Syphilis is a sexually transmitted infection or STI. It occurs when the bacterium Treponema pallidum enters the body through mucous membranes. Mucous membranes reside at openings in the body, including the genitals, and this is where diseases of this type are commonly contracted. Damaged skin, such as open sores, can also let the bacterium through. Although syphilis resembles AIDS in various ways, it is relatively treatable. Syphilis has three stages of development. The first two stages aren't lethal, nor do they present with particularly dangerous symptoms. However, stage three can have devastating effects on the individual. Syphilis is one of the most common and most dangerous STIs. Antibiotics can successfully treat this illness. However, due to the variety of symptoms and the fact that syphilis can lay dormant for extended periods, it is often hard to detect. By paying attention to the following ten symptoms, it will be easy to conclude whether this specific disease is present.

One of the symptoms of syphilis are small and painless sores or ulcers that develop on the body. This mostly occurs in the genital, rectal and oral areas, although the sores can appear on other body parts as well. Look at pictures of similar sores to work out whether syphilis is a possibility. These sores and ulcers will disappear without treatment after approximately six weeks. Medication can also get rid of them. On rare occasions, sufferers have only a few sores and may confuse them for symptoms of another illness. 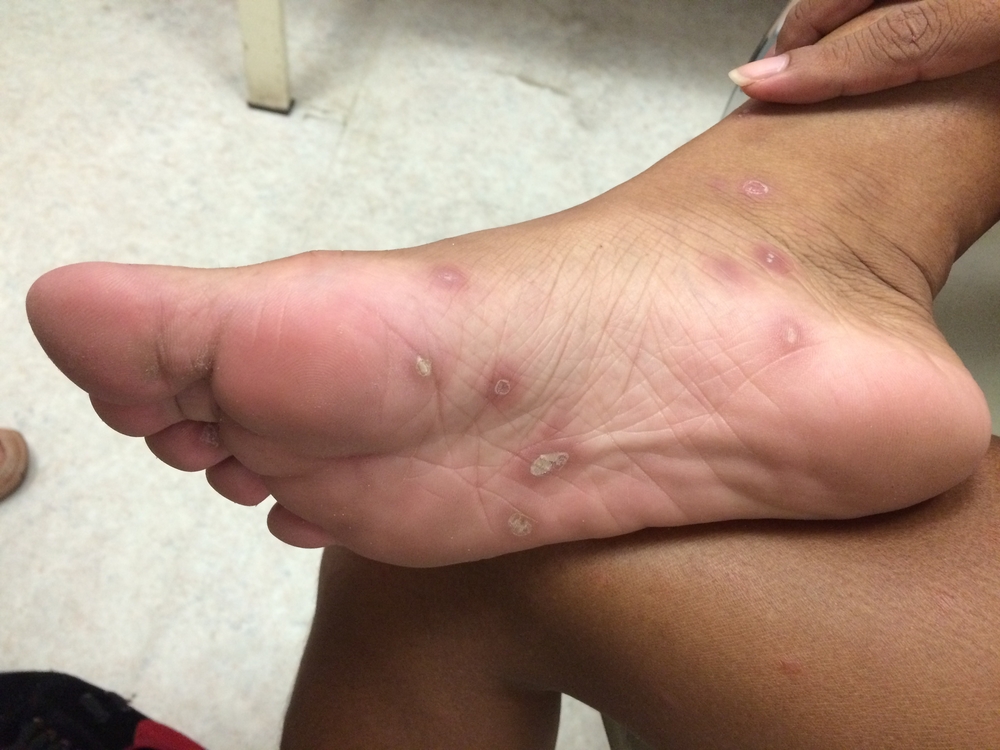