Rheumatoid arthritis, also known as RA, is a type of arthritis that affects the joints of the body. The areas most likely to be affected may include the hands, elbows, wrists, legs, and ankles. Even though this condition affects the joints, it may also affect other parts of the body, such as the eyes or lungs. RA, which is the most common type of autoimmune arthritis, is caused when the immune system mistakenly attacks the joints of the body, causing a wide variety of symptoms to appear. The good news is that RA has an excellent prognosis, and if the correct steps are taken, its debilitating effects may be greatly reduced.

Being tired is a normal part of everyday life. But when it becomes excessive, it may interfere in quality of life of those who have rheumatoid arthritis. People with this condition commonly report fatigue as one of their symptoms. In fact, up to 98 percent of RA patients have felt fatigue at some point, experiencing severe weariness or exhaustion that doesn't dissipate with sleep, and feeling tired even after a full night's sleep. Fatigue may be acute or long-lasting. Sometimes, even if their joints feel fine, RA patients may experience an increase in fatigue. 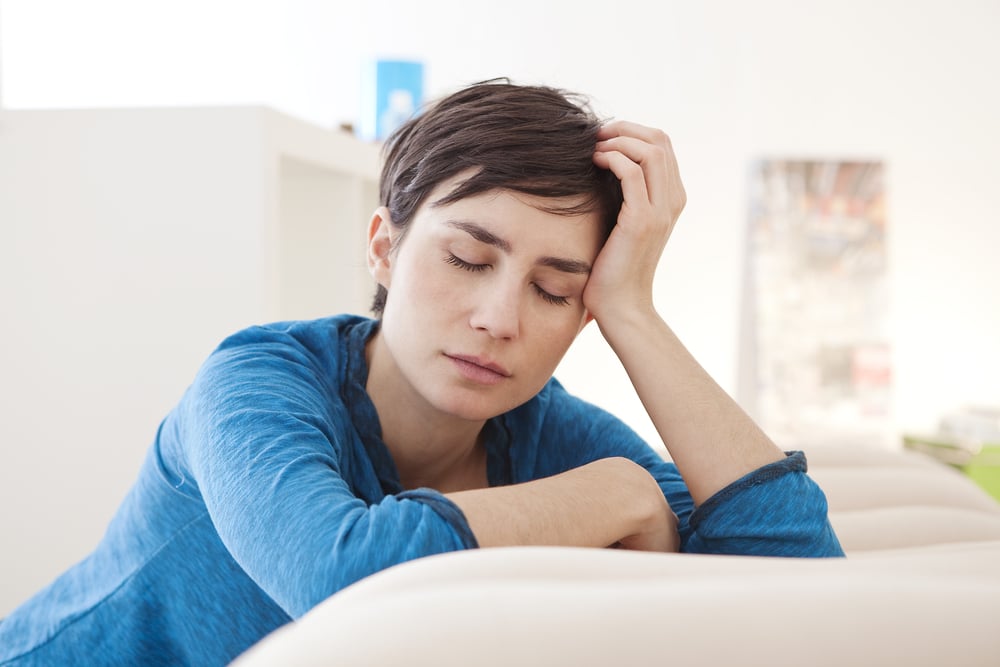 Many people with rheumatoid arthritis may also develop symptoms that do not directly affect the joints or the areas around them. These symptoms are general and can be an indication of many different ailments. They include a general lack of energy, fever, excessive sweating, a poor appetite, weight loss, dryness of the eyes and chest pain. Consult your doctor if you experience any of these symptoms to rule out more dangerous conditions. 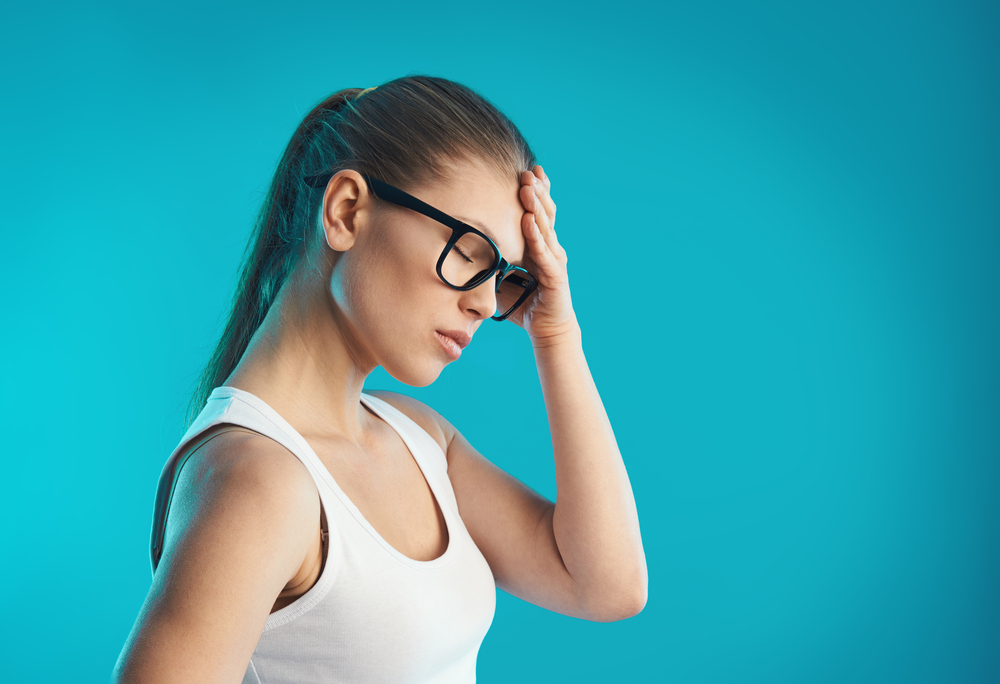 Another characteristic symptom of rheumatoid arthritis is swelling of the joints. This happens when the lining of the affected joints becomes inflamed, causing the joints to swell. As a result of the swelling, the joints may also appear hot and tender to touch. In some cases, firm swellings known as rheumatoid nodules may develop underneath the skin around the affected joints. To reduce swelling, apply a topical lotion and drink plenty of fluids. In any case, consult your doctor before attempting any home remedies for the treatment of RA. 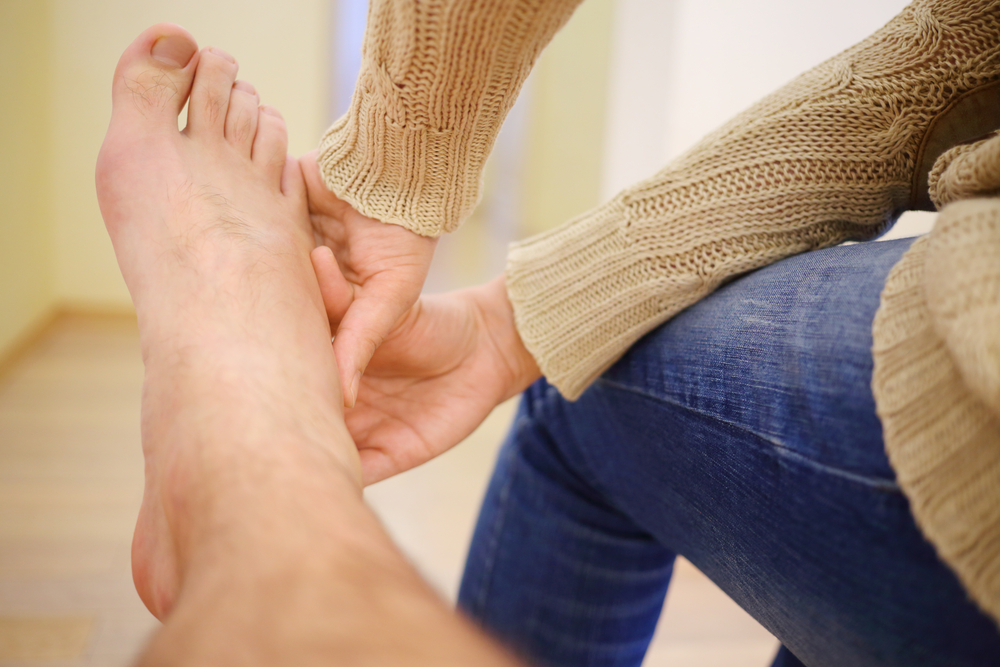 One of the most likely parts of the body to experience rheumatoid arthritis-related pain is the foot. A particularly sensitive zone is the forefoot, due to a large amount of nerves present in this area. Because of this, many women with RA are unable to wear heels comfortably. In fact, many women first discover that they have RA because of a visit to their foot doctor, who then refers them to a specialist. In some cases, people with RA may at the same time develop a condition known as plantar fasciitis, caused by the swelling of the tissue at the bottom of the foot. 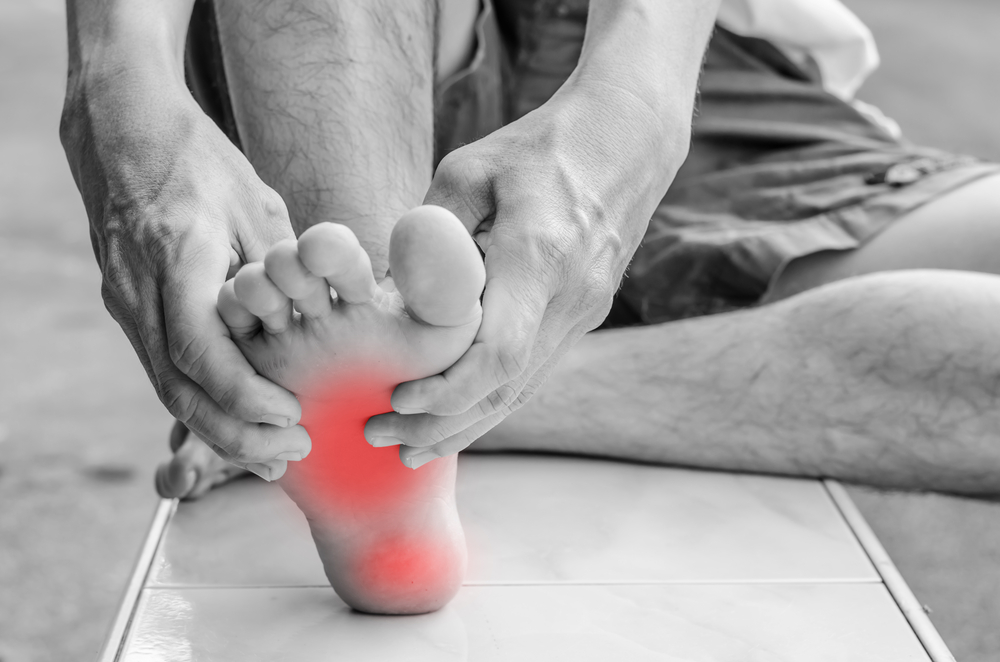 Numbness or Tingling in the Hands

Another frequent symptom of rheumatoid arthritis is numbness or tingling in the hands. This condition, known as carpal tunnel syndrome, is characterized by an electric or painful feeling in the wrists or hands, as when you accidentally hit your funny bone. However, carpal tunnel syndrome is caused by the swelling of the arm's nerves and may lead to difficulty sleeping at night or working with your hands. 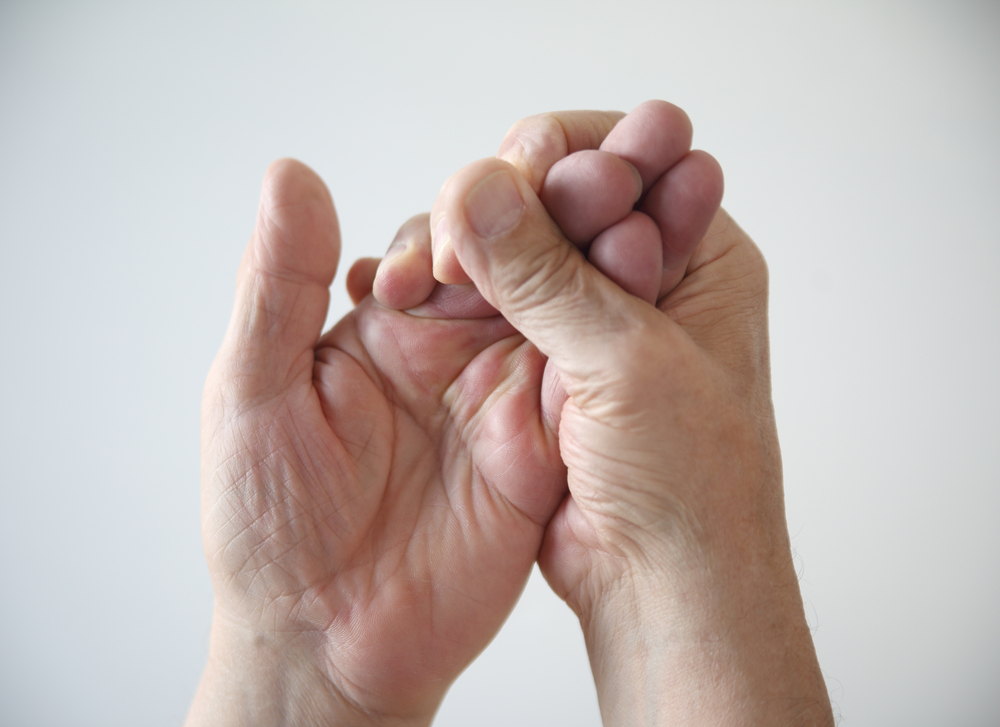 Rheumatoid arthritis patients are not only affected by symptoms related to joints. They are also more likely to develop eye-related conditions, such as Sjogren's syndrome. Sjogren's syndrome is an autoimmune disorder that causes the eyes to become dry. It can also affect other areas of the face, such as the mouth, nose, throat or the skin. The cause has to do with inflammation that stops glands from releasing moisture. In some cases, Sjogren's syndrome may develop at an early stage of RA, which is why many people are referred to a rheumatologist after visiting an eye doctor. 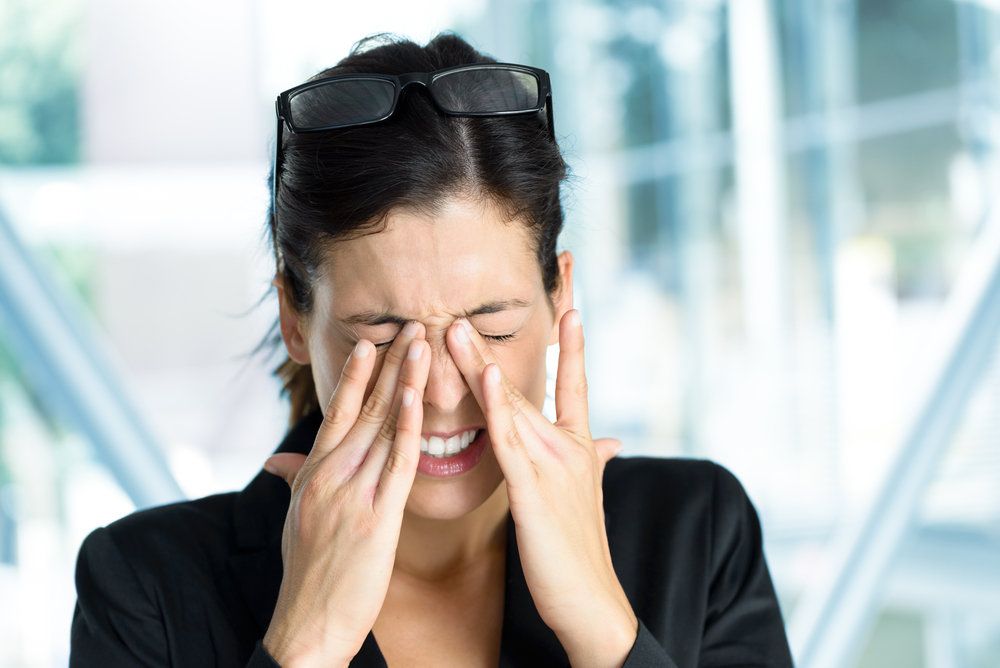 People with rheumatoid arthritis commonly report achy joints as one of their most unpleasant symptoms. Sometimes, people mistakenly believe that their pain is caused by overexertion or osteoarthritis, the type of arthritis common among older people. In other cases, achy joints are misdiagnosed as fibromyalgia or even chronic fatigue syndrome. Long-lasting pain characterizes achy joints in rheumatoid arthritis (lasting up to or more than a week). It can be symmetrical, meaning that both hands, feet, or elbows are affected simultaneously. Other parts of the body, like ankles, can also be affected, even though they are not as likely to be affected as the hands or elbows. 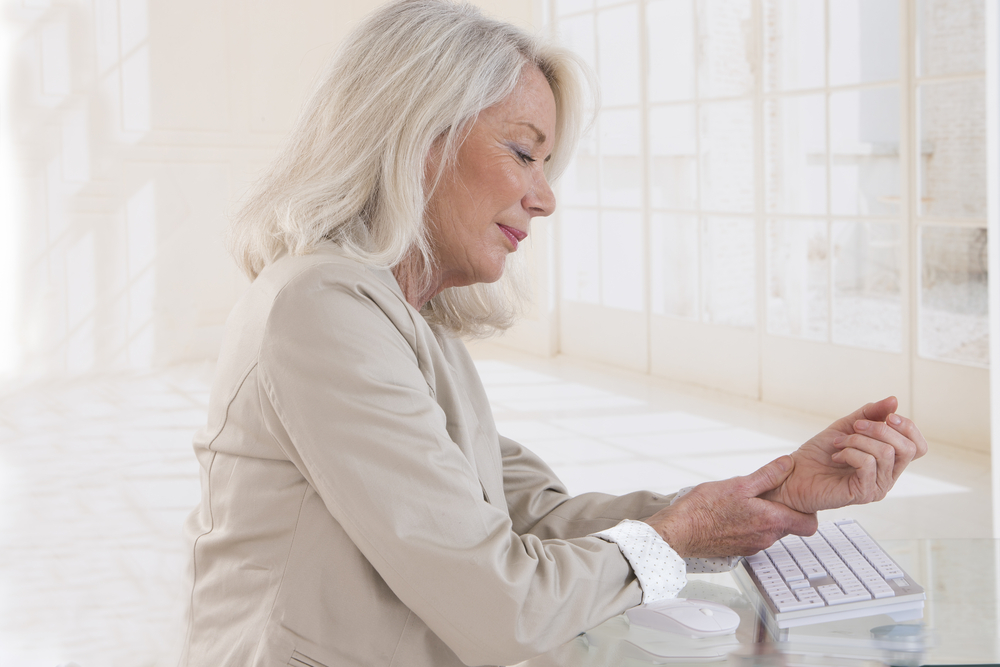 One of the most common symptoms of rheumatoid arthritis is stiffness in the joints in the morning. Stiffness is common after long periods of inactivity, such as sleeping. Because the joints aren't allowed to move, they become stiff and painful. Swelling may also occur when waking up. For people who have rheumatoid arthritis, the stiffness may linger on for a large part of the day. To alleviate symptoms and reduce your likeliness of getting morning stiffness, consider daily exercises to relax the muscles. These can be performed before going to bed and after waking up. 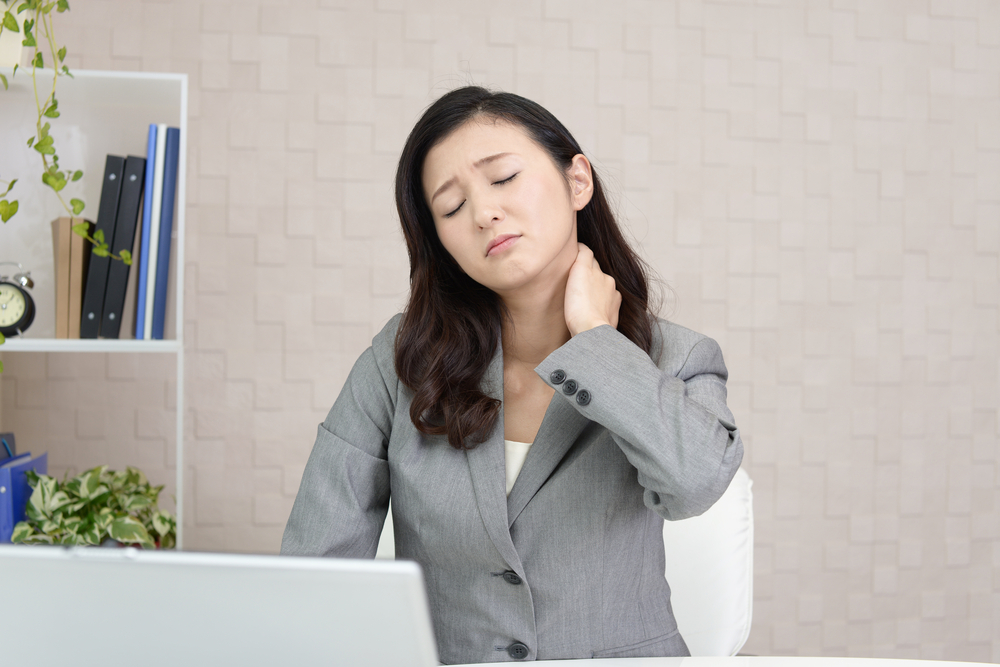 A common and painful symptom that many people with rheumatoid arthritis report are locked joints. Locked joints can affect different parts of the body but are most likely to appear in the knees and elbows. The cause of this symptom has to do with the number of tendons located around the joint, which become inflamed. Consequently, it may feel difficult to move the arms or legs. Locked joints can be painful lead to a reduced quality of life. Often, locked joints may lead to cysts that form behind the knees, further complicating movement. 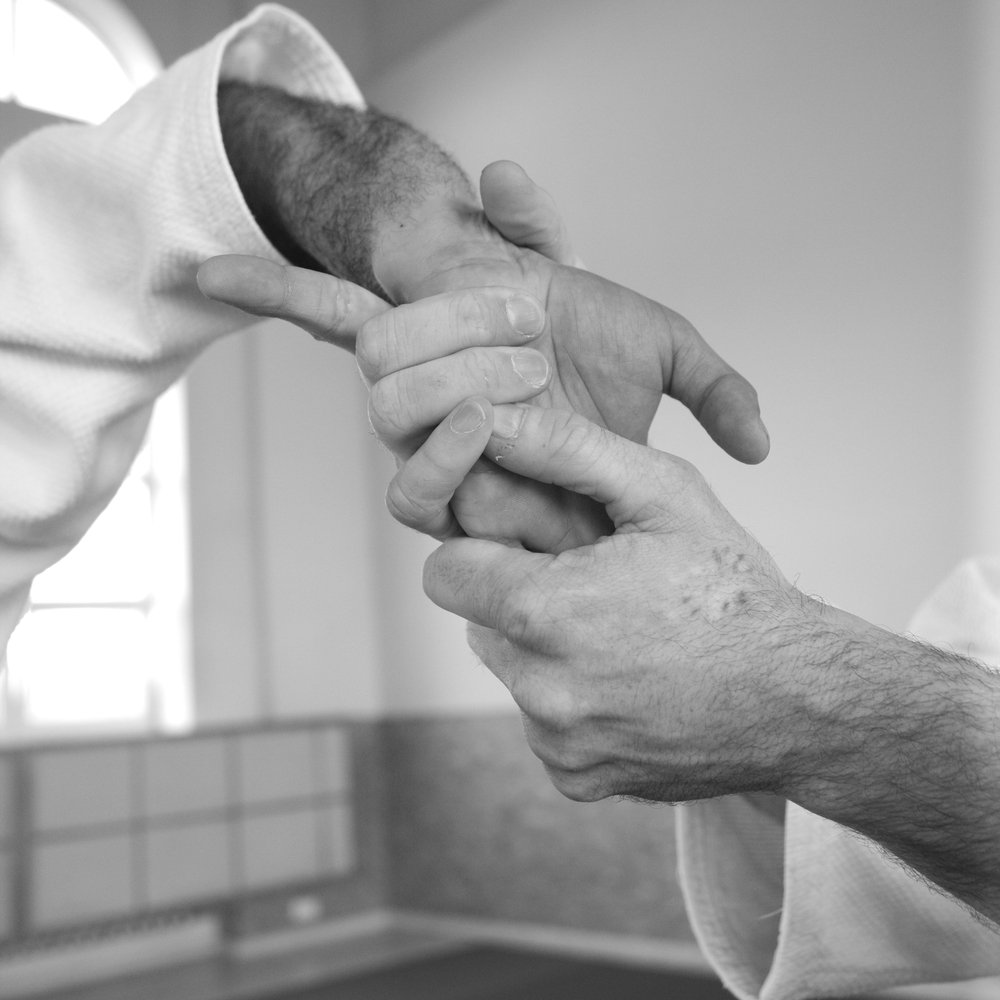 Nodules are semi-hard lumps that form under the skin near the affected joints. They can appear in many parts of the body but are most likely to develop at the back of the elbows, and some people have even reported developing them in their eyes. The amount of nodules that develop in a patient depends on how advanced the condition is. Even though nodules are more likely to appear in people who have advanced rheumatoid arthritis, they can appear at any stage and affect people of all ages. In some cases, the nodules are reminiscent of gout, which is another form of arthritis. 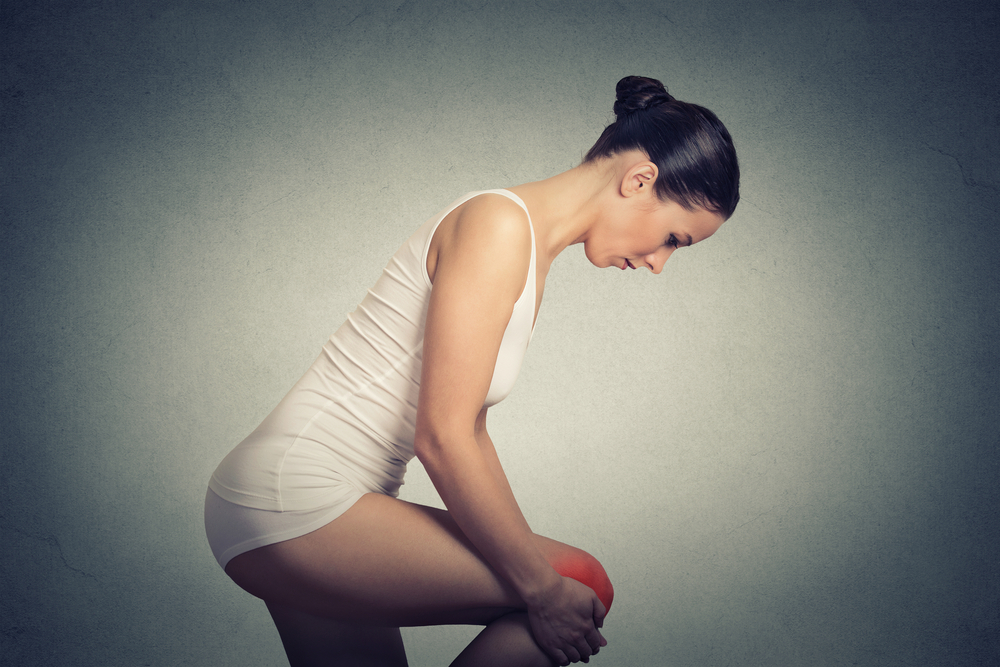