CRPS and reflex sympathetic dystrophy specifically feature pain that originates deep within the limbs. People who experience the pain describe it as a stinging, tearing, or burning sensation. In some cases, a light touch on the skin of a person with reflex sympathetic dystrophy causes extreme pain. Some individuals even develop complete sensory loss. Many reports describe becoming progressively numb. 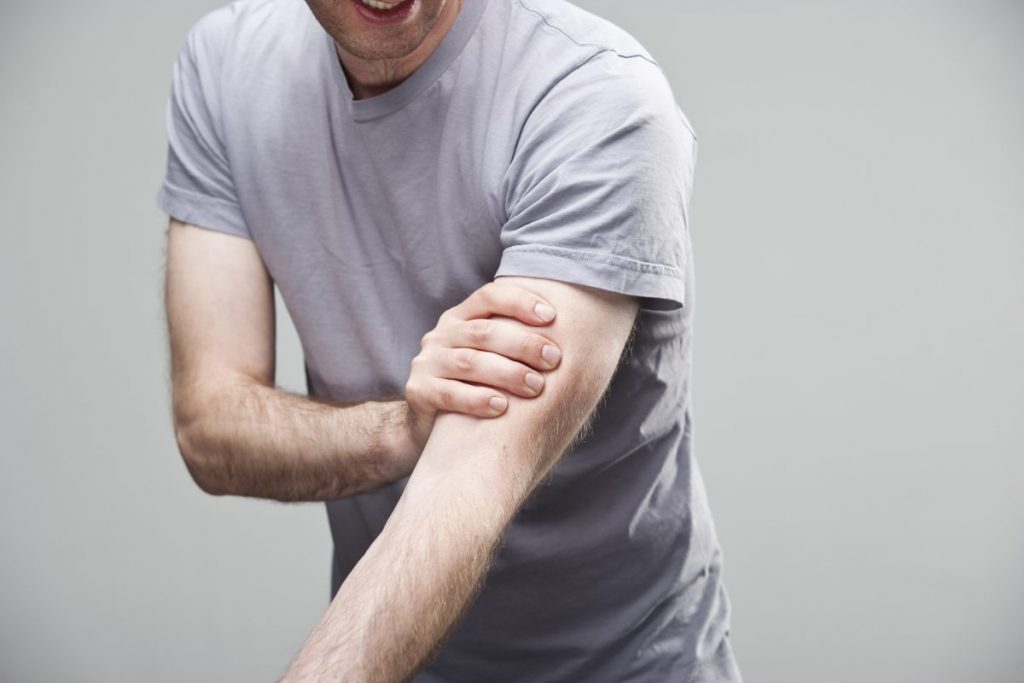 Along with the pain and sensory changes, several other symptoms may appear. People with reflex sympathetic dystrophy commonly develop red, warm, and swollen limbs. This may change as the condition progresses, leading to colder skin with a dark or blue color. Regardless of the color or temperature of the skin, swelling is usually present. Sometimes the skin becomes thin and shiny. The condition can also affect nail and hair growth near the affected area. 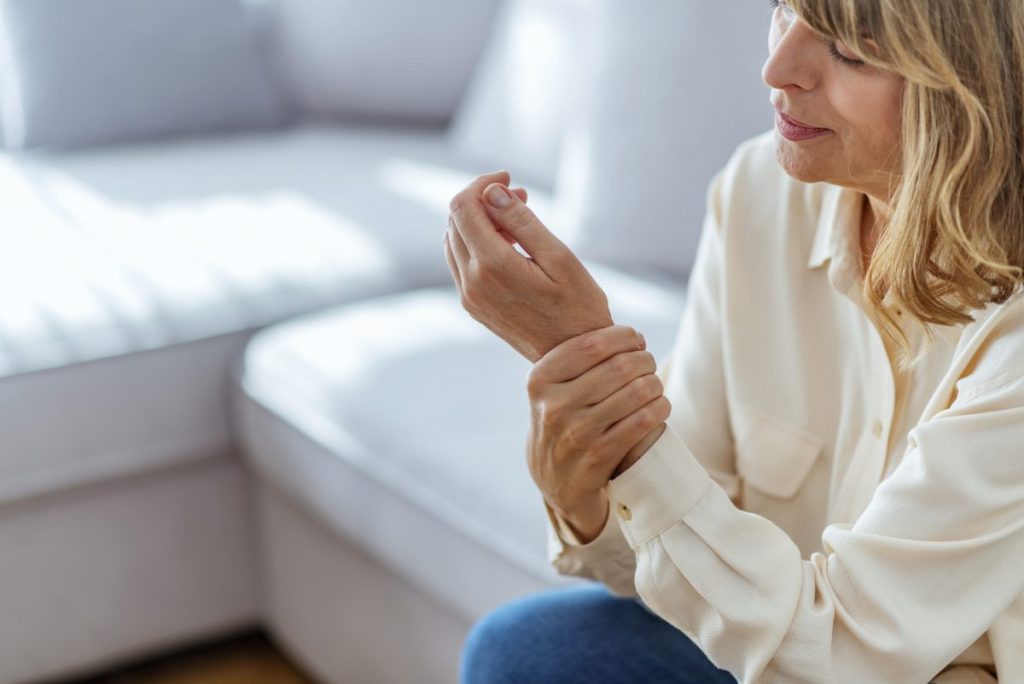 Most people with CRPS and reflex sympathetic dystrophy experience some level of motor impairment, the most common of which are general weakness and reduced range of motion. However, the condition can cause many limitations of the limbs, including a loss of grip strength. Eventually, people with CRPS may even develop dystonia — uncontrollable spasms or muscle contractions. 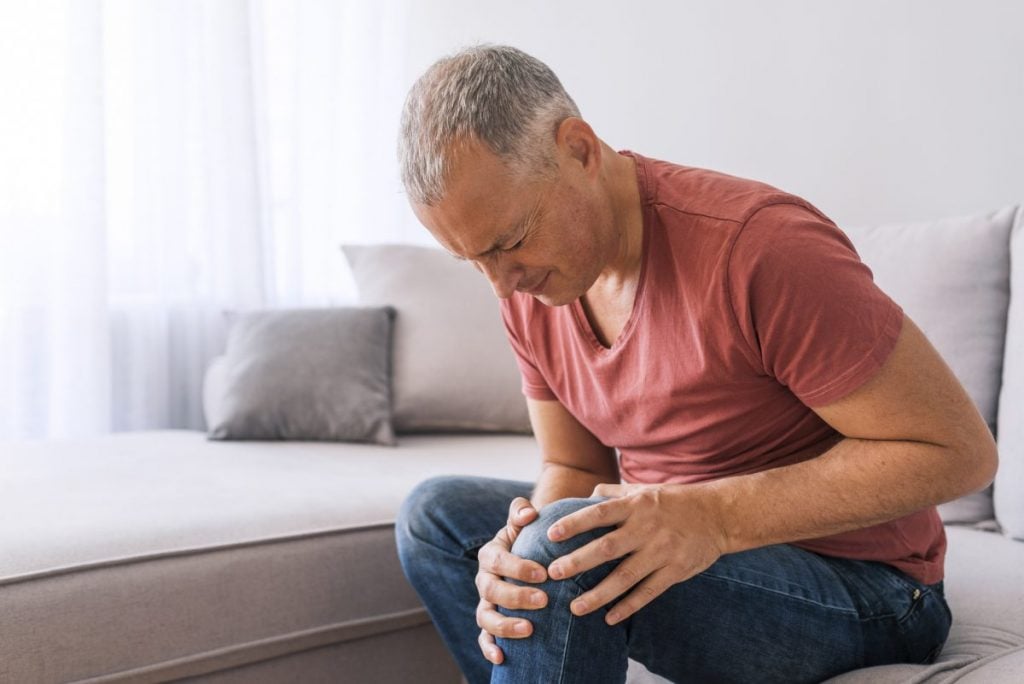 Currently, doctors are not sure of the exact causes of CRPS or reflex sympathetic dystrophy. However, the latter type often develops in people with a history of immobilization, and this state also appears to worsen existing symptoms. Given the color and temperature changes and swelling that develop as the condition progresses, it is possible that inflammation also plays a causal role. Reflex sympathetic dystrophy may also be inheritable, though geneticists have yet to identify a clear genetic pattern. Psychological issues such as depression and anxiety may also precede or aggravate symptoms. 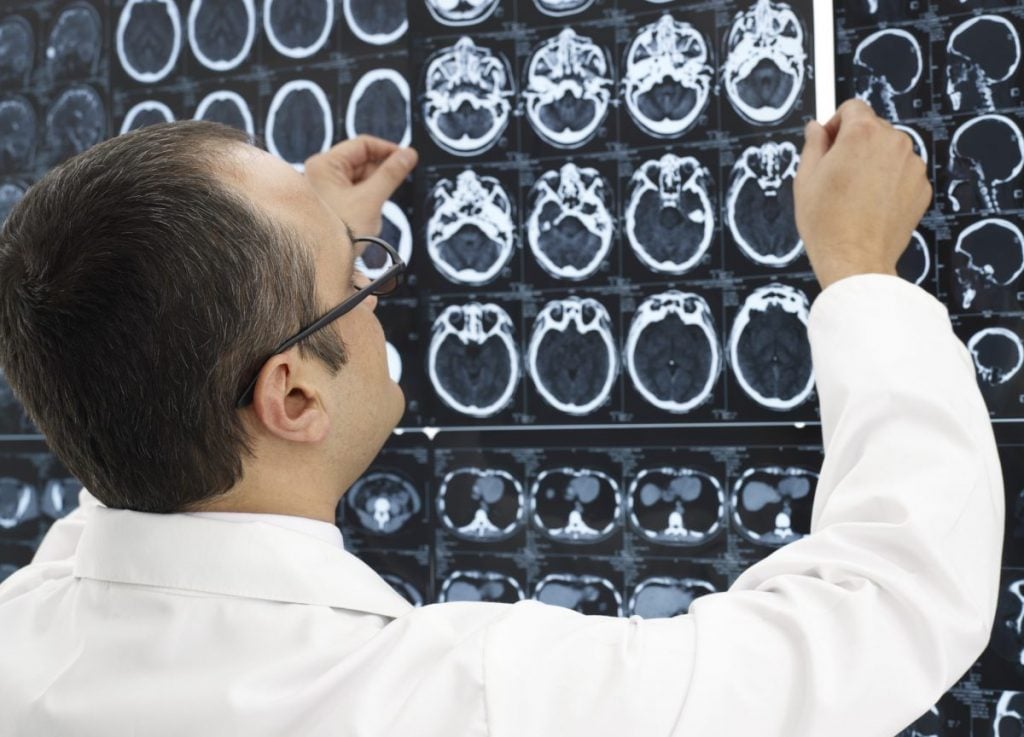 Doctors generally suspect CRPS if symptoms appear several weeks after some form of limb trauma, and there is no evidence that the trauma caused the issues. To diagnose CRPS, physicians often use the four-part Budapest criteria:

To diagnose reflex sympathetic dystrophy specifically, doctors will look for signs that distinguish it from other types of CRPS, such as a lack of nerve damage. 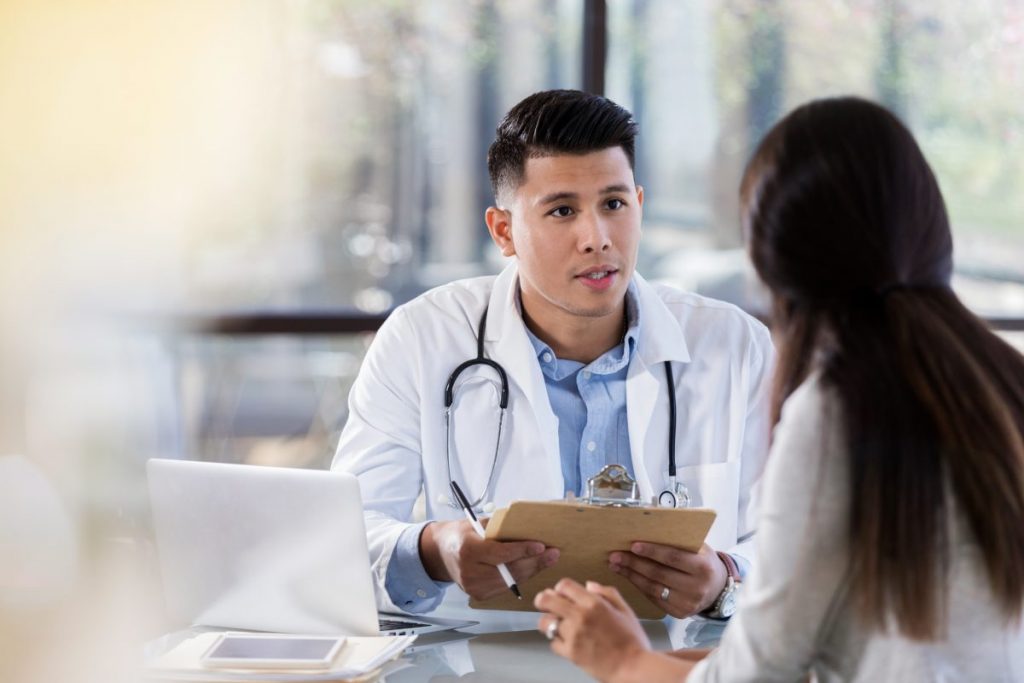 There are several possible treatment methods for reflex sympathetic dystrophy. Physical therapy is a popular choice; exercises and professional manipulation of the problematic area increase blood flow. Exercise also helps increase the affected area’s strength, flexibility, and function. Rehabilitation alongside physical therapy can prevent or reverse the brain changes that develop due to chronic pain. 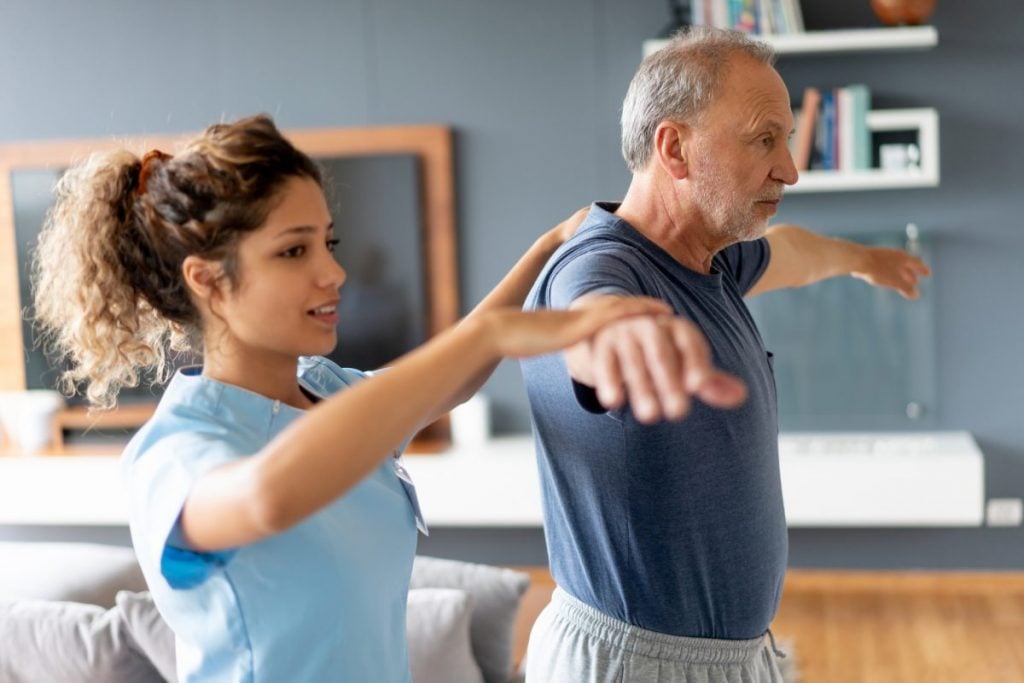 Most disabling conditions have psychological symptoms. People with CRPS and reflex sympathetic dystrophy can develop anxiety or depression, and there are also reports of PTSD. Each of these secondary conditions can worsen the perception of pain, making the condition significantly more difficult to manage. Counseling or psychotherapy can help improve these additional symptoms as the person follows their treatment path. 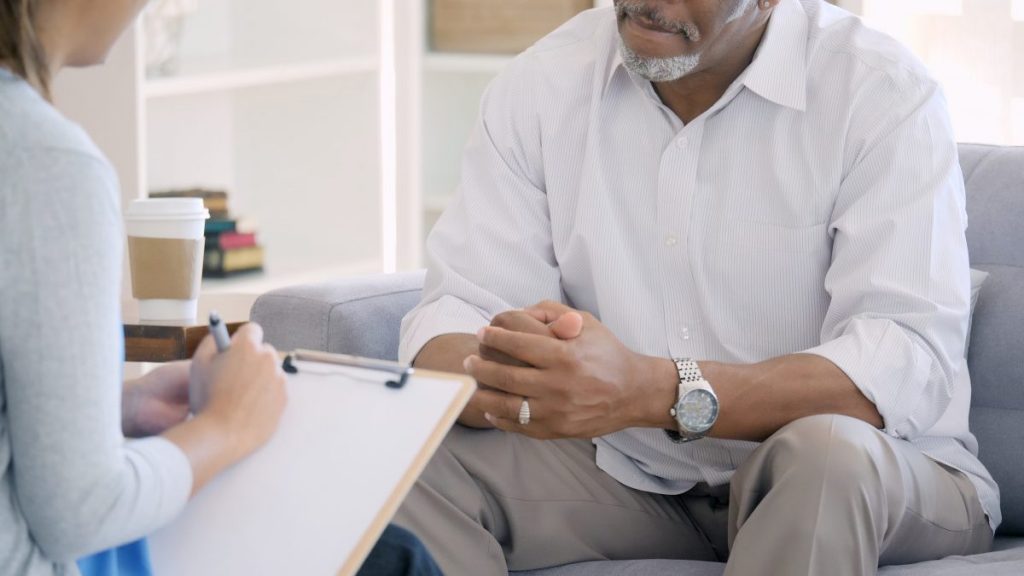 Though there is no official medication for CRPS or reflex sympathetic dystrophy, doctors may prescribe a variety of drugs to treat the condition. Over-the-counter non-steroidal anti-inflammatory drugs (NSAIDs) manage moderate pain, while prescription options can help with more severe issues. Corticosteroids treat inflammation and reduce swelling, particularly early in the condition’s progression. Some depression or seizure medications may help, as well.

CRPS causes a wide range of prognoses. Younger individuals have a better chance of positive results from treatment. Older individuals can have good outlooks, but they’re more likely to experience pain and impairment after treatment. Clinical studies have yet to measure the full effects of physical therapy and rehabilitation as treatments, but anecdotal evidence suggests they are highly effective. As research continues, it is likely experts will develop more directed treatments and positive results. 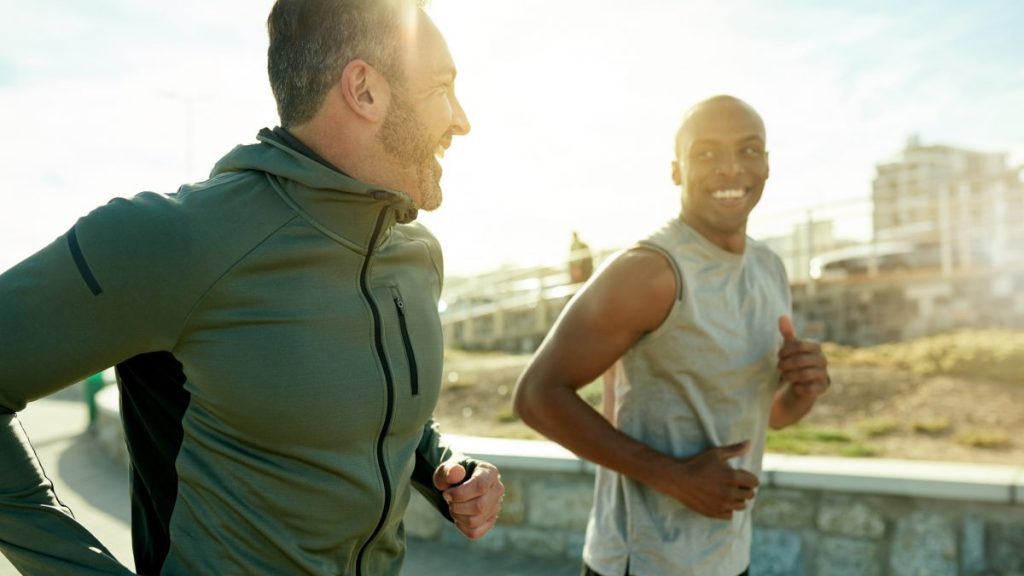 Females develop CRPS three to four times more often than males. Additionally, it is more likely to affect those between 37 and 70 years of age. If the condition does appear in children, they are generally between seven and nine. CRPS appears most often in people of European ancestry. A recent United States study found that reflex sympathetic dystrophy developed in five people out of every 100,000 each year. 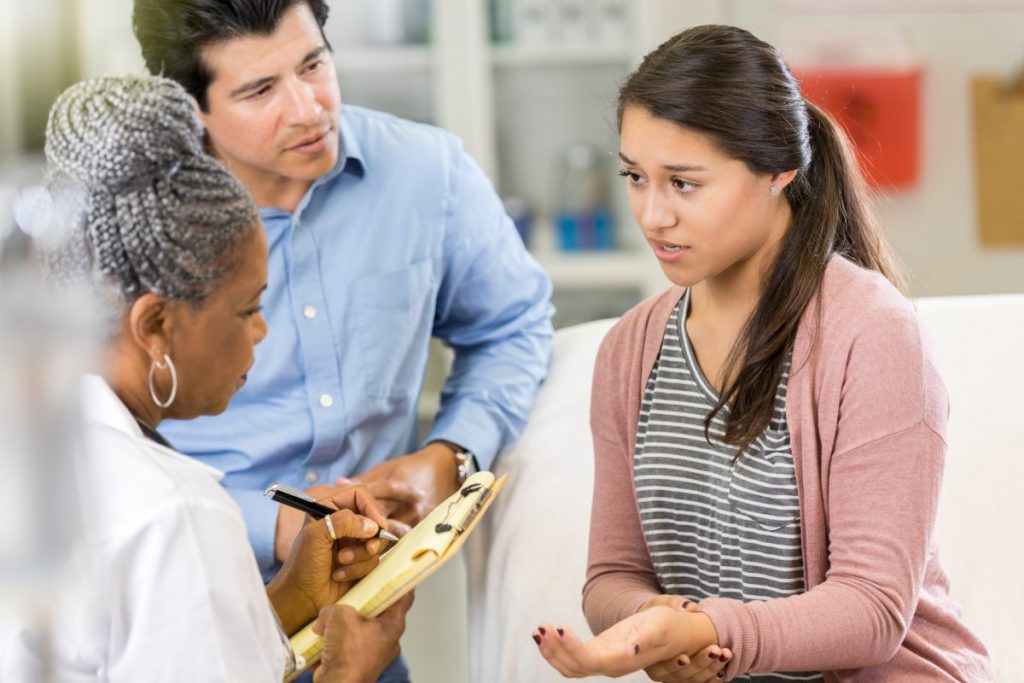