Causes and Effects of Demyelination

A demyelinating disease is any nervous system condition that damages the myelin sheaths of neurons. These sheaths cover many nerve fibers throughout the body and play important roles in nerve transmission. As such, demyelination can have serious neurological consequences. Many diseases involve demyelination, and there are several classifications for these diseases, depending on which nerves they affect and how. Demyelination can have many symptoms, depending on the disease, affected region, and other factors.

Nerves send and receive signals from all over the body and then process them in the brain, allowing humans to see, feel, smell, speak, and think. Nerves consist of neurons with a cell body, dendrites, and axons. The latter send messages between neurons and connect them to other cells. The myelin sheath protects the axons and allows signals to travel faster. Depending on where and how myelin forms, the sheaths differ chemically and immunologically. This is where the classifications for demyelinating diseases originate. Demyelination refers to damage to the myelin that does not damage the axons. It tends to be segmental or patchy, meaning that it affects multiple areas. 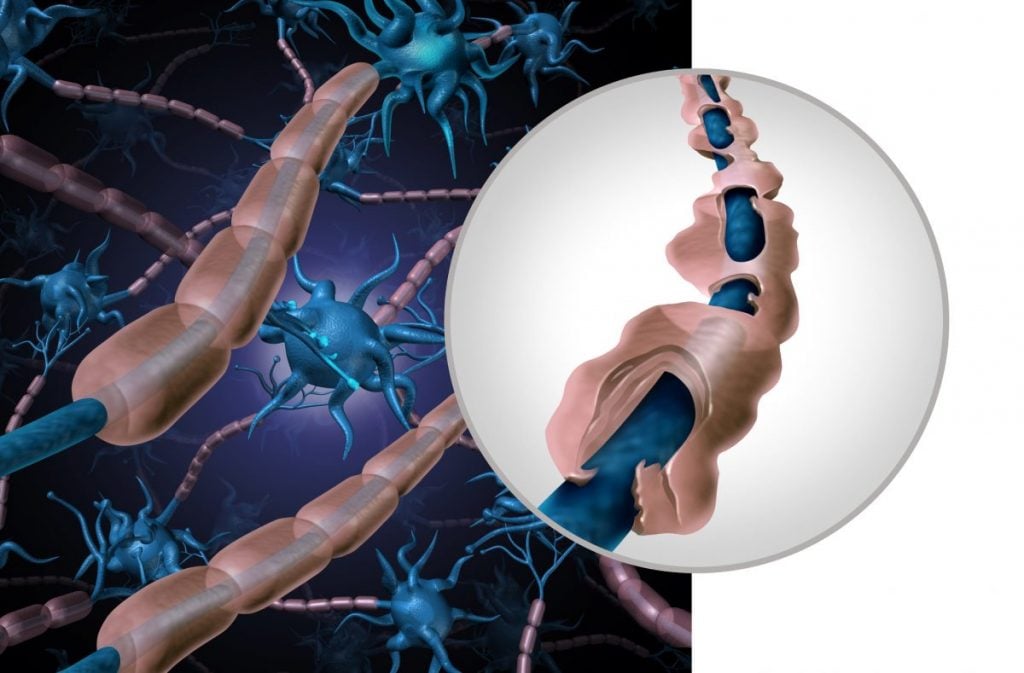