What is Ramsay Hunt Syndrome?

Ramsay Hunt syndrome, also called herpes zoster oticus, is a neuro-dermatologic condition, meaning it affects the skin and underlying nerves. The syndrome was first discovered and explained by Dr. J. Ramsey Hunt in 1906. His original work on the subject was not published until 2007. Ramsay Hunt syndrome or RHS affects five out of every 100,000 people in the United States. The shingles vaccine may prevent the disease, but it is not 100% effective.

Cause of Ramsay Hunt Syndrome

The varicella-zoster virus causes Ramsey Hunt syndrome. It is the same virus that causes chickenpox and shingles. People infected with chickenpox recover, but the virus never leaves the body. It exists in a dormant state until something triggers it to become active again. Ramsay Hunt syndrome results from a shingles outbreak near the ear. People who have had shingles have the highest risk of developing RHS. 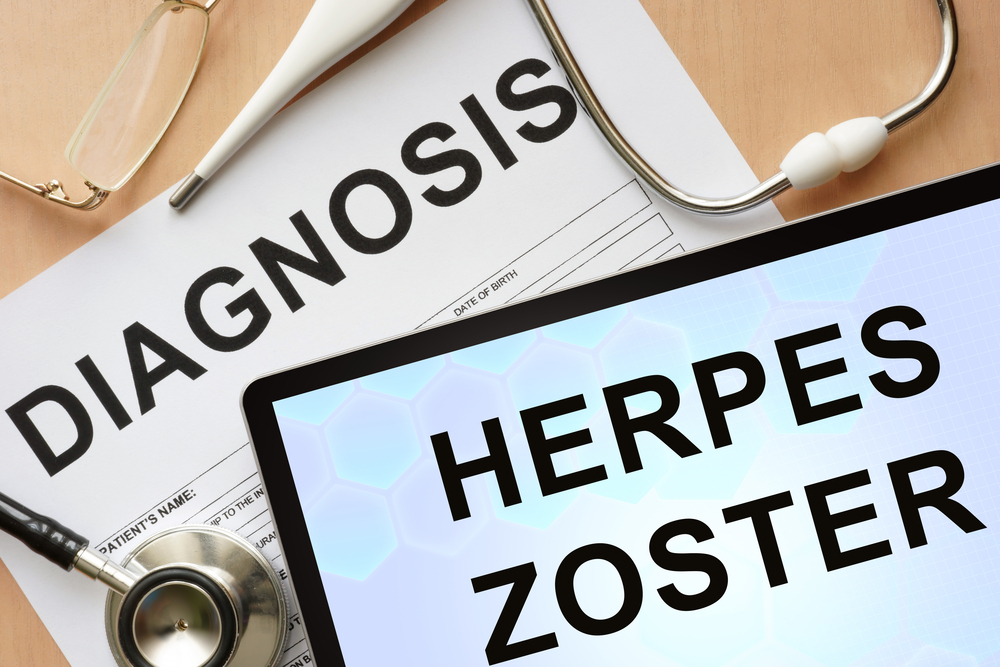 The dormant varicella-zoster virus hides in nerve tissues after an active infection of chickenpox. Shingles outbreaks occur along nerves because the virus itself affects nerve tissue. RHS occurs when the virus reactivates along sensory nerves in the face. The 7th cranial nerve and 8th cranial nerve (the auditory or vetibulocochlear nerve) are the most common sites of RHS. These nerves run parallel to each other in a small area called the facial canal. The nerves are so close together that RMS almost always affects both simultaneously. 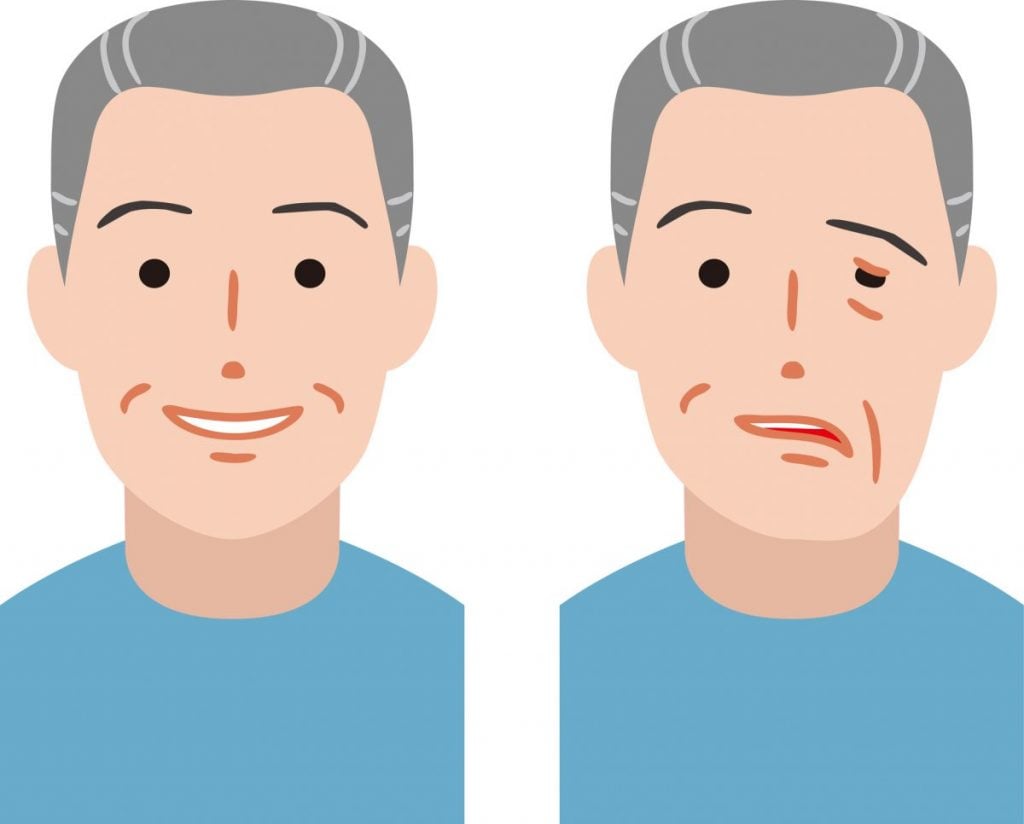 The three signature symptoms of Ramsey Hunt syndrome are a rash on or around the ear, ear pain, and facial paralysis. Most cases are unilateral, which means symptoms only appear on one side of the face, but RHS can affect both sides. The rash is red and bumpy with numerous fluid-filled blisters and can develop inside the ear as well. 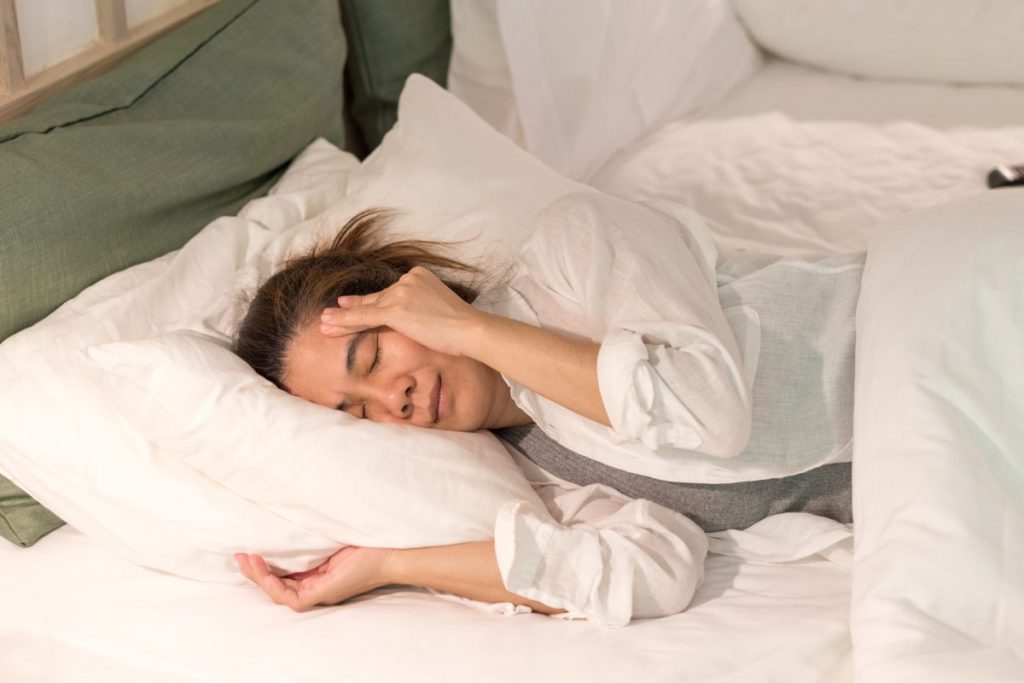 The classic triad of symptoms does not occur in every case of RMS. Additional symptoms include nausea and vomiting, dizziness, vertigo, hearing loss, and tinnitus or ringing in the ears. Some people experience hyperacusis, which causes them to experience sounds as much louder than they really are. Dry mouth and loss of taste occur if the rash affects the mouth and throat. A runny nose, watery eyes, and nystagmus, involuntary eye movements, sometimes follow facial pain. 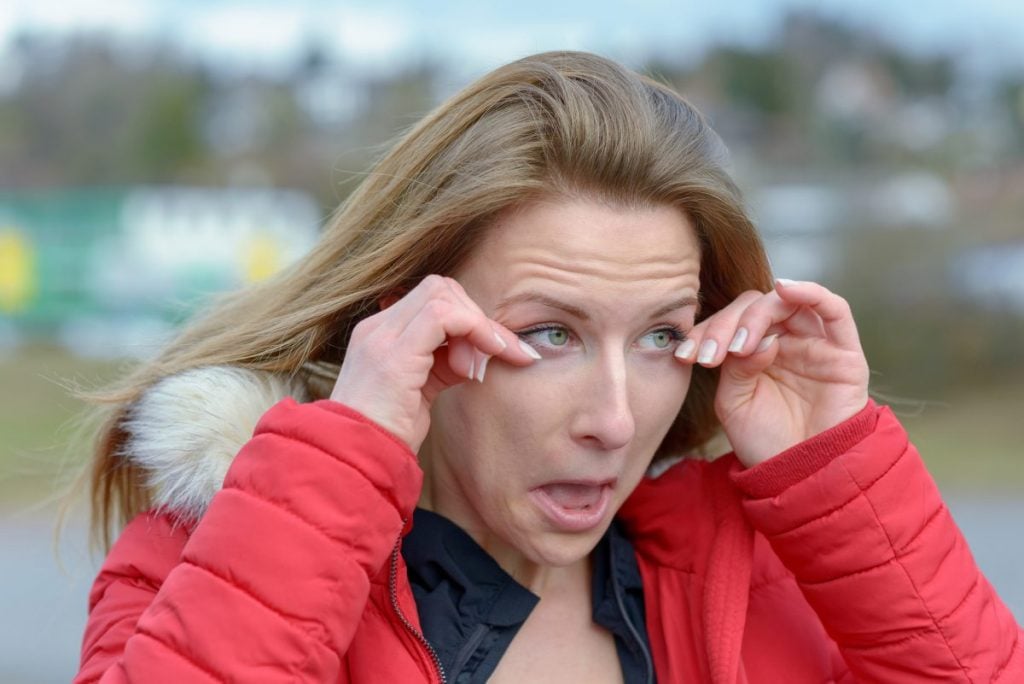 Ramsey Hunt syndrome type 2 occurs far more often than type 1. The former refers to the version of RHS that comes from a reactivation of the varicella virus. RMS type 2, also referred to as Ramsay Hunt cerebellar syndrome, is a rare degenerative neurological disorder. It becomes active in young adulthood, and symptoms include tremors, involuntary muscle movements, muscle weakness, and myoclonic seizures.

Doctors usually diagnose RMS in people over the age of 60 or those with compromised immune systems. Bell's palsy is a common initial misdiagnosis of RMS because both conditions cause one-sided facial paralysis. Medical care providers look at a patient's medical history and recognize RMS more easily if he or she has presented with the signature rash. They may analyze blood, saliva, or ear swab samples, as well. 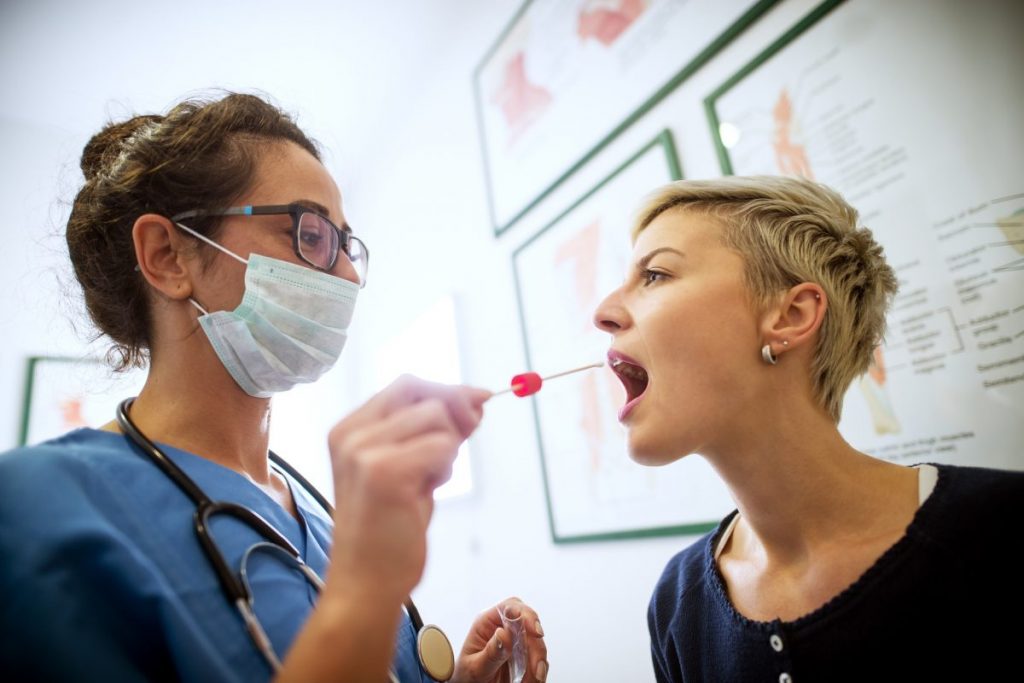 Doctors prescribe antiviral medications and corticosteroids to treat Ramsay Hunt syndrome. Treatment has a higher success rate if it begins within three days of the first observable symptoms. RMS can lead to corneal damage and loss of vision. The eye on the affected side of the face does not produce tears to clear irritants and lubricate the eye. The facial nerve damage that causes muscle paralysis also prevents the eyelids from closing completely and interferes with blinking. Treatment usually includes eye drops and ointments to lubricate the eyes and prevent corneal abrasions. 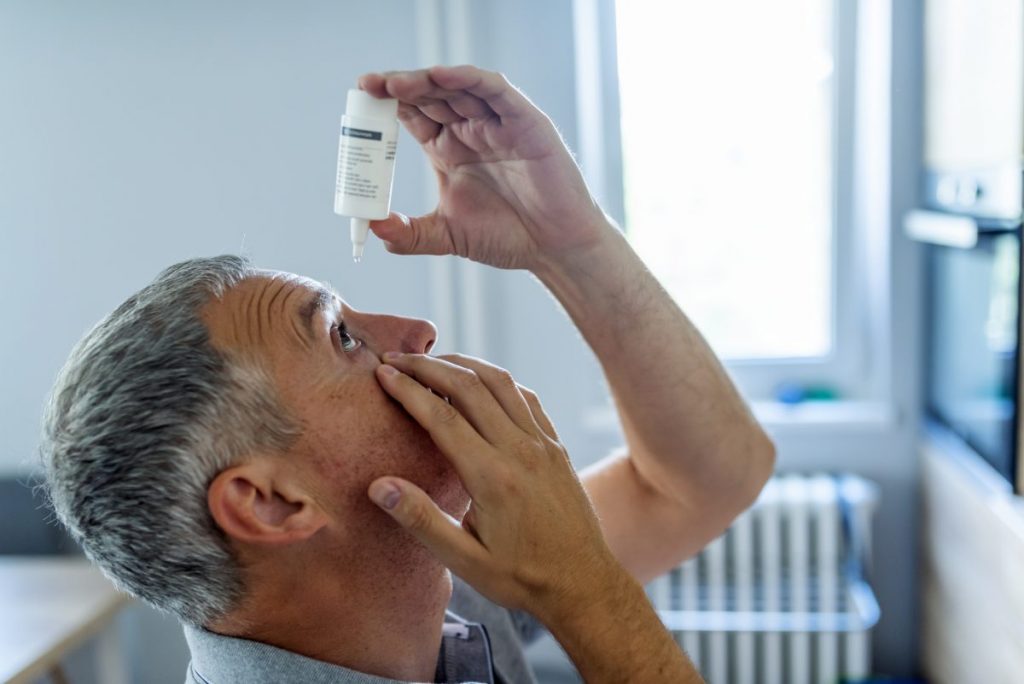 Treatment of RMS frequently involves treating symptoms as they appear. Anti-seizure medications control neuralgic, or nerve, pain, and opiates may be necessary for extreme pain. Anticholinergics and antihistamines relieve vertigo to prevent nausea and vomiting. Nerve blocks and local anesthetics ease pain and mitigate paralysis in severe cases. Nonsteroidal anti-inflammatory drugs or NSAIDS relieve pain and discomfort from the rash, and cold compresses may relieve pain and swelling in the area. 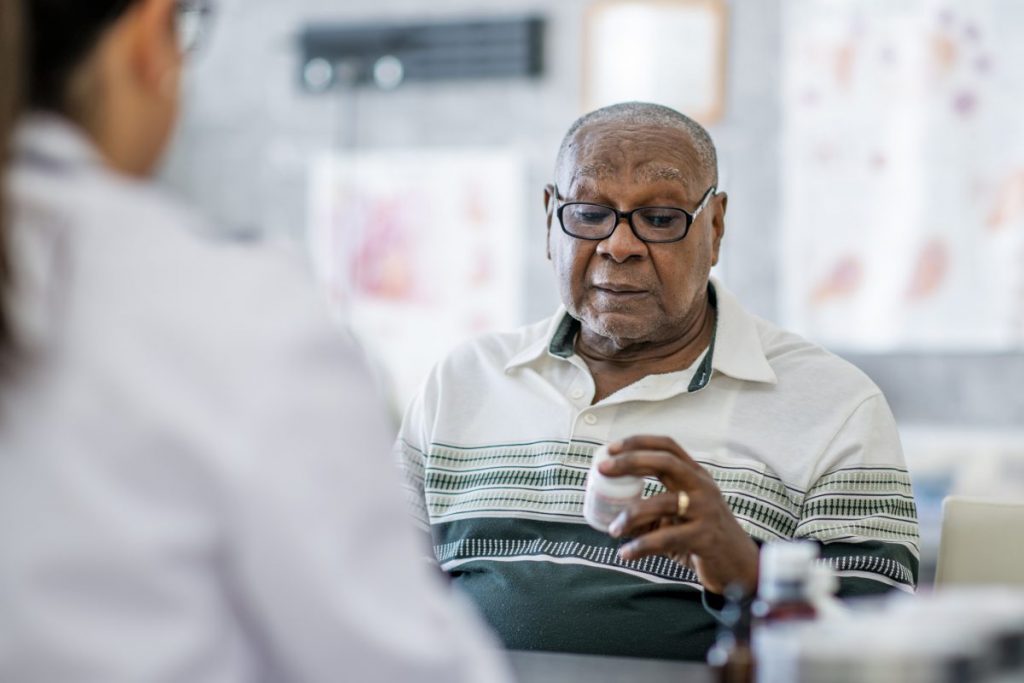 People experiencing Ramsey Hunt syndrome need to pay special attention to dental care. The paralysis on one side of the face leaves mouth muscles weakened or locked in abnormal positions. The facial nerve paralysis can also inhibit the function of the salivary glands, leading to dry mouth, and decaying food can stick to the teeth and gums on the affected side. People experiencing paralysis should brush their teeth two or three times per day and clean thoroughly after eating. 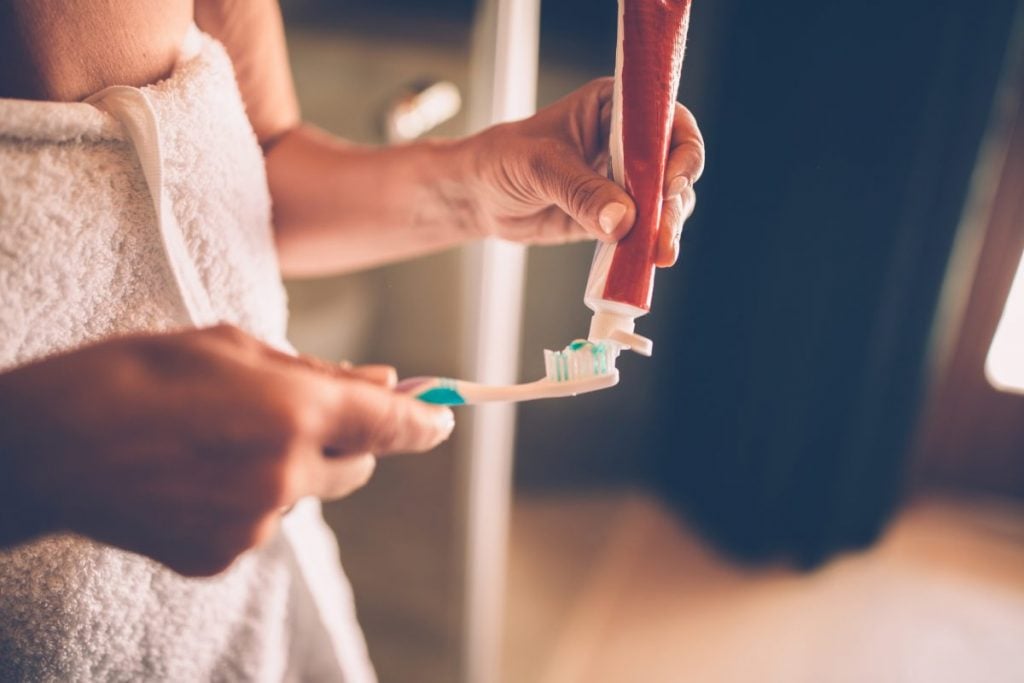 Although treatment can reduce symptoms of Ramsay Hunt syndrome, many people experience some degree of permanent damage. Like shingles, RHS is a reoccurring condition; people that develop it once are at increased risk of developing it again. Postherpetic neuralgia refers to pain and muscle paralysis that persist after the outbreak of diseases like RHS. Permanent effects include a drooping eyelid on the affected side of the face, altered sense of taste, vision loss from corneal scar tissue, slurred speech, and difficulty eating or drinking. Physiotherapy can reduce the severity of these effects. 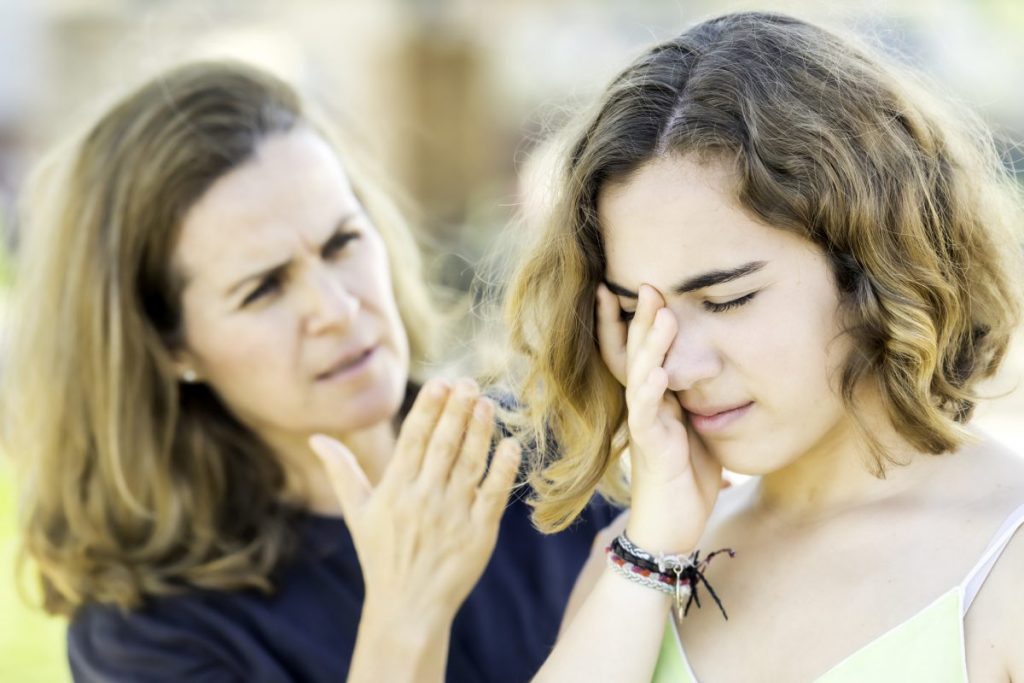