Dysphagia is a difficult or abnormal sensation when swallowing; the issue affects around 20% of people over 50, but problems with swallowing are not a normal part of aging. Neurological disorders, cancers, head or neck injuries, and missing teeth can all contribute to swallowing difficulties. Many tests and treatments are available, and research is ongoing around the world to better understand and manage dysphagia.

The Phases of Swallowing 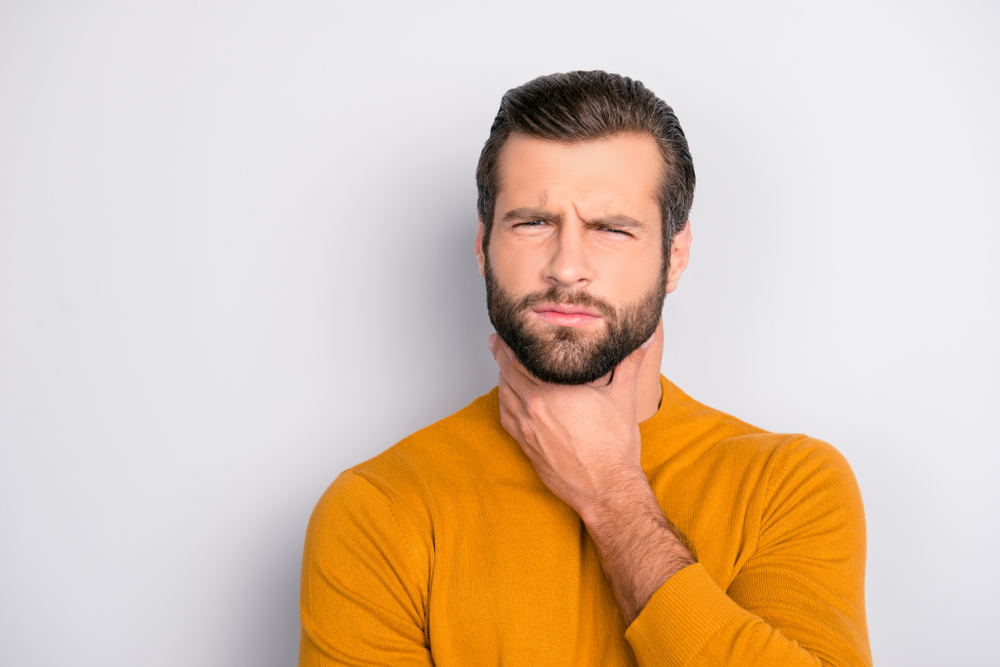 Signs of dysphagia include a cough during or shortly after eating or drinking. Some people feel food, liquids, or pills stick in the throat. Additionally, they may find it requires more effort to chew and move food from the mouth into the upper throat, or vomit and be unable to keep food or drink down. In some cases, a person's voice changes after eating, and breathing becomes difficult after meals. People with dysphagia may also experience pain when swallowing. 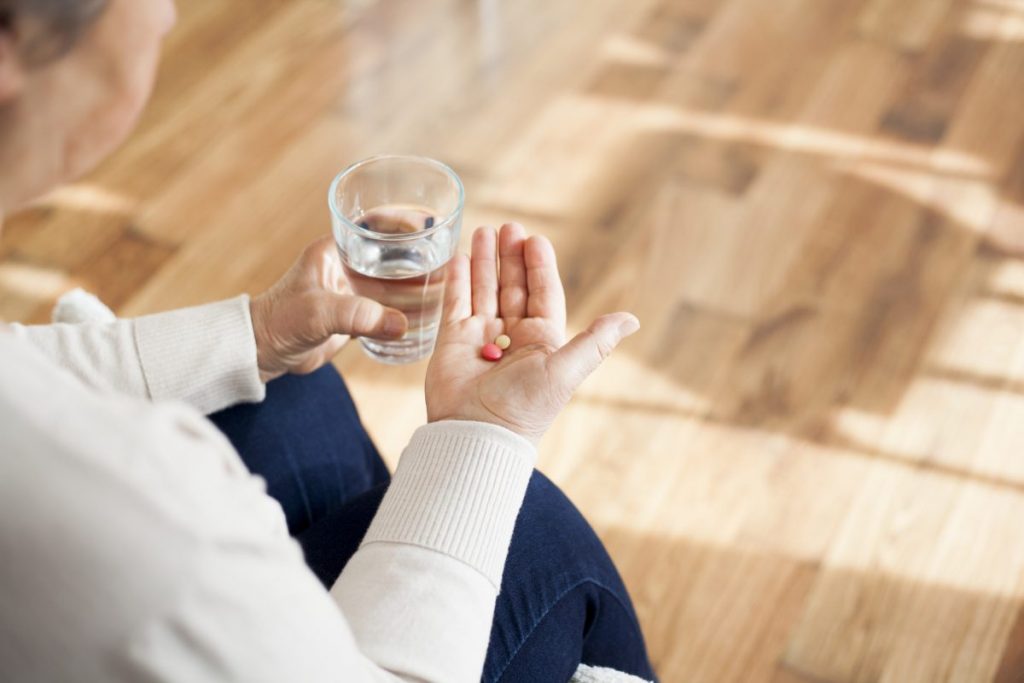 Signs That Swallowing Issues May Be Dysphagia

A serious issue for people with swallowing disorders is developing weight loss and malnutrition from the inability to eat properly. People who have trouble swallowing liquids may also become dehydrated. Aspiration, which occurs when food goes into the airway and lungs instead of the stomach, is a concern in people with dysphagia. Such individuals are also more susceptible to recurring lung infections or bouts of pneumonia. Choking on food, liquids, and even saliva is a problem, and drooling may occur. 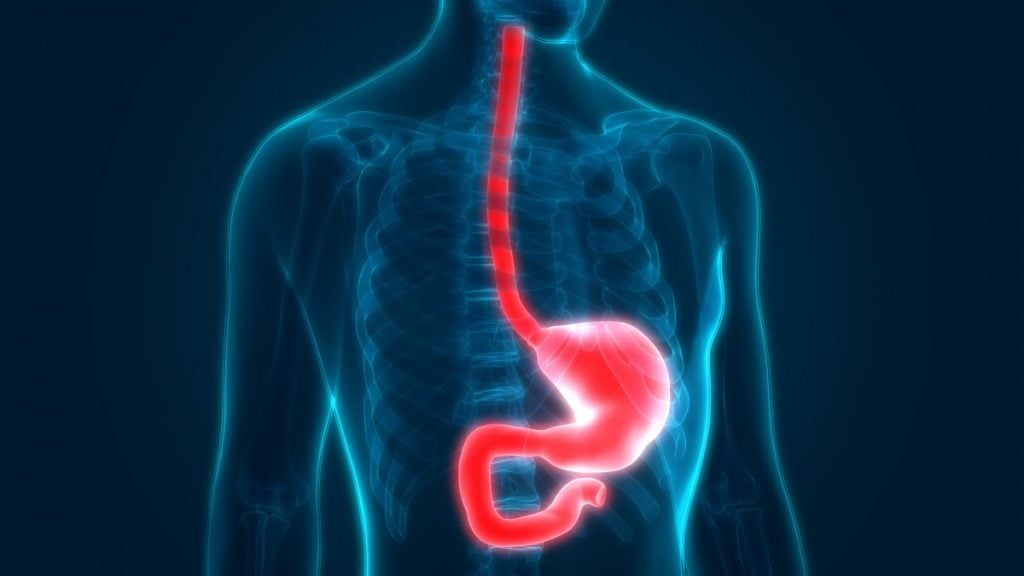 Poorly fitting dentures, loose or missing teeth, dry mouth, acid reflux, and certain medications can make swallowing difficult, as may throat infections, surgery of the mouth or neck, or injuries to those areas. People who have had a stroke, brain injury, or Alzheimer's disease often develop dysphagia due to brain damage. Illnesses that affect the nervous system and muscle strength, such as Parkinson's disease, muscular dystrophy, Lou Gehrig's disease, multiple sclerosis, and cerebral palsy can make swallowing difficult, too. Some muscle abnormalities and autoimmune disorders can also cause dysphagia 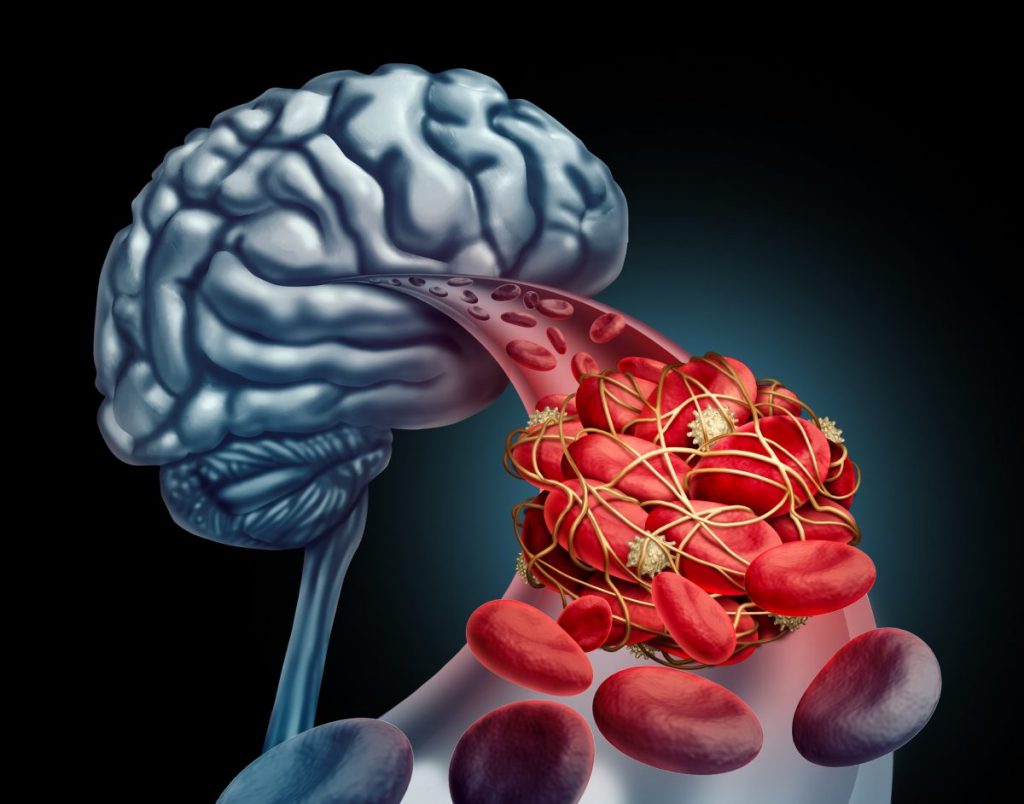 Swallowing should never be painful and could be an early sign of a more serious disorder. The pain may cause a burning or squeezing sensation. It could be felt higher in the neck, or behind the breastbone. Additionally, some people complain of chest pain or a feeling of pressure or heaviness in the neck or upper chest while eating. While some parts of swallowing are voluntary, much of the process is involuntary. Issues that occur at any point during eating could indicate a nerve or muscle issue. 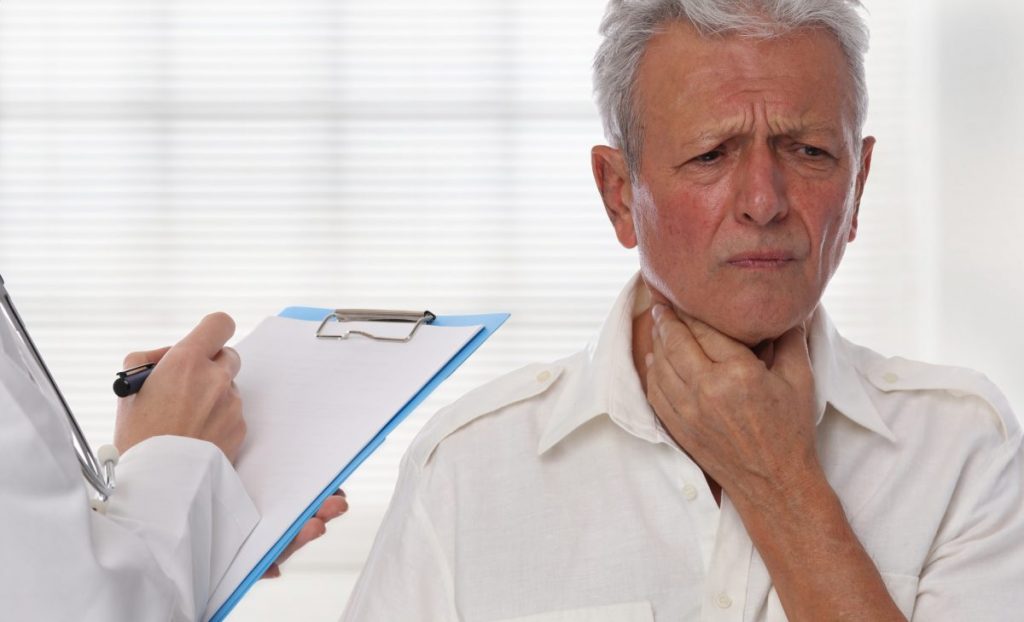 Physicians may refer patients with suspected dysphagia to an ear, nose, and throat specialist (ENT) or a gastroenterologist for evaluation. If the doctor diagnoses a swallowing disorder, determining the most effective treatment could require the input of other medical practitioners including a neurologistor speech and language pathologist (SLP). An SLP can develop strategies to make eating and swallowing safer and easier by determining how the muscles move, identifying factors contributing to the issue, and advising on diet and posture changes. 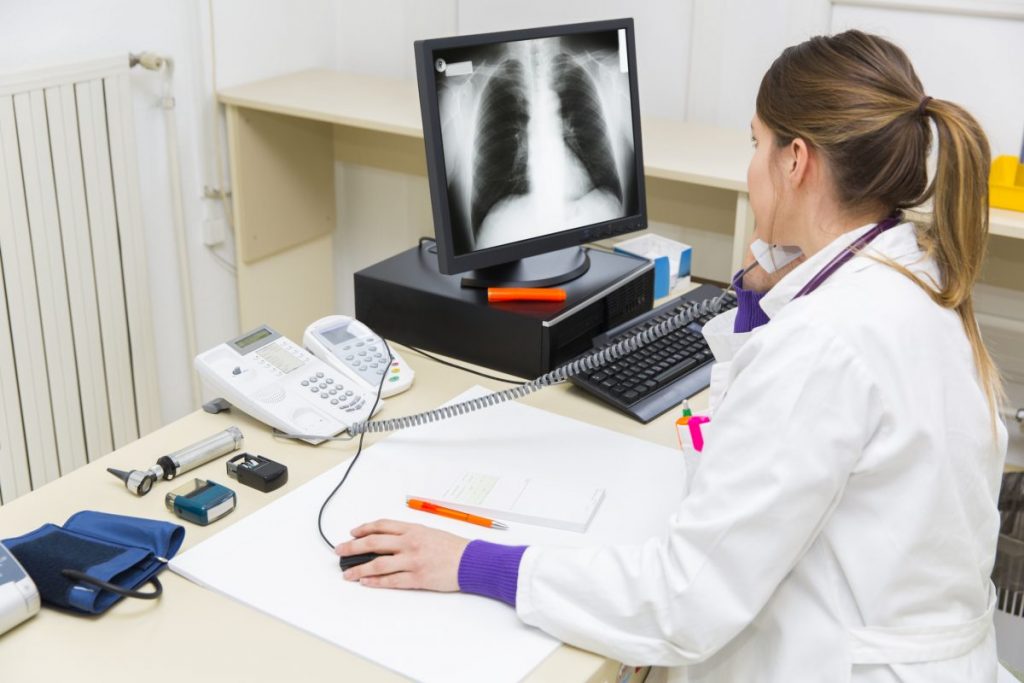 Barium swallow tests are common in the diagnosis process for dysphagia. After the patient ingests the barium contrast, the practitioner takes an x-ray or video of the swallowing process. The medical provider can see how the muscles move and where the contrast goes when swallowed. Some people may require an endoscopy: the practitioner inserts a tube with a tiny camera through the nose or mouth to observe the swallowing process. A manometry test is similar, but the inserted tube measures the esophagus muscle and valve strength. 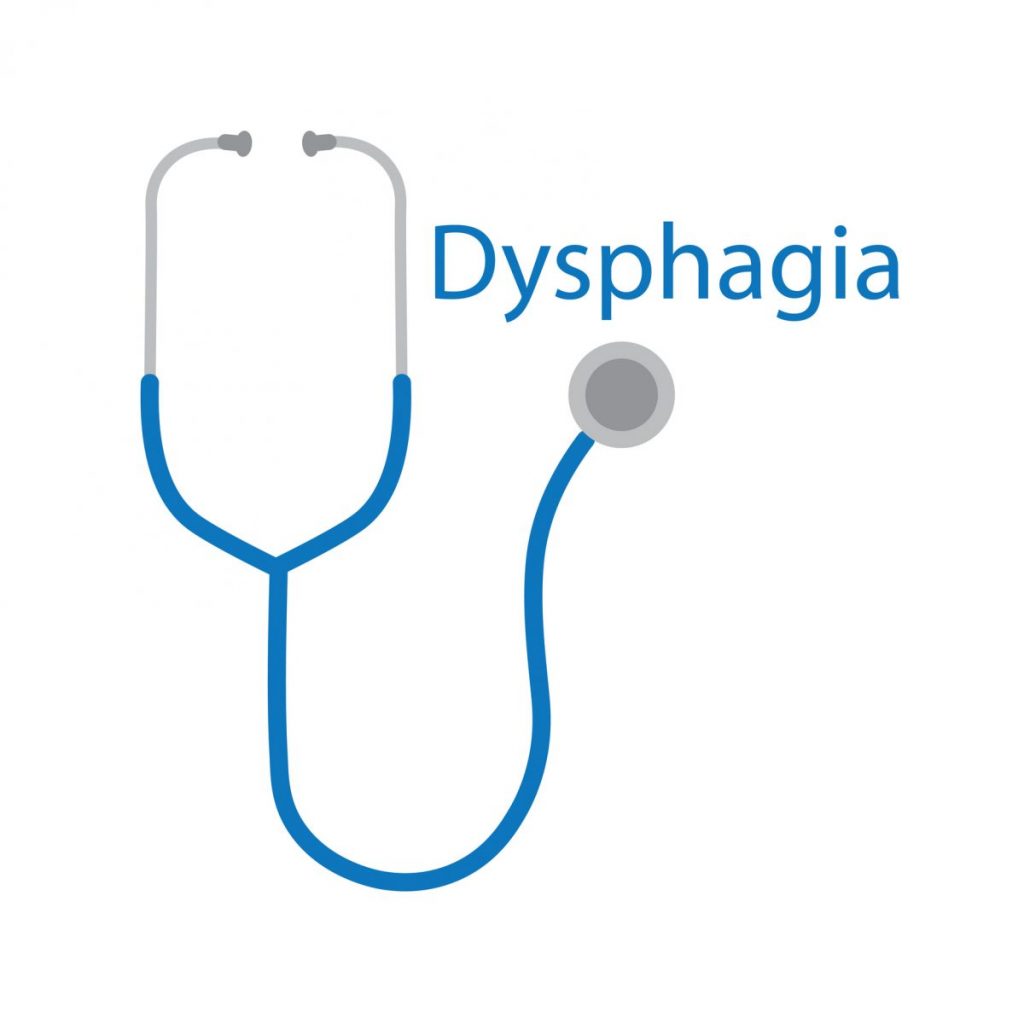 Depending on the test results, the doctor will prescribe treatments to reverse the cause of dysphagia. For example, if reflux causes dysphagia, medication can ease symptoms. If the swallowing issues are related to a throat infection, antibiotics can help. Learning alternative ways to eat and chew and avoiding thin liquids to prevent aspiration are common lifestyle treatments. For some people, botulinum toxin injections or surgery can ease swallowing difficulty if there is a muscle or valve problem in the esophagus. 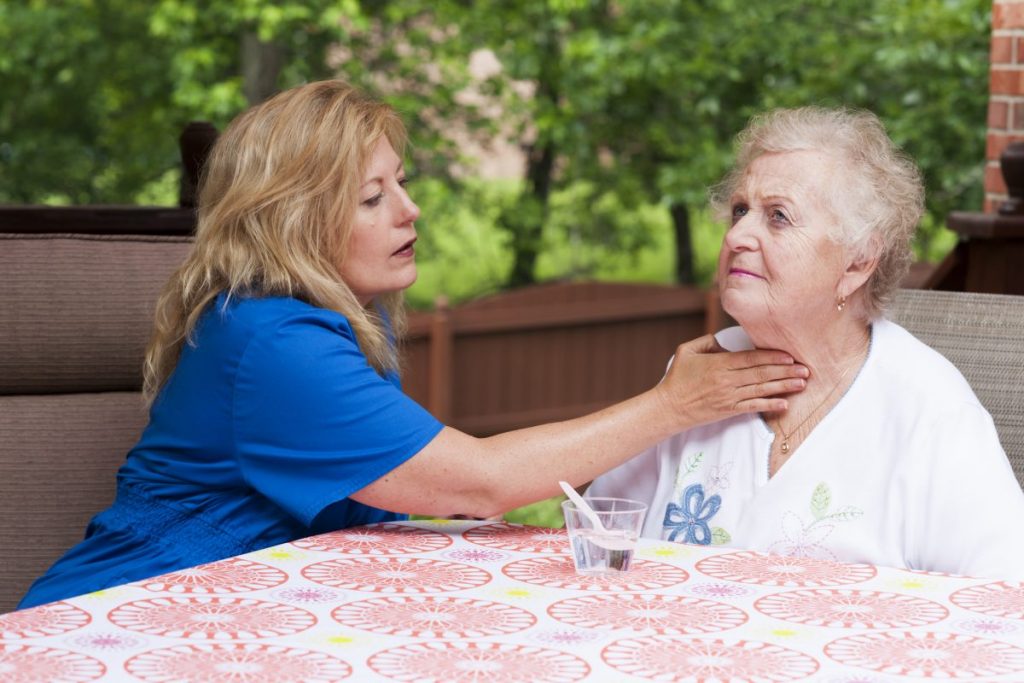 Whenever possible, medical practitioners provide non-invasive treatments like diet and posture changes and swallowing exercises. However, if the swallowing difficulty is causing malnutrition, weight loss, or frequent aspiration, the patient may require more aggressive treatment, including a feeding tube. If the cause of dysphagia is stroke or infection, the condition can improve as the individual recovers. If an obstructing tumor or muscle abnormality is to blame, swallowing may become easier after surgery. However, for progressive neurologic issues like Parkinson's, the dysphagia will likely require continuing medical oversight. 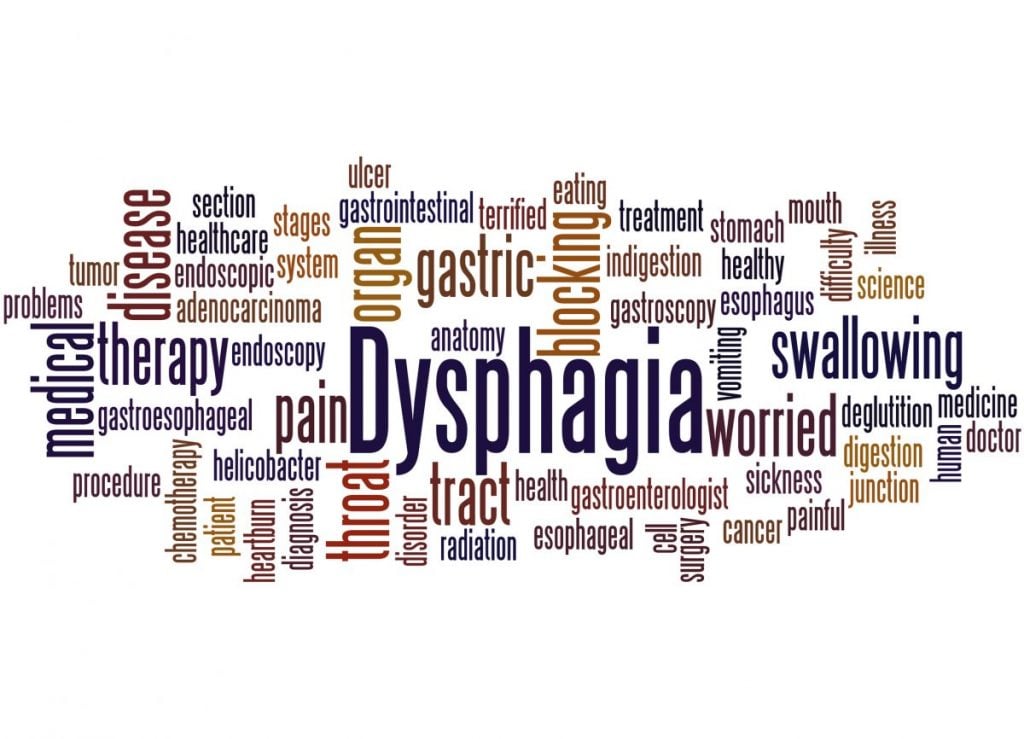 There is a great deal of global research into the broad spectrum of swallowing difficulties and dysphagia. This has allowed physicians, specialists, and SLPs to implement the latest techniques and research-backed therapies to improve the lives of those with swallowing difficulties. Preventing aspiration through specific sitting postures is a popular area of study. As a result of current research, specialists now know safer techniques for studying tongue and throat movements as well. 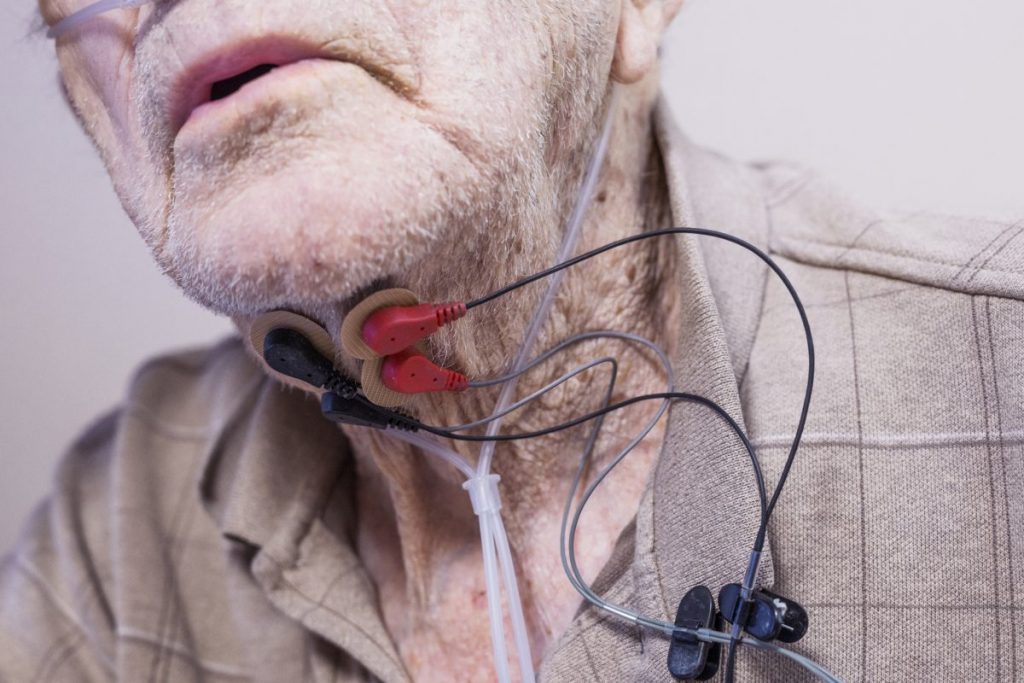