The Truth About Pathological Lying or Mythomania

Lying is one of the more unsavory parts of the human personality. Little white lies may be relatively harmless, but in some cases, the habit conceals a larger problem, that of compulsive or pathological lying. People who lie pathologically are fundamentally different from the average person who lies to get out of a tight spot or an awkward problem. In fact, most psychologists characterize pathological lying as a mental health disorder.

Pathological lying, also known as compulsive lying, mythomania, or pseudologia fantastica, is a chronic disorder marked by habitual lying without a clear motive. An article published in the Acta Psychiatrica Scandinavica in 1988 lists clear indicators of pathological lying: 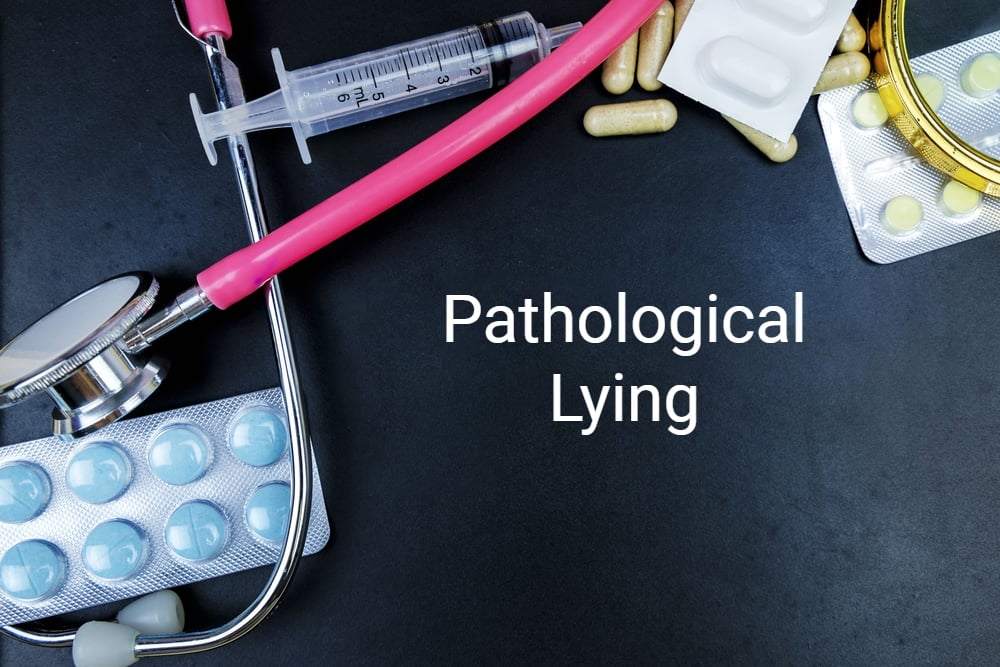 Diagnosing pathological lying has proven difficult for psychologists because it can be a symptom of another disorder or a habit picked up from childhood. Often, psychologists look for an underlying cause for the phenomenon and work to address that, instead of addressing the mythomania alone. Mental illnesses sometimes related to pathological lying include post-traumatic stress disorder, narcissistic personality disorder, and bipolar disorder.

Correlation Between Mythomania and Psychopathy

The journal Youth Violence and Juvenile Justice includes "glib or superficial charm, narcissism or grandiose self-worth, pathological lying, and conning/manipulation" in the definition of psychopathy.Many psychopathy checklists include compulsive or pathological lying as an aspect of the disorder. While related, the two are not mutually inclusive. Psychopaths are often compulsive and habitual liars, but not all people who pathologically lie are psychopaths. 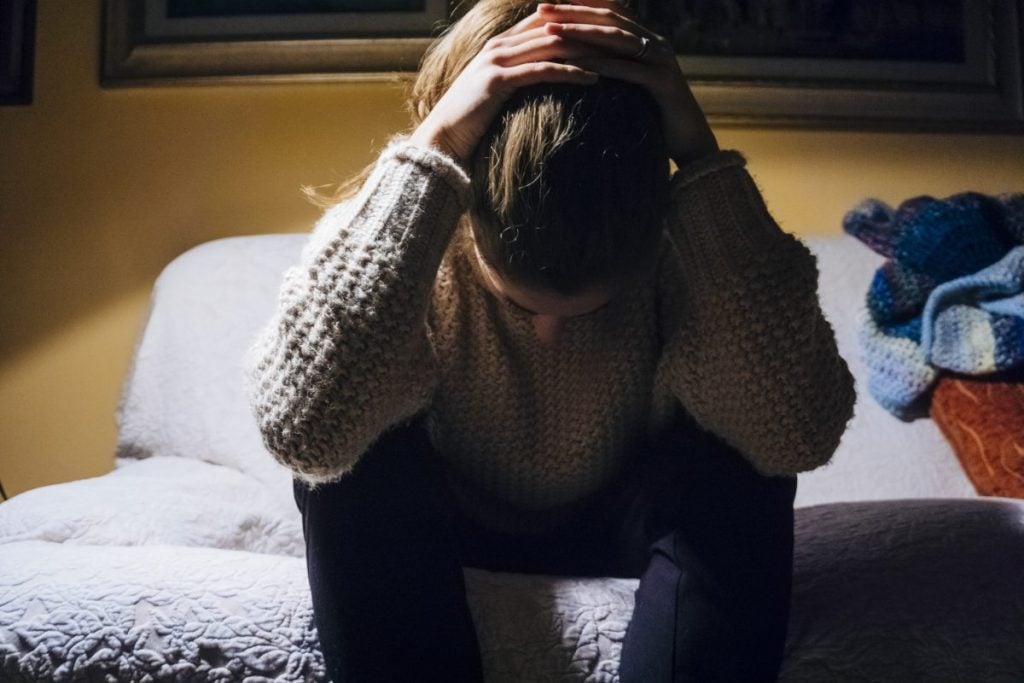 Differences Between Psychopaths and Pathological Liars

Psychopaths may lie habitually, but there is a key difference between pathological liars and psychopaths. For one, pathological liars have been shown to exhibit physiological arousal and stress when lying, showing that they feel some guilt about voicing what they know is untrue. This differs from psychopaths, who typically exhibit no nervous or guilty signs, internally or externally. And while pathological liars do exhibit a sense of hubris, they lack the intrinsic self-interest that makes up a large part of a psychopath personality. 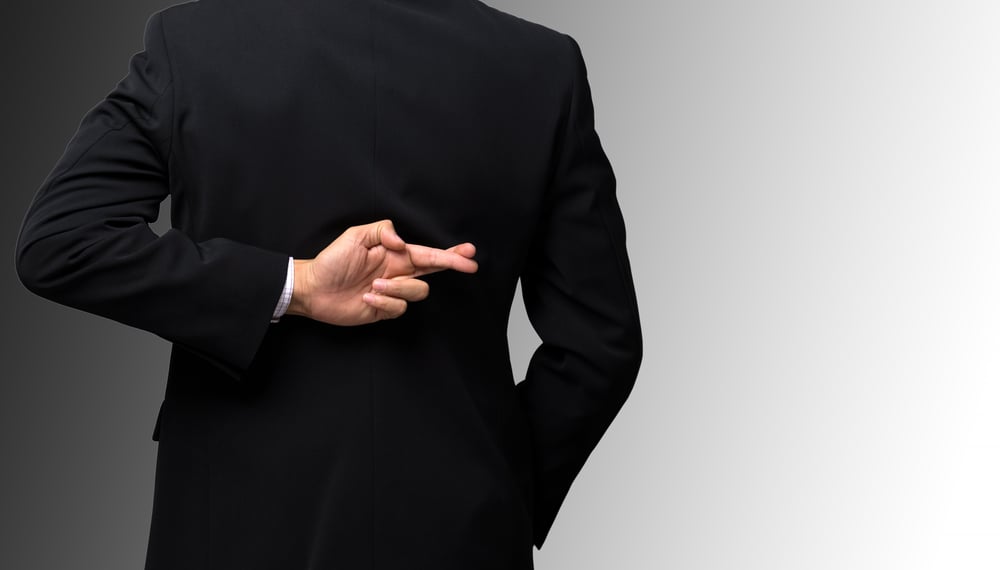 The Brains of Pathological Liars

Some studies indicate a biological correlation between deceitful personalities and neurological makeup. For example, one study used magnetic resonance imaging or MRIs to compare compulsive liars to both normal and antisocial controls. The results showed that pathological liars experience up to a 26% increase in prefrontal white matter and up to a 42% reduction in prefrontal grey matter to white matter ratios. White matter helps the brain make quick decisions, while gray matter tempers the brain's impulsivity with wariness. While this study and many others are preliminary, they could help doctors and scientists learn more about the minds of pathological liars in the future. 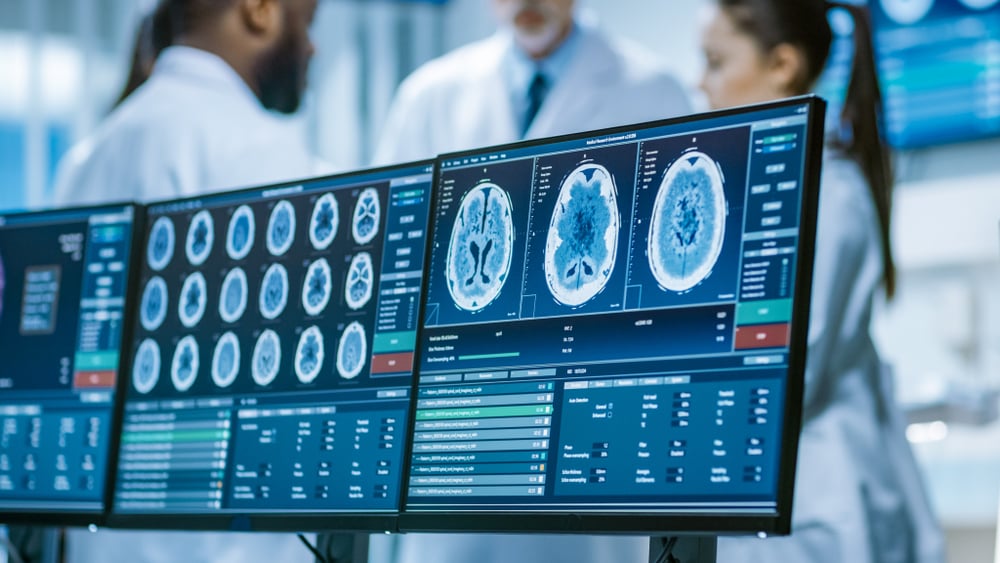 Similar to diagnosis, the key to treating pathological lying is finding the underlying cause. Psychotherapy and medication are popular options, but psychologists must address other disorders to help their patient make meaningful progress. Addiction programs are also available since compulsive lying can manifest as a habit. Like many mental health conditions, the success of treatment relies in part on the patient's desire to change. 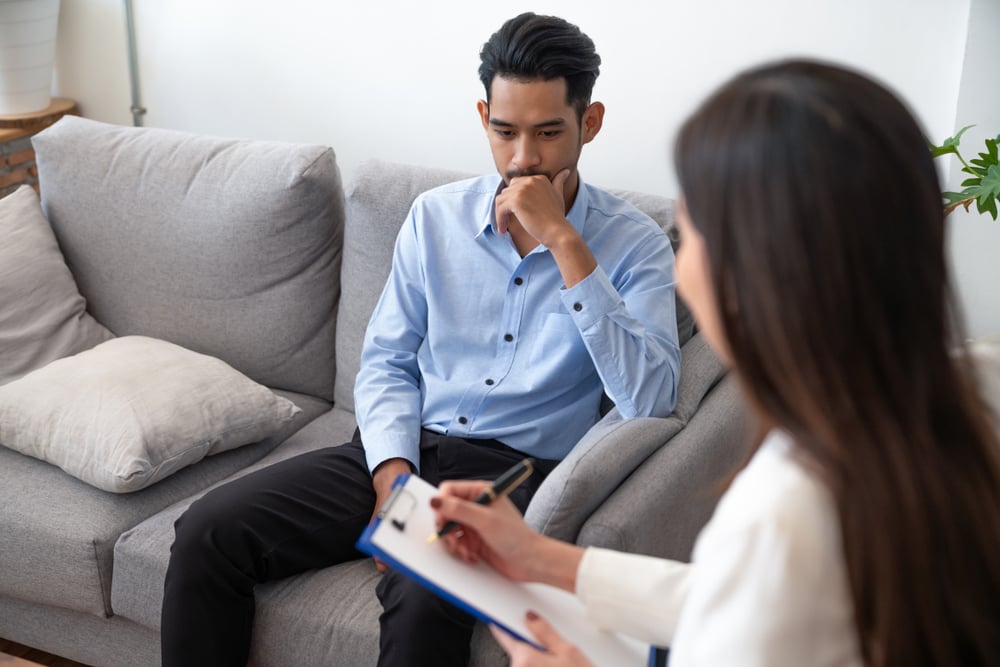 Childhood emotional and sexual abuse is often tied to pathological lying behavior. A chaotic home environment also appears to contribute to compulsive lying. One study investigating female and male subjects with pseudologia fantastica found "there was thought to be a chaotic home environment in about 30% of these reported cases, with either a parent or family member also presenting with a mental disturbance." 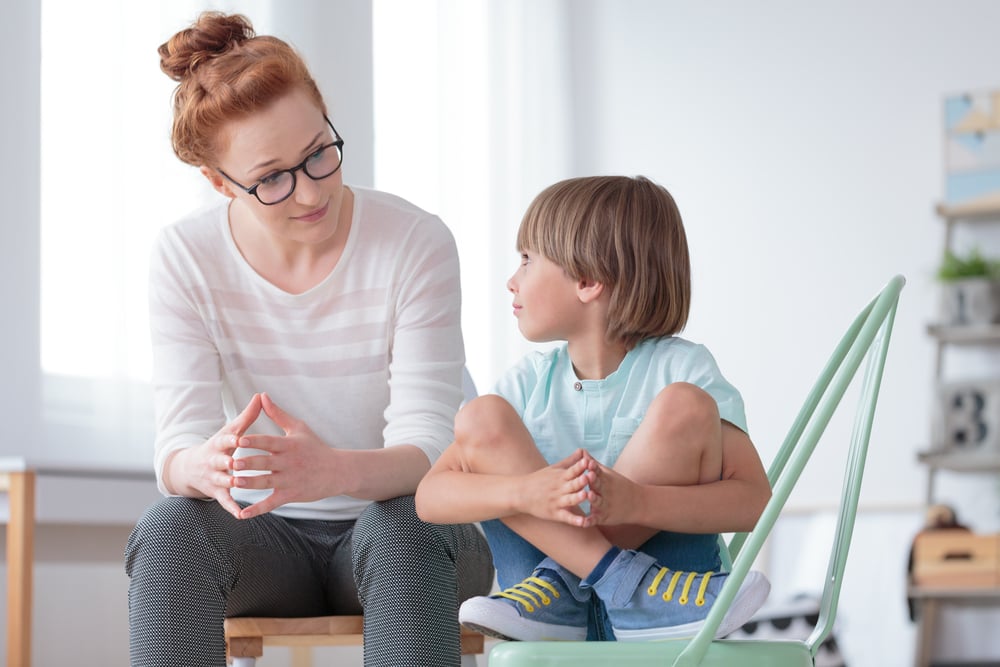 Munchausen's syndrome by proxy is a disorder in which a caregiver seeks attention through the person in their care by inventing or exaggerating the latter's symptoms. Many caregivers with this disorder demonstrate compulsive lying. One study detected a "chronic somatoform disorder or factitious disorder" in almost two-thirds of its participants. Half of the total number of mothers also demonstrated pathological lying, many cases of which had started during childhood. 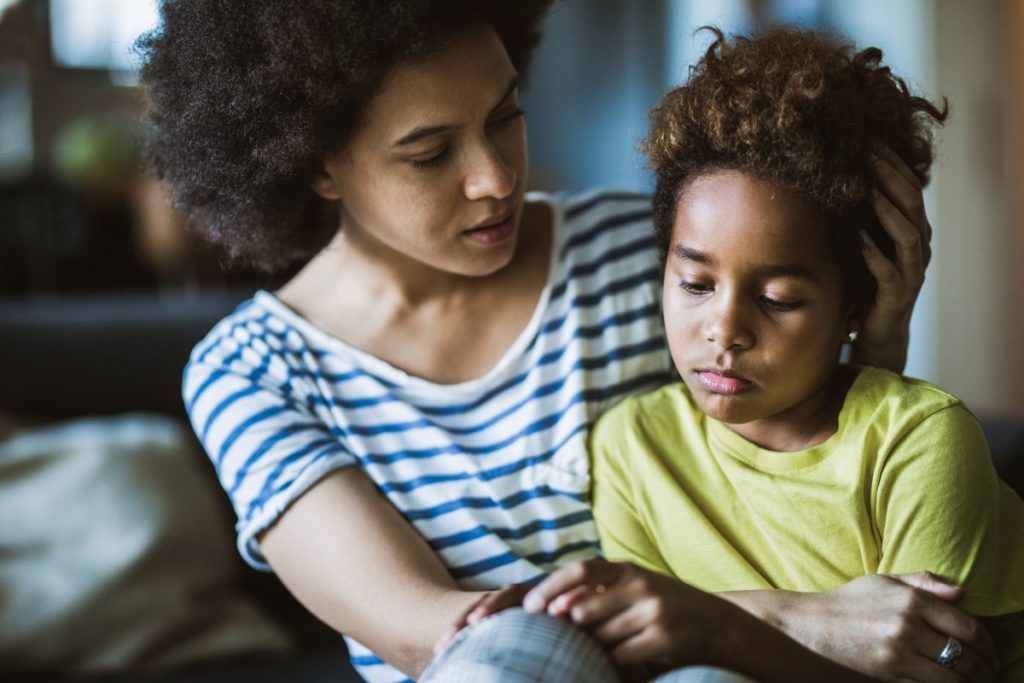 While unsavory, it is a mistake to categorize all lying as pathological. A definition designated by Healy and Healy in 1915 is still often quoted today; it states that the lying must be excessive and chronic to be pathological. It observed that pathological liars "indulge in a veritable orgy of lying" and that the action is impulsive and at least partially out of their control. The symptom also needs to be consistent from adolescence to early adulthood to be characterized as mythomania. Most people with the disorder begin altering the truth around their mid-teens, with many diagnoses occurring when individuals are in their early 20s. 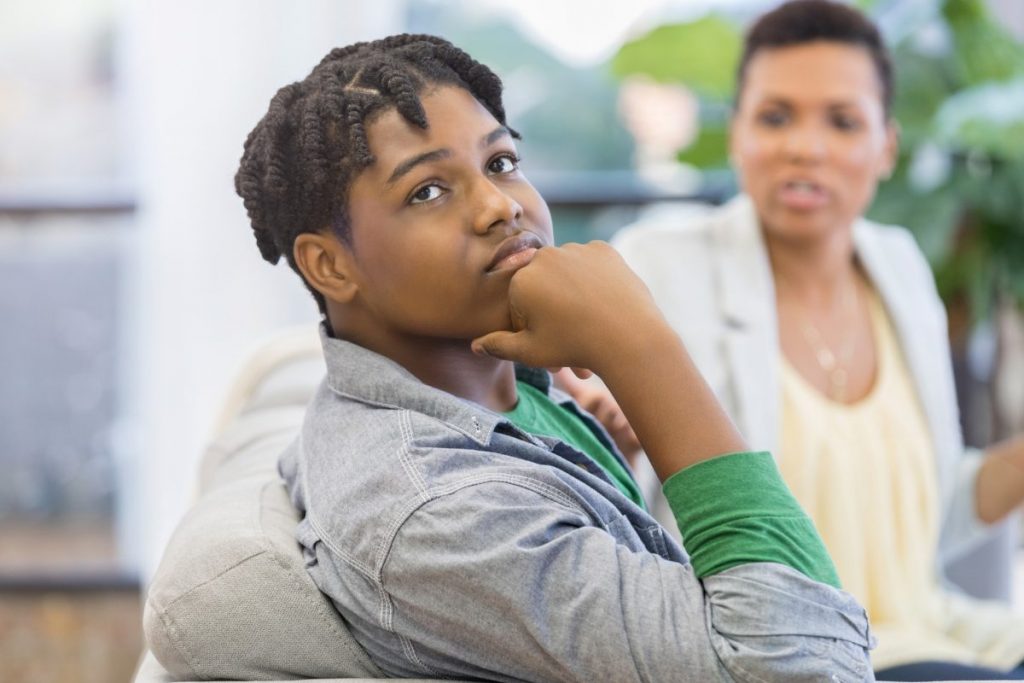 Mythomania and Other Mental Health Disorders

Pseudologia fantastica is often a symptom of other illnesses, such as borderline personality disorder (BPD), narcissistic personality disorder (NPD), and antisocial personality disorder (ASPD). However, there multiple distinct differences between PF and these other disorders. Individuals with ASPD are deceitful for personal profit, while this is often not a factor for people with PF. In one study, only half of the subjects with PF were thought to have been involved in crime; they were non-violent in nature and did not recklessly endanger others, like someone with NPD or BPD may. Differentiating these disorders from mythomania is important in diagnosis and treatment. 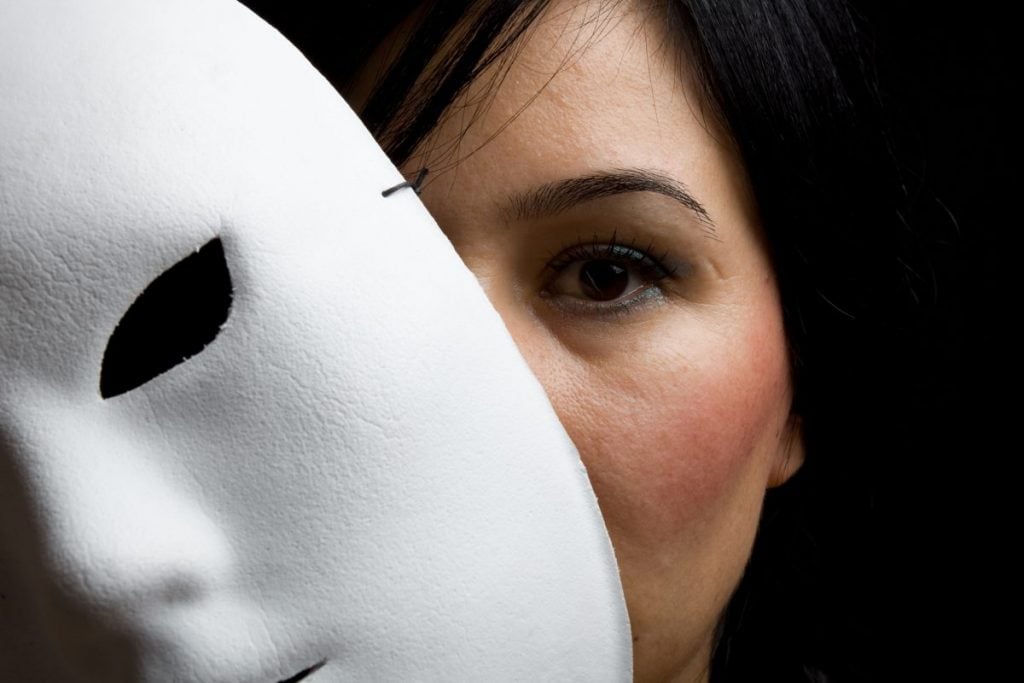