The Spread of the Spanish Flu in 1918

The Spanish flu was estimated to have killed somewhere between 20 and 50 million people worldwide. It occurred from 1918 to 1919, overlapping the end of World War I. The pandemic remains the most deadly in modern history, affecting primarily the young and healthy and progressing rapidly to multisystem organ failure and death.

It Likely Did Not Start in Spain

Although it is called the Spanish flu, modern virologists and epidemiologists from around the world agree that this influenza pandemic did not start in Spain. Because Spain was neutral in World War I, which overlapped the pandemic, people believe that other countries would not have been as forthright about the outbreak in their countries. Spain reported outbreaks to news organizations in the spring of 1918 when many countries involved in the war would likely be unwilling to broadcast the toll the flu was taking on their own troops and supplies. 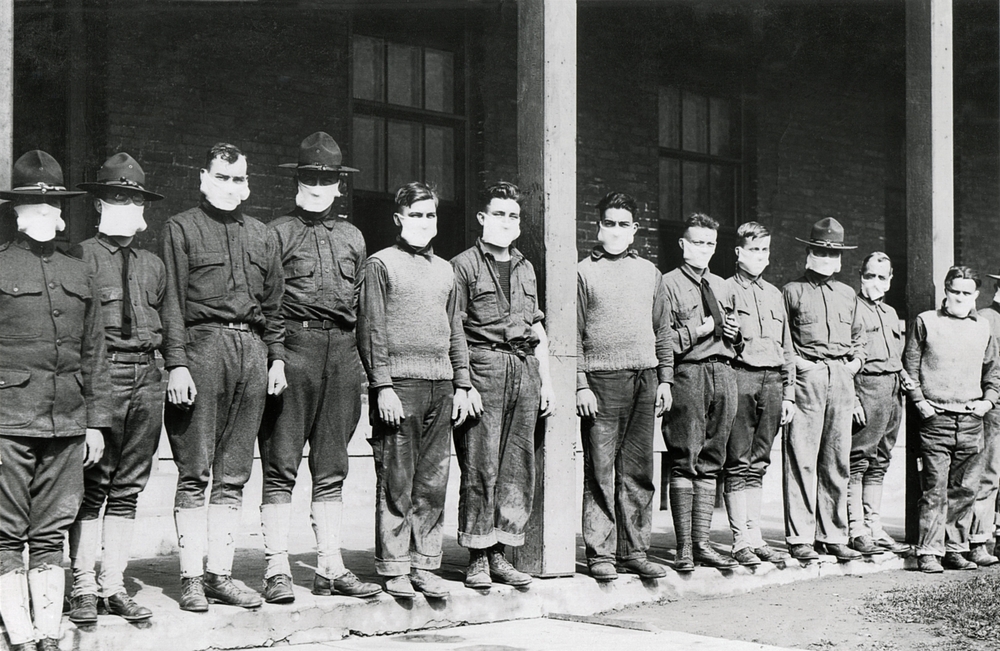 Spanish flu struck in waves. The first hit the United States in the spring of 1918, but was mild and went almost unnoticed. A second wave hit in the summer, starting in late August in Boston. This strain was so infectious that, by the end of October, it had spread from coast to coast and had a morbidity rate of about 28 percent. 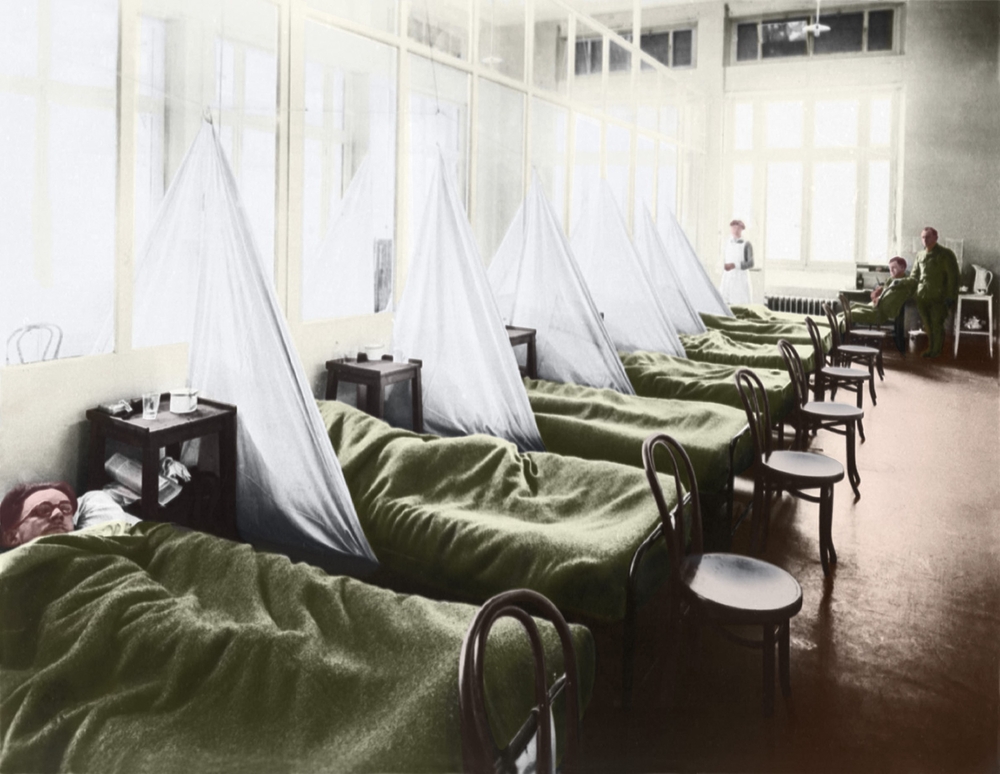 Some people escaped with mild effects, but others experienced much more severe symptoms, including high fever, fluid in the lungs, and head and body aches. Some people seemed to have a standard flu infection but developed pneumonia, which often led to death. Many experienced severe complications that lasted for weeks, like unconsciousness and delirium due to poor oxygenation, and bloody drainage from the nose. Of those that survived, some faced life-long health issues as a result of the flu's complications. 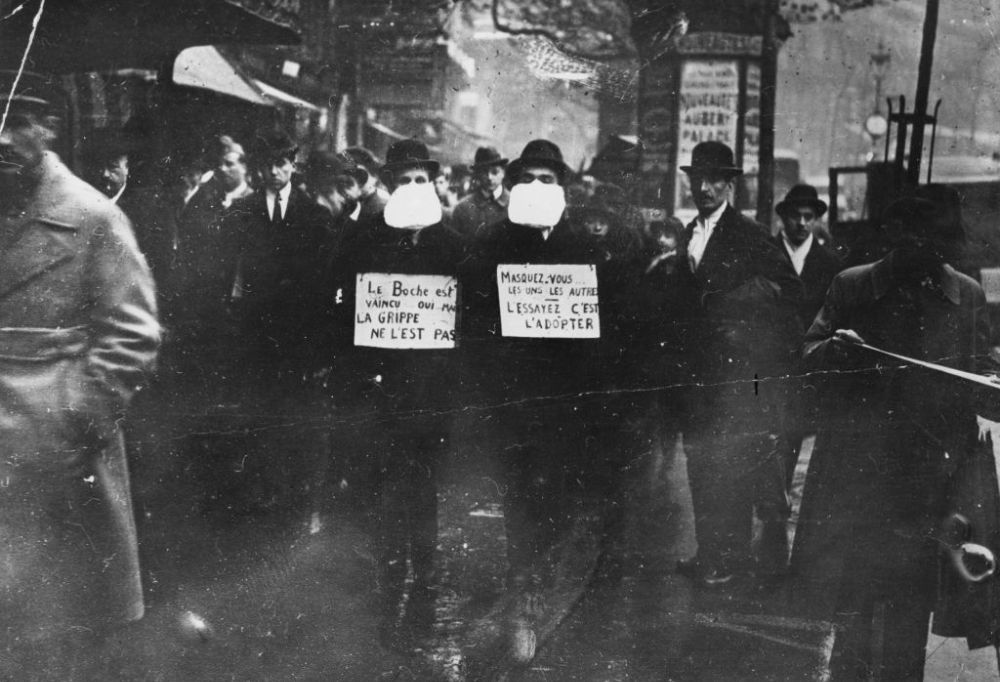 War and the Military

The Spanish flu and the experience of the American troops in World War I were intertwined. The War Department estimated that 26 percent of the Army caught the Spanish flu, and it killed roughly 30,000 in 1918. The war was the perfect environment for viral spread, with soldiers living in military camps for training on U.S. soil and in the trenches in Europe. So many soldiers were affected that it interfered with training and diverted necessary supplies and equipment from combat to caring for the sick. 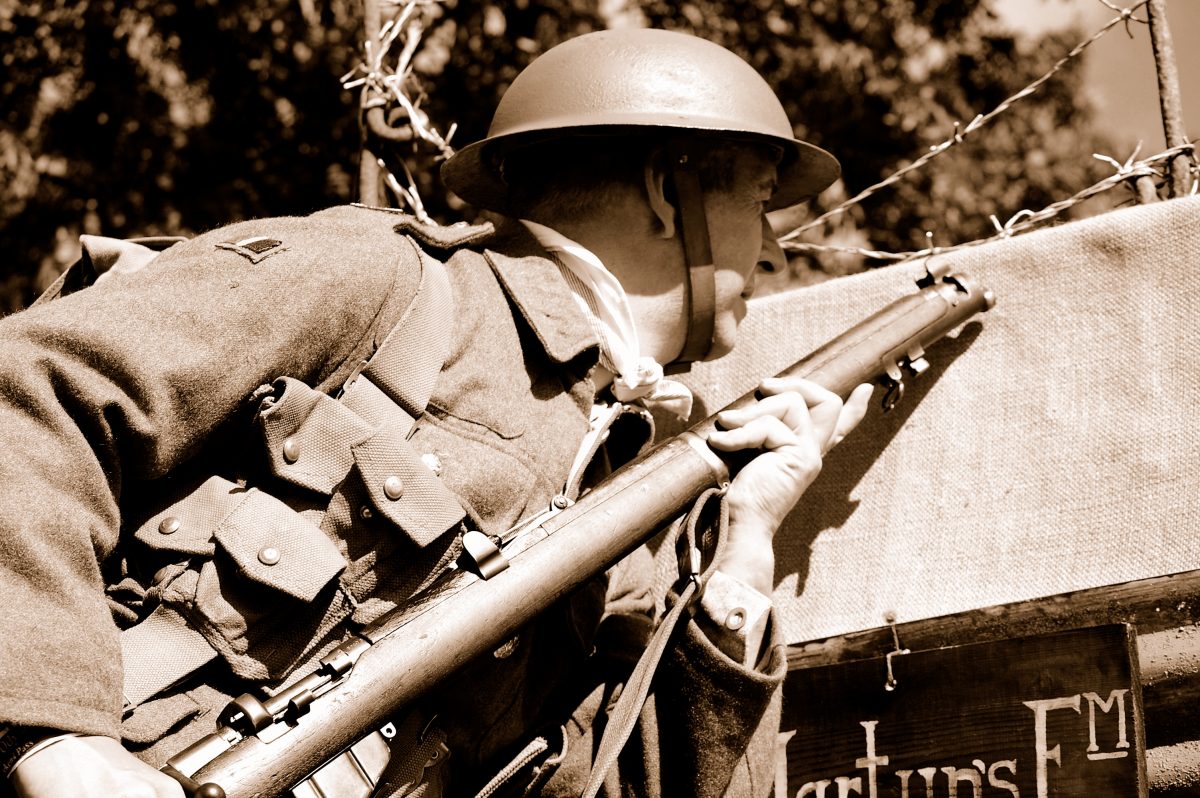 It is still unclear what made the Spanish flu so deadly. Because there are no viral samples from that time, it is impossible to tell if each wave of the pandemic involved the same virus. Data suggests that those who got sick and survived the second wave may have had protection against the third. In 1995, scientists sequenced the RNA of one virus from the Spanish flu pandemic; they believe it is tied to H1N1, but this still does not tell us why it was so infectious or fatal. 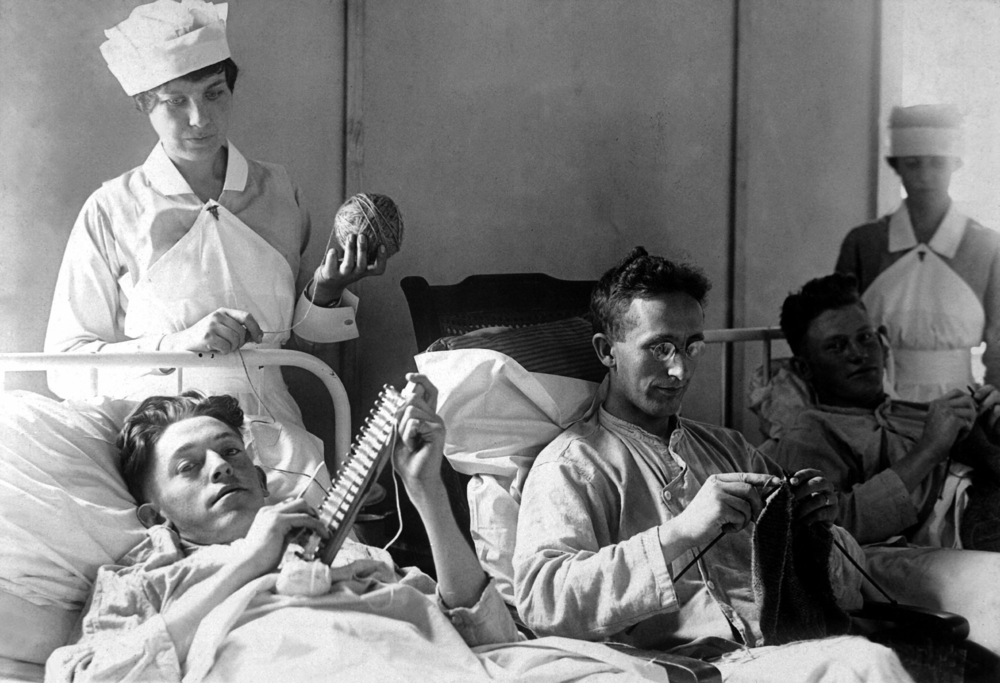 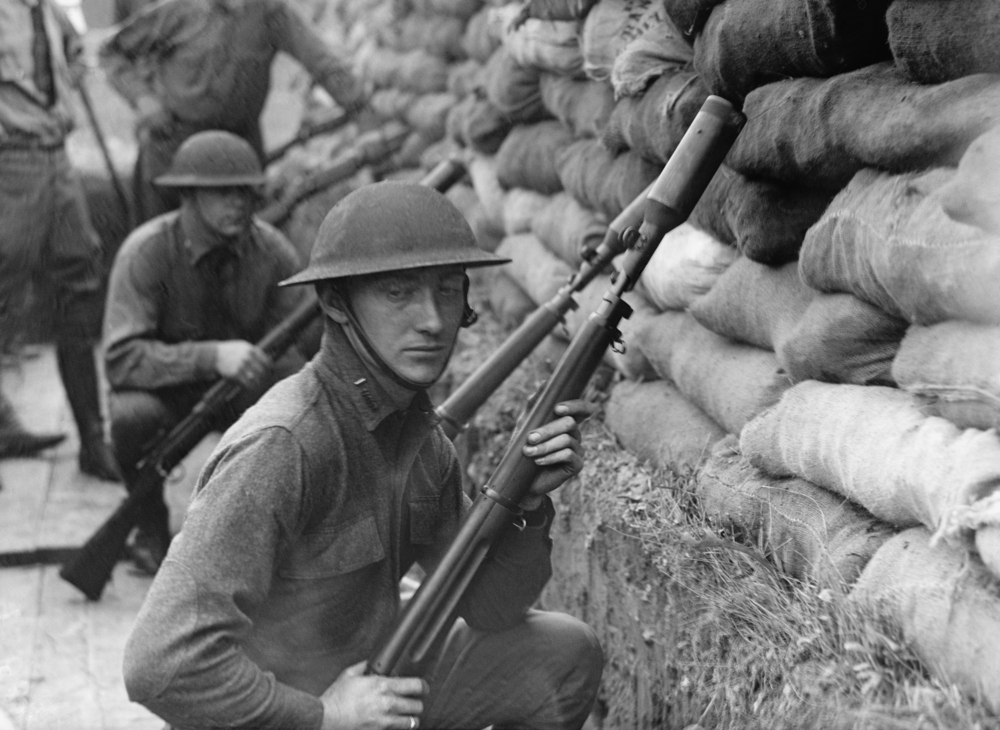 Treatment for the Spanish flu included quinine and codeine to treat coughing, but often there was nothing curative to be done. The resulting pneumonia had few treatment options, and those that were common at the time, like silver colloids and bleeding, were ineffective. Because the mortality rate was so high, churches and funeral homes were overrun. Some cities in Spain ran out of coffins, and the Spanish army was called in to help transport and remove the dead. Newspapers at the time were devoting as many as five pages a day to obituaries. 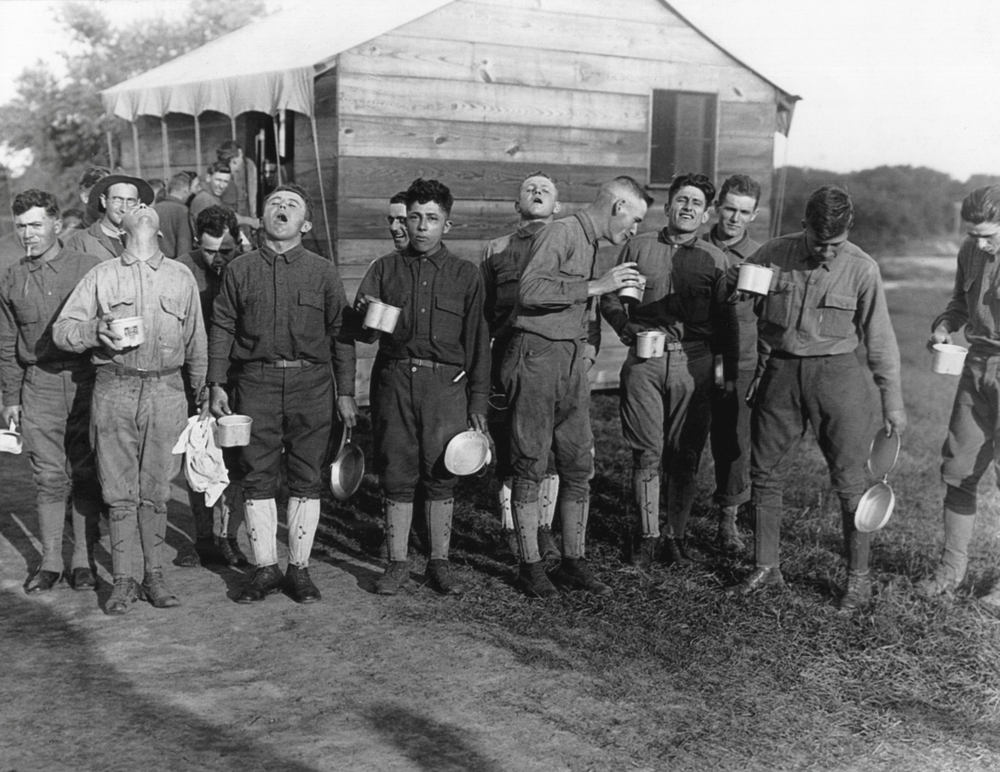 If the Spanish flu did not originate in Spain, where did it start? Influenza pandemics before and after 1918 usually developed in Asia and spread to the rest of the world. What makes the 1918 flu unique is that it simultaneously spread in three waves within one year, affecting three distinct regions: Asia, Europe, and North America. This makes it difficult, if not impossible, to determine the geographical point of origin. 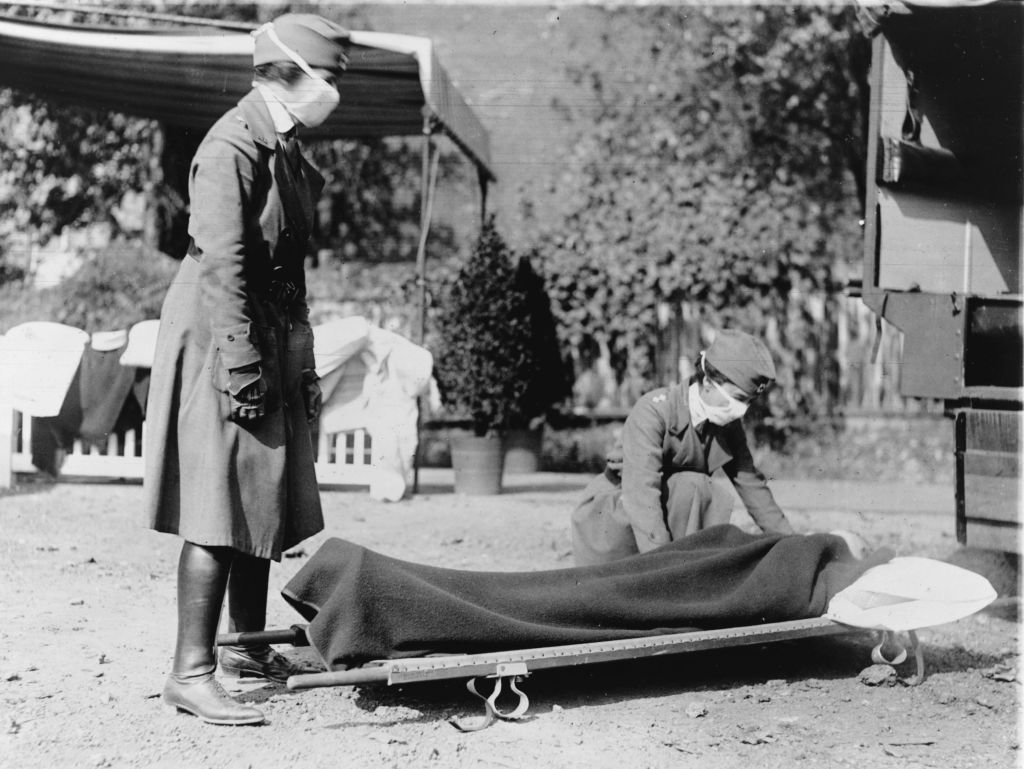 Resources in the United States

The United States was no better off than Spain when it came to treating the Spanish flu and caring for the sick. The country was already strained due to the demands of the war, with a large number of the country's nurses and doctors performing military service. For example, in Philadelphia, 26 percent of the city's doctors were in the military. Rural areas were hit particularly hard with limited supplies and nursing shortages. 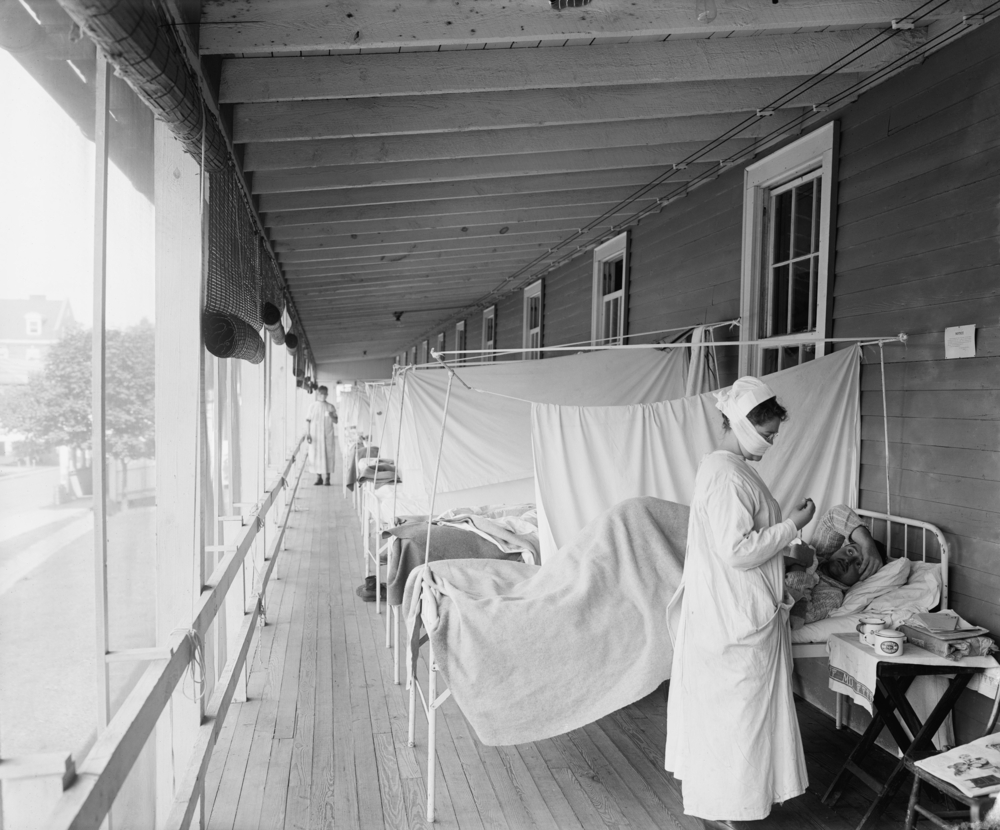 Impact on World War I

The Spanish flu slightly impacted the war beyond the toll it took on the number of available troops. It may have altered the course of the war slightly. Planned attacks had to be postponed, and the strength of the troops as a whole was drastically diminished. That said, historians agree it is unlikely to have changed the outcome. The Spanish flu had a greater impact on the individual soldiers than it did on the military as a whole. 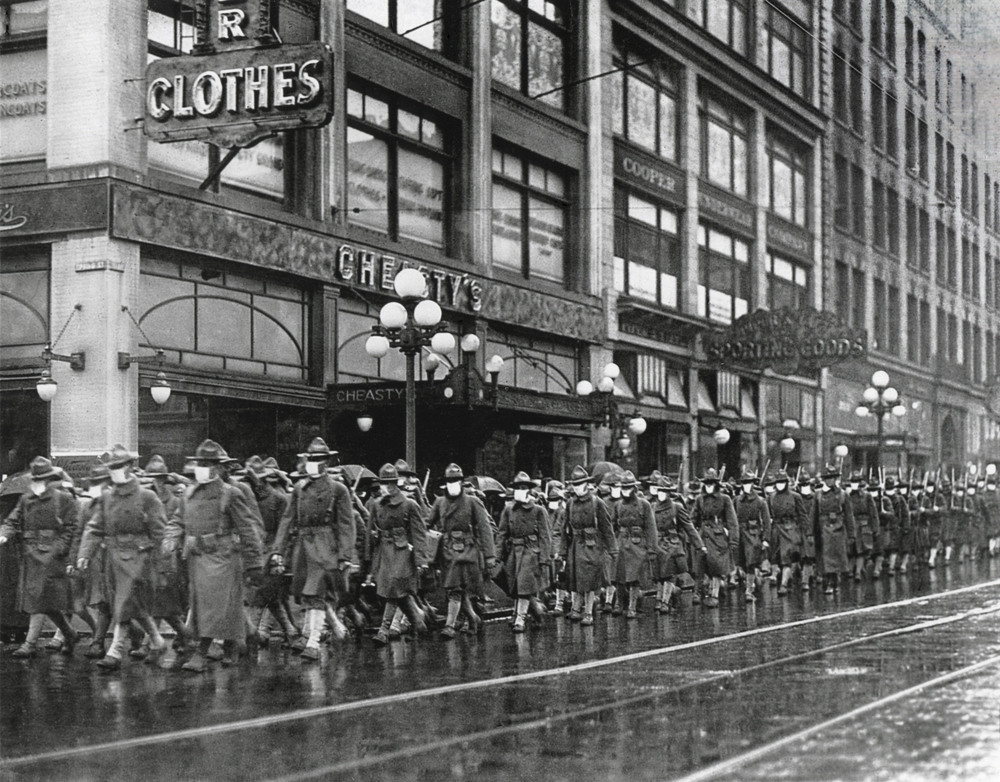