Mercury is a heavy, silvery-white metallic element that remains a liquid at standard conditions. Over the centuries, researches have often referred to mercury as quicksilver. Though a poor conductor of heat, the element can conduct electricity, and as such, its modern applications include fluorescent lamps, electrodes, switches, and relays. However, for centuries, philosophers, physicians, and scientists used mercury for everything from medicine to clothing. Through these uses, they discovered many of the features of mercury, perhaps most notably, it's toxicity.

Ancient Chinese and Indian people were using mercury before 2000 BCE, and scholars found it in Egyptian tombs dating back to 1500 BCE. After its discovery, every culture began to form beliefs and myths about the supposedly mystical metal. One of these beliefs posited that mercury was one of the three principal substances of the earth, along with sulfur and salt. Alchemists thought mercury was the core of all metals. This lead to the theory that a person could create gold by combining different ingredients with mercury. Although this was false, scientists can now use nuclear reactions to synthesize gold without mercury, though the costs far outweigh the worth of the created metal. 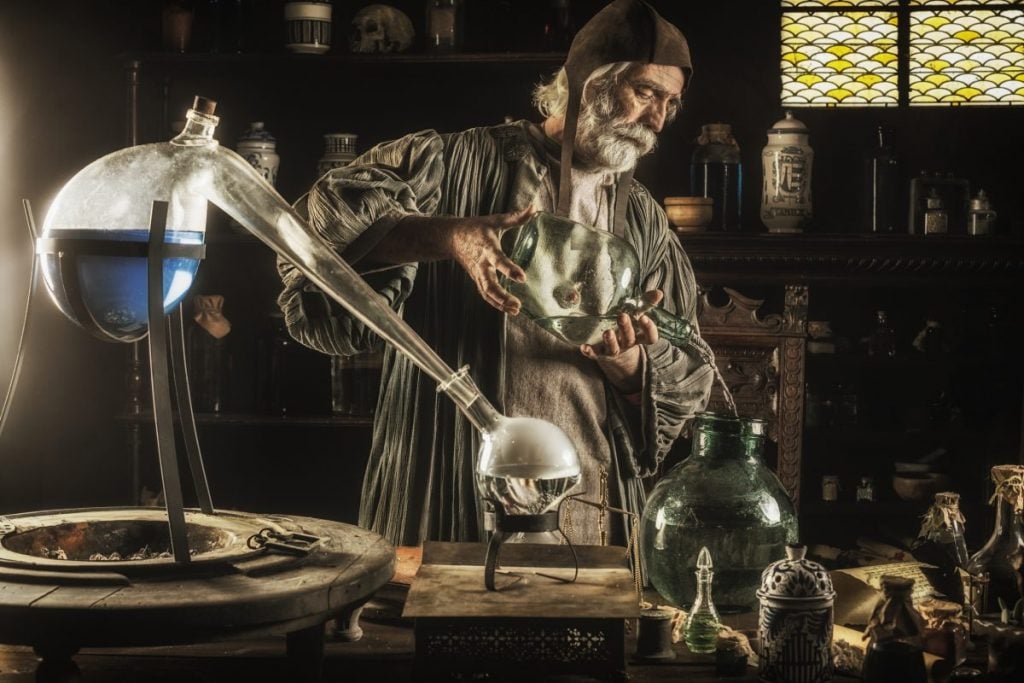 Cinnabar is the scarlet or brick-colored ore that contains mercury. It is responsible for many cultures’ association of mercury and the color red. Ancient Chinese physicians believed that cinnabar and mercury had healing properties, and cinnabar is still in use today in many Chinese medications. Chinese emperors often sought the elixir of life or eternal youth. Sun Simiao, a physician hailed as the “King of Medicine” wrote about the creation of an elixir of life using mercury, sulfur, and arsenic. The Jiajing Emperor consumed an elixir of life containing mercury; the resulting poisoning killed him shortly after. 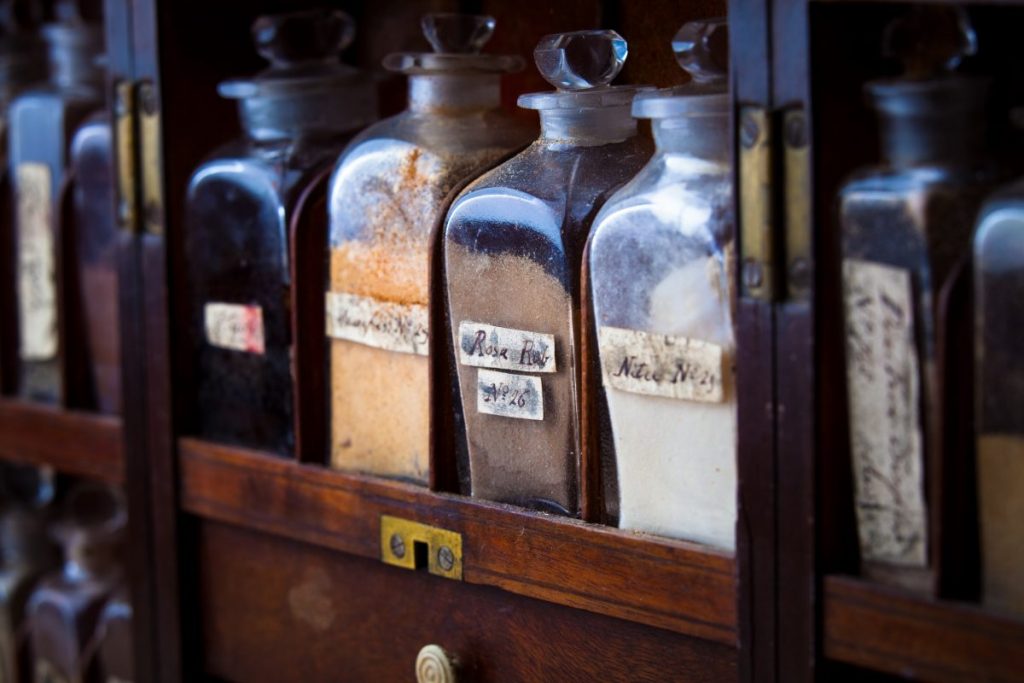 Ge Hong was an ancient Chinese scholar, physician, and alchemist credited with developing first aid in Traditional Chinese Medicine. Hong asserted cinnabar held many medicinal benefits. Not only did he create a pill for eternal life by combining cinnabar and gold, but he also researched sexual health. He stated that by combining cinnabar with raspberry juice, an older man could increase his fertility. Adversely, modern-day studies link the ingestion of mercury with infertility.

Before antibiotics, a sexually transmitted disease was almost always a death sentence. Syphilis, more than any other, was sure to result in death. This led to a desperate race for a cure. Many physicians, allured by mercury’s supposed effects, used the element to treat syphilis. In many cases, the mercury would poison the patient. Physicians would then blame syphilis for the poisoning the mercury caused. Eventually, the relationship between syphilis and mercury led doctors to carefully study mercury poisoning.

A common medication during the 17th through the 19th centuries was the blue mass. Physicians specifically prescribed it to combat syphilis, but its uses expanded as the years passed. Eventually, blue mass became the treatment for constipation, toothache, parasites, and the pains of childbirth. In the early 19th century, sailors combined this treatment with a black draught to treat constipation. Typically, the blue mass contained mercury, licorice, glycerol, rose honey, and some type of Althaea (marshmallow) plant. 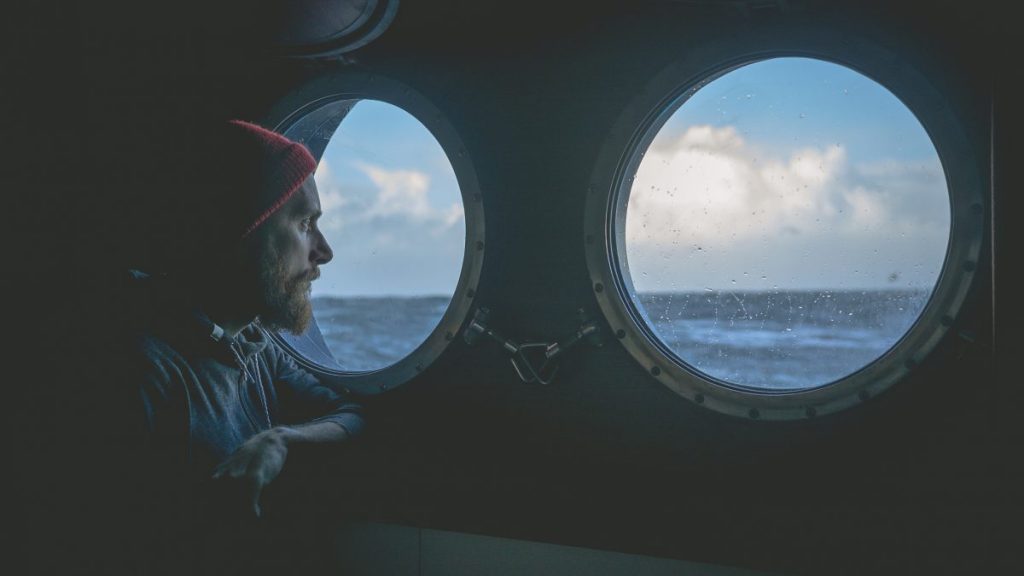 One of the most iconic characters in fiction is the Hatter from Lewis Carroll’s Alice’s Adventures in Wonderland. The Hatter seemingly suffers from a neurological disorder that many textile workers, including hatters, developed in the 17th and 18th centuries. Erethism, or mad hatter syndrome, might be a result of mercury poisoning that led to behavioral changes, delirium, and memory loss. Hat-makers used mercury to stabilize wool while creating felt, and this exposed them to mercury vapors that would eventually poison them. By the Victorian era, erethism was common enough to prompt phrases like “mad as a hatter." 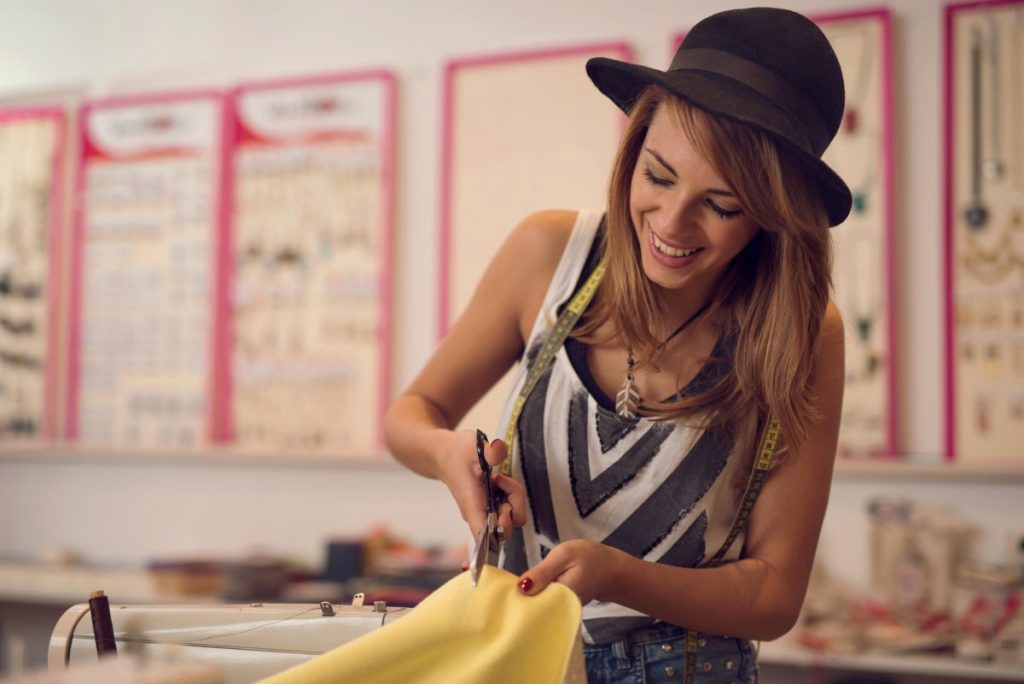 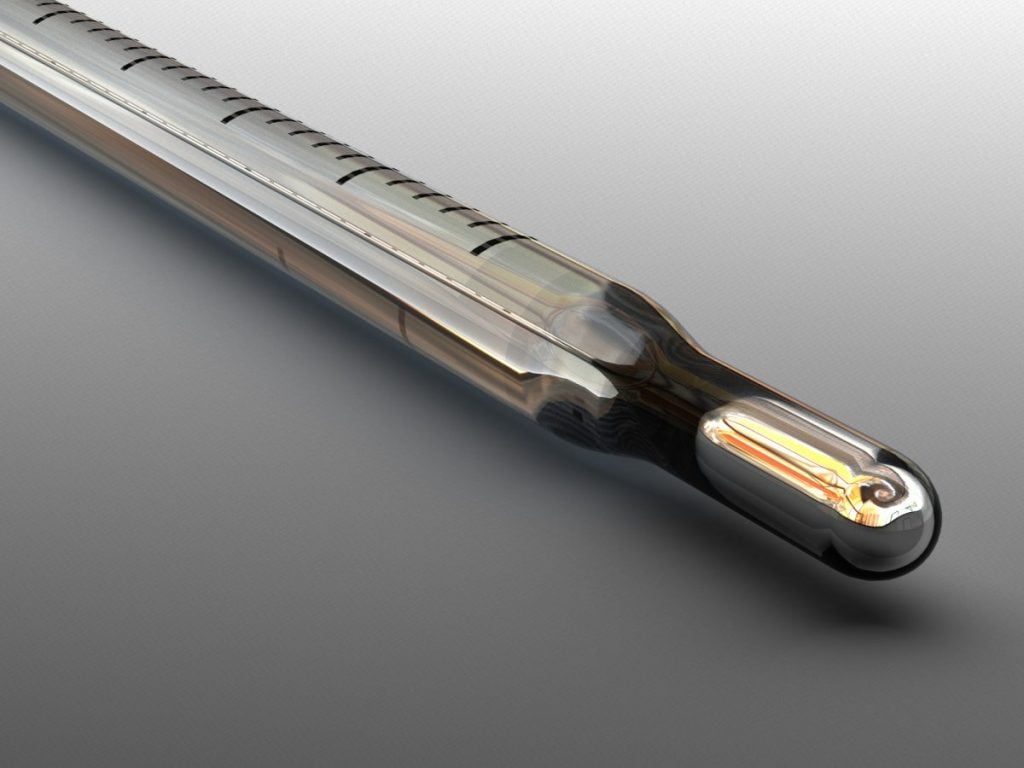 Physicians didn’t treat only diseases with mercury. They saw the element as a potential medication for issues such as depression, insomnia, injuries, and infertility. As science advanced, physicians discovered new medicinal uses for mercury. As recently as the 1990s, antiseptics containing mercury were widely available. Companies marketed these antiseptics as ideal for wounds, burns, and scratches. The United States Food and Drug Administration banned production of these antiseptics in 1998. 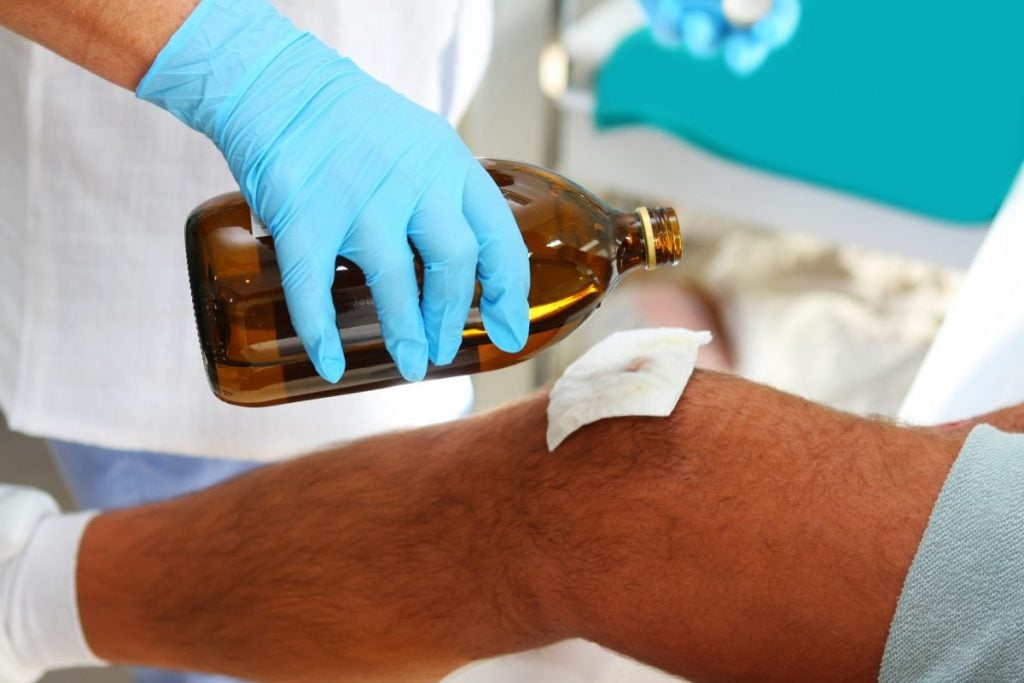 Thiomersal is an organomercury compound. The toxicity of the compound is dangerous, but it also provides many benefits. Thiomersal acts as an antiseptic and antifungal agent because mercury kills many of the biological agents that cause diseases and infections. Many vaccines contained thiomersal as a preservative. In 1999, the Centers for Disease Control and Prevention asked that vaccine manufacturers remove the thiomersal as a precautionary measure, though the scientific consensus is that there is no strong evidence the mercury posed any danger. 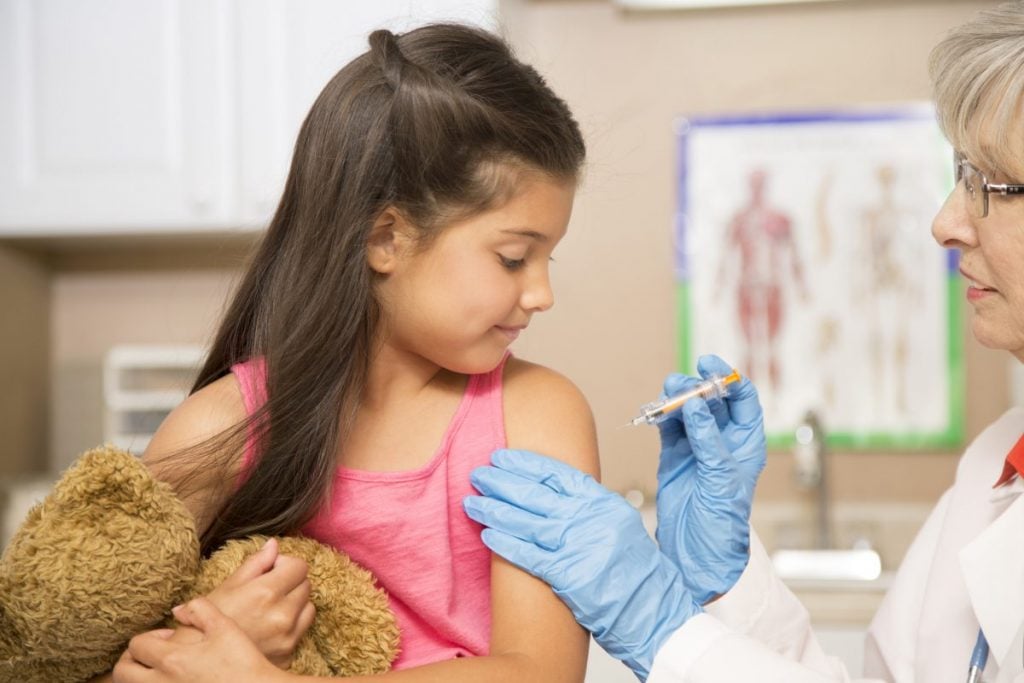 One of the few modern medical fields still using mercury is dentistry. When the United States was abandoning mercury as a medical element, 26 dentists founded the American Dental Association. This association defended the use of mercury and doctors continued to use the element in their amalgam. A mixture of metals such as silver, copper, and tin bind with mercury to form a substance that can fill in decaying teeth. It is possible for the metals to decay and expose the mouth to mercury, though the American Dental Association states that the small amount of mercury poses no threat. 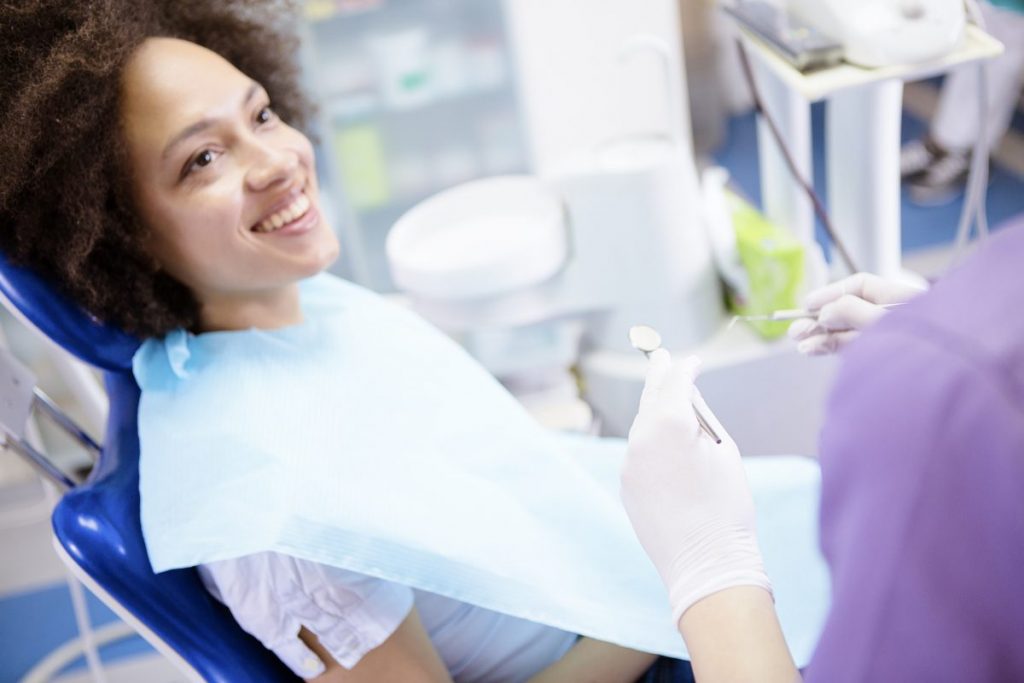