10 Foods to Avoid if You Have IBS

Irritable bowel syndrome (IBS) is an uncomfortable, sometimes painful medical condition characterized by gastrointestinal disturbances. Symptoms vary from person to person, but in most cases, certain foods lead to bloating and cramping. Doctors generally instruct people with IBS to increase soluble fiber and decrease insoluble fiber, especially when dealing with IBS-D or IBS-predominant diarrhea. Often, the foods that trigger IBS symptoms vary slightly between individuals with the condition, though several common problematic foods exist. Besides the foods described below, the low FODMAP diet has been shown to help manage IBS.

Many people -- not just those with IBS -- experience discomfort after eating dairy. Lactose intolerance and IBS symptoms are almost identical, so some individuals with IBS may not even realize that they are lactose intolerant, and vice versa. Milk is high in fat, which can trigger diarrhea and other IBS symptoms. Dairy fat can also cause loose bowels and irritation. Almond, coconut, and hemp milk can replace dairy milk in many recipes. 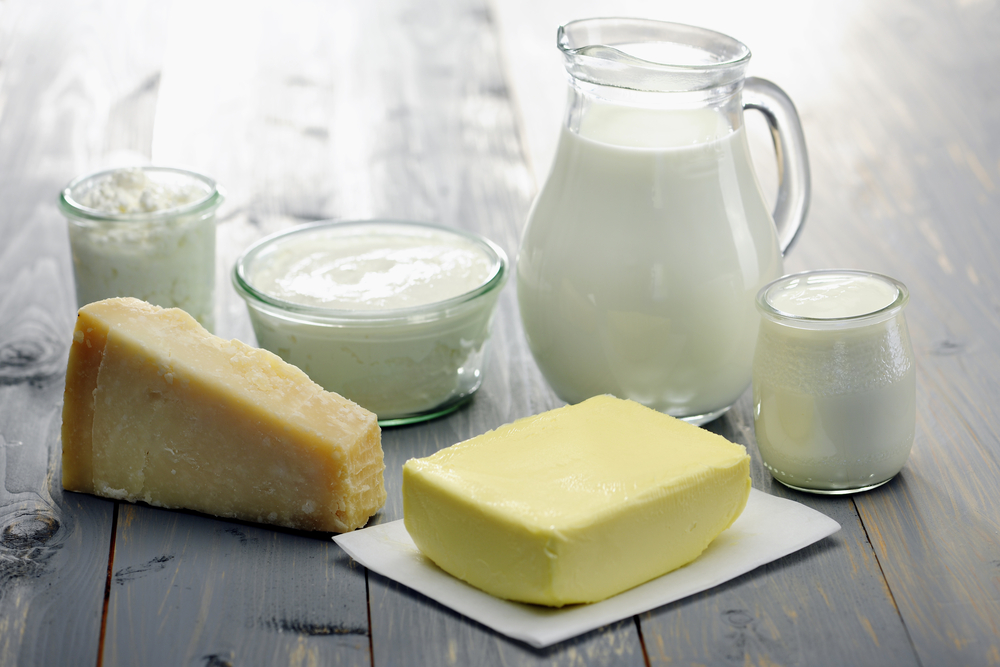 Consuming fat triggers the colon and the rest of the digestive system to begin working. Unfortunately, after too many fatty foods, people with IBS often experience cramping, bloating, and periods of constipation and diarrhea. As the food works its way through the gut, the colon contracts, trapping gas and fecal matter with embarrassing or painful results. People with IBS should avoid fatty meat and fried, greasy foods as much as possible. 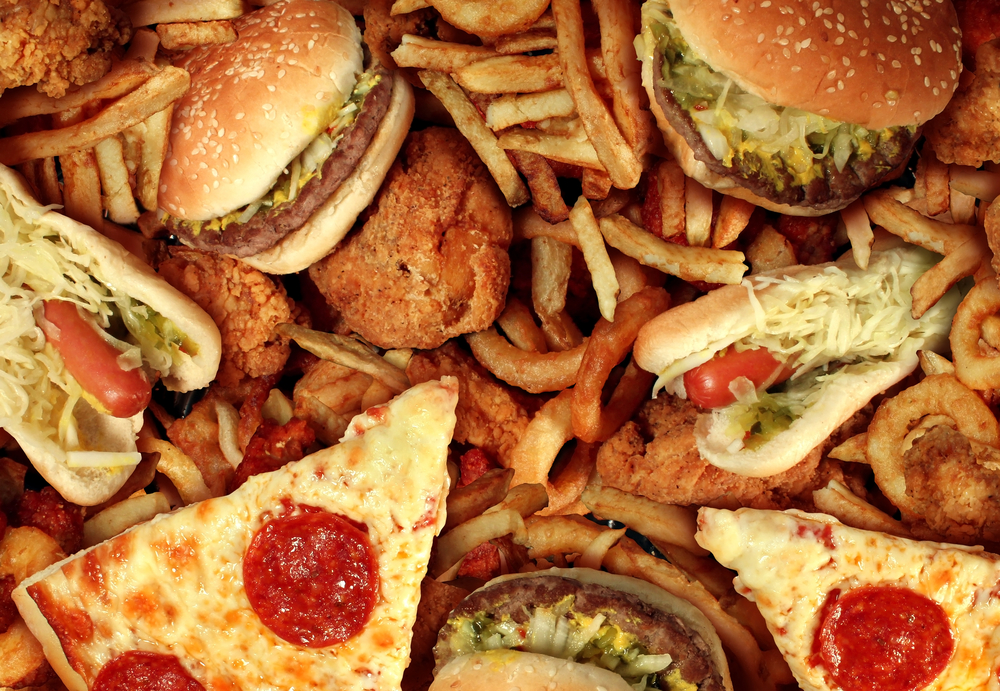 Gluten intolerance affects more than just people with Celiac disease, which is a serious allergy to the protein. Many people find gluten, a protein found in various ingredients, most commonly wheat, difficult to process. Though IBS and Celiac disease can be mistaken for one another, the symptoms caused by the former are unrelated to the autoimmune system. Though avoiding gluten requires reading a lot of food labels, there are many gluten-free options available today. 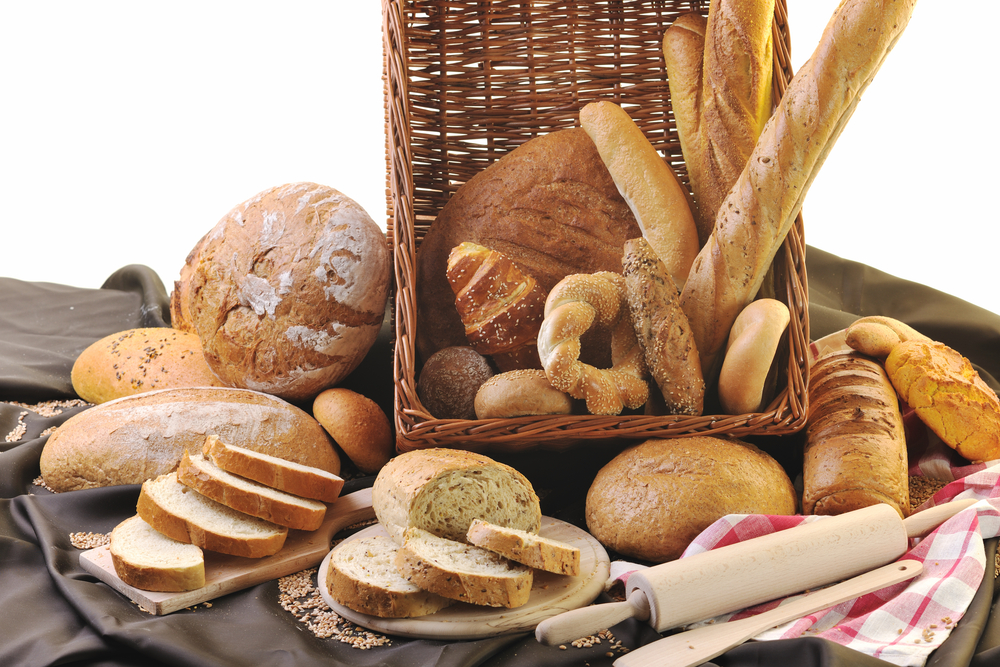 Despite the many health benefits attributed to the dark variety, chocolate is a common trigger for painful IBS symptoms, as well as other conditions such as migraines. While small amounts of chocolate are unlikely to cause serious side effects, too much can disrupt the digestive system. Milk chocolate, which is mixed with cocoa butter and sugar, is usually more problematic than very dark chocolate. 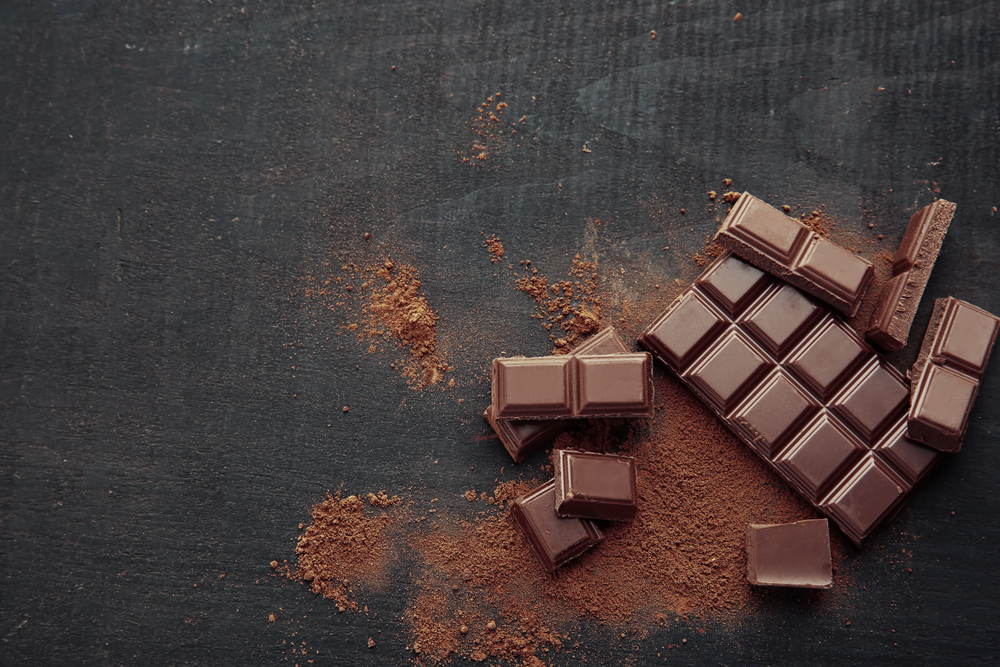 Fried foods are not good for anyone's digestive system, especially a person with a spastic colon. The high-fat content in fried foods is the most likely culprit, and foods like french fries and chicken fingers should be avoided or consumed in small amounts. Preparing baked versions of popular fast foods can ease cravings for these popular choices. 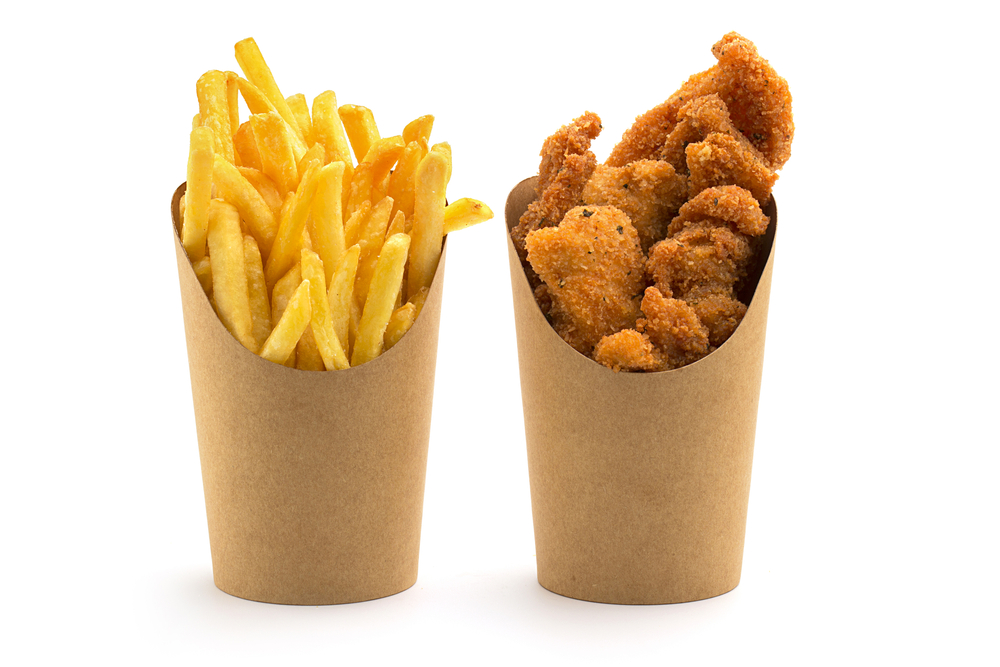 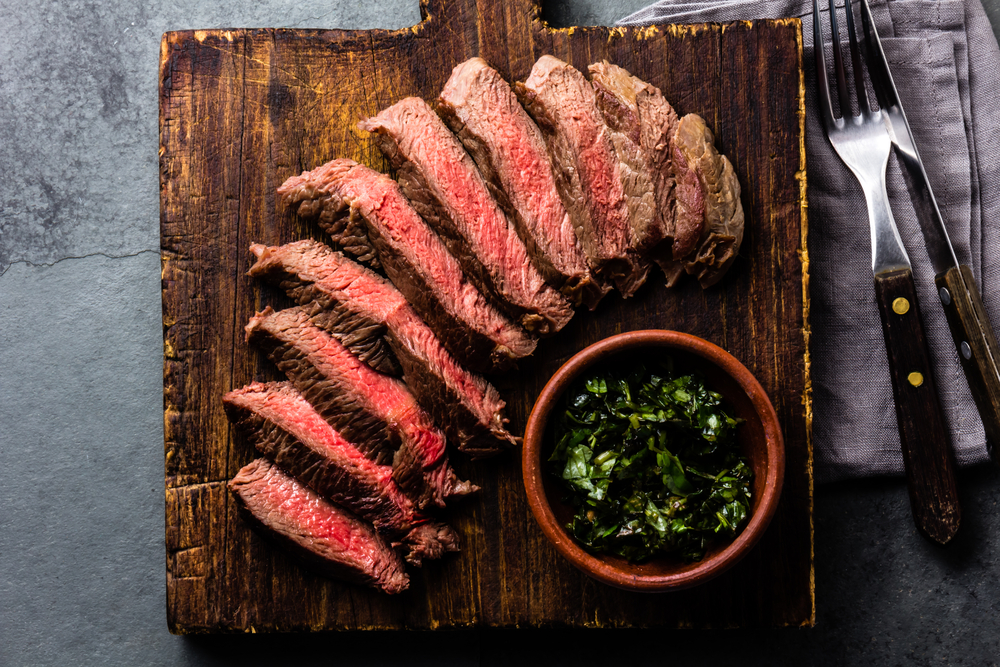 Caffeine is a well-known gastrointestinal stimulant and is best avoided by people with IBS and those prone to symptoms like diarrhea. Beverages such as coffee, soft drinks, and black or green tea have enough caffeine to irritate the digestive system quite quickly. Though caffeine has numerous health benefits, as well, people with IBS should seek alternatives. Carbonated drinks are also good to avoid, as they often cause gas and bloating. 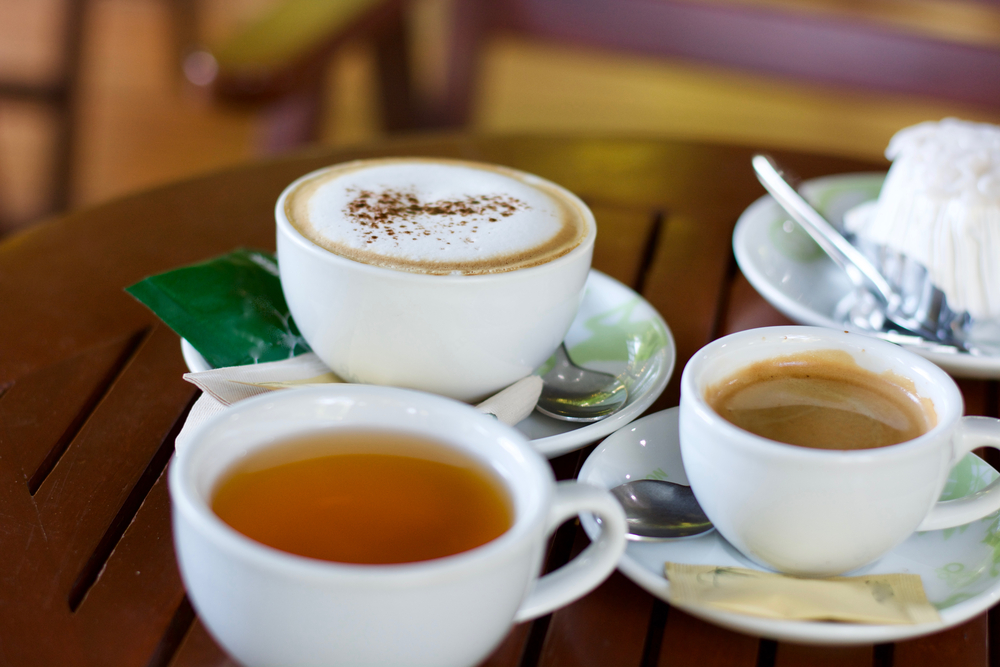 Alcohol is another gut stimulant that, once consumed, will quickly take command of the digestive system by moving things along quicker than desired, causing bloating, gas, distention, and discomfort. Soda-based cocktails can exacerbate these symptoms because of the added carbonation. Beer mixes alcohol with carbonation and gluten and could be the worst option. People with and without IBS should consume alcohol only in moderation, and the former may be able to occasionally enjoy distilled alcohol such as gin, vodka, scotch, whiskey and rye, and wine are least likely to cause gastrointestinal issues. 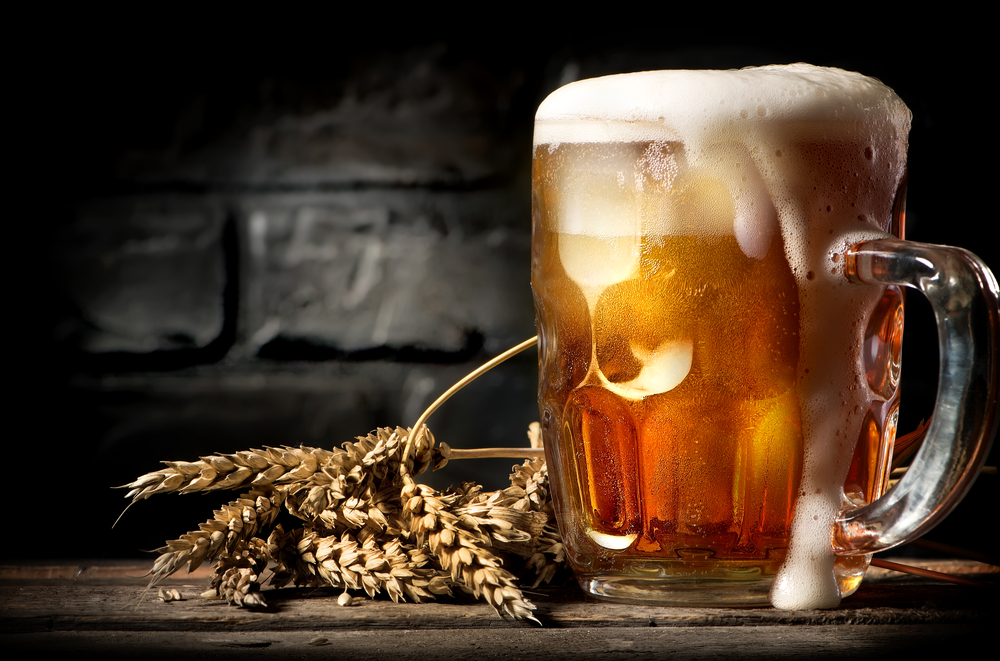 Beans are a heart-healthy food and an excellent source of plant-based protein; they are an especially significant part of many vegan and vegetarian diets. People who face digestive complaints, however, may need to reduce their consumption of pulses like beans, as they are prone to causing bloating, gas, and cramping. Given their nutritional profile, many people seek ways to work around these drawbacks. Soaking beans overnight or cooking the beans in pressure cookers can help remove the compounds that cause gas, and cooking at higher heat can also ease resulting IBS symptoms. However, Soy, black, fava, kidney, and navy beans should be avoided as they contain high amounts of fructans, which cause excessive bloating. 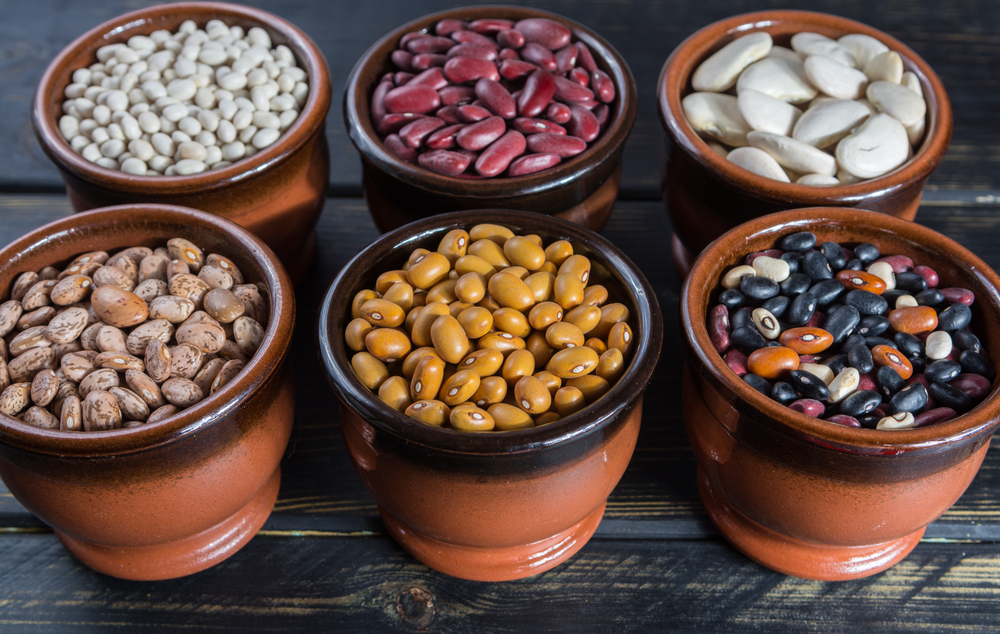 Broccoli, cauliflower, cabbage, kale, and Brussel sprouts are healthy and popular vegetables, but they all tend to cause gas and bloating, especially when consumed raw. Cruciferous vegetables are high in sulfur and produce hydrogen sulfide when broken down in the colon. They also contain a compound called raffinose, which humans cannot break down, so it passes through the stomach and small intestine undigested. When raffinose enters the colon, the organ works harder to break it down, leading to bloating and gas. 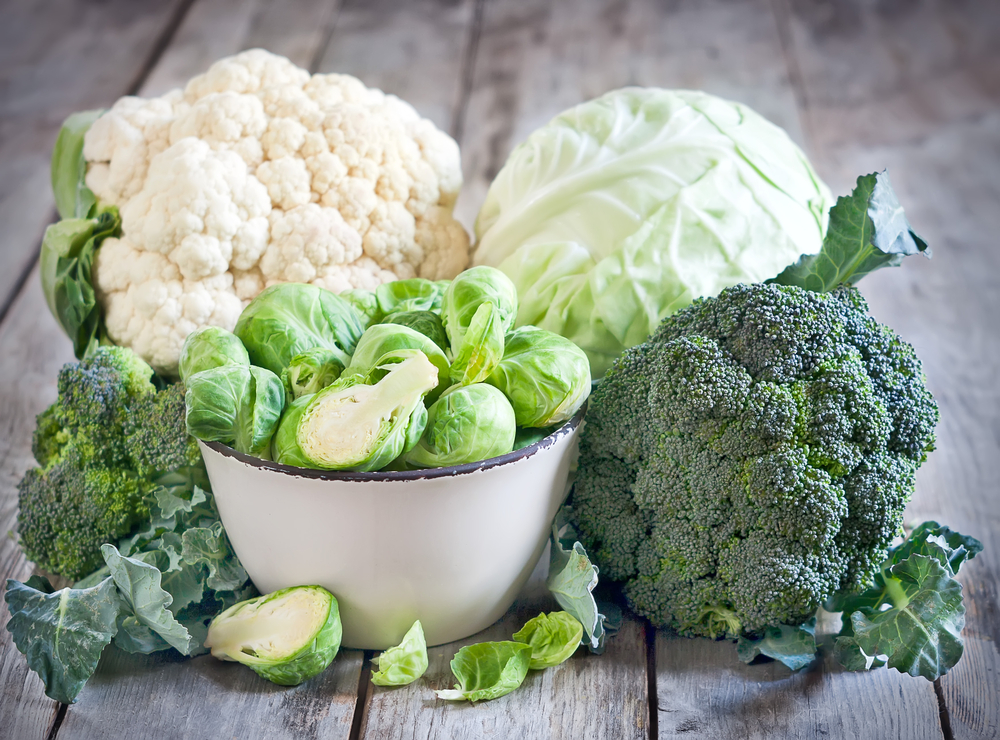