The 10 Worst Foods for Gout

Gout is the most common inflammatory arthritis, affecting more than 8.3 million adults in the U.S. alone. Although gout is treatable, there is no permanent cure. Research has shown that a buildup of crystallized uric acid in the joints and tissues, and a compound called purine, commonly found in foods leads to gout. By avoiding the worst foods and beverages that are high in purine, gout can be managed effectively alongside the use of medication and a proper diet.

Alcohol consumption of any kind is known to be a factor in recurrent gout attacks, and those who have experienced gout attacks should avoid consumption if possible. However, some alcoholic beverages contain either yeast or fructose that could lead to a buildup of uric acidand as a result, gout.

Spirits and beer should be avoided entirely. The yeast used for brewing beer has around three times as much purine as normal baking yeast. Bottle-conditioned and unpasteurized beer have even higher levels of residual yeast. When alcohol is consumed, it causes the kidneys to excrete alcohol instead of uric acid, leaving the acid in the system and causing buildup. Wine may cause less of this buildup, but it contains both yeast and fructose which could trigger a gout attack. 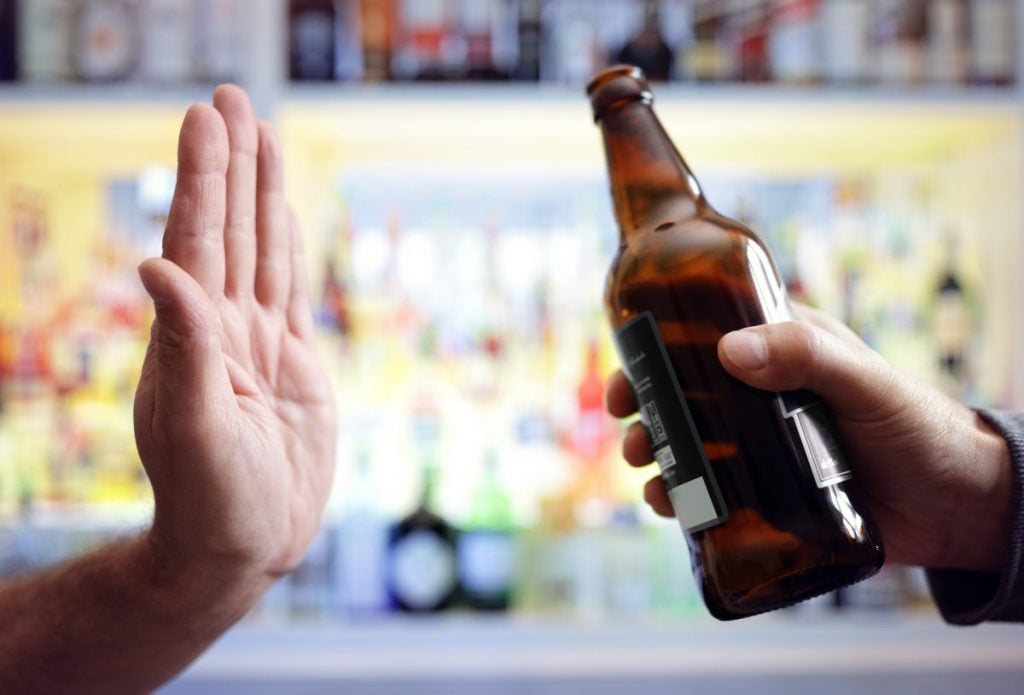 Mussels and scallops have significantly higher levels of purine than other shellfish. They should be avoided even during periods of remission without any symptoms of gout. Crab, lobster, oysters, and shrimp have less purine content but also have high enough levels of purine to cause a gout onset. They can be eaten in moderation as long as a low-purine diet has been followed. 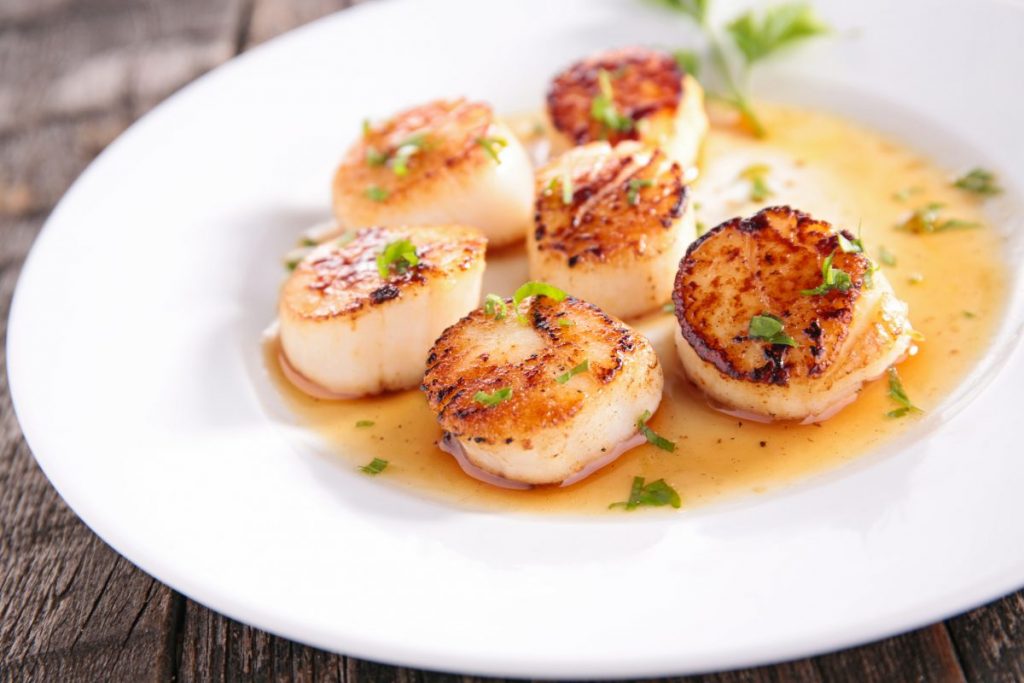 Wild game such as turkey, venison, rabbit, and quail are enjoyed in fine dining establishments and home kitchens alike. Unfortunately, these proteins have some of the highest purine amounts and shouldn’t be consumed by those who have experienced gout. Because duck has a lower amount of purine compared to other wild game, it can be eaten in moderation alongside a low-purine diet. 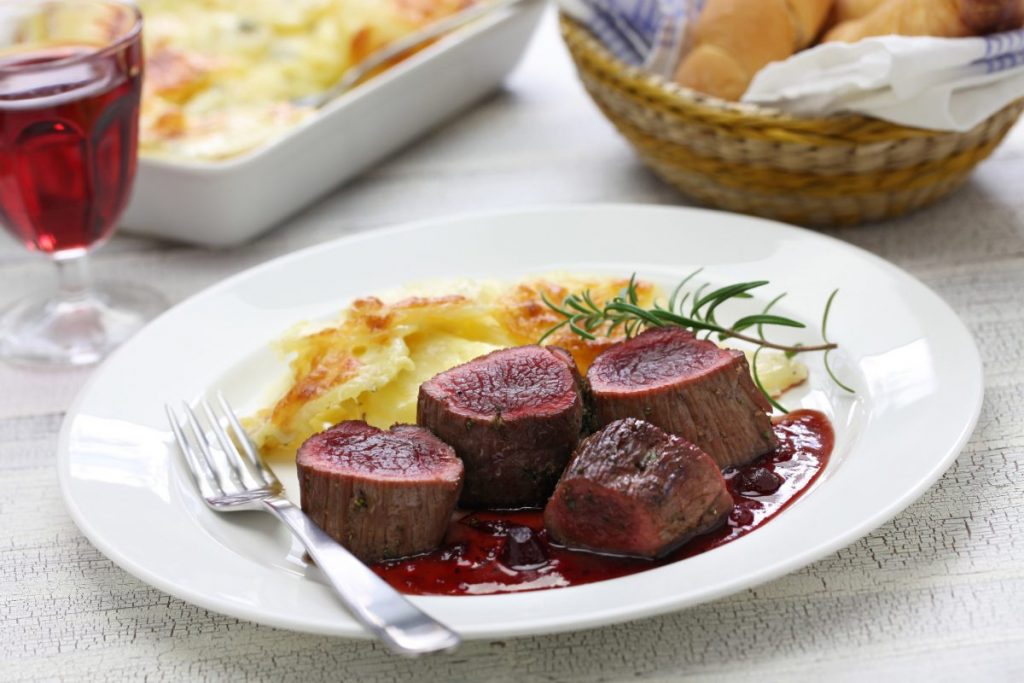 Although liver and onions may be a favorite dish, those who live with gout should not eat organ meats, which are high in purine. Following a diet that lowers purine intake will decrease the buildup of uric acid in the joints and reduce the risk of future gout attacks. Other organ meats include brain, heart, tongue, and sweetbreads. 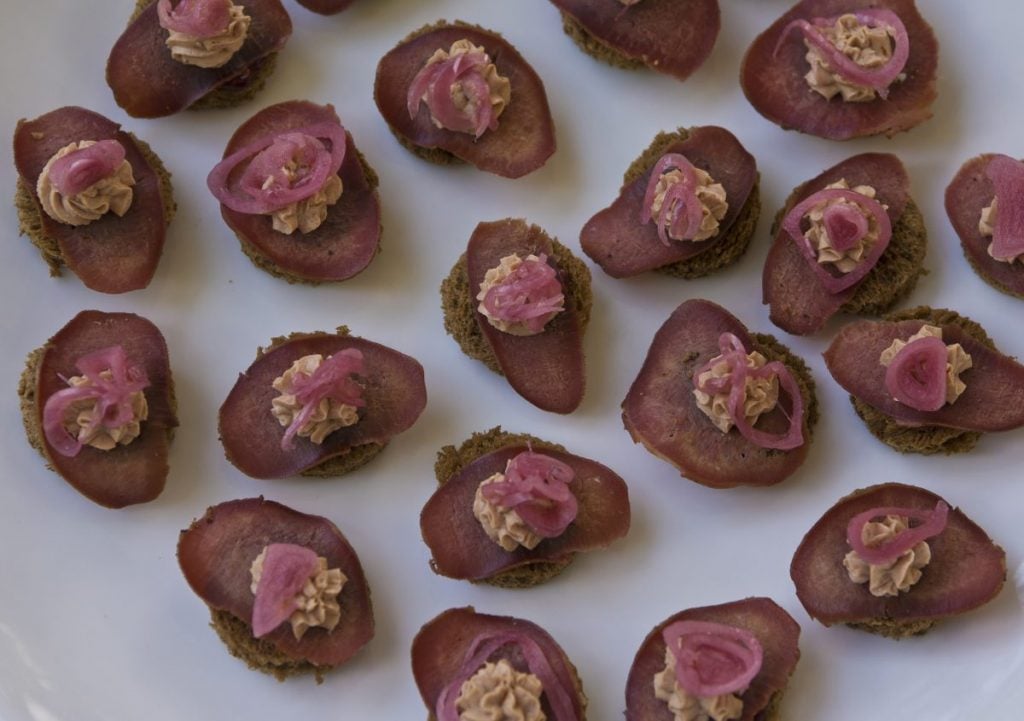 Potentially one of the hardest foods to avoid, beef contains a moderate amount of purine. It is possible to consume meat as long as it is part of a healthy diet that includes low-purine foods. The notable exception to this is veal. Veal has one of the highest purine countsfound in meat and individuals who have gout are advised to avoid it.

Like beef, pork can be included in a balanced diet because it has less purine than many other types of meat. Certain types of pork, however, are not recommended.Bacon, in particular, has such a high purine count that it should not be included in the diets of those with gout. 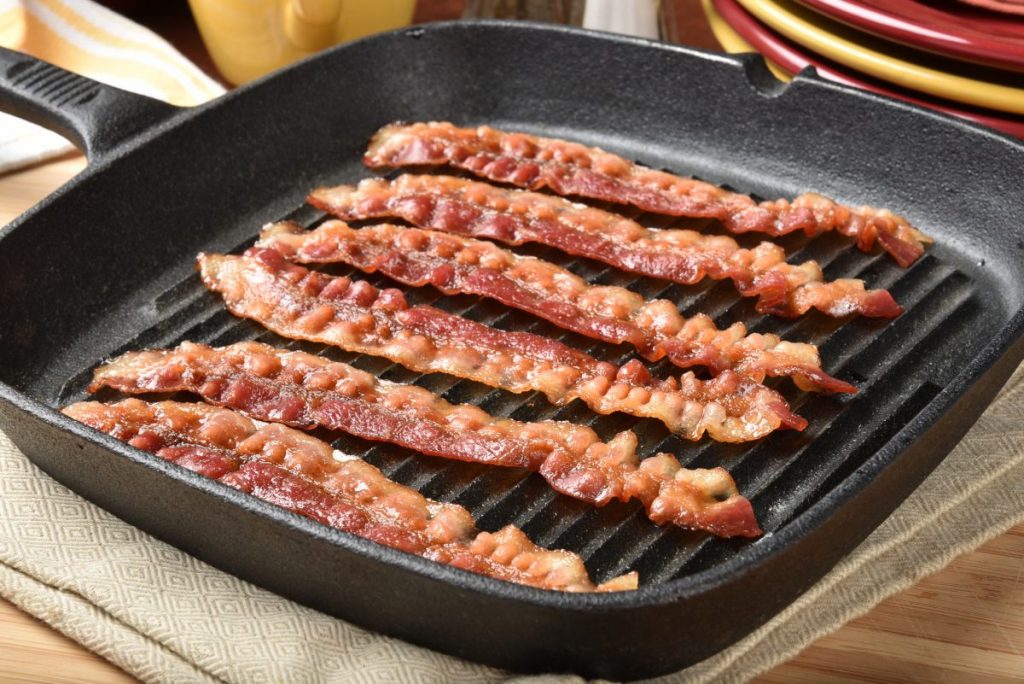 Despite what you may have been told, vegetables aren’t always good for you. This is especially true when it comes to people with gout. Certain vegetables can contain such high amounts of purine that they can be almost as bad for gout as some of the purine-filled meats. Vegetables such as asparagus, spinach, and mushroomsare to be avoided. However, adding low-purine vegetables to a diet can help combat gout and how frequently it appears. These vegetables are cabbage, squash, and red bell peppers.

For those struggling to find vegetables to offset the lack of protein in their diet without meat and mushrooms, there is a solution. Tofu has been shown to barely increase uric acid production and is a measurable source of protein. Those with gout should avoid eating tofu that has been deep-fried, as this method of cooking will increase uric acid production and negate the positives of tofu.

There are many health benefits of adding fish to a diet. However, anchovies, tuna, and sardines are full of purine. The potential health benefits of fish may outweigh the risks for some people. If fish must be eaten while on a diet to manage gout, those three types should be avoided. Controlled portions of other types of fish can be eaten. 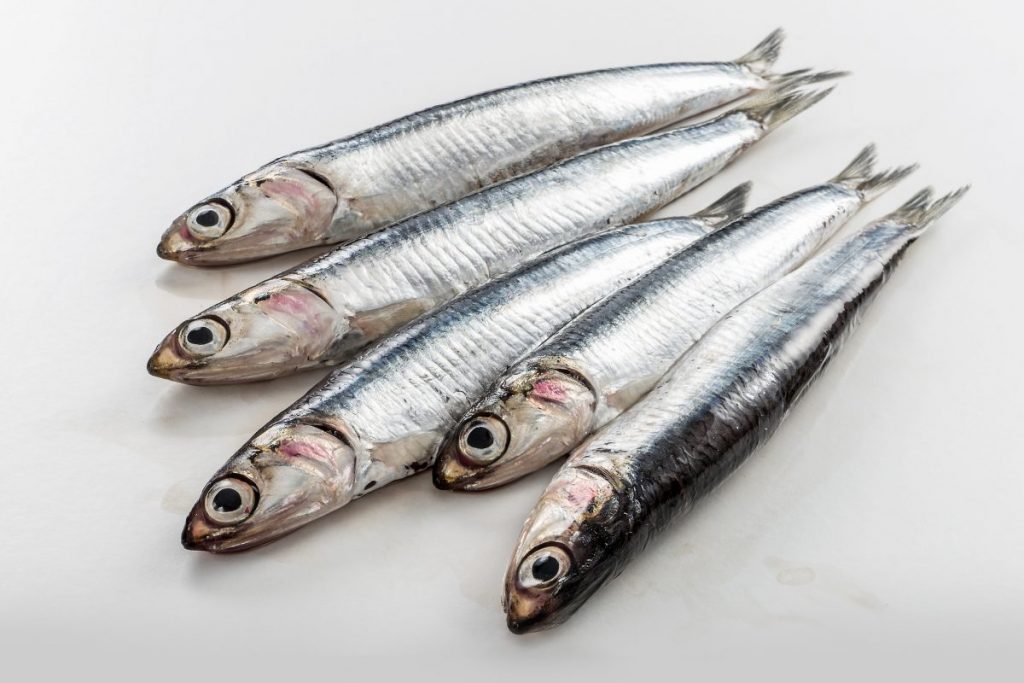 Purine is not the only thing that can be broken down into uric acid. Fructose that is found in sugar can also lead to painful gout attacks. The average American consumes between 22 to 30 teaspoons of sugar every day, and it can be incredibly difficult to cut out entirely. Avoiding anything with high fructose corn syrup such as sodas can help lower that amount. Fruit juice should also be consumed in lower quantities, although normal fresh fruits are still fine. 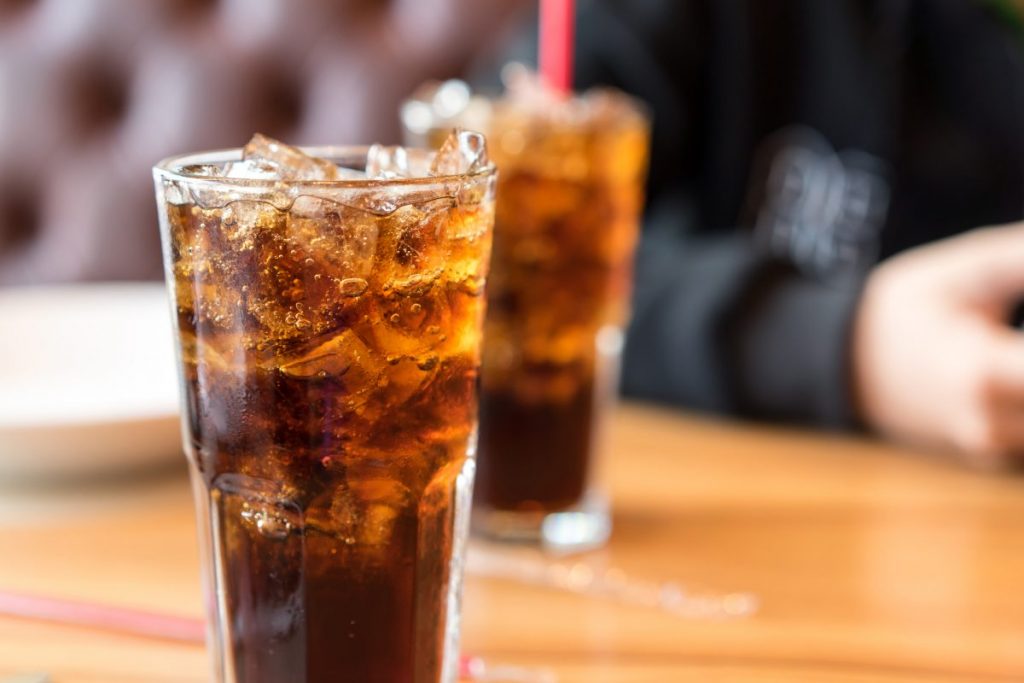 Foods such as white bread and white rice have very little actual nutritional content. What they do have is an abundance of refined carbohydrates. These can lead to increased uric acid development, which may lead to gout. By substituting whole grain bread or brown rice, a person with gout can dramatically reduce the risk associated with these foods. 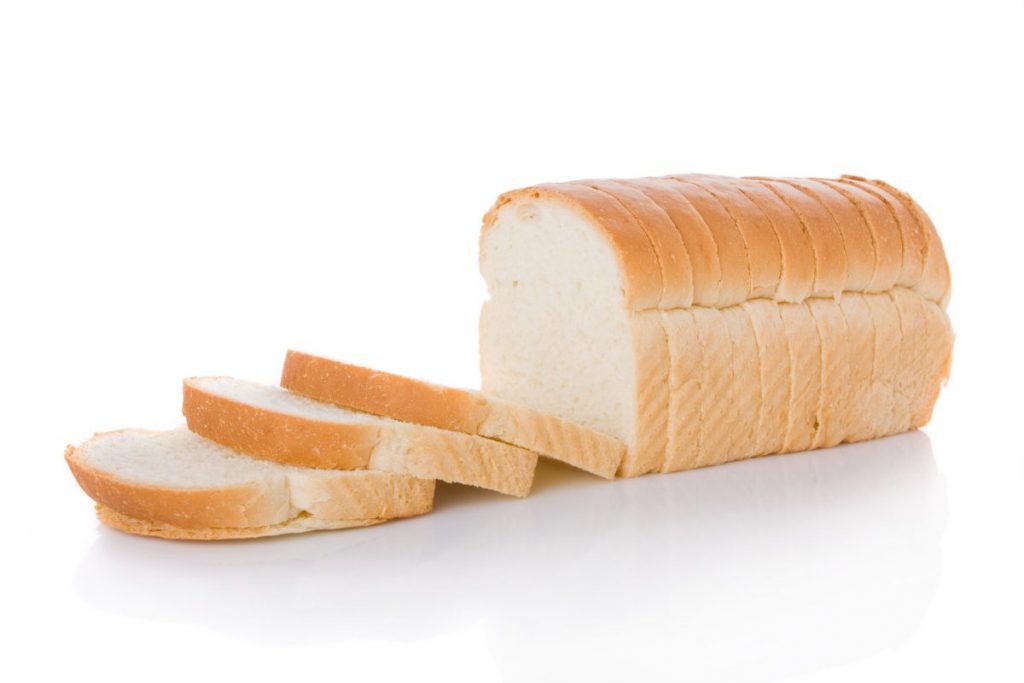 Everyone knows that chips and snack foods aren’t good for them. For people with gout, these types of snacks are even worse choices. Because they can be high in purine, fructose, and refined carbohydrates, these snacks rank high on the list of the worst foods to eat for a person who is trying to avoid a gout attack. 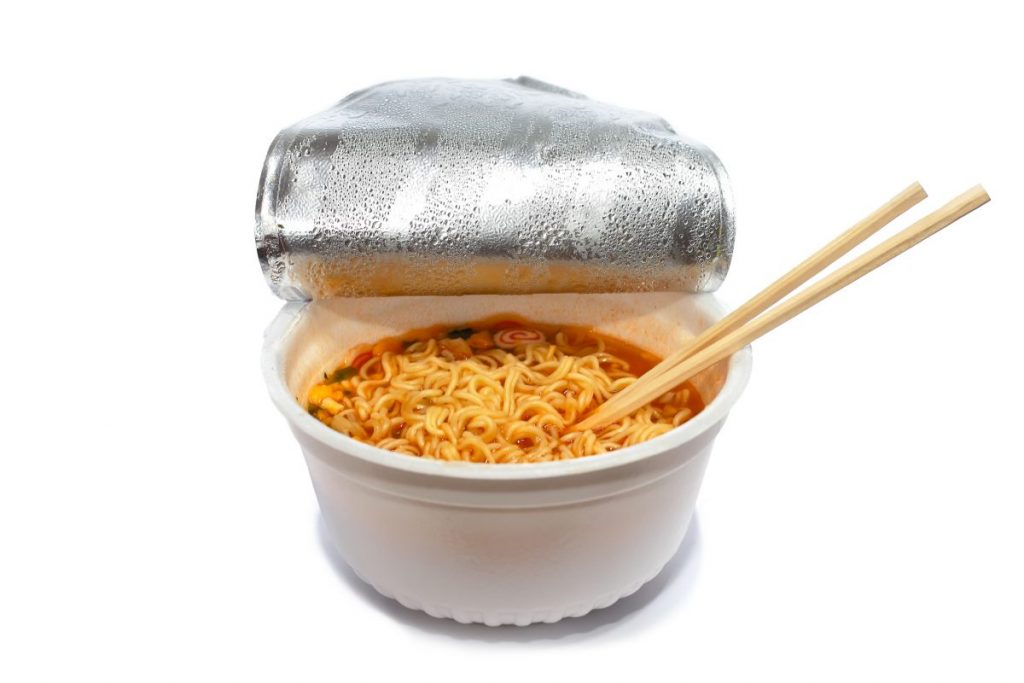