Familial adenomatous polyposis (FAP) is a genetic disease that causes colorectal cancer. In people with this gene mutation, thousands of non-cancerous polyps develop in the colon and rectum and eventually become malignant or cancerous. FAP cannot be cured, but surgical removal of the colon reduces the risk of colorectal cancer.

There are three variations of familial adenomatous polyposis: classic, attenuated, and autosomal. In attenuated FAP, polyp growth begins later in life and colorectal cancer typically does not occur until a person is in their fifties. Autosomal FAP is a more mild form causing significantly fewer polyps. 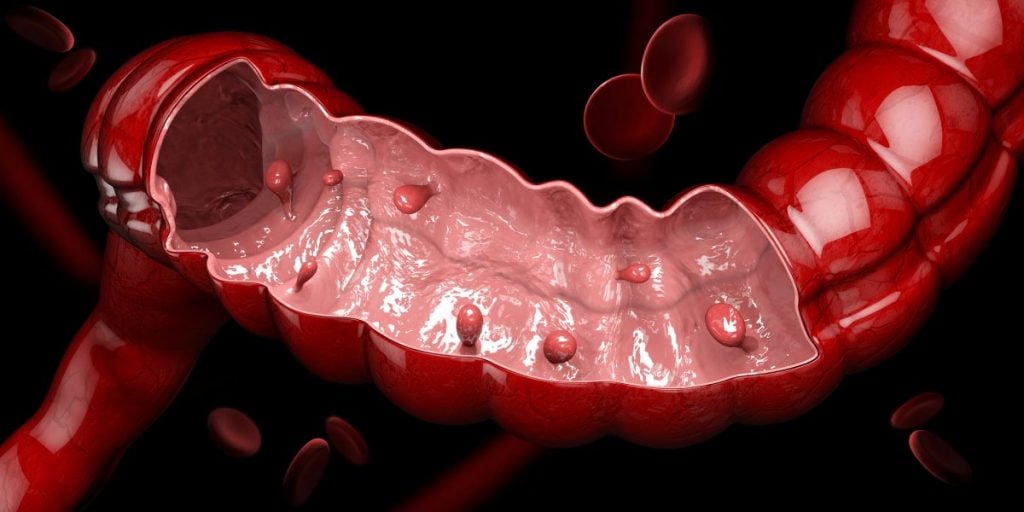 A mutation of the APC or MUTYH gene causes familial adenomatous polyposis. Classic and attenuated FAP are caused by the former mutation, which disrupts normal cellular function, leading to the overgrowth of cells and the subsequent development of polyps. Mutation of the MUTYH gene results in autosomal FAP by disrupting cells' ability to prevent genetic errors in DNA replication. These errors eventually lead to cell overgrowth and polyp development. These mutations are almost always inherited, though, in rare instances, they can occur spontaneously. 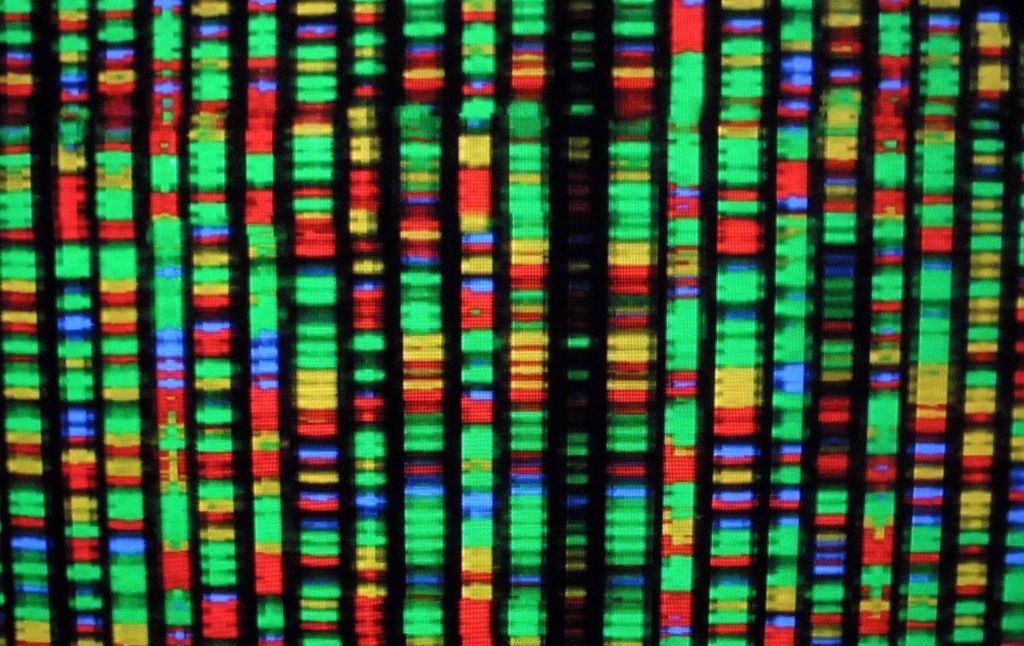 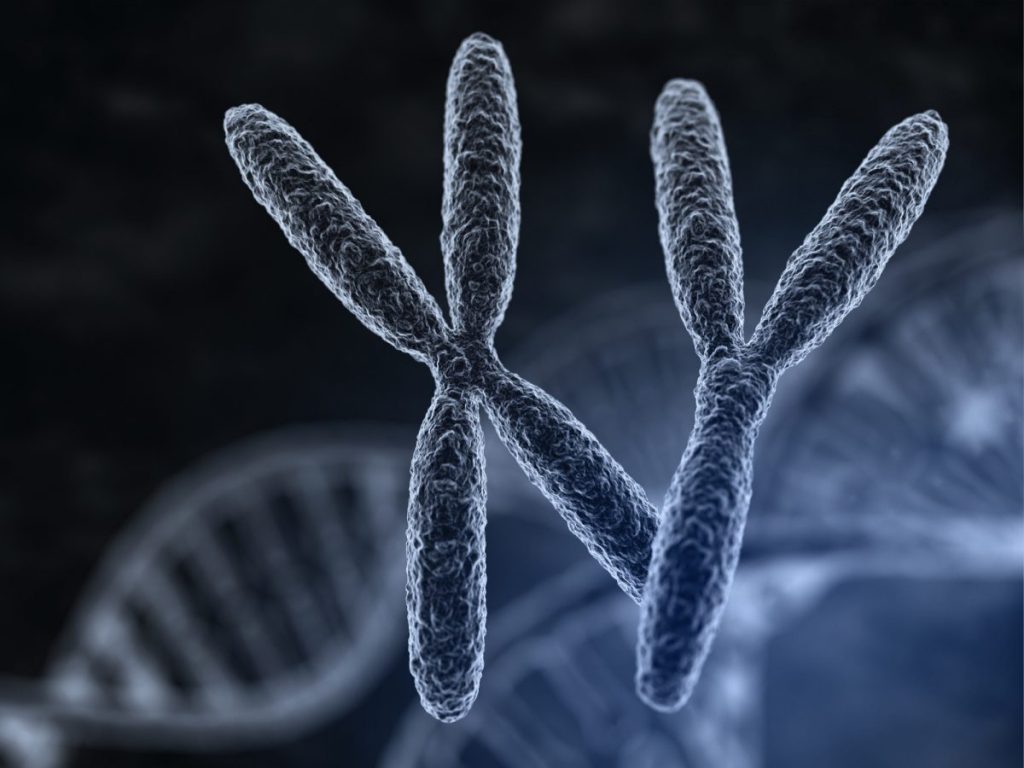 Signs and symptoms of familial autosomal polyposis do not typically occur until the later stages of the disease. Because those with a family history of FAP have most likely been screened and treated from an early age, these delayed markers are more common in people who develop the mutation spontaneously. In such cases, symptoms may be the first indication of the disease. Symptoms of FAP primarily affect the gastrointestinal tract and include 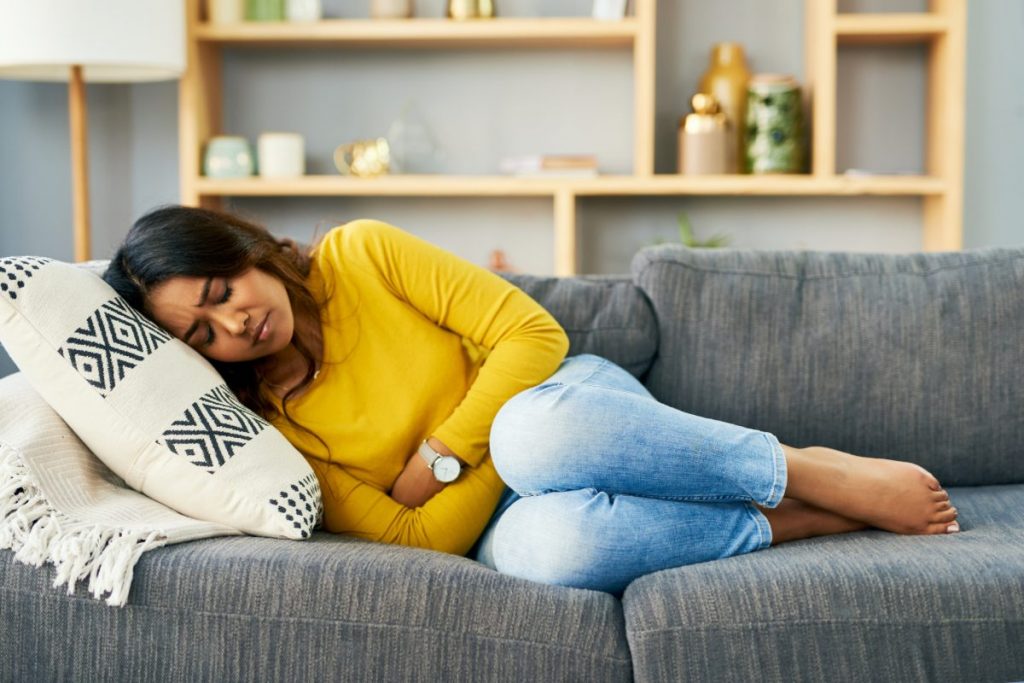 Complications of familial adenomatous polyposis include the development of benign or malignant polyps outside the colon and rectum, in the small intestine, the junction between the biliary system ducts and the small intestine, or the inner wall of the stomach. An individual may also have recurring desmoid tumors, benign fibrous growths that usually begin in the intestines and can invade surrounding tissue, organs, and nerves. FAP is also linked to a higher risk of cancer of the thyroid, central nervous system, and liver. 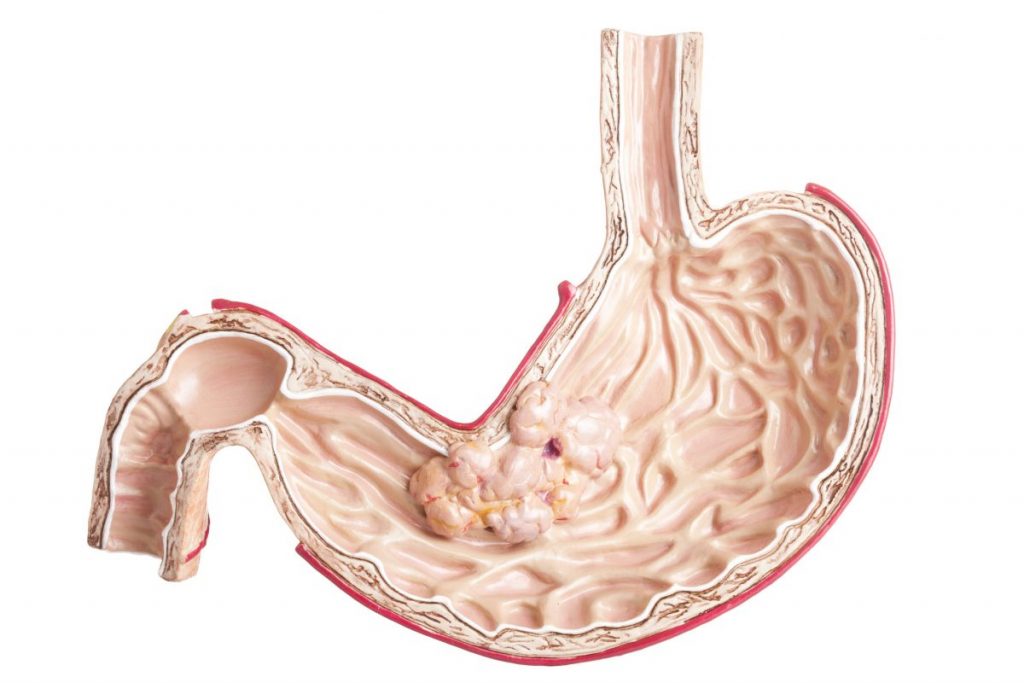 If a child has a family history of familiar adenomatous polyposis, they will likely undergo regular screening from an early age, to catch the growth of polyps as soon as it begins. Because FAP can develop as early as the teenage years, screenings usually begin around age 12. Several imaging tests can identify polyps confirming FAP. Sigmoidoscopies and colonoscopies require the insertion of a thin tube, a scope, with a light and camera on the end to scan the rectum and colon for growths. Esophagogastroduodenoscopy (EGD) is similar, though in this procedure the doctor inserts the scope through the mouth and threads it through the digestive tract to the small intestine. 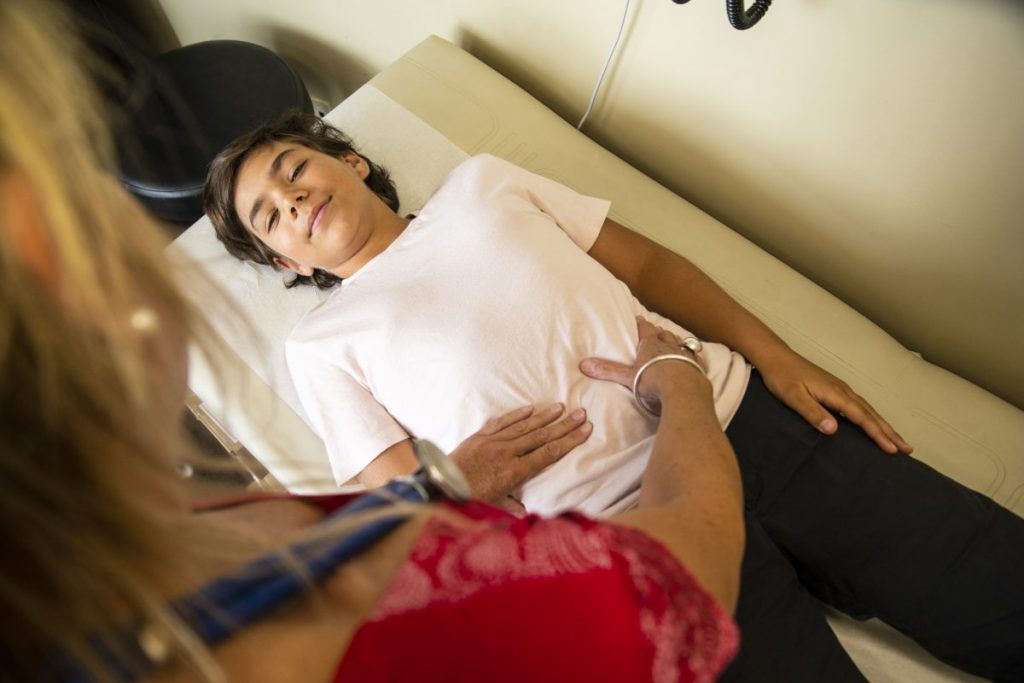 Advancements in genetic testing now allow doctors to diagnose familial adenomatous polyposis through simple blood tests, and DNA sequencing enables identification of the condition before polyps develop in children with a family history of the condition. This test can successfully identify the mutated gene in about 80% of cases. 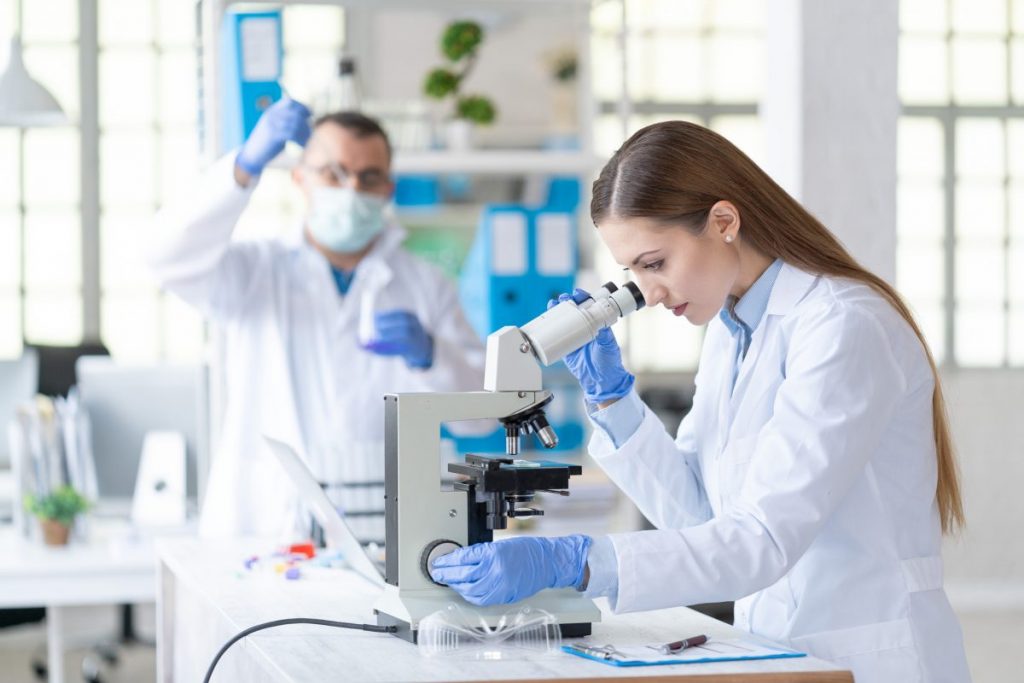 People with familial adenomatous polyposis usually have polyps removed during their annual colonoscopy, which helps prevent or delay the development of cancerous polyps. With progressively rapid polyp growth, removal becomes impossible. This usually occurs in in the early twenties and at this point, it is necessary to remove the colon. 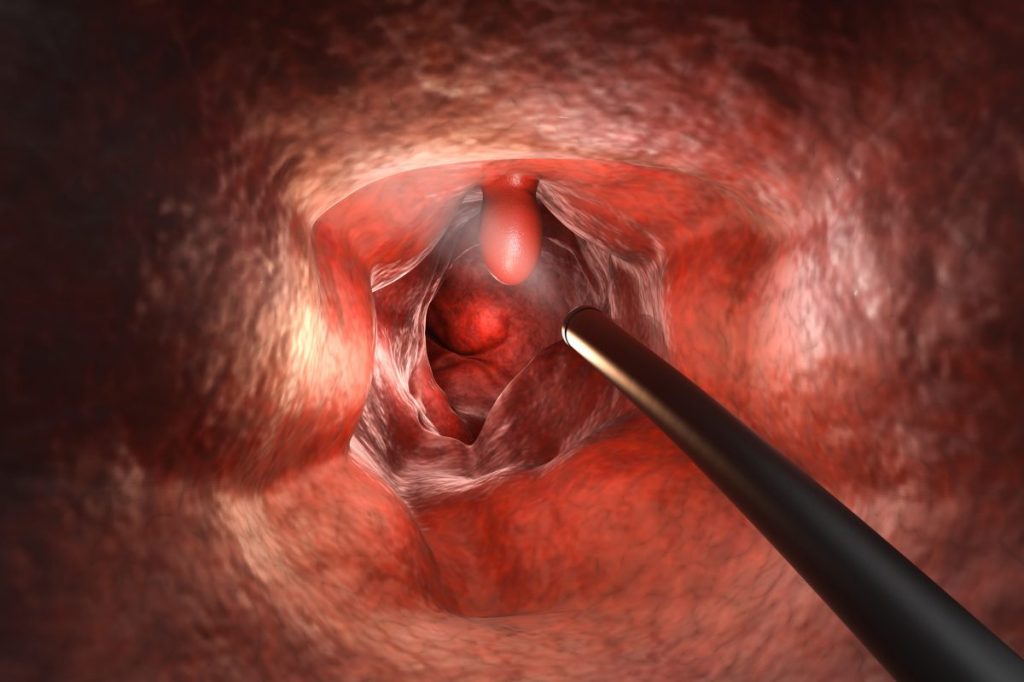 Surgical Removal of the Colon

The only guaranteed way to prevent colorectal cancer in people with FAP is removal of the colon. The approach to this surgery depends on several factors, including age, the number and size of the polyps, and any complications. A total proctocolectomy with a continent ileostomy removes the colon and the rectum. This procedure requires lifetime use of an ileostomy, a bag attached to the small intestine and placed outside the body to collect digestive waste. In a total proctocolectomy with ileoanal anastomosis, the surgeon removes the colon and rectum and creates a pouch from the small intestine, which attaches to the anal canal and allows for normal bowel function. In a subtotal colectomy with ileorectal anastomosis, the entire colon is removed, leaving only the rectum. The small intestine is attached to the rectum, which also enables normal bowel movements. 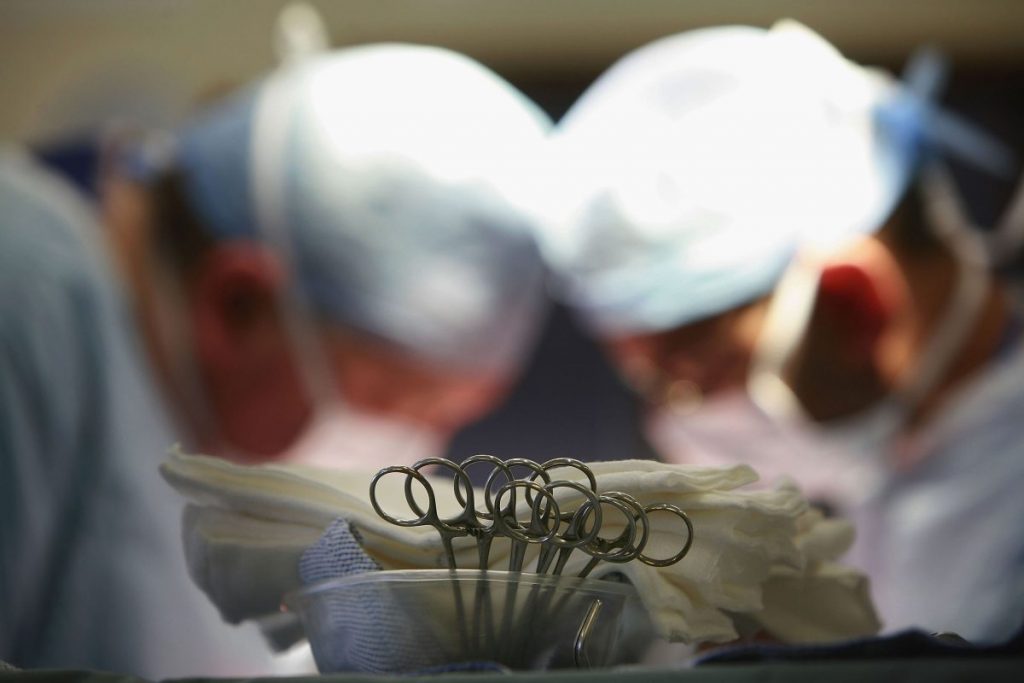 Following surgery to remove all or part of the colon, people with familial adenomatous polyposis require lifetime care and monitoring of their condition. Polyps can still develop in the stomach, small intestine, and remaining colon, so regular screening is crucial. In many cases, removal of these growths is straightforward, though some require additional surgeries. Following surgery, doctors will prescribe medication to shrink and prevent polyps. Non-steroidal anti-inflammatory drugs and COX-2 inhibitors are most common. With committed management of the disease, most people with FAP are able to continue normal, healthy lives. 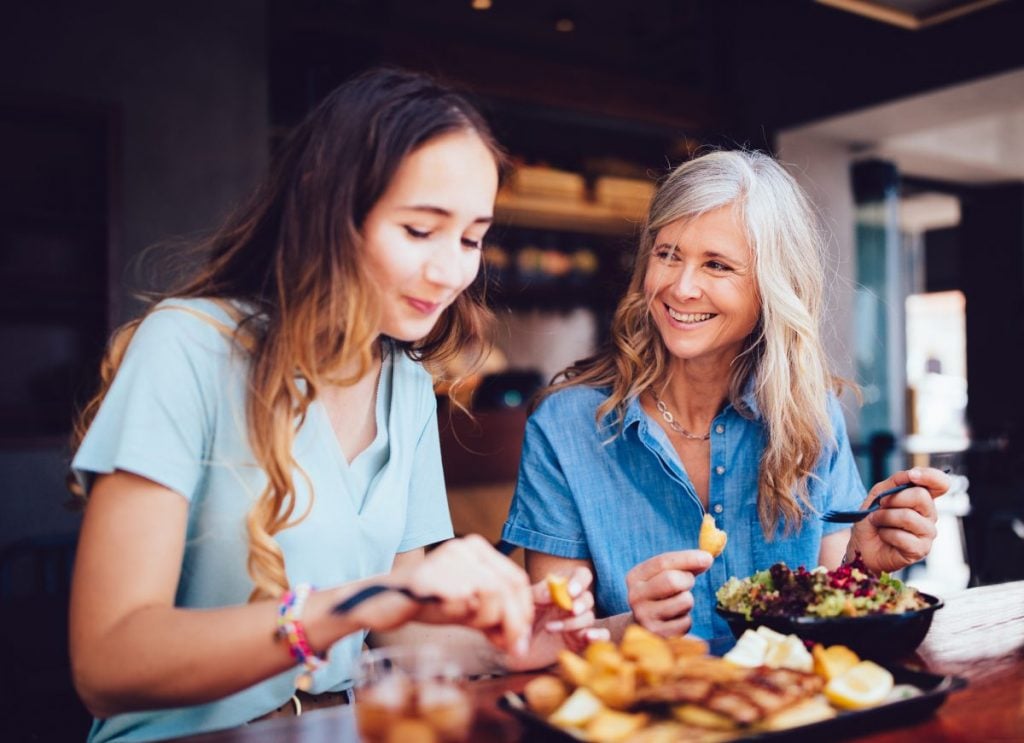