Diseases are classified as rare if fewer than 200,000 people are diagnosed with the condition. The National Institutes of Health lists 7000 rare diseases, affecting an estimated 25 to 30 million people. People inherit most rare diseases, but there are those that randomly appear due to odd gene mutations. Historically, pharmaceutical companies have chosen not to develop treatments for these diseases. As a result, medical professionals refer to these rare genetic disorders as orphan diseases. Some are fatal, but others have no severe complications and ultimately do not affect the individual's quality of life.

When a protein called prion causes normal brain proteins to fold abnormally, affected individuals may develop a prion disease such as fatal familial insomnia, which involves the PRNP gene. FFI is the result of changes in the thalamus, the part of the brain that regulates sleep and consciousness, motor control, and many many other bodily functions. The disease causes insomnia, weight loss, increased or decreased body temperature, and rapid dementia. It only requires one gene from one parent to develop. Within 12 to 18 months of the first symptom, the individual dies. There is ongoing research into the disease. 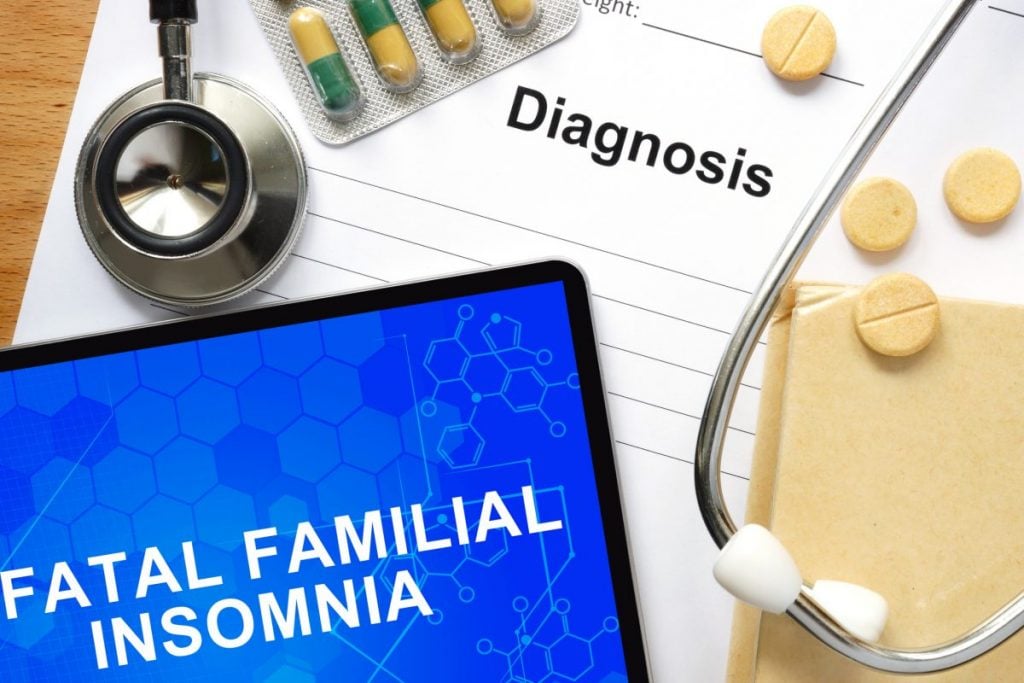 At birth, children born with progeria look healthy, but by the time they reach their second birthday, symptoms begin to appear. This genetic condition causes children to exhibit the signs of aging at an accelerated rate. They experience growth failures, loss of body fat, and visible skin changes similar to those of a much older adult. People with progeria also experience progressive hardening of the arteries, strokes, and cardiovascular disease. Of the 1000 children born with the disease each year, most will only live about 14 years. Researchers identified a mutation of the LMNA gene as the cause. 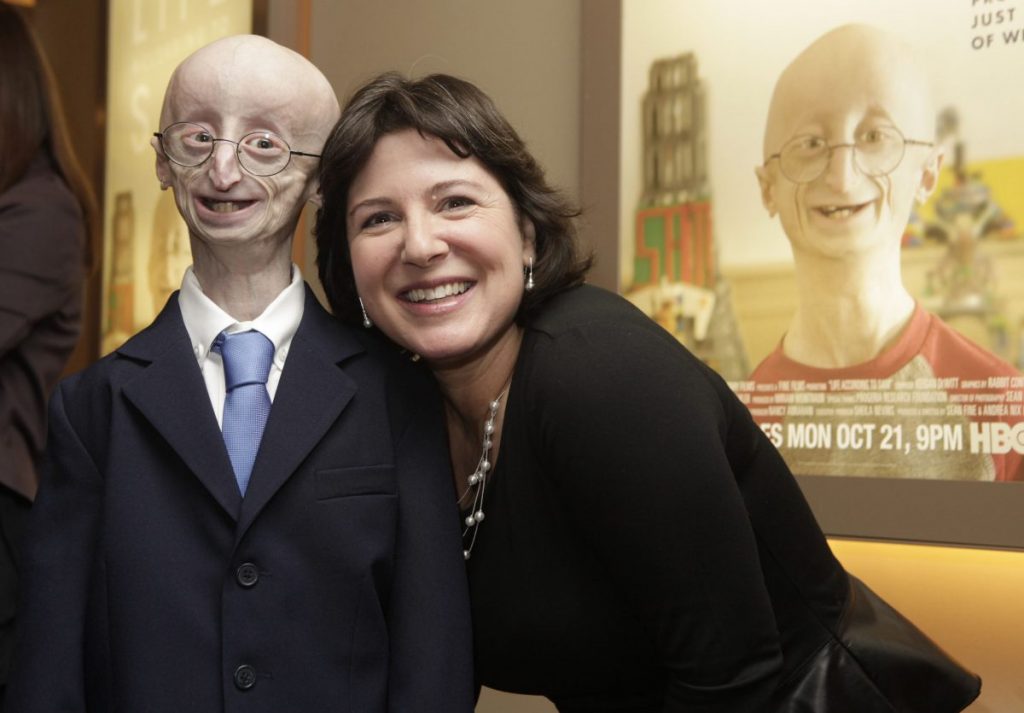 Short stature with limb, facial, and genital abnormalities characterize a rare genetic condition called Aarskog syndrome. The disorder affects more males than females and sometimes impairs intellectual capabilities. About 20 percent of people with Aarskog syndrome have a mutation of the FGDI gene, but the cause in others is unknown. Symptoms vary from person to person. Drooping eyelids, an underdeveloped upper jawbone, fleshy earlobes, a prominent widow’s peak, and delayed tooth eruption further identify those with the condition. The disorder appears in 1 out of 25,000 children. 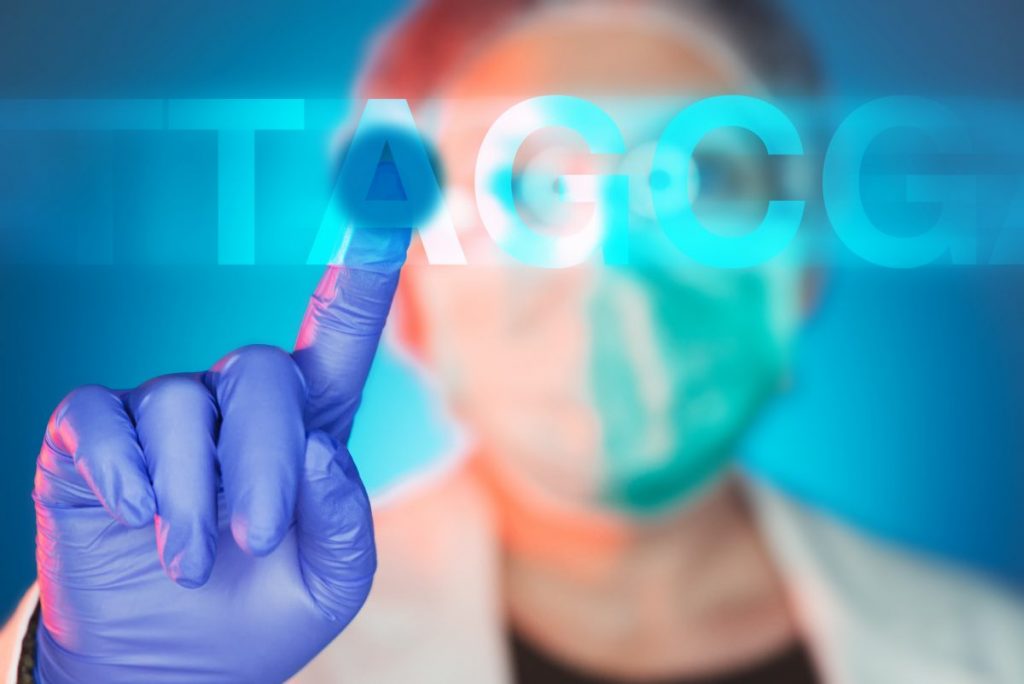 Unlike many other rare genetic disorders, Gitelman syndrome may not appear until the second decade of life. Two mutated genes, one from each parent, cause the disorder. Gitelman syndrome, often compared to Bartter’s syndrome, damages the kidneys by seldom leads to a progressive renal condition. The disorder causes an inability to reabsorb salt, forcing changes in electrolytes and the fluid outside of cells, and leading to dehydration. Individuals may experience frequent urination as well as passing large amounts of urine. Additionally, some have heart palpitations, fainting, and salt cravings. Most people with Gitelman syndrome can expect a good prognosis, although there is no cure.

Appearing between the ages of 1 and 4, Angelman syndrome used to be called happy puppet syndrome. Symptoms vary greatly. Severe developmental delays, learning disabilities, tremors, jerky movements in the arms and legs, hand-flapping, sleep disorders, and seizures characterize the disorder. Some individuals cannot speak at all, while others learn to communicate through gesturing. Diagnosed children usually possess a happy disposition and erupt in uncontrollable laughter for no apparent reason. About ten percent are unable to walk. Cases may go undiagnosed and mistaken for other disorders, but researchers estimate that the syndrome affects 1 in 20,000 children. 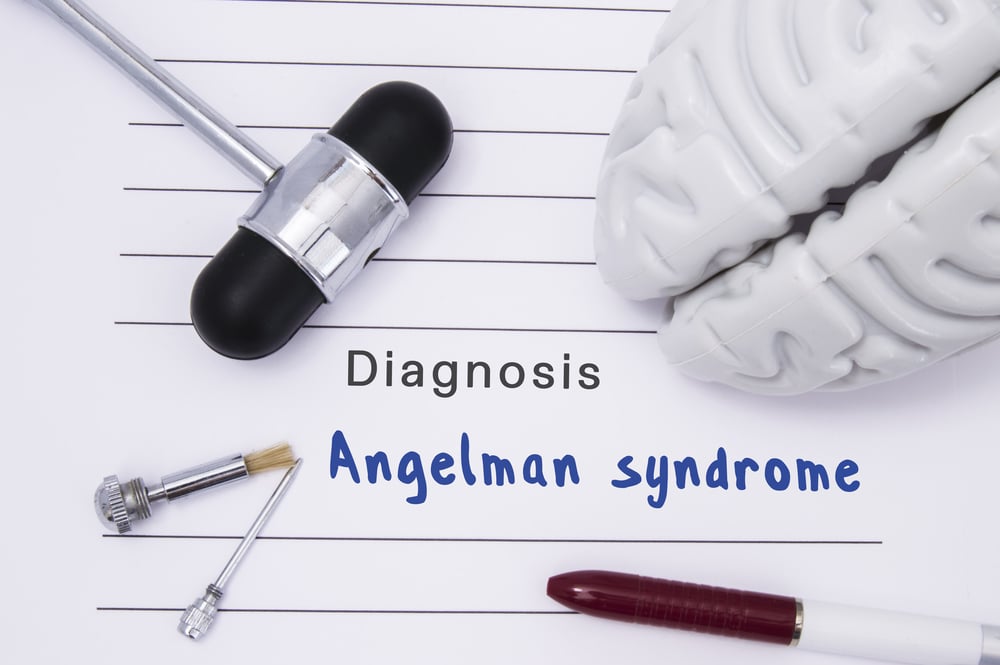 Most people have one percent of methemoglobin in the blood. Methemoglobinemia, or blue blood disorder, occurs when that level increases to 20 percent or more. The disease may be genetic or acquired. There are two genetic forms of the disease. Type 1 requires genes passed by both parents and affects only the red blood cells. The skin turns a bluish color. People with type 2 methemoglobinemia require a gene from only one parent; this is the rarest form and affects all cells. Babies born with this type usually do not live past their first year. 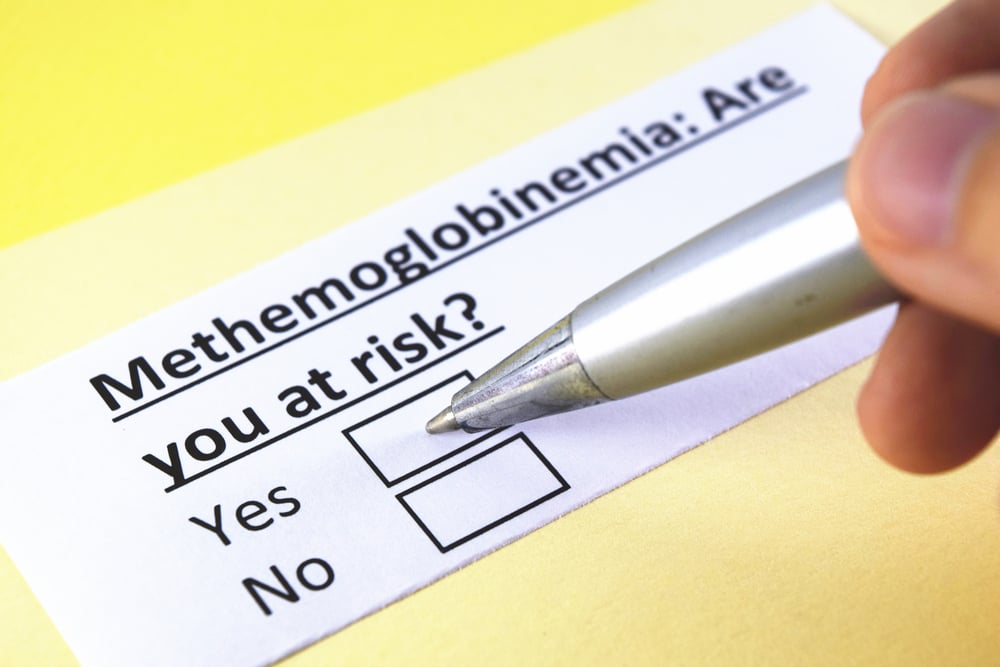 The main symptom of xeroderma pigmentosum is a heightened sensitivity to ultraviolet radiation. Damage is most prevalent on the skin, eyelids, and eye surfaces, however, the tip of the tongue may also be damaged due to sun exposure. People with XP may also have poor balance and speech difficulties. Risks include a 10,000 times greater chance of developing skin cancer, melanomas, and squamous cell carcinomas, and many die of cancer at an early age. Only one in one million children inherit XP. However, the most severe form of the disease occurs 30 times more often in Navajo children. 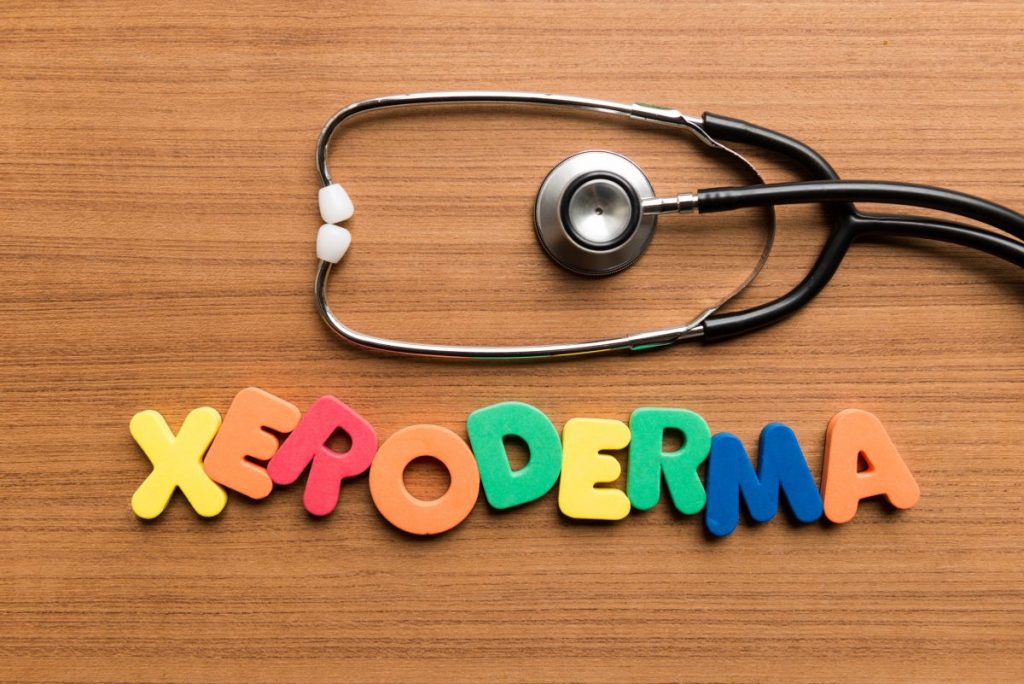 A rare multisystem genetic disorder, hypohidrotic ectodermal dysplasia occurs in males, but diminished symptoms may also occur in girls who carry a single copy of the gene. Individuals with HED have no sweat glands or only a small number of them, which prevents sweating. They may also have abnormally sparse hair, thin skin, and missing teeth. Wheezing, breathlessness, recurring respiratory infections, and itchy skin rashes may occur frequently. Although there is no specific treatment, the prognosis is generally positive. 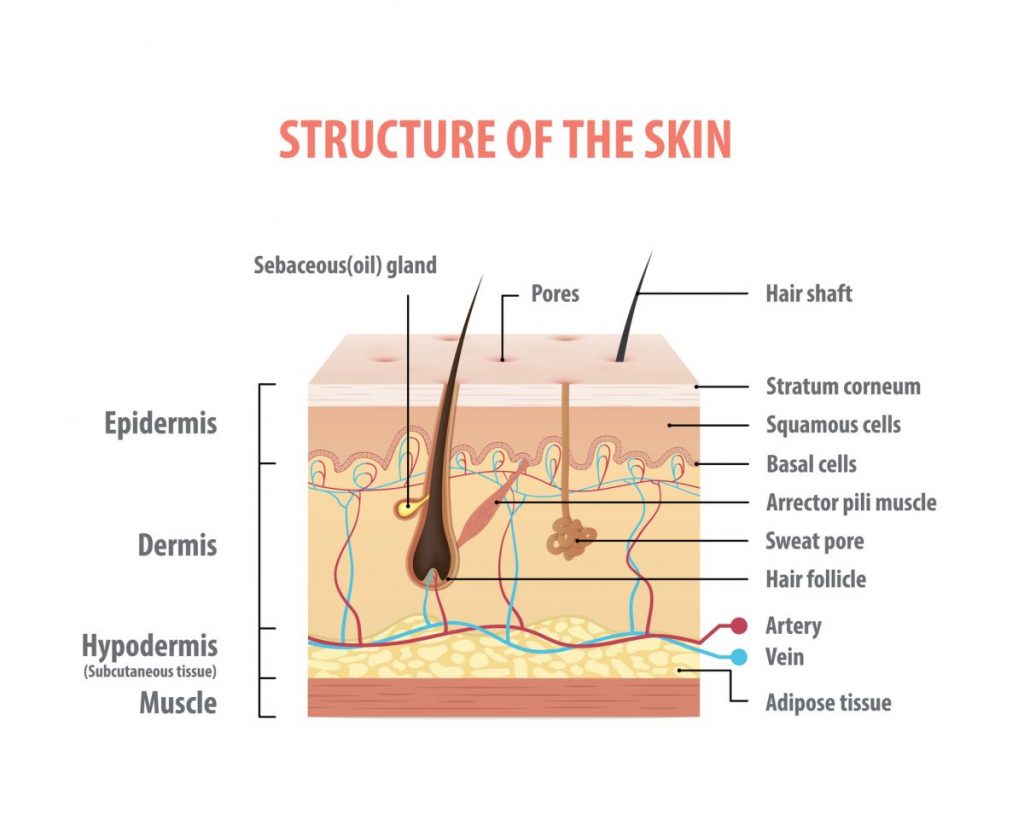 Babies born with lamellar ichthyosis have a shiny, waxy layer of skin at birth which disappears within the first two weeks. Once shed, it reveals a layer of red, scaly skin beneath. People with this condition have a high risk of skin infection, chronic skin blisters, and dehydration. Signs of lamellar ichthyosis include thick skin on the palms of the hands and bottoms of the feet, respiratory problems, nail abnormalities, and ectropion, an outward-turning eyelid. This rare condition only occurs in one out of 200,000 to 600,000 individuals and can affect both males and females. Prognosis depends on the severity of the symptoms but is generally poor. 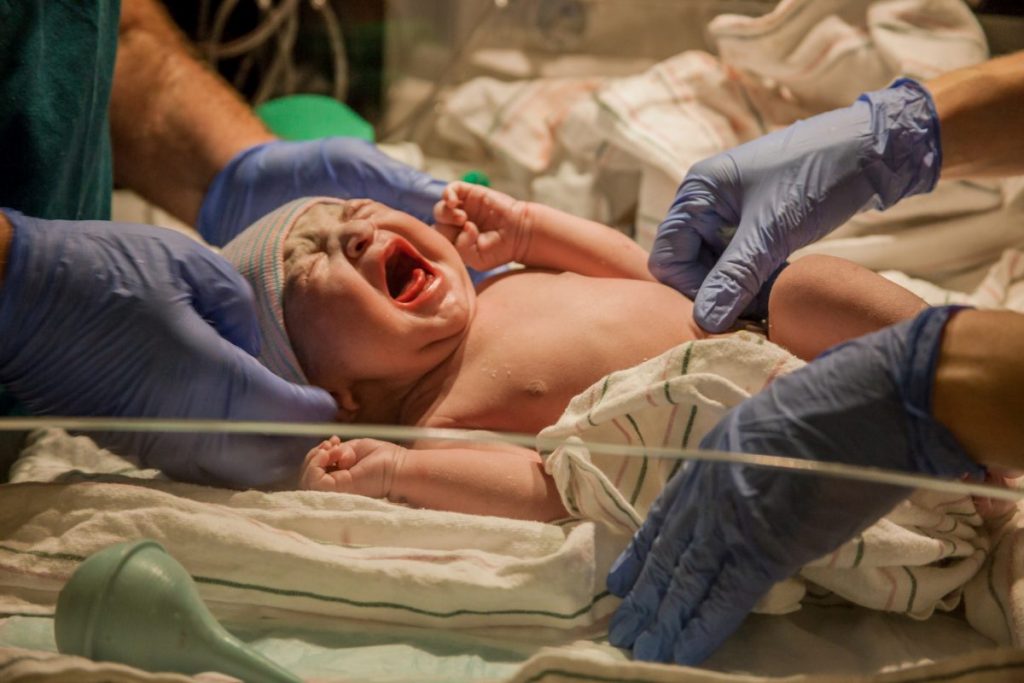 Children born with a partial or complete fusion of the legs have an extremely rare disorder called sirenomelia or mermaid syndrome. Researchers have not discovered reasons for the condition, but they believe both genetic and environmental factors play a role. In some cases, the spine and pelvis are malformed; the individuals may have no feet, and often have no tailbone. A variety of serious complications often prove fatal in the first years of life. However, a small number of children survive through childhood and live into young adulthood. 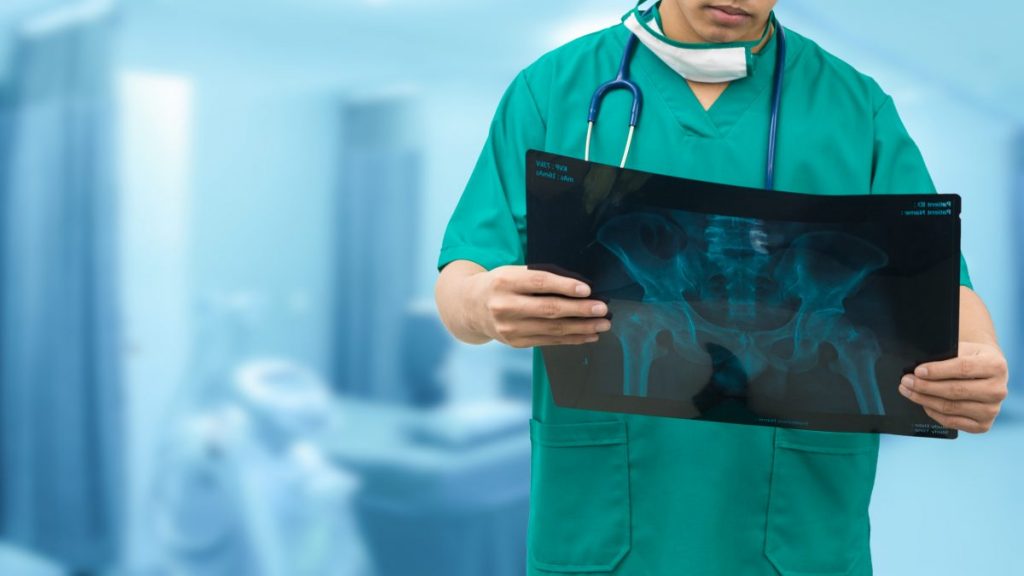