Causes, Treatments, and Complications of Bleeding From the Ear

Because of their proximity to the brain, bleeding from the ears can be concerning. Ear bleeding can be a sign of a serious or life-threatening issue, but it may also result from a minor injury. Understanding the causes of ear bleeding can help a person recognize if they need to visit a medical professional.

Many cases of ear bleeding result from a minor cut or injury. Fingernails or small tools like cotton swabs are usually responsible — many people clean their ears improperly. These injuries are minor and do not require treatment. However, cleaning the wound is key to avoiding future issues like infection. 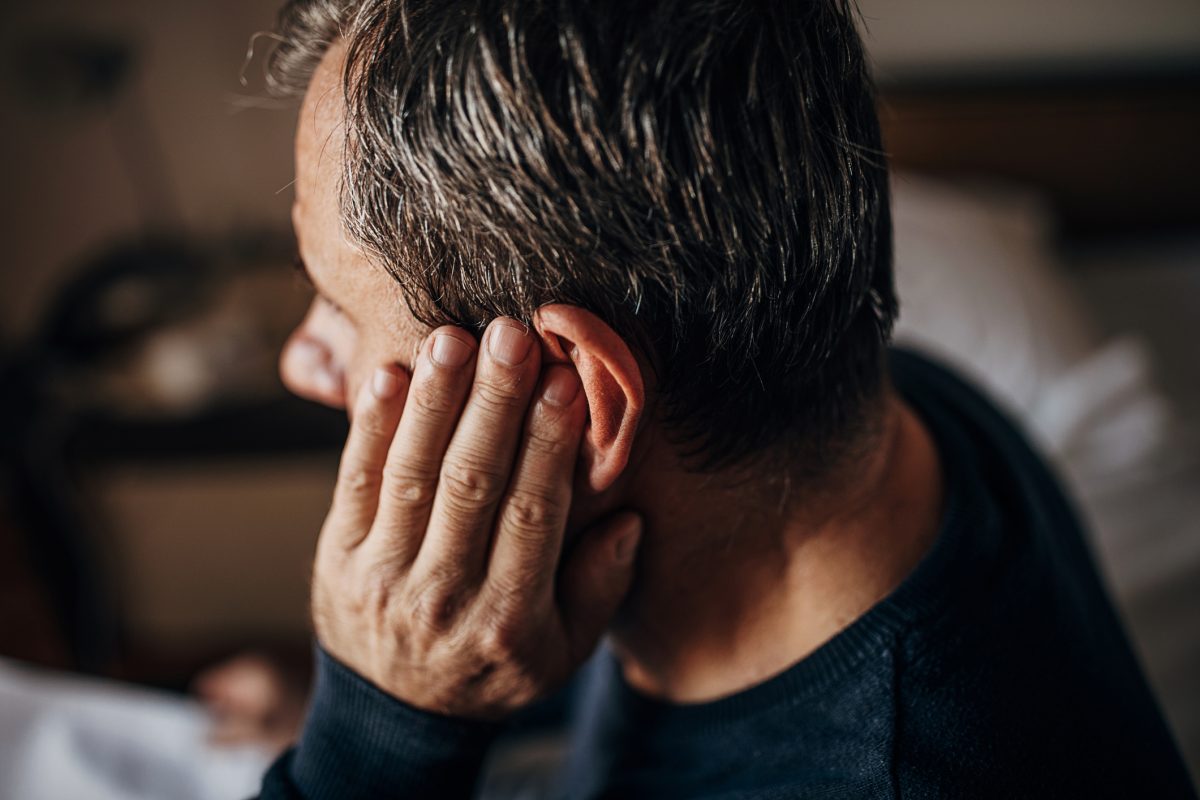 One of the more serious causes of bleeding from an ear is a ruptured eardrum. The eardrum is a thin membrane that helps protect the middle ear from bacteria. A wide range of issues can rupture this membrane, but the most common are loud sounds, infections, and physical trauma. Ruptured eardrums can lead to infections and hearing loss. 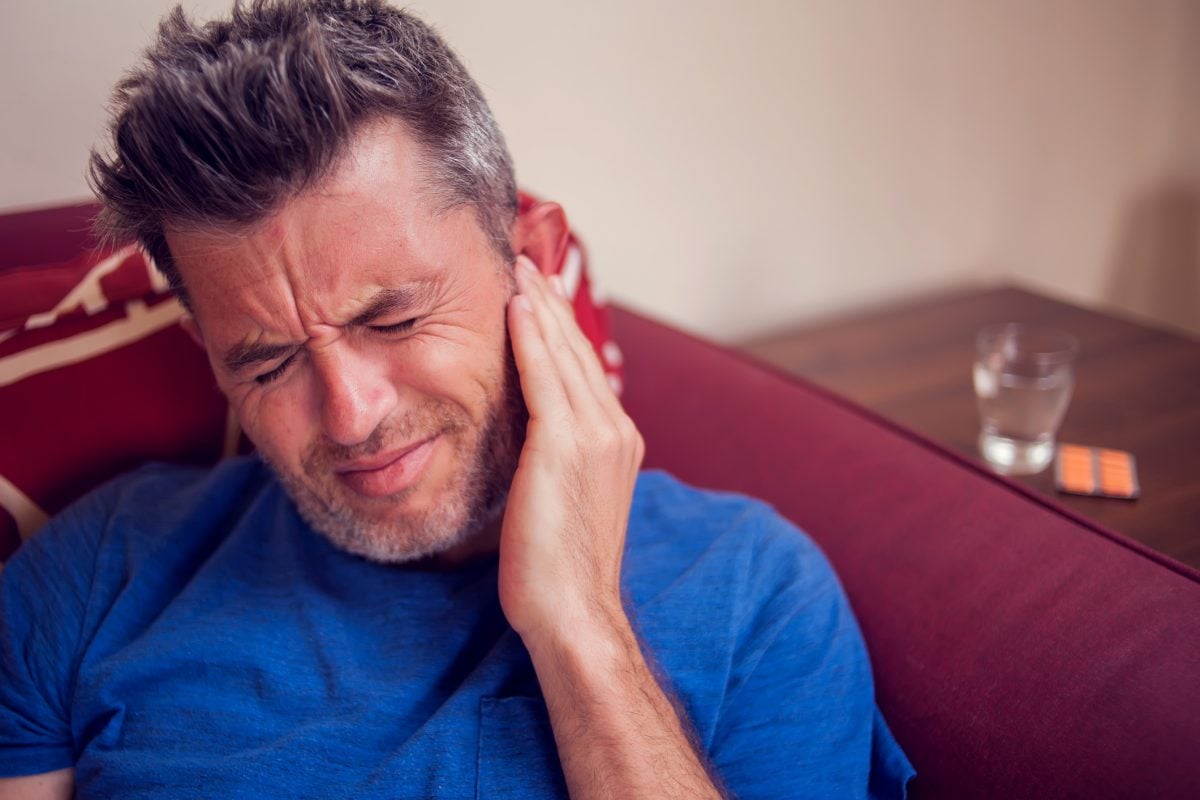 Severe middle ear infections have a wide range of possible symptoms, with ear bleeding being one of the most common. A person with an ear infection may also feel dizzy, have hearing loss, or notice a clear fluid leaking from their ear. Fluid and pus may accumulate due to the infection, eventually rupturing the eardrum. 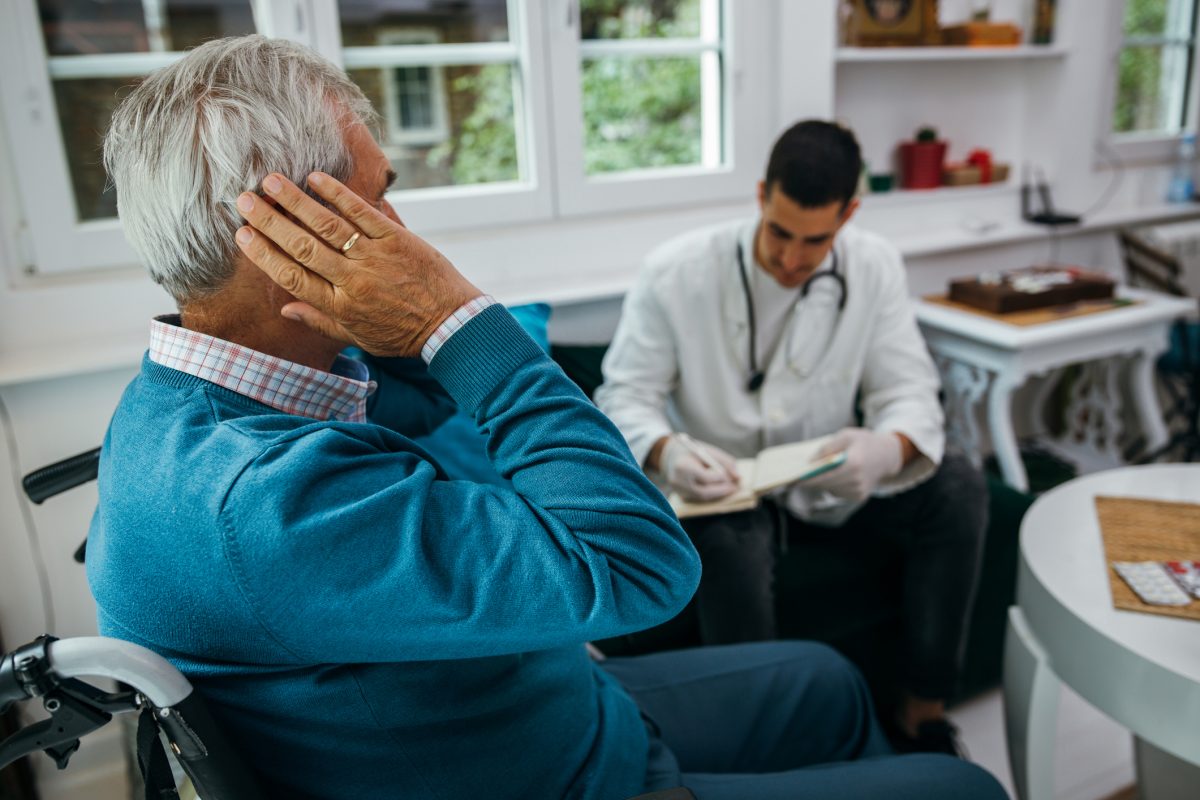 Damage to the head or ears can cause internal bleeding or ear trauma. In some cases, injuries like this can lead to cerebrospinal fluid leaking from the ears. Though this fluid is typically clear, it may mix with blood and take on a pink or red color. Blood or fluid leaking from the ear following an accident or head injury is often a sign of a life-threatening issue. 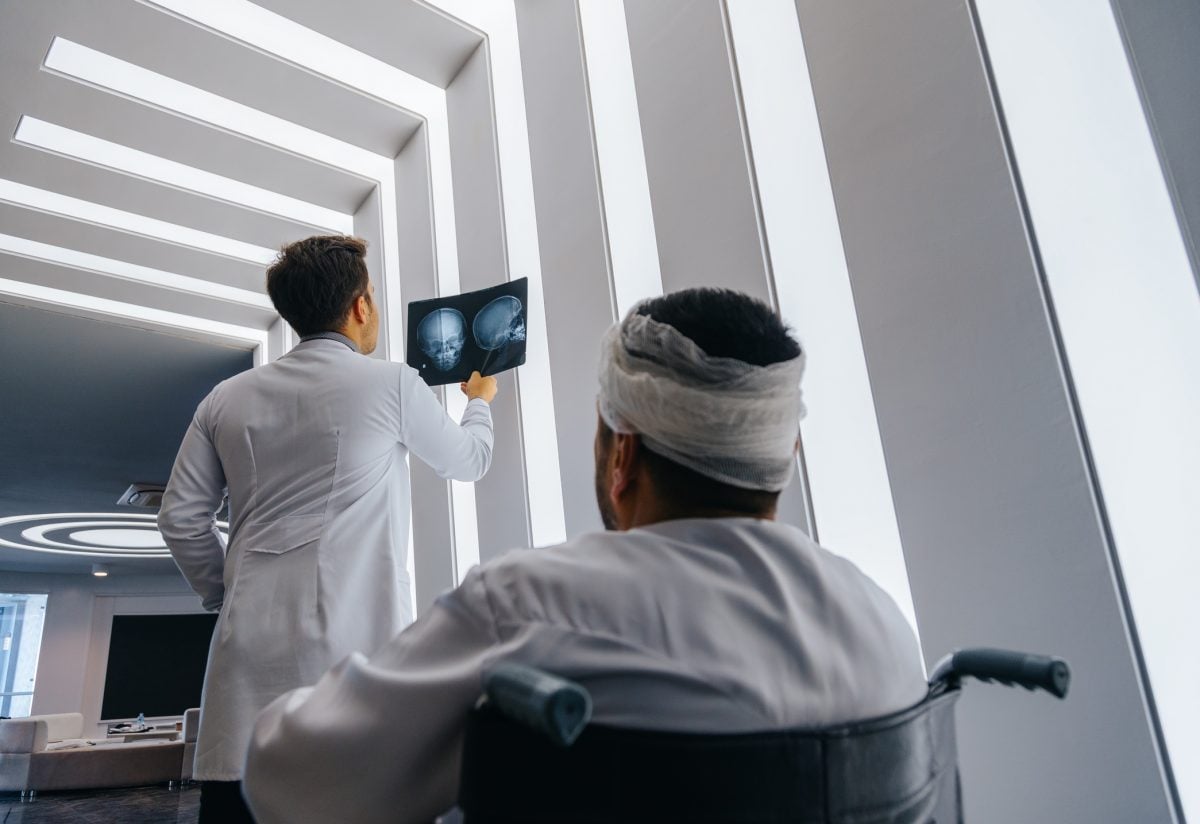 Occasionally, a foreign object may become lodged in a person’s ear. Children often attempt to place small objects into their ears. This issue may also occur in adults who use improper tools to clean. Discomfort, pain, and bleeding are the most common symptoms of an object in an ear. 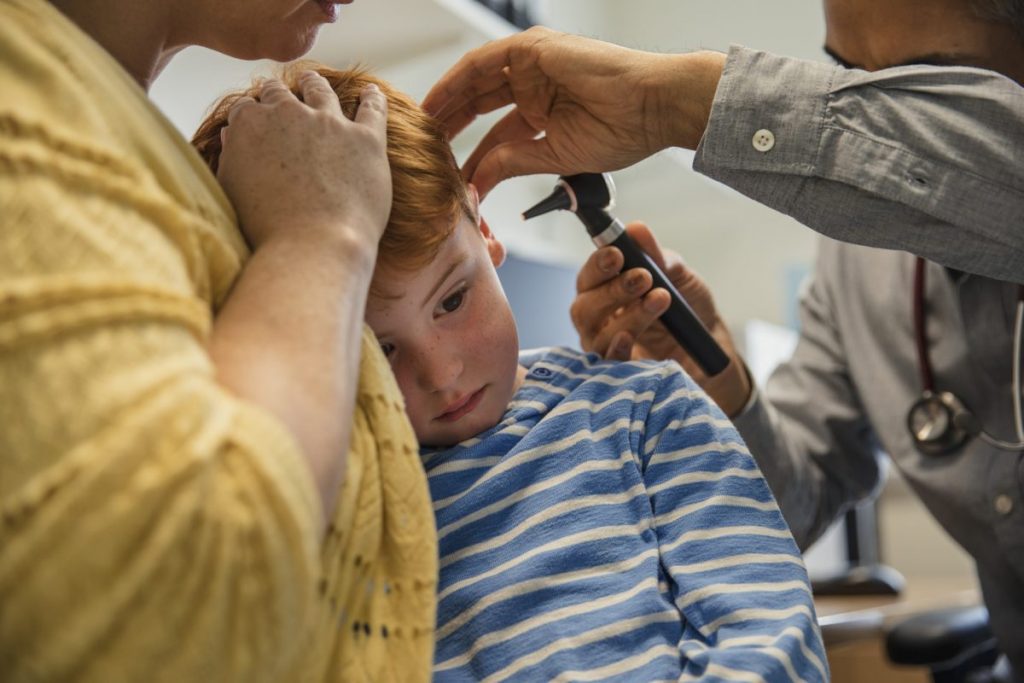 Ear and temporal bone cancers sometimes cause bleeding and fluid leakage. Tumors often begin as scaly sections or white bumps on or within the ear. Eventually, they begin to ooze, drain, or bleed. As cancer worsens, other symptoms begin to occur, such as dizziness, facial paralysis, or hearing loss. 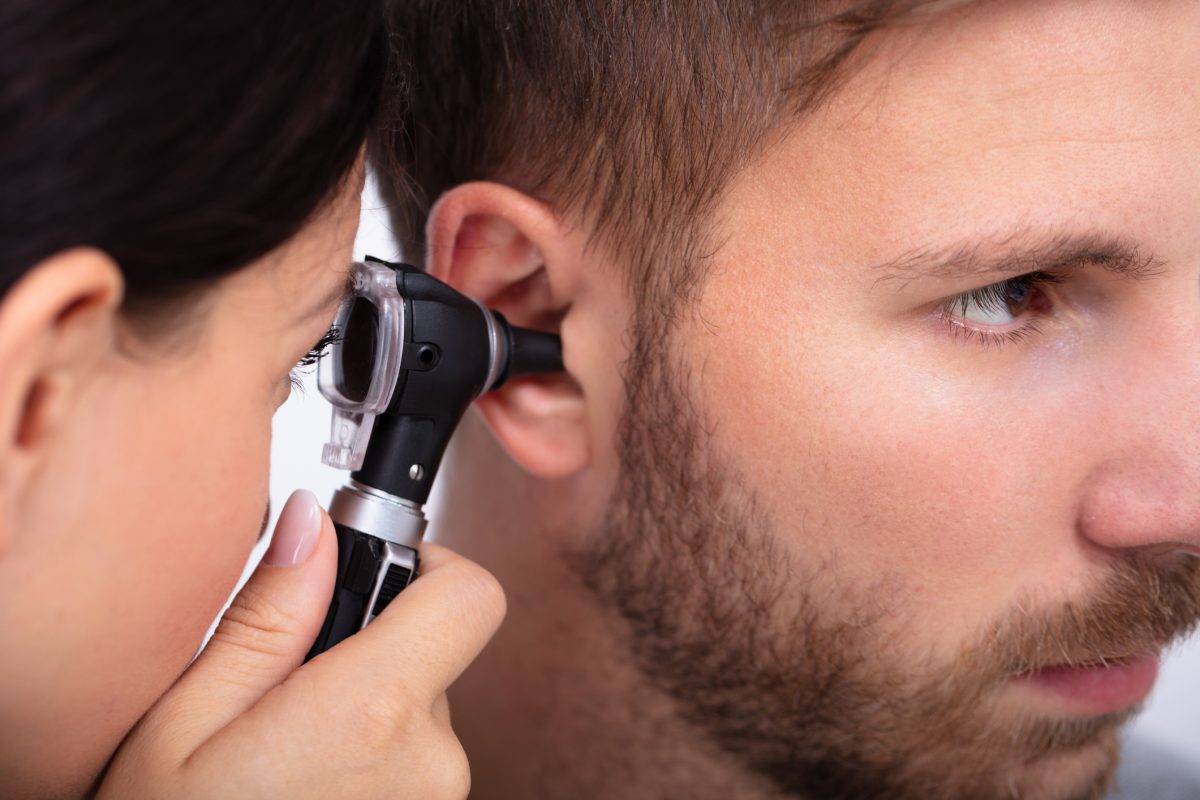 The treatments for ear bleeding are dependent on the underlying cause. Minor injuries and cuts rarely need treatment. Infections require oral antibiotics or antibiotic ear drops. Ruptured eardrums do not necessarily need treatment, though some people undergo surgery to repair the issue. Doctors can often easily remove objects that have become lodged in an ear. Treatments for issues like head trauma or cancer are more serious and involved. 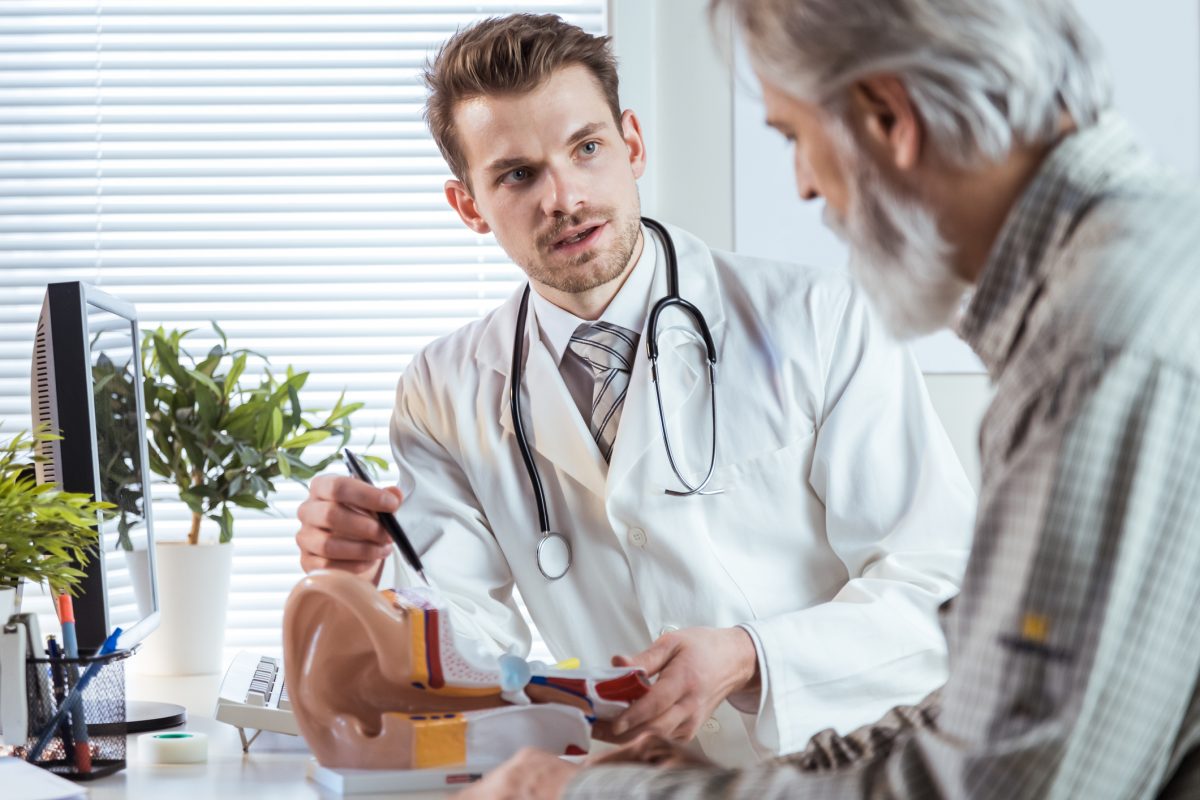 The easiest way to prevent bleeding from the ear is to avoid sticking anything into the ear. A good rule of thumb is to never use anything smaller than a washcloth wrapped around a finger to clean the ears. If earwax accumulates and is inhibiting hearing or causing discomfort, visit a medical professional for safe removal. 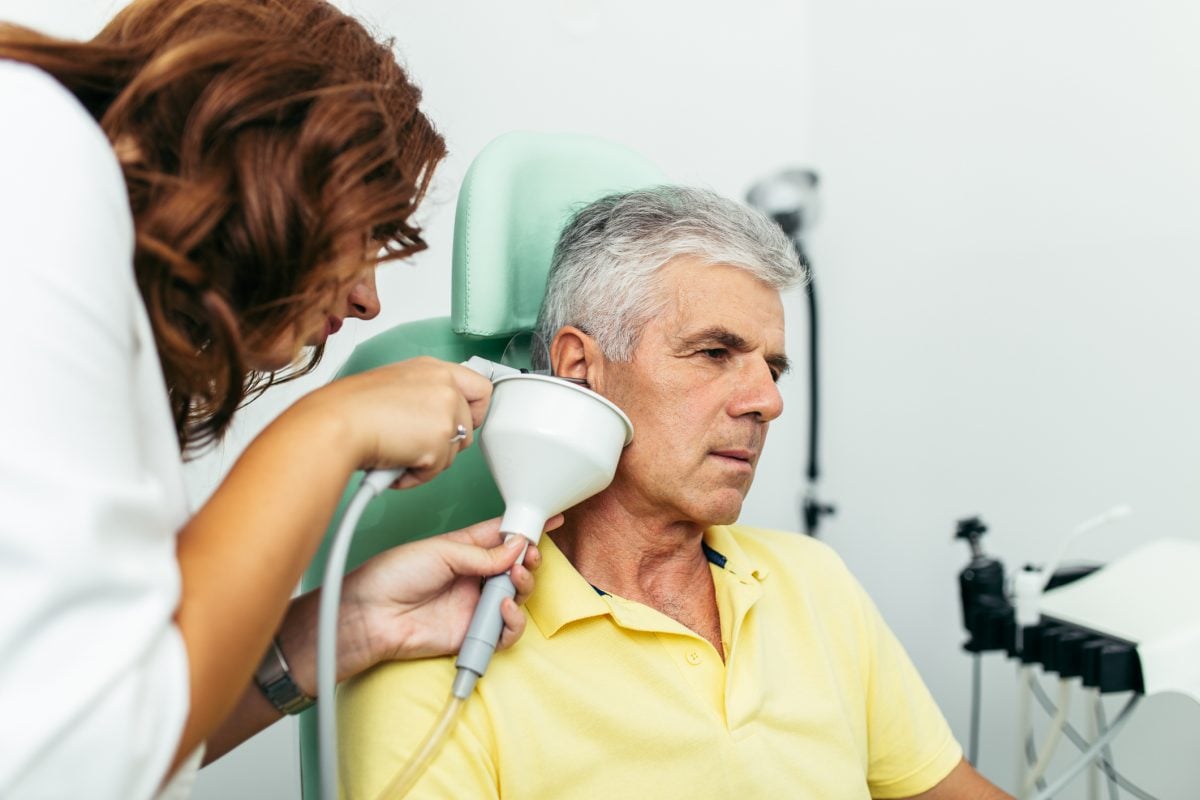 Ear bleeding following a head injury or any type of significant trauma requires immediate medical attention. This is also true if the person also experiences symptoms such as dizziness, confusion, hearing loss, or bleeding from the nose. A person who notices odd growths or bumps in their ears should visit a doctor to check for cancer or other underlying conditions. 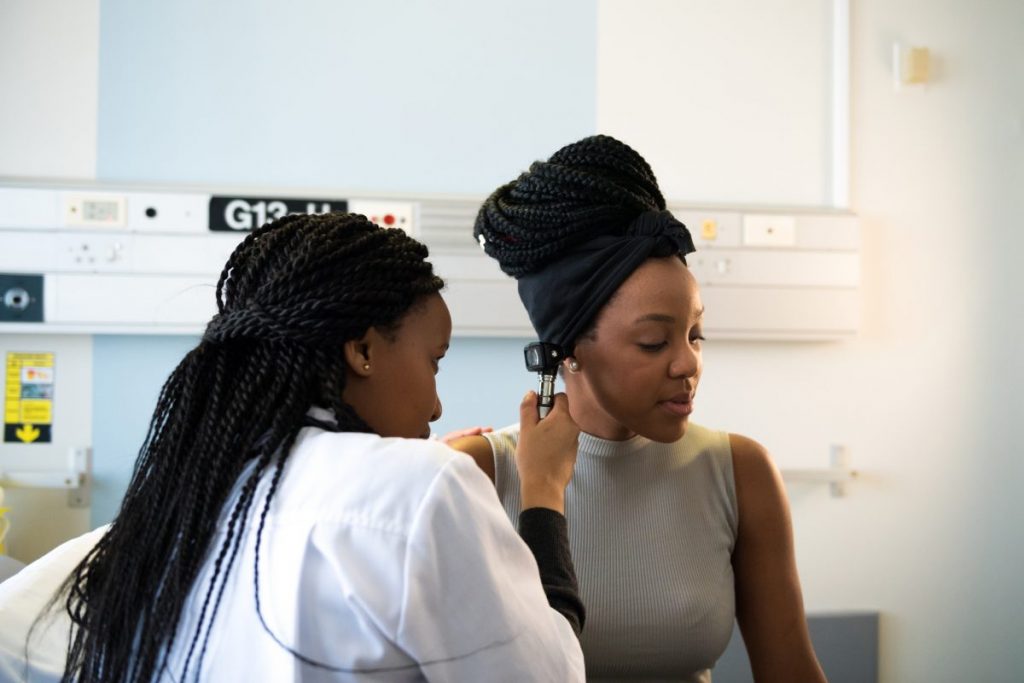 Without treatment, some of the conditions that cause ear bleeding can have serious complications. Permanent hearing loss is among the more common, but some dangers are life-threatening. Some people experience vision issues, headaches, or tinnitus as serious issues progress. Cognitive difficulties and a loss of language comprehension may also occur. 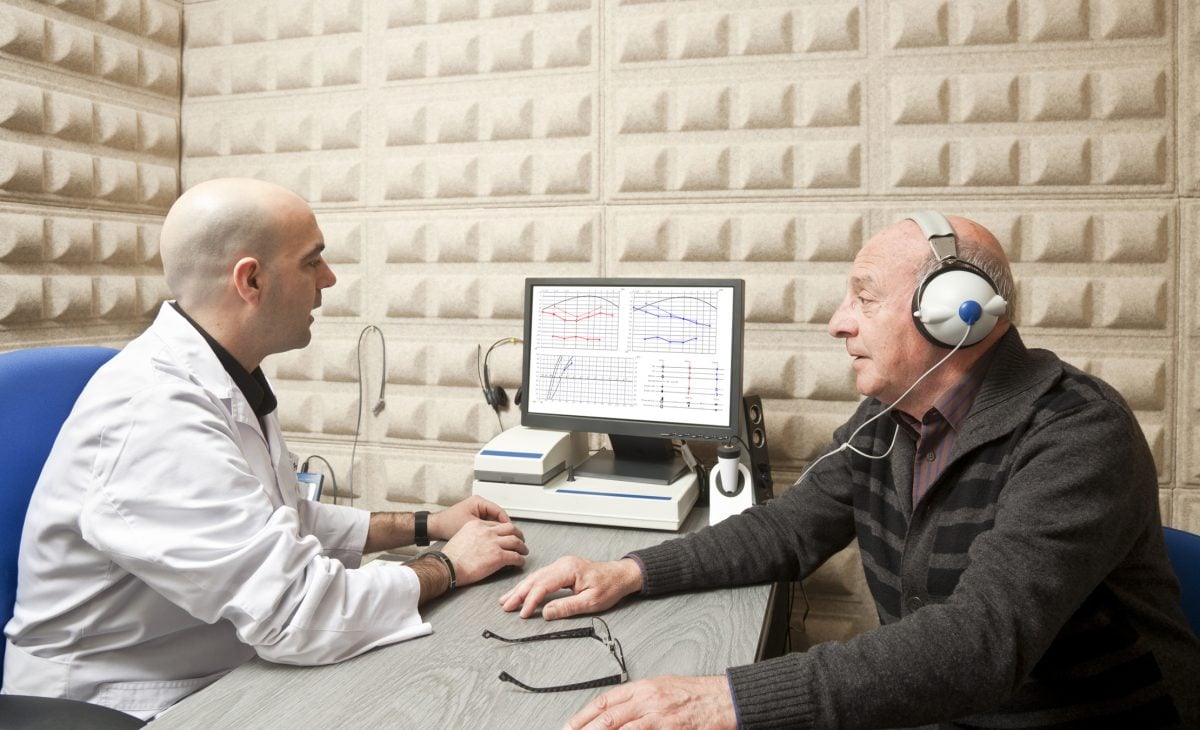