10 Causes of Down Syndrome

According to the CDC, around 6,000 children with Down syndrome are born each year in the USA. Down syndrome is a condition caused by a chromosomal abnormality that alters physical and mental development. People with this condition may have mild to severe cognitive delays. They also typically share physical traits like upward-slanting eyes, small stature and an inability to gain muscle tone, although there are different degrees of severity to these characters. To understand this condition, it's important to know all of the potential causes of Down syndrome and risk factors behind it.

There are three types of Down syndrome, each with separate causes, and trisomy 21 is the most common of these. In trisomy 21, a random error in cell division occurs. This error is called "nondisjunction." Typically, each pair of chromosomes from the father and mother separate at conception, to provide one-half of the embryo's pairs of chromosomes. In trisomy 21, one of the pairs of 21st chromosomes does not separate. As a result, the embryo has three 21st chromosomes instead of two, which is replicated throughout development. This is the most common cause of Down syndrome. 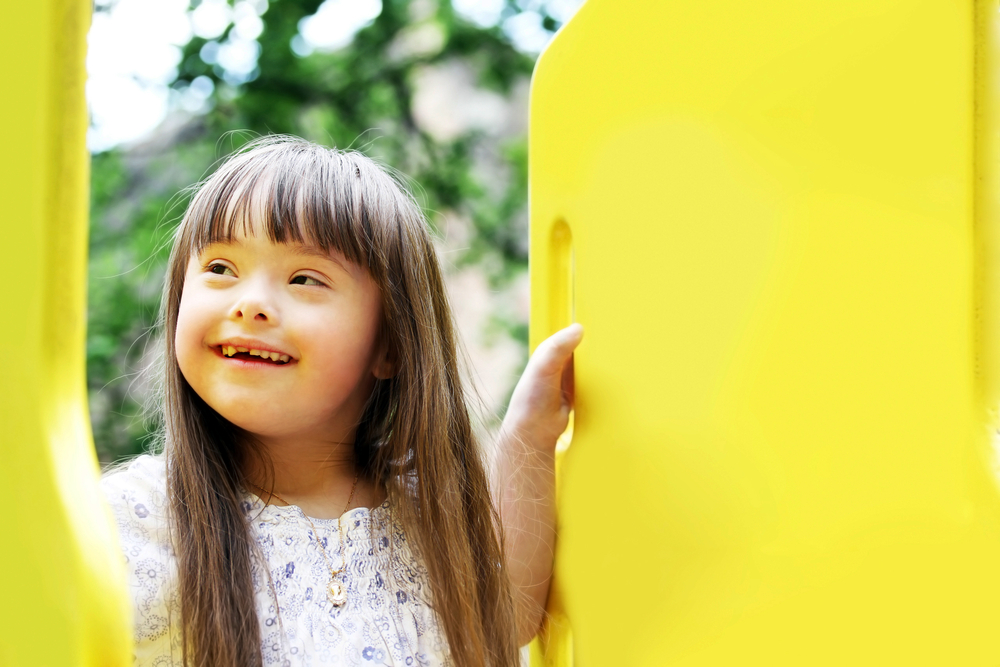 Heredity is not a factor in most instances of Down syndrome, but a small percentage of cases are linked to parents who are carriers of a specific type of chromosome. This chromosome is called a translocated chromosome and causes one of the less common types of Down syndrome. Although this is rare, genetic counseling can still help to determine if this occurrence may apply to you. Research has not yet determined exactly why these cell division errors happen, so you should talk to your doctor if you are worried that this condition may run in your family. 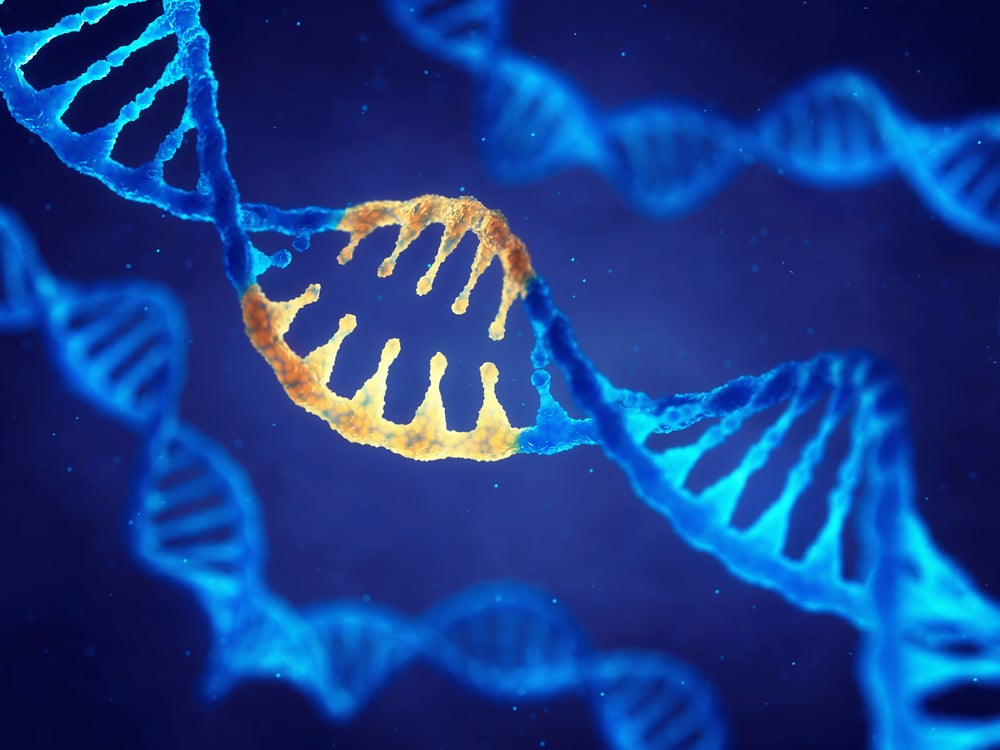 Age at Time of Pregnancy

One of the only proven causes of an increased risk for Down syndrome is maternal age. Some researchers believe that this is because a woman has a finite supply of eggs. As a woman ages, so do the eggs, and they may deteriorate over time. Scientists predict that the rate of Down syndrome is likely to increase in the next several years, as more and more women wait until later in life to have children. Although some instances of Down syndrome are caused by the father, the age of the father is not a factor in the likelihood of the condition. 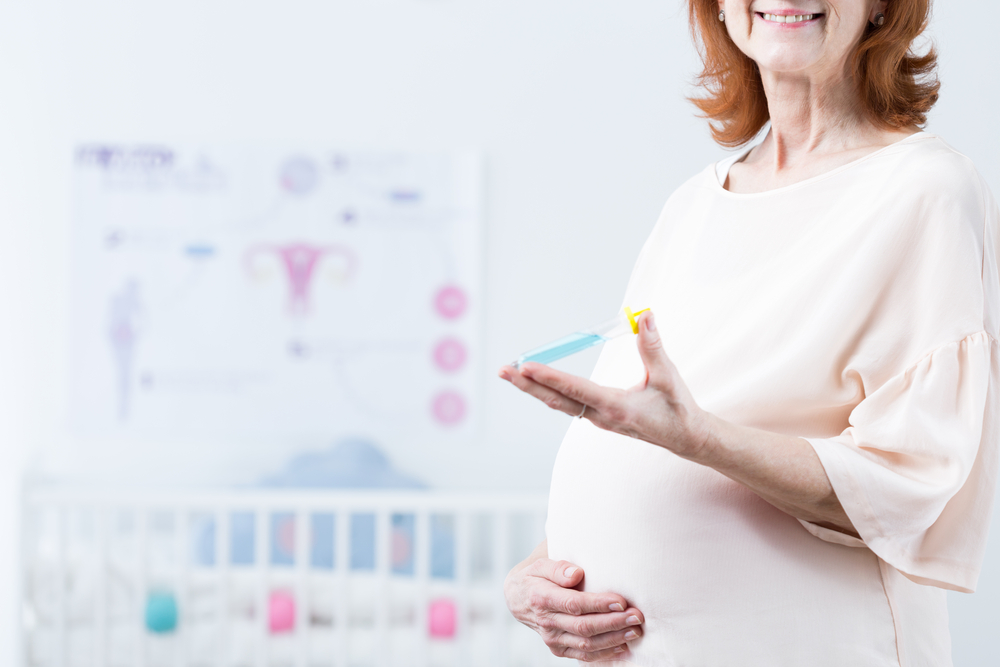 Other Children with Down Syndrome

For parents who have one child with Down syndrome, the chances of having another child with the condition increase dramatically. This increase in likelihood is even greater if the cause of Down syndrome in your first child was trisomy 21. However, the risk goes down for cases in which the cell division error happened on the paternal side. If the error occurred due to improper cell division in the egg, it is more likely to be repeated in future pregnancies. An OB/GYN or genetic counseling specialist will be able to help you decide if the probability of having another child with Down syndrome is more likely in your specific case. 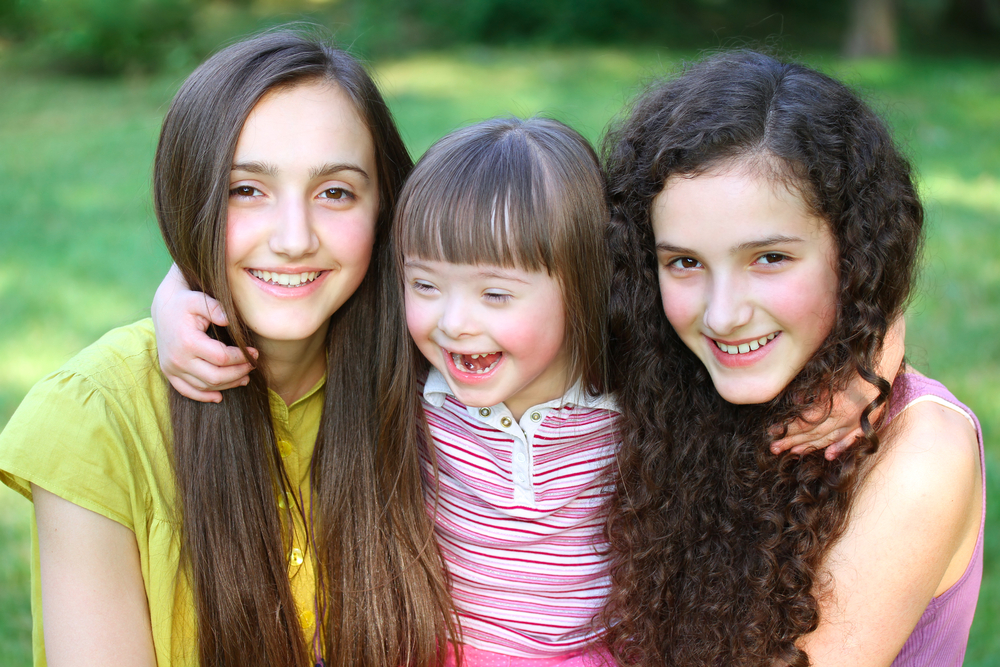 Another cause of Down syndrome is mosaicism. This is the rarest type of Down syndrome and affects only a small fraction of pregnancies. It also typically results in less severe symptoms, such as fewer physical characteristics of the condition. In mosaicism, only some of the embryo's cells contain an extra 21st chromosome. The other cells contain the traditional 46 chromosomes. Mosaic trisomy 21 is never inherited but is thought to be a random genetic error. Mosaicism also does not typically run in families, so if one of your children has mosaic Down syndrome, future pregnancies are unlikely to be affected. 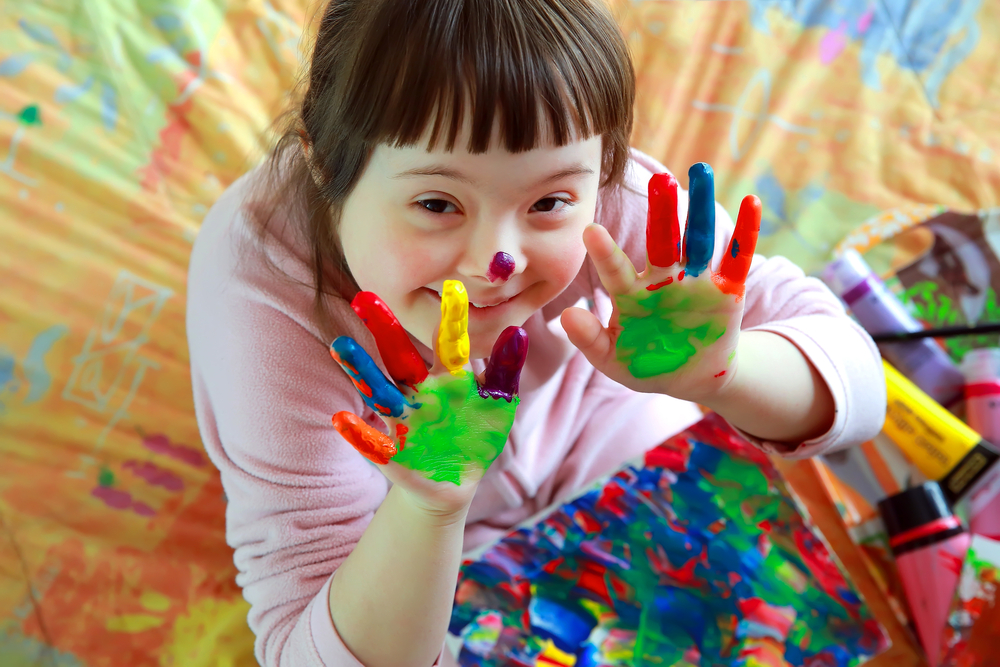 While risk tests are not a cause of Down syndrome, you can determine if your pregnancy is at a higher risk of participating in genetic counseling and taking a risk test. There are several tests available, ranging from blood tests and sonograms to chorionic villus sampling and amniocentesis. Typically, women are given one of the less invasive tests first. These blood tests give a considerable amount of false positives, so women who test positive are then encouraged to follow-up with a more accurate diagnostic exam, such as CVS. Some parents choose to complete these tests, while others prefer to wait until after birth to find out. 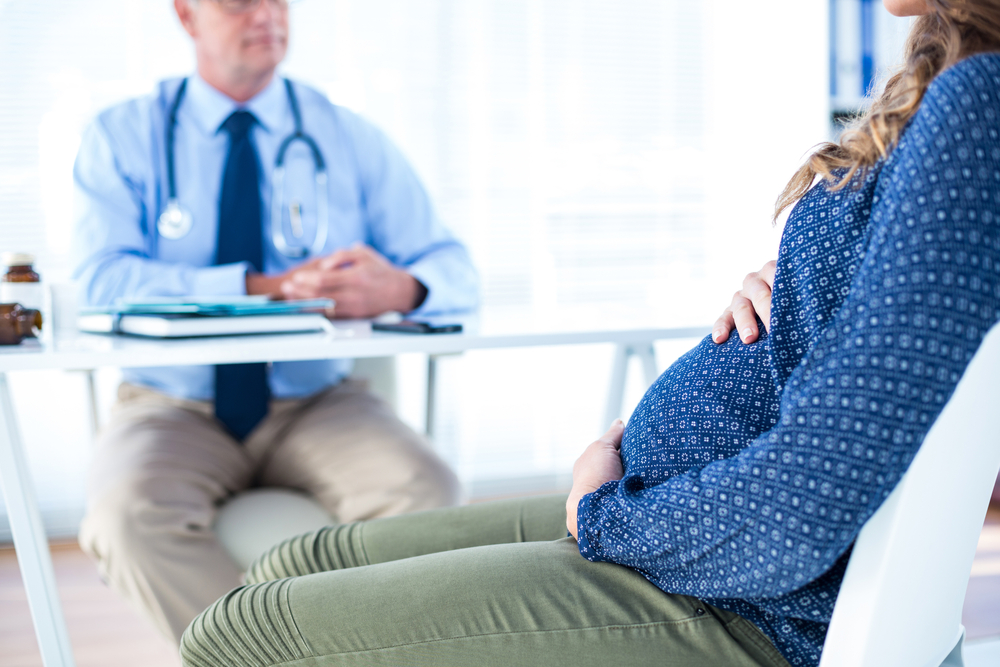 A Parent with Down Syndrome

Patients who have Down syndrome are still typically capable of having emotionally attached relationships. This can help them to develop social and cognitive skills. People with Down syndrome are also usually capable of having romantic and sexual relationships, and most have normally functioning reproductive systems. One risk, however, is that women with Down syndrome who get pregnant are at a much higher risk to give birth to children who also have the condition. Down syndrome is passed from mother to child directly more than 30 percent of the time, and some research even suggests that it may be passed on nearly 50 percent of the time. Men, however, are likely to be infertile, so the risk of them passing it on is very low. 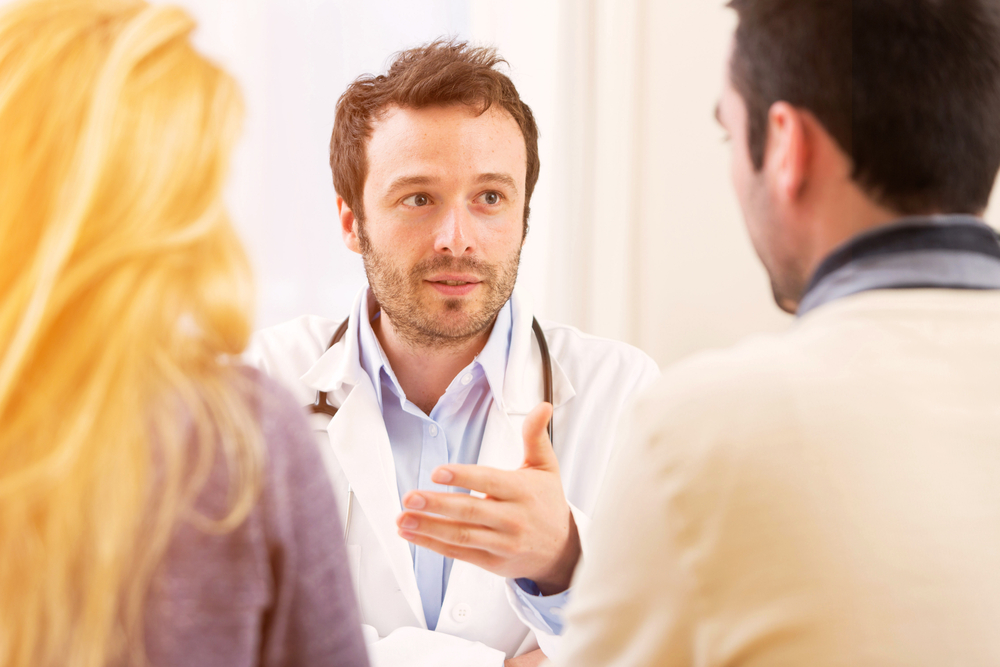 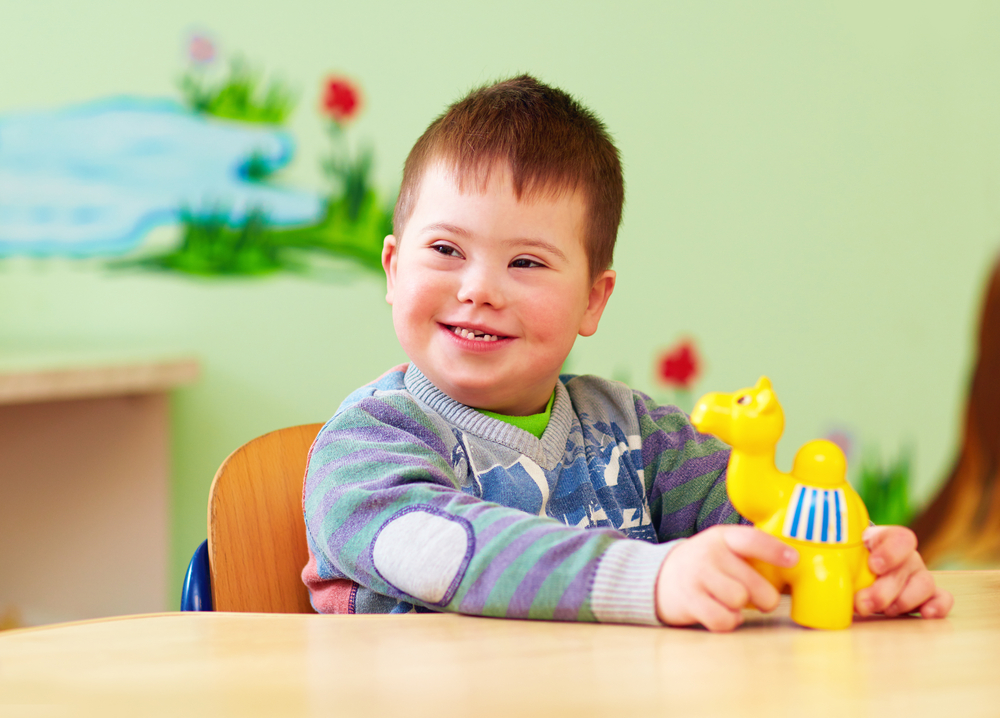 No Environmental or Behavioral Causes

Research has shown that there are no environmental or behavioral causes that routinely lead to Down syndrome. Many parents are surprised by a Down syndrome diagnosis for their child, which can sometimes cause feelings of guilt or confusion about whether the condition could have been prevented. However, external factors like drinking alcohol, smoking, being exposed to toxins or consuming an unhealthy diet do not appear to be responsible for Down syndrome. This condition usually occurs at conception. That means the decisions made during pregnancy don't play a role in its occurrence. However, external factors do affect other areas of development during pregnancy, so parents should still be cautious. 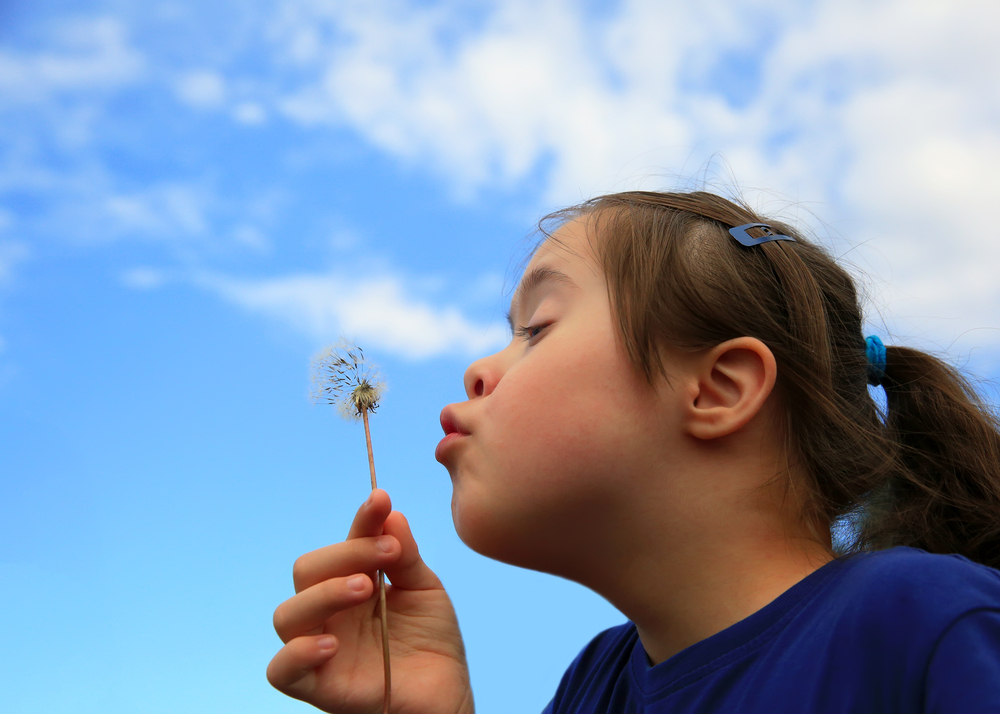 So far, researchers have not been able to determine exactly what causes Down syndrome. That leaves chance as the probable culprit. Down syndrome affects children born to parents of all ages, races and socioeconomic classes. There is no way to completely rule out the possibility that you will have a child with Down syndrome, although there are certain factors, such as maternal age, that increase the likelihood. However, there are plenty of older women who give birth to perfectly healthy children as well. Genetic counseling and testing before or during your pregnancy can help you to learn more about your chances. 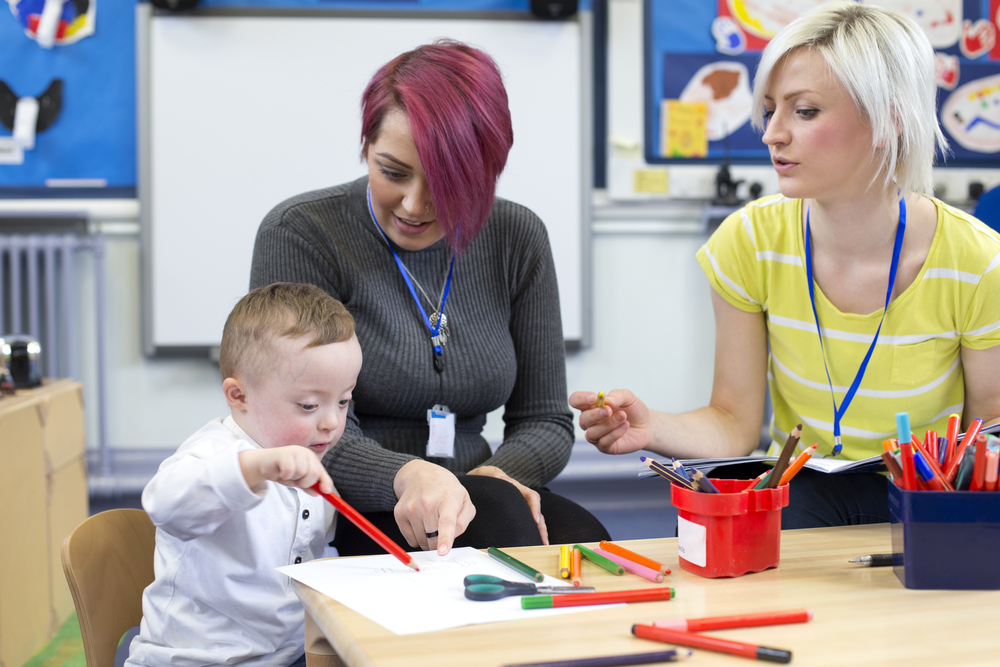