10 Symptoms of Cataracts: Know the Signs

Cataracts occur when the lens of the eye becomes clouded, affecting the clarity of vision. Almost 50% of the cases of blindness worldwide are due to cataracts. Early detection means doctors can take adequate measures to prevent or slow the progression of the condition.

The cloudy film that develops over the lens as cataracts progress causes a gradual blurring of one's vision. In the early stages, the impediment to eyesight is too slight to be noticeable, but over time vision becomes increasingly unclear. Some describe this symptom as looking through fogged glass. Eyeglasses cannot correct blurred eyesight from cataracts. 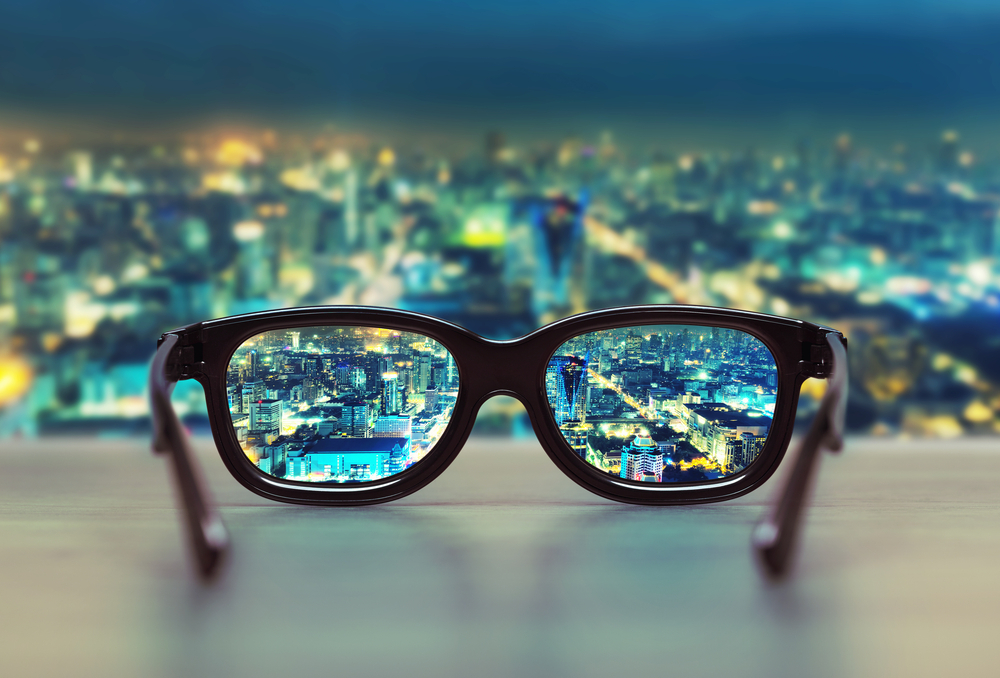 People with cataracts often have difficulty seeing in low light; streetlamps and car lights can appear to have halos and glare can increase light sensitivity. This combined with an inability to see distances clearly can impact an individual's ability to drive and carry out other day-to-day activities. 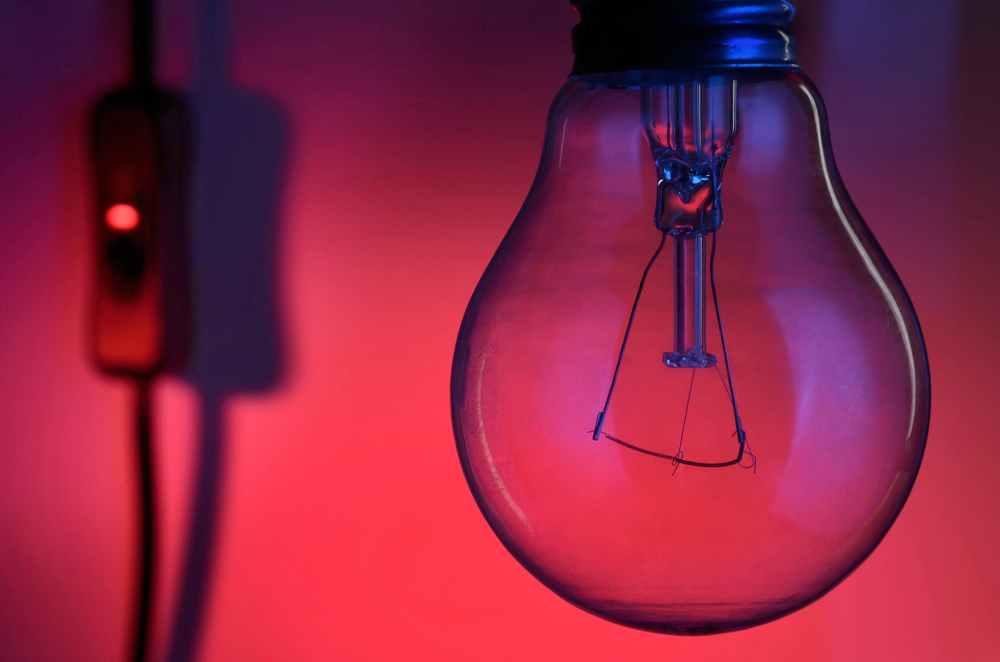 During the early stages of cataract development, the eyes become increasingly sensitive to light, particularly those that are harsh and bright. Glare can interrupt one's ability not only to drive but also watch movies in theatres and other activities. 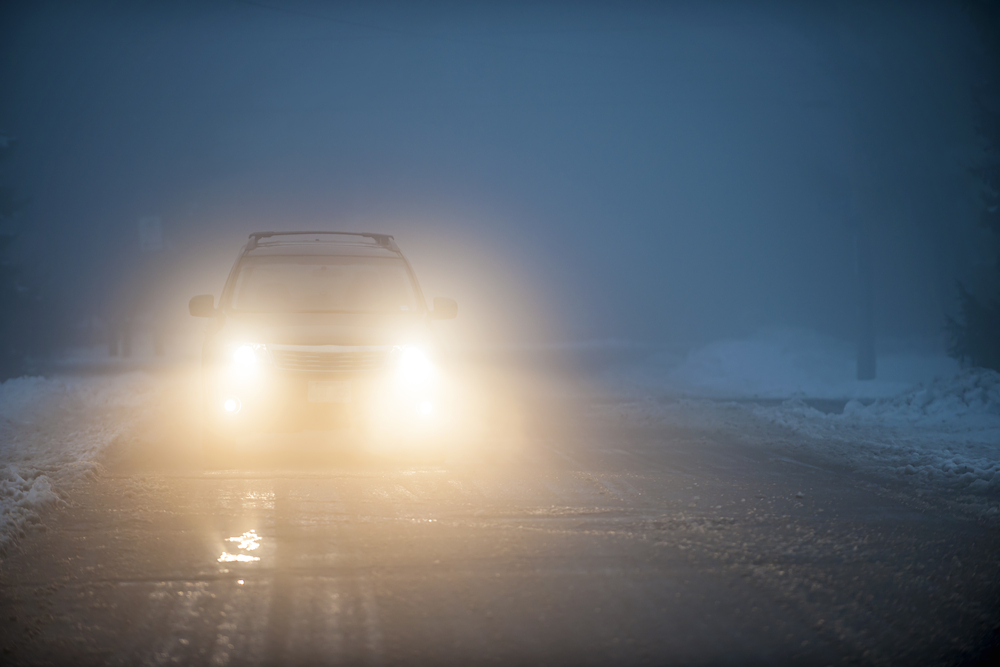 The presence of the cloudy film on the lens sometimes causes diffraction of light that enters the eye. This action causes glowing halos, often in different colors, to appear when viewing sources of light. People with cataracts might begin dimming bright lights, including computer screens, and avoiding spaces with intense lights, though this is not always under their control. 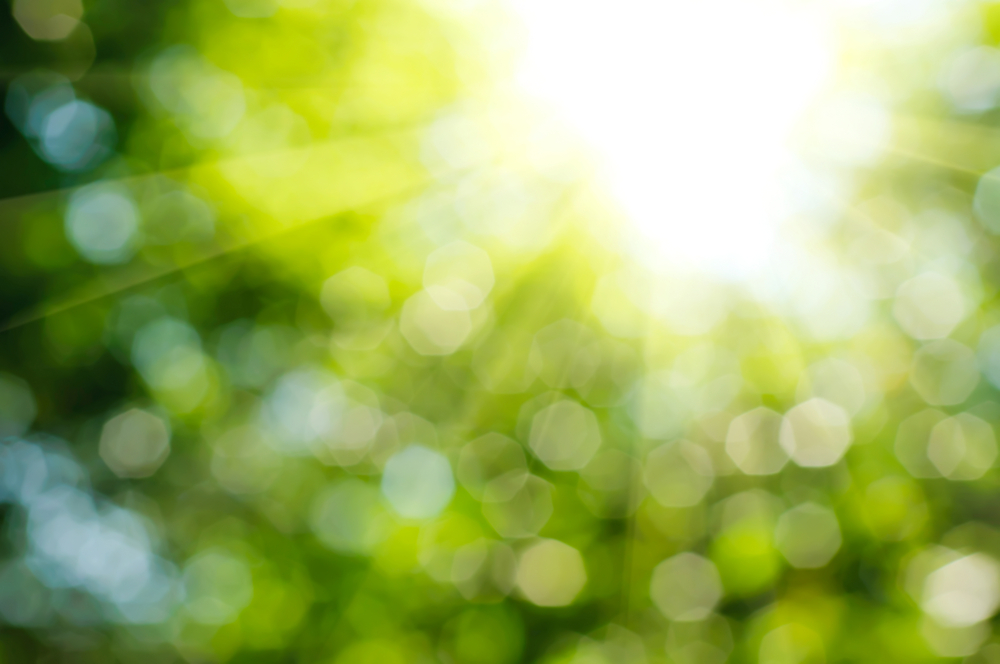 In more advanced stages of the condition, clumps of protein that form the cloudy film on the lens may turn yellow or brown. The light entering the eye is thus perceived differently, with a slightly altered hue. In rare cases, people lose the ability to differentiate between colors. Corrective surgery can correct this and a number of other cataract symptoms. 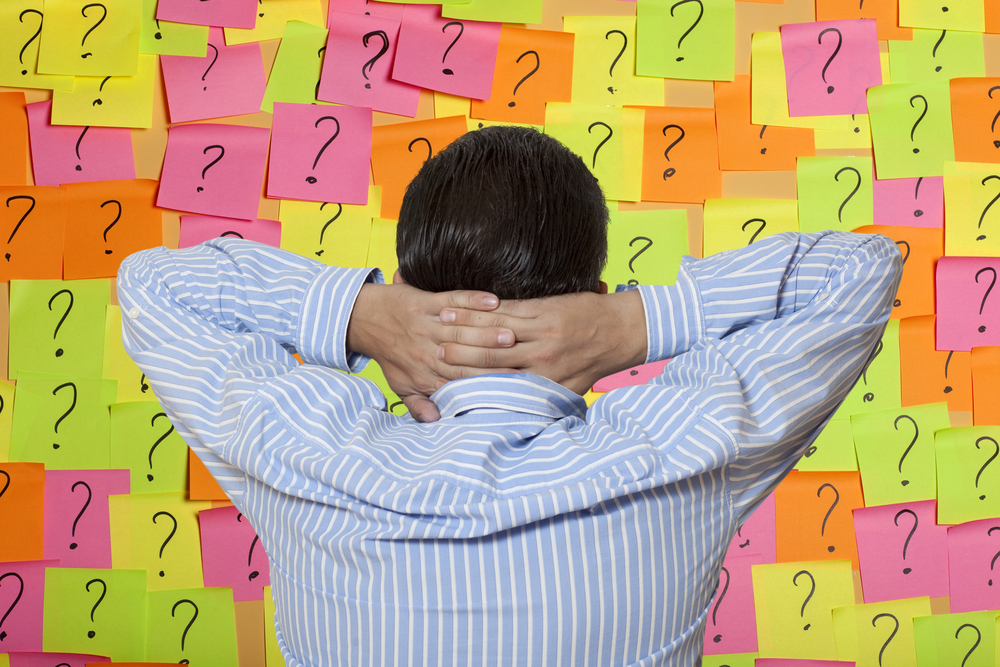 Double Vision in One Eye

A common symptom is double vision in one eye, or diplopia, again caused by diffraction, which scatters light and creates a duplicate of the object at which one is looking. A particular type of cataracts causes this symptom. Though many conditions can lead to double vision, only a few affect just one eye. 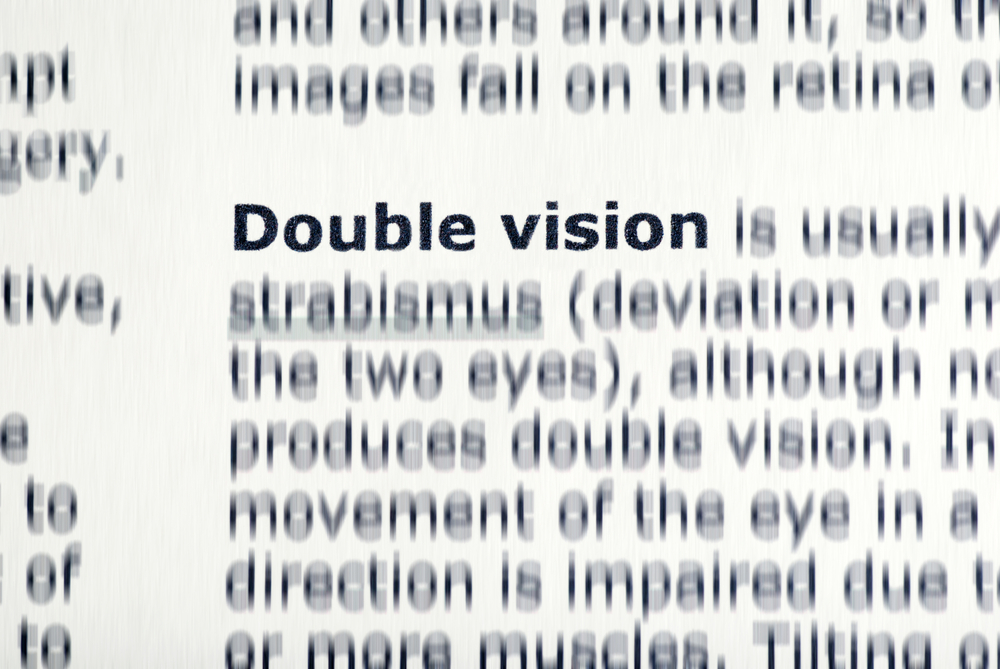 Nuclear cataract is a type that tends to reduce distance vision but makes it easier to see objects close at hand. If this symptom occurs in a person who does not yet know they have cataracts, they may mistakenly think their vision is improving, but the improvement will not last. 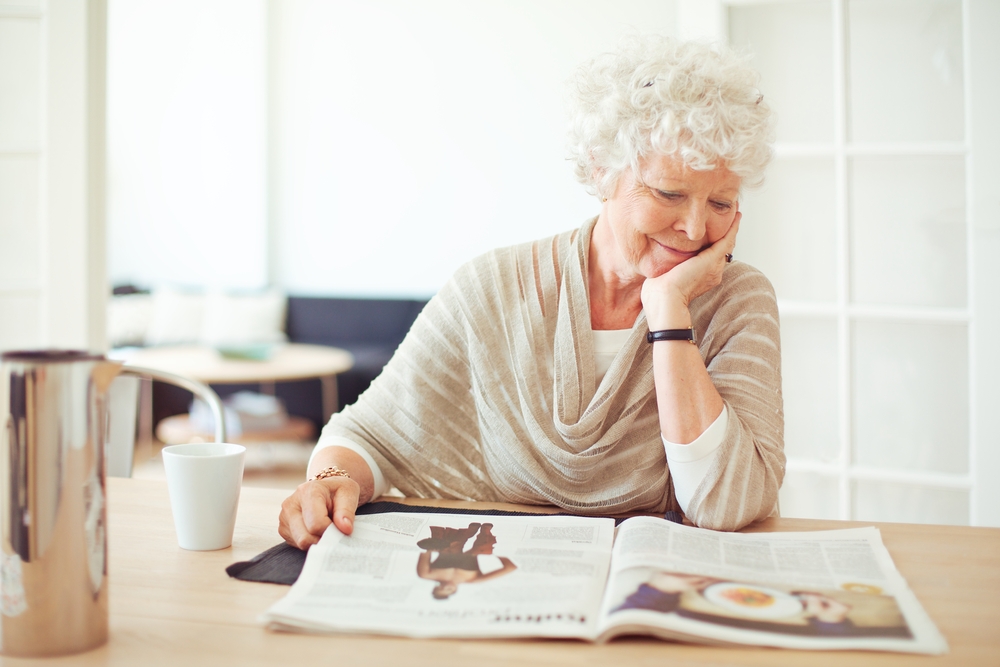 People with cataracts may find it difficult to see the nuances of images, such as contours in objects and features on faces, such as determining the expression of a person any distance away. This lack of detail can make it difficult to watch television, tell time, and even distinguish between food on a plate. 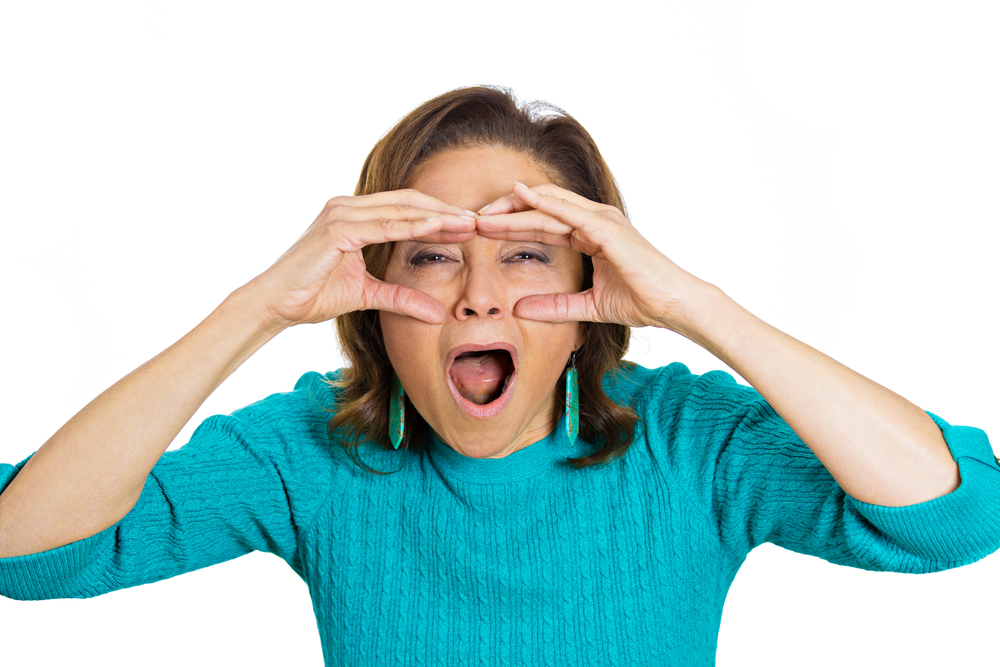 Though bright lights can cause problems for people with cataracts, it is also common for individuals with the condition to require better lighting for activities that once did not require so much illumination. People may require additional lighting in a room, even when natural light is already present. 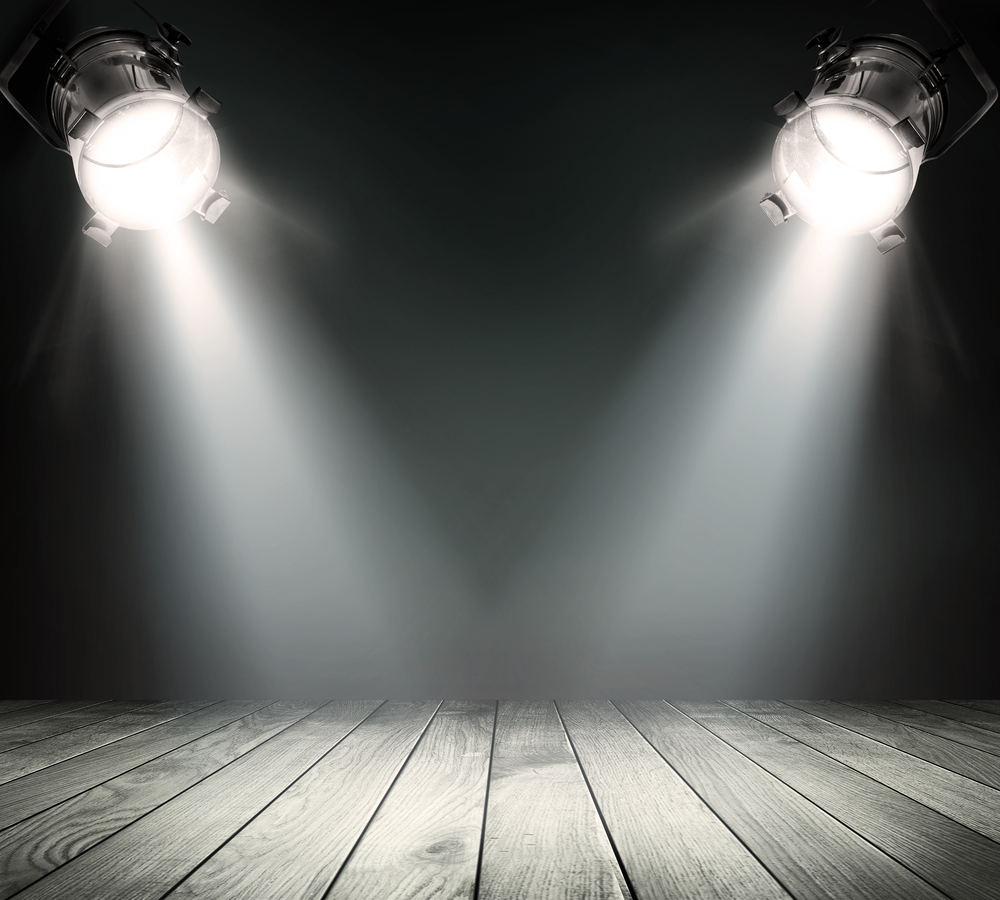 People with cataracts may need to upgrade their eyeglasses to higher prescriptions repeatedly. In fact, quickly deteriorating eyesight could be a warning sign that prompts a patient or doctor to seek a cataract diagnosis. 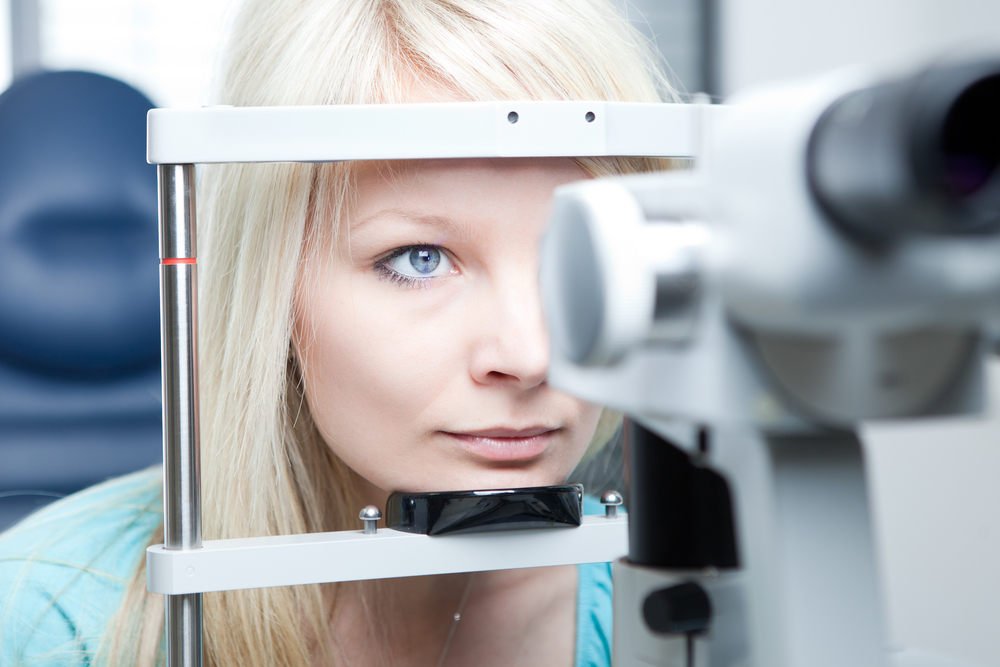