The Types, Symptoms, and Causes of Porphyria

Porphyria is a group of rare disorders that usually have a genetic cause. The body uses the natural chemical porphyrin to produce heme, an essential part of red blood cells. Porphyria occurs when the body is unable to efficiently use porphyrin to make heme, leaving the chemical to accumulate. Eight disorders comprise the group, and diagnosis depends on which of the eight enzymes required to make heme is lacking.

Poryphyria is divided into two groups, which are further subdivided. Acute porphyria consists of four separate conditions: variegate porphyria (VP), hereditary coproporphyria (HCP), acute intermittent porphyria (AIP), and delta-aminolevulinic acid dehydratase (ALAD) porphyria (ADP). All types are very rare. Of people with genetic mutations that cause acute porphyrias, only ten to 20% have an acute attack. Most remain asymptomatic throughout their life. 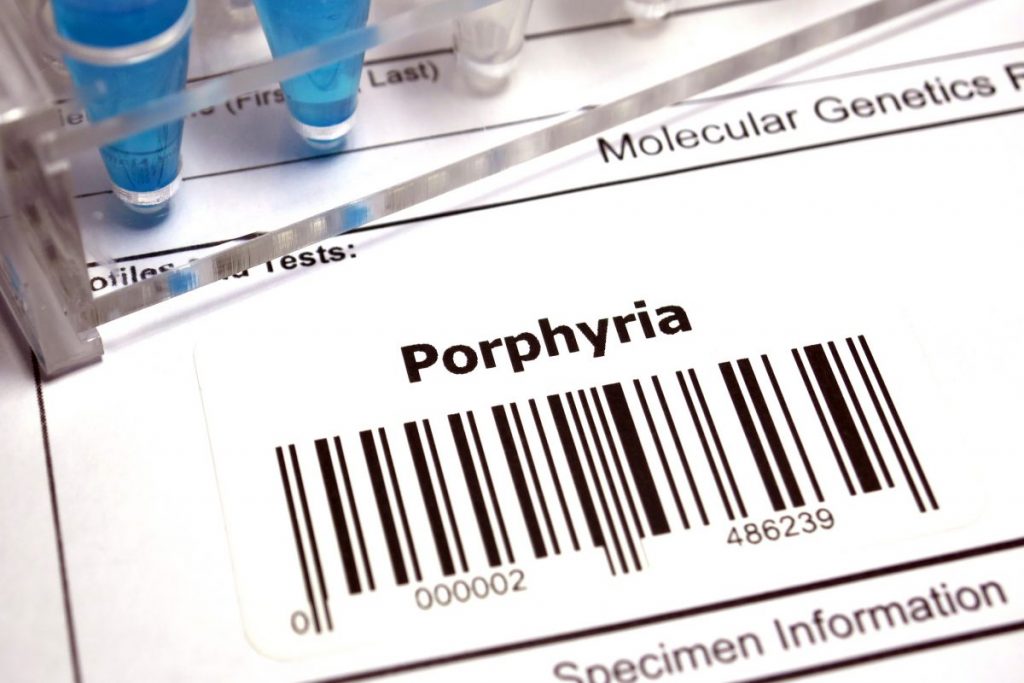