Signs and Causes of Epidural Hematoma

When the effects of banging one's head are still felt hours later, something more serious than a bruise may be at play. Approximately two percent of all head injuries cause epidural hematomas or EDH, when blood clots develop in the space between the brain and the skull. While this complication is uncommon, it can become life-threatening if ignored and undiagnosed.

Statistics show that more than 1.7 million people in the U.S. have a brain injury from motor vehicle crashes each year. Data suggests epidural hematomas are a fairly high percentage of these injuries, as well as those stemming from home accidents such as falls. People who were in vehicle crashes are more likely to develop acute injuries with higher mortality rates. Falls can cause bleeds that develop more slowly and may take longer to cause symptoms and diagnose. 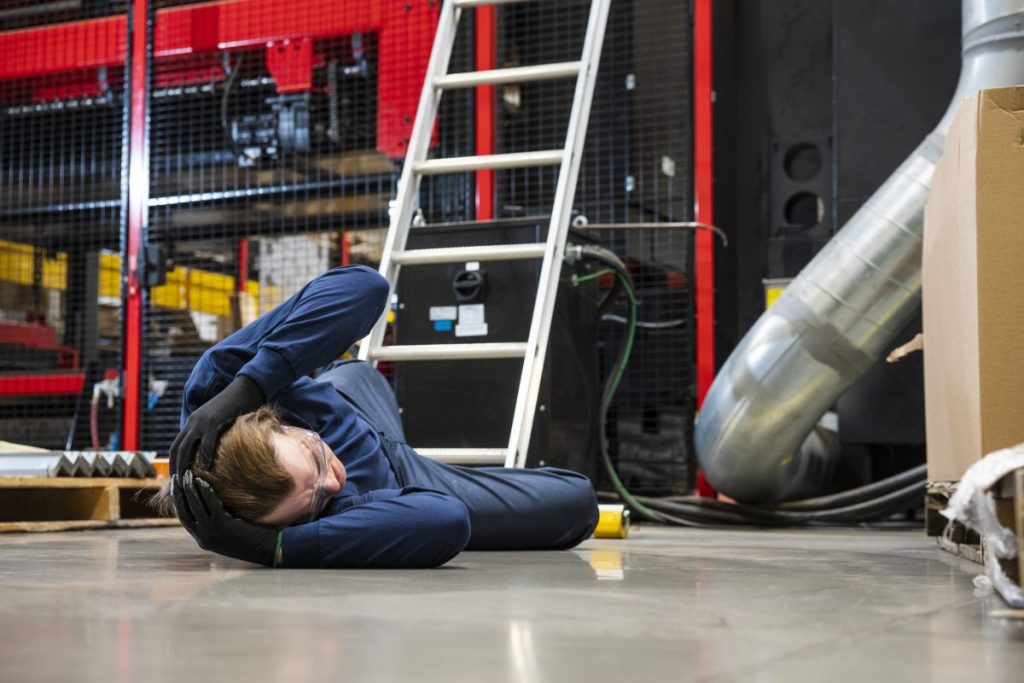 A coup-contrecoup brain injury happens at the point of impact (coup) and in a separate location from the impact (contrecoup), resulting in cerebral contusions — multiple microhemorrhages that may cause brain swelling. Examples of this type of traumatic brain injury (TBI) are present in cases of shaken baby syndrome and injuries to professional athletes in contact sports. Depending on the severity, a contrecoup can cause a burst lobe, which can become fatal quickly. 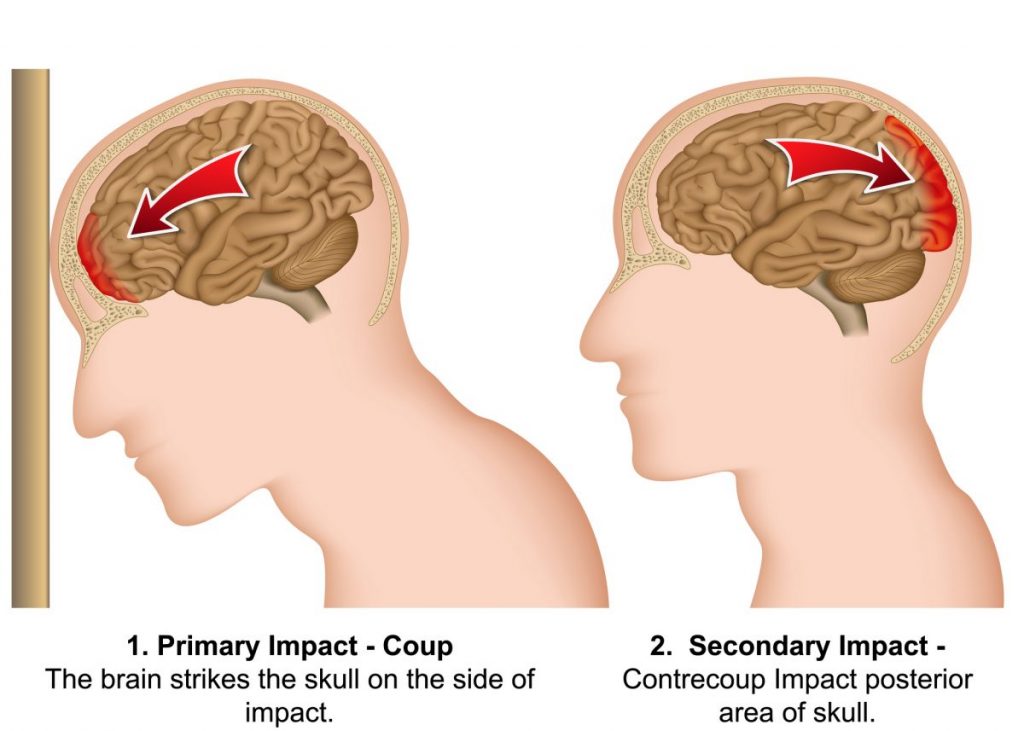 Coagulopathy is the impairment of clotting ability, which leads to prolonged bleeding episodes. In certain cases of intracranial hematomas, for example, an underlying cause such as hemophilia or sickle cell disease may exist. In addition to hematomas in the brain, individuals may also have disseminated intravascular coagulation or DIC, small clots throughout the body. In dealing with these small clots, platelets and clotting factors are exhausted, leading to excessive bleeding. 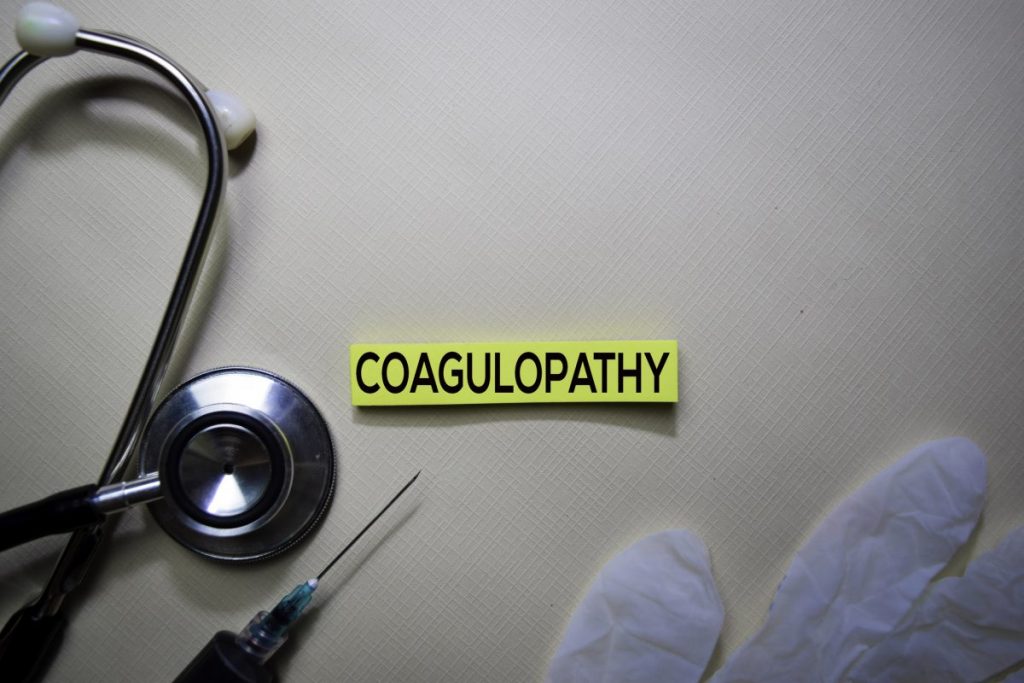 Spinal epidural hematoma can be caused by rare vascular malformations that present as lesions along the spinal cord, bone, or soft tissue. These are identified in one in a million people and, left untreated, can result in paraplegia within a few years, increasing the rate of mortality. 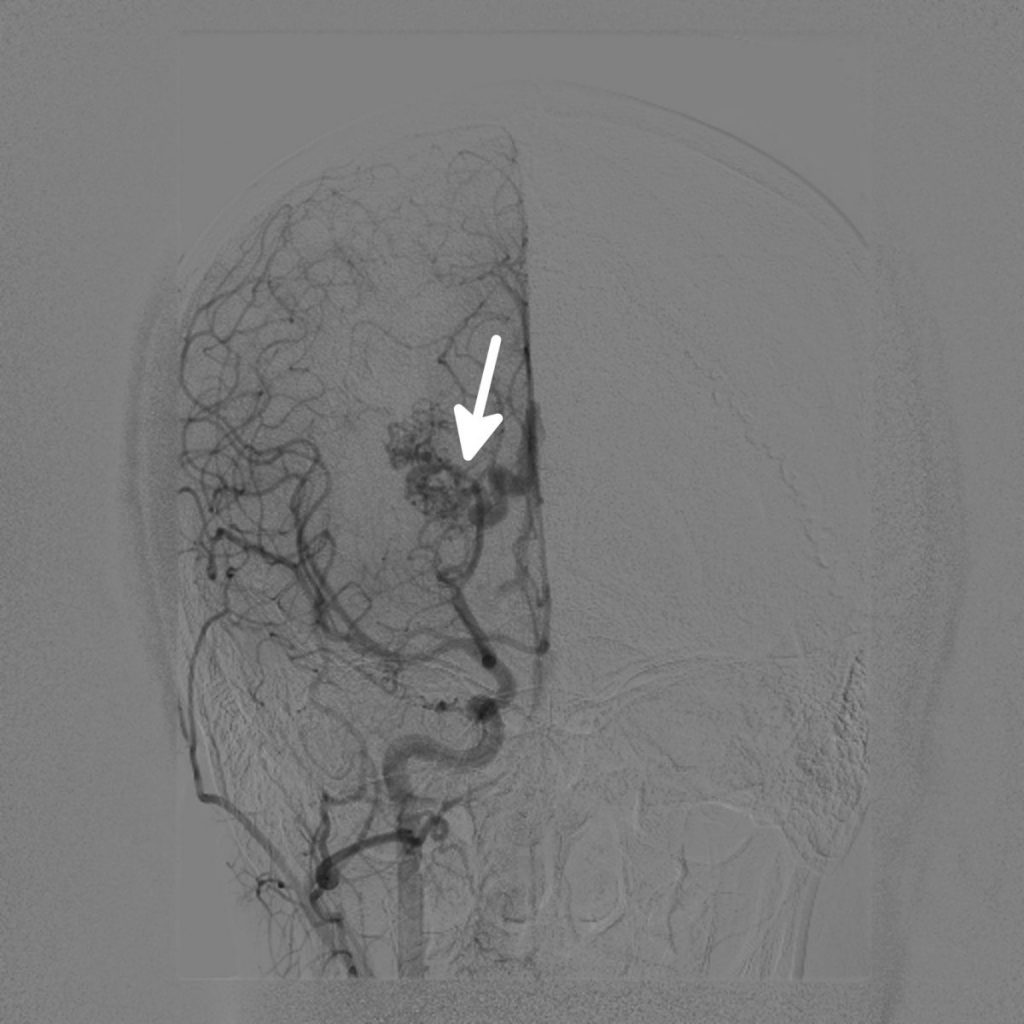 Symptoms of epidural hematoma include confusion and dizziness. Because pressure is accumulating on the skull and brain, severe headaches are common. Unexplained lack of coordination and lethargy may also manifest, and drowsiness can result in loss of consciousness. Once someone slips into a coma, the chances of making a good recovery lessen. One study showed that in the case of an acute hematoma in the posterior fossa, the space behind the brainstem and the cerebellum, nausea and vomiting increased the risk of rapid, fatal deterioration. 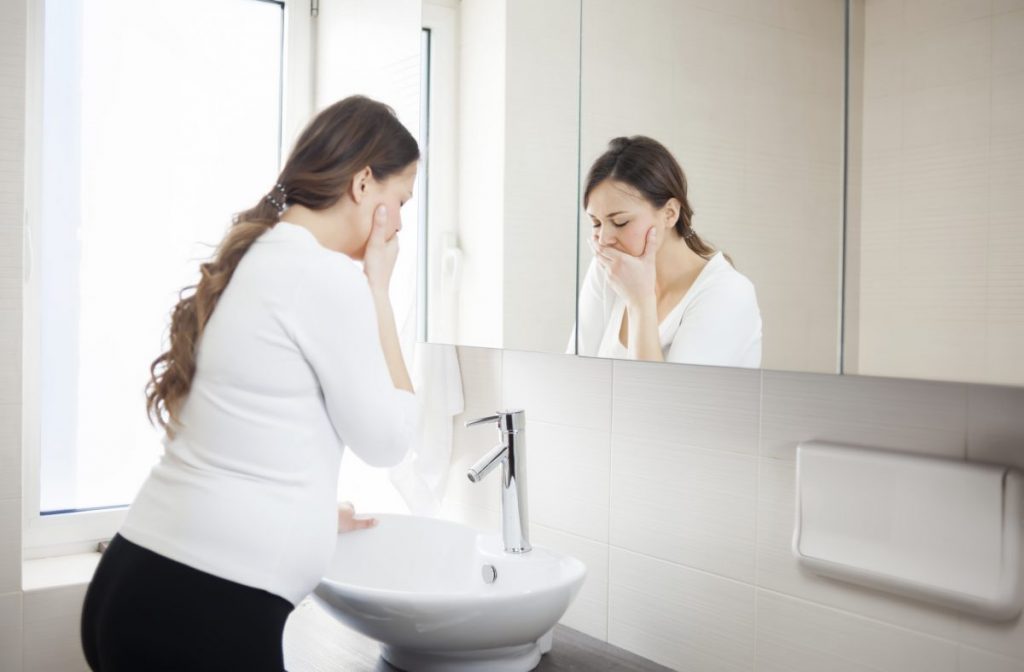 The oculomotor nerve supplies the pupil and lens in addition to the eye muscles that allow tracking and fixation. Those who sustain a stunning blow to the head may have a period of lucidity, only to deteriorate minutes or hours later. One of the signs of an epidural hematoma is unilateral pupil dilation, caused by the clot pressing down on the oculomotor nerve, the third cranial nerve. 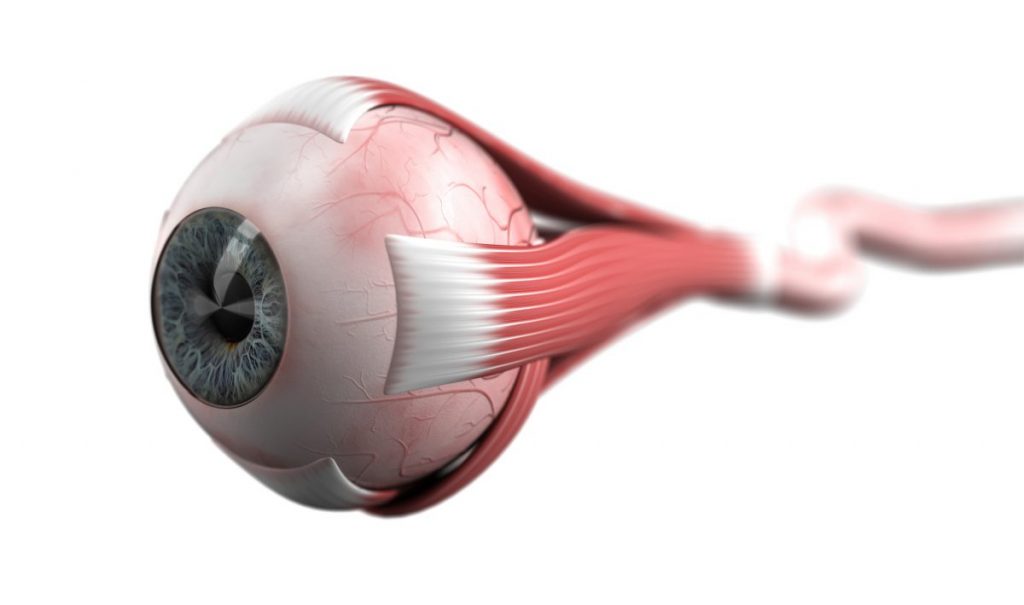 Outside of tumors, which can occur at any age, children younger than two and adults older than 70 have an increased risk of epidural hematoma. The main reason is that before the age of two, the dura mater is not fully connected, and as humans get older, brain atrophy loosens the connection. Research indicates that the riskiest times for developing spinal epidural hematomas are during the insertion and removal of epidural catheters and spinal drains. 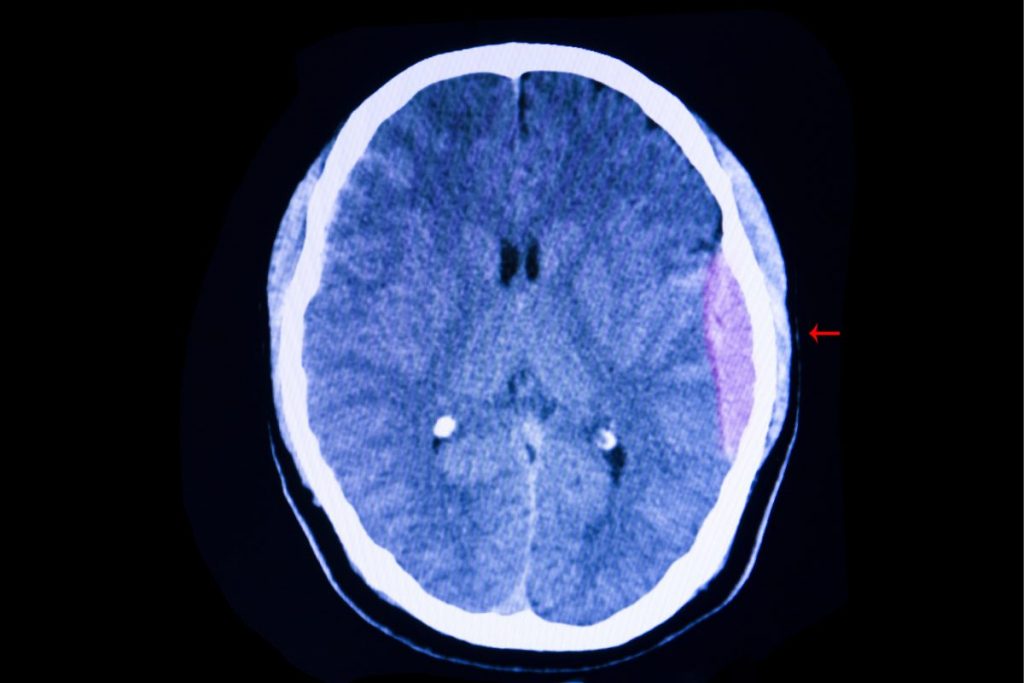 In some cases of spinal epidural hematoma, the mass becomes infected. One case study involved a 65-year-old man with diabetes, who experienced back pain and leg weakness from an epidural mass over the bony projections of specific vertebrae. The clot developed an invasive pneumococcal infection that developed into an abscess. Blood is rich in nutrients, so doctors need to be mindful about the rare but potential risk of bacterial infections, especially in those with chronic illnesses. 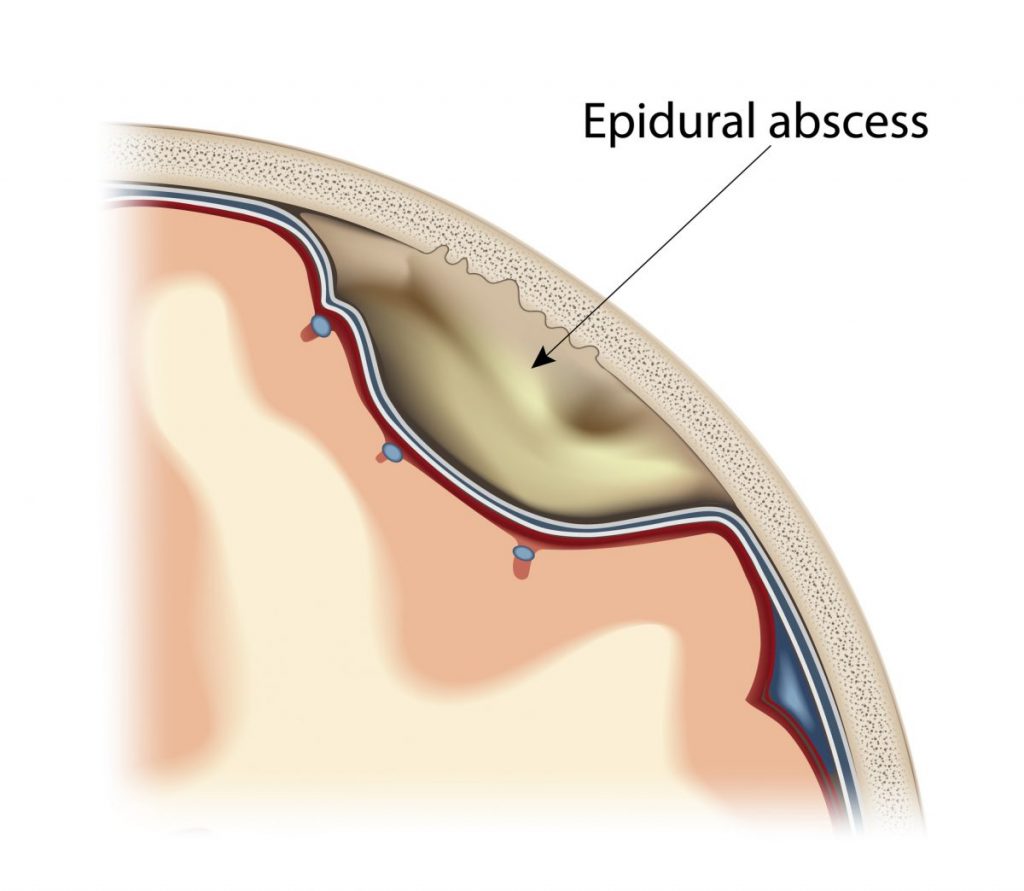 In most cases, surgery is the only option for treating epidural hematoma. Doctors perform a craniotomy, a procedure to remove part of the skull, which relieves pressure on the brain. Recovery includes medications to reduce swelling and lower the risk of seizure. Depending on the extent of the injury, physical and occupational therapy can provide a solid framework to help improve motor skills, aiding the patient in increasing their activity level. This can take anywhere from weeks to years. 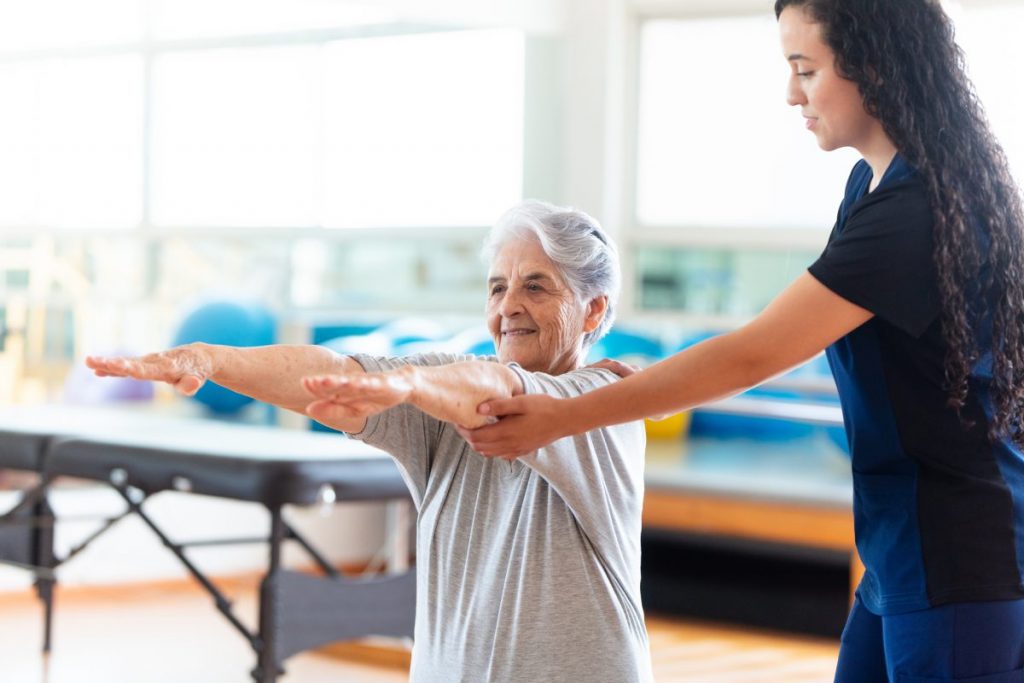 While postoperative intracranial hematomas are expected complications from brain tumor surgery, remote epidural hematomas that occur in distant, unrelated locations to the surgery can be extremely dangerous, especially since the reason is unclear. Studies show indications may exist, such as a drop in intracranial pressure, which can cause the brain to shift, and substantial loss of cerebrospinal fluid leading to problems with intracranial pressure. In many cases, postoperative checks can identify this complication. 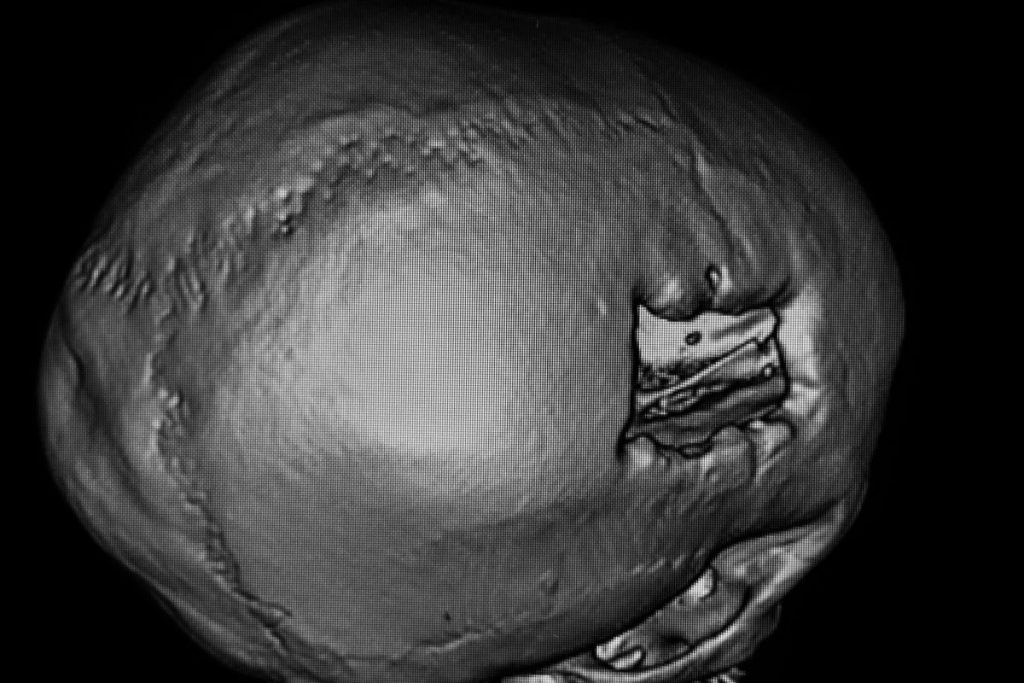