Bell's palsy is a condition in which there is weakness or paralysis in the muscles that control facial expressions. It involves the muscles in the forehead, eye, cheek, and mouth. Symptoms of Bell's palsy reflect the paralysis of the affected muscles. Those who develop the condition also complain of inability to close their eyes, dryness of the eye, loss of taste sensation, an inability to smile and drooling and facial distortion on the same side as the affected nerve. People experiencing paralysis of the face should see a doctor and exclude more serious causes such as a stroke.

1. Weak facial muscles on one side

The 12 cranial nerves which communicate with the head and neck connect with the brain. The 7th cranial nerve is called the facial nerve. It is mainly concerned with muscle control and facial sensations. When the facial nerve is affected by inflammation, the muscles that it controls could suddenly become weak and may even become paralyzed. This is the main symptom of Bell's palsy. The exact cause of this inflammation is not yet known, but many believe it is due to viral infection because many people were affected by an infection in the upper respiratory tract before they developed Bell's palsy. Diabetes is also another risk factor for this condition. 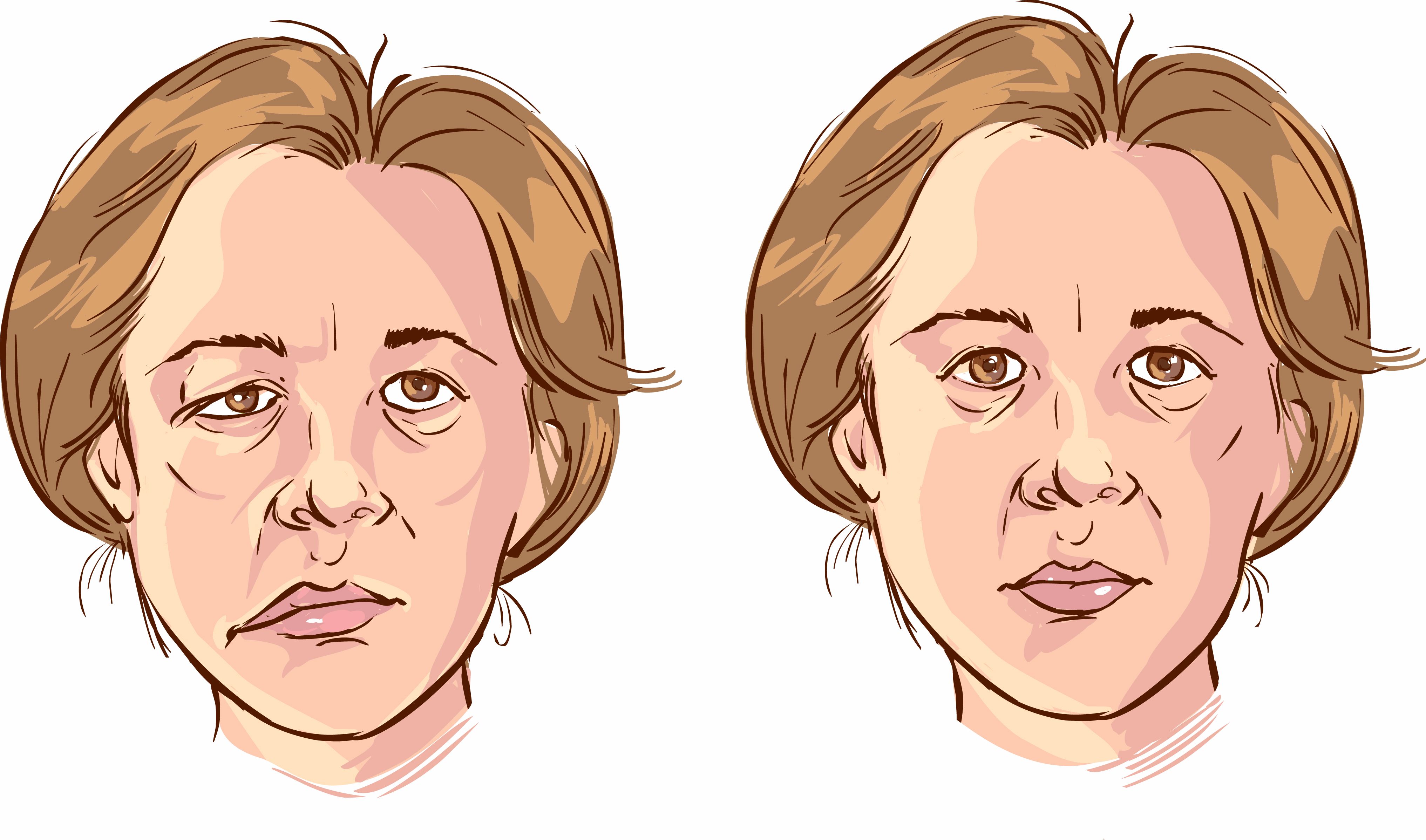