Fitz-Hugh-Curtis syndrome (FHCS) or perihepatitis is a complication of pelvic inflammatory disease (PID) that predominantly affects women -- only a handful of cases have occurred in men. The bacterial illnesses usually responsible for Fitz-Hugh-Curtis syndrome are gonorrhea and chlamydia. During the 1930s, Thomas Fitz-Hugh and Arthur Curtis recognized a connection between right upper quadrant pain and a violin-string pattern of adhesions in women with histories of fallopian tube inflammation and pelvic infection. Adhesions are tough bands of scar tissue formed between abdominal tissues and organs.

The most recognizable symptom of Fitz-Hugh-Curtis syndrome is a sudden, sharp pain in the right upper quadrant of the abdomen that increases with movement and often radiates to the right shoulder or arm. Other common symptoms include fever, chills, headaches, nausea, vomiting, and malaise, a general feeling of poor health and loss of energy. Hiccups are an unusual symptom of Fitz-Hugh-Curtis syndrome that most people do not associate with illness.

Inflammation of the membrane lining the stomach and tissues surrounding the liver causes Fitz-Hugh-Curtis syndrome. This is a type of peritonitis -- inflammation of the peritoneum, the membrane lining the inner abdominal wall and covering the internal organs. In some people, the diaphragm muscle between the stomach and chest also becomes infected and inflamed. The violin-string pattern of adhesions between the liver and abdominal wall or diaphragm are unique to Fitz-Hugh-Curtis syndrome and do not occur in other forms of peritonitis. 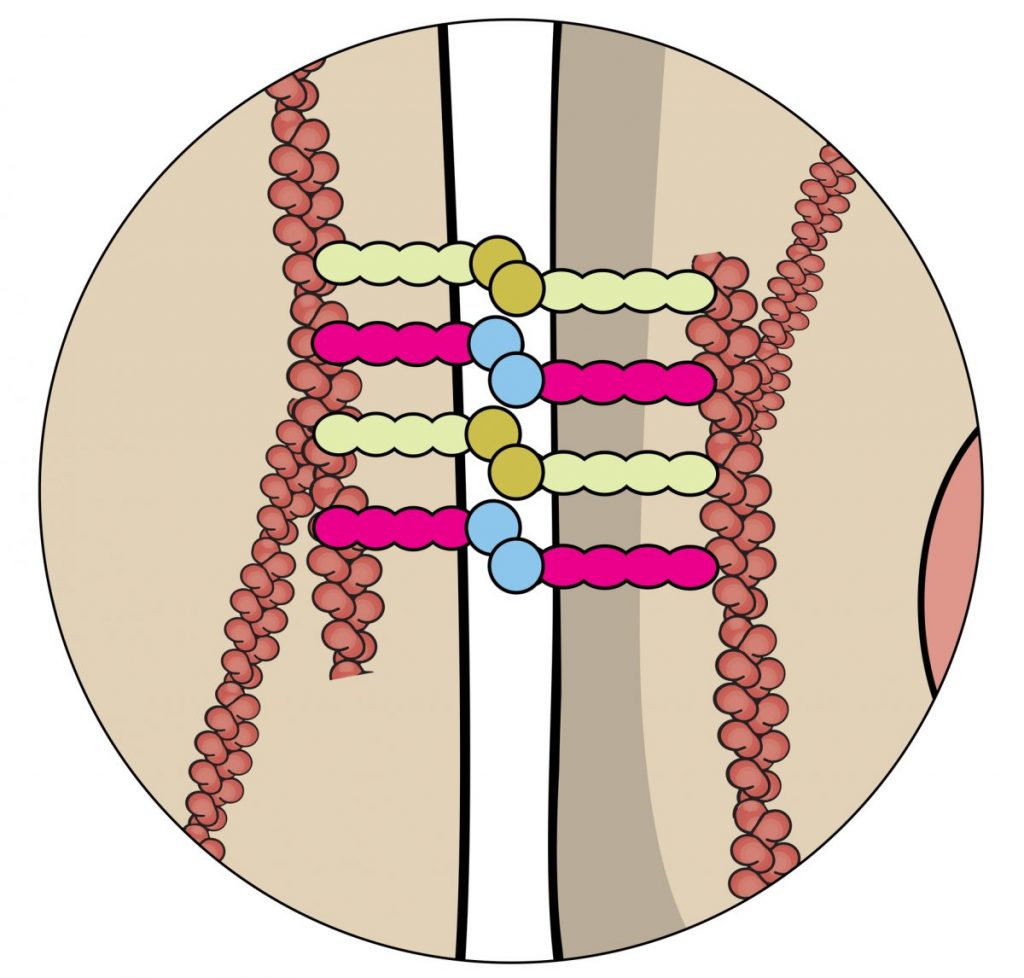 The bacterial sexually transmitted infections Chlamydia trachomatis -- primarily -- and Neisseria gonorrhoeae cause most cases of Fitz-Hugh-Curtis syndrome. Researchers do not yet understand the exact process of infection, but most believe the bacteria travel from the pelvis to the liver through the bloodstream or lymphatic system. 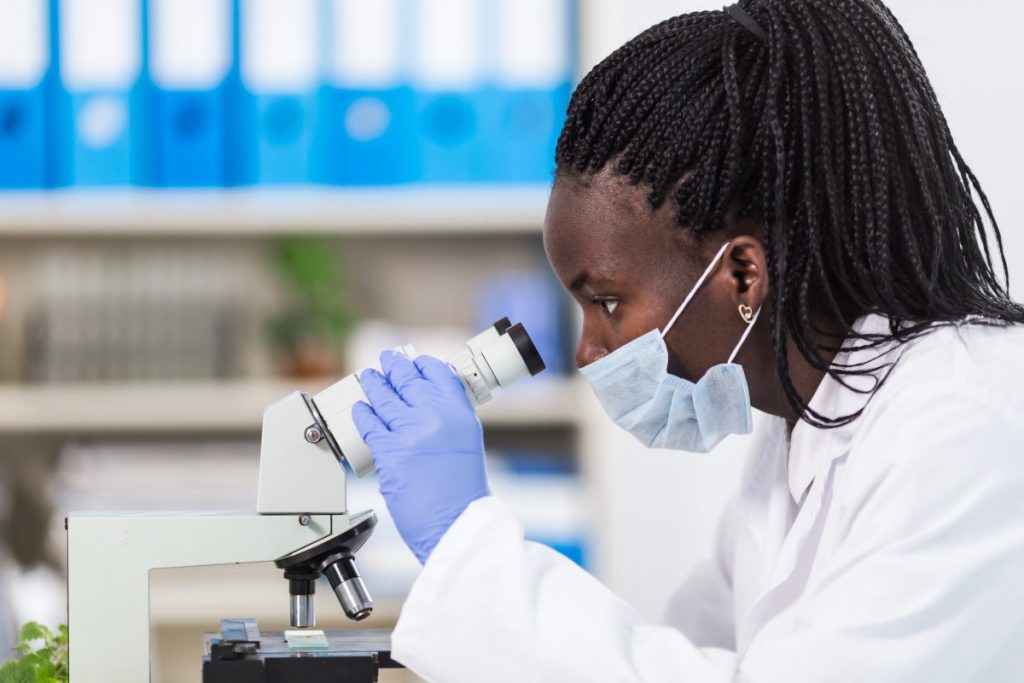 Some researchers believe Fitz-Hugh-Curtis syndrome is the result of the body's autoimmune response to the infection. Autoimmune disorders occur when the immune system attacks healthy tissue, and several studies note abnormally high levels of antibodies to Chlamydia trachomatis in people with Fitz-Hugh-Curtis syndrome. Autoimmune theory states car tissue in adhesions is created through an overly aggressive immune response that kills healthy cells and tissue around organs. 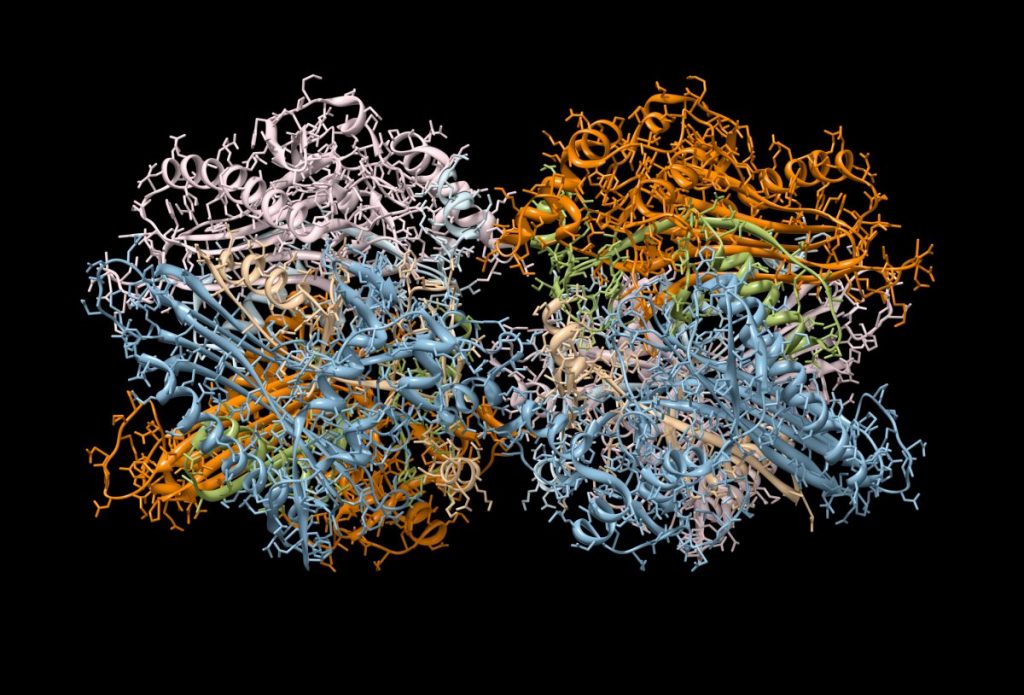 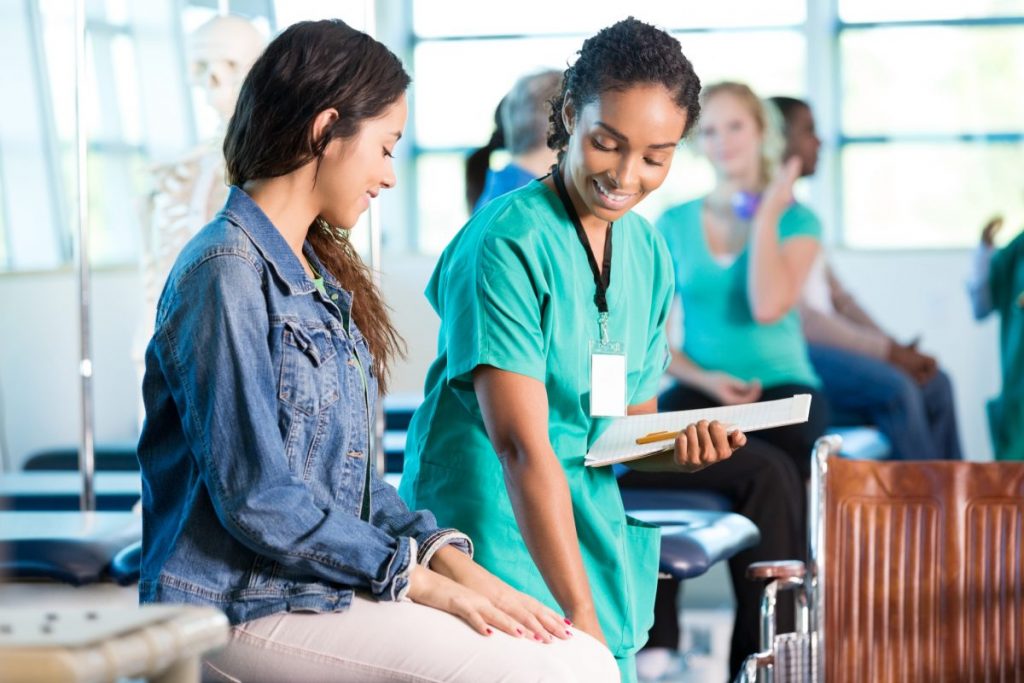 Doctors tailor the treatment of Fitz-Hugh-Curtis syndrome to each case, targeting the specific symptoms. A variety of antibiotic regimes are prescribed for the underlying infection and these almost always include two or more antibiotics. Pain medications ease discomfort. The Centers for Disease Control and Prevention or CDC distributes specific guidelines for the treatment of pelvic inflammatory disease and Fitz-Hugh-Curtis syndrome. 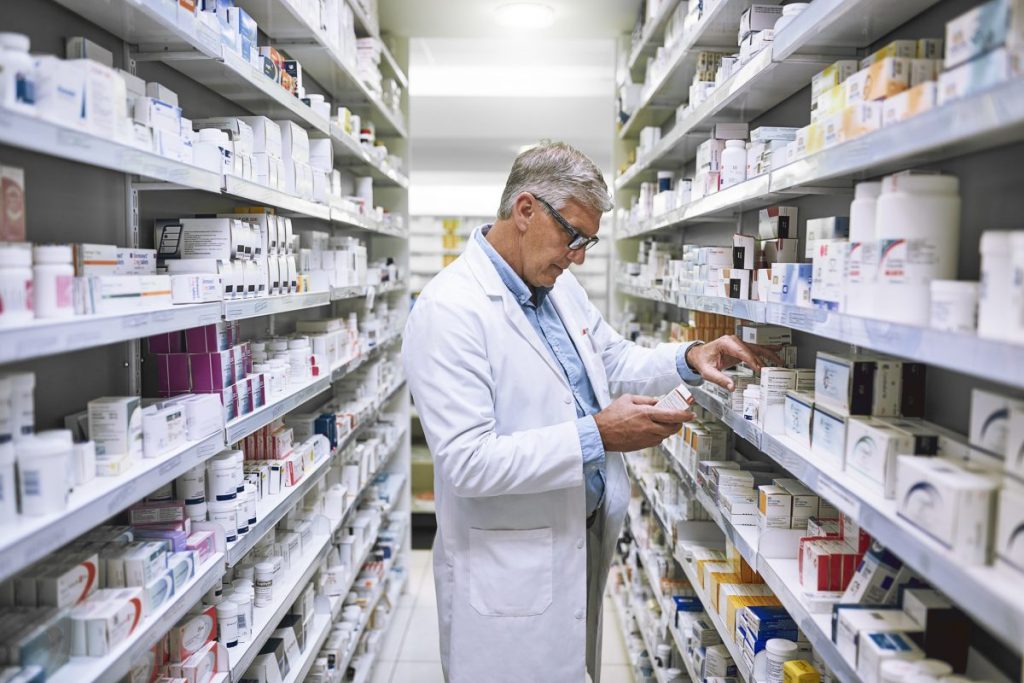 After adhesions form, Fitz-Hugh-Curtis syndrome is considered advanced, and antibiotics are not sufficient treatment on their own. A physician will perform a laparotomy by inserting a small instrument through an incision in the abdominal wall, removing the fibrous scar tissue of the adhesions. Sometimes, surgeons find extensive adhesions in older women during seemingly unrelated abdominal surgery. The adhesions may have contributed to the diagnosed medical condition. In many cases, these women had Fitz-Hugh-Curtis syndrome at some point but never received a diagnosis. 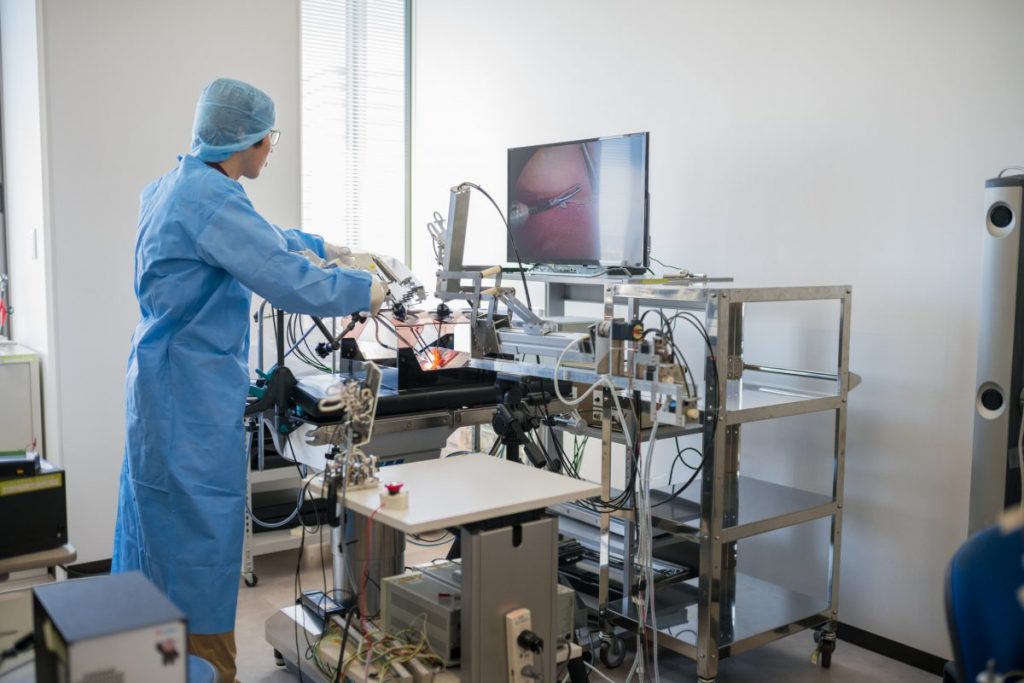 Women do not always notice STD symptoms or seek treatment. If a doctor does not diagnose pelvic inflammatory disease, it is possible they will misdiagnose Fitz-Hugh-Curtis syndrome. Ruling out other diseases and conditions is part of the condition's diagnosis. Viral hepatitis causes inflammation of the liver and shares symptoms with Fitz-Hugh-Curtis syndrome, but causes jaundice while FHCS does not. Other conditions for which FHCS is frequently mistaken include disorders of the gallbladder, pyelonephritis, pancreatitis, herpes zoster, appendicitis, nephrolithiasis, peptic ulcer disease, and pneumonia. 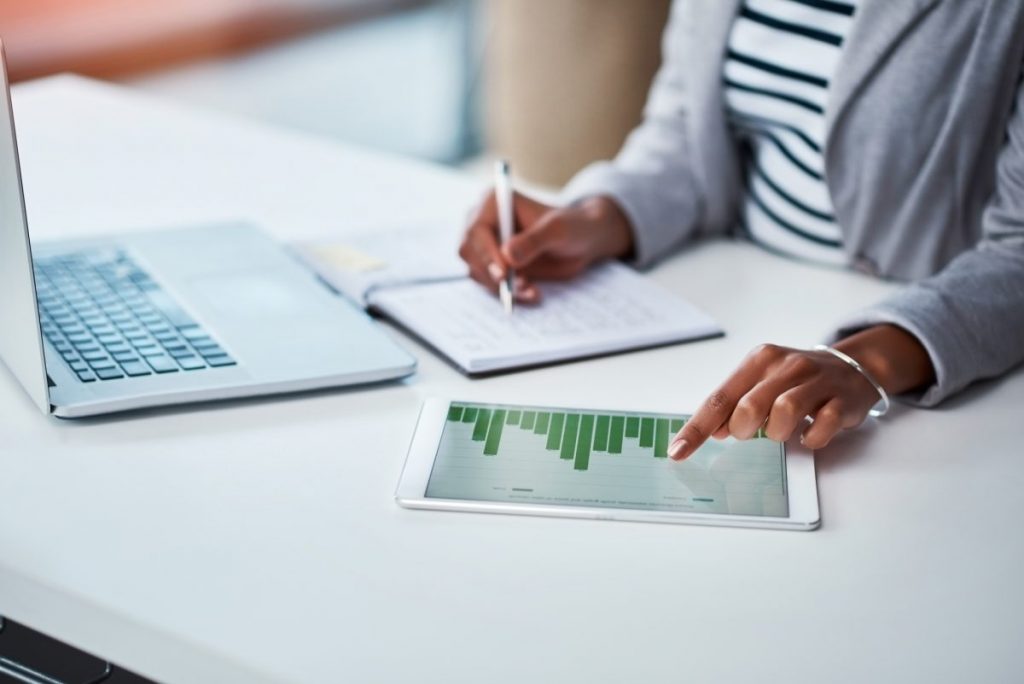 The doctor can confirm Fitz-Hugh-Curtis syndrome with x-ray examination, diagnostic laparoscopy, and laboratory analysis. X-ray examinations using an ultrasound, chest and stomach radiograph, or computed tomography scanning look at inflammation around the liver. Medical professionals conduct a laparoscopy by inserting a small tube into the abdominal cavity through a tiny incision in the stomach, observing the liver and surrounding tissue. Lab technicians can analyze fluid from the abdominal cavity or small tissue samples to look for bacteria. Finally, the physician will confirm Fitz-Hugh-Curtis syndrome by finding evidence of gonorrhea or chlamydia in fluid from the space around internal organs. 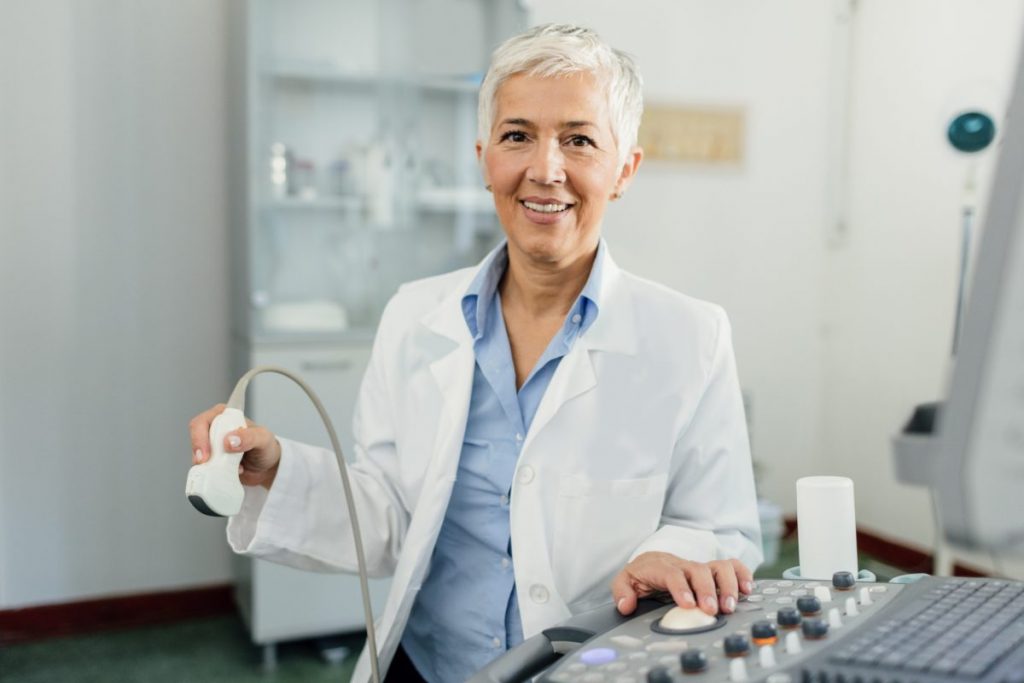 Long-term effects of Fitz-Hugh-Curtis syndrome include abdominal pain, obstruction in the small intestine, and infertility or ectopic pregnancy. Rare cases of severe infection can lead to kidney disease and impaired renal function. Extensive adhesions can cause volvulus, which occurs when a loop of intestine twists around itself. Vomiting, abdominal pain, and loose, bloody stools are signature symptoms, and doctors treat this resulting condition by surgically removing a section of intestine. Volvulus becomes a medical emergency if it entirely cuts off blood flow to tissues. 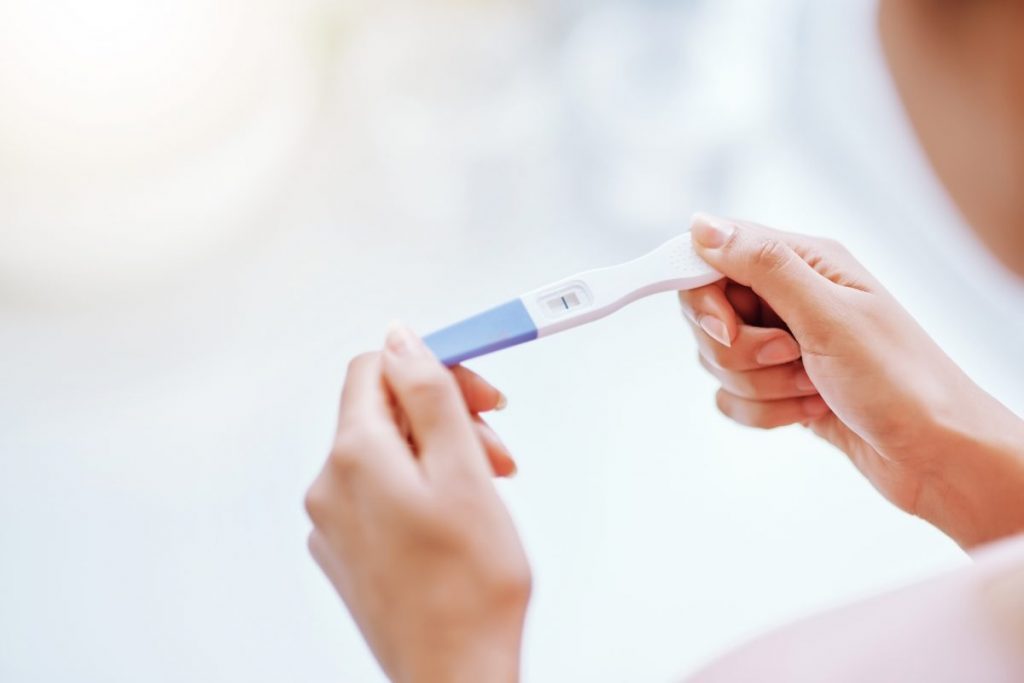