Post-traumatic stress disorder is a condition which can develop in people who have experienced a scary and distressing event. According to the National Institute of Mental Health, most people will experience a “fight-or-flight” response during a traumatic event, but many people recover. Those who keep experiencing symptoms after the event are diagnosed with PTSD. These people may live in fear, or experience stress even when there is no evident danger. PTSD symptoms may include re-experiencing the event in flashbacks, bad dreams, or frightening thoughts; avoiding places, people, thoughts, or feelings related to the event. Arousal and reactivity symptoms including being easily startled, feeling tense, difficulty sleeping, or having outbursts. There are many traumatic events which may cause a person to develop PTSD.

Men and women who serve in the military and experience combat may develop PTSD. According to the U.S. Department of Veterans Affairs, 15% of veterans who served during the Vietnam War are currently diagnosed with PTSD, but an estimated 30% of Vietnam Veterans have had PTSD in their lifetime. About 12% of Gulf War (Desert Storm) Veterans have PTSD in a given year. These are only the reported cases—many people living with PTSD will do so in silence, and so many cases go unreported. In addition to veterans who experience PTSD, civilians who live through war can also experience PTSD. The effects of war go far beyond the battlefield, and that is evident in any people who have experienced war first-hand, be it a soldier or a civilian. 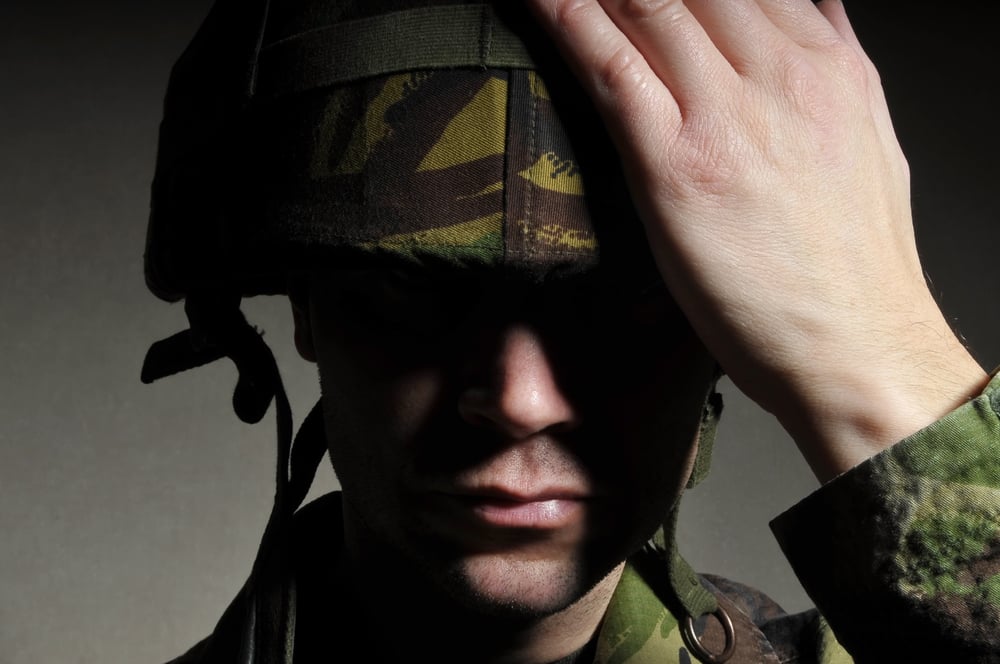 One of the most common causes of PTSD are motor vehicle accidents—and with the number of annual traumatic accidents on the rise, the number of people with PTSD is on the rise as well. In men, accidents are the most frequently experienced traumatic event, and in women, they are the second most frequent traumatic event, after a physical and sexual assault. According to the National Center for PTSD, approximately 9% of motor vehicle accident survivors develop PTSD. The survivors may experience nightmares, flashbacks, or they may avoid getting into a car after the accident. People who are at higher risk for developing it after an accident include those who have previously experienced a traumatic event, those with psychological difficulties prior to the event, those with a family history of psychological problems, severity of the accident, the presence of dissociation during the event, and little support felt after the event. 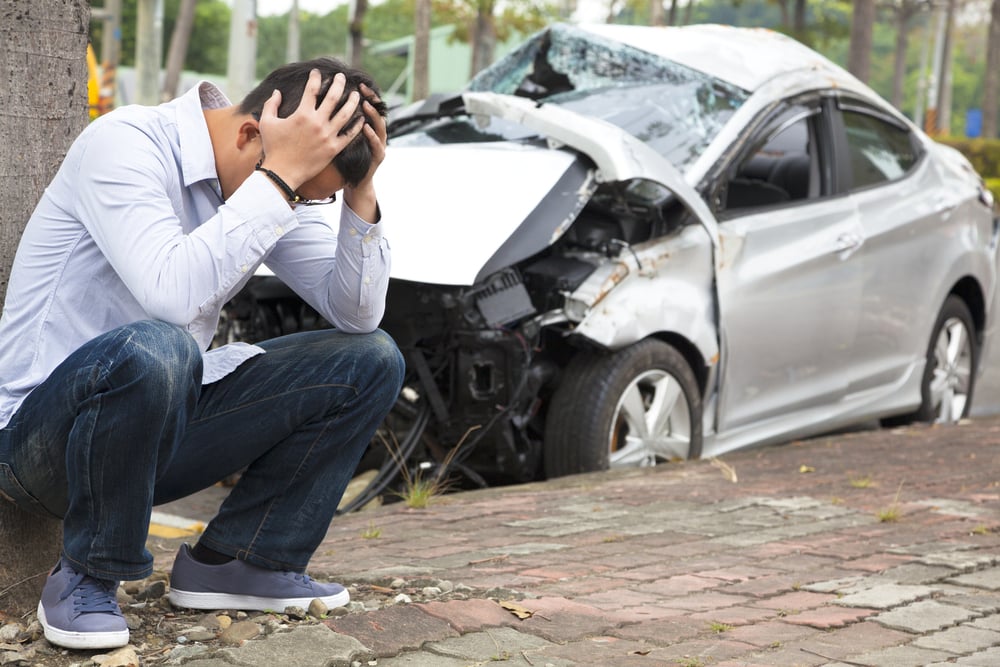 One of the most common causes of PTSD among children is sexual abuse. The most common cause of PTSD among women is sexual assault. In most cases of sexual abuse among children, the abuse is ongoing and is carried out by a family member or a close family friend. Studies suggest that 10% of children under the age of 18 have experienced sexual abuse. The long-term effects of ongoing sexual abuse can present in all areas of a person’s life including in sexual, medical, and psychological symptoms, one of which is stress disorder, or PTSD. Sexual assault is any sexual activity between two or more people in which one person is involved against his or her will. According to the National Center for PTSD, in one study, 94% of women experienced symptoms of trauma 2 weeks after the assault. Nine months later, 30% of women were still reporting PTSD symptoms. One in every three women who experience rape will develop PTSD. 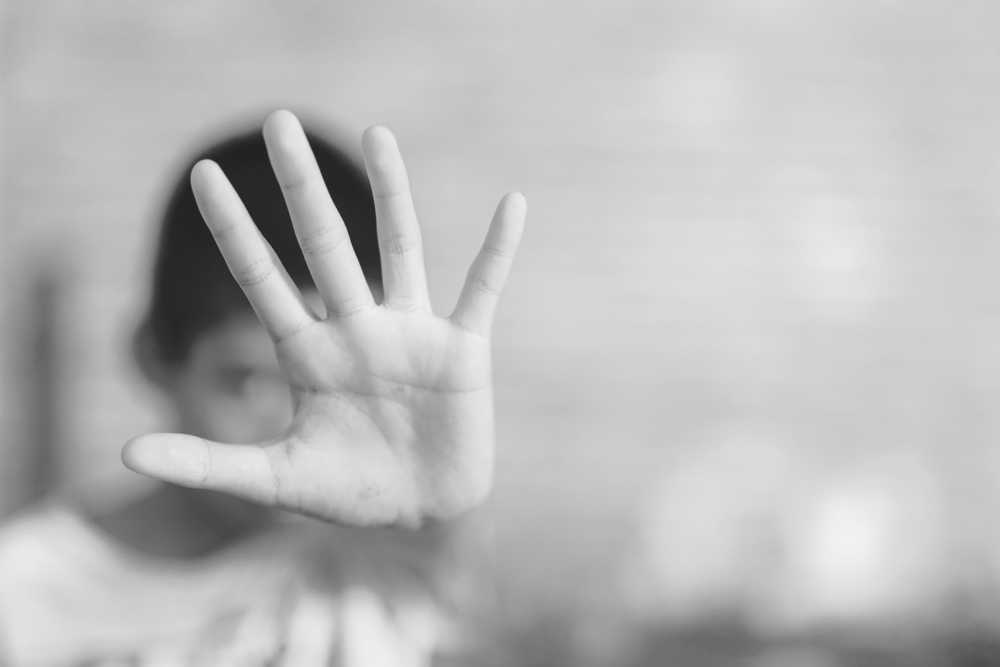 Anyone who experiences ongoing physical abuse, including men, women, and children, can develop PTSD. The majority of physical abuse cases involve child victims, but adults can be victims as well in cases of domestic violence or workplace aggression. According to psychologist Susanne Babbel, Ph.D., M.F.T. in an article in Psychology Today, sometimes a victim of child abuse will not be given coping mechanisms, and the trauma may accompany them into adulthood and look a lot like other disorders: depression, anxiety, hypervigilance, alcohol or drug abuse, sleep issues, and eating disorders. These people are the most likely to enter abusive relationships themselves and to re-enact the past. 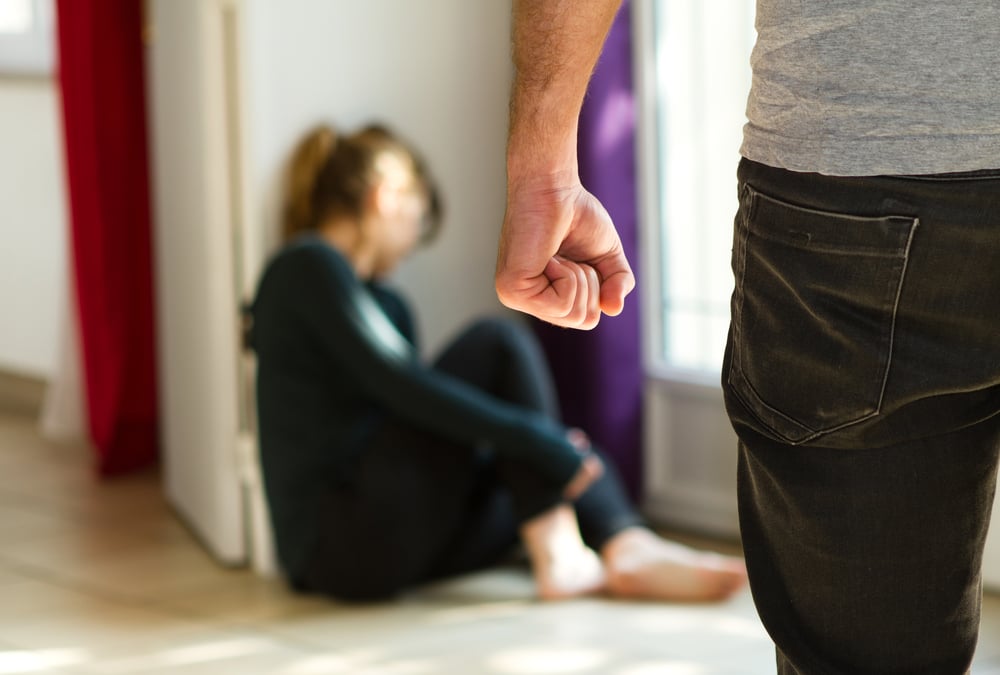 Emotional abuse, often experienced in domestic abuse cases, happens when the abuser is in a position of ‘power’ in the relationship and preys on the person who has less power. This often comes in the form of belittling, degrading, or shaming of the victim, and is an ongoing event. People who suffer from emotional abuse carry those feelings with them well after the relationship is over. The victim may remain hypervigilant and “on edge,” and experience many of the other PTSD symptoms including flashbacks, nightmares, inability to enjoy activities, and many other things. 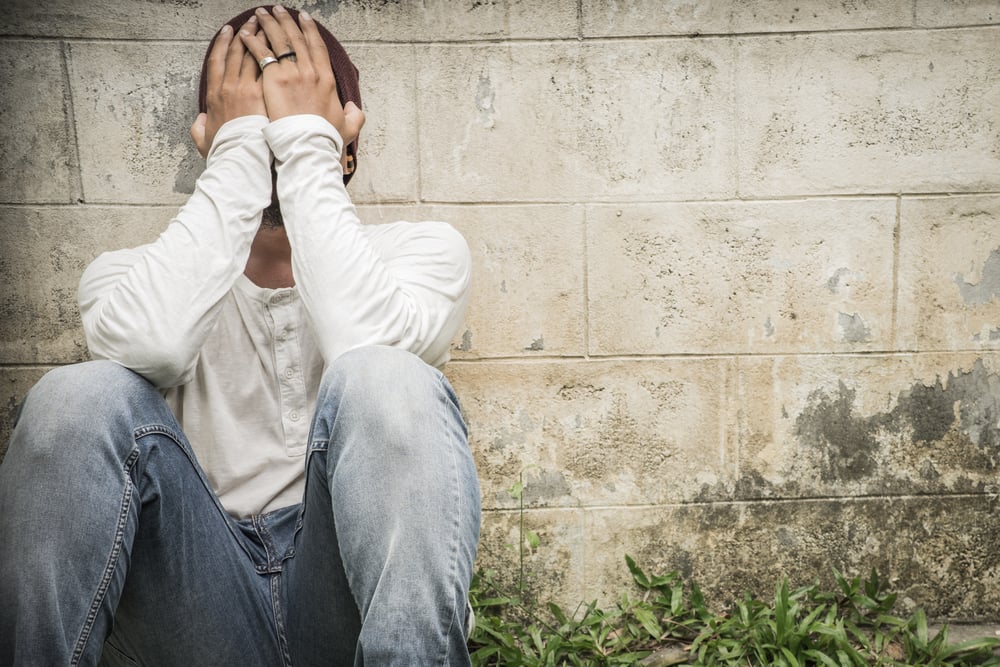 Any assault, be it emotional, physical, or sexual, can cause a person to develop PTSD. The assault can be chronic, or ongoing, or it can be a severe one-time assault crime. This is because anyone who has been assaulted feels invaded. There are often feelings of guilt that accompany these victims, and it is not unusual that they should develop PTSD. 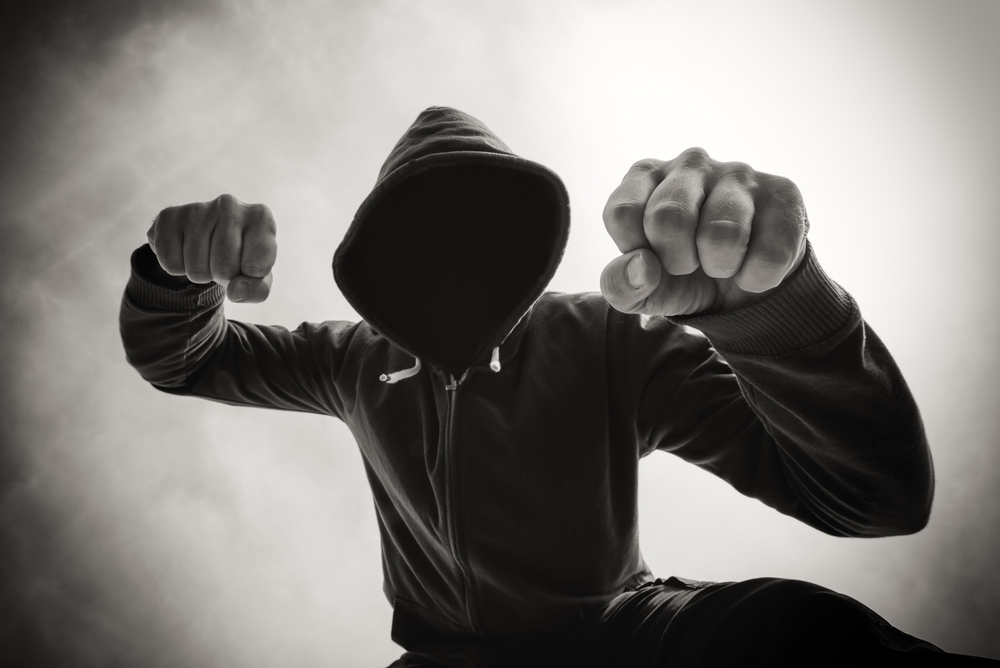 Any dangerous encounter, be it with a person, an animal, a vehicle, or machinery, can cause a person to develop PTSD if the event was life-threatening in any way. One example of such an encounter is a person who was bitten by a dog—especially a young child. Even a growling or barking dog is sometimes enough of a scare to put a person off from dogs for many years. A person who has been attacked by a dog may experience palpitations, panic attacks, excessive sweating, dry mouth, shaking, inability to speak or think clearly, or loss of control over the body when exposed to a dog. This type os trauma usually requires therapy to eventually re-expose the person to his trigger without fear. 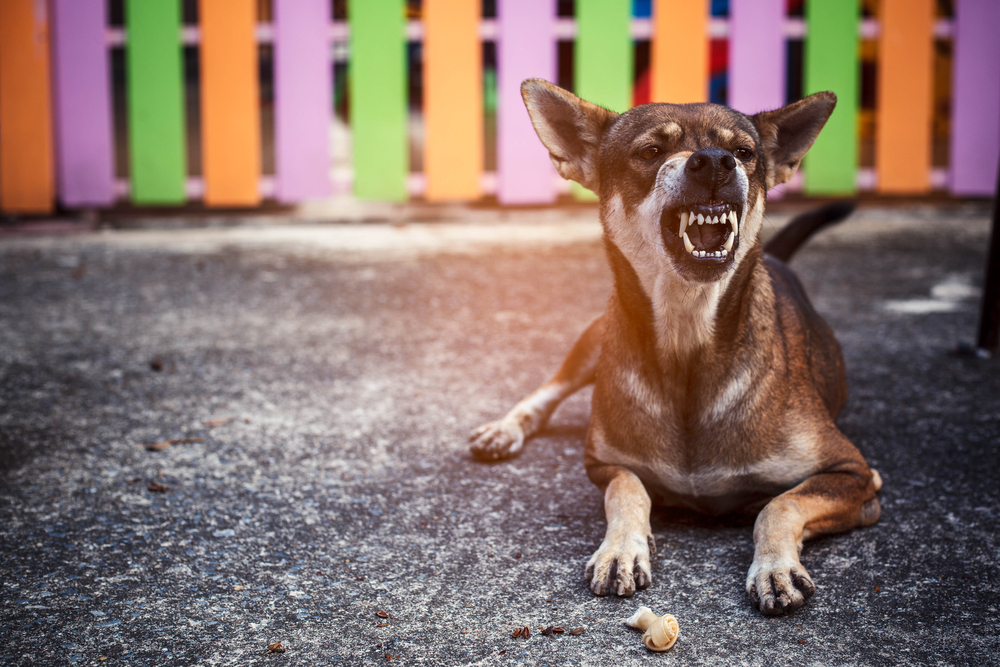 Another type of accident

Any life-threatening accident can cause a person to develop PTSD. A fall from a great height, a boating accident, a sports injury, or any other type of threat to a person’s life, can trigger the onset of post-traumatic stress disorder. 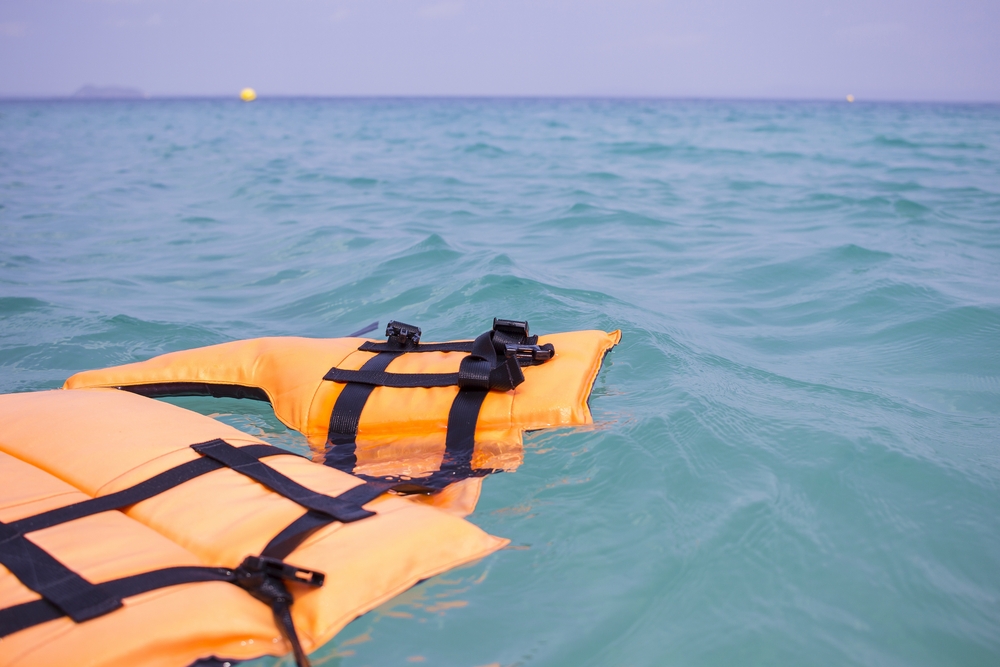 Terrorism attacks the sense of safety and security a person usually feels. According to the National Center for PTSD, research shows that deliberate violence creates longer lasting mental health effects than natural disasters or accidents. Victims, as well as family members of victims, are most likely to experience symptoms of PTSD after a terrorist attack. Those who were close to the attack but were not injured may also experience this. With more media coverage, pictures, and videos available, even those who were not near the event can experience PTSD. 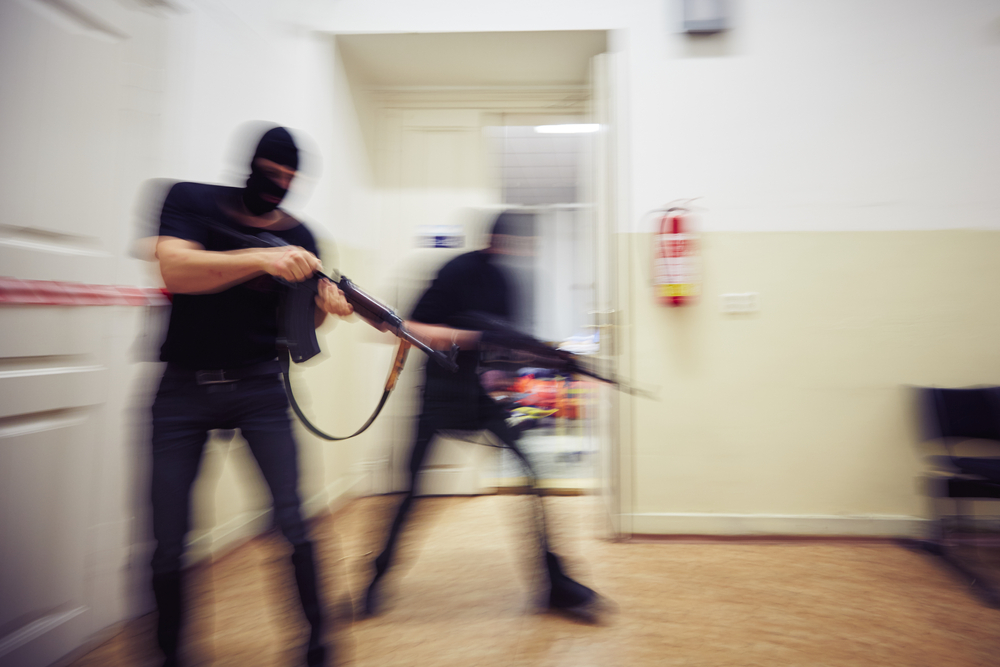 Unexpected or severe injury or death

People of all ages are at risk for developing PTSD when someone close is injured or killed suddenly or severely. The victim’s family and friends may experience nightmares, frightening thoughts, outbursts, or physical reactions related to the traumatic event. This is especially true if the person was present at the event but also if they were the one to discover the death. 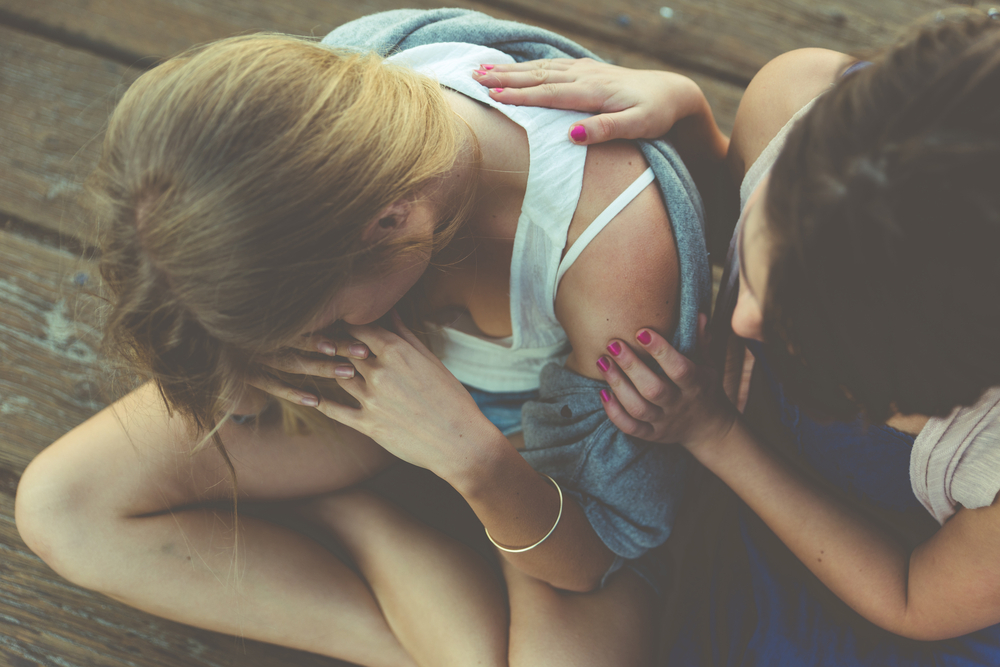 Post-traumatic stress disorder is a very common mental health condition that can affect people of all ages, races, and genders. And if you are experiencing it, make an appointment to talk to a mental health professional.