The Bones of the Legs

Walking, running, jumping, swimming — we rely on our legs for countless activities, and sometimes we take these two features, a combination of parts working together, for granted. Our hips and legs are made up of ten bones that connect to ligaments and muscles; when working in unison, the individual parts of the legs deliver dynamic functionality that allows us to climb stairs, surf, skip rope, ski, rollerblade, and so much more. The bones of the legs extend from the thigh to the ankle and include some of the longest and strongest in the body.

The femur is not just the longest bone in the body; it is also the strongest by most measures. More commonly referred to as the thigh bone, the femur connects to the pelvic bone via the hip joint. The only bone in the upper portion of the leg, the femur features a long central portion. The upper section helps create the hip’s ball-and-socket joint. The lower section of the femur forms part of the knee joint. 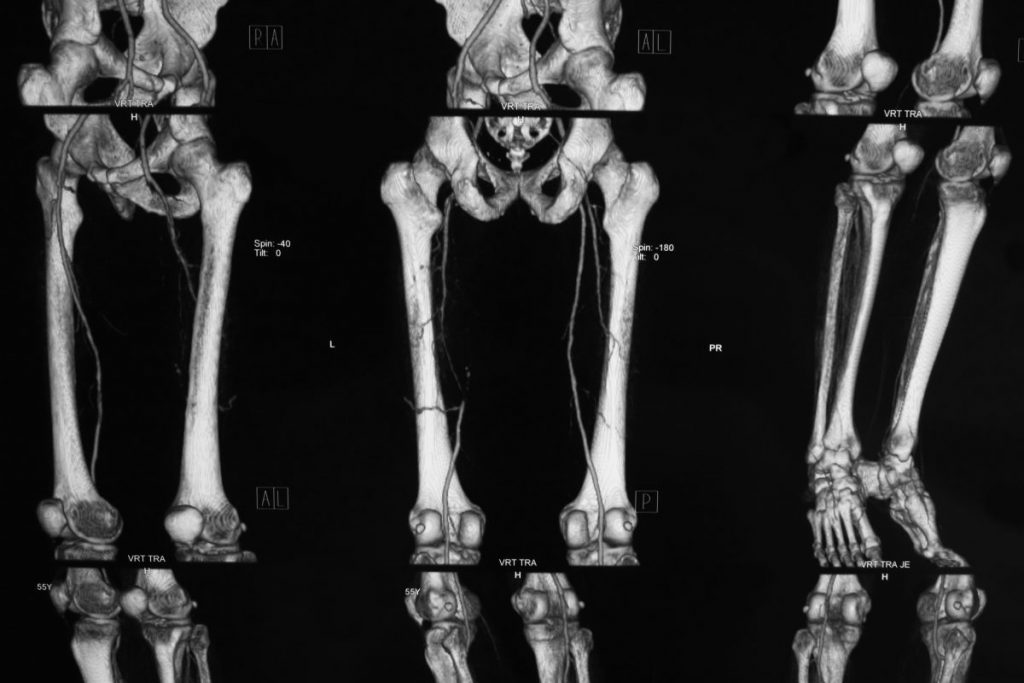 The Function of the Femur

As the only bone in the upper leg, the femur plays an essential role as the point of attachment for the muscles between the hip and knee joint. Twenty-three individual muscles originate from or attach to the femur. Humans also rely on the femur for its strength; this bone can resist forces of up to 2,500 pounds -- it is not easy to fracture. 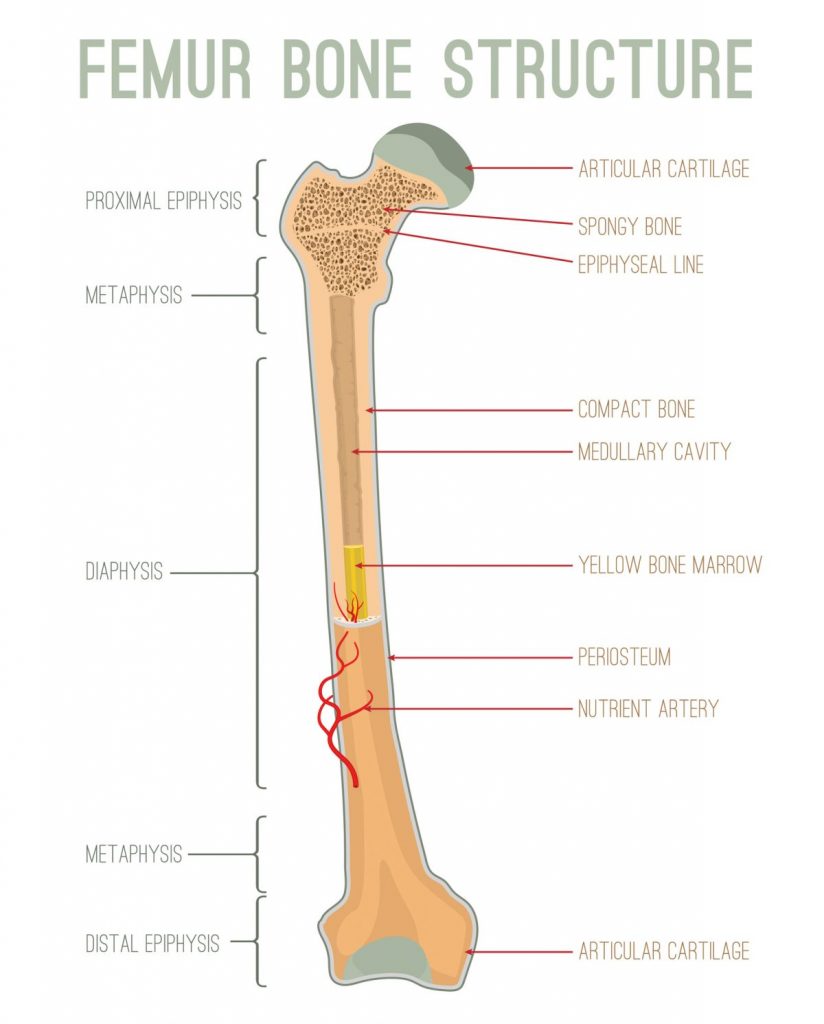 The patella or kneecap is a thick and roughly triangular bone that forms the center of the knee and is mainly covered with cartilage — some of the thickest layers of cartilage in the body. When functioning, the sides of the patella fit neatly into grooves of the femur; cartilage protects both bones from the associated friction. 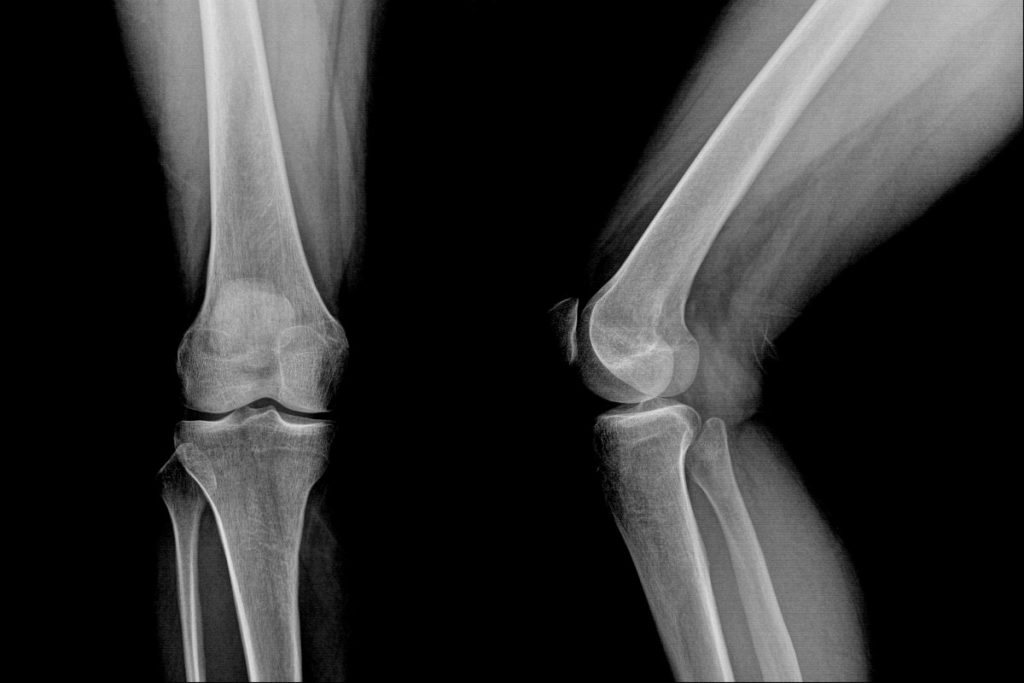 The Function of the Patella

The patella plays a primary role in how the knee bends, as well as most other motions that require leg movement. Injury to the patella or any associated ligaments usually causes difficulty walking or performing other athletic activities like running, jumping, or riding a bike. Also, injuries that prevent the patella from sliding into the grooves of the femur result in loss of function until medical practitioners correct the injury, and the area can heal. 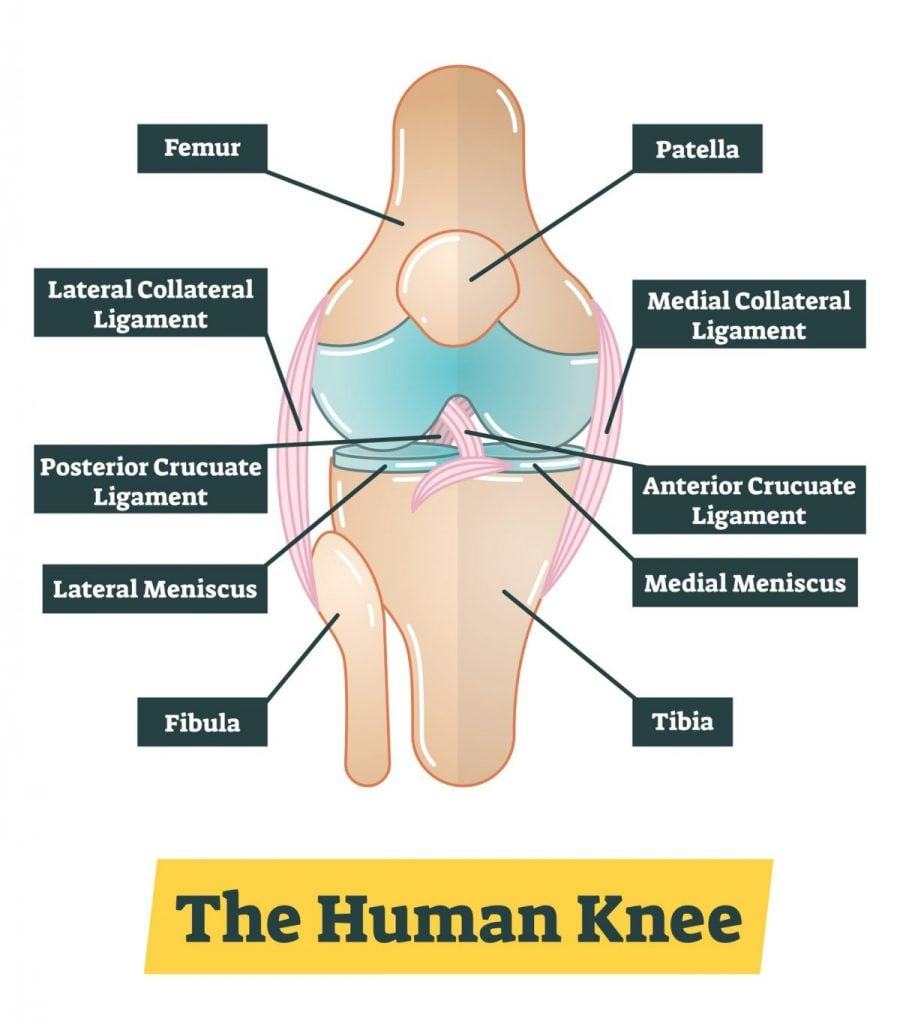 The tibia is also called the shinbone and sometimes the shank bone. It is in line directly below the femur and patella and connects the knee with the ankle. The second-longest bone in the body, after the femur, the tibia is also one of the strongest; it supports the weight of the body during activities like walking and running. 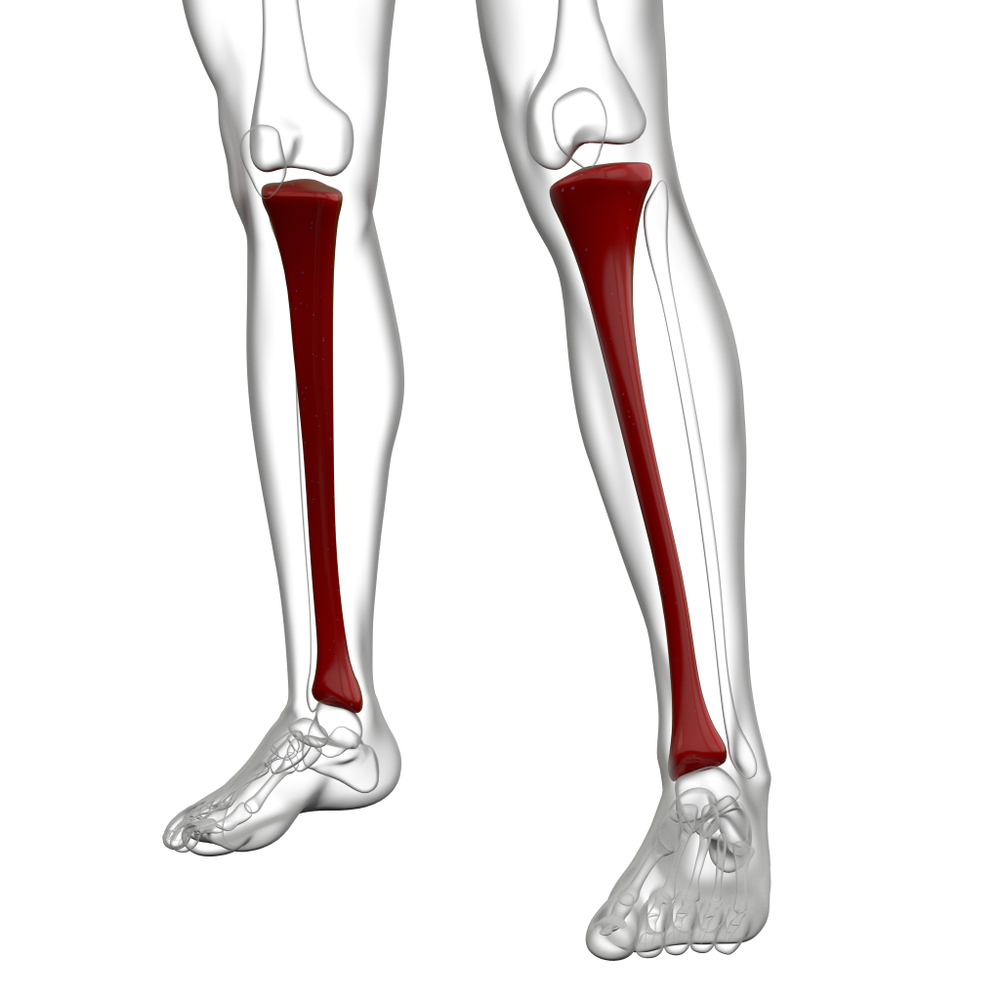 The Function of the Tibia

The tibia is the main point of attachment for muscles of the lower leg, including the tibialis anterior, soleus, sartorius, and others. It is larger than the nearby fibula, and the two work together to stabilize the ankle. 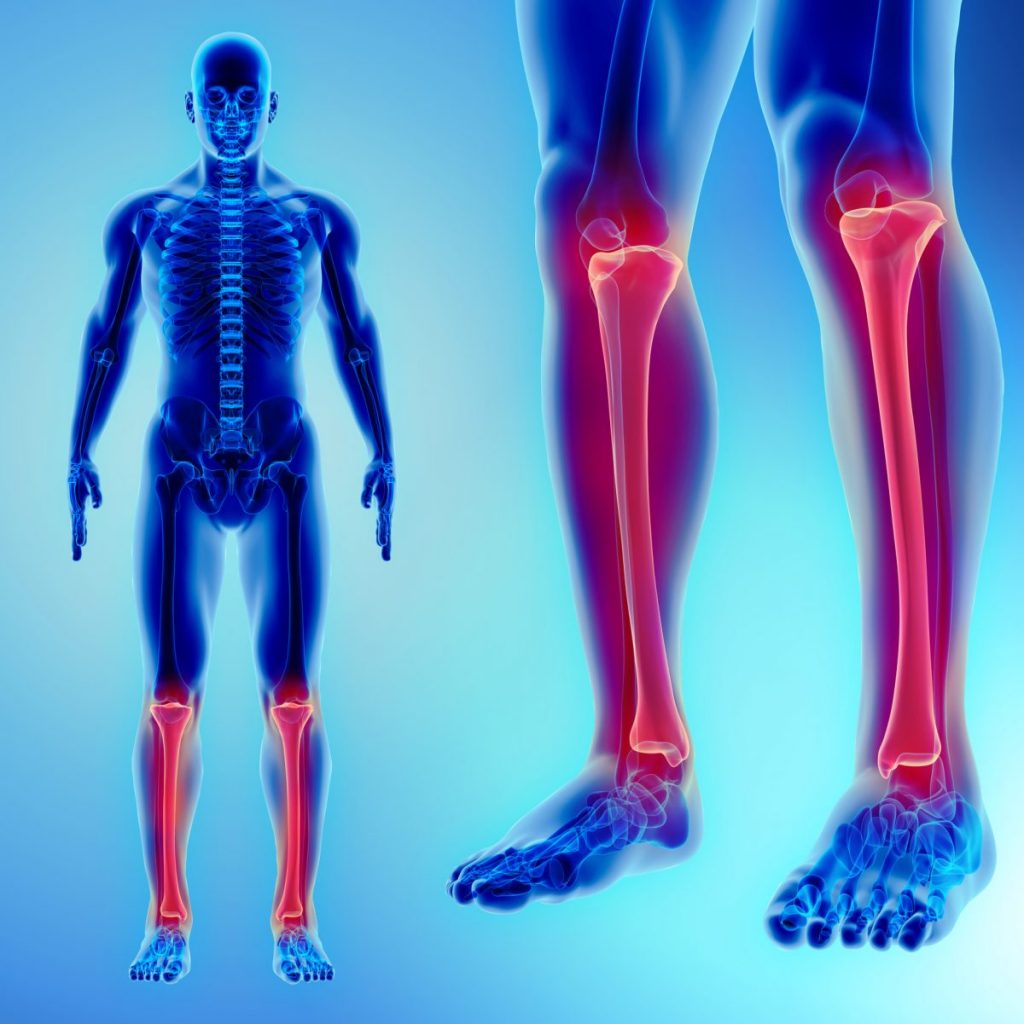 Situated on the lateral side of the tibia, is the slenderest of the leg bones. It stretches in length from the top of the tibia (but does not form part of the kneecap) down to the ankle, where it makes up part of the ankle joint. Unlike the tibia, femur, and patella, the fibula is not a structural bone, which means is purpose is not primarily to support weight. 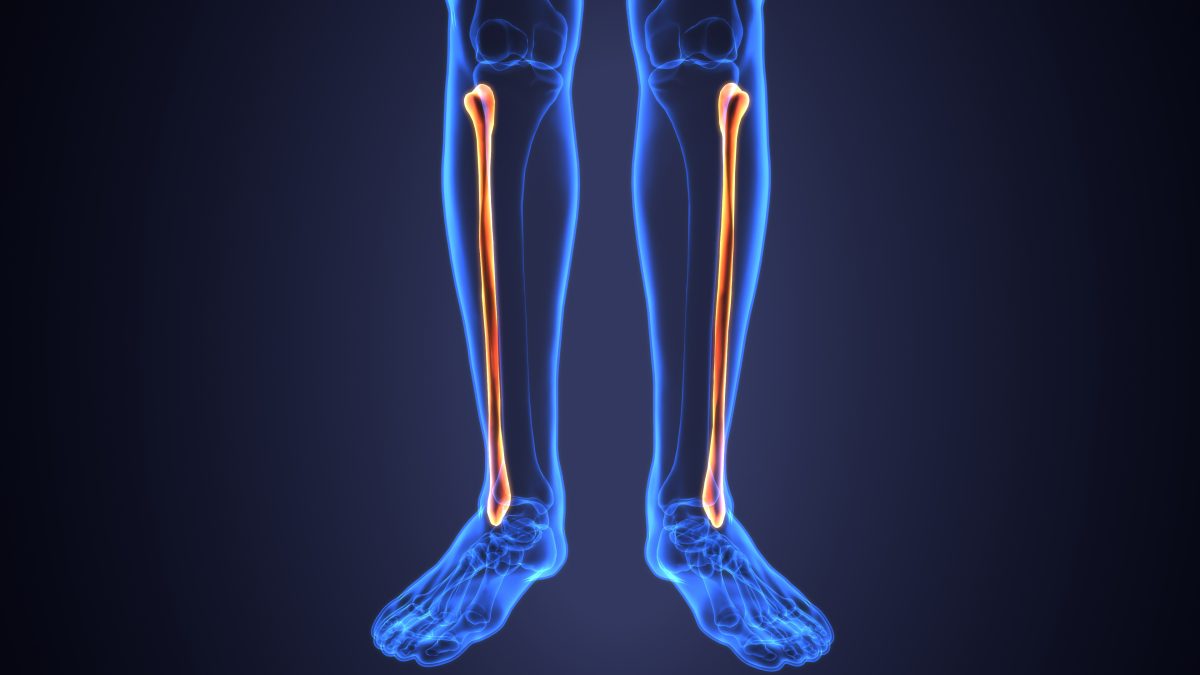 The Function of the Fibula

While we do not use the fibula to support body weight, the bone is no less instrumental in support and movement. It redirects the force from the ligaments to the joints, where weight can be better endured. The fibula also helps support stability in movement and forms a hub for attachment of the soleus, fibularis tertius, and fibularis longus muscles. 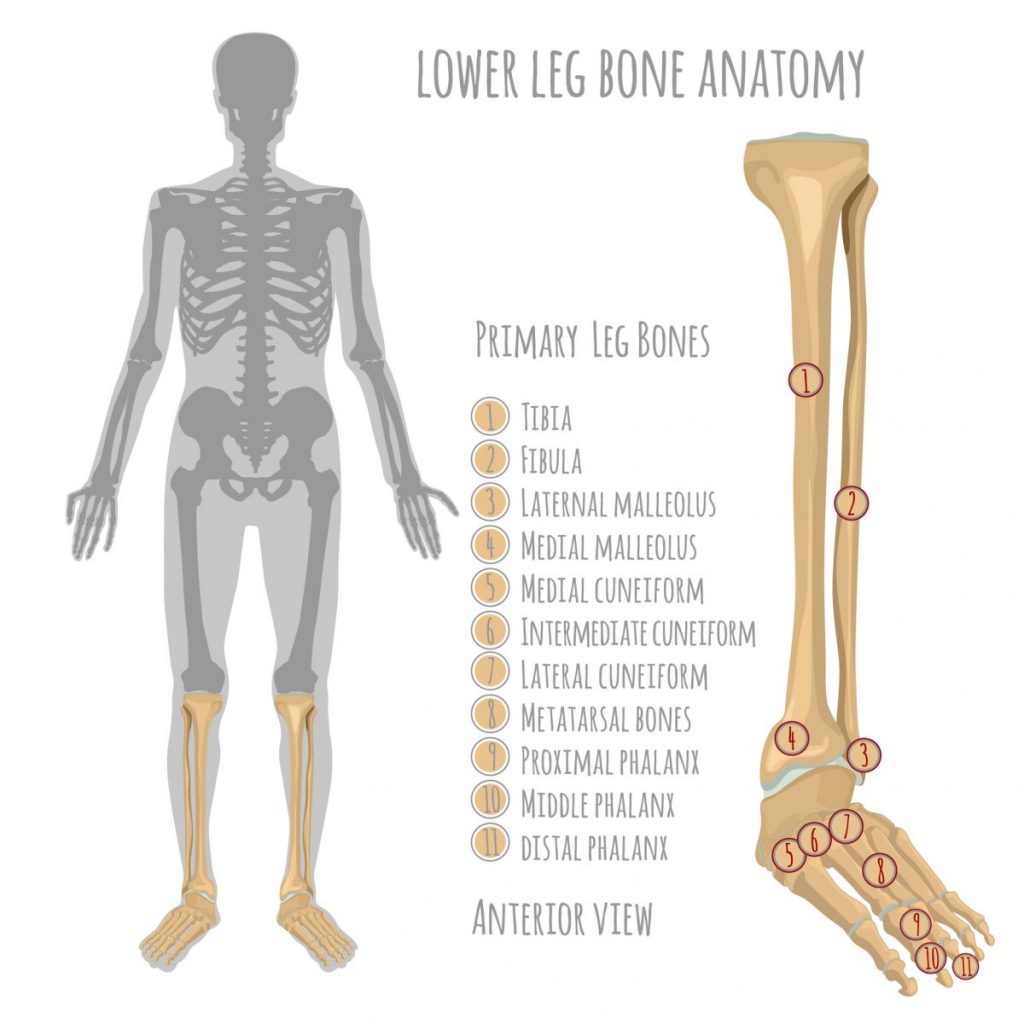 The ankle is where the leg and foot meet. The main bones forming the ankle are the tibia and fibula, which are part of the leg, and the talus, which is part of the foot. During movement, the tibia bears the bulk of the weight to a much greater extent than the fibula or talus. Ligaments and tendons also work together to support ankle functionality. 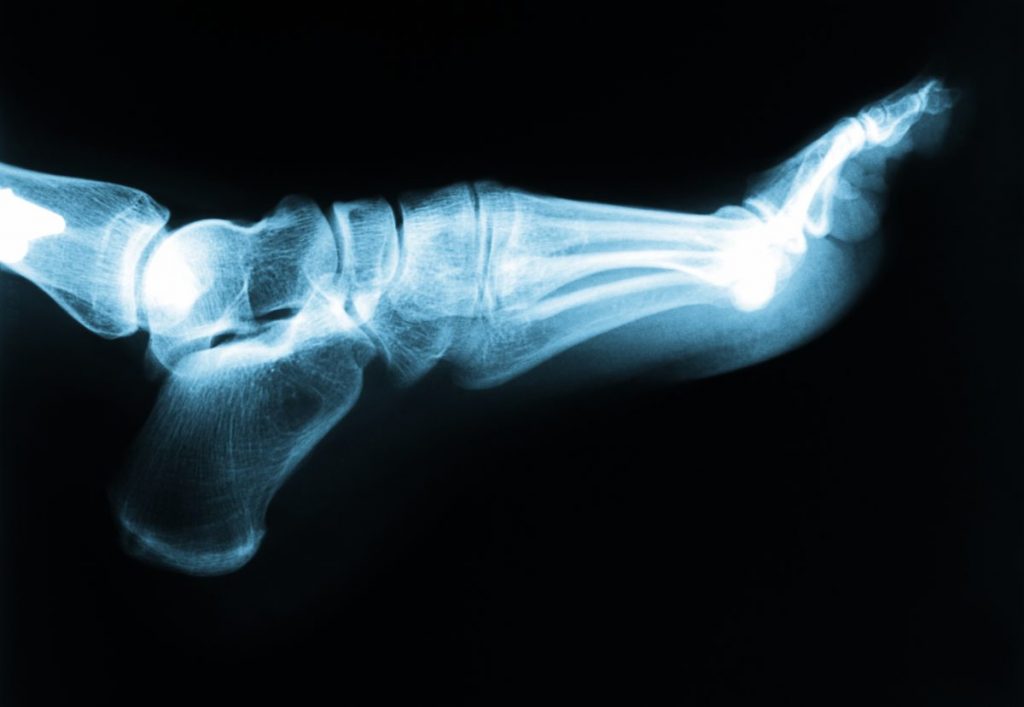 The Function of the Ankle

The ankle plays an essential role in locomotion. This is all too obvious to people who suffer ankle sprains and temporarily lose their ability to perform normal, everyday activities like walking or even standing. Not only does the ankle support activities that require movement, but it also contributes to the stability of the lower limb.