All About the Meniscus

The meniscus is a unique fibrocartilaginous structure with a crescent or sickle shape. There are many menisci in the body, though people most often use the term to refer to the lateral and medial menisci in the knee joints. Each meniscus varies slightly from the others in shape, size, or structure. The name comes from an Ancient Greek word meaning "crescent," and some medical texts refer to the menisci as "semilunar cartilages."

Other than those in the knees, the menisci are only rarely medically or clinically significant. The main joints with menisci are the knees and wrists, though many smaller joints have them as well: 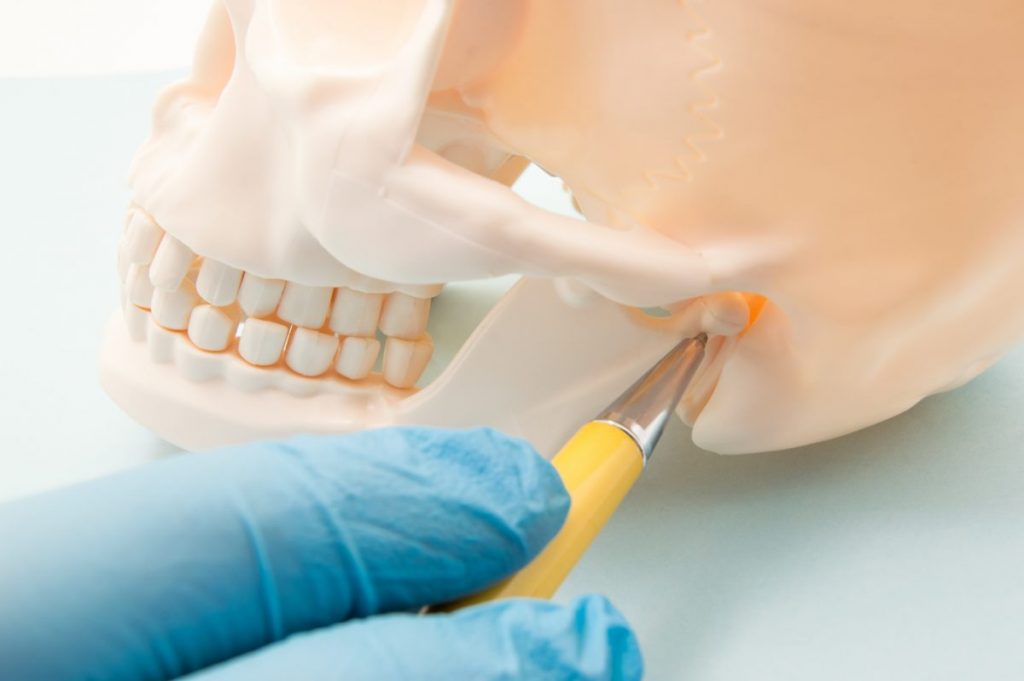 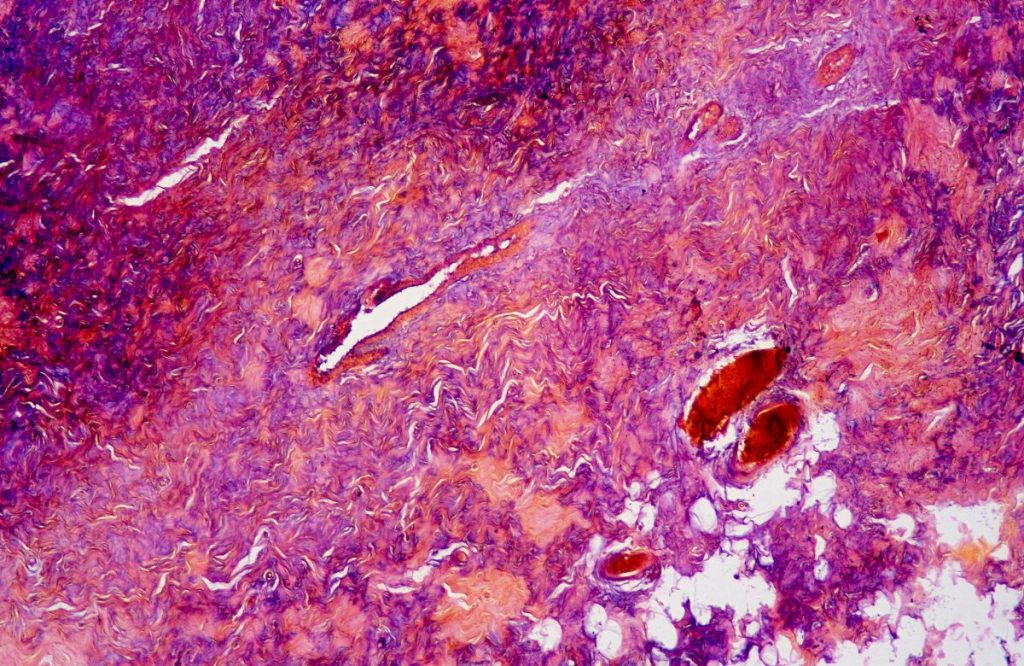 Each meniscus has a specific structure, though there may be slight variations depending on their location. The knee menisci have two ends that attach to the tibia and two borders: one thick and convex and the other thin and concave with no attachments. Both menisci have a concave upper surface and a flat lower surface. 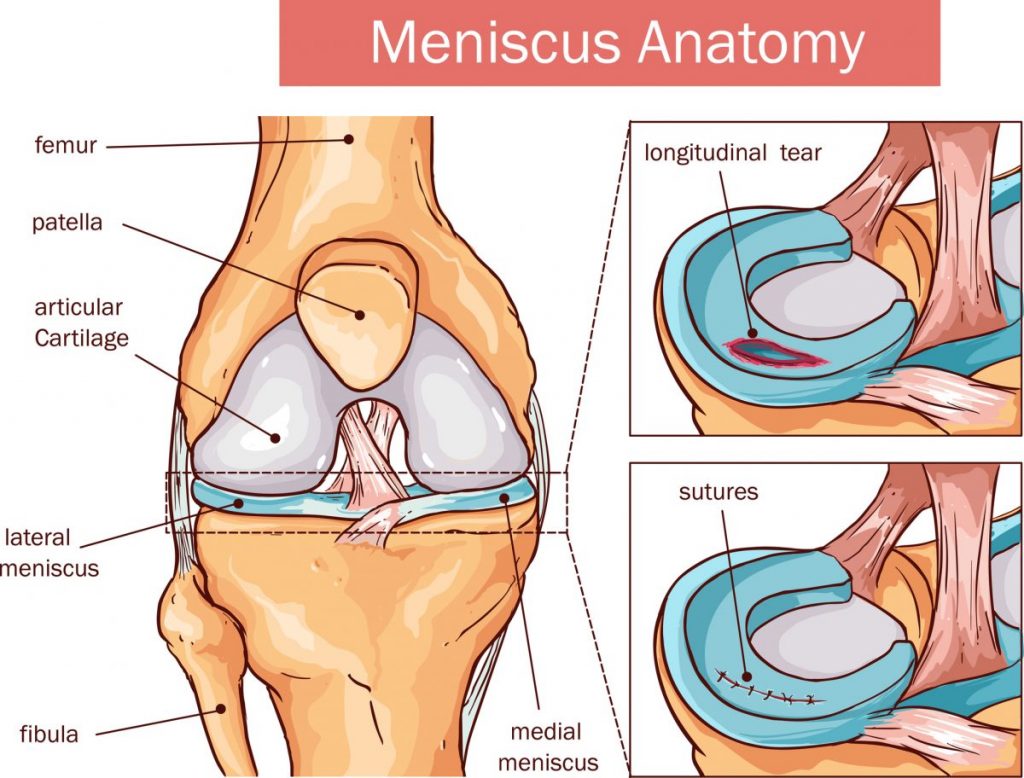 When speaking about the menisci, most medical professionals are referring specifically to one of the two menisci in the knee joint. The medial meniscus sits in the middle of the knee joint, between the medial condyle of the tibia and the medial condyle of the femur. Condyles are small, round projections on the end of the bones. The medial meniscus has a few attachments. It connects to the tibia using coronary ligaments. It also attaches to the anterior and posterior intercondyloid fossae of the tibia. Finally, it fuses to the tibial collateral ligament, which significantly hampers the meniscus’ mobility. 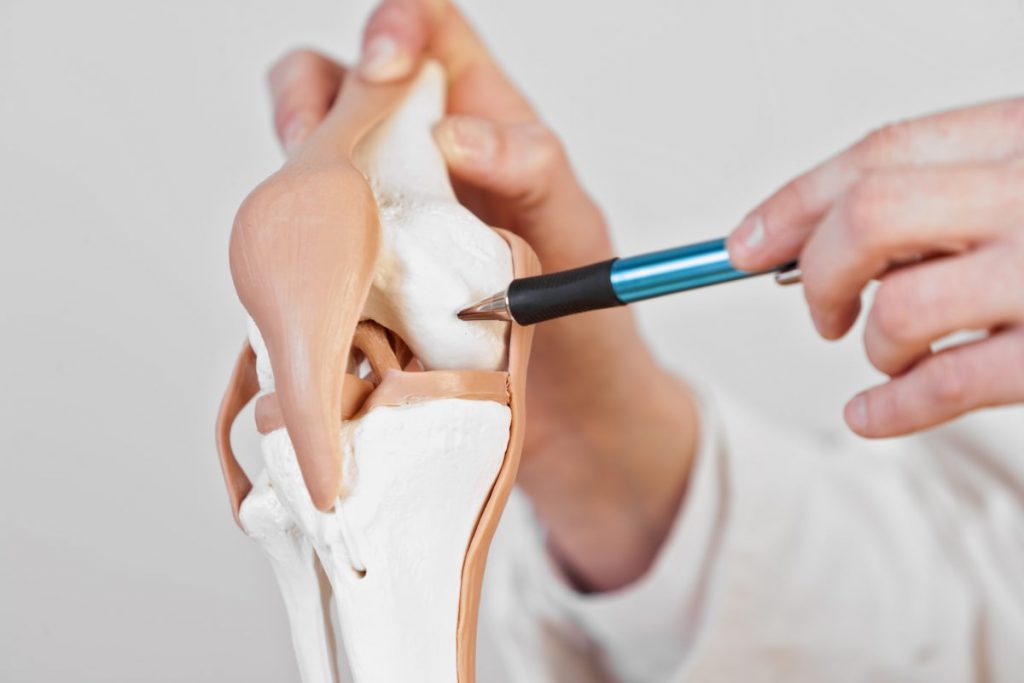 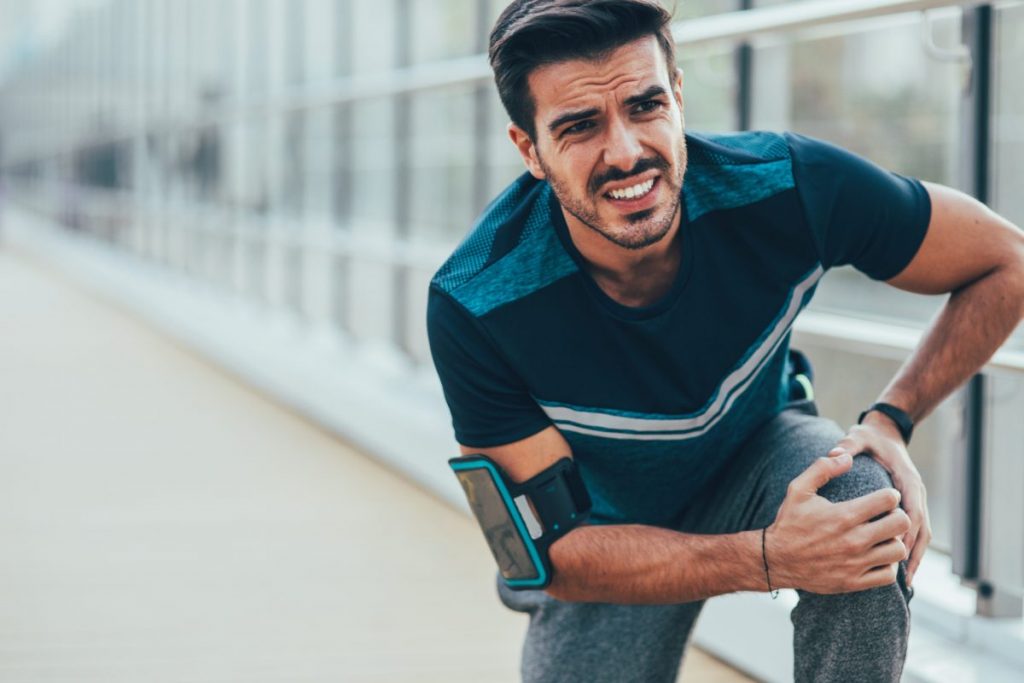 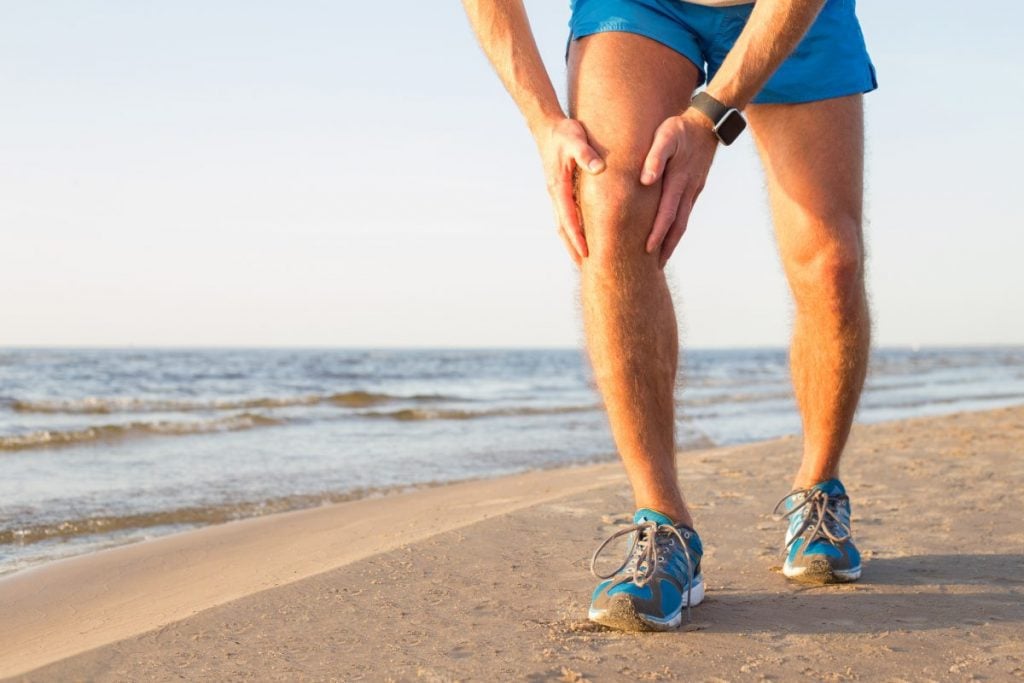 Menisci have extremely high water content. In fact, 72% of the structure’s weight is water, while the remaining percentage is organic matter, three-quarters of which is collagen. Though the menisci have both type I and type II collagen, type I makes up 80% of this substance. 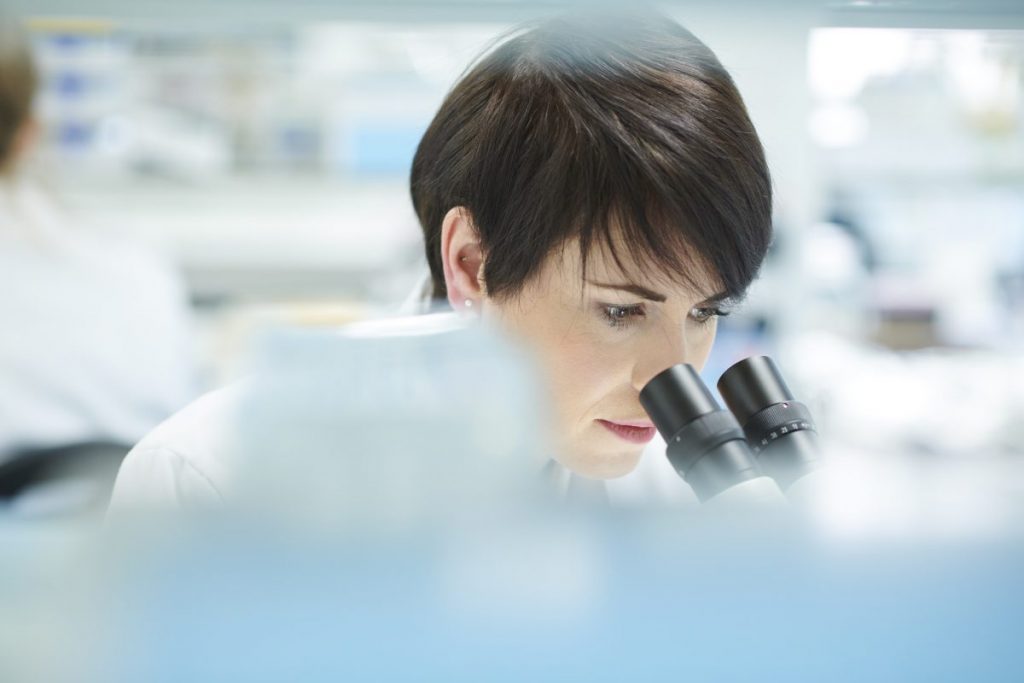 The menisci require vascular supply like most structures in the body. In the first year of development, each meniscus contains its own network of blood vessels that connect predominantly to the inferior and superior lateral and medial genicular arteries. However, when the knees need to start bearing weight, this circulatory network begins to diminish. By age 40, only the outer sections of the meniscus remain vascular. The center depends on fluid diffusion for nutrition. Because of this, the central portion of the meniscus either fails to heal or does not heal completely after an injury. 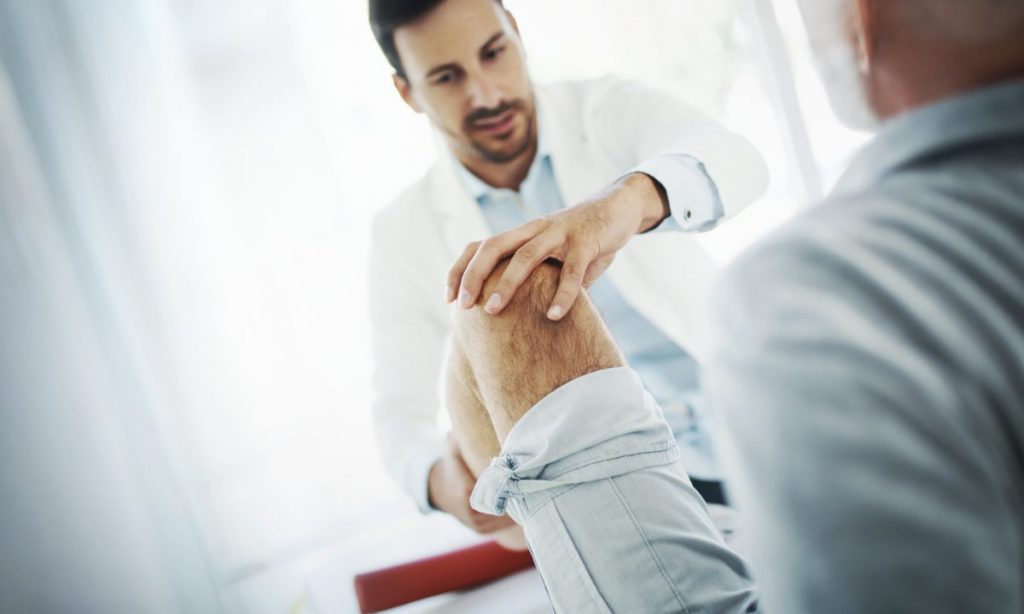 Tearing is the most common injury that affects the meniscus. In the knee, this is usually due to an unnatural twisting motion. Though the trauma is usually sudden, a slow twisting force can also cause a tear. In some cases, degeneration due to age or another mechanism can weaken the meniscus and lead to injury. Symptoms of a torn meniscus include knee pain and swelling. In some cases, the knee locks and injured individuals cannot straighten their legs. 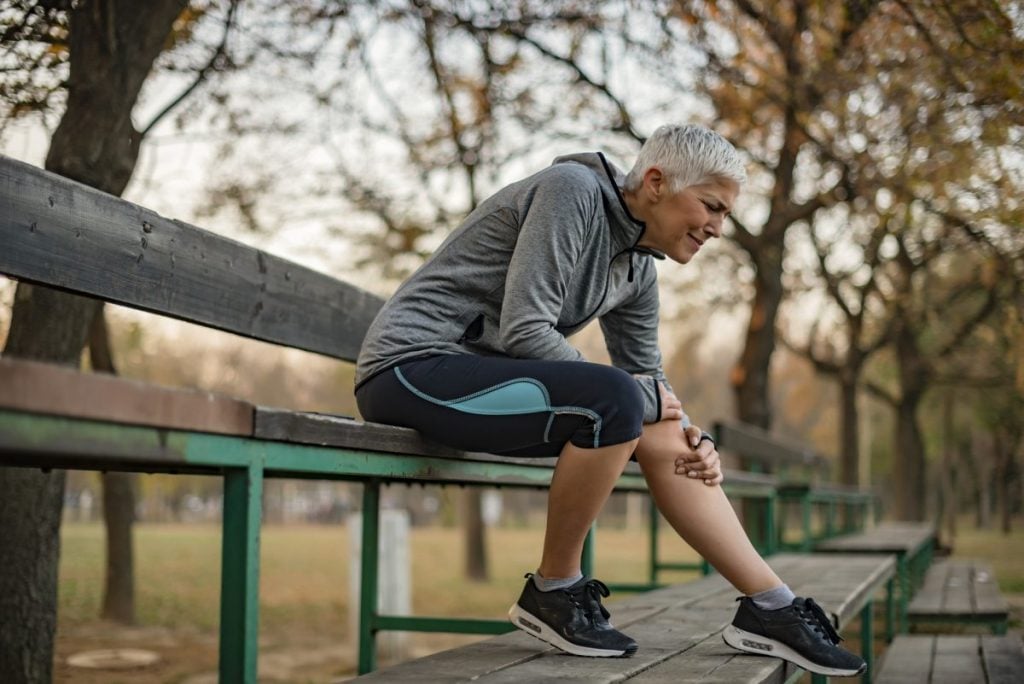 A doctor can diagnose a meniscus tear in many ways. In most cases, physicians employ diagnostic imaging such as x-rays or magnetic resonance imaging (MRI). Doctors may also observe the joint to find at least three of the following symptoms: 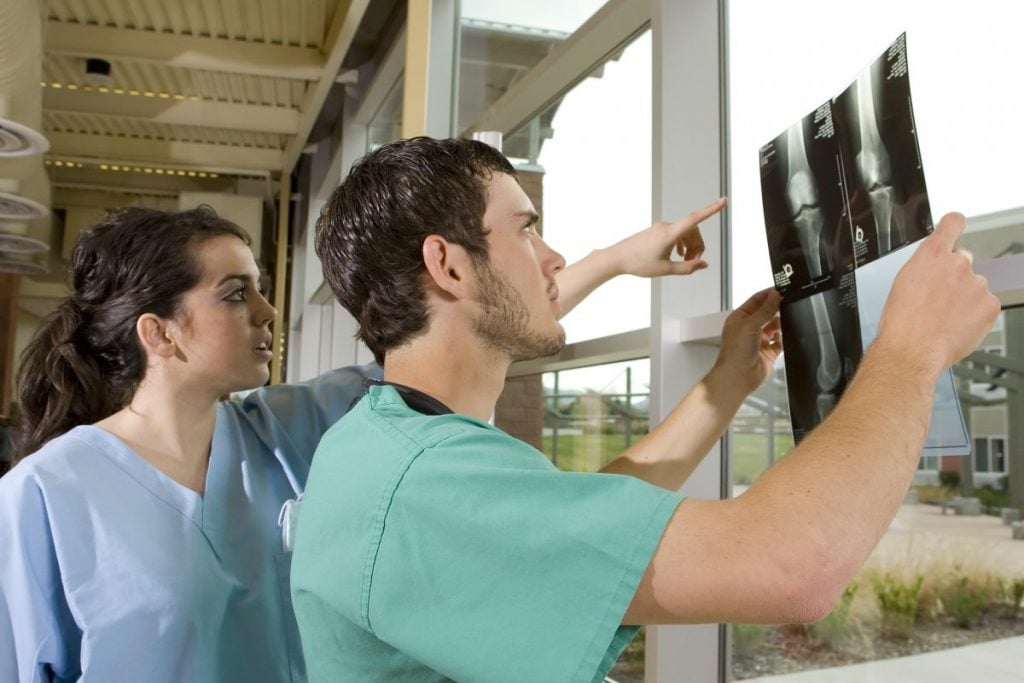