Most women consider the second trimester a turning point in their pregnancy. After weeks of nausea and exhaustion from adjusting to rapid hormone changes, these reactions typically calm down. For most women, energy levels return and they begin feeling their baby move. The baby is not yet big enough to cause extreme discomfort; however, rapid growth means the mother can expect weight gain and maternity clothes.

Most women get some relief in the second trimester. A lot of early pregnancy symptoms, like morning sickness, exhaustion, and breast tenderness, begin to recede. The improvements are most likely due to the mother adjusting to the increasing hormones. Possible new symptoms include nasal congestion, bleeding gums, and nose bleeds as mucous membranes become affected by pregnancy hormones. Some women notice varicose veins and changes to skin pigmentation, particularly on the face and abdomen. 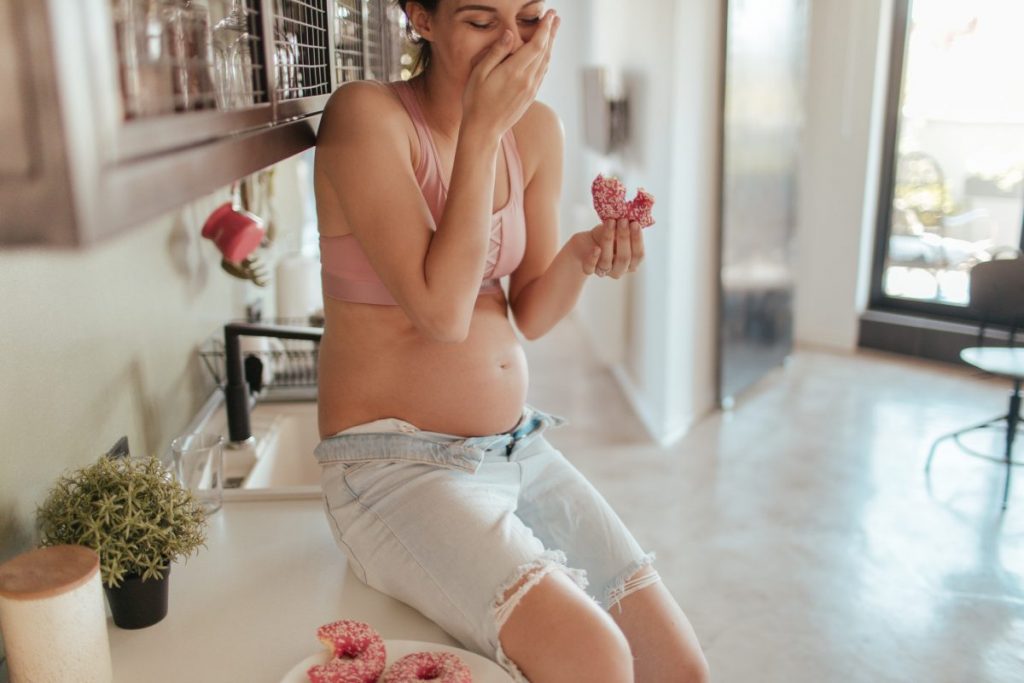 A woman's appetite may increase during the second trimester because nausea has begun to subside and the growing fetus requires more energy. At this time, the mother may develop the cravings for which pregnancy is so well known, as well. Usually, women begin showing by 20 weeks, when the uterus reaches the height of the belly button. Distinct movements of the baby can be felt around this time, as well. 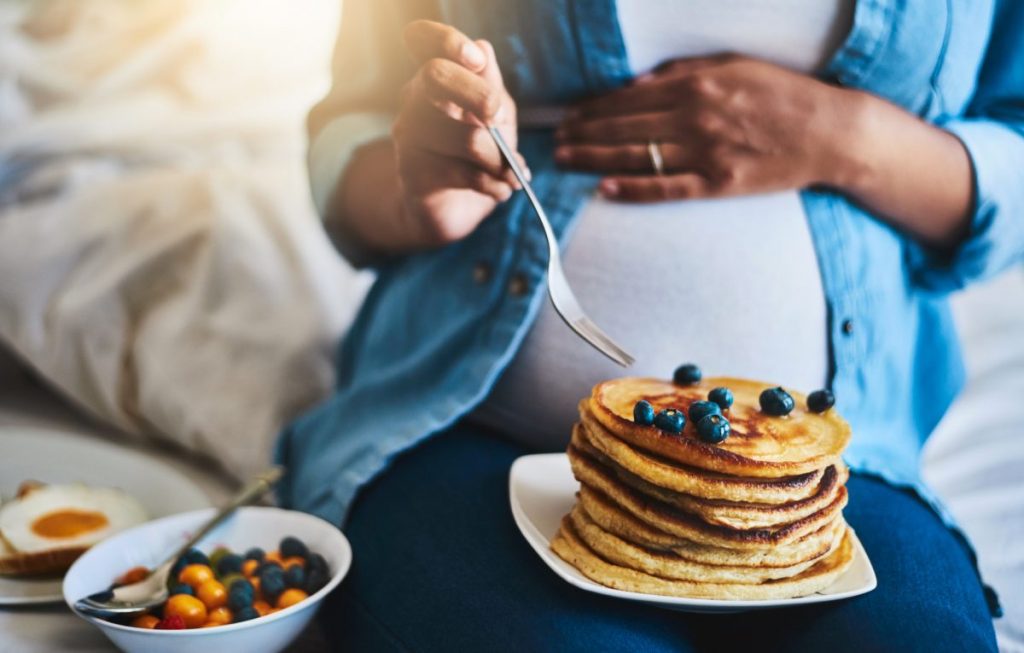 Effects of the Growing Baby on the Mother

The fetus grows a lot during the second trimester. The new pressure it is placing on the bladder and abdomen can result in an increased need to urinate, as well as constipation and acid reflux. The skin on the stomach may start to itch as it grows and stretches and ligaments in the lower abdomen may begin to ache as they accommodate the growing uterus. The mother may experience lower back pain, as well. 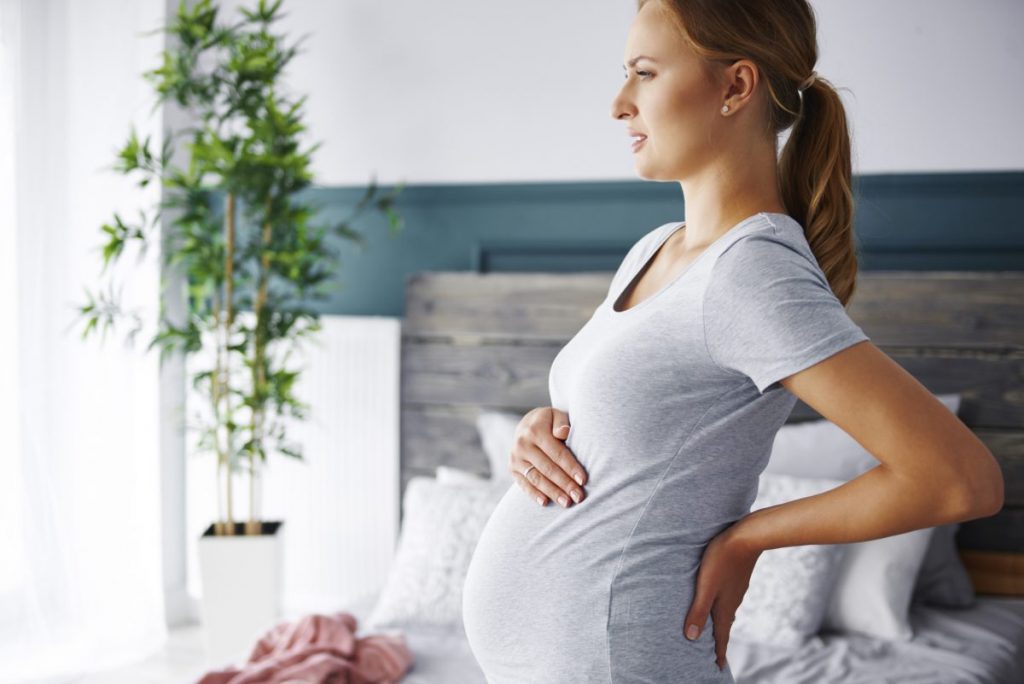 Rapid growth continues in the second trimester. The fetus grows from about an inch long to roughly 16 inches by the end of week 28 and weighs between two and three pounds. Movement increases, as the fetus can now turn from side to side and kick. The fingers and toes are no longer webbed and fingerprints and toeprints are visible. Vernix, a creamy white substance, develops to protect the baby's delicate skin, which is wrinkly and red at this point, covered in soft hair called lanugo. Eyelids start to open, and eyebrows and eyelashes grow. Hair may also start to grow on the head. 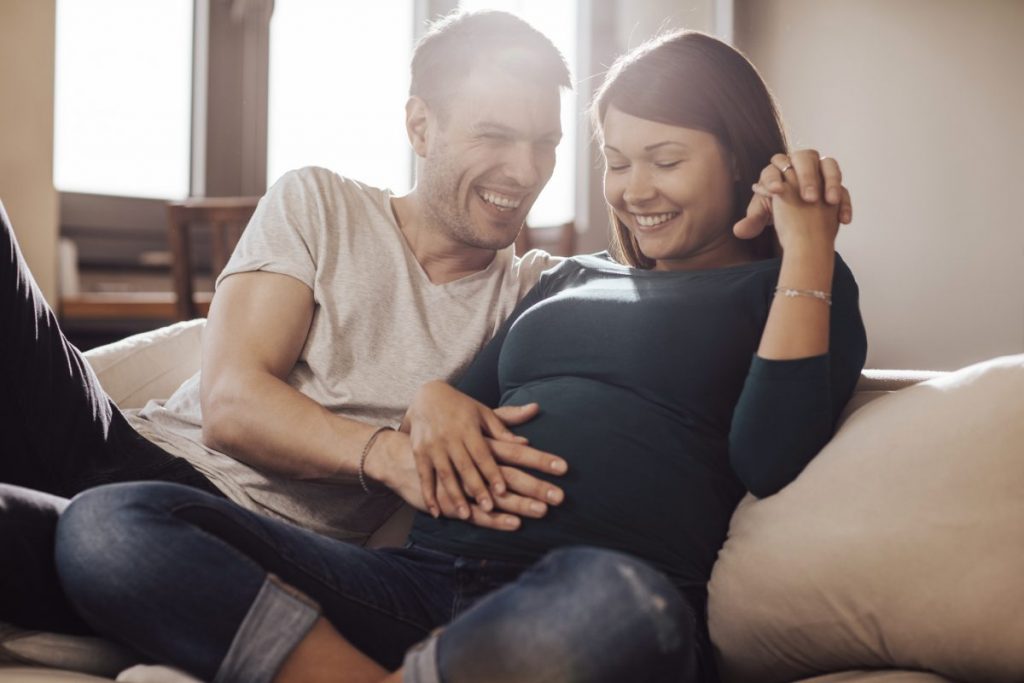 The most important period of brain development starts during the second trimester, around the fifth month of pregnancy. Swallowing and sucking reflexes develop, and the fetus can respond to some stimuli. The eyes and ears move into their proper positions, and the baby begins to hear its mother's voice. 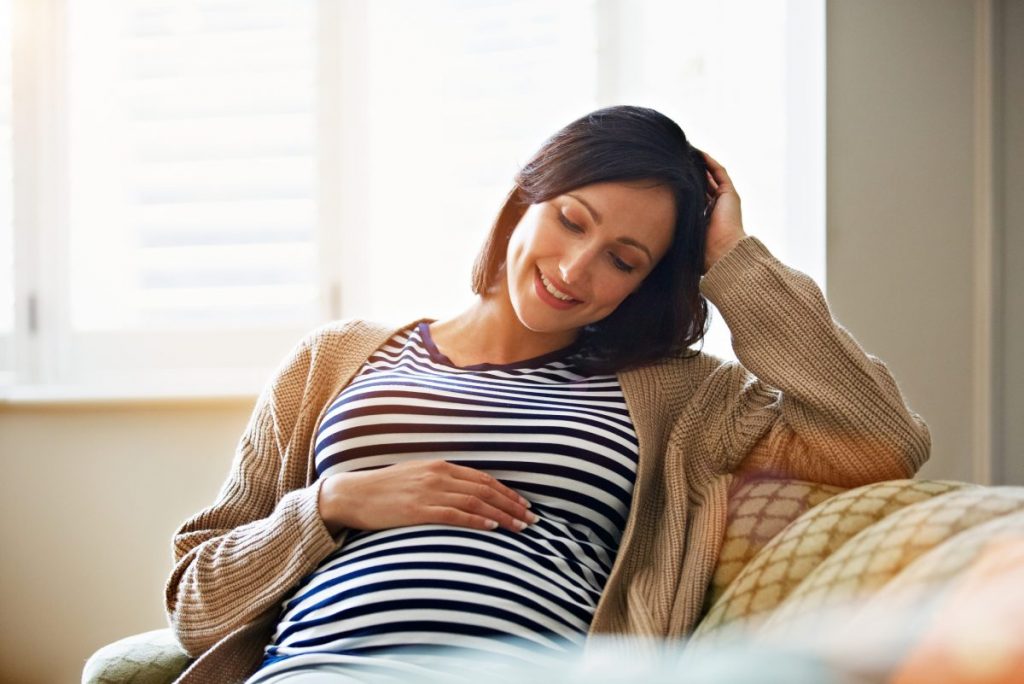 Depending on the age of the mother and family history, the doctor may offer screening tests between weeks 15 and 20. These tests can check for conditions such as spina bifida, or chromosomal abnormalities for trisomy 18 and Down syndrome. If the pregnancy is considered high-risk, amniocentesis, taking a sample of amniotic fluid for testing, can provide more conclusive results. If the tests are inconclusive, doctors may do percutaneous umbilical blood sampling as well. This involves testing a sample of fetal blood from the umbilical vein. 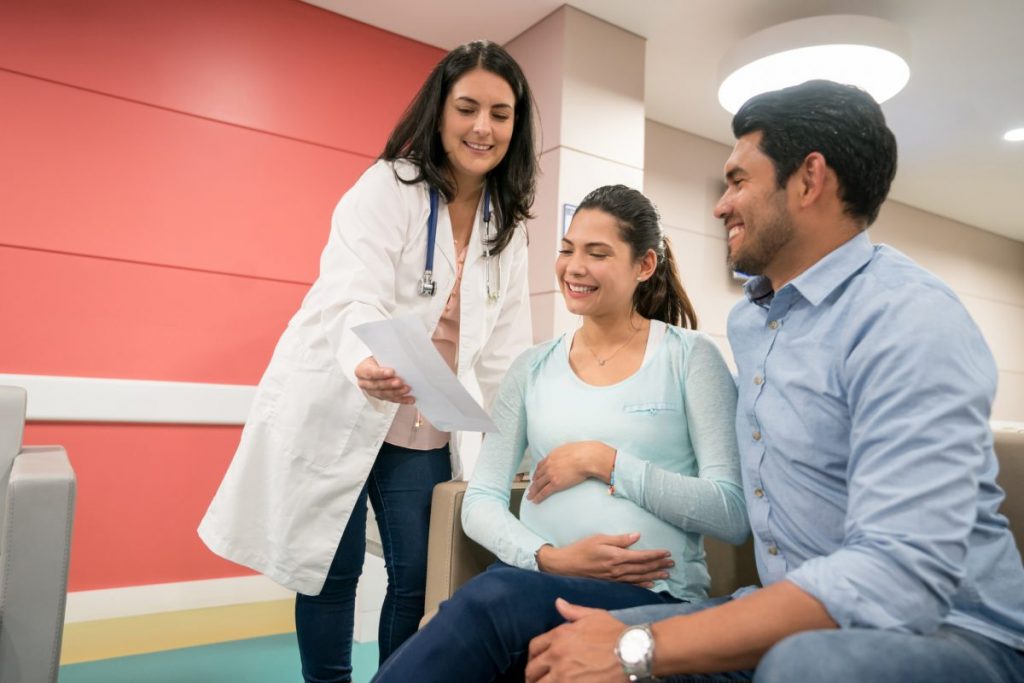 Doctors will usually do an extensive ultrasound between 18 and 20 weeks. This is a safe, painless imaging process that allows the doctor to examine the baby's development and positioning in the womb. Anatomy is studied to make sure the baby is healthy. The doctor may also be able to tell the parents the sex of their baby at this time. High-risk pregnancies or any fetal physical anomalies may require multiple ultrasounds during the second trimester. 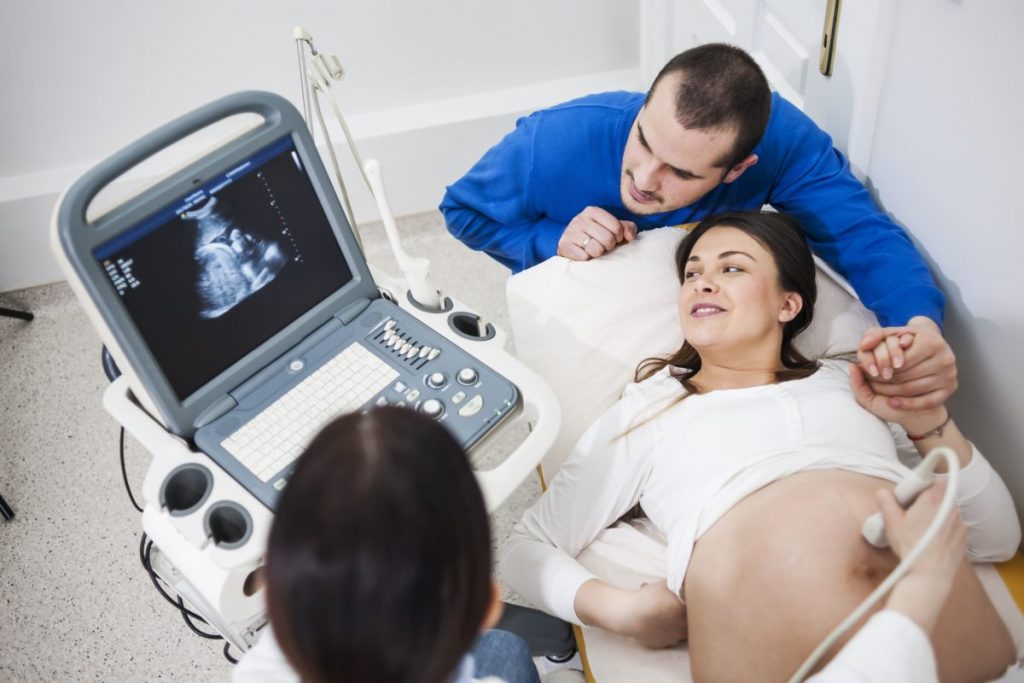 A glucose screening between 24 and 28 weeks checks for signs of gestational diabetes, which develops in some women during pregnancy. Though it usually resolves after birth, it can lead to complications and health problems for the baby. The screening requires a blood glucose level check an hour after the mother drinks a sugary liquid. Older mothers or those with a family history of diabetes are at risk for developing gestational diabetes. 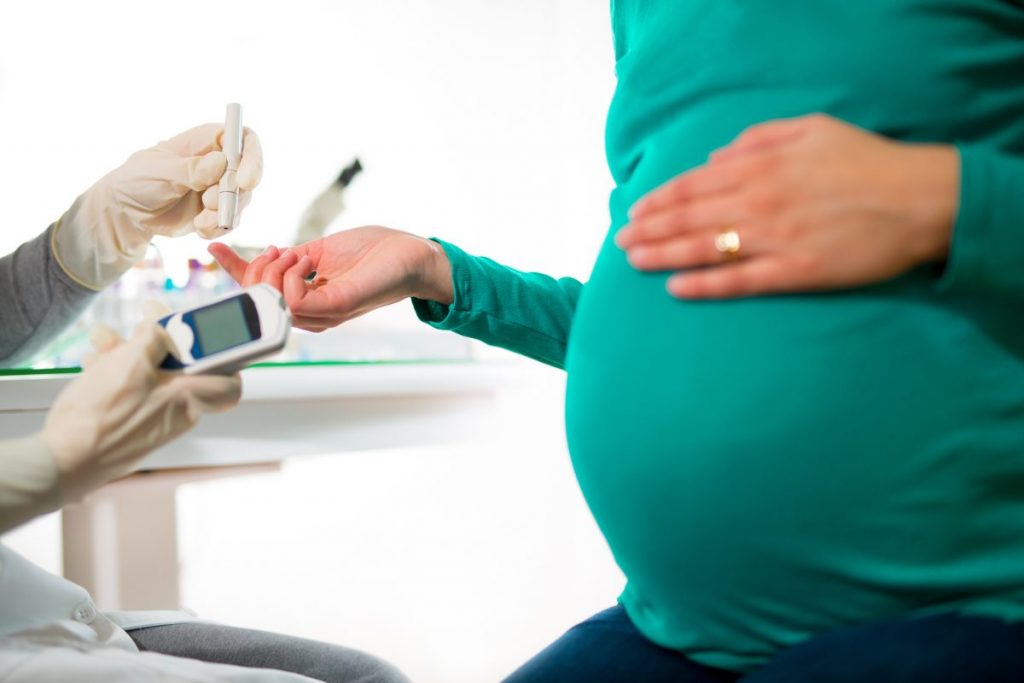 Prenatal appointments continue to focus on monitoring fetal growth and checking for health problems. Doctors assess fundal height, or the distance to the top of the uterus, to determine if the baby is growing properly. They also check weight and blood pressure at every appointment and collect urine samples to test for protein and glucose. The doctor may also use a doppler to listen to the baby's heartbeat. 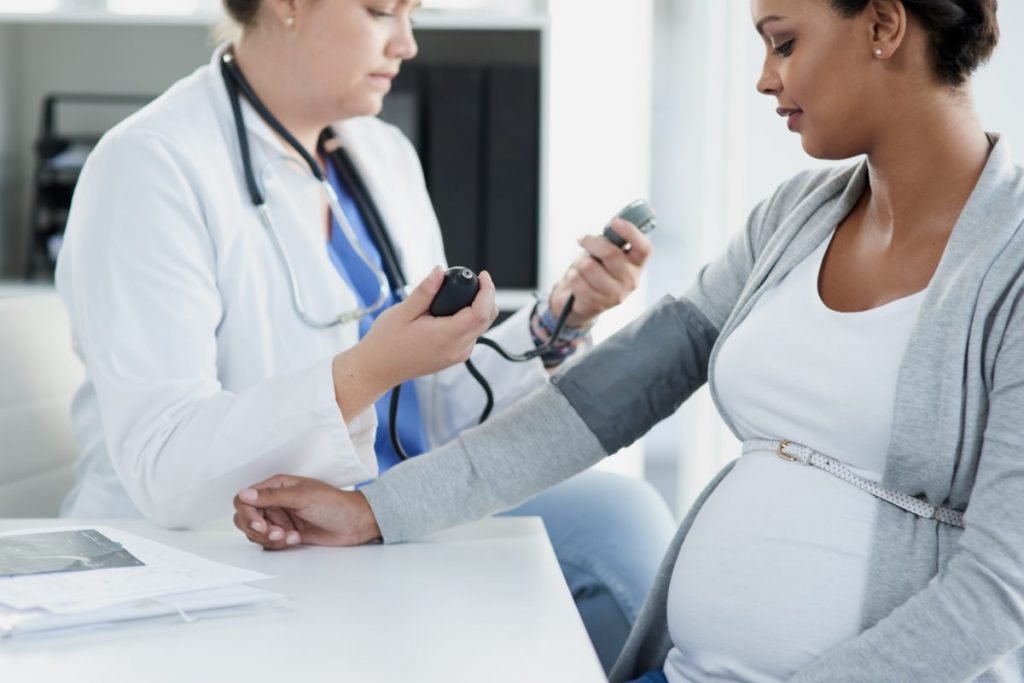 Because a lot of women start to feel better in the second trimester, this is a good time to start making preparations for birth. Mothers and fathers may tour the hospital where birth will take place, take childbirth classes, learn about breastfeeding, and find a pediatrician. This is also a good time to apply for maternity leave from work and search for childcare if necessary. 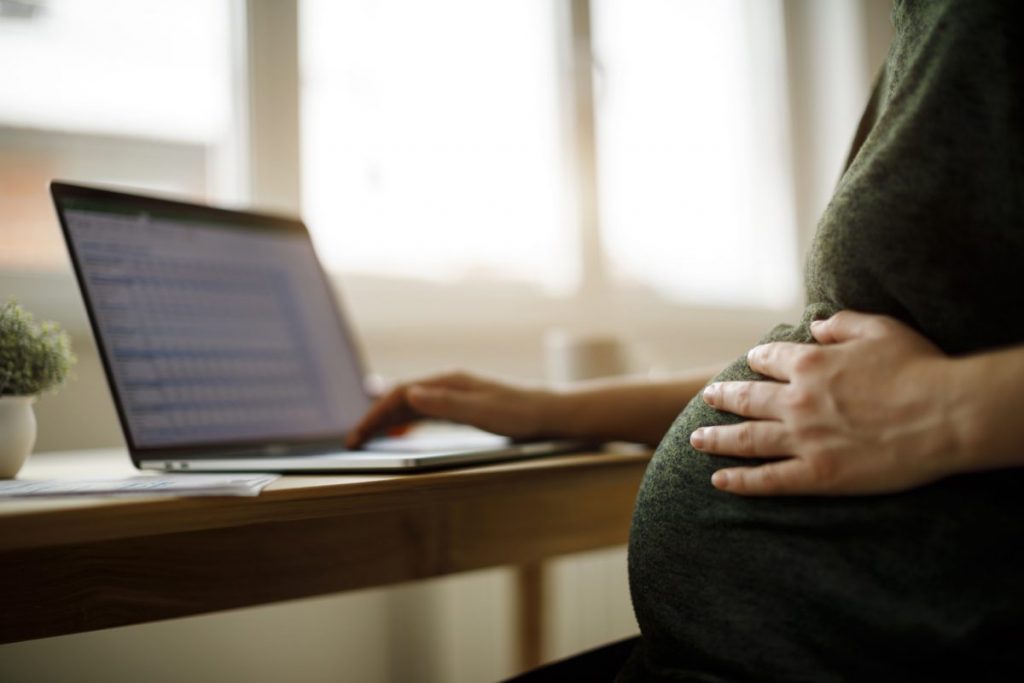