The Process of Meiosis and Its Effects

Meiosis is a special type of cell division. Its sole purpose in humans is creating gametes — sex cells like sperm and eggs. The ultimate goal of this process is to form daughter cells that have exactly half as many chromosomes as the initial cell.

One of the most important parts of meiosis to understand is how it's distinct from the similar reproductive process of mitosis. Most of the cells in the human body reproduce through mitosis, and the goal is to create a daughter cell that is identical to the initial cell, even in its number of chromosomes. Meiosis, on the other hand, takes a diploid cell — a cell with two sets of chromosomes — and creates haploid cells that have half as many chromosomes. 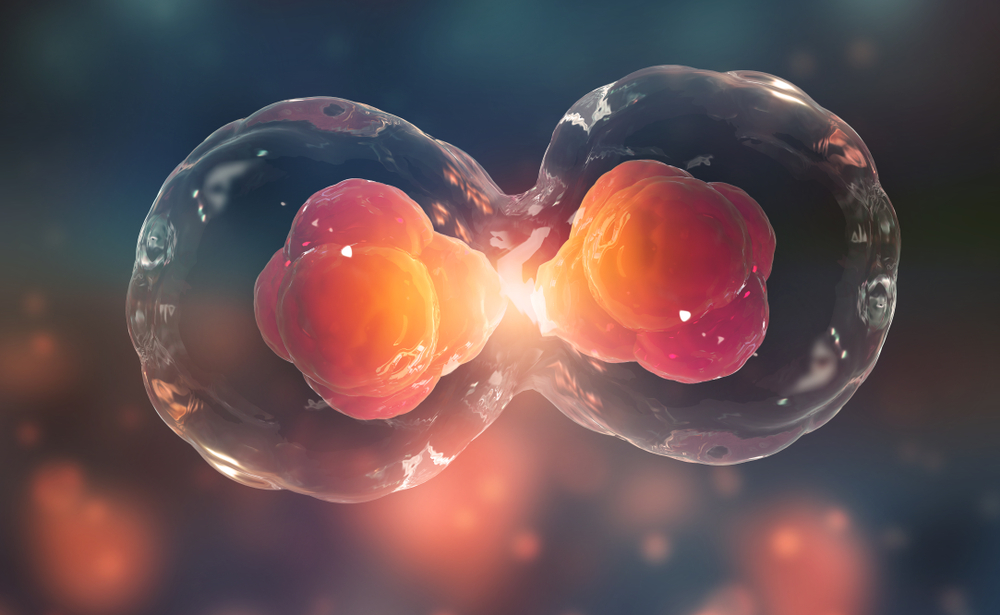 The Importance of Meiosis

Sexual reproduction is essential for the survival of species and the process of meiosis is essential for sexual reproduction. Meiosis reduces chromosome numbers, transforming diploid cells into haploid cells. During this process, it ensures genetic diversity through the mixing and matching of genetic material. This constant creation of diverse genetic combinations grants a species a better chance of survival in a changing world. 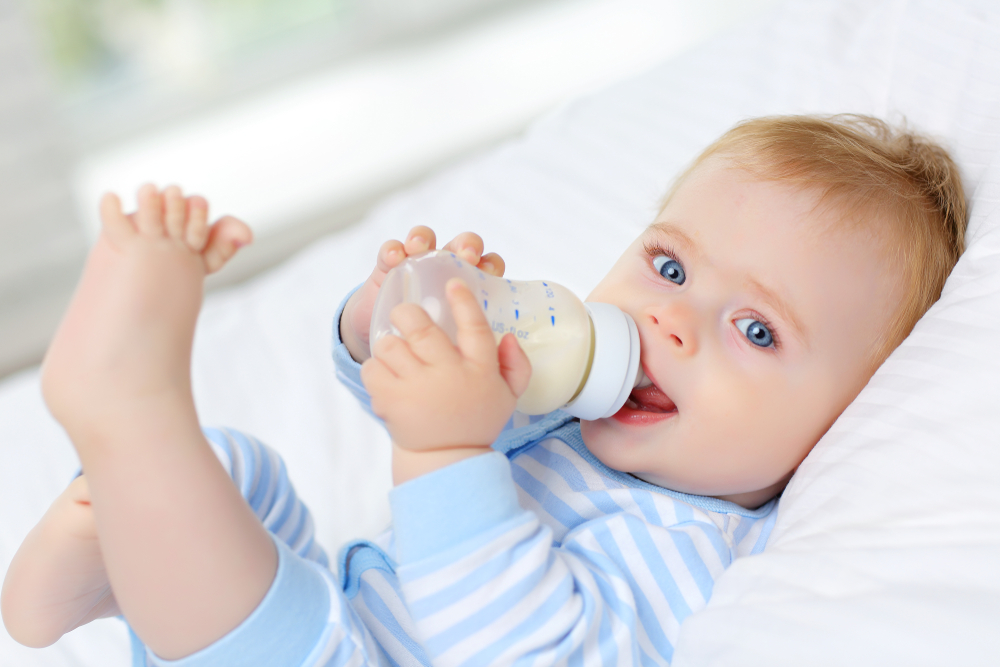 While the gametes that meiosis creates are all haploid, they are not identical. Every gamete has a unique combinationof the genetic material present in the initial cell. Two processes handle most of this.

Crossing over is a function in meiosis where compatible chromosomes trade parts. This happens more or less randomly, contributing to genetic differences. Additionally, the chromosomes have unpredictable orientations during meiosis. In humans, this accounts for over eight million possible types of gametes. 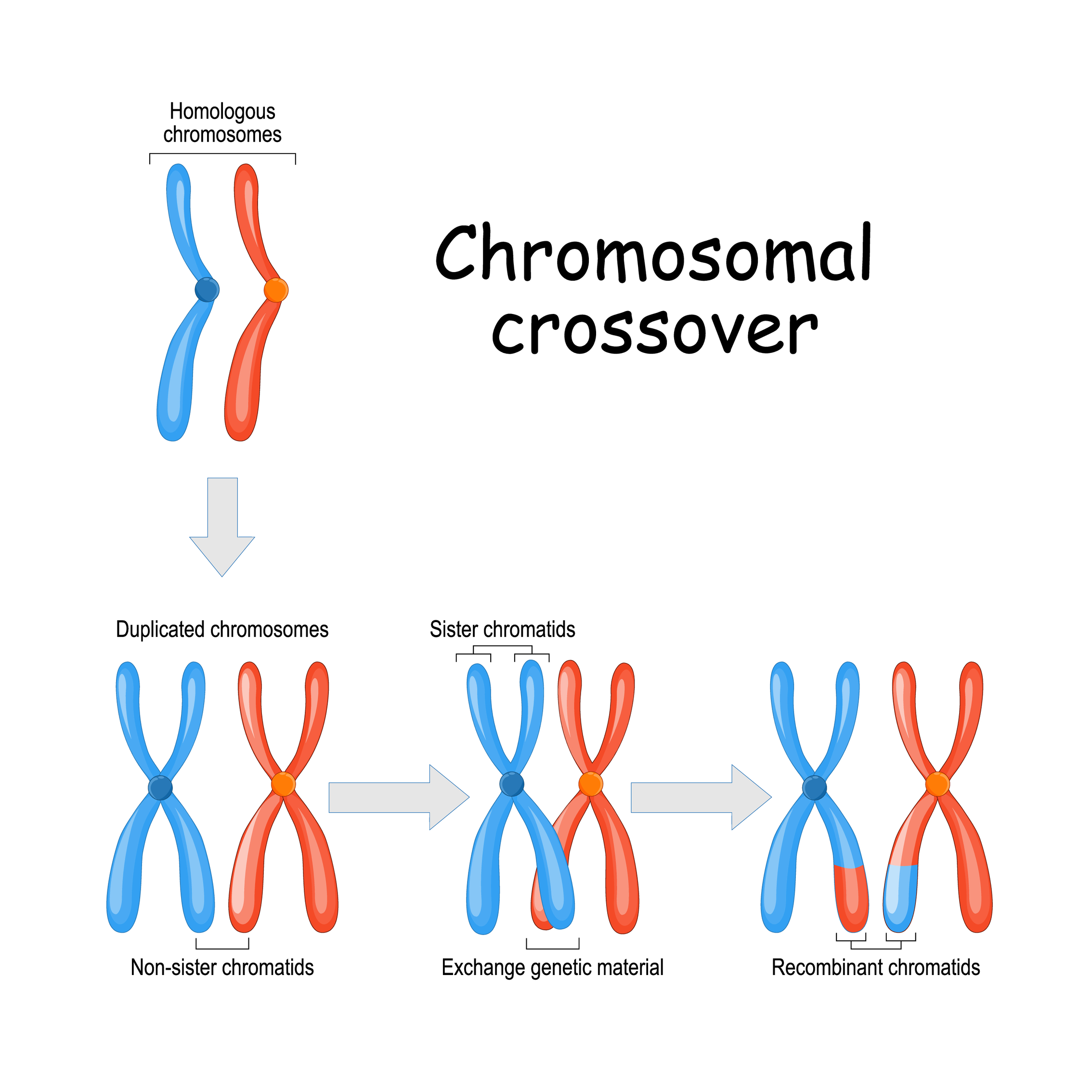 In females, meiosis takes place during oogenesis. In males, it occurs during spermatogenesis. Both processes differ in many ways, but they most notably produce different numbers of gametes. Spermatogenesis yields four sperm cells from each initial cell, while females produce only a single functional egg.

This difference in production reflects the roles of the sex cells. Sperm must be extremely mobile to fertilize the egg. To do this, they carry mostly DNA and little of anything else. Eggs provide the environment and structures necessary for cell division and growth, so they do not need to be as numerous or mobile. 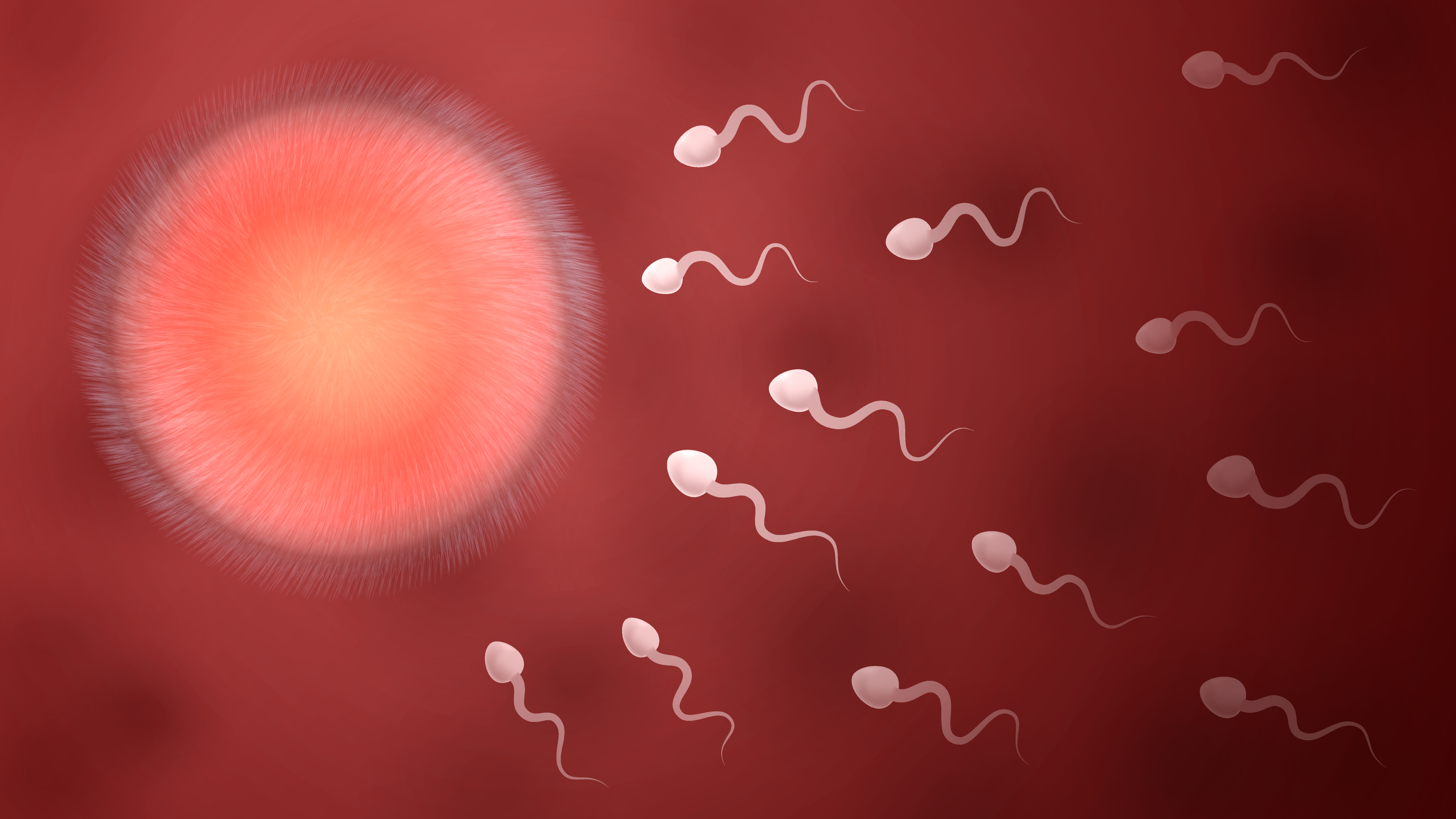 Meiosis has notable timing differencesin males and females. The earliest stages of meiosis in females begin in all of the primordial germ cells during a female fetus's development. The process pauses and the maturing cells lie dormant.

At the beginning of every menstrual cycle, a hormone stimulates the maturation of small clutches of the dormant cells. They then continue meiosis before pausing in the later stages, awaiting ovulation and fertilization. 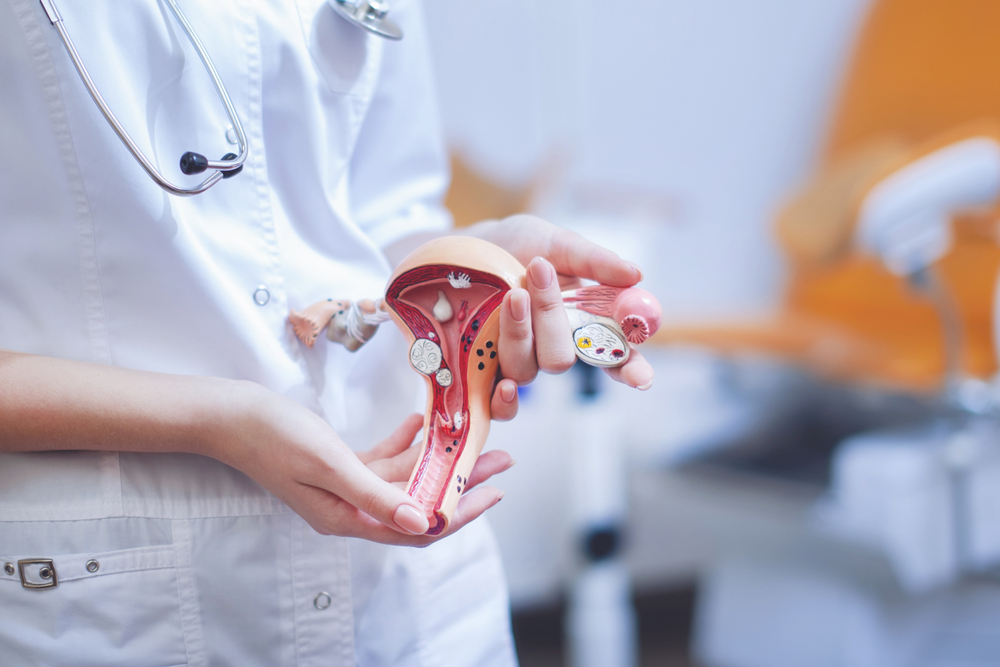 Meiosis in males occurs much later than in females. Tissues in the male testes suppress meiosis for many years after birth. During puberty, the cells overcome this and meiosis begins. Spermatogenesis occurs continuously throughout adulthood in separate clusters of germ cells without any pauses. This enables constant gamete production in most healthy males.

High-resolution imaging, protein identification technologies, and genetic mutations have furthered the understanding of the gamete. Researchers have found that stem cells can undergo meiosis outside the human body, in a dish, and produce haploid gametes. However, in a living body, meiosis succeeds due to hormonal cues and supporting cells. When scientists create in-vitro gametes, the absence of any of the precise meiotic behaviors can result in chromosomal abnormalities. The creation of genome-editing technologies may open the door to expanded therapeutic applications. 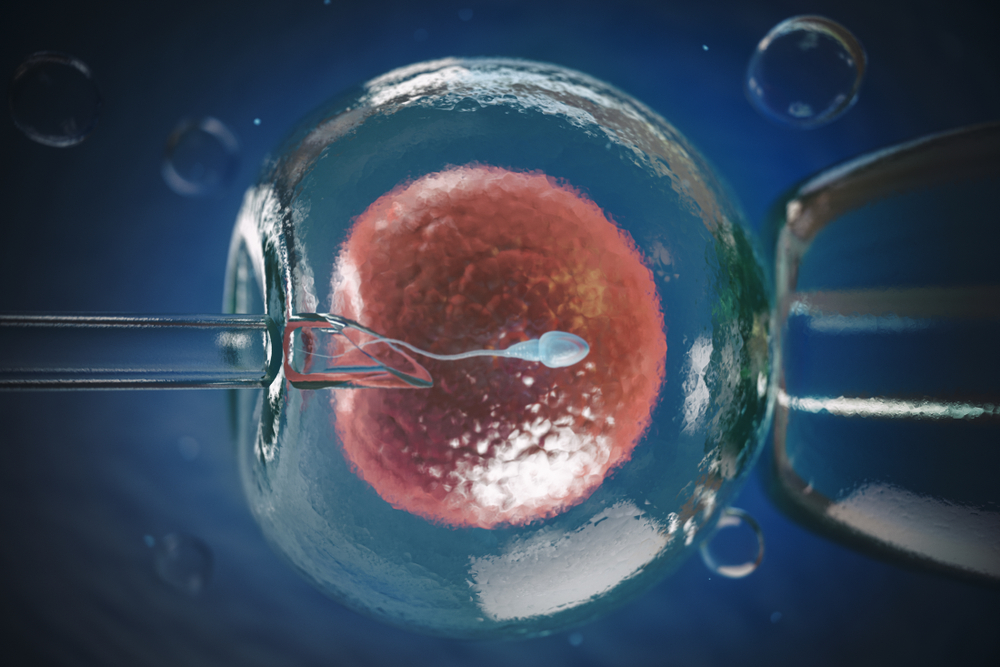 One of the largest mysteries of meiosis is uncovering why the process exists. Understanding the origin or function of meiosis scientifically would provide significant insight into the evolution of sexual reproduction. 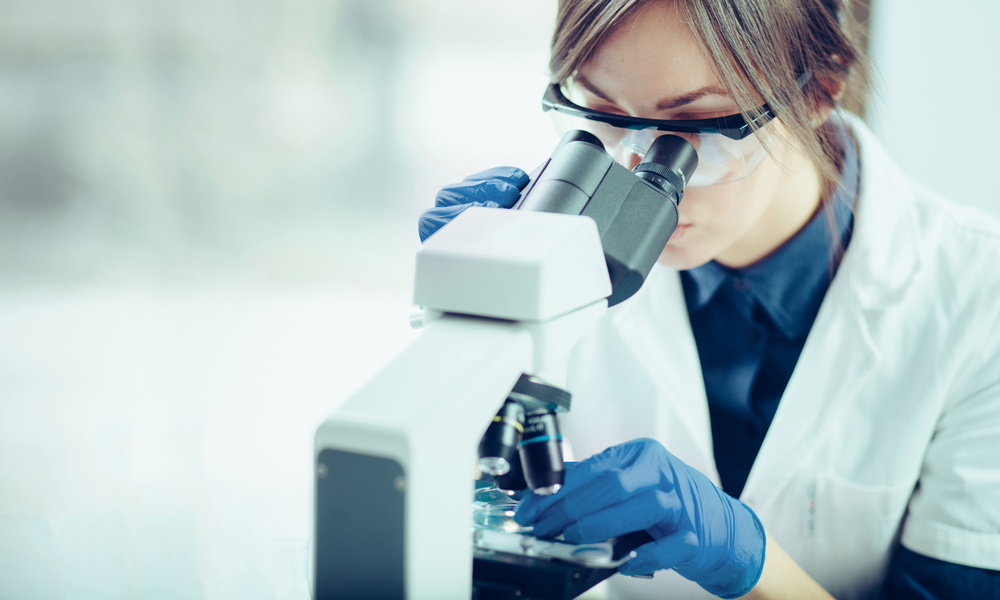 If a person has more than two complete sets of chromosomes, they are polyploid rather than aneuploid. 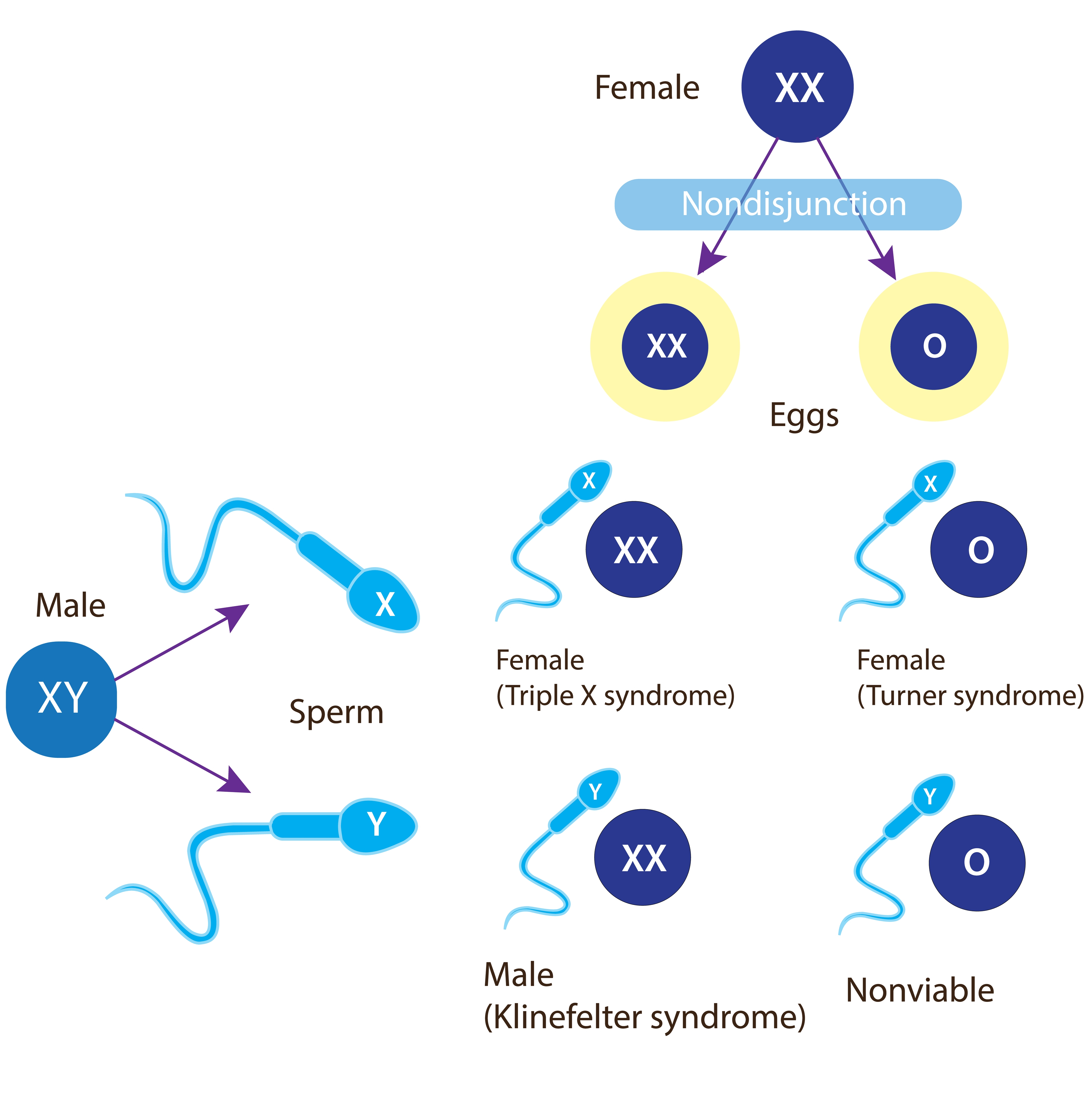 In humans, nondisjunction during meiosis can cause several chromosome disorders: 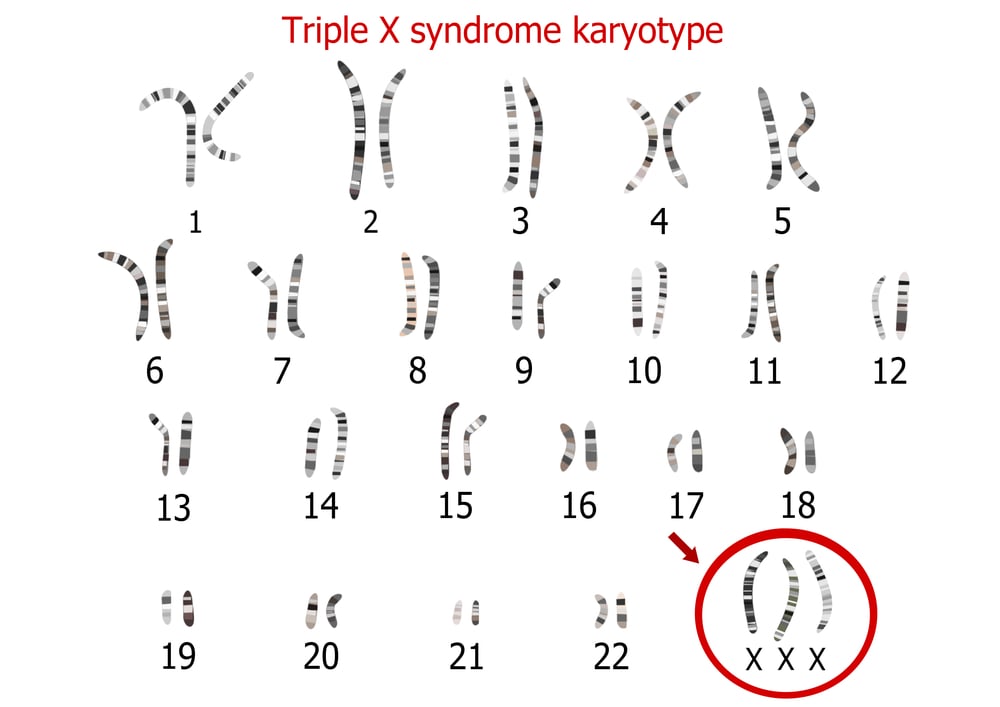