All About the Male Reproductive System

When a child’s body begins to mature, it undergoes many physical transformations. Puberty is the maturation of the body to become capable of reproduction. The brain sends hormonal signals to the reproductive glands, which then produce hormones responsible for many of the changes. Height and weight dramatically increase during the first portion of the puberty process. Males will end puberty with nearly twice as much skeletal muscle and significantly heavier bones. The male sex organs increase in size and activity. Hair growth begins in the armpits and continues to the arms, chest, and face. The larynx also grows, resulting in a lower pitched voice. Typically, males begin puberty around 11 years old and will complete it around 17 years old. 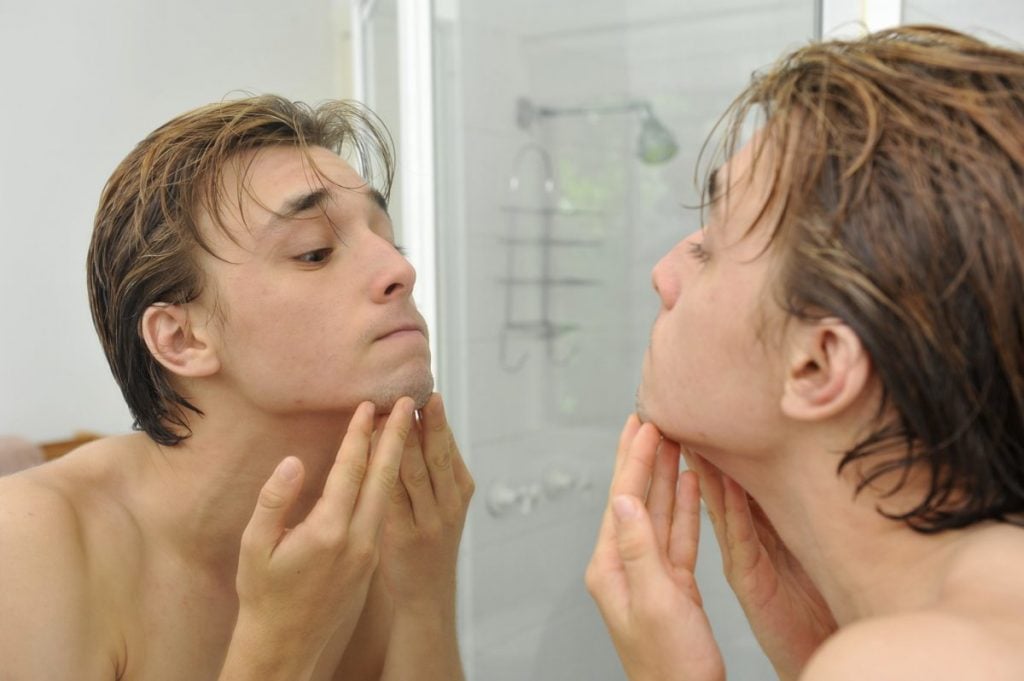 An important function of puberty is allowing the body to begin production and maturation of sperm cells. This process is spermatogenesis, and it occurs in several areas of the reproductive system. The sperm cells themselves are the male reproductive cell. They contain 23 chromosomes that combine with the 23 chromosomes of the female egg during reproduction. Typically, the sperm cell has four parts. The head contains the nucleus and enzymes for penetrating the female egg. The neck connects the head to the midpiece, which creates the energy the cell uses. Finally, the tail allows the sperm cell to move. 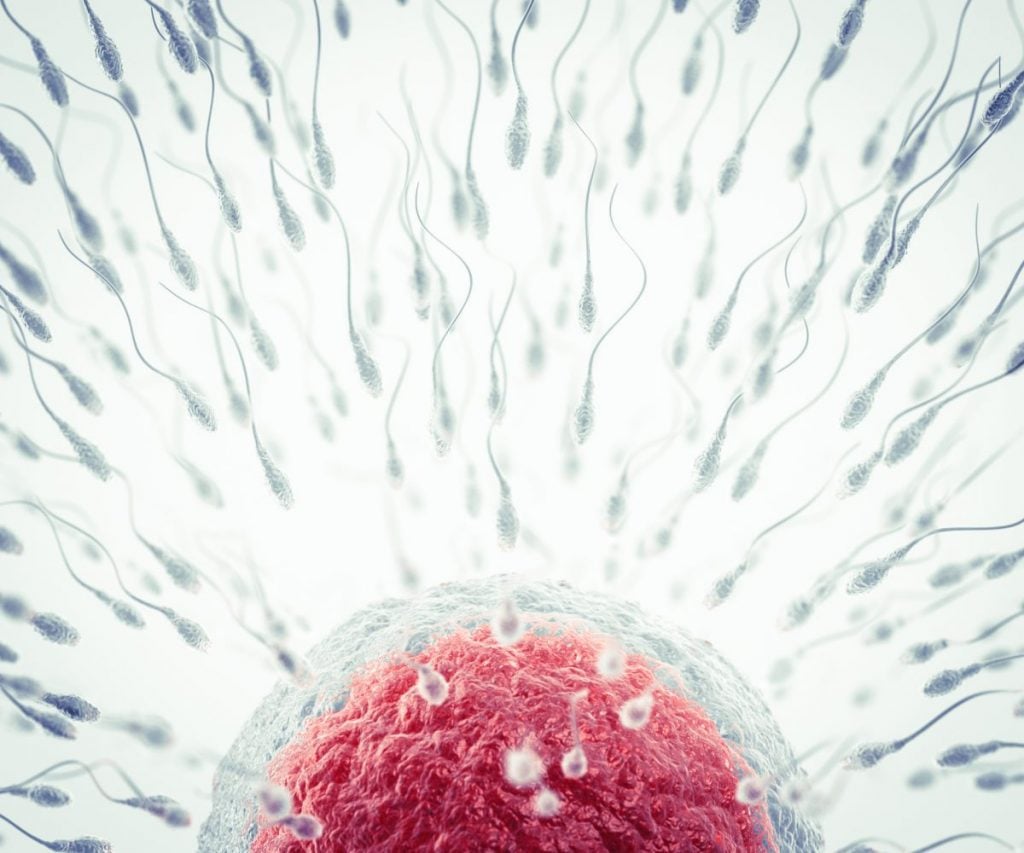 Three parts make up the penis: the root, the body, and the epithelium. The root connects the structure to the abdominal wall. Two sponge-like corpora cavernosa lie on either side of the penis interior with the corpus spongiosum between them. The epithelium refers to the skin of the body as well as a thin layer of skin that covers the tip of the penis. The tip is the glans penis, a sensitive, exposed portion of the corpus spongiosum. The urethra travels through the corpus spongiosum and opens at the tip of the glans. The corpora cavernosa fill with blood while muscles restrict the flow of this blood, resulting in a hardening of the penis that allows for sexual intercourse and reproduction. 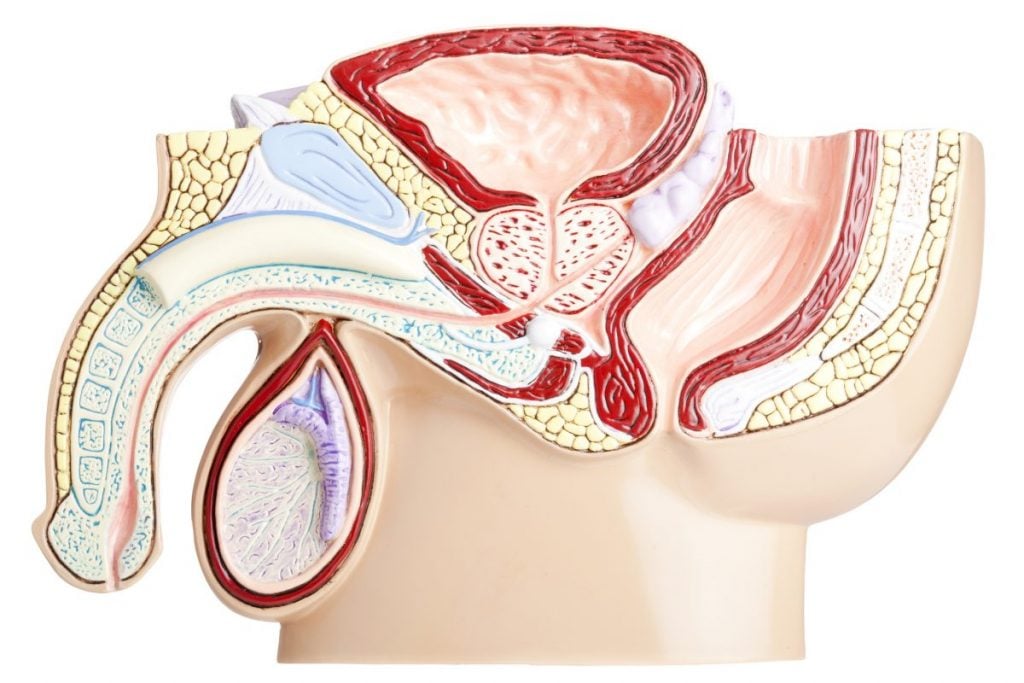 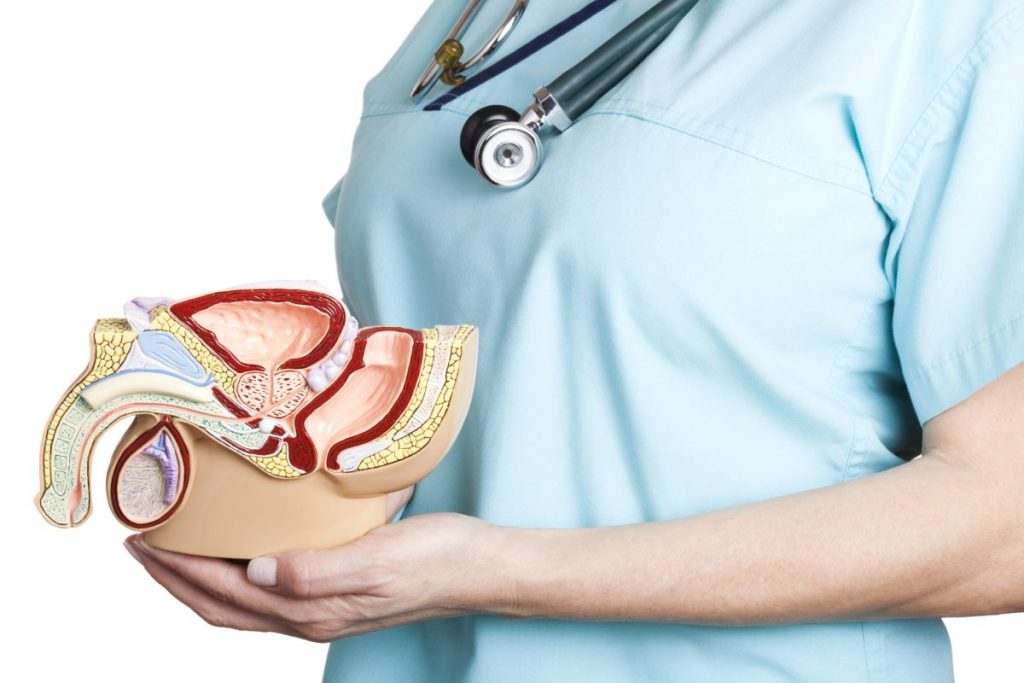 The male gonads or reproductive glands are the testicles. These organs have an oval shape and lie in the scrotum, with one testicle hanging lower than the other. The tunica albuginea is a tough shell-like structure that covers the testes. Within the testes are the thin seminiferous tubule coils. Germ cells inside these tubules eventually develop into sperm cells. This is the starting point of spermatogenesis. The testes also develop various hormones, the primary of which is testosterone. This hormone not only regulates the various parts of the reproductive system but is also essential to a healthy male body. 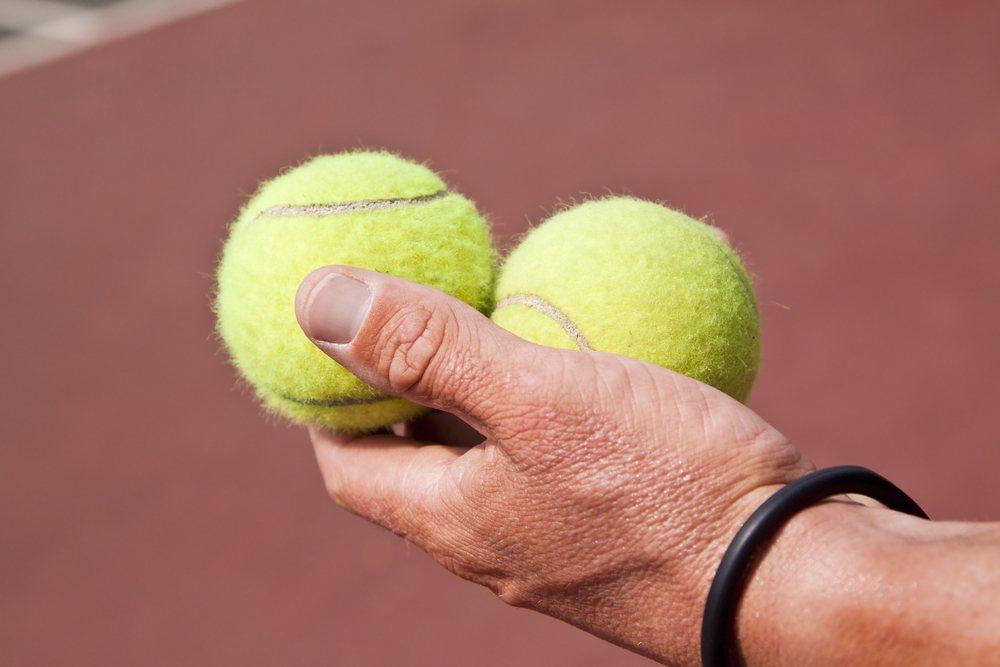 As the sperm cells form, muscle contractions send them through the efferent ducts into the epididymis. This tube connects each testicle to the sperm ducts experts call the vas deferens. Typically, the epididymis is between six and seven meters in length, and each one coils tightly against the rear of a testicle. Three areas make up each epididymis, and each section has a different responsibility. The head receives the sperm cells and absorbs unnecessary fluids to increase the concentration of the sperm. The body of the tube assists in moving the sperm to the tail. There, the sperm cells mature and become capable of fertilization for sexual reproduction. The travel process takes a few days, and the sperm can remain in the tail for around the same length of time. 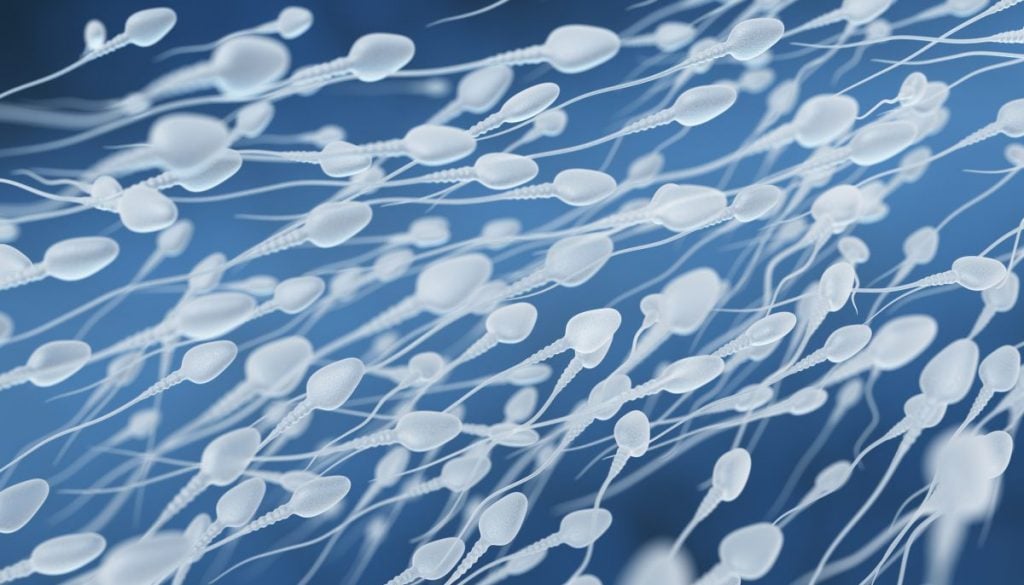 When the body prepares for ejaculation, the vas deferens transports sperm from the epididymis to a pair of glands just below the urinary bladder. These glands are the seminal vesicles. Each vesicle is a single tube that folds and coils around itself. The excretory duct in each gland combines with the vas deferens to create the ejaculatory ducts that pass through the prostate gland into the urethra. Each vesicle secretes an alkaline fluid that helps prolong the lifespan of the sperm by neutralizing the acidity of the female vaginal tract. This fluid contains a variety of proteins, enzymes, vitamins, and other materials that provide energy for the sperm cells. 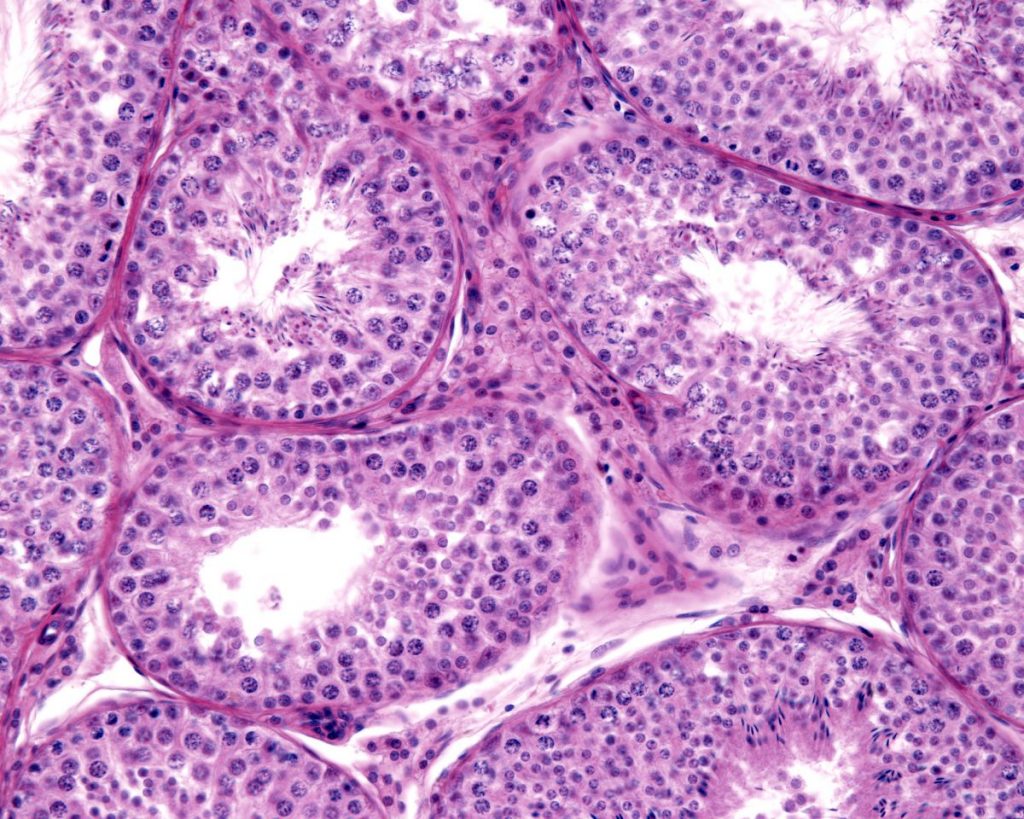 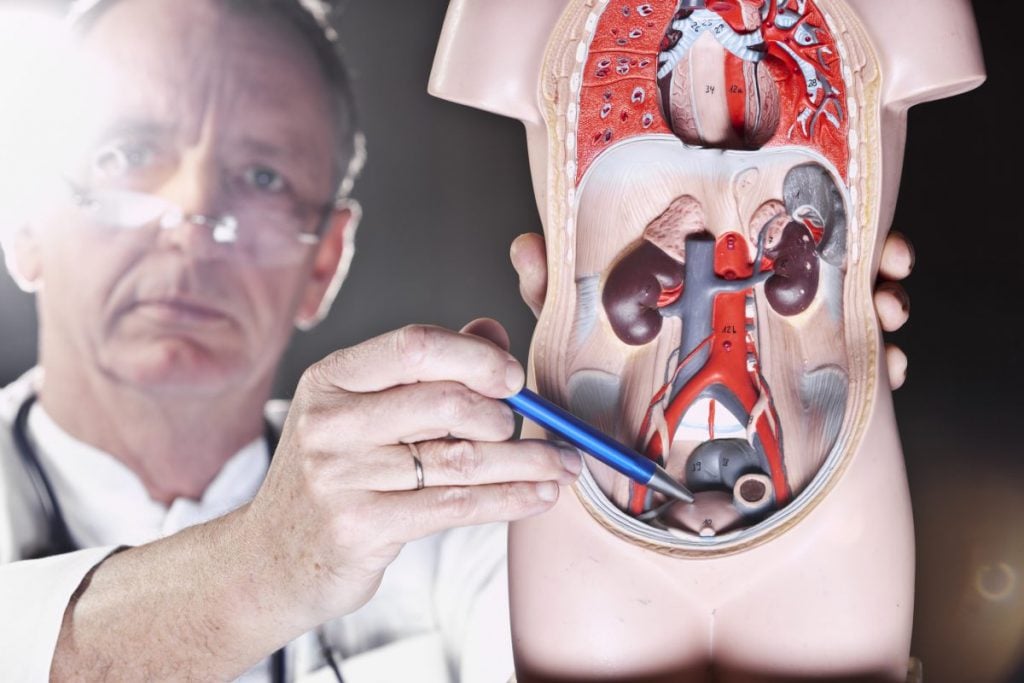 The final accessory glands are the two bulbourethral or Cowper’s glands. These small glands sit at the base of the penis next to the urethra. They contribute a small amount of fluid to semen. Each gland is around the size of a pea, and consist of lobules that each have their own bundles of cells. The glands open into a duct that connects to the urethra. Some studies show that sperm can leak into the bulbourethral glands, allowing the fluid they secrete to contain sperm cells. However, typically the fluid contains no sperm. 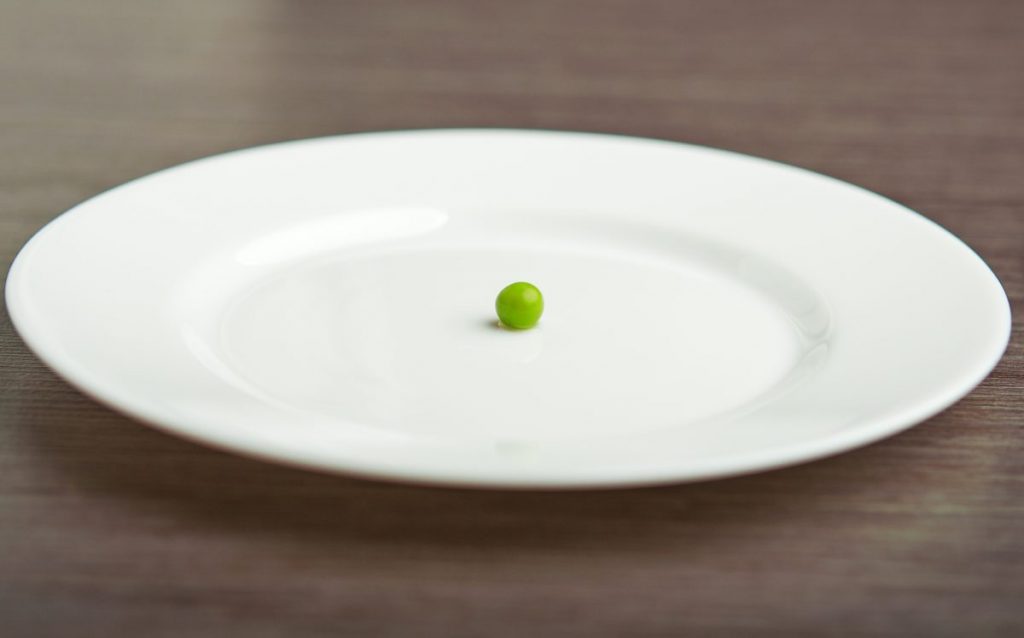 For sexual reproduction to occur, the male sex organs must perform ejaculation. This is a discharge of semen from the male reproductive system. During ejaculation, the smooth muscles surrounding the prostate contracts to force the semen through the urethra, to eventually exit the penis. During sexual reproduction, the semen then travels through the female’s vaginal canal into the uterus. There, a sperm cell combines with an egg cell to create a zygote. This zygote eventually develops into a human fetus. 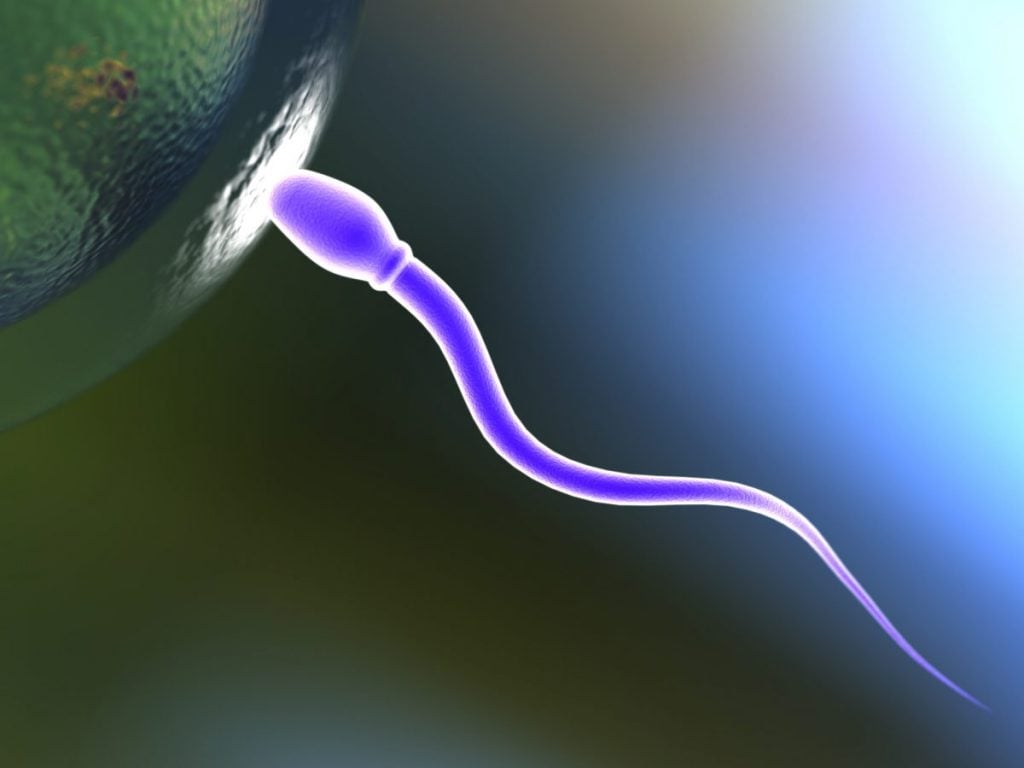