What are the Hamstrings?

The hamstrings are a group of muscles and tendons in the rear portion of the thigh. The muscles are the biceps femoris, the semimembranosus, and the semitendinosus. In some cases, anatomists also classify a portion of the adductor magnus as part of the hamstrings. This muscular group performs many useful functions, primarily bending the knee and assisting with hip movements. Because the hamstrings play major roles in leg movement, they are prone to injuries.

All of the hamstring muscles attach to the ischial tuberosity of the hip. Many people refer to the ischial tuberosity as the sit bones because sitting forces much of the body’s weight on it. The muscles also connect to a rough area on the back of the femur, the linea aspera. The biceps femoris has two parts: the long head and the short. Technically, only the long head is part of the hamstrings. The semimembranosus, a long muscle with a long tendon of insertion, is the most central muscle of the hamstrings. 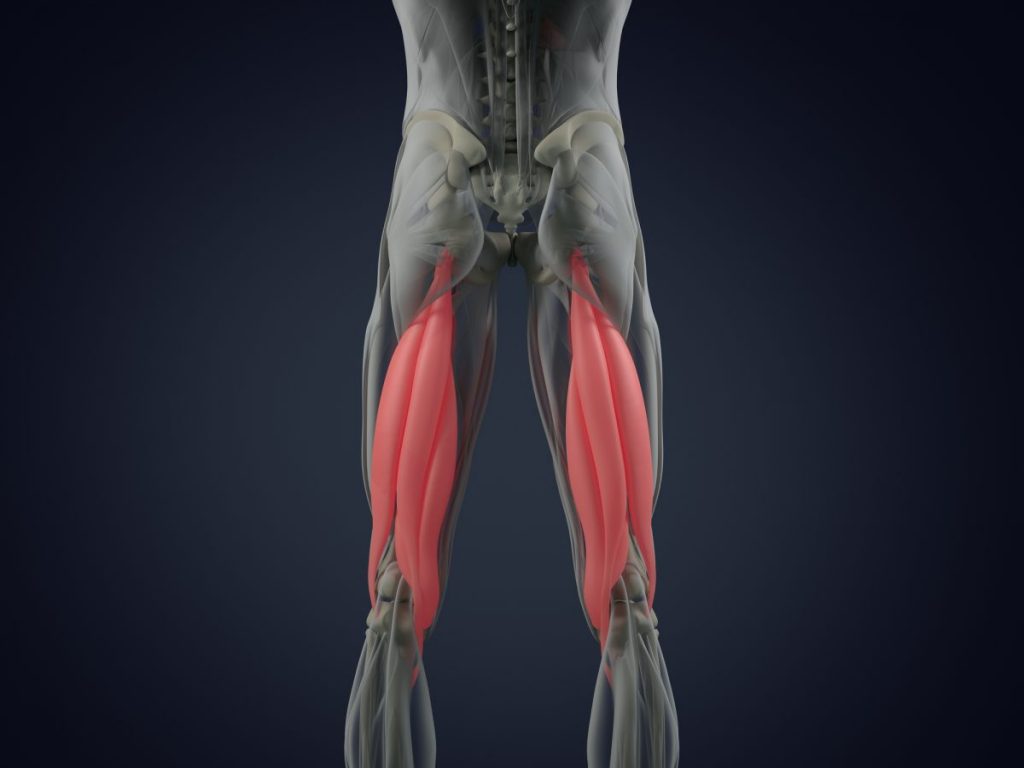 Primarily, the hamstrings have two main functions: the flexion of the knee and the extension of the hip joint. Flexion and extension are anatomical descriptions of movement that change the angle between two areas of the body. In this case, flexion of the knee describes the bending that closes the angle between the calf and the thigh. Extension of the hip joint describes moving the entire leg backward. Because of these movements, the hamstrings play a crucial role in many everyday activities such as walking and running. 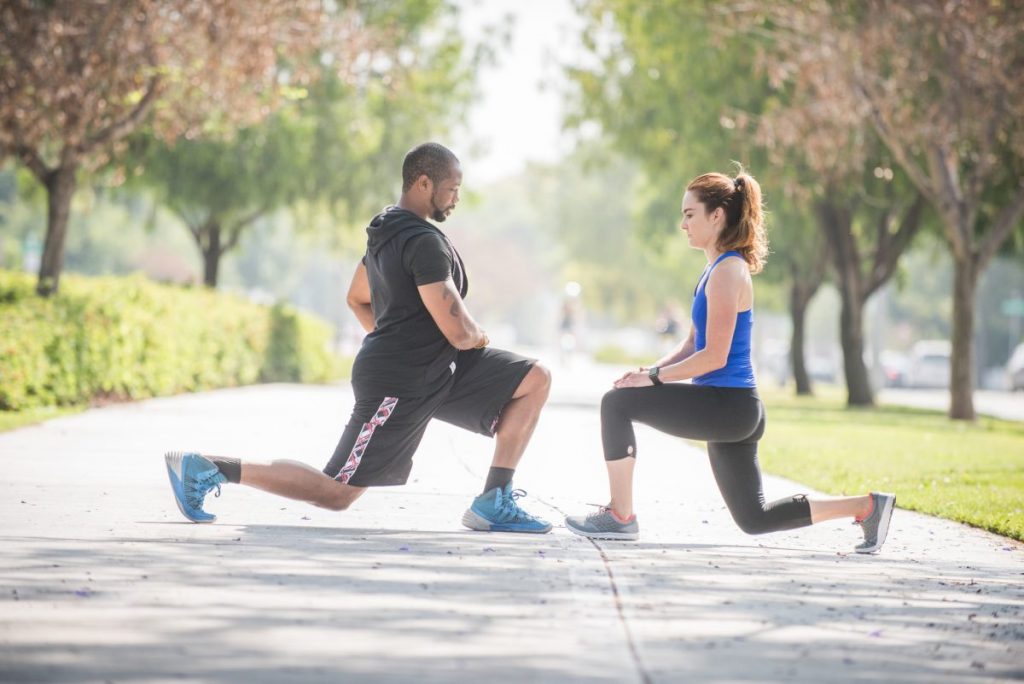 There are a few rules that a muscle must follow to qualify as a true hamstring:

The biceps femoris, semimembranosus, and semitendinosus meet these criteria and are therefore true hamstrings. The adductor magnus doesn’t reach far enough to classify as a hamstring, though it meets the other criteria. 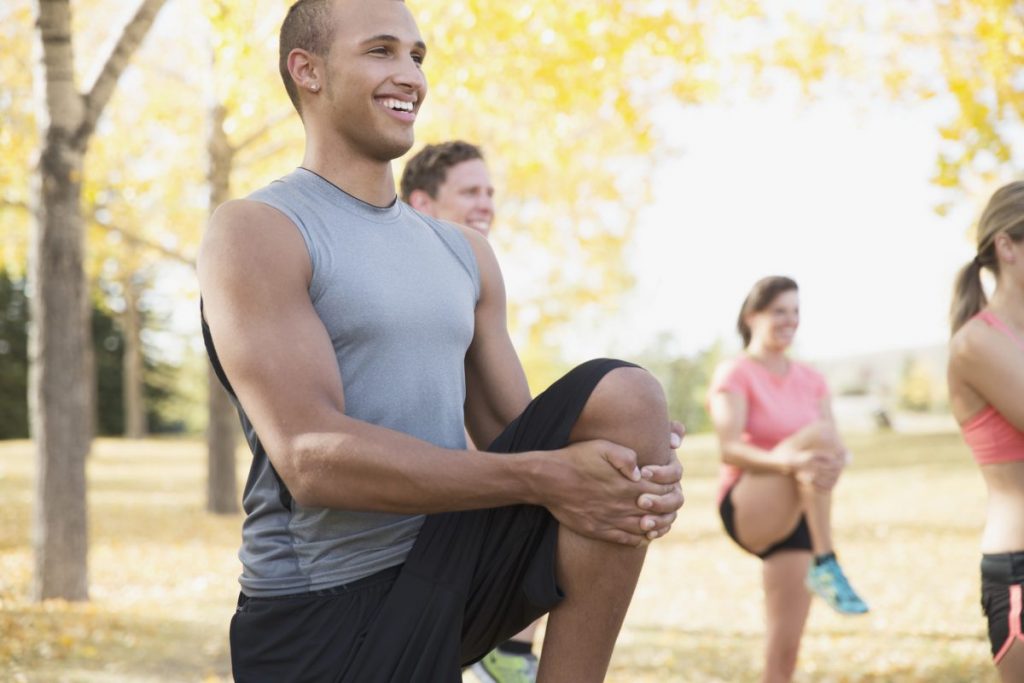 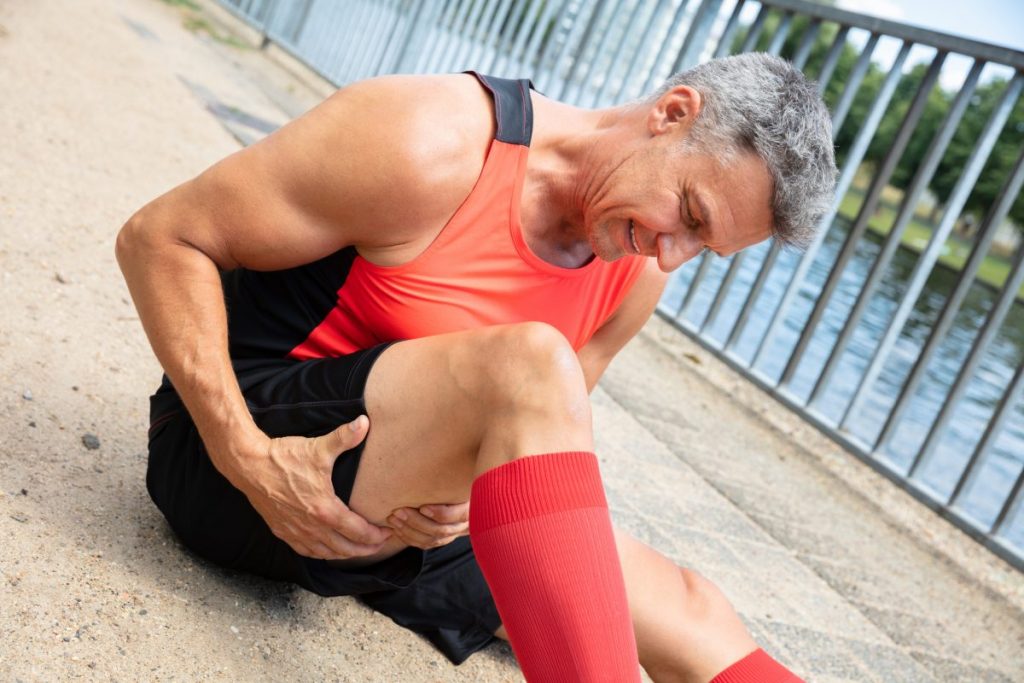 The second of the hamstring muscles, the semitendinosus, is a long, broad muscle. It sits closer to the inside of the thigh than the other hamstring muscles and originates from the inner area of the ischial tuberosity. It attaches to the upper area of the tibia and the deep fascia of the leg. The semitendinosus, like all hamstrings, helps extend the hip joint, but it also assists with inward or medial rotation of the thigh. 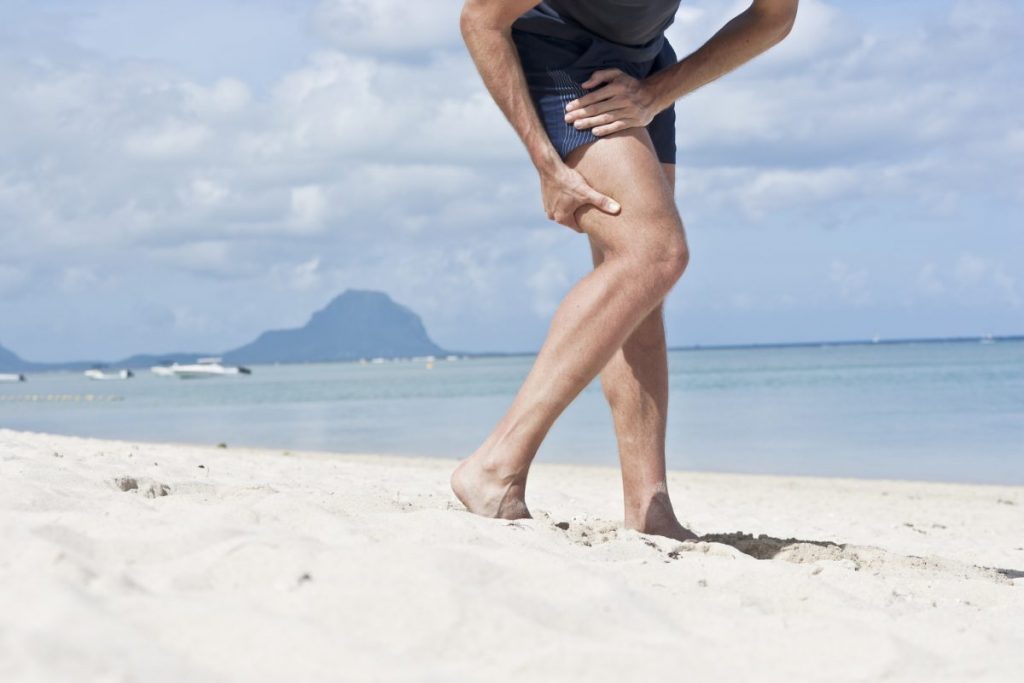 The semitendinosus and the semimembranosus share many similarities. Like the former, the latter is also a broad muscle, though it is wider and flatter. It originates from a higher portion of the ischial tuberosity and attaches to the tibial condyle. The semimembranosus also helps with medial rotation of the hip and is partially responsible for medial rotation of the knee. It can also help with counteracting forward bending at the knee joint. 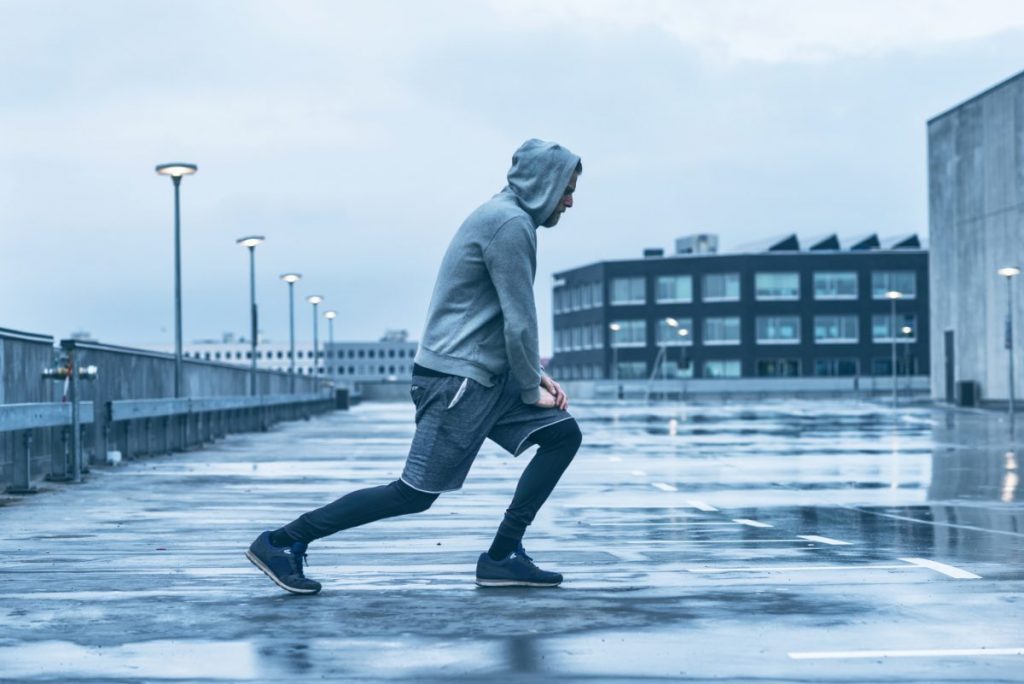 Because the hamstrings are constantly active during movements such as running and walking, they are prone to injury. Many people’s hamstrings experience trauma during sports and other athletic activities. In some cases, the hamstrings may tear partially or fully. Physicians refer to these injuries as strains. Tight hip flexors and improper warm-ups are major risk factors for hamstring injuries. Other factors such as overexertion and poor flexibility or muscle strength also contribute to hamstring trauma. 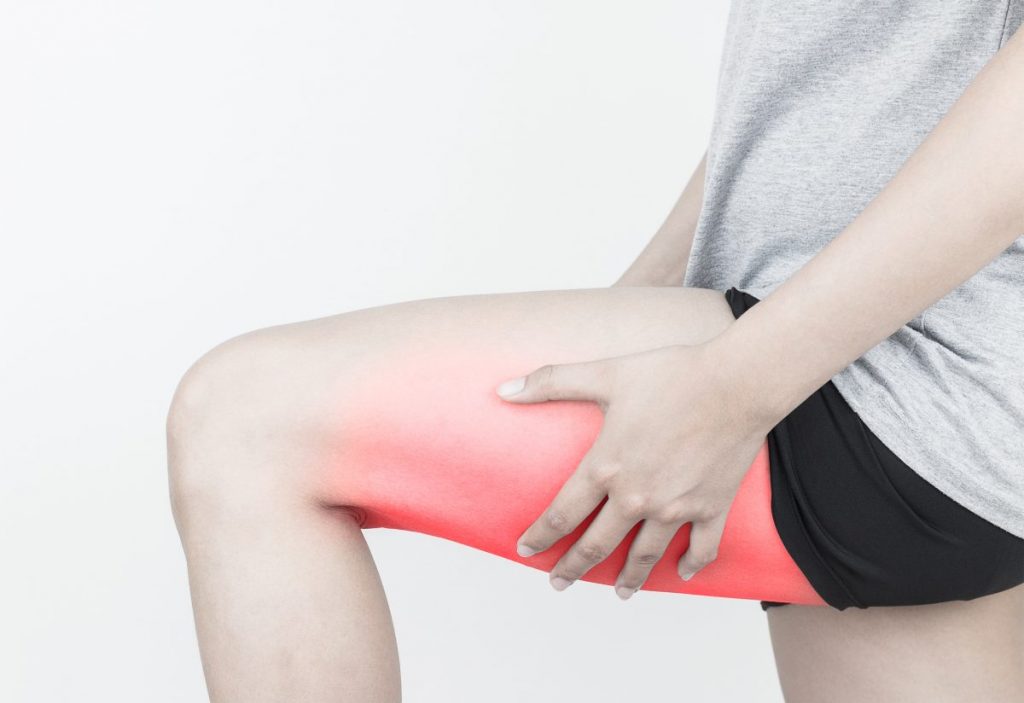 Signs of an Injury

Doctors classify hamstring injuries into three grades. Grade I injuries typically present as muscle stiffness, minor swelling, and discomfort. Grade II injuries cause muscle pain, moderate swelling, a limited range of motion, and pain during knee flexion. A grade III injury is often serious and may lead to an inability to walk properly, pain even during rest, and significant swelling. If hamstring tearing occurs close to the ischial tuberosity, the pain may originate from the hip instead of the knee or leg. 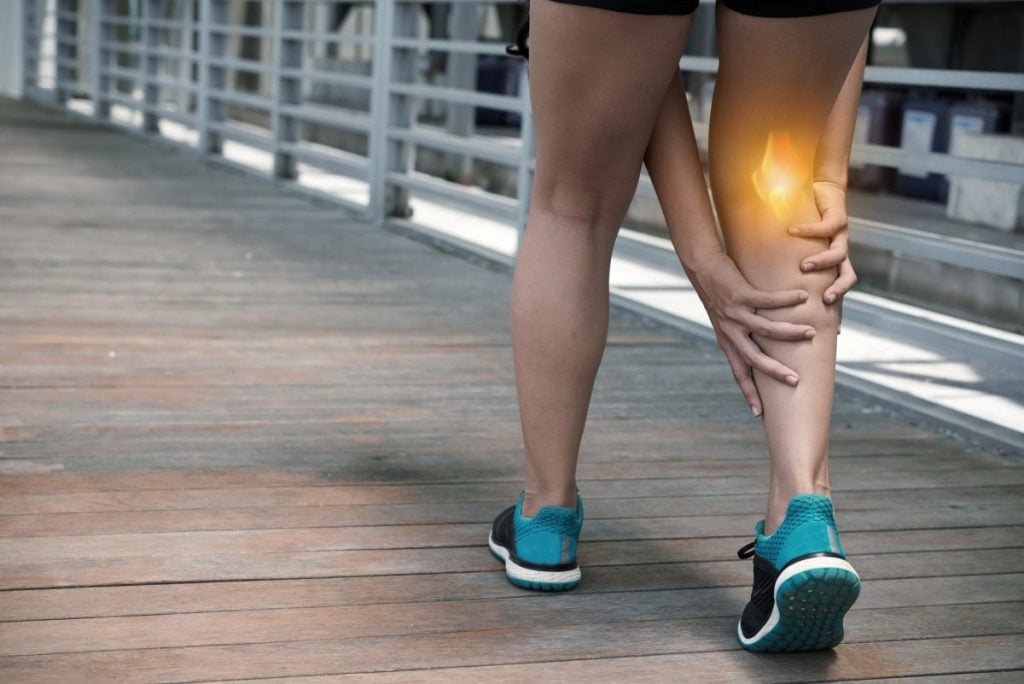 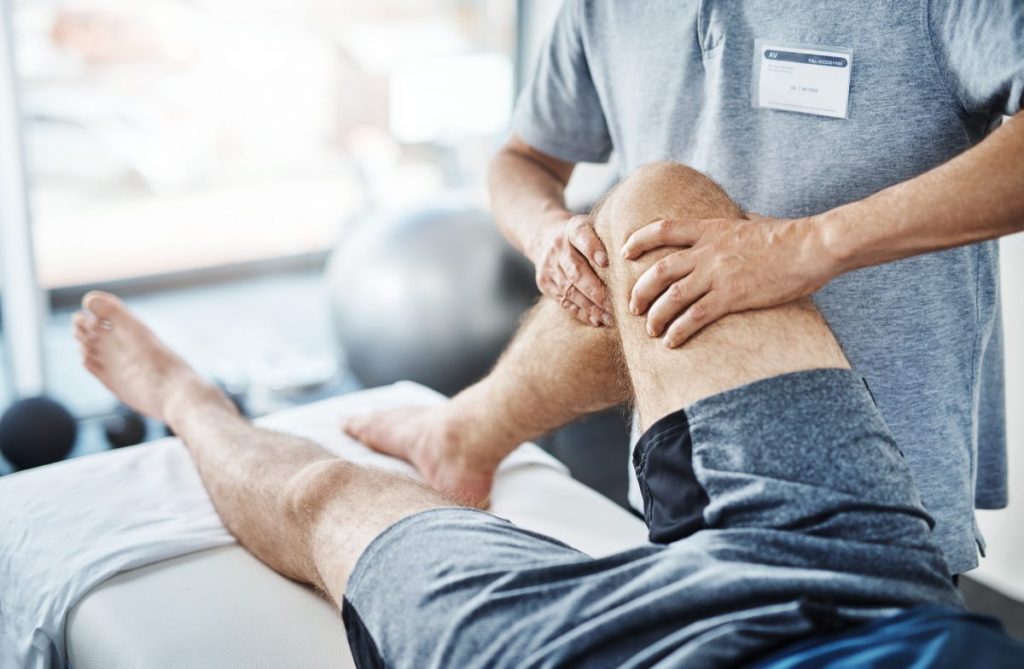 A common and easy hamstring stretch is the towel stretch. For this exercise, a person sits down with their back straight. They loop a bath towel around one foot and hold one end of the towel in each hand. By slowly pulling on the towel, they can gently lift their leg and stretch their hamstrings. They should hold their leg in the air for 15 to 30 seconds before repeating the exercise as often as their physical therapist advises. A popular exercise for strengthening the hamstrings is a ball bridge. A person lies on their back on the ground with their feet on an exercise ball. Then, they tighten their stomach and lift their buttocks to create a bridge between their body and the ball. They only need to maintain the bridge for a few seconds before relaxing and repeating the exercise. 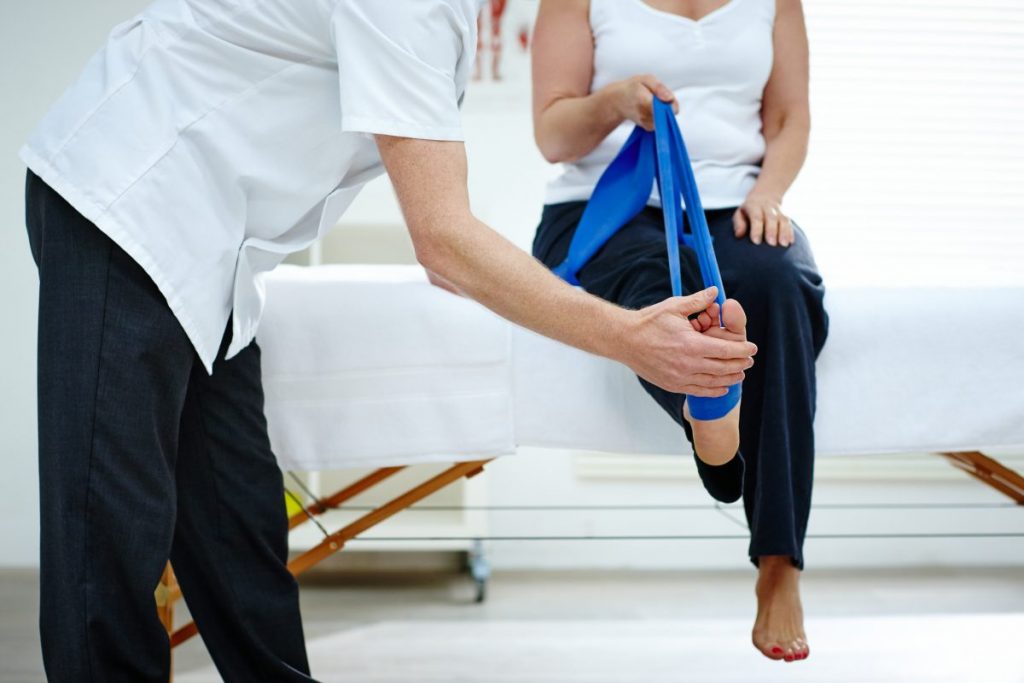