Facts About Flexion and Extension

The synovial joints of the human body allow for large ranges of movement. These movements are the result of muscles relaxing and contracting. When naming these movements, anatomists generally pair together one motion with its direct opposite. References to anatomical motions assume the body is in an upright stance with arms to the side and palms facing forward, like Da Vinci's Vitruvian Man. Two such paired movements are flexion and extension.

Three principal planes allow for accurate descriptions of motion. The sagittal plane bisects the body, separating it into left and right sides. The coronal plane also divides the body down the middle, but in the other direction, designating the dorsal and ventral or back and front portions. The transverse plane is the only horizontal plane, and it divides the body into cranial or upper body and caudal or lower body. 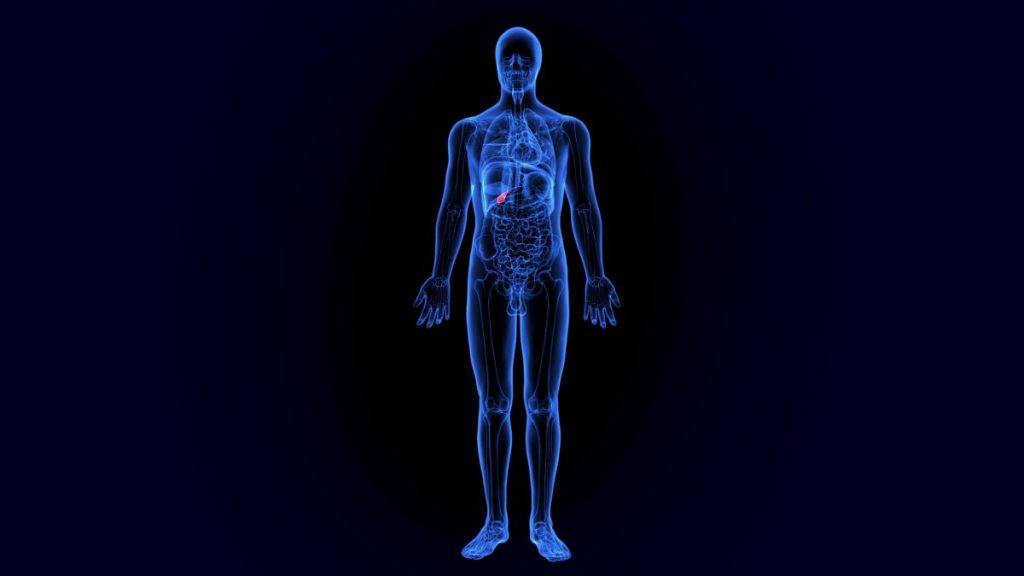 Both flexion and extension occur within the sagittal plane and refer to the angle between body parts. Flexion describes a motion that decreases the angle between two body segments. For example, sitting down flexes the knees. In joints that can move in multiple directions, flexion takes place in the anterior (toward the front) direction. In the neck or body, leaning forward is flexion. Lateral flexion is the motion of the neck or the body left or right. Moving the arms or legs forward is also flexion. Some parts of the body, such as the ankles and wrists, use unique forms of flexion. 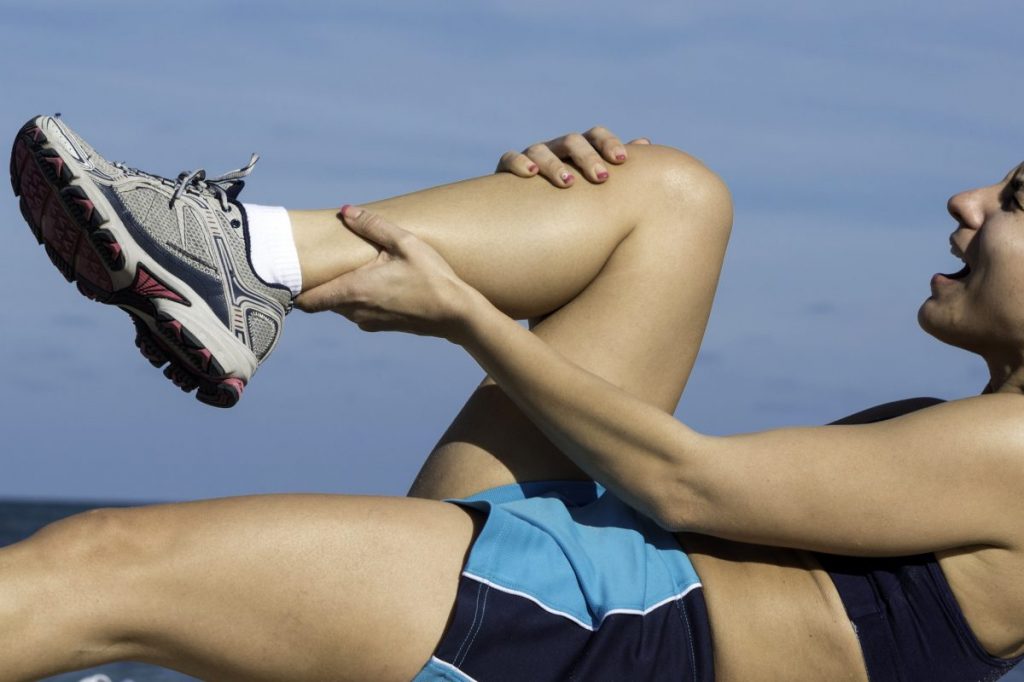 Extension is the opposite of flexion. Rather than decreasing the angle between parts of the body, extension increases the angle. In many limbs, extension is the same as straightening the limb. Leaning the neck or body backward is a form of extension as well (moving in a posterior direction). With the hips and shoulders, extension moves the arm or legs backward. Like flexion, the ankle and wrist joints have unique forms of extension. Both flexion and extension occur at hinge, condyloid, saddle, and ball-and-socket joints. 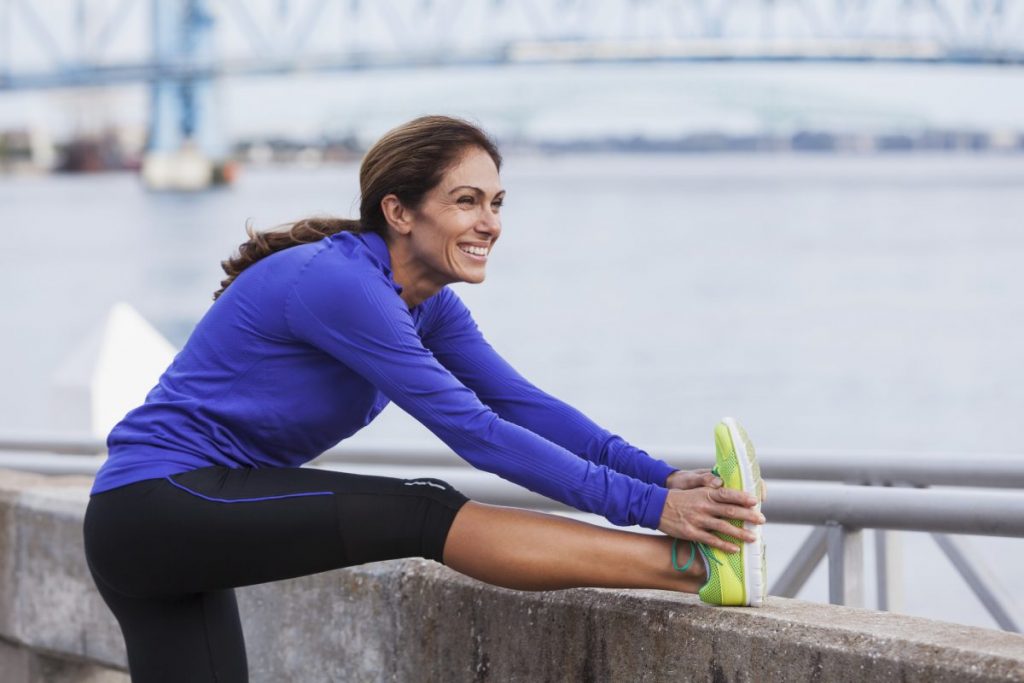 Dorsiflexion describes extension in the ankle. While in the anatomical position, the dorsal area is the top of the foot. Dorsiflexion refers to the motion of bending the top of the foot backward -- decreasing the angle between the foot and the leg. The specialized flexion in the ankle is plantar flexion. If dorsiflexion is angling the foot toward the leg, plantar flexion would be pointing the foot away from it, such as when we stand on tiptoe or depress the gas pedal of a car. 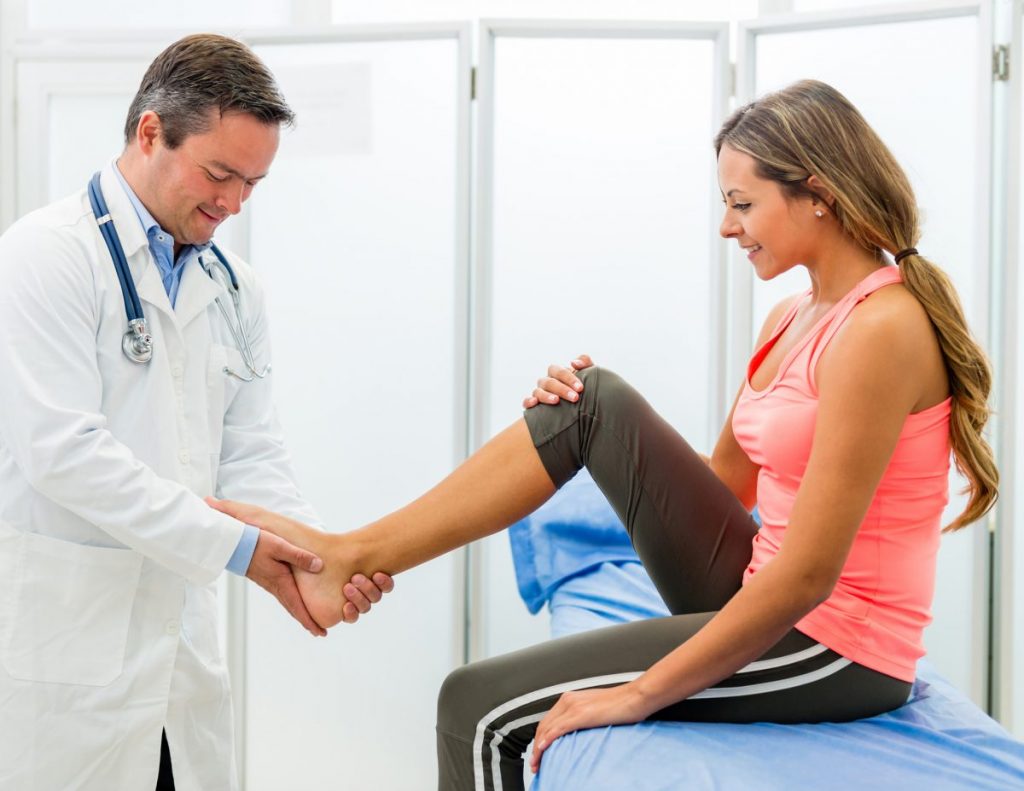 Dorsiflexion can also indicate extension of the hand at the wrist joint. Using the anatomical position, dorsiflexion would involve moving the hand backward, towards the back or "top" the arm. Palmar flexion is flexion that involves the hand moving towards the body’s anterior or palmar surface, in this instance, the "underside" of the arm. Understanding this requires recognizing the arms and legs have opposite embryological rotations and therefore move in opposite directions. 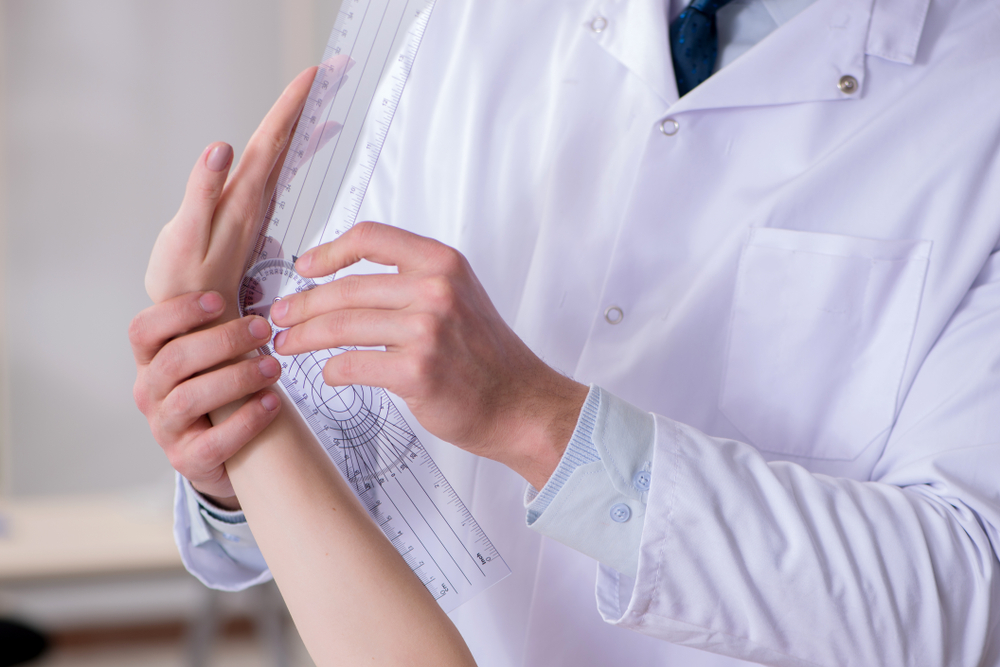 Sometimes, joints flex beyond their capability, in motions called hyperflexion. Due to the nature of the joints, it is difficult for hyperflexion to occur, which makes it significantly less common than its opposite, hyperextension. Additionally, hyperflexion often accompanies hyperextension. As an example, car accidents can cause cervical whiplash, which results in both hyperextension and hyperflexion. The abnormal joint movements can tear the surrounding muscles, tendons, and ligaments. 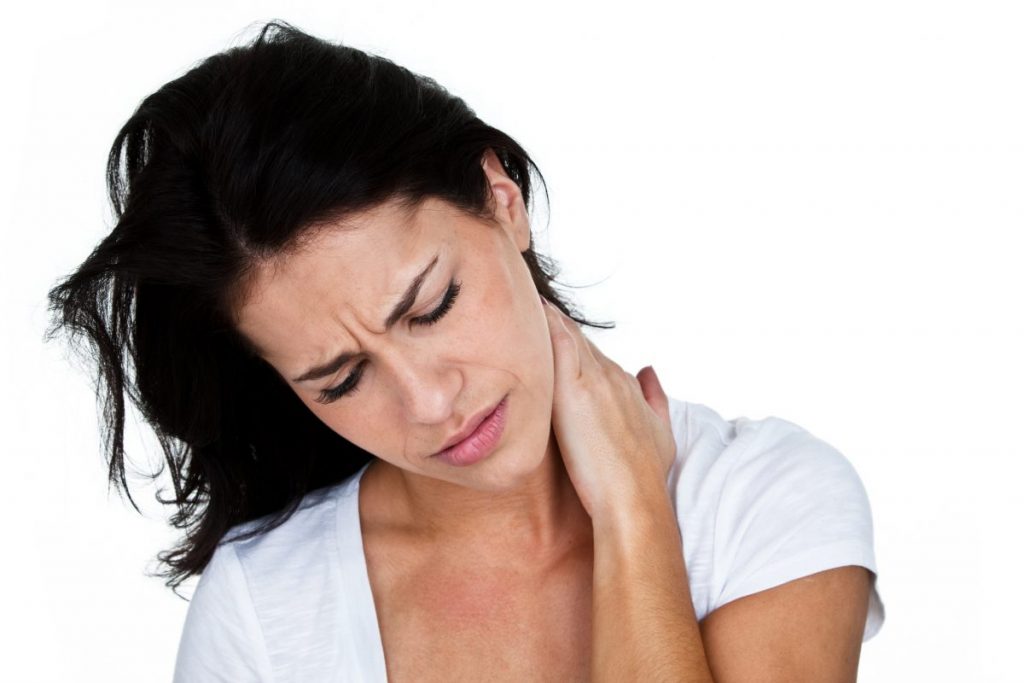 Many athletes and active individuals experience hyperextension at some point. Like hyperflexion, hyperextension occurs when a joint extends well beyond the distance of which it should be capable. Generally, the joints limit extension to a 180-degree range of motion. For most people, the knees prevent the calves from extending too far forward. However, an accident such as a slip or fall could force the calf to extend anteriorly, moving the lower leg further forward than is normally possible. Treating hyperflexion and hyperextension usually involves elevation and rest, though extreme damage can require surgery. 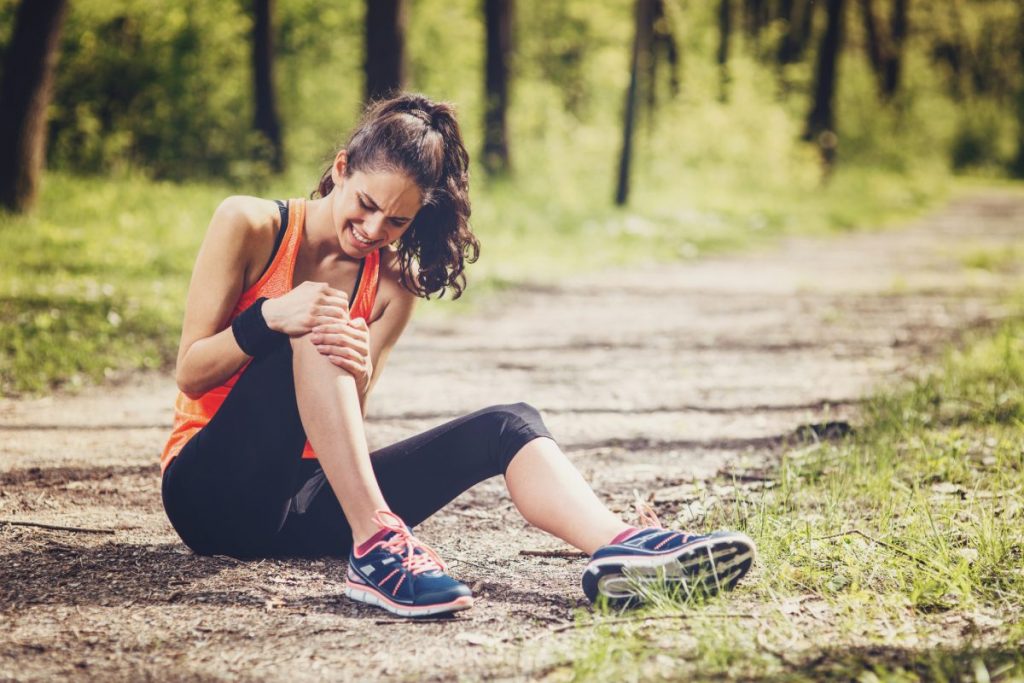 The spine is one of the most important parts of the human body. Among its many responsibilities is providing support. Spinal flexion is the act of leaning or bending forward, a motion that is responsible for many spinal injuries. Too much spinal flexion or spinal flexion that involves too much weight can damage the intervertebral discs. This is why physicians recommend lifting with the legs rather than the spine. Lifting isn’t the only thing that can damage the spine. Dorsal kyphosis is a medical condition that involves a permanently rounded back as a result of constant spinal flexion. Spinal extension can also cause damage, but as bending backward through the spine is not a regular movement, such damage is less common than that caused by flexion. 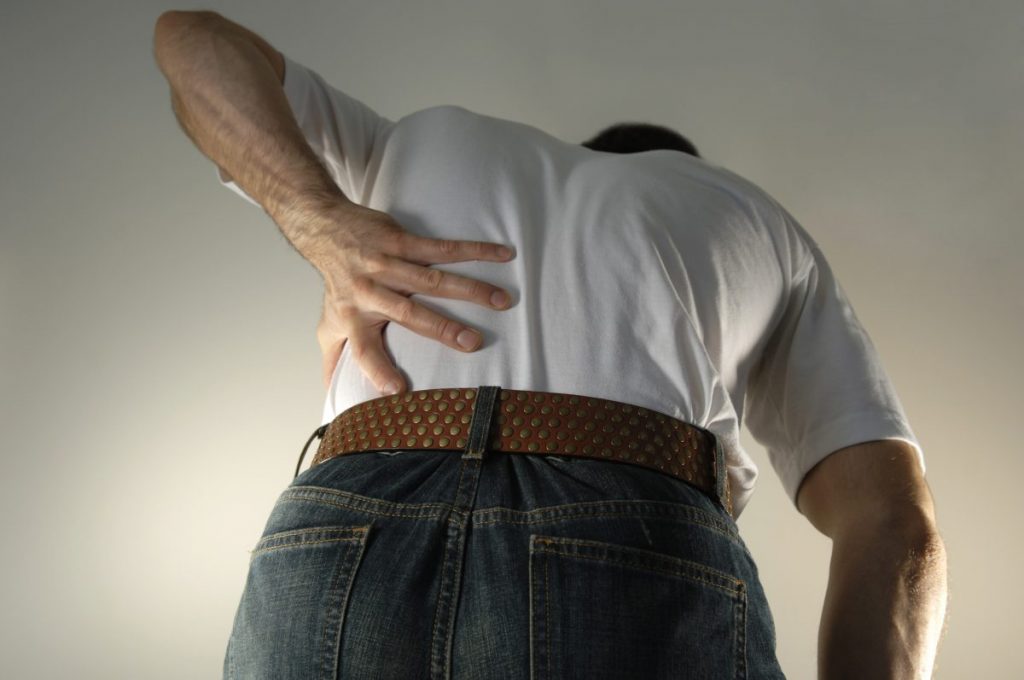 There are many causes of dorsal kyphosis, but generally, it is a result of constantly leaning forward. In the age of technology, many people spend significant amounts of time at their desks. The posture that many people adopt for using a computer involves a rounded back and a slouched neck. This posture, in combination with weak upper back muscles, causes dorsal kyphosis. Older adults and heavier individuals are more likely to develop kyphosis. The best way to alleviate the issue is to strengthen the core and upper back muscles. 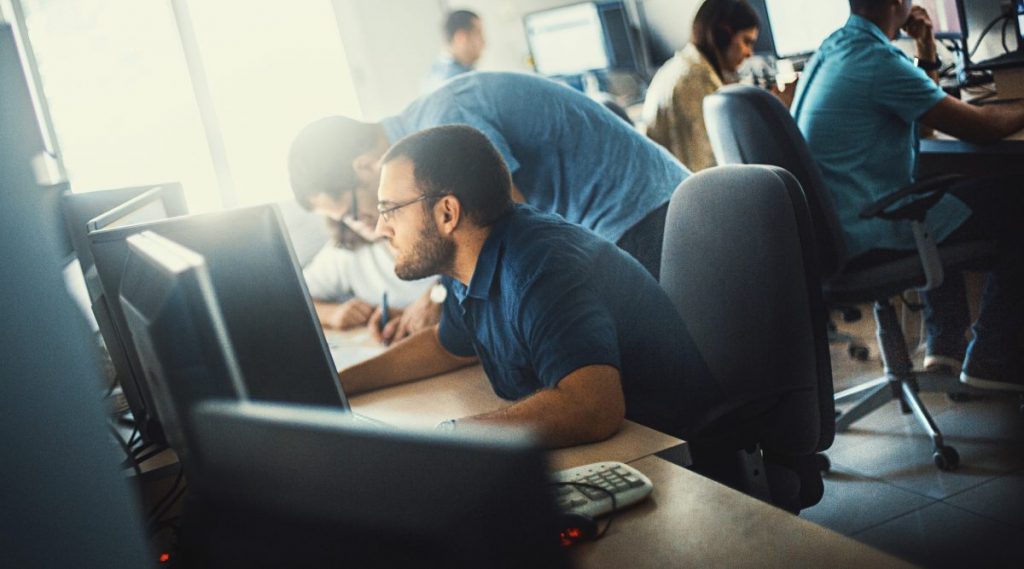 These exercises are so successful at alleviating lower back pain that they have become cornerstones for many physicians, trainers, and physical therapists. 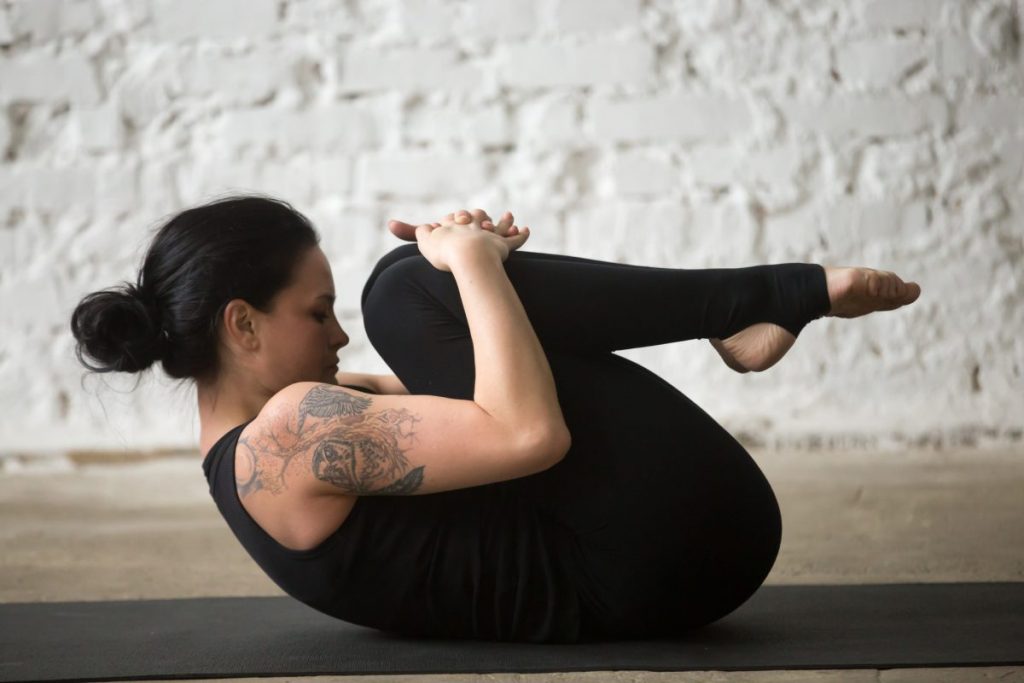