All About Abduction and Adduction

Motion can be a complex topic to discuss. To provide clarity, anatomists use a standard set of terms to describe the most common movements the human body performs. They classify motions based on the anatomical plane in which they occur. These planes split the human body into several regions, and the joints provide movements within these regions. Abduction and adduction are two such movements. When describing motions, anatomists assume the human body is in the anatomical position: upright, arms at the sides, palms facing forward. 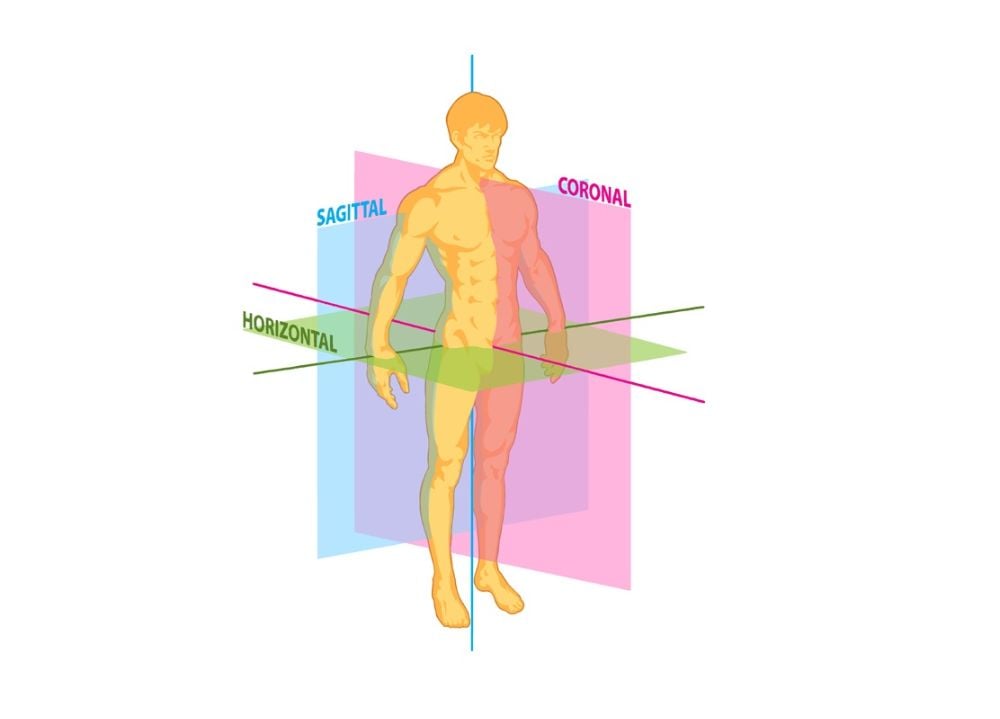 A motion that brings a body part closer to the middle, sagittal plane of the body is adduction. In the anatomical position, a person bringing their arms closer to their body is performing adduction. The wrist uses a unique form of adduction called ulnar deviation. This describes moving the hand at the wrist in the direction of the pinky finger. The human body is capable of many adduction motions. Any muscle that performs adduction is an adductor. 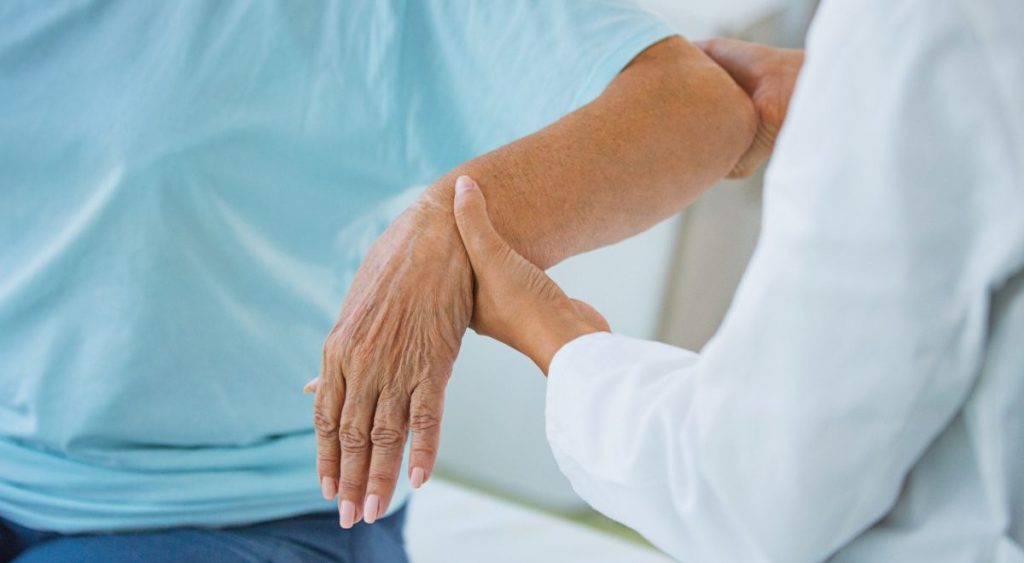 Almost every motion has an opposite motion. Abduction is the opposite of adduction. Instead of moving towards the body, abduction describes the arms moving away from the body towards the shoulders. When doing the splits, the legs perform abduction at the hips. Abduction, like adduction, has a unique name when referring to motion in the wrist. Radial deviation describes moving the hand at the wrist in the direction of the thumb. Muscles that perform abduction are abductors. 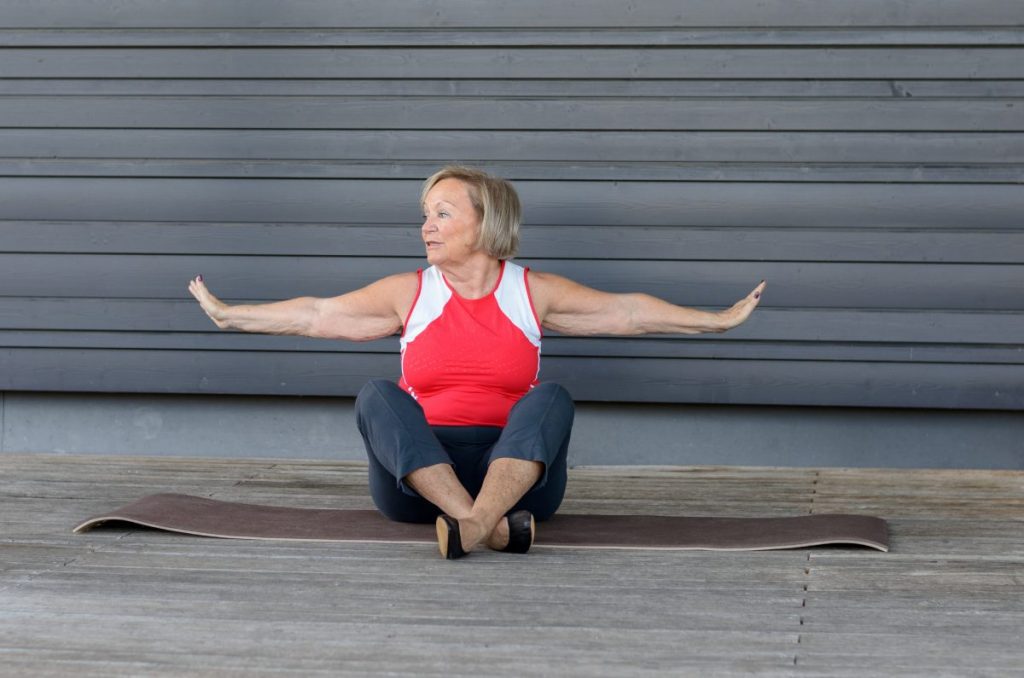 Every joint has an appropriate range of motion. The range of motion is a measurement of the distance or direction a joint can move without damaging the surrounding muscles, tendons, and ligaments. For example, abduction in the hips can generally occur from zero to 45 degrees. Adduction, being the opposite of abduction, can occur from 45 to zero degrees. The shoulders can perform adduction and abduction between zero and 90 degrees. The abductors and adductors are some of the most important muscles in the body. Changes in the range of motion of these muscles can affect many aspects of daily living. 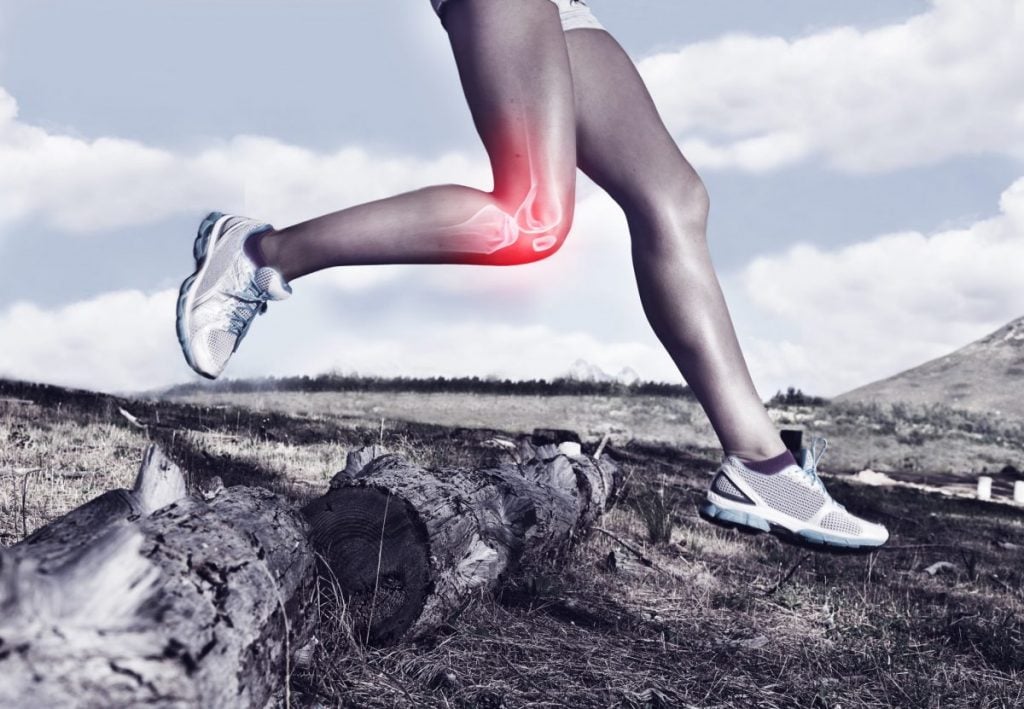 Some of the most important abductors are the deltoids. These are the muscles of the shoulders and upper arms that primarily perform arm abduction. Because of this, the body heavily relies on the deltoids while lifting heavy objects. Deltoid abduction also ensures heavy objects are a safer distance away from the thighs to prevent injury. Other important abductors are the gluteal muscles, the sartorius muscle, and the posterior cricoarytenoid muscles. The first two assist with leg and hip movement. The posterior cricoarytenoid muscles are the only muscles that open the vocal cords. 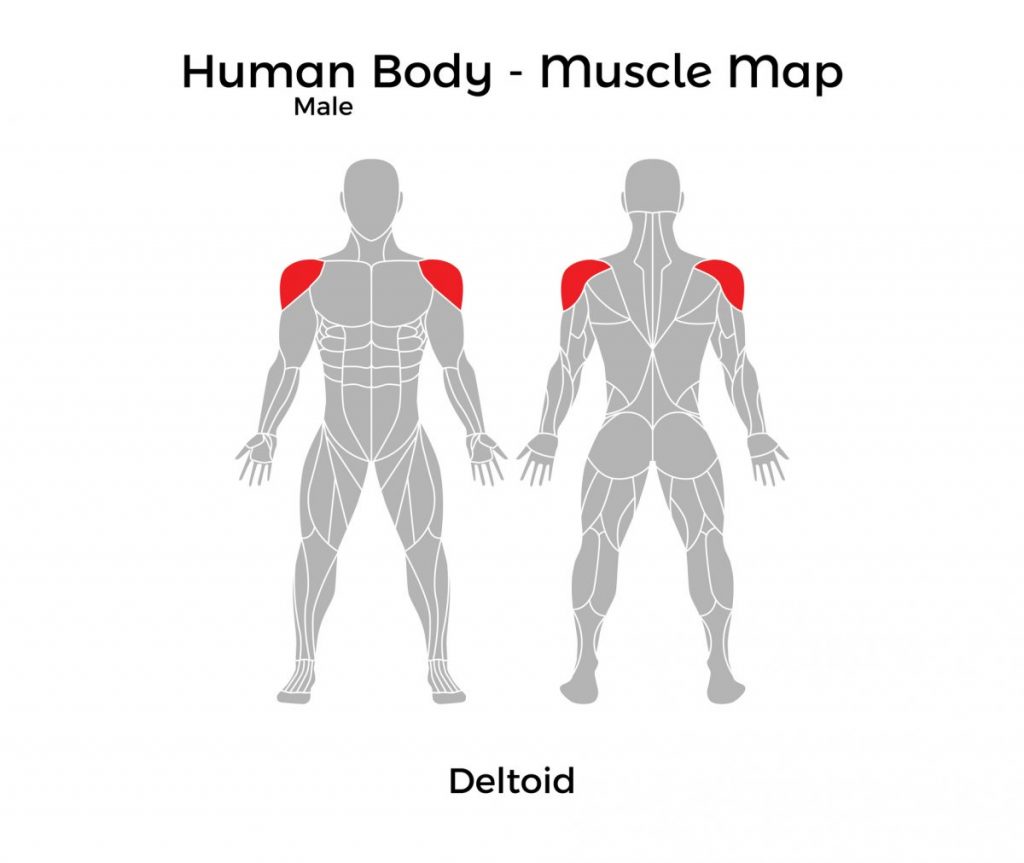 The pectoralis major is a large, fan-shaped muscle that sits just under the breast area. This muscle provides several actions. One such action is adducting the humerus bone that stretches from the elbow to the shoulder. This allows the arms to perform a flapping or lifting motion. The subscapularis and the teres major also assist in adducting the humerus. The hips and thighs have many adductor muscles, each of which allows for important leg motions. 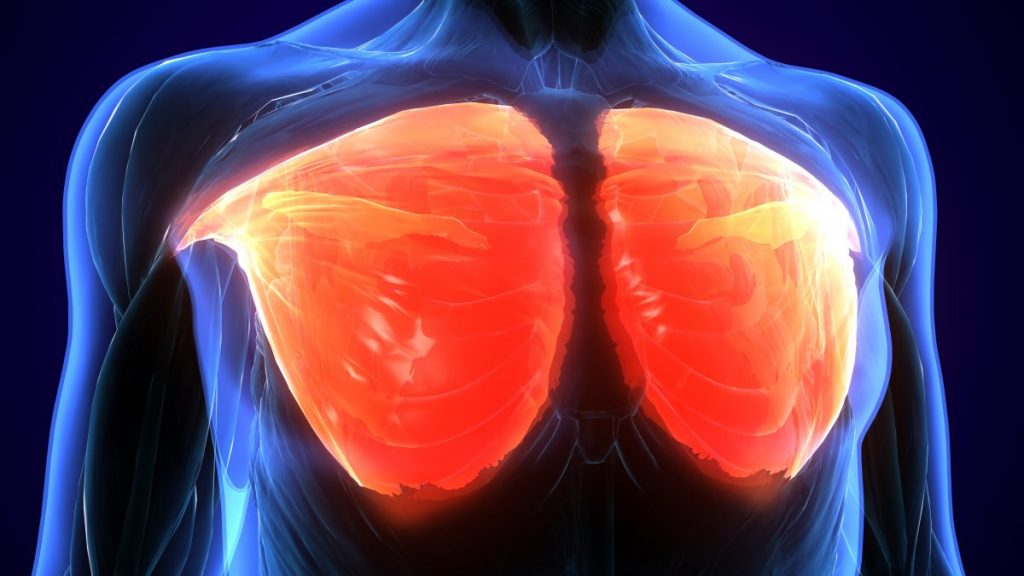 Exercising the muscles responsible for abduction and adduction can alleviate pain and provide additional strength. Exercising the shoulder abductors is simple using weights or an exercise band. Lift the band or weight by keeping the arms straight and raise them to the sides until they are even with the shoulders. Hip abductor exercises can be as simple as squatting with the legs spread horizontally or performing a standing groin stretch. 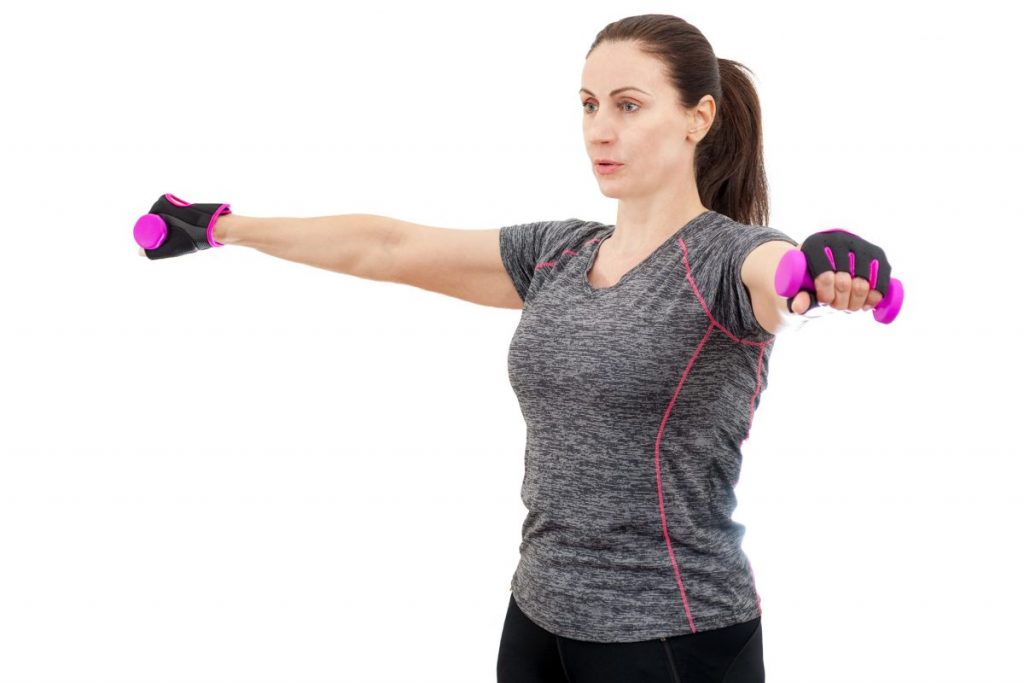 A popular shoulder adduction exercise involves lying down on the back, on a flat, firm surface. The arms extend to the sides to form a “T” shape with the forearms off the ground, pointing towards the air. Straighten the arms and leave them extended for a short time, similar to the motion of using a bench press. This exercise may involve weights for added strength building. An easy hip adduction exercise also requires lying down on a flat surface, this time on the side. The focus of the exercise is to slightly lift the lower leg until it lies in front of the upper leg and then resetting. This strengthens the adductors in the thigh and hip. 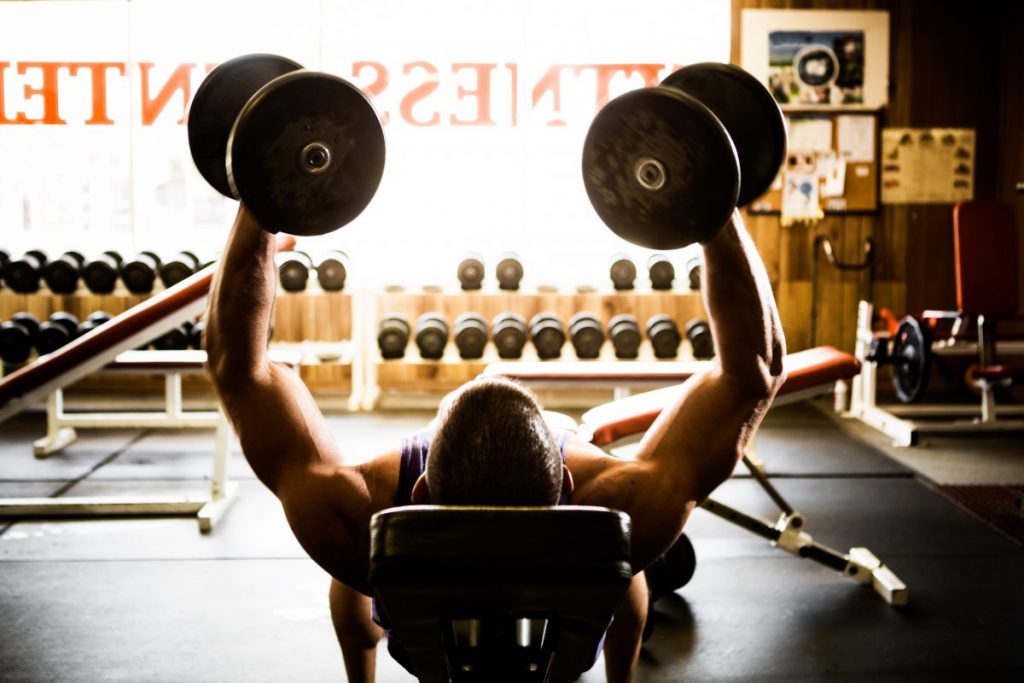 Many possible injuries can result from extreme abduction. Typically, the injury is the result of a fall or slip. Extreme leg abduction can fracture the pelvis and tear ligaments, tendons, and muscles near the perineum. Falling from some heights can also cause abduction injuries. The knee joints are not capable of abducting, so the damage is often severe. Treating these issues involves aligning the bone and performing surgery to repair any damaged areas of the body. 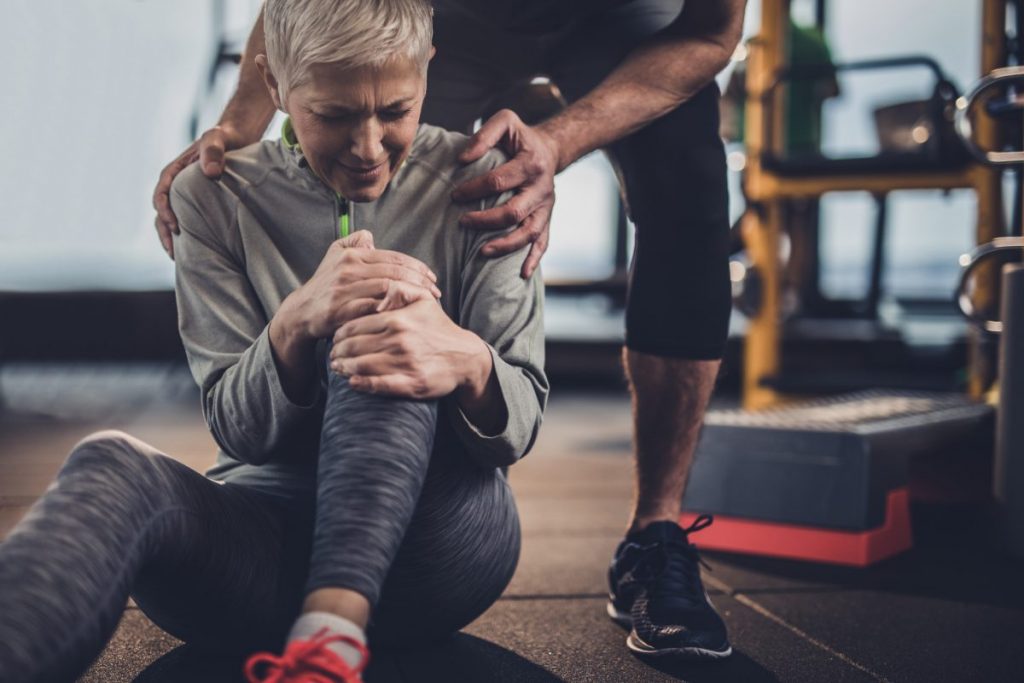 The hip adductors are particularly prone to damage, especially in athletes and active individuals. Most of the hip adductors connect to the groin and hip bones and many individuals confuse adductor injuries with groin pain. Acute symptoms occur after a fall or misstep. Gradual symptoms may be the result of excessive exercise and can continually worsen. The symptoms usually appear as pain on the interior of the thighs and a feeling of muscle tension. Treatment may include physical therapy if the damage is considerable. 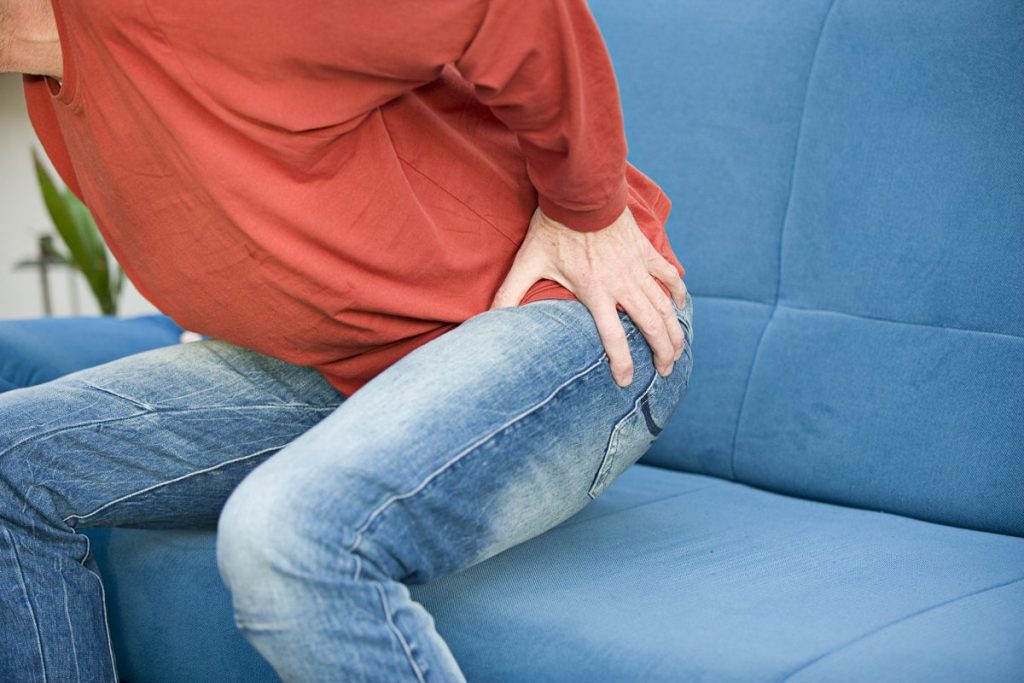