Where Do Freckles Come From?

Freckles are small areas of skin with extra pigment. These tiny spots are usually tan or light brown and lie flat. They often develop during childhood, though people can continue to get them throughout their lives. There are two kinds of freckles: ephelides and solar lentigines. The former are genetic and appear in childhood, while the latter are more common in older adults and come from sun exposure.

Freckles are caused by genetics and sun exposure. It's common for people with lighter complexions to developed freckles because the skin doesn't produce the kind of melanin that protects from UV rays. This is also why those with lighter skin, hair, and eyes should take extra care while outside, even on cloudy days. 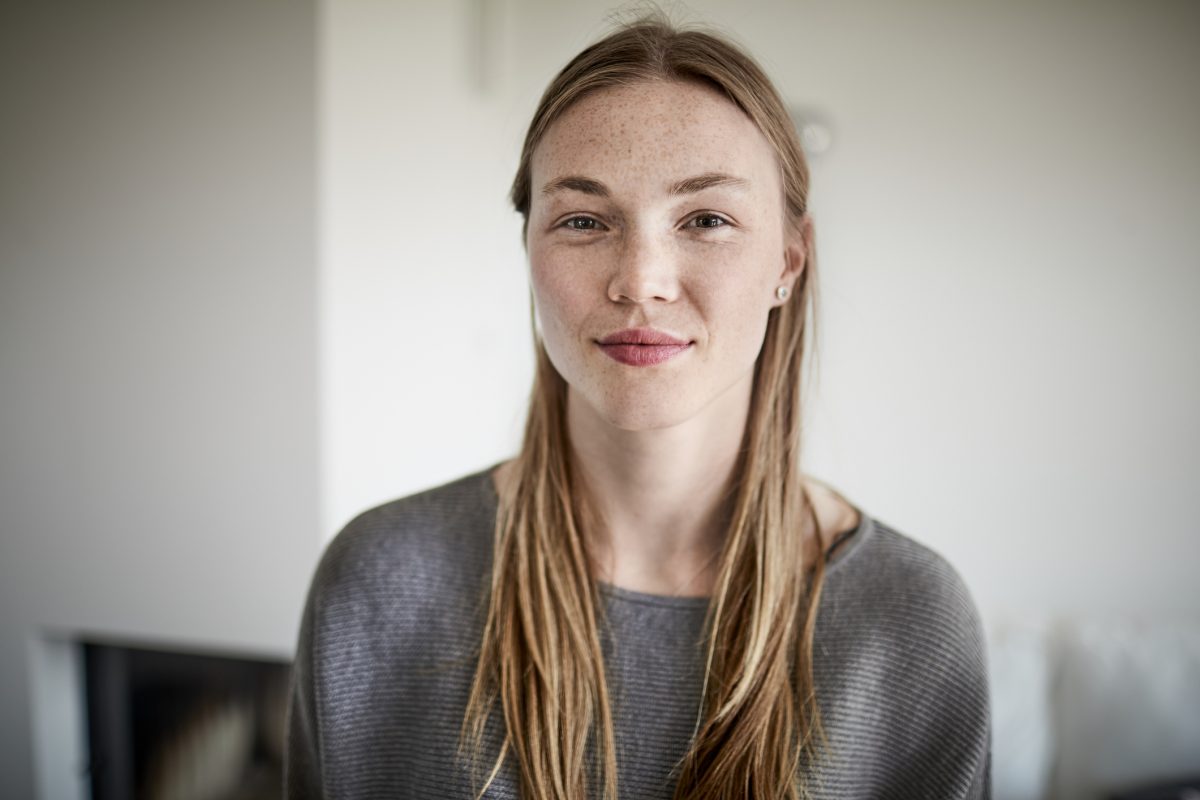 Too much sun can cause the skin to produce extra melanin to protect itself from the harmful UV rays. This can make freckles become darker or more apparent in the summer; they are also more likely to develop in areas exposed to sunlight, such as the face and arms. Research shows that sunscreen with SPF 30 or higher is crucial in preventing sun-exposure freckles because it protects the skin from the suns' harmful effects. 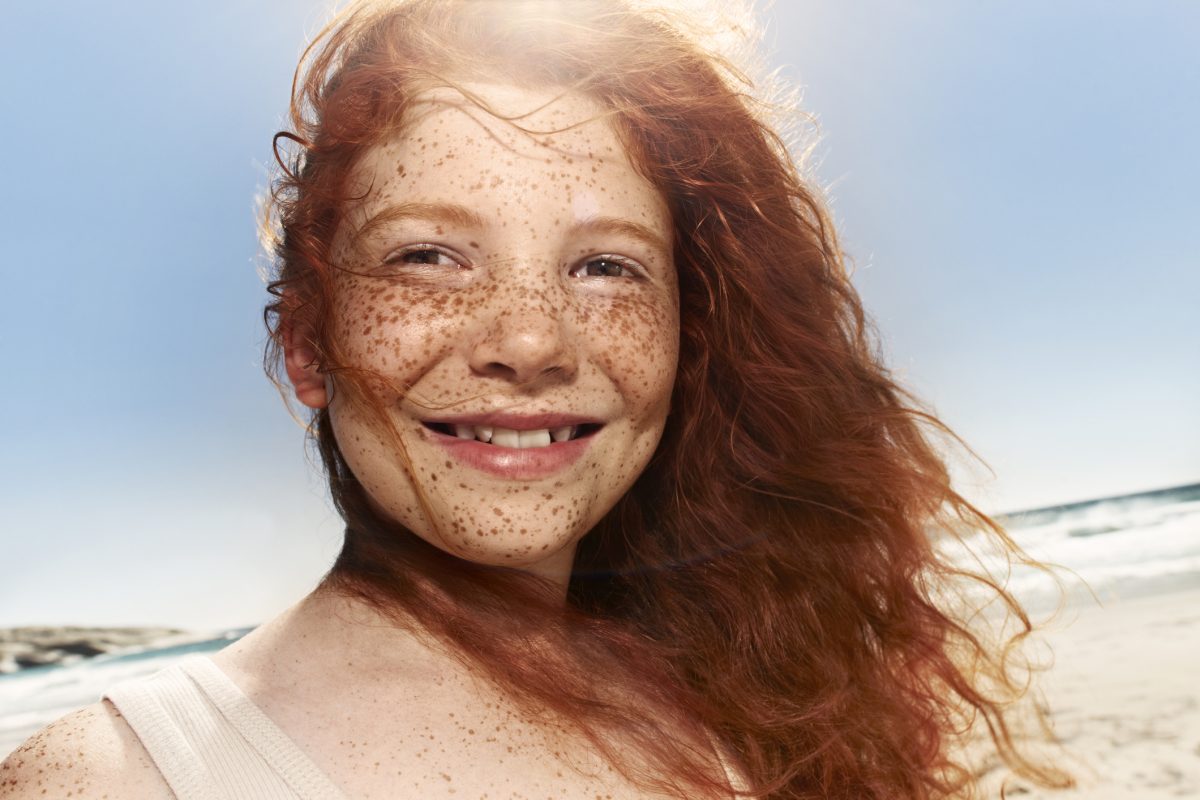 Genetics play a role in who is more likely to develop freckles depending on the kind of melanin their body produces. There are two types. People with darker eyes, hair, and skin often have eumelanin — a type of melanin that makes developing freckles less likely. People with a lighter complexion produce pheomelanin, which does not protect the skin from harmful UV rays. 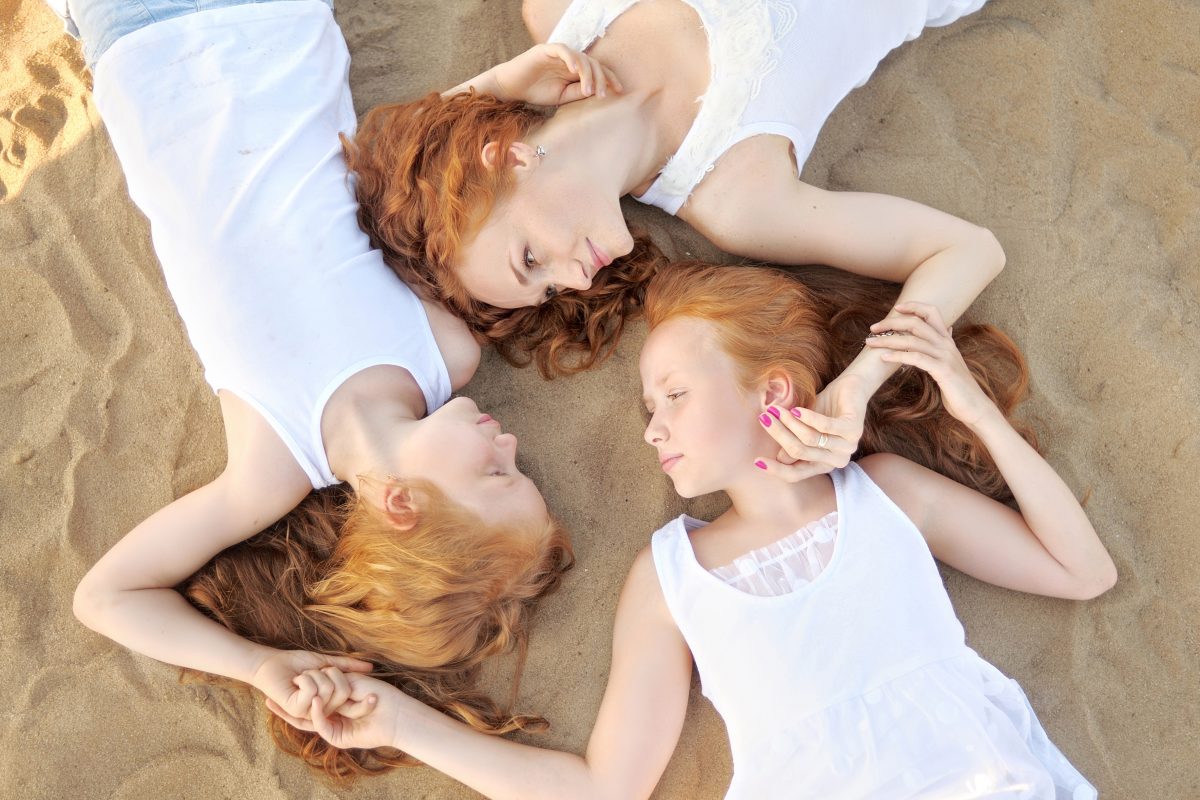 True freckles are harmless and almost always appear on body parts exposed to the sun. The biggest risk from freckles is usually due to people assuming a problematic skin spot is "just a freckle." People with freckles are more at risk of developing skin cancer because of the type of melanin their bodies produce. 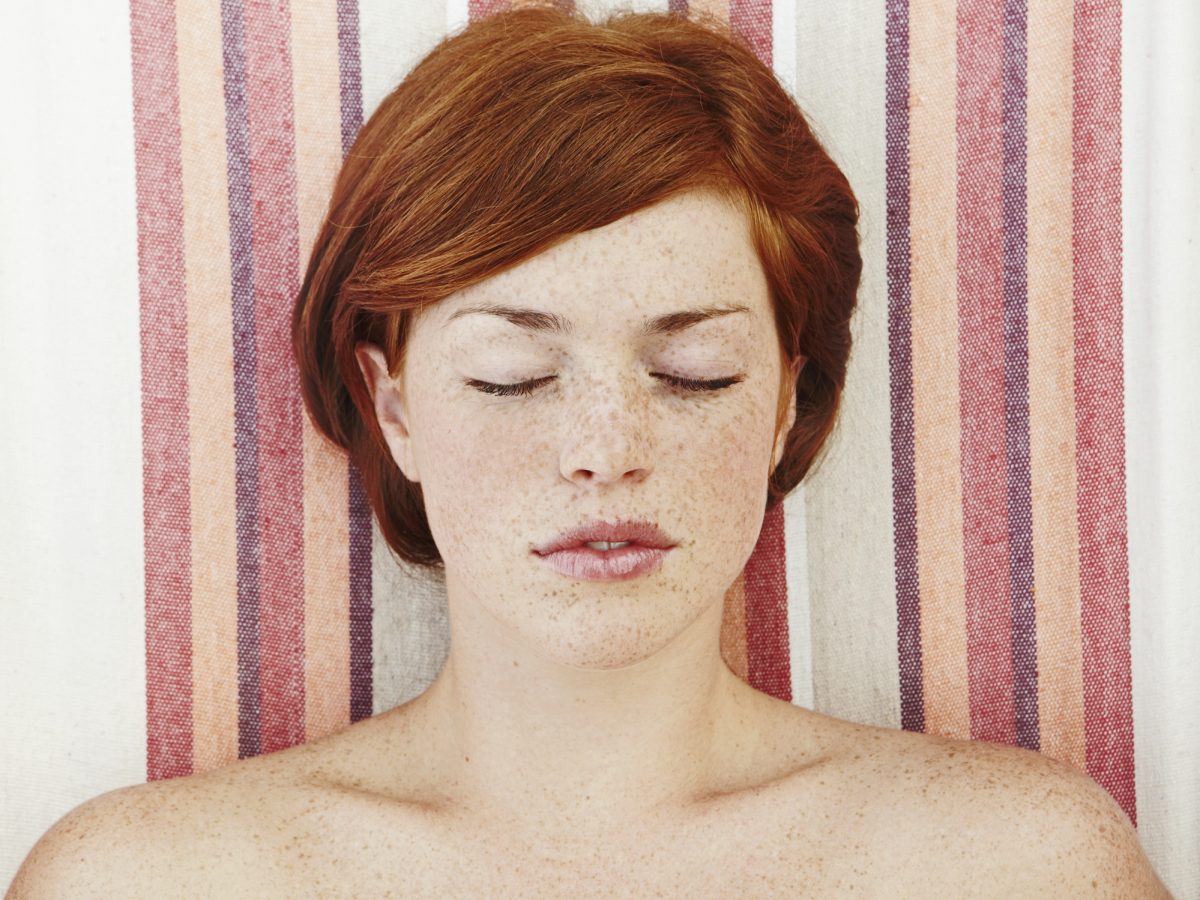 Freckles can occur in clusters, while moles may occur singularly or in groups. Freckles are usually light in color and flat against the skin, while moles are more often raised and are darker compared to the rest of the skin. Moles appear as black or brown spots that may change shape or size, even disappearing with time. Some moles become cancerous, which is why it's important to see a doctor when a mole grows too fast, has an uneven border, or is multiple colors. 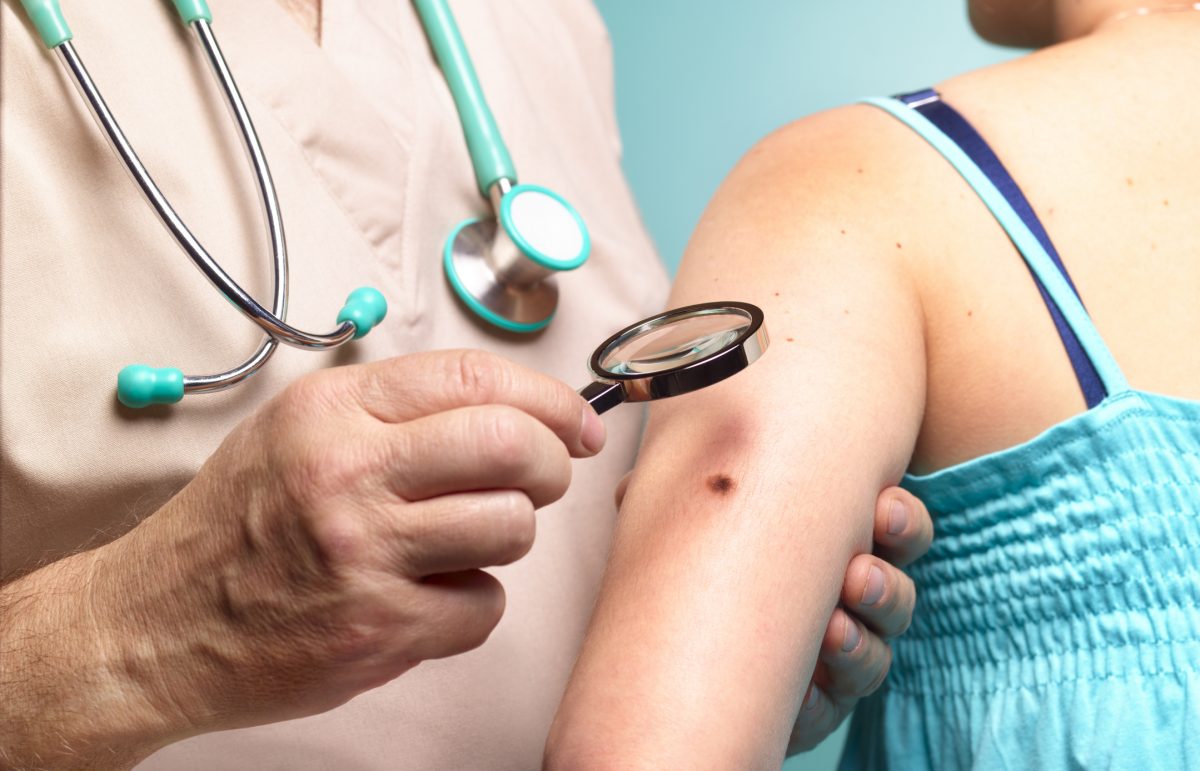 Age spots are another term for solar lentigines, the second type of freckle. They occur in older adults. They come from sun exposure and typically appear as dark brown spots. The hands and face are, again, the most common areas to develop these spots. People over 50, especially those who spend more time in the sun, are the most likely candidates for this type of freckling. 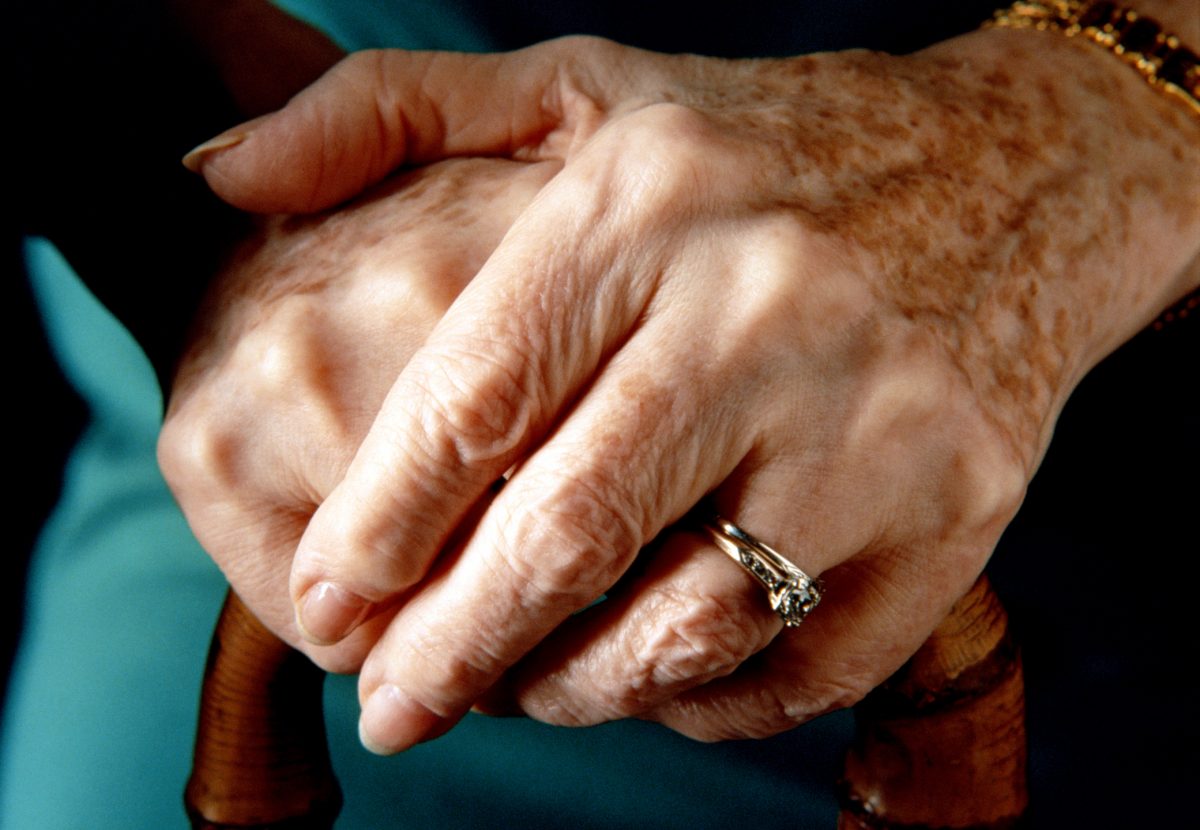 Hutchinson's freckle is an uncommon skin cancer that affects mostly older adults. Those who spend long hours in the sun are most susceptible, though the condition is merely superficial with timely treatment. If left untreated for months or years, Hutchinson's freckle can turn into a more aggressive type of malignant melanoma. 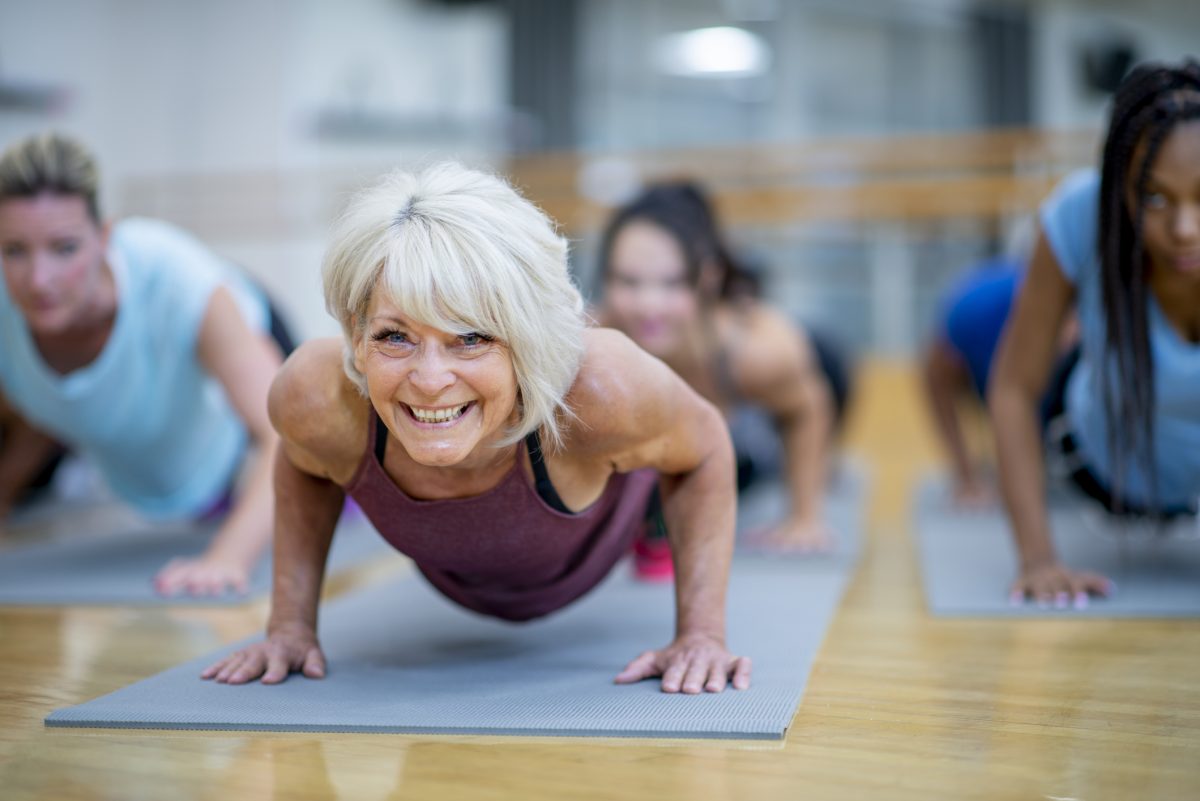 Because freckles seldom cause a health risk, they don't often require treatment. Cosmetically, people who don't like the look of their freckles can usually conceal them with makeup. If a person develops freckles on the skin generally covered by clothing and not exposed to the sun, they may need to discuss this with a doctor. The doctor may want to perform a biopsy to rule out or identify malignant causes. 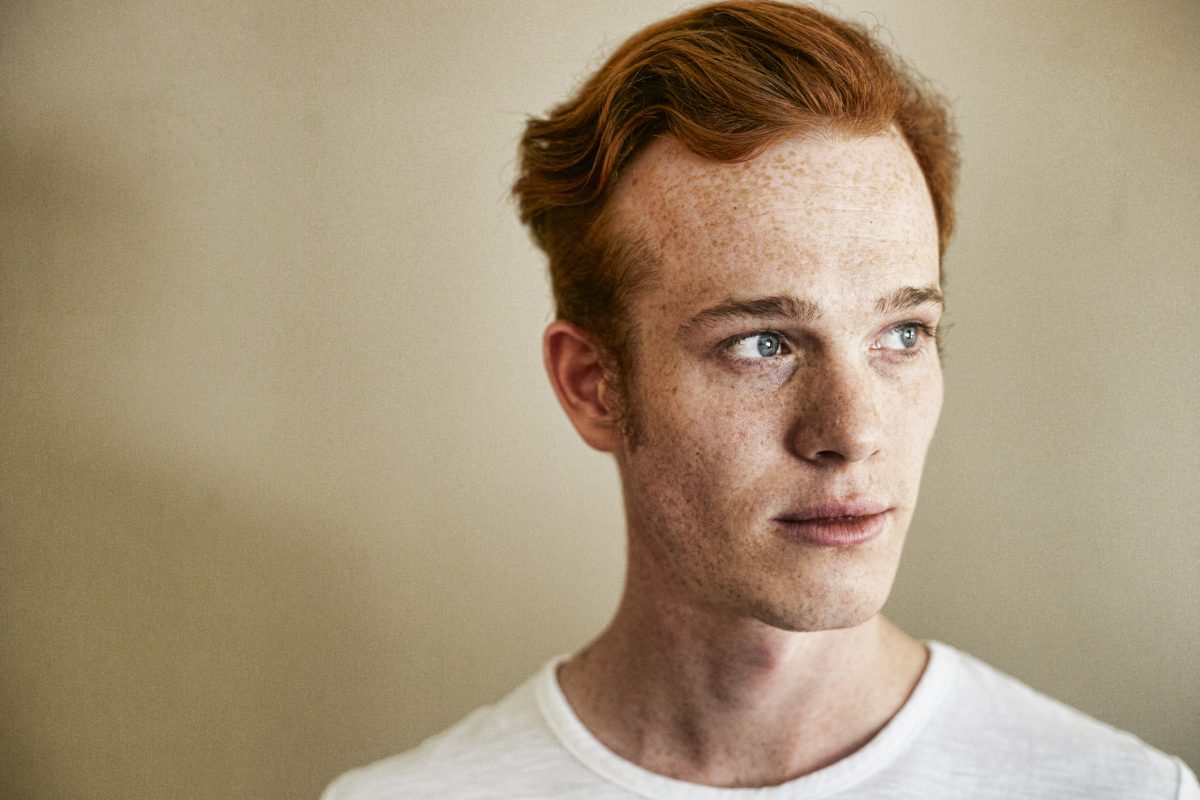 Freckles should not cause any symptoms. In case of itching, burning, or redness, see a dermatologist for evaluation. Freckles won't often change shape, unlike moles. However, they may disappear and reoccur with the seasons. If there is any swelling or bleeding, it's crucial to see a doctor as soon as possible. 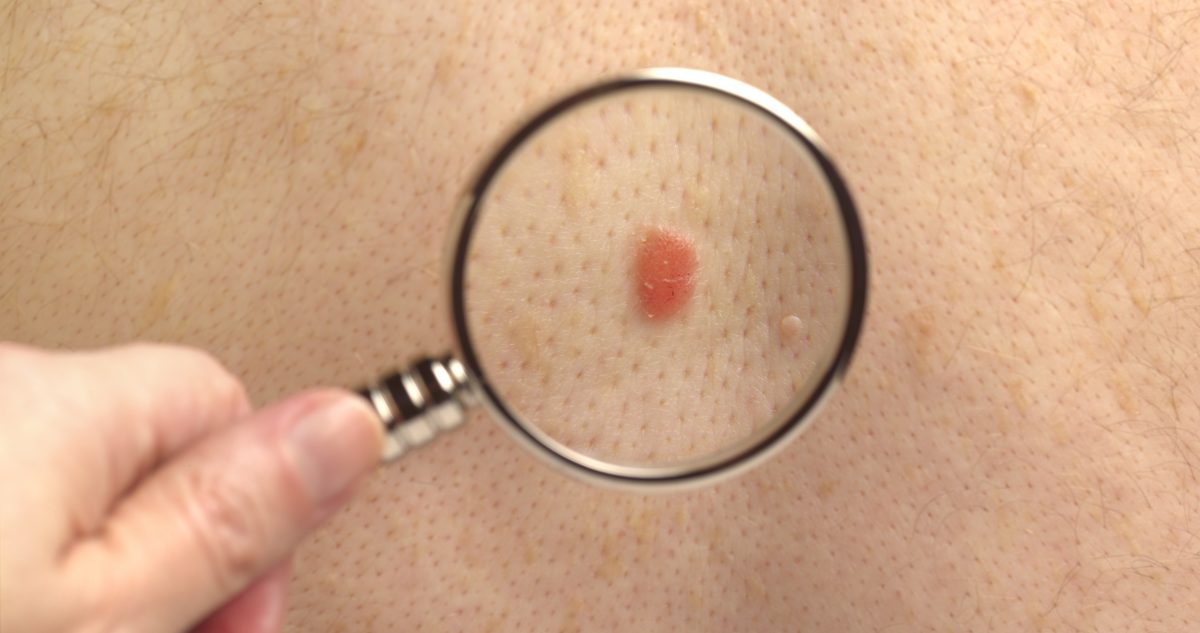 Especially for people with fair complexions, it's essential to take good care of the skin. Seeing a dermatologist for yearly checkups can help identify any new growths quickly and prevent future problems. Take the extra time to examine the skin and be sure to report any signs of irritation. 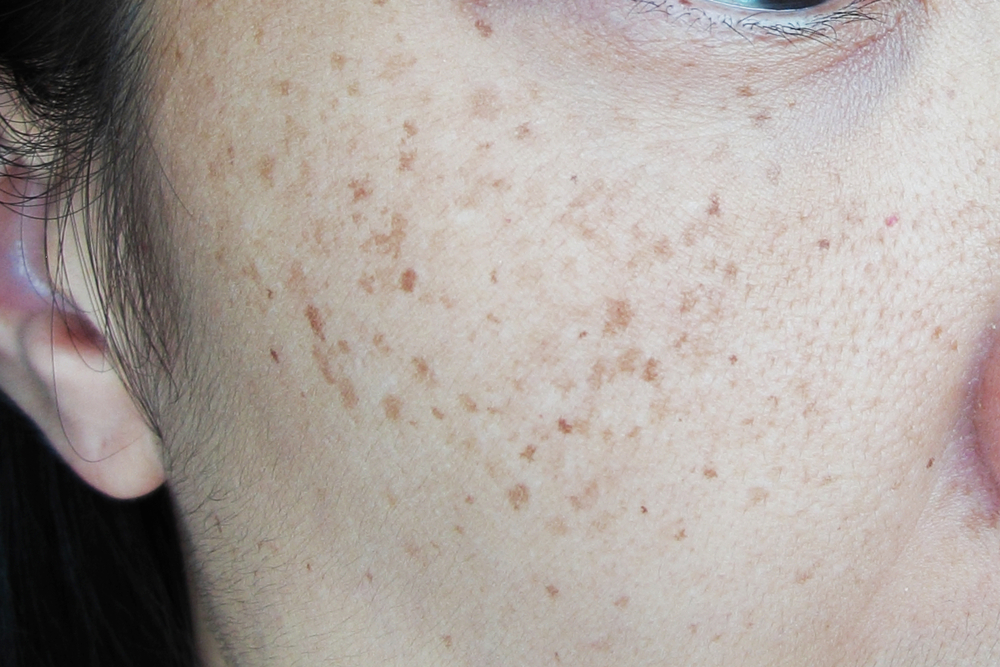