The Science Behind Eye Color

Eye color has fascinated people throughout history. Myths and legends grew up around the rarer colors gracing these "windows to the soul." Some superstitions and folklore, such as the link between eye colors with certain abilities and personality traits, survive into modern times, even though we now know that genetics determines eye color. Still, scientific advancement has revealed that the genetics behind eye color are more complex than researchers first believed.

Eye color was once viewed as a basic Mendelian trait determined by one set of genes with dominant and recessive alleles. More recent research discovered eye color doesn't follow classical inheritance patterns. Approximately 16 genes determine eye color, and genes are influenced by incomplete dominance and epistasis. Epistasis means that a gene is affected by the expression of one or more additional genes. In short, eye color depends on many different genes and their effects on each other. 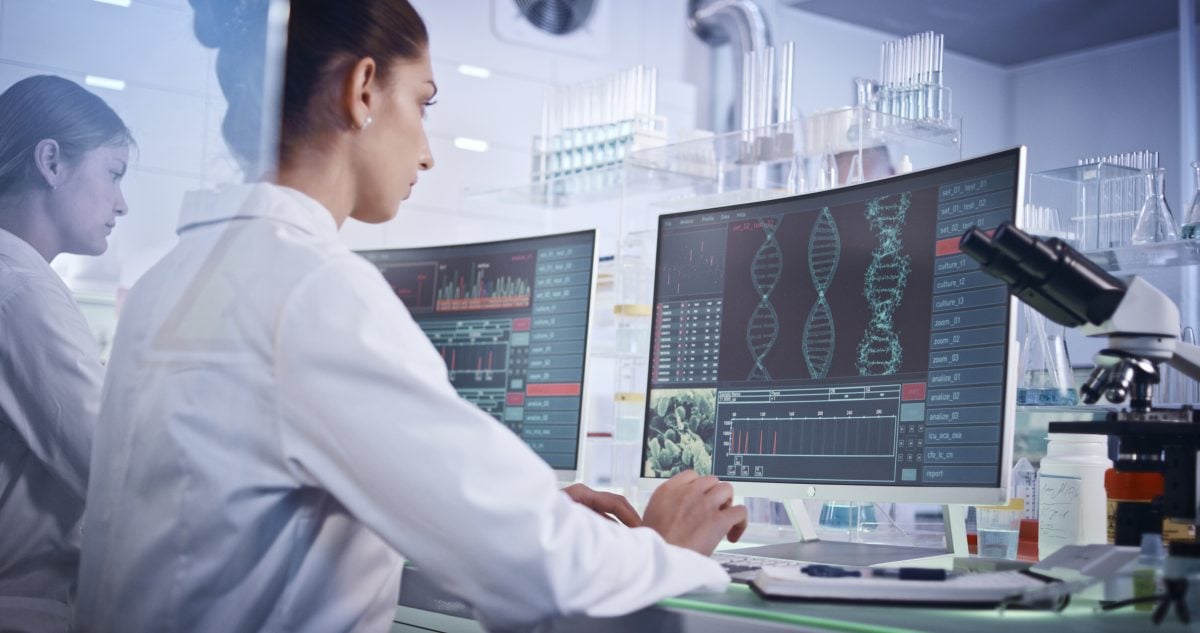 Human eye colors vary widely, with shades of brown, amber, blue, gray, hazel, and green. Cells called melanocytes in the iris contain melanin pigment in their cytoplasm. Eyes of any color contain the same number of melanocytes. Variations in the amount, distribution, and type of melanin pigments within melanocytes account for different colors. 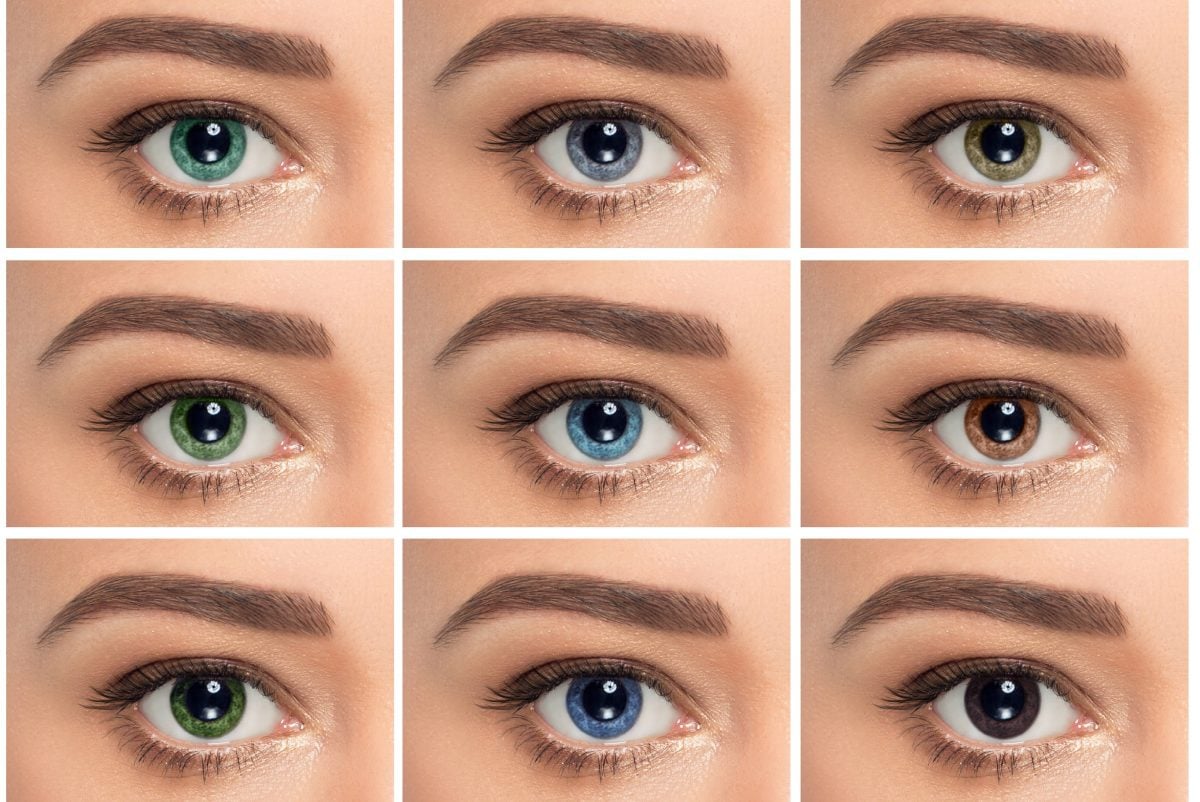 Over half of the human population worldwide has brown or amber eyes. Blue, green, gray, and hazel eyes are only common among people with European ancestry. Green is the rarest eye color. It occurs in approximately 2% of the entire human population or about 150 million people. 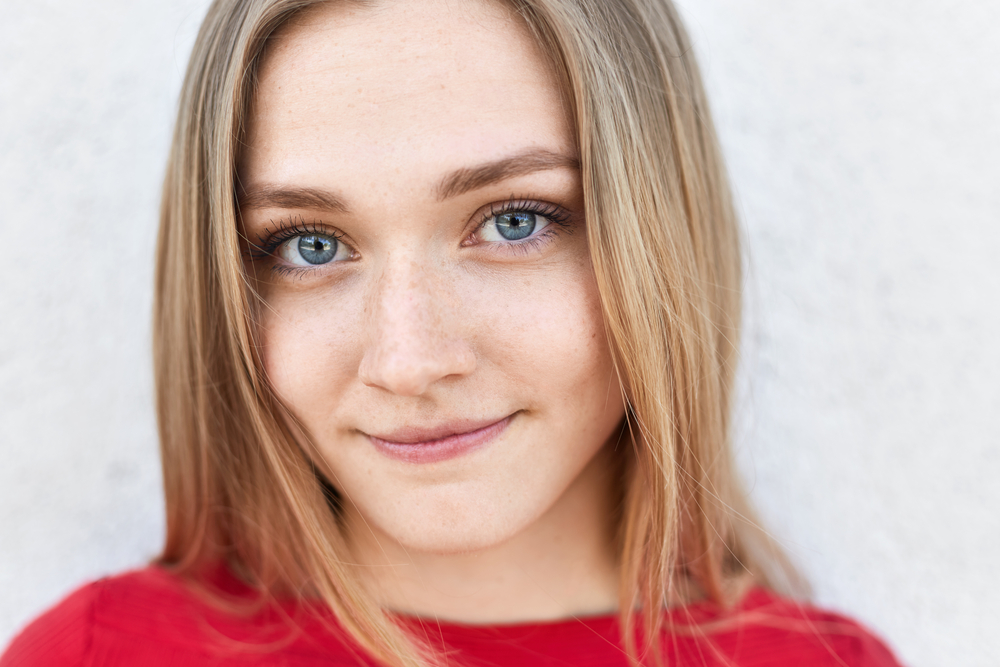 A common misconception is that two parents with blue eyes can't have a child with brown eyes. Brown eyes would be impossible in such a scenario with just two dominant or recessive genes, but that isn't the case. Complex genetic interactions can let blue-eyed parents have a brown-eyed baby. The opposite can also occur; children with blue eyes are occasionally born in isolated populations with uniformly brown hair and eyes. 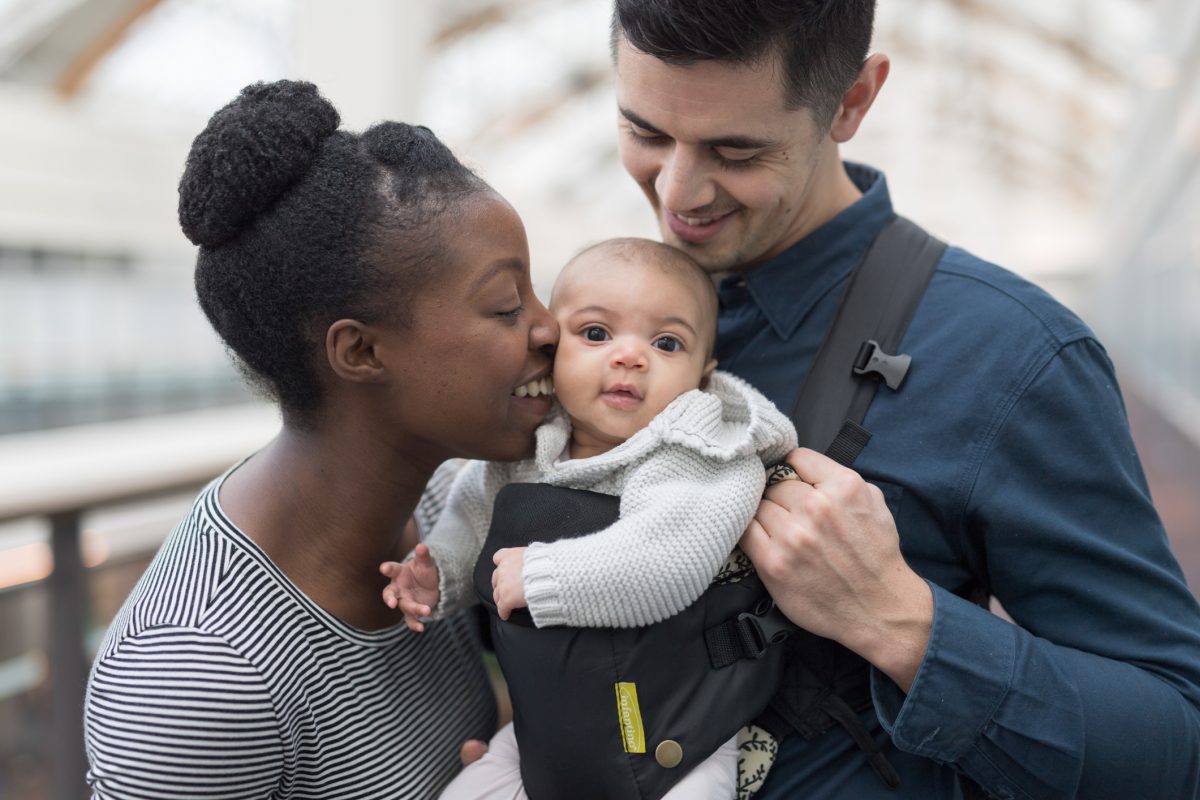 People with heterochromia have irises of more than one color. Cats often have this trait too, and some cultures thought it signified mystical origins. Complete heterochromia means one iris is a different color than the other, while partial heterochromia refers to multiple colors within a single iris. Heterochromia may be present at birth or acquired later in life due to illness or injury. 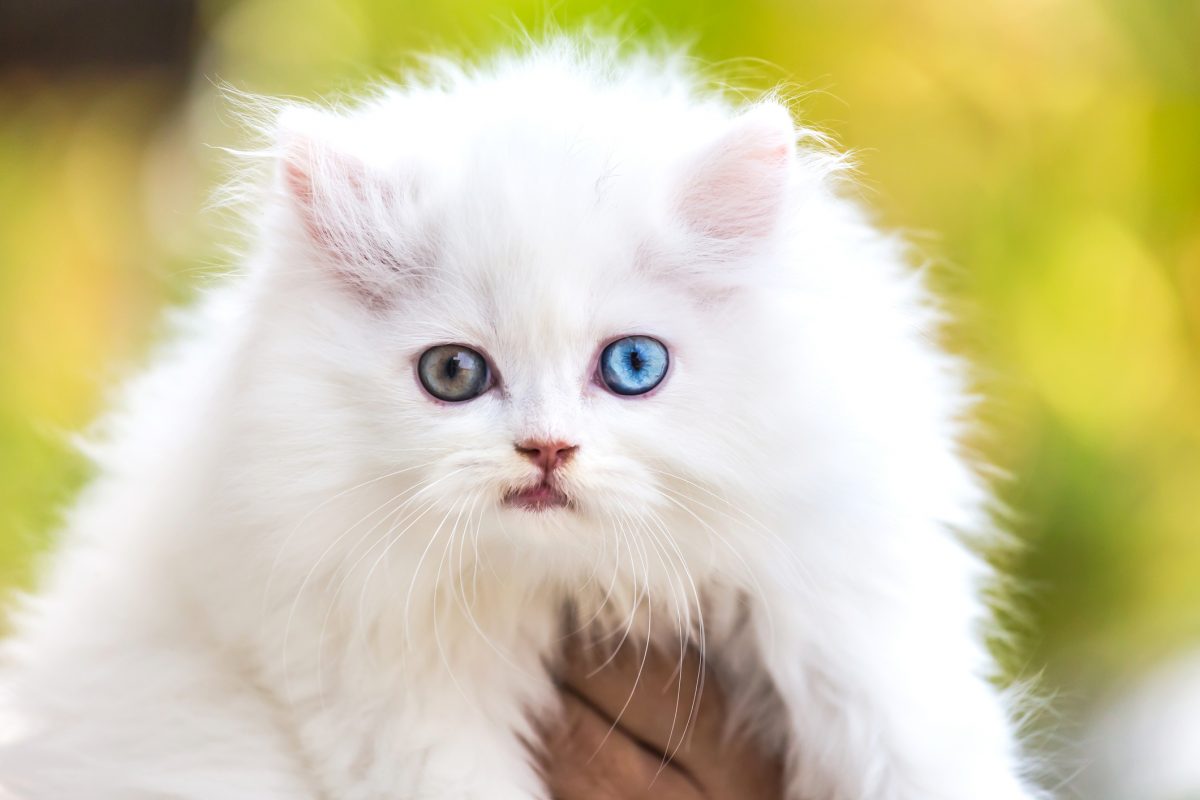 The belief that eye color changes with mood is surprisingly common. However, eye color changes very little throughout life unless the pigments fade with age. Our eyes don't change color every time our moods change, but the pupils can dilate in response to strong emotions. Large pupils make the iris seem darker. Red blood vessels after crying also create a contrast that temporarily intensifies eye color. 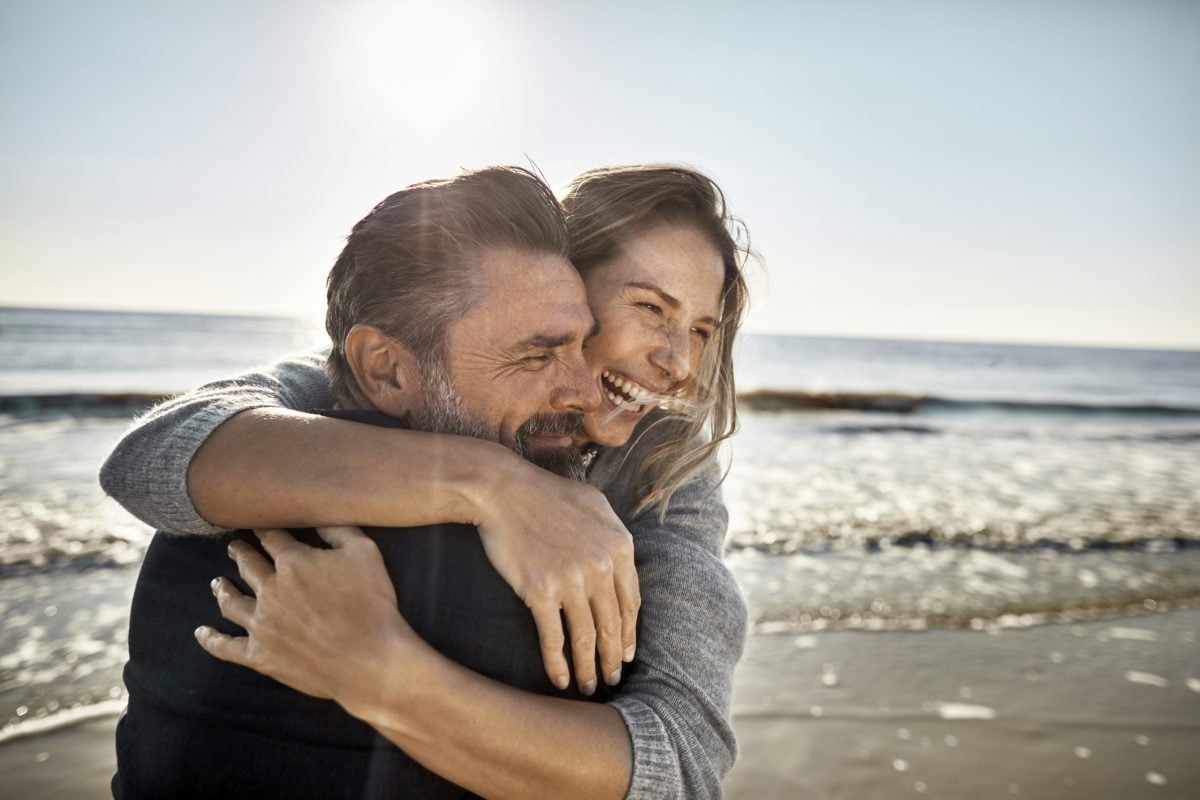 Eyes appear pink or red when the iris lacks pigment and blood vessels show through. Almost all pink or red eyes are caused by albinism. Some types of albinism affect the entire body, while ocular albinism affects the eyes alone. The condition is associated with vision problems, such as poor depth perception and photosensitivity, and many people with albinism are legally blind. 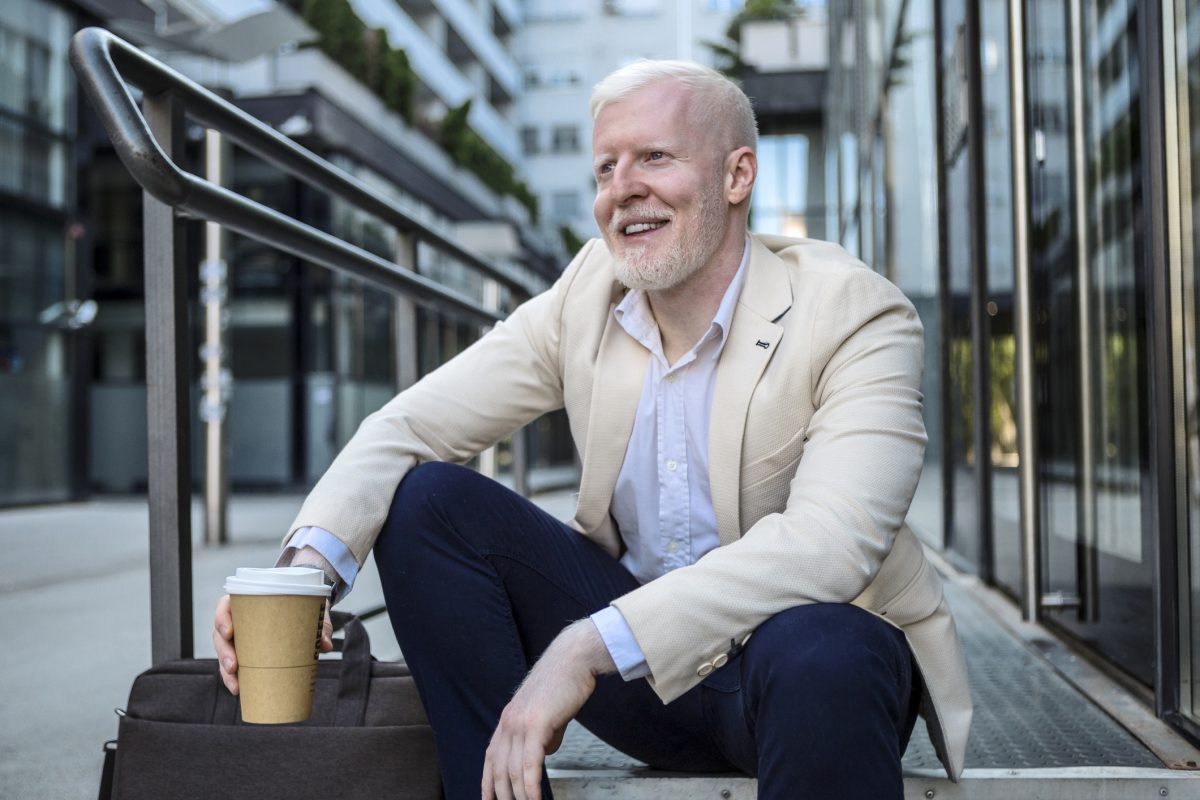 Some vision problems are correlated with eye color, but a definitive link has yet to be established. Age-related macular degeneration and uveal melanoma, a rare cancer of the eye, are more common in people with light-colored eyes. Cataracts, the most common cause of blindness, occur more often in people with dark irises. 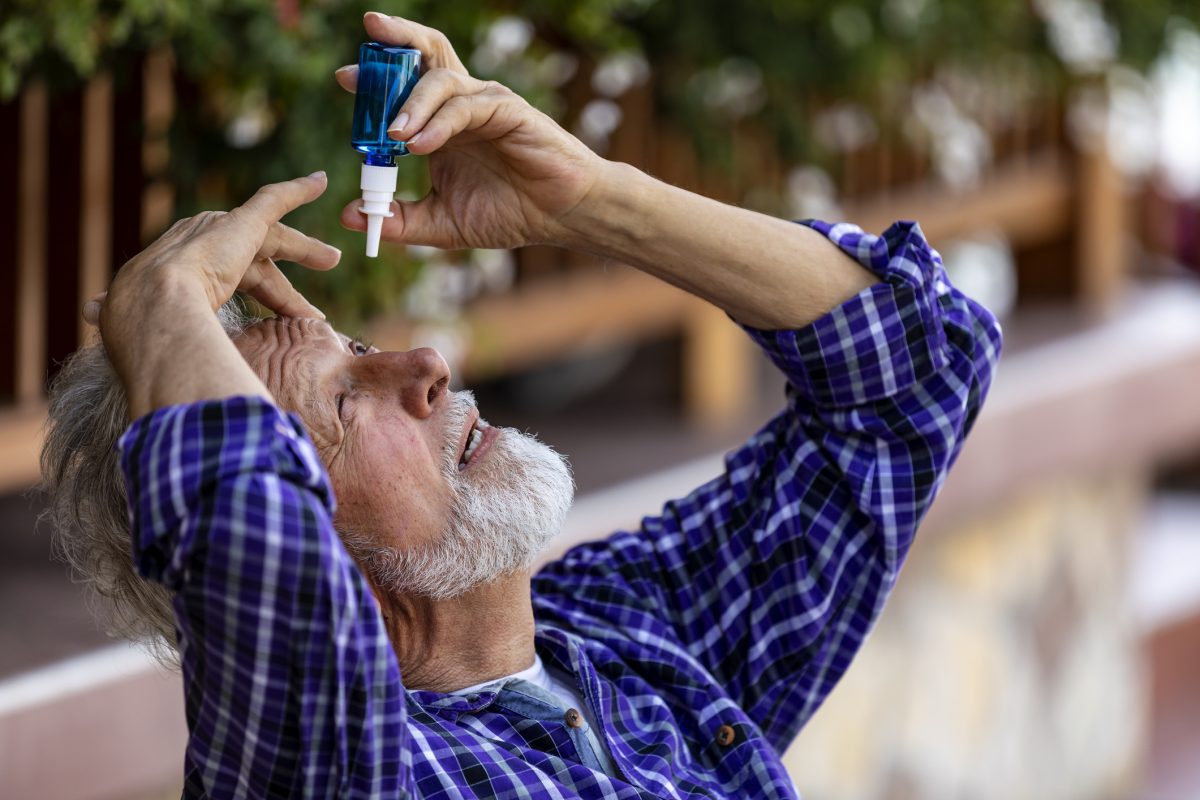 Red hair and green eyes are often associated with Irish descent. Blue eyes and blond hair are sometimes linked as well. Blue and green eyes occur in 2 to 8% of the worldwide population. Approximately 3% of these people have blond hair, while only .05% have red hair. We regularly see these relatively rare traits, alone or together, in the United States. Although genetics of eye color, and other traits, aren't fully understood yet, geographical location and ancestry provide a basis for expectations of genetic makeup and common traits in any given population. 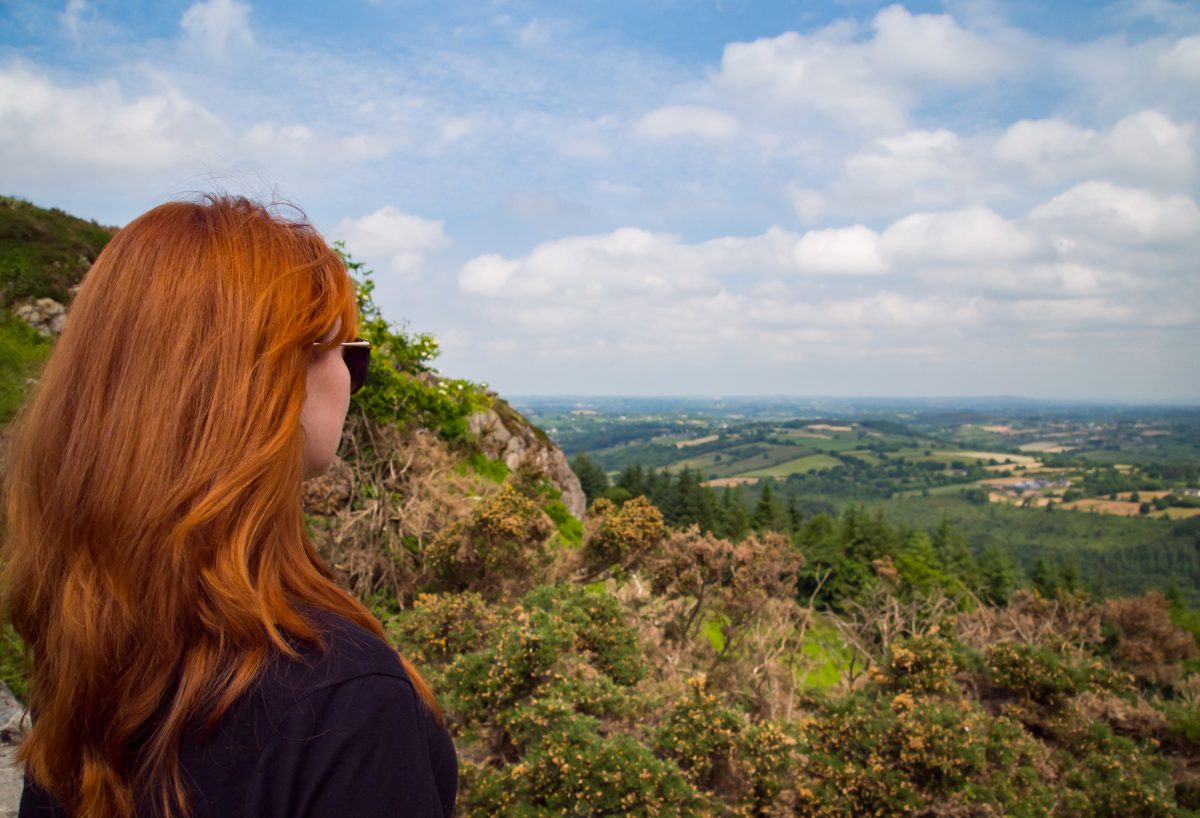 The iris is comprised of numerous layers and structures. Folds, ridges, pigment distribution, and patterns of color are unique for everyone. Some biometric scanners use algorithms that target 240 features of the iris for identification. That is almost 5 times the number of targeted features in a fingerprint scan. 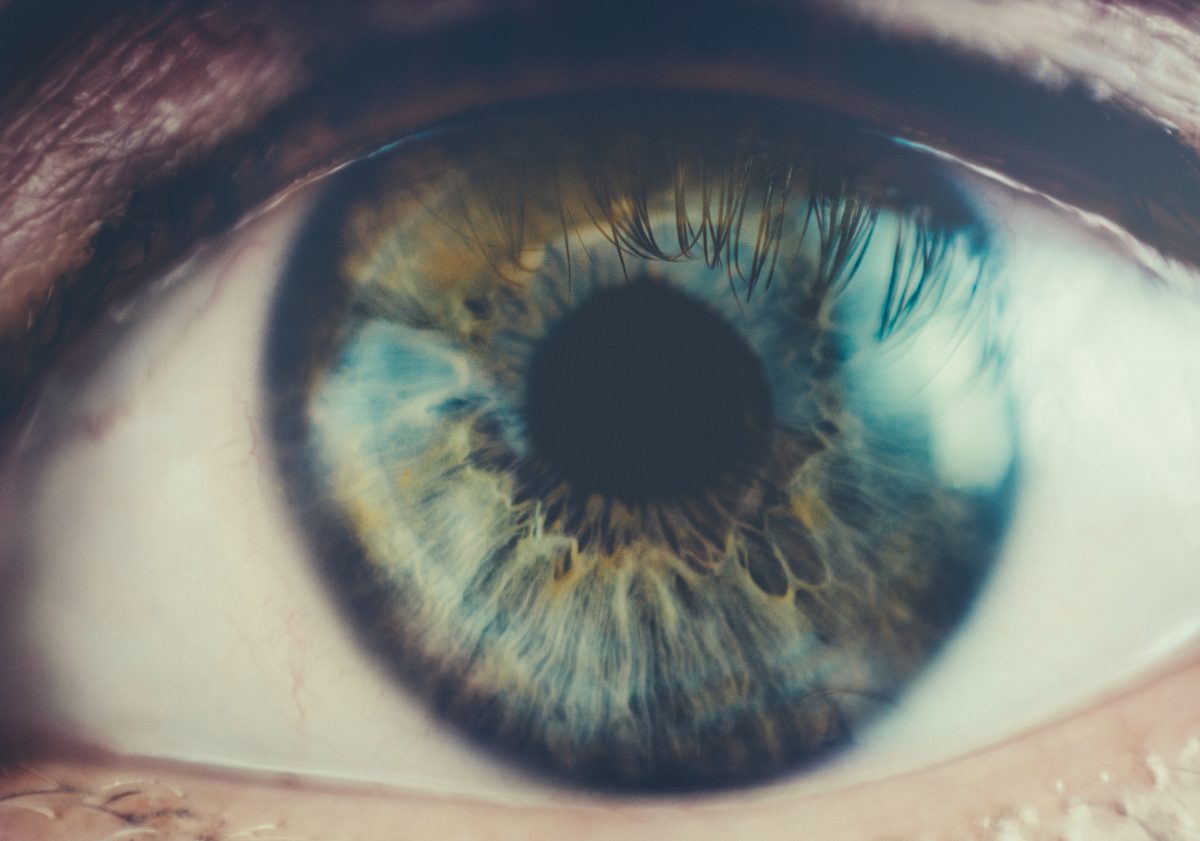