All About Organ Donation

Each year, the number of men, women, and children who depend on organ donation for their survival increases, but the supply of available organs remains scarce. According to federal statistics, 20 people in the U.S. die each day waiting for an organ transplant. Most Americans support organ donation. However, only 58% of those who support it sign up as organ donors themselves. Improved education around the processes involved in organ donation could encourage more people to register.

What is Organ Donation?

People can choose to donate their healthy internal organs, skin, bone, bone marrow, and corneas to another person, and this choice can save many lives. In the United States, individuals can register to become organ donors through their state’s registry, by signing up online or at the motor vehicle department. Though most organ donation takes place after the donor has died, some organs and tissues can be donated during life. Because living donation is major surgery, it involves many physical, psychological, and financial factors that both donor and recipient must take into consideration. 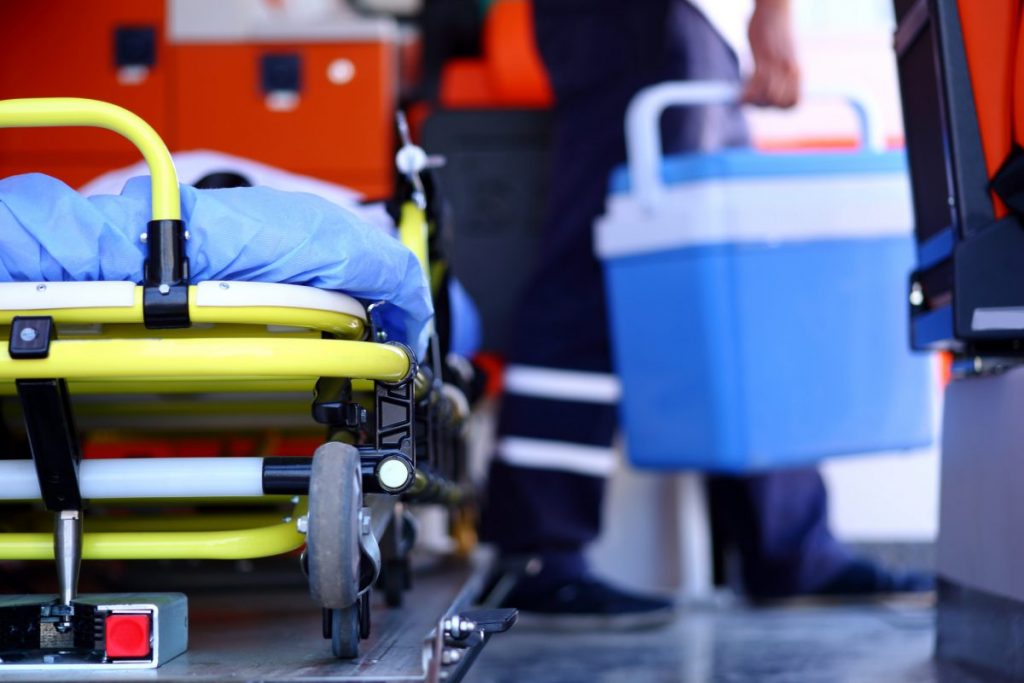 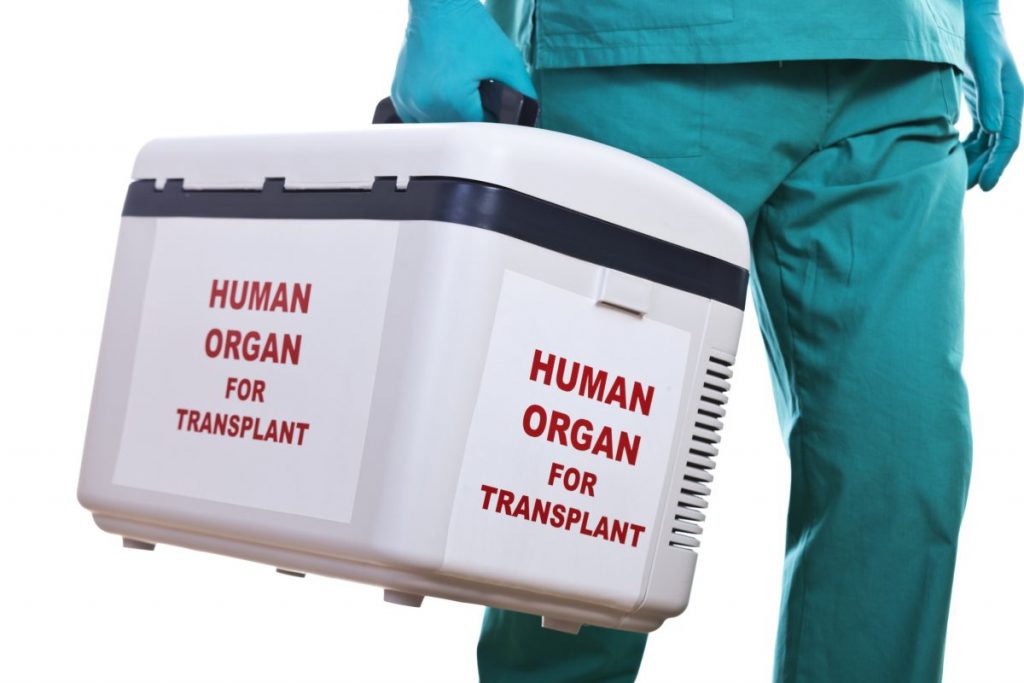 Who Can Donate Organs?

A single person can donate up to eight organs, but those eight organs could save up to 50 people. The donor determines which organs they wish to donate, and he or she has the right to adjust this list at any time. Of course, the organs must be healthy to be donated. The donor and organs undergo evaluation to determine which ones are suitable for donation. If a person has cancer, HIV, or an active infection, they are not a suitable donor. To sign up for organ donation, an individual must be over the age of 18. In some states, those under 18 can register, but their adult family members will make the final decision in the case of their death. Some people must consider their religious beliefs, as well. 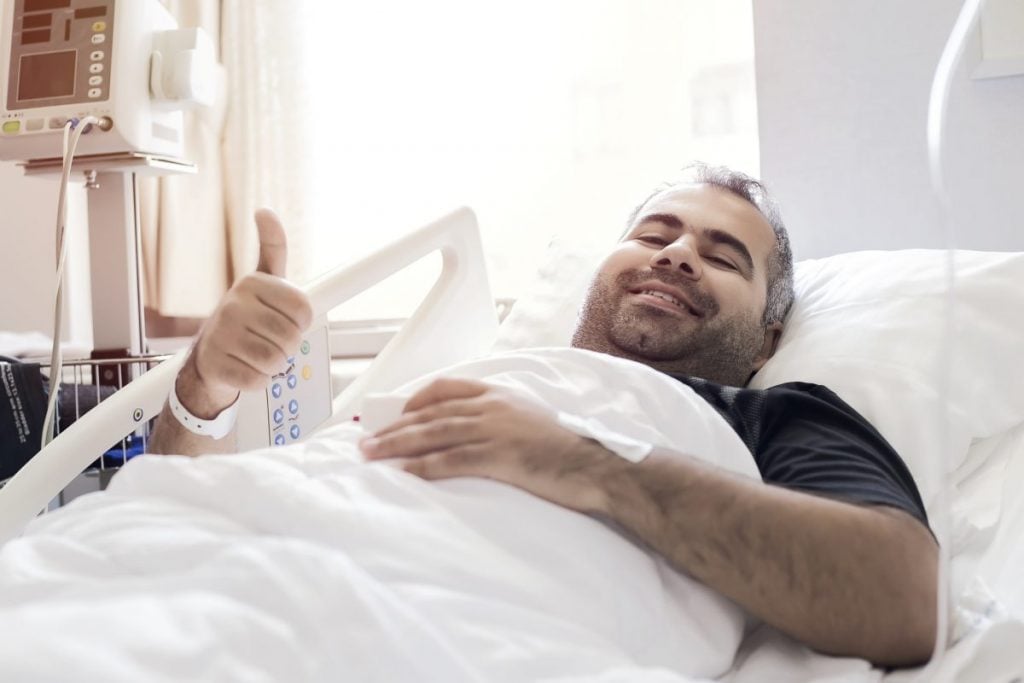 Some people believe that because there is such a high demand for organs, medical personnel may not try as hard to save an individual with viable organs. Doctors who treat patients have no connection to the organ procurement team or the transplant team, however, and there is no evidence of this.

Another myth is that those who undergo organ donation cannot have an open-casket funeral service due to the damage caused by the removal of the organs. Donation specialists say this is untrue. The transplant team treats the donor’s body with great care and respect. Clothing hides any incisions from the organ removal. 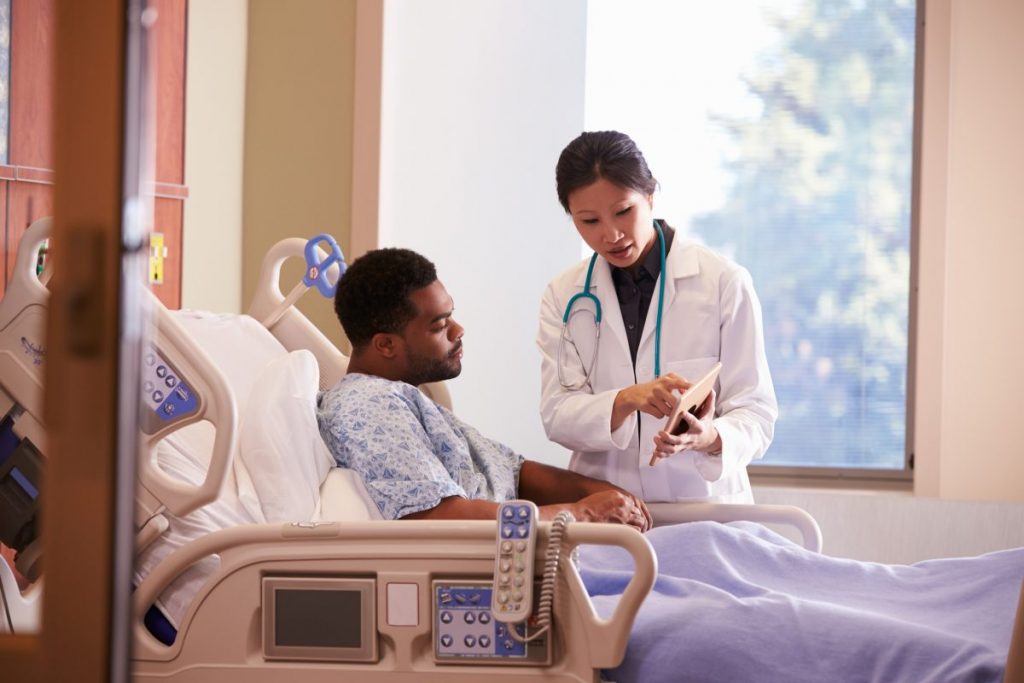 Last year, surgeons transplanted more than 21,000 kidneys and 8,000 livers, a reality that identifies these organs as high-priority. Nearly 95,000 people are on the waiting list for kidneys, and more than 13,000 are awaiting liver transplants. According to the CDC, more than 100 million Americans live with diabetes, which is linked to kidney failure, and 37 million have chronic kidney disease that could eventually lead to the loss of kidney function and the need for a kidney transplant. 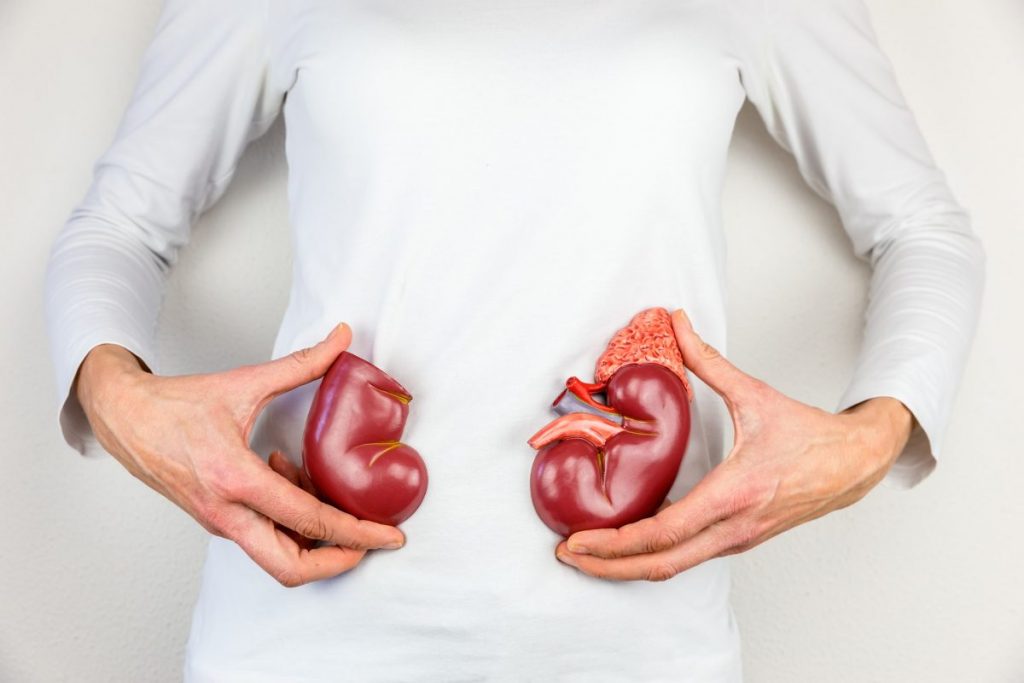 Organ procurement organizations (OPOs) are solely responsible for recovering organs from deceased donors and are federally regulated. All organ recoveries must adhere to the strictest of medical and ethical standards. They work with donor hospitals to match donors and organs for transplants. Currently, there are 58 OPOs located across the U.S. If a designated donor receives a diagnosis of an irreversible loss of blood flow to the brain, doctors declare them brain dead. Life support keeps the body functioning while a nurse from the OPO evaluates the patient to determine if he or she is medically suitable for organ donation. A trained member of the hospital staff or the OPO then obtains consent from the family. 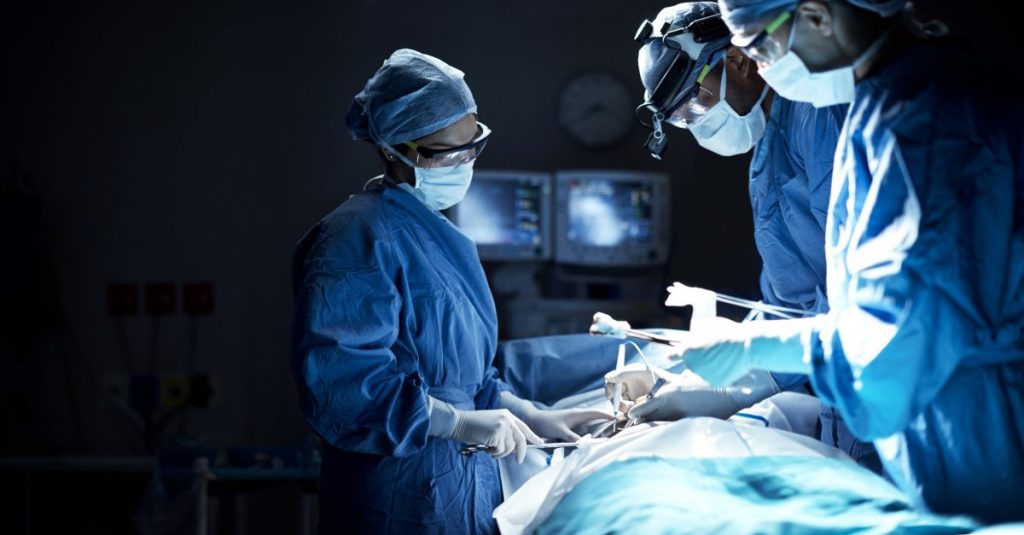 More than 120,000 people in the U.S. are currently on the waiting list for organ transplants. Workers enter the donor’s height, weight, and blood type, along with the hospital’s zip code, into the United Network for Organ Sharing (UNOS) system that manages the national transplant waiting list and matches donors with waiting recipients. Surgeons remove the donor’s organs in an operating room at the hospital and send them to transplant hospitals where candidates are waiting. According to UNOS, the national computer system ensures ethical and fair distribution. They distribute available organs based on blood and tissue typing, organ size, urgency, waiting time, and geographic location.

Fairness of the UNOS System for Allocation

In July 2018, six patients sued UNOS and the Organ Procurement and Transplantation Network because they claim that the system was illegal and inequitable. Some regions, such as New York and California, have longer wait times and higher demand than those regions in the Midwest and South, where donor registration rates are higher. When Steve Jobs, the founder of Apple, needed a liver transplant, he bought a home in Memphis, TN. This allowed him to get on the waiting list in Tennessee, which was shorter than the one in California where he previously lived. It wasn’t illegal, but most people awaiting a donor organ don’t have the financial means to relocate to increase their odds. Although the lawsuit is ongoing, UNOS adopted a new policy for donating livers in May, 2019. It allows available livers to go to the sickest patients living within a 500-mile radius of the deceased donor. 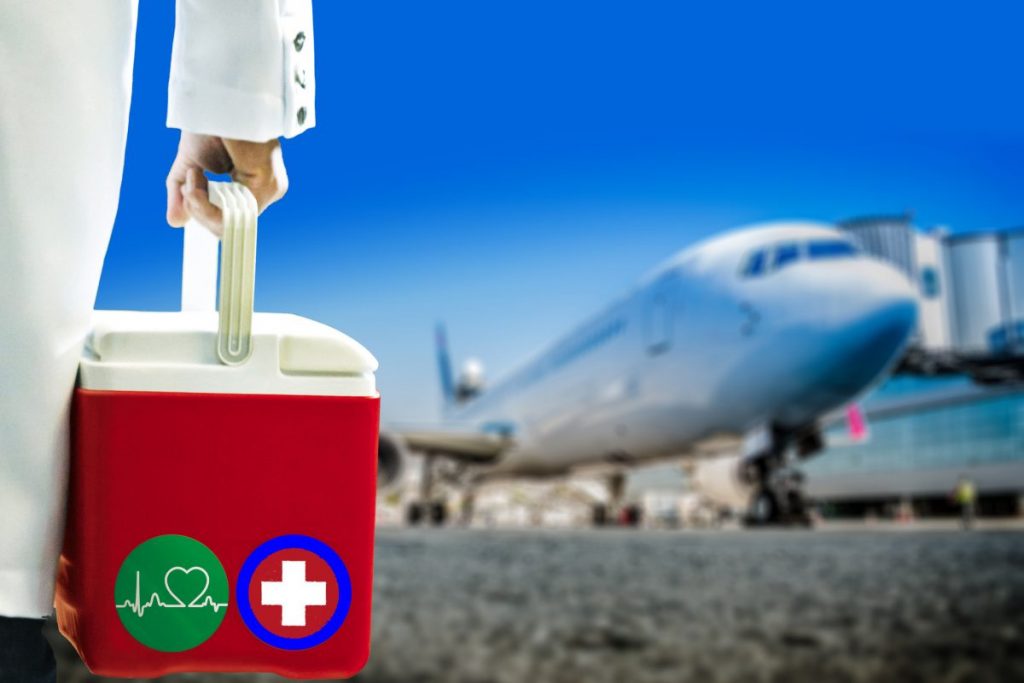 A living individual can donate one of their kidneys, one of their two liver lobes, a lung, or part of a lung. The kidney is the organ most-donated by living donors. Medical transplant specialists evaluate donors, who should be physically fit and in good health. While age isn’t a significant factor in deceased donors, live donors should be between the ages of 18 and 60. Those who have diabetes, cancer, high blood pressure, kidney or heart disease are unlikely to be accepted. 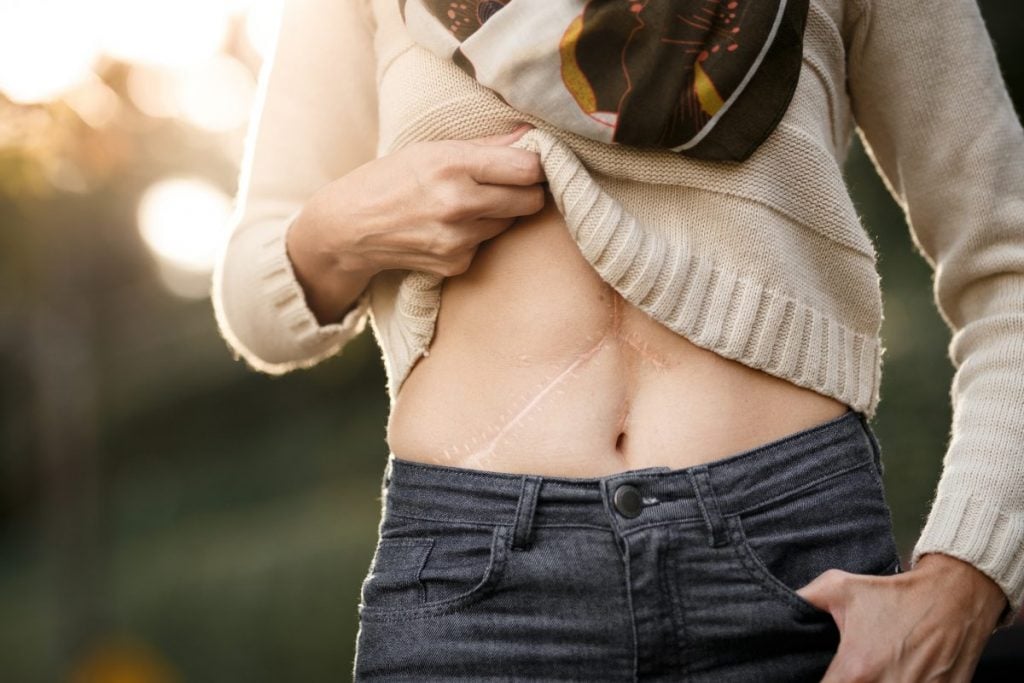 Who Pays for Organ Donation?

There is no cost to the donor, their estate, or their family members for organ donation. However, the family is responsible for the donor’s medical care and funeral costs. The organ recipient pays for all costs related to the donation. Private insurance, Medicare, or Medicaid pay for the expenses. It is against federal law to sell human organs or tissues in the U.S. Those who break the law are subject to fines and imprisonment. Congress enacted these laws to ensure that wealthy individuals do not receive an unfair advantage in procuring donated organs. 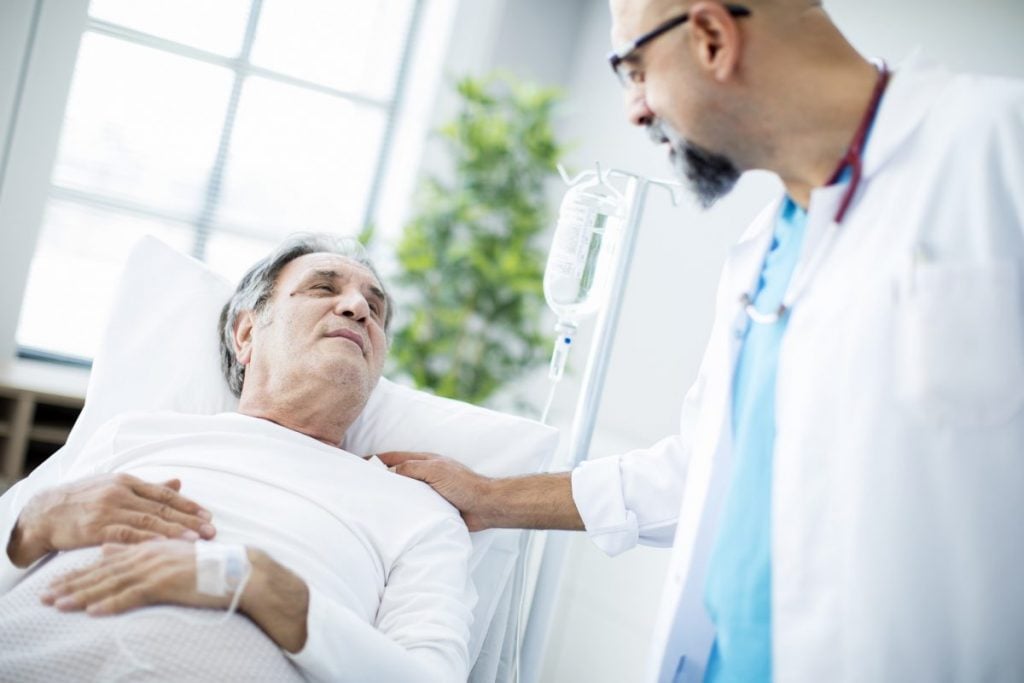