What are the Adrenal Glands?

The adrenal glands or suprarenal glands are part of the endocrine system. The small organs produce essential hormones, primarily steroids, that enable the body to chemically regulate itself and respond to stressors. The inner medulla and outer cortex of the adrenal glands produce different hormones with unique functions, which work both alone and in conjunction with the others.

Adrenal Glands and the Endocrine System

The adrenal glands are part of the endocrine system, a chemical "messenger" factory that produces hormones to regulate everything from hair growth to the reproductive system. The adrenal glands — specifically the medulla — produce stress hormones. These hormones increase respiration, elevate heart rate, and help regulate many other body functions in preparation for "flight or fight" situations. 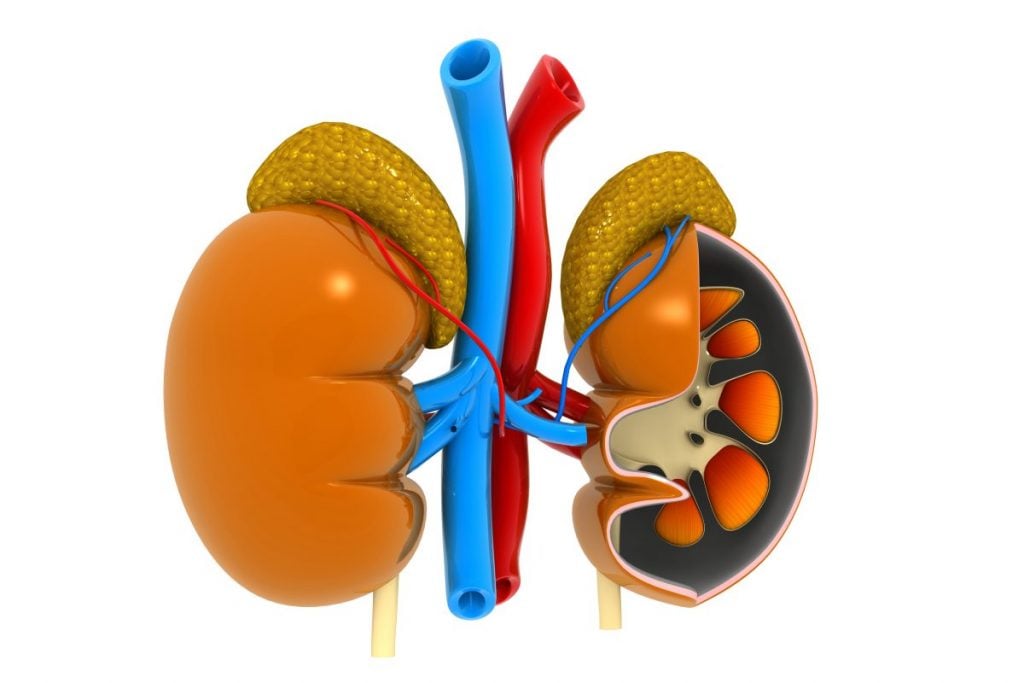 Location and Structure of the Adrenal Glands

There are two adrenal glands, each located just above their respective kidney. Proximity to these blood-rich organs ensures the glands have access to a steady supply of oxygenated blood. Each gland has an outer cortex that surrounds an inner medulla. They are not mirror organs: in humans, the right adrenal gland is pyramidal while the left is larger and crescent-shaped. The glands are yellowish and weigh just a few ounces; they are covered by a protective fatty capsule. Excess visceral fat deposited here can cause adrenal stress. 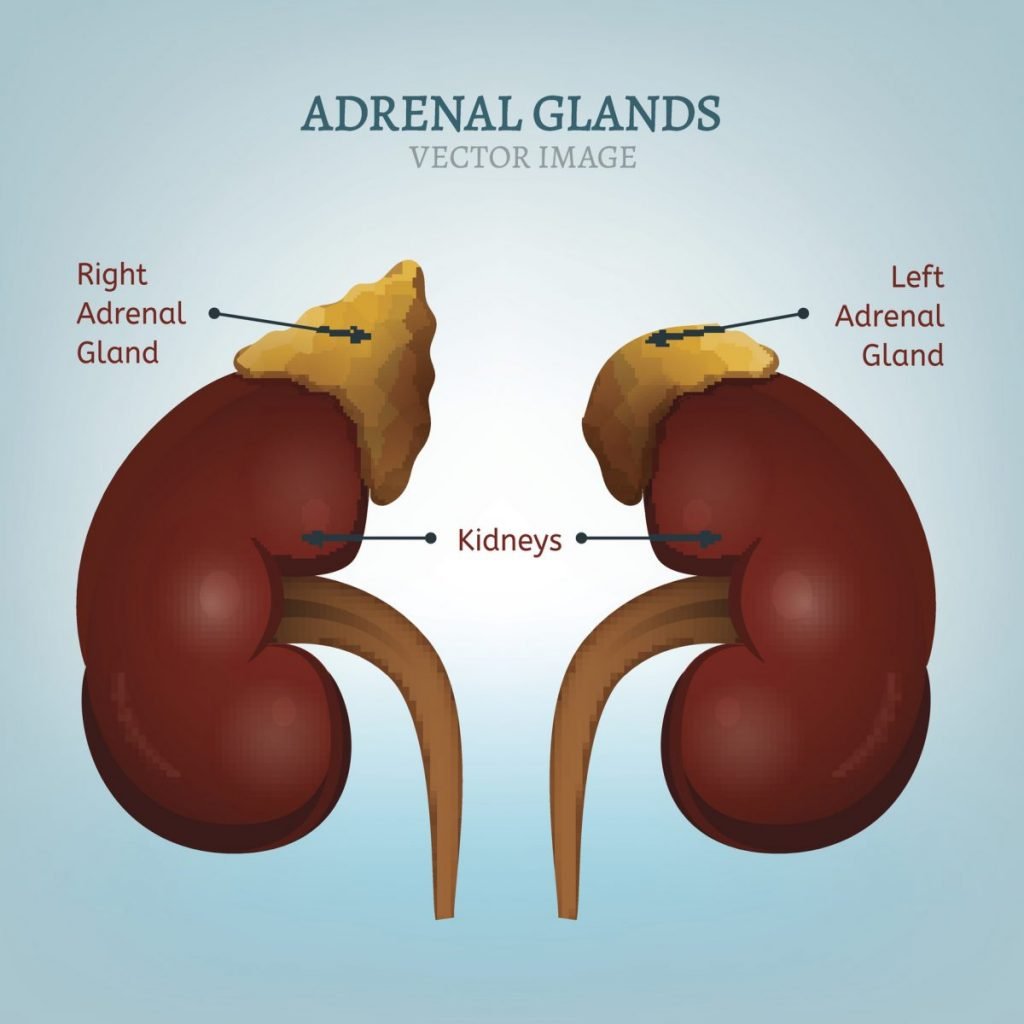 How Do the Adrenal Glands Function?

The adrenal glands receive messages from the sensory system and the brain and produce corticosteroid hormones in response. Some hormones respond to signals from the hypothalamus and pituitary glands, affecting digestion, metabolism of macronutrients, and immune response. The kidneys signal production of a second type of hormone, mineralocorticoids, which help control the balance of salt and water in the bloodstream and regulate blood pressure. 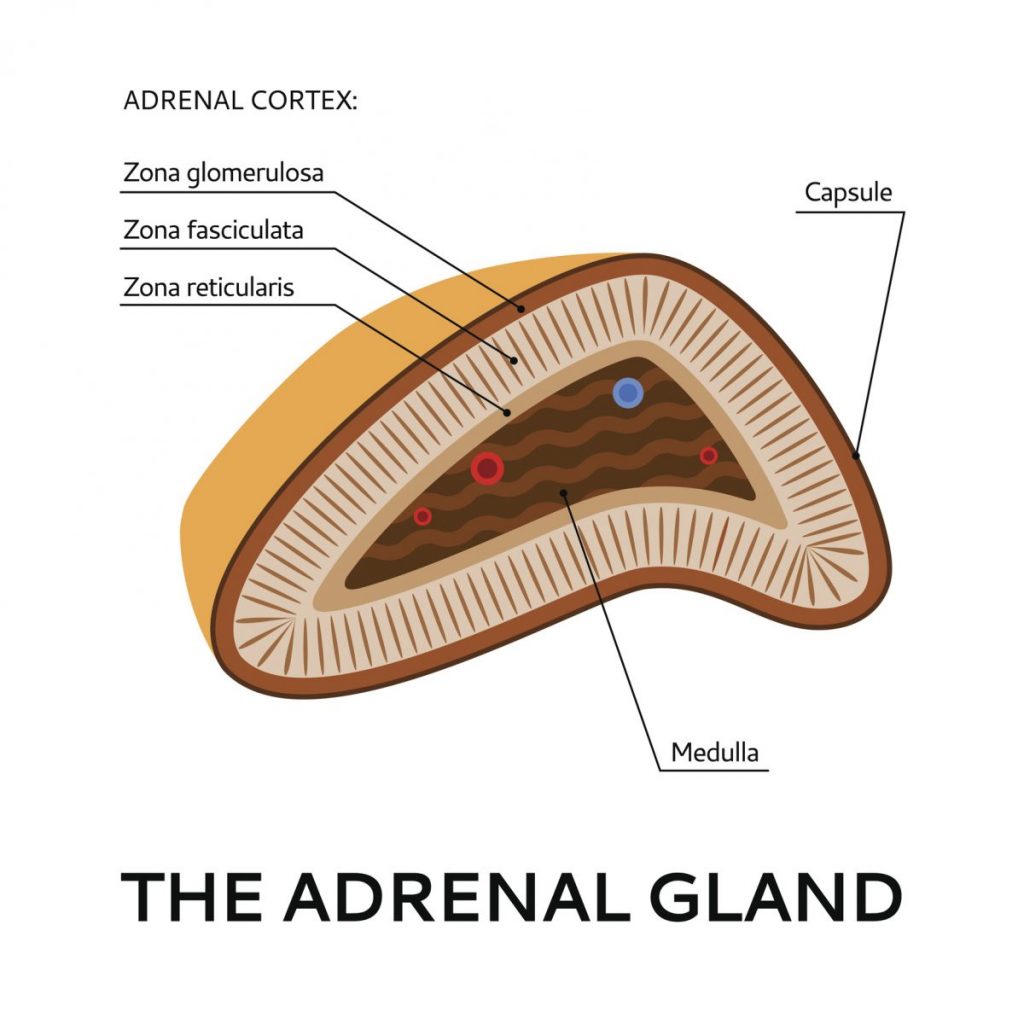 The adrenal cortex is the outer layer of the adrenal gland. It is divided into three distinct "zones," each of which has an independent function. The outermost layer produces mineralocorticoid hormones. The second layer is the largest, comprising 80 percent of the structure. It mainly produces cortisol. The third, innermost layer of the adrenal cortex produces adrenal androgens, a precursor to testosterone and a vital part of the "fight" response of adrenaline. 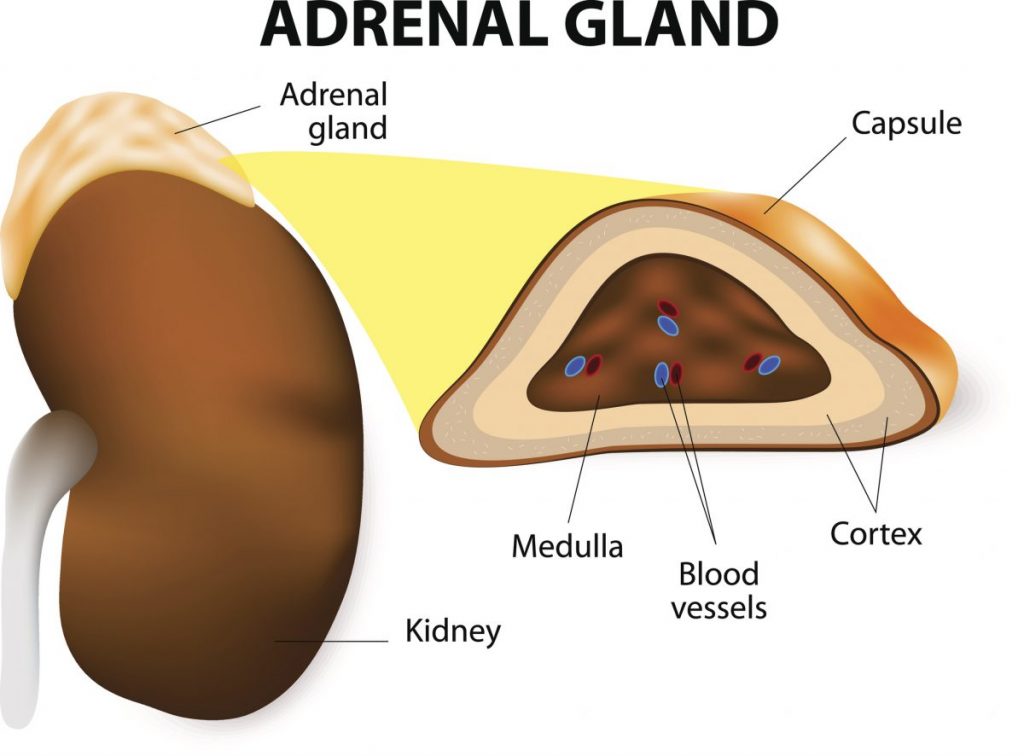 Blood Supply and the Adrenal System

The adrenal glands receive one of the largest percentages of blood supply for their size; a suprarenal artery supplies each of the three layers of each organ. This ensures each layer receives the essential nutrients without "filtering" from the other layers. The adrenal glands also have a rich nerve supply necessary for the optimal function of the adrenal glands — oxygen and nutrients are vital to the formation of corticosteroids and other adrenal hormones. 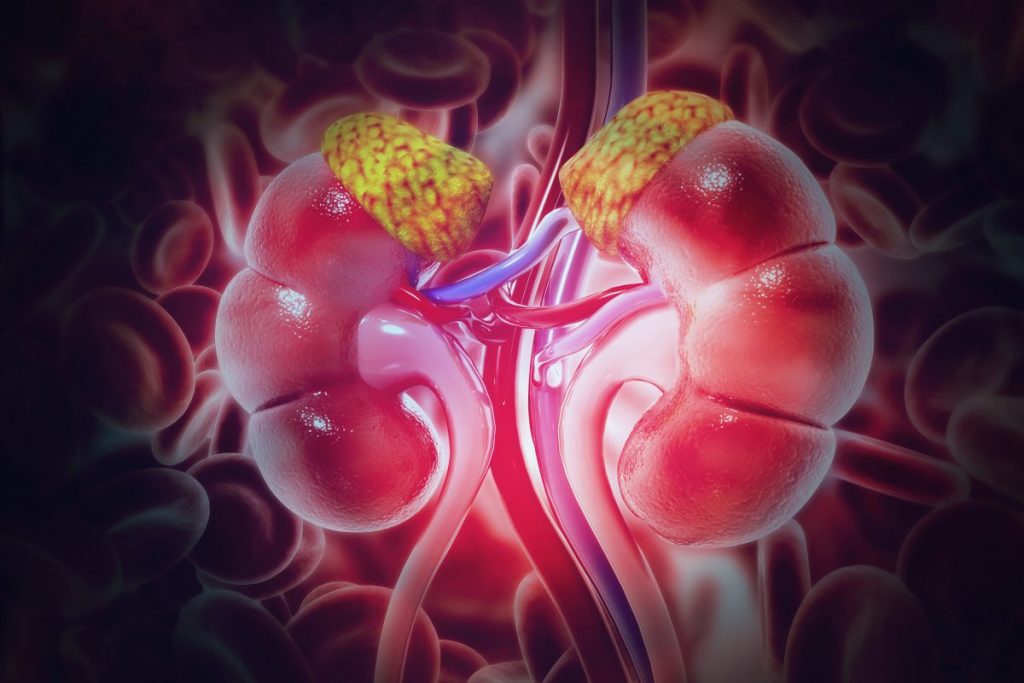 The interior portion of the adrenal gland is called the medulla. The medulla produces the Catecholamine hormones, primarily epinephrine and norepinephrine. These two chemicals arise in response to stressors both outside and inside the body. Norepinephrine helps the immune system ward off invaders and prompts an anti-inflammatory response. Epinephrine enhances blood flow, heart rate, respiration, and other functions vital for the fight or flight response. 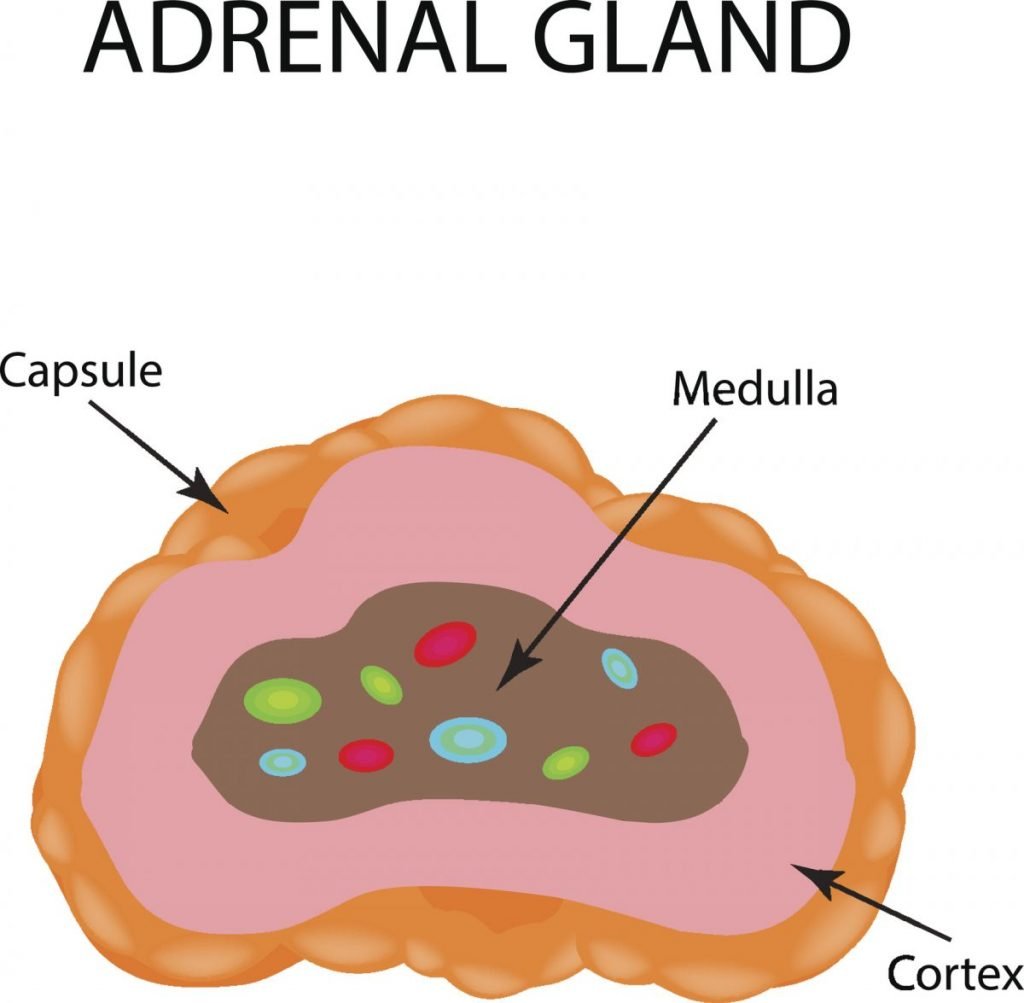 The adrenal glands produce corticosteroids, a class of steroid hormones consisting mainly of glucocorticoids and mineralocorticoids. Cortisol is a glucocorticoid that regulates how the body processes fats, carbohydrates, and proteins from food. Cortisol also regulates blood pressure and ensures proper cardiovascular system function. Mineralocorticoids regulate blood pressure by balancing the amount of sodium and water in the body. When the adrenal glands aren't functioning properly, some malabsorption of vital nutrients can occur. 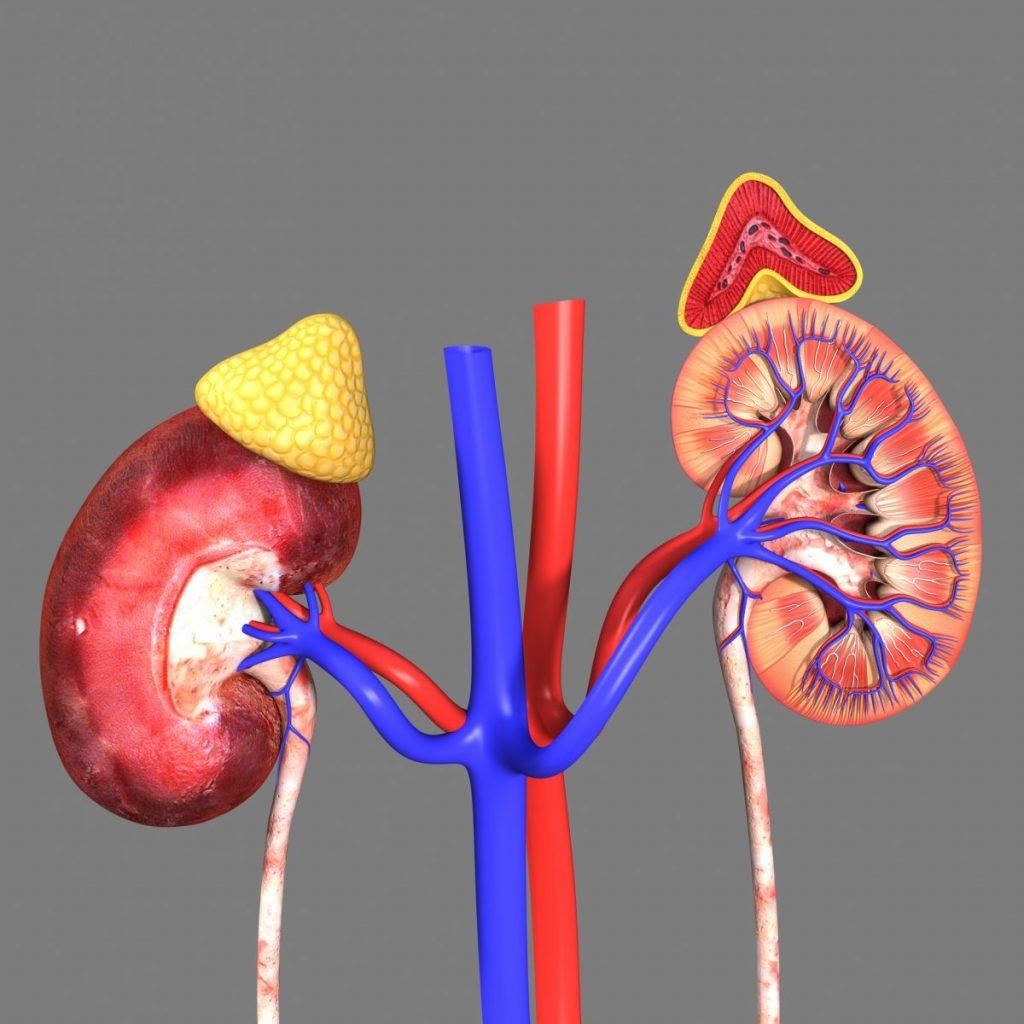 Epinephrine and norepinephrine cause breathing, blood pressure, and heart rate to increase. They may also signal a feeling of fear, stimulating the senses to prepare for an attack. These hormones activate as part of the sympathetic nervous system responsible for protection by either fleeing or physical response. Essentially, the sympathetic nervous system is like the gas pedal of the car, and the hormones from the adrenal glands are the fuel. 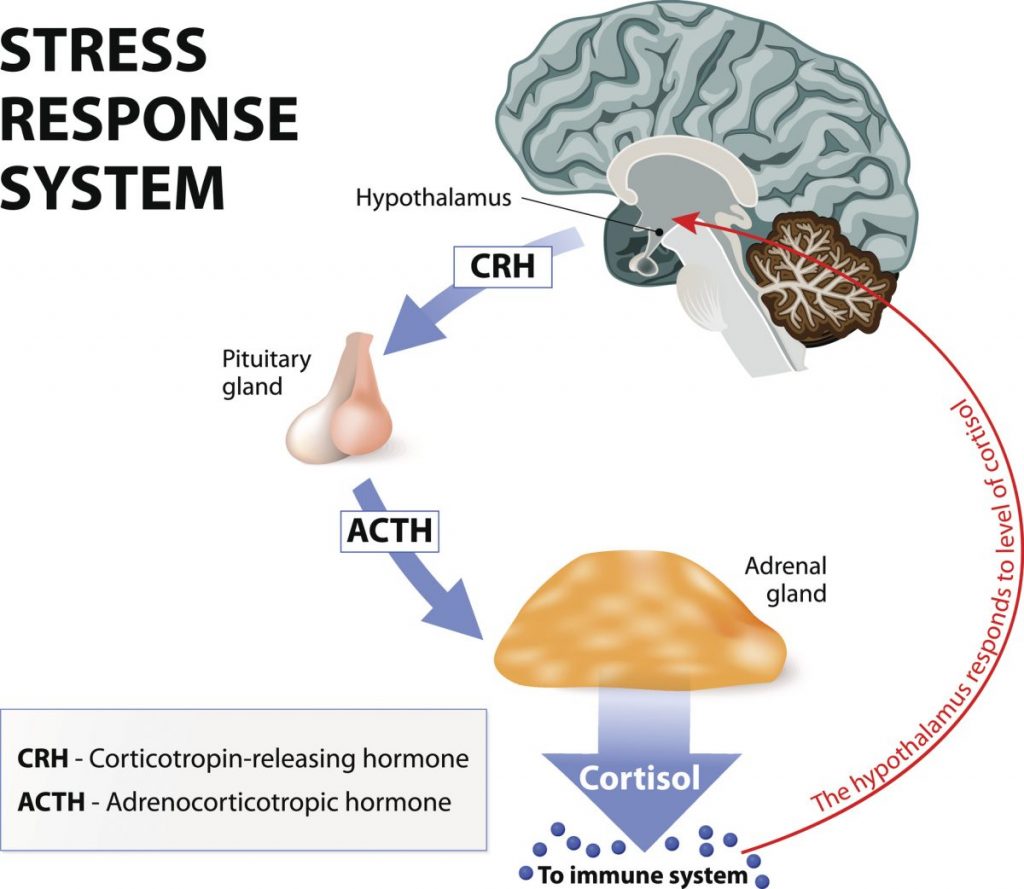 Adrenal fatigue refers to a cluster of symptoms thought to result from chronic stress. Despite this terminology and use of the diagnosis by some medical providers, there does not seem to be scientific support for this condition, nor is it widely accepted in the medical community. If you feel you are experiencing symptoms that may be related to adrenal insufficiency, seek the care of a medical professional. 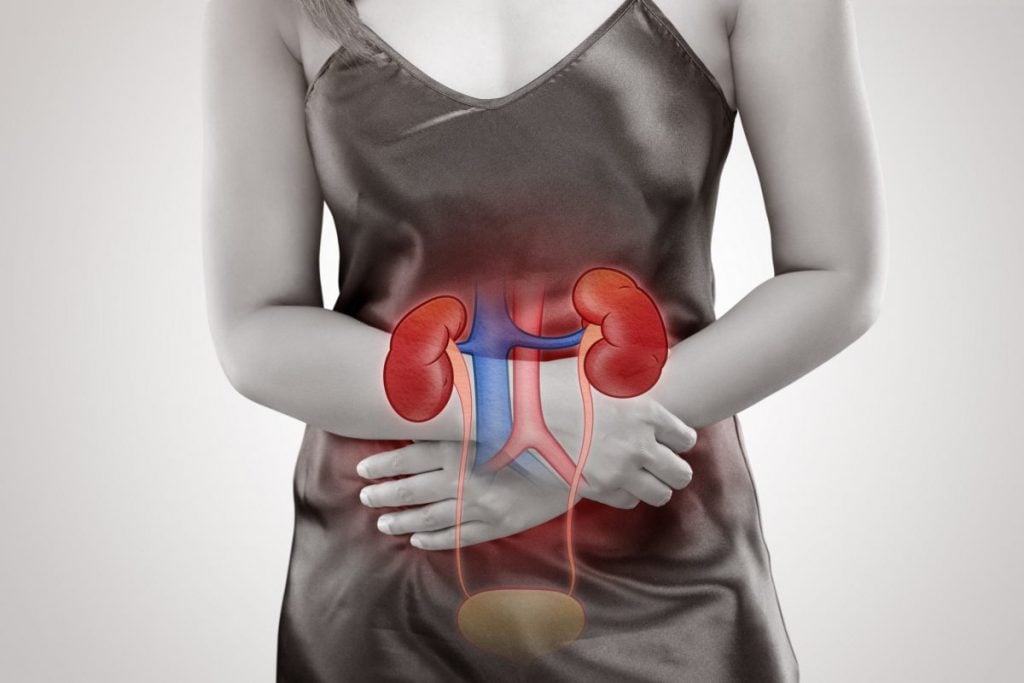 Adrenal insufficiency is different from adrenal fatigue and can lead to disease. Cushing's syndrome results from an overabundance of glucocorticoid and can lead to obesity, type 2 diabetes, excessive hair growth, and depression. It produces stretch marks, both from weight gain and as a result of the thinning skin. Other adrenal diseases include tumors, which are generally benign and highly treatable. Addison's syndrome causes an autoimmune response that affects corticosteroid production. Left untreated, the condition can result in an adrenal crisis, which is a medical emergency. 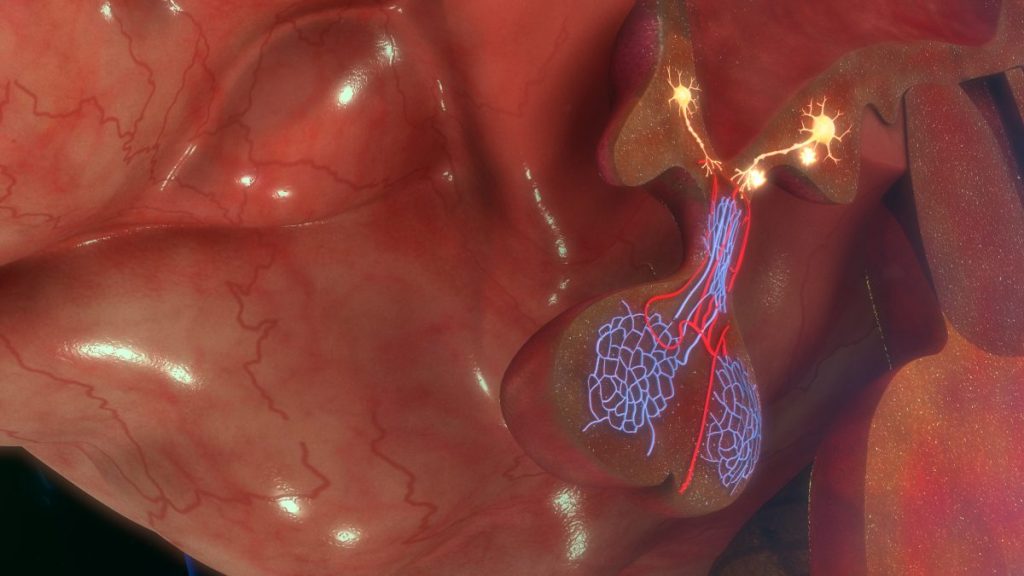