All About Red Blood Cells

Blood has four main components, with red blood cells being the most abundant of the four. Erythrocytes or red blood cells perform many essential functions in the body. Most notably, red blood cells contain important molecules that allow them to carry oxygen and carbon dioxide through the body. Red blood cells begin as immature cells in the bone marrow and enter the bloodstream as they mature. They are flexible and can change shape easily, allowing them to fit through blood vessels of any size.

Red blood cells possess a biconcave shape with a flat center. In other words, both sides of the cell resemble a shallow bowl, but with plump, torus-like edges. The increased surface area of the biconcave shape facilitates better gas exchange in comparison to cells with more spherical shapes. Because they are flexible and malleable, their size can vary. A typical human red blood cell has a diameter of between 6.2 and 8.2 micrometers. The thickest area of a red blood cell is just over two micrometers while the thinnest may be under a single micrometer thick. For comparison, a single human hair is between 60 and 120 micrometers wide. 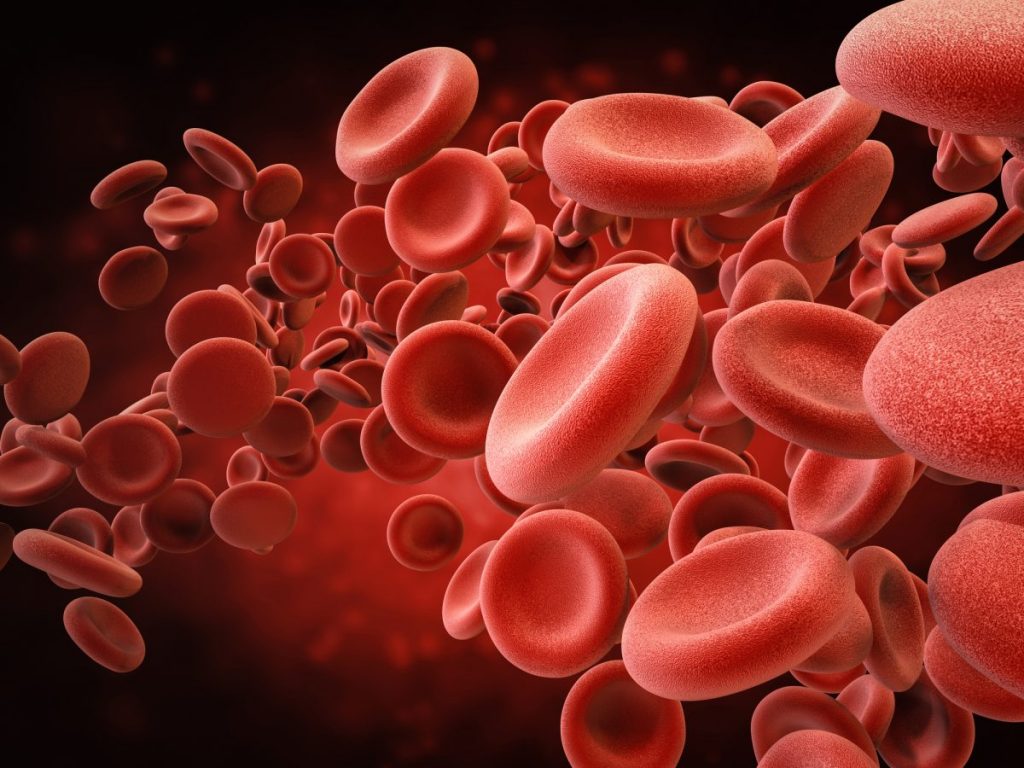 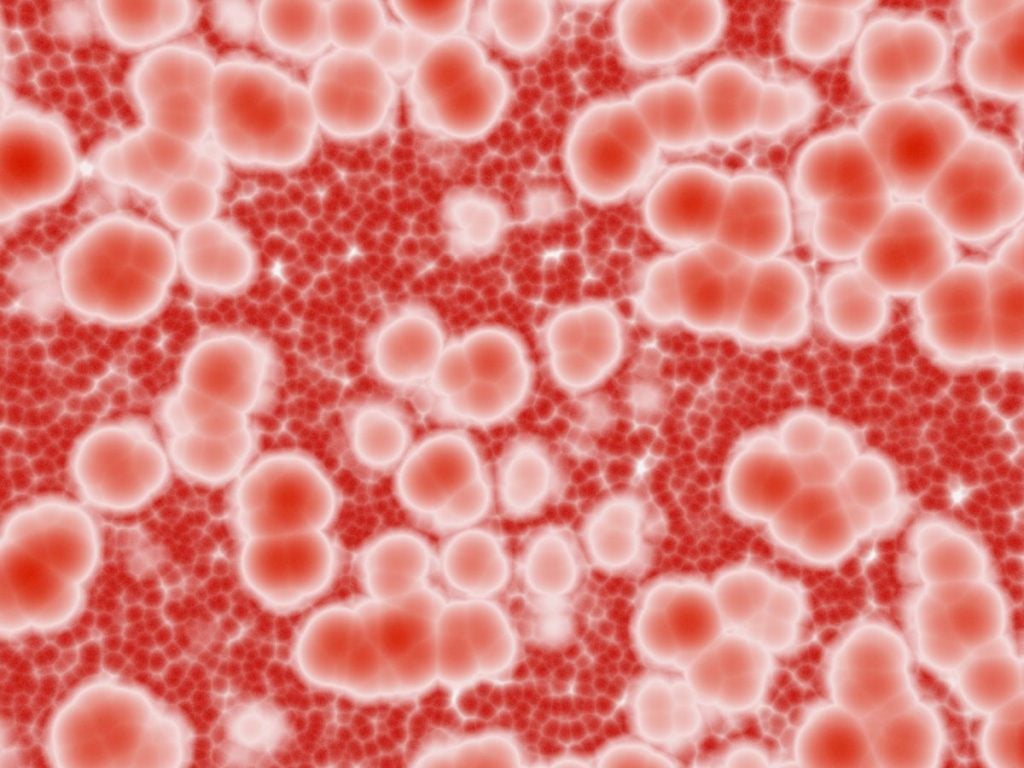 In mammals, red blood cells lack many of the internal components other cells have. They lack mitochondria and therefore rely on anaerobic respiration. This means red blood cells do not use any of the oxygen they collect, allowing more oxygen to travel to areas that need it. Red blood cells also lack endoplasmic reticula so they cannot synthesize proteins. Instead, they contain structural proteins that allow them to change shape and maintain their structure. 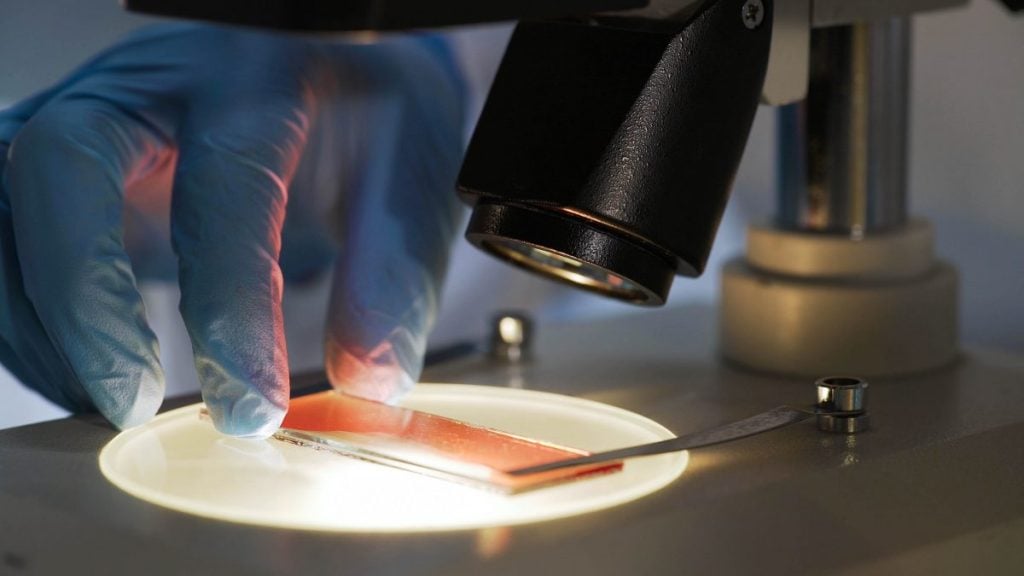 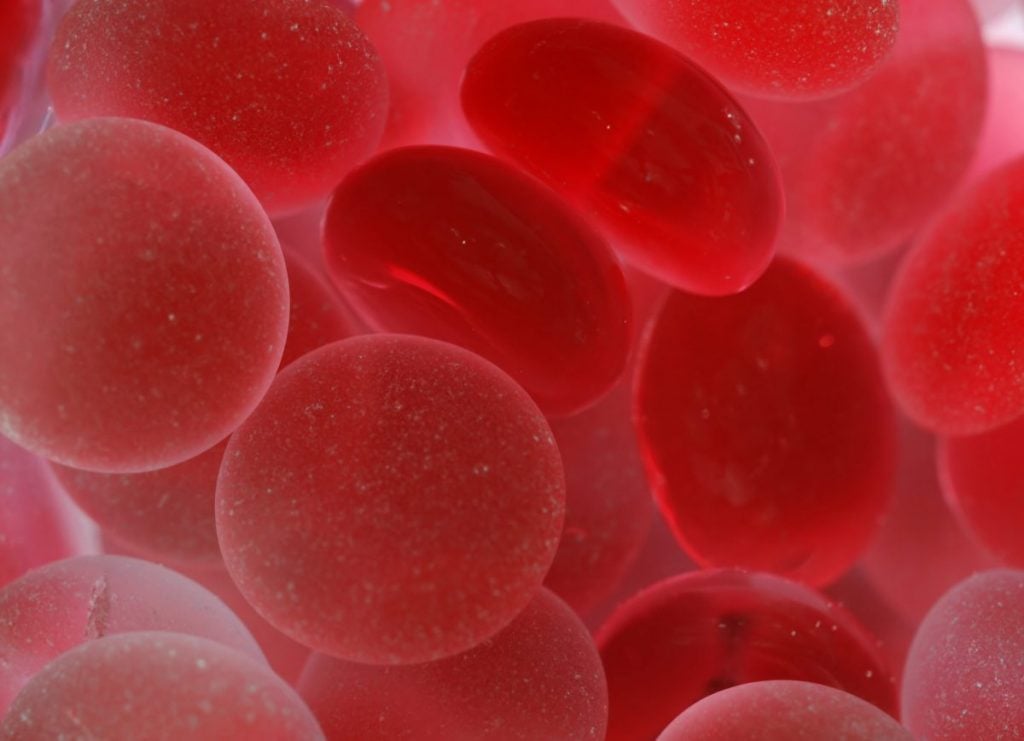 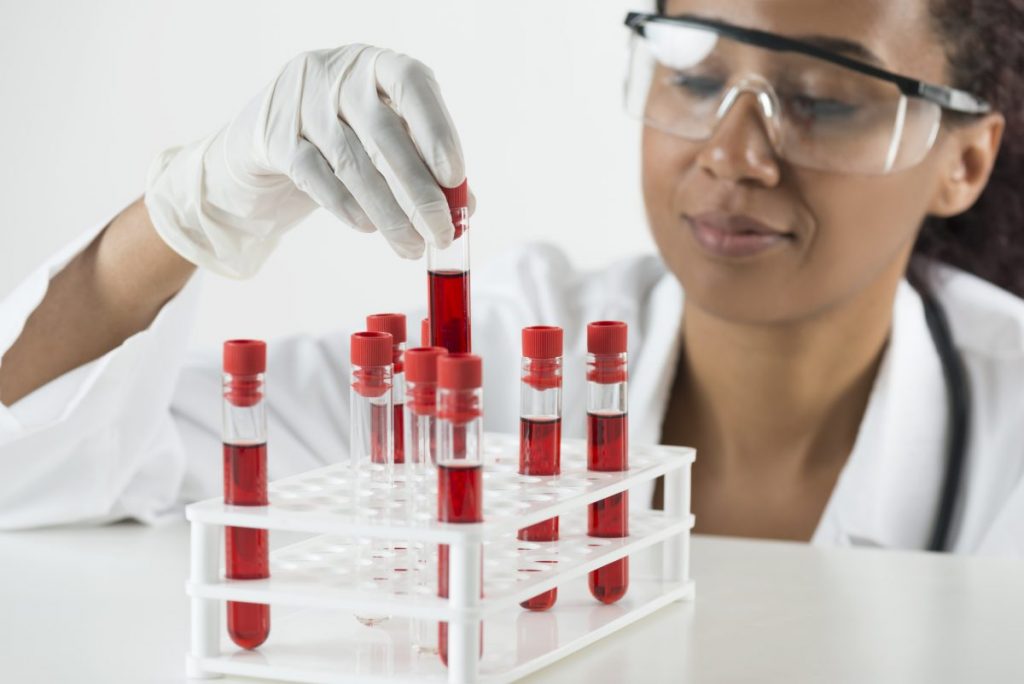 Air sacs in the lungs or alveoli allow red blood cells to absorb oxygen from inhaled air. Then the red blood cells travel through blood vessels such as veins and capillaries until they reach capillary beds. These areas are extremely narrow and slow the flow of cells dramatically, creating a longer amount of time for the release of oxygen into the surrounding areas. Carbon dioxide enters the bloodstream, and some of it binds to the amino acids present in hemoglobin, becoming carbaminohemoglobin. The red blood cells then carry carbon dioxide back to the lungs, where they exchange CO2 for oxygen. 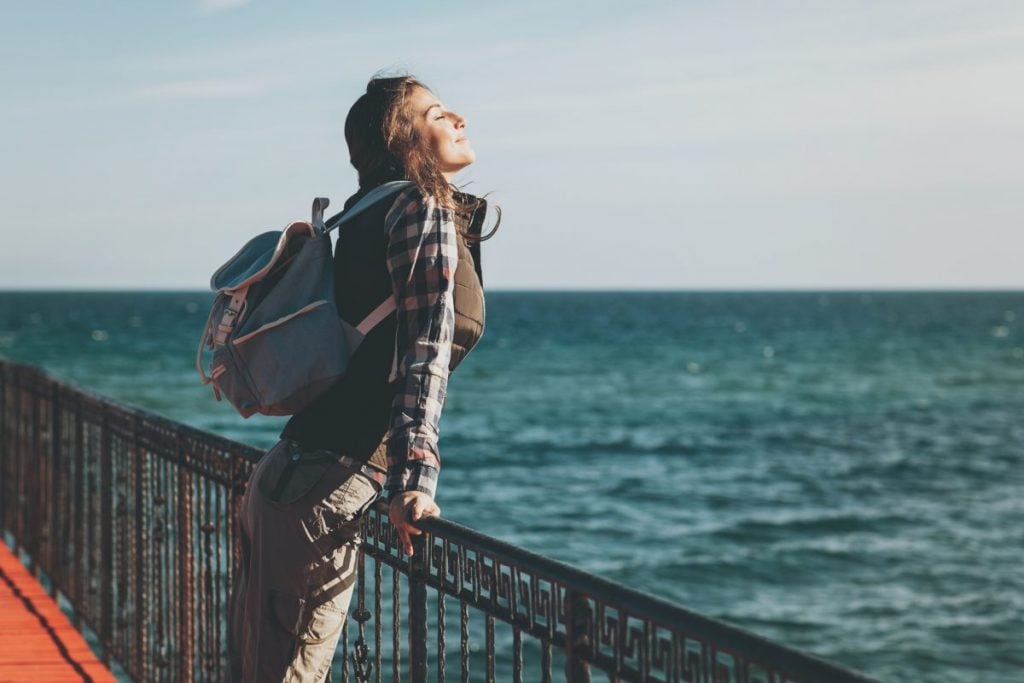 If red blood cells experience shear stress, they release ATP to relax the surrounding blood vessels and promote normal blood flow. In addition, they release organic compounds that direct blood to areas of the body that require oxygen. Red blood cells also play a role in the immune system. By releasing free radicals from their hemoglobin, red blood cells can break down the cell walls and membranes of pathogens. Without their protective walls and membranes, the pathogens die. 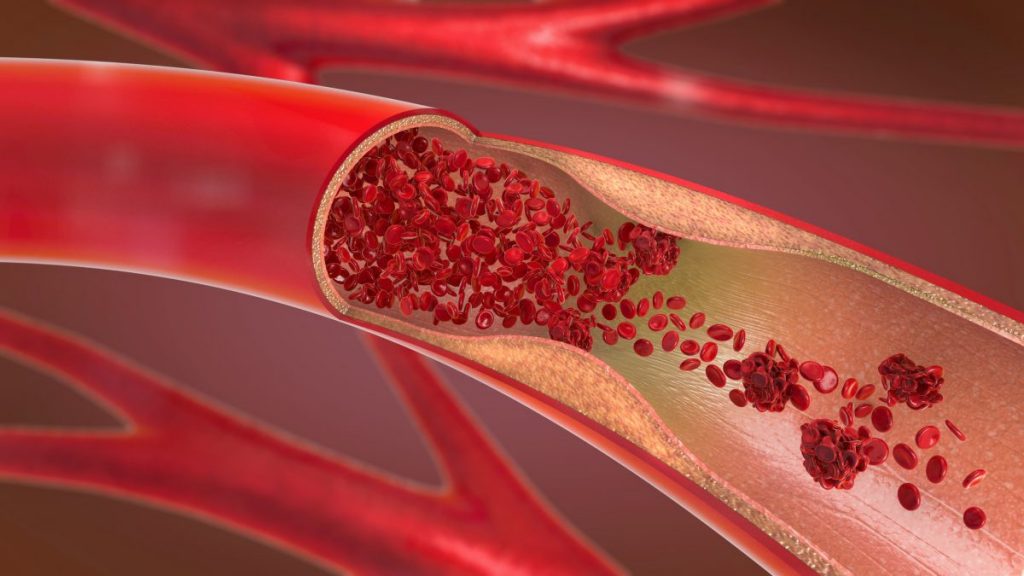 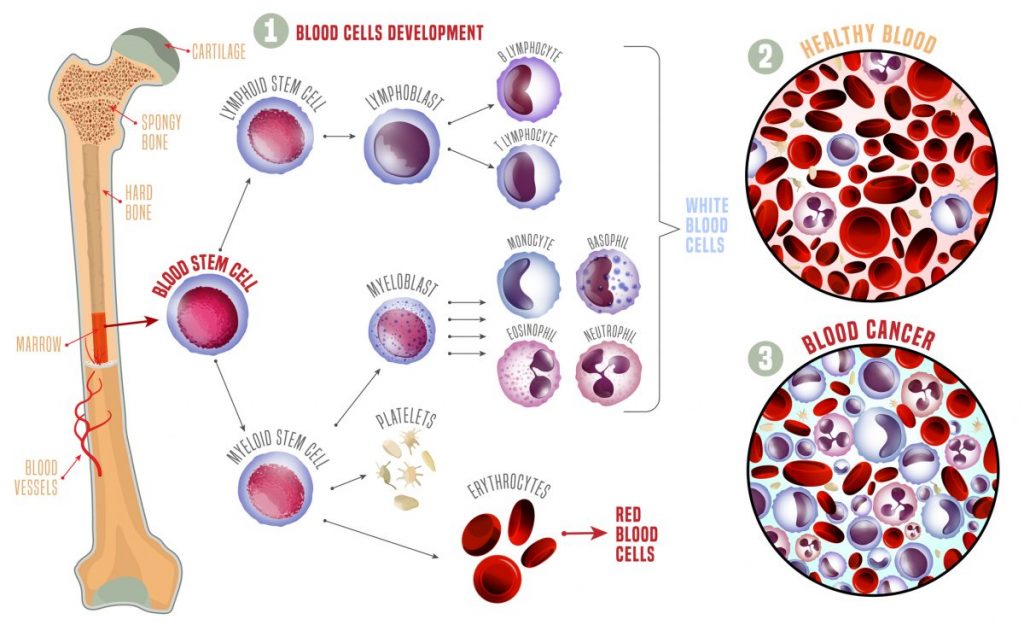 On average, red blood cells have a lifetime of between 100 and 120 days. Over time, red blood cells undergo changes that allow macrophages from the bone marrow, liver, and spleen to remove them. The body breaks down the red blood cells and recycles their various components. Globin, the protein portion of hemoglobin, breaks down into amino acids, which may travel to the bone marrow for use in the production of new erythrocytes. The body stores iron in the liver or spleen, though it may also send it to the bone marrow for erythropoiesis. Non-iron portions degrade into biliverdin and then bilirubin, which the liver uses to manufacture bile. 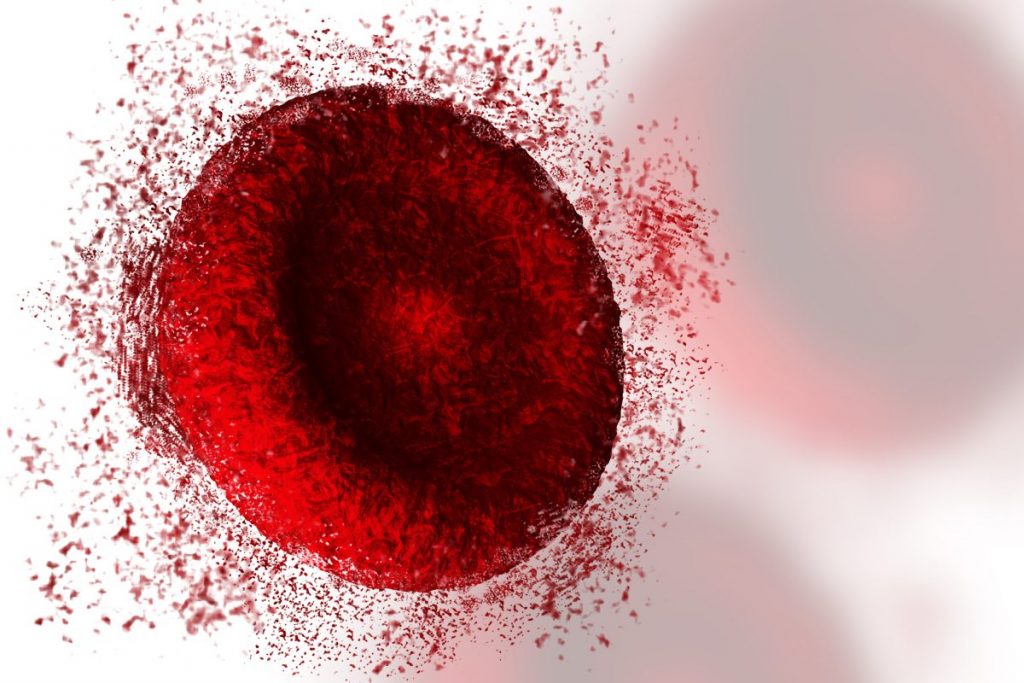 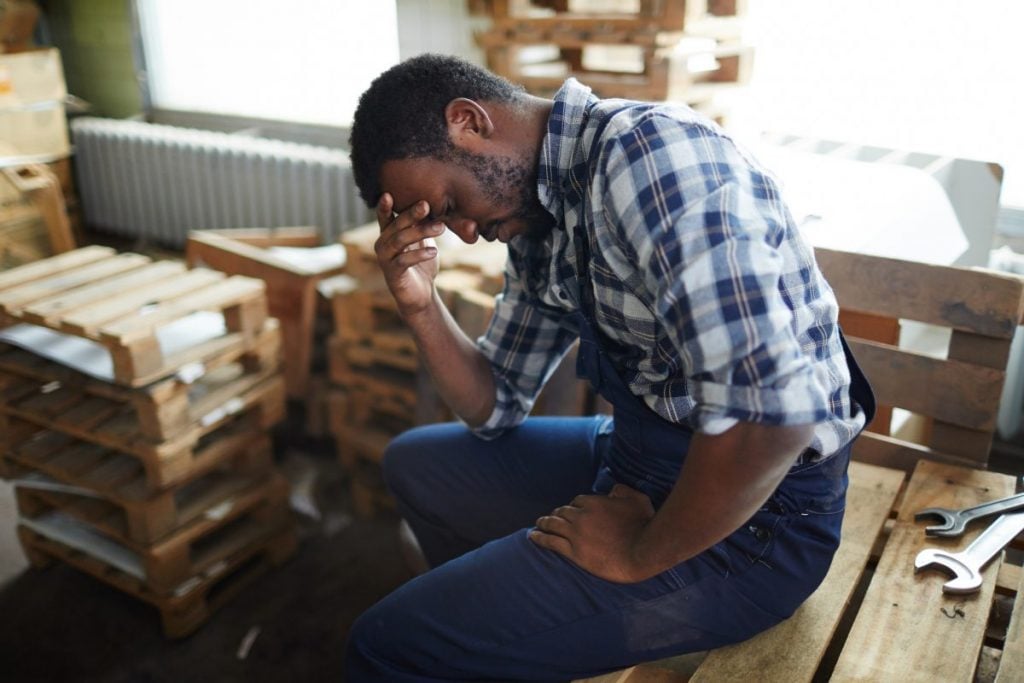