What Are Night Terrors?

The disorder that causes night terrors features periods of intense fear and dread during sleep. Experts classify the disorder as a type of parasomnia, and refer to the disorder with many names, including sleep terror and pavor nocturnus, though most people use the plural night terrors. Parasomnia encompasses any undesired occurrence before, during, or just after sleep that causes abnormal movements, emotions, perceptions, or dreams. Most people eventually stop experiencing sleep terrors, but some individuals may require treatment to prevent them.

Night terrors often affect different individuals in unique ways. Similar to a panic attack, individuals experiencing night terrors are inconsolable, and onlookers must simply wait for the attack to end. Descriptions of night terror episodes include bolting upright with eyes wide open. Sweating, rapid breathing, and elevated heart rates are also common. People might begin thrashing in an attempt to defend themselves from an unknown threat. In some instances, the individual seems to be awake during the event, but exhibit signs of confusion and be unresponsive. Those who can respond may not recognize people familiar to them. 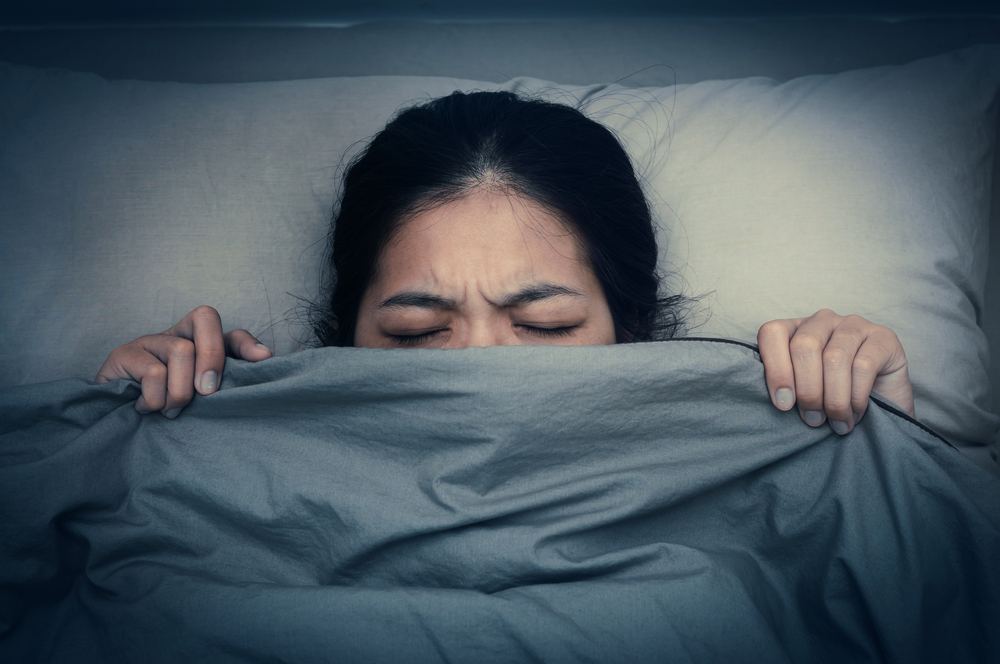 Night terror episodes usually occur during the first few hours of non-rapid eye movement (NREM) sleep. This is the period of sleep where a person can still move, and their thoughts stay organized. NREM sleep consists of several stages. Parasomnia most commonly occurs in the third stage, slow-wave or delta sleep. At this point, sleep is at its deepest and thoughts begin to lose their structure. Night terrors tend to happen during moments of arousal from slow-wave sleep. 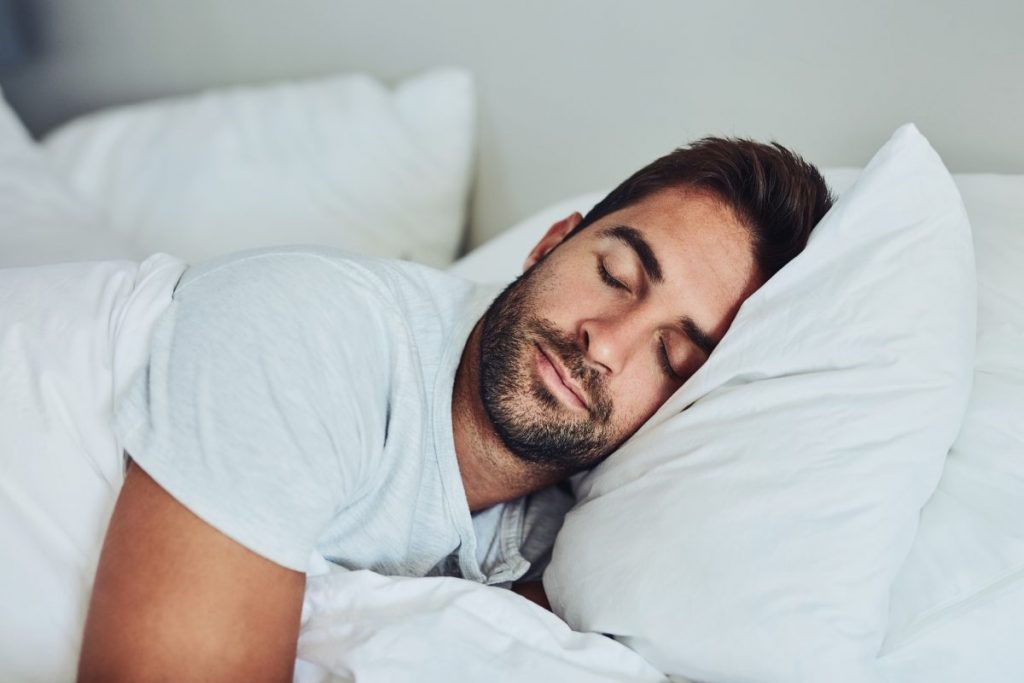 Most affected children begin to experience night terrors before adolescence. Children as young as three years old and as old as 12 have experienced night terrors. Many studies debate the exact number of children that night terrors affect. The numbers vary from six percent to upwards of 40 percent. Most children eventually stop having night terrors in adolescence. Regardless, the episodes can be distressing for parents and guardians as well as children. If the night terrors happen frequently or if the child becomes too scared to sleep, a parent or guardian may need to seek professional intervention. 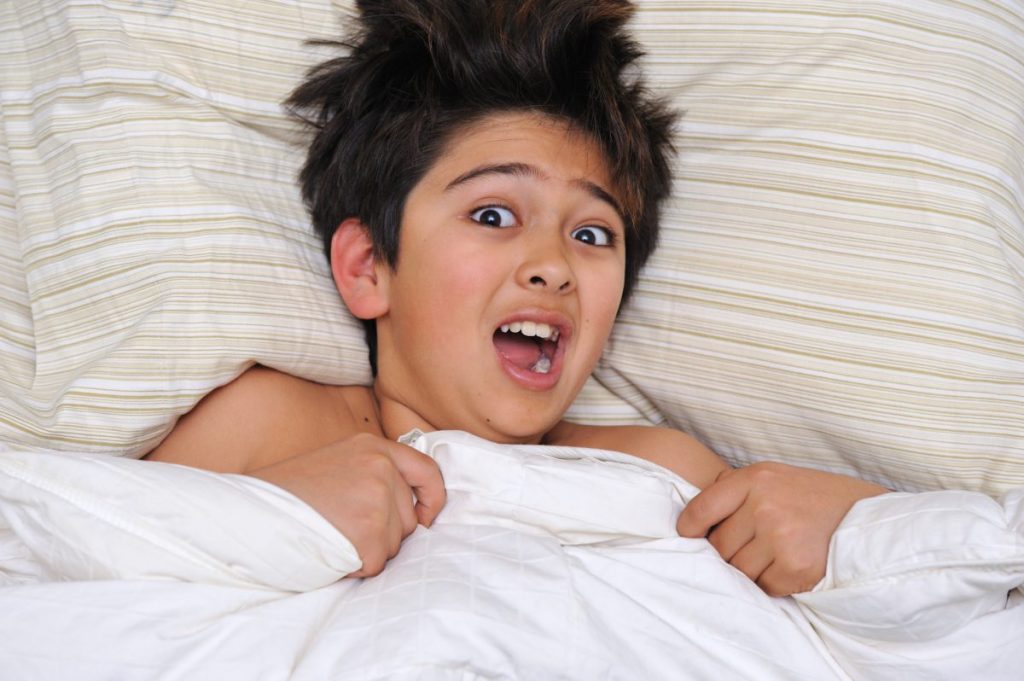 Any adult can develop night terrors, but those between the ages of 20 and 30 are the most at risk. Though the effects of night terrors are similar between children and adults, adults can experience them more frequently. Night terrors in adults are usually the result of improper diet, poor sleep, or consistent stressful events. Due to their increased strength and mobility, adults are more dangerous than children during episodes of night terrors. There are many accounts of adults running out of their houses or injuring a loved one while under the duress of night terrors. Adults also tend to recount more detailed images. 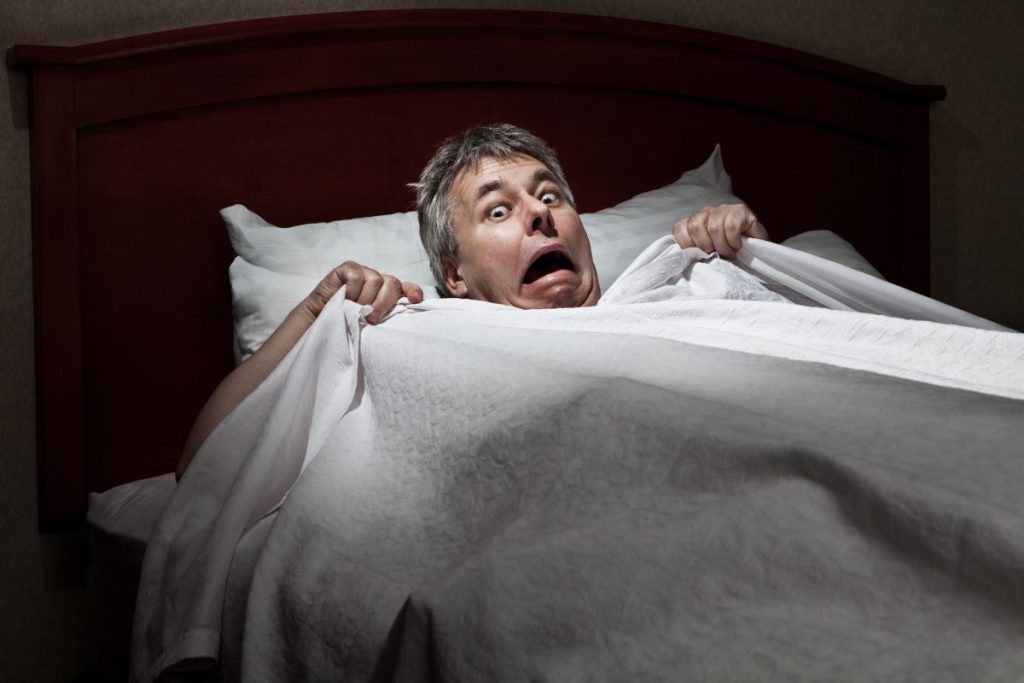 While experts have not discovered a direct cause of night terrors, they do have many theories. There is evidence that parasomnias are congenital, and night terrors frequently appear in multiple members of a family. Laboratory findings suggest fevers and sleep deprivation can increase the chance of a night terror episode. Nocturnal asthma, sleep apnea, and certain medications also raise the likelihood of night terrors. More women note experiencing night terrors than men. However, it is unclear if this is because women experience night terrors more, or if men are less likely to remember or admit having them. 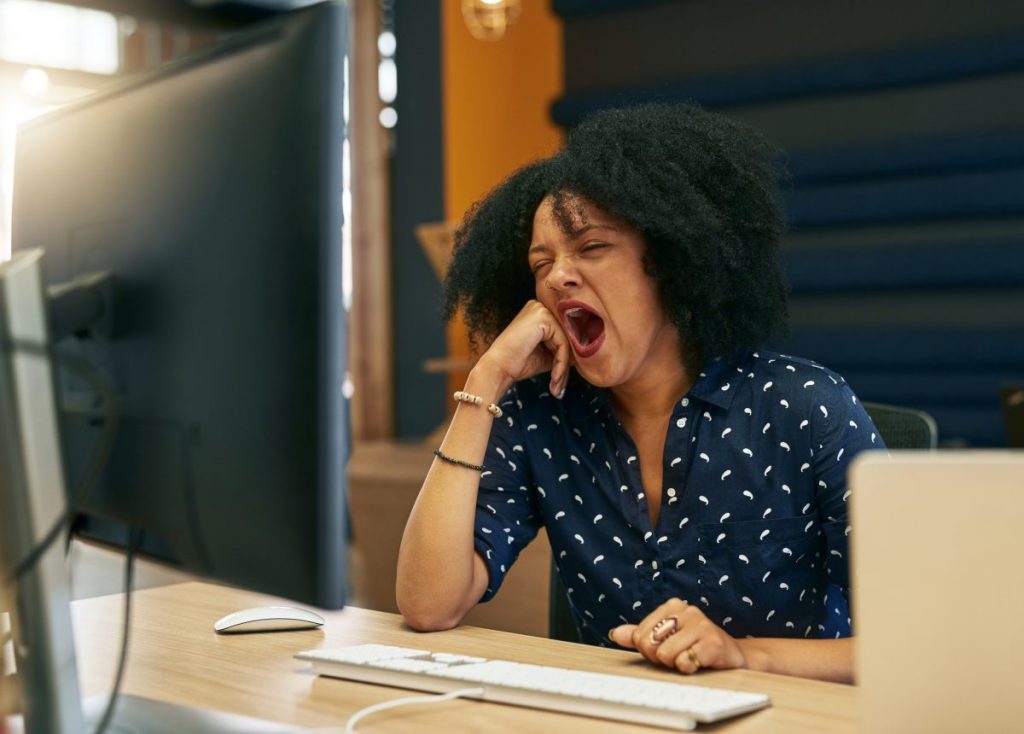 Night Terrors vs. Other Issues

The primary difference between night terrors and nightmares is severity. Even during the worst nightmares, an outside source can wake the sleeping individual. This is not the case for night terrors. Due to the constant thrashing, bystanders may confuse night terrors for certain types of seizures. Temporal lobe and frontal lobe epilepsy frequently cause seizures similar to the movements of night terrors. However, the seizures are usually much shorter than a night terror episode. 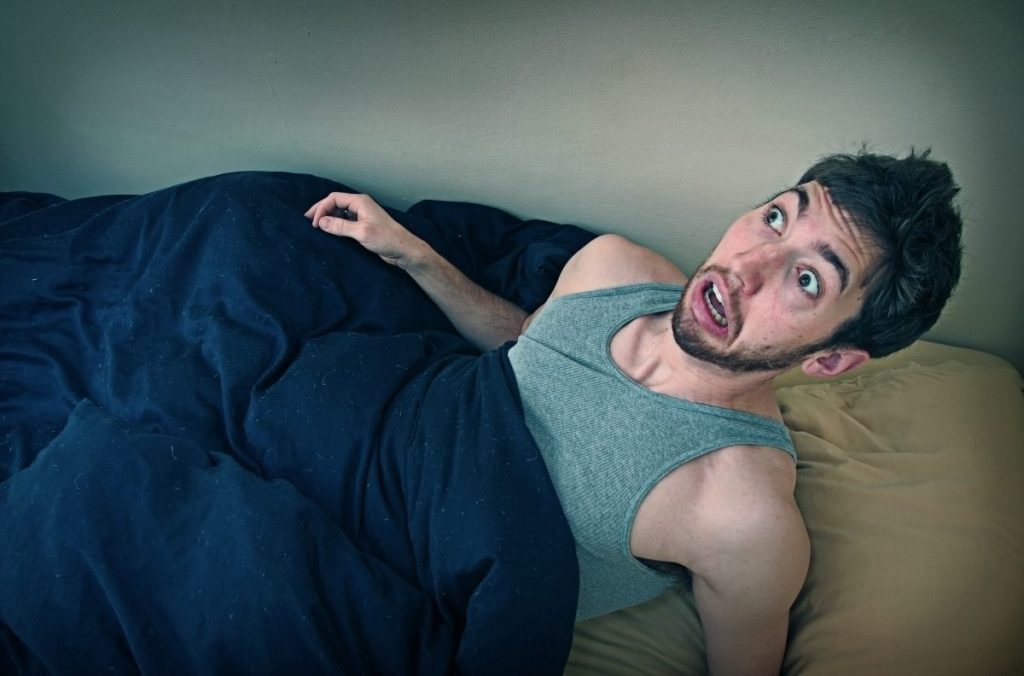 Almost all parasomnias share similarities, though there are two that physicians typically associate with night terrors. The first are confusional arousals. These are times where an individual wakes from sleep and remains confused for some time. Many children experience these arousals, and the condition is typically not dangerous. Another similar parasomnia is sleepwalking. Despite its name, sleepwalking can include speaking, moving objects, or performing other actions while asleep, as well as walking. Many people who experience night terrors also tend to sleepwalk. 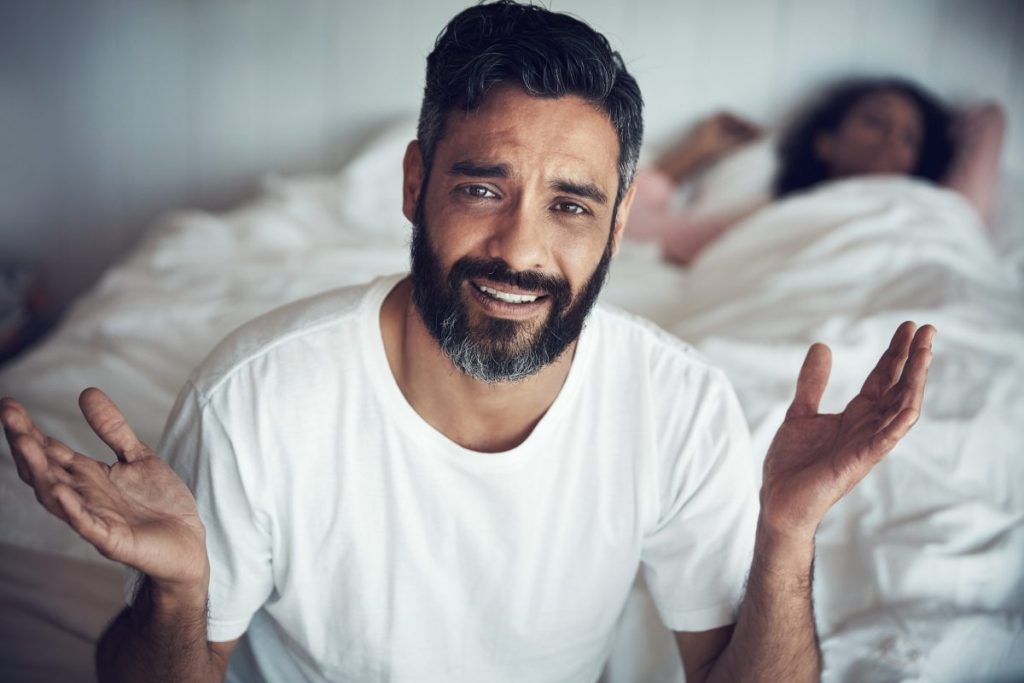 While falling asleep or waking from sleep, a person may be completely aware of their surroundings but unable to move or speak. Many individuals recount seeing hallucinations such as demons and other monsters. They may also experience a heavy weight “sitting” on their chest. Even if a person realizes they are experiencing sleep paralysis, they still become filled with extreme fear. Experts sometimes have difficulty differentiating between night terrors and sleep paralysis, as the symptoms can be similar in certain individuals. 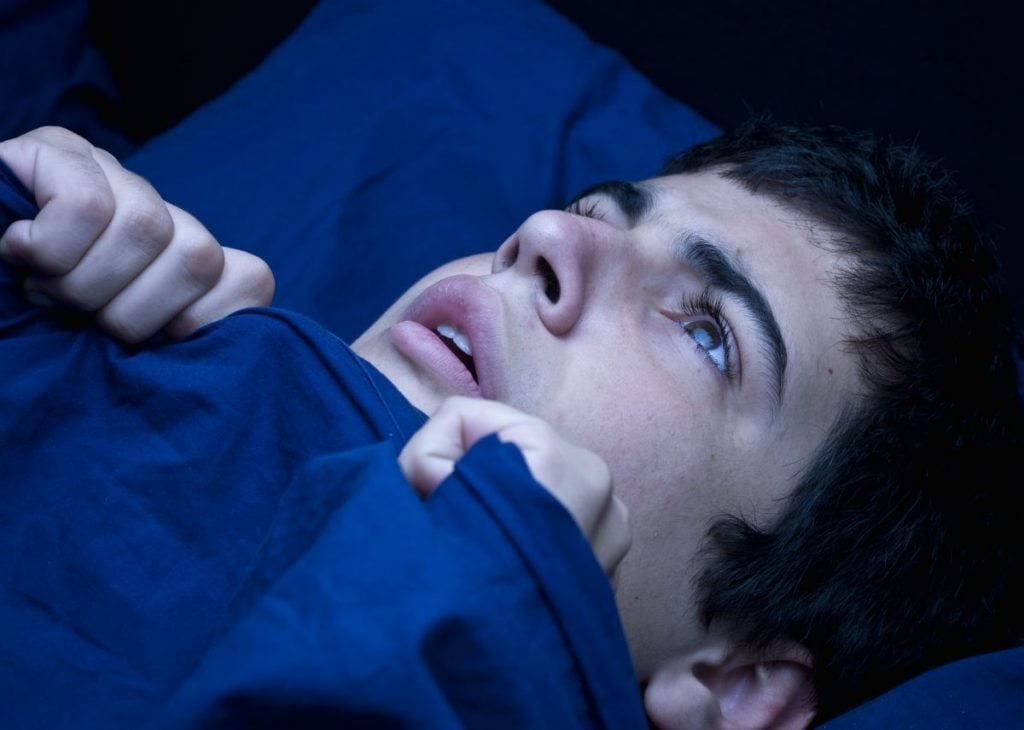 The vast majority of children eventually stop experiencing night terrors without medical intervention. Parents and guardians may need to assure the child that the issue isn’t serious and that they will outgrow it. Counseling can be helpful if the night terrors increase in frequency or severity. In adults and children with recurring night terrors, it is possible that a lack of high-quality sleep is the issue. In this case, people may require medications to increase consistent, healthy sleep. 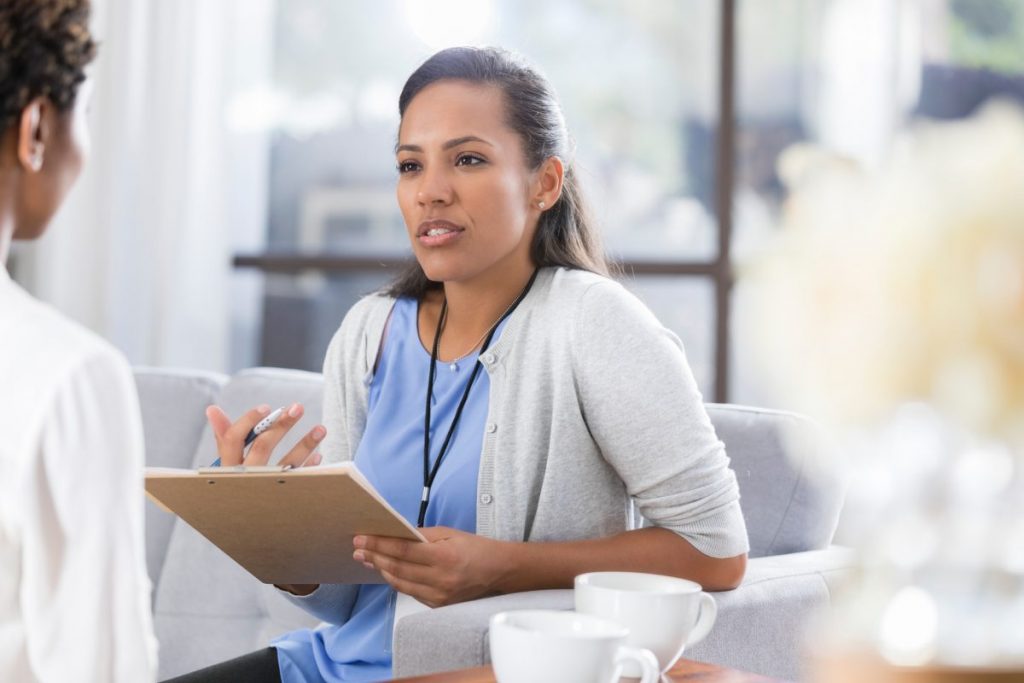 If medications are not an option for ensuring quality sleep, other methods are still available. First, maintaining a rigid and ideal sleep schedule can allow for the optimal amount of sleep on a regular basis. Identifying possible triggers can also help. Keeping a sleep diary to recount what occurred just before the night terrors can reveal the cause. If the night terrors happen regularly at a consistent time, it may be possible to set an alarm or have somebody wake the sleeping person just before the night terror episode is set to begin. 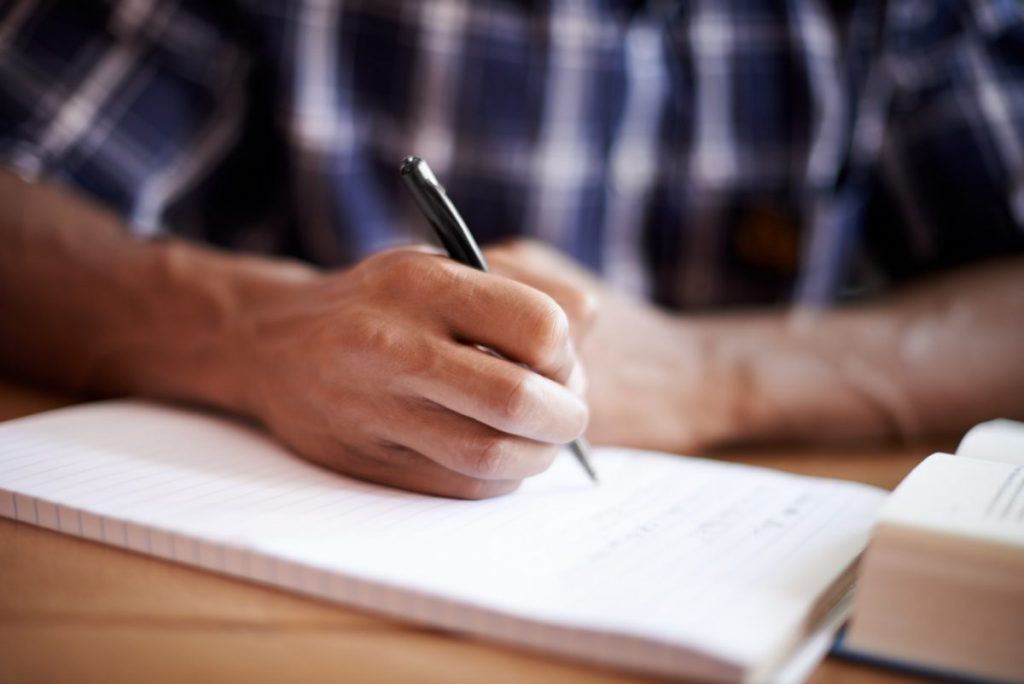