Symptoms and Treatment of Erythema Nodosum

Erythema nodosum or panniculitis is acute inflammation that typically occurs around the shins. However, it can affect any part of the leg and develop on the arms, as well. The condition is a result of inflammation of the layer of fat cells that lie just below the surface of the skin. In many cases, the cause is unknown, but erythema nodosum can be a sign of an underlying disease, such as Streptococcus or sarcoidosis. Treatment of erythema nodosum depends on the severity and frequency of the symptoms.

The most common indication of erythema nodosum is the appearance of painful, red nodules on the shins. The nodules can be anywhere from 2 to 6 cm across. They generally have poorly defined edges and are red, hot, and firm to the touch. As they fade, they become less firm and can feel squishy to the touch. They look more like a bruise as they fade and will eventually turn yellowish before disappearing altogether. Flu-like symptoms may also precede or accompany the nodules. 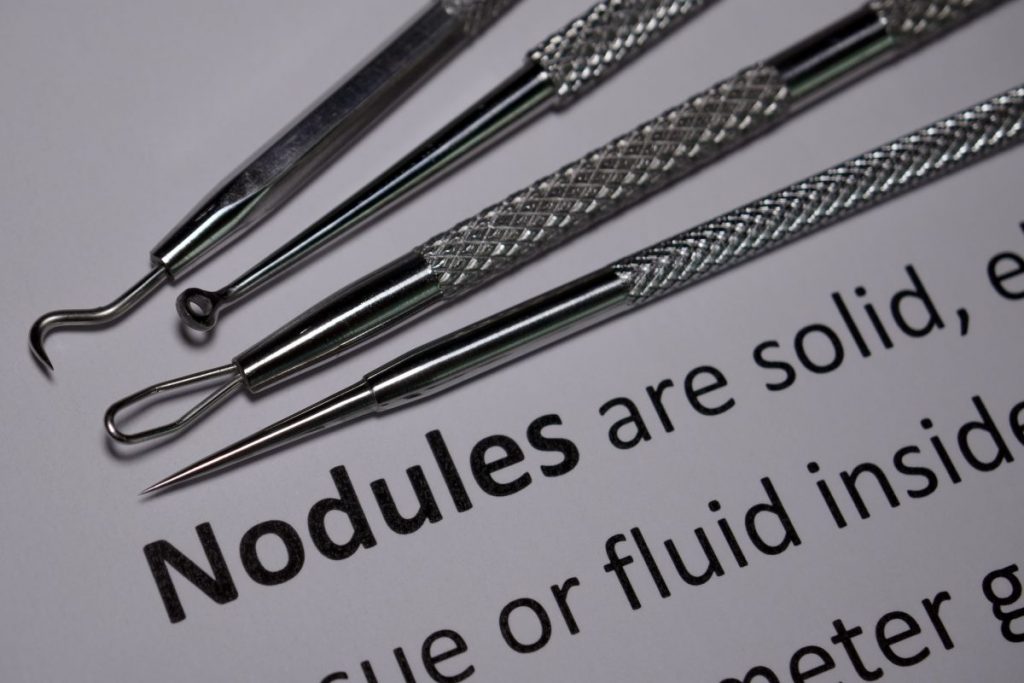