Doctors prescribe a variety of treatments for diverticulitis, a condition that develops when pouches lining the digestive tract become inflamed or infected. The treatments vary depending on the severity of the condition and can range from over-the-counter medications to ease pain and inflammation to bowel resection surgery.

Physicians often place patients suffering from diverticulitis on a liquid diet. Usually, individuals are kept on this type of diet for a few days until their bowels heal and the inflammation subsides. Solid food is more likely to cause pain during a bout of diverticulitis. After a few days of being on liquids, individuals can begin to reintroduce solid foods. 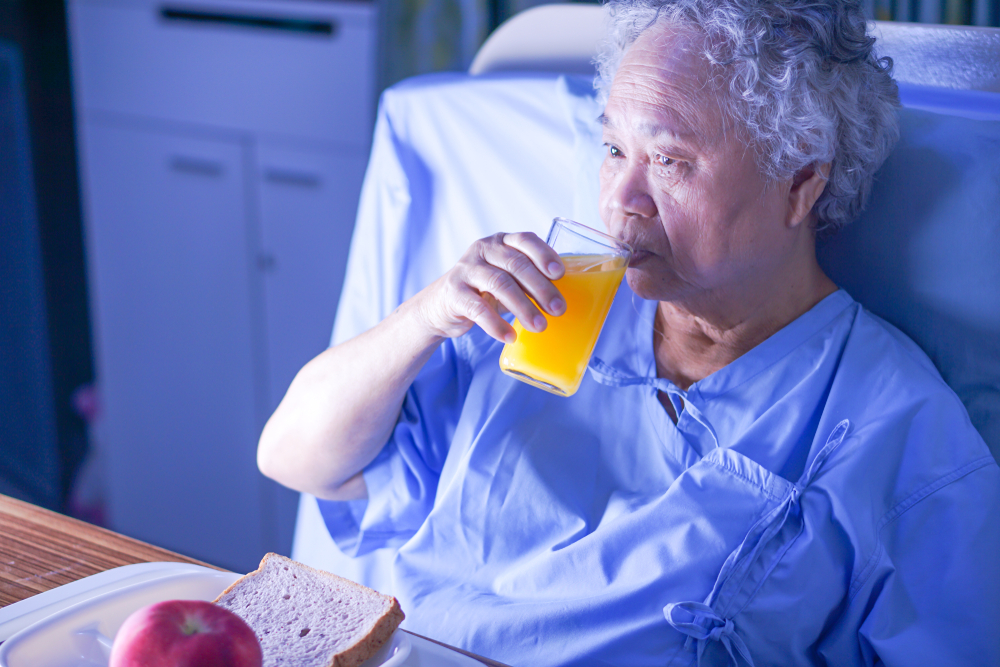 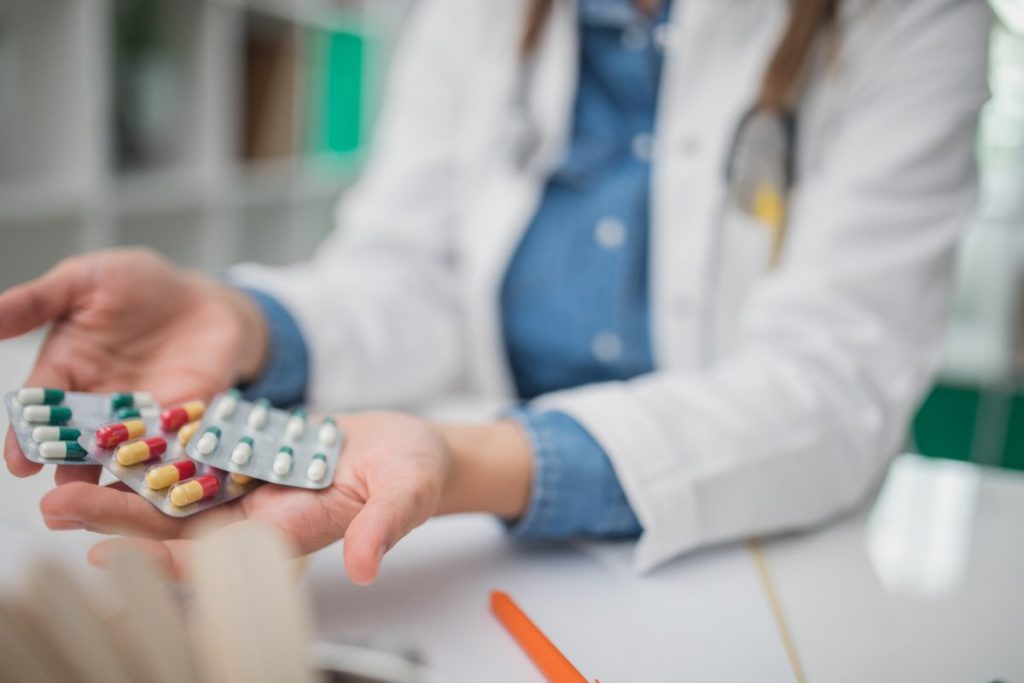 Typically, it’s the pain of the infected or inflamed diverticula that compel an individual to visit their doctor or even the hospital. Doctors usually treat this pain with over-the-counter pain relievers. If surgery is required to treat diverticulitis, doctors and surgeons usually turn to stronger pain relievers to ensure patients are comfortable as they heal, post-procedure. 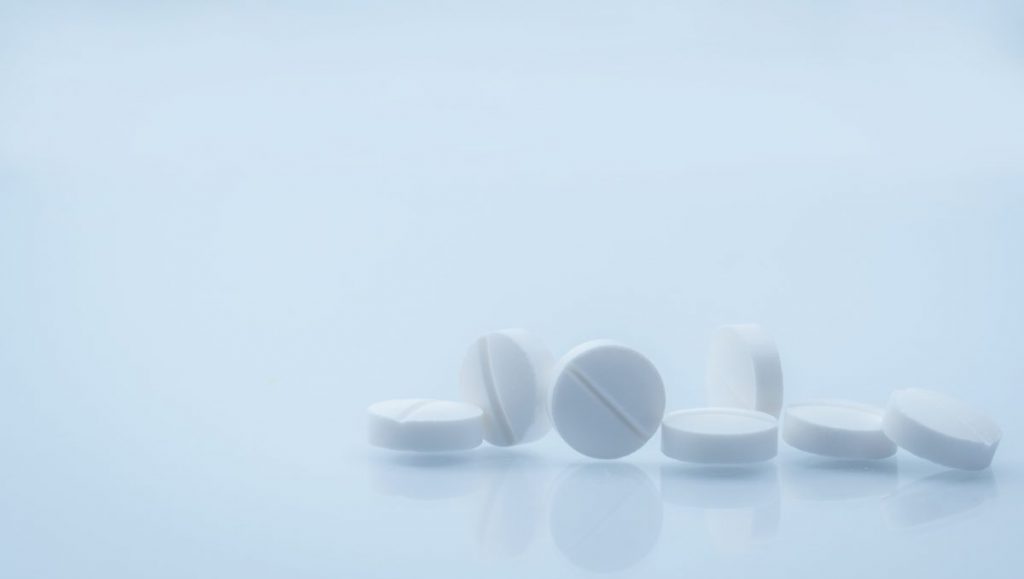 In complicated or severe instances of diverticulitis, a doctor may admit his patient to the hospital to receive intravenous antibiotics. A severe attack or the presence of other health conditions often necessitates a hospital stay. Often, a complicated case of diverticulitis involves a fistula, bleeding, or even a blockage. Increasing fever and pain are hallmarks of a serious cases. 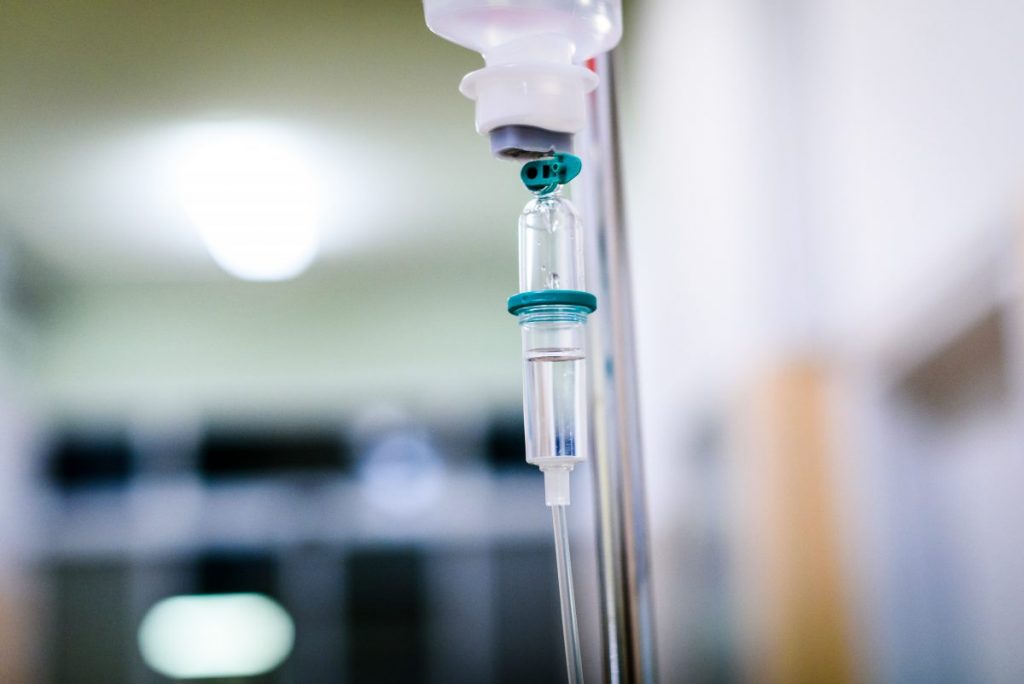 Abscesses can develop when a person experiences severe diverticulitis. A doctor may need to drain the abscess using a tube inserted into the digestive tract. The tube removes the infected abscess liquid. This type of procedure often facilitates a quick recovery, thanks to its minimally invasive nature. Again, doctors may prescribe antibiotics to clear up the infection. 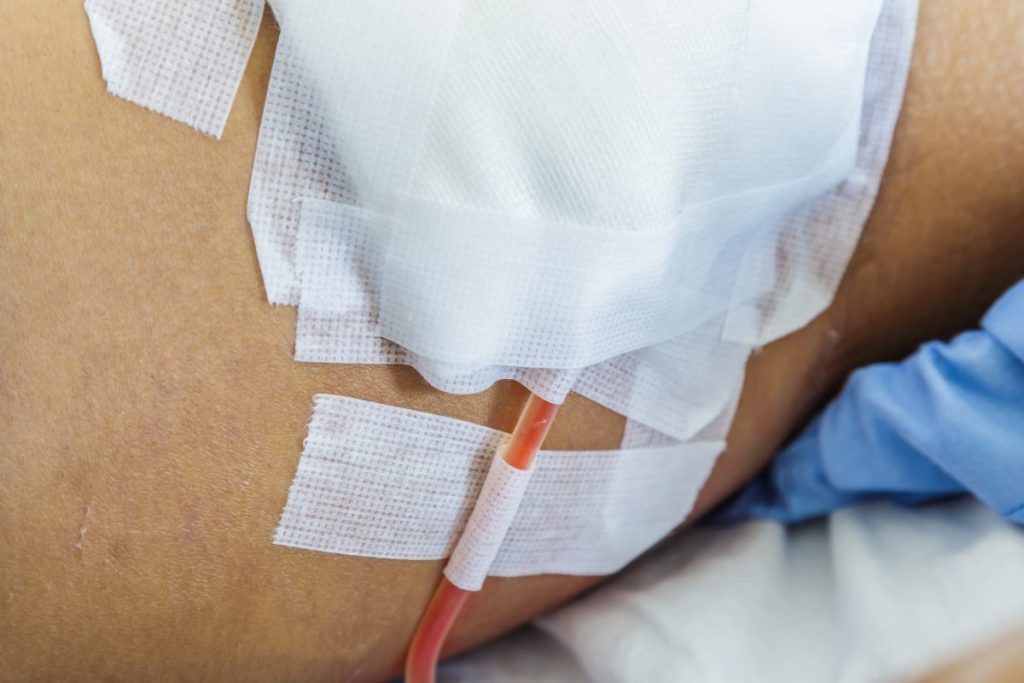 People who develop serious cases of diverticulitis may require surgery. Complications such as bowel abscesses, obstructions, fistulas, and perforation may necessitate immediate surgery. Individuals who have had a few episodes of acute diverticulitis may also benefit from a surgical procedure to prevent the affected diverticula from causing future attacks. Primary bowel resection is one surgical procedure doctors may use to treat diverticulitis. Depending on the amount of inflammation in the bowel, the patient may need open surgery to remove the affected segments of the intestine and reconnect the healthy segments that remain. In some cases, surgeons can perform a laparoscopic procedure to remove inflamed tissue repair the intestines. 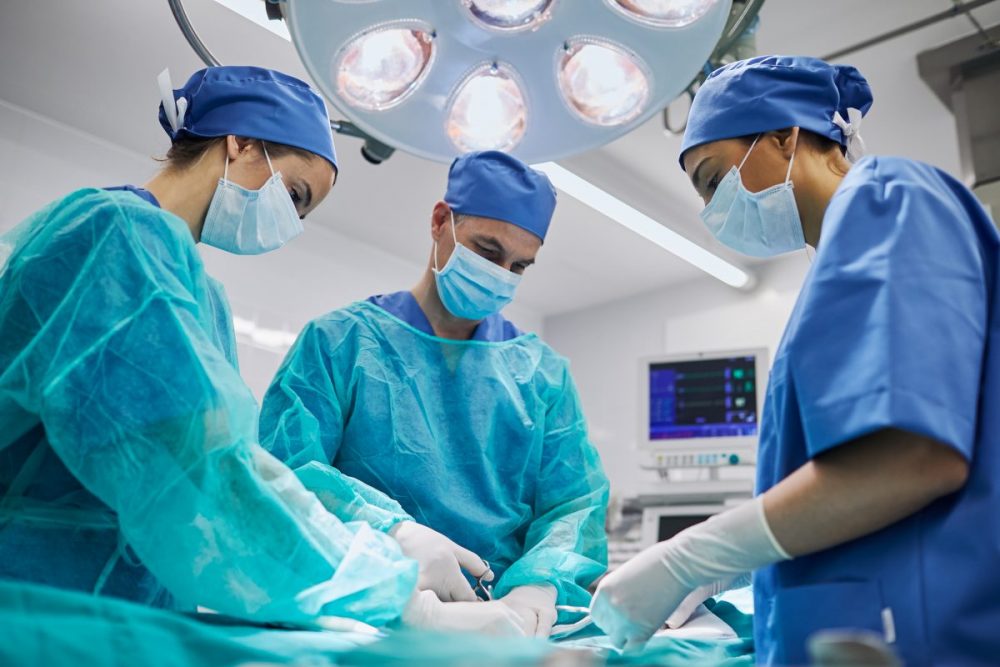 In very severe cases, it is not possible to reconnect the colon and the rectum. Too much inflammation in the diverticulitis can make primary bowel resection impossible. In these cases, the doctor will perform a colostomy. Surgeons create an opening in the abdominal wall and connect it to an inflammation-free part of the colon. This allows waste to pass through the hole or stoma, and then into a bag. After the inflammation has diminished, surgeons can go in to reverse the colostomy and reconnect the bowel. This procedure invariably requires a longer hospital stay. 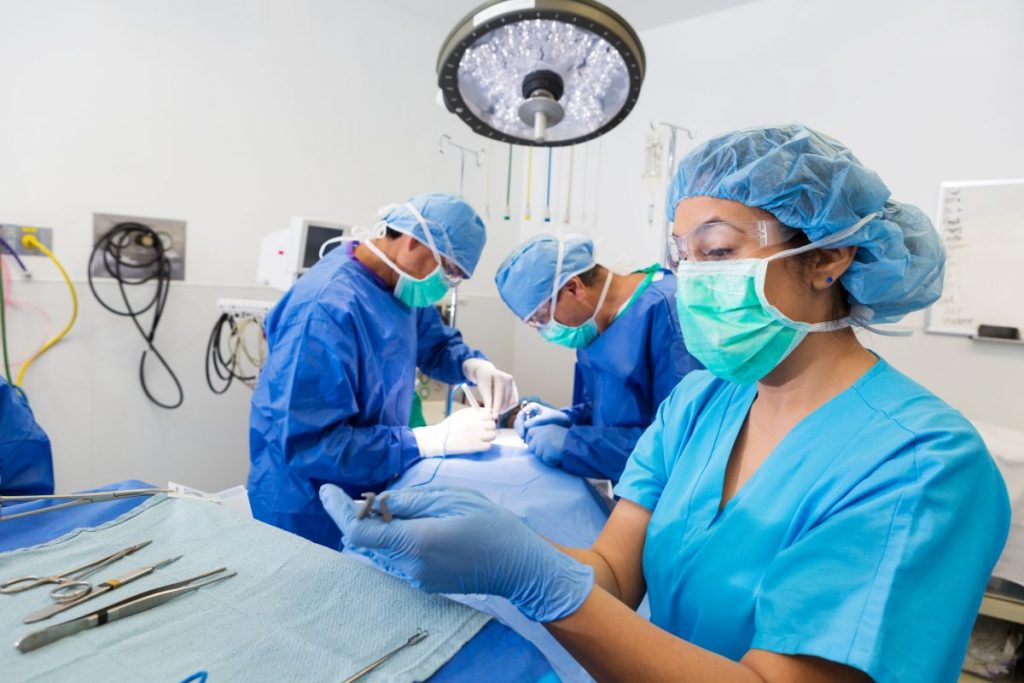 Often, doctors require patients to return six weeks after a procedure for follow-up care, for both mild and complicated cases of diverticulitis. They will often recommend a colonoscopy at this point, especially if more than a year has passed since the last one. If the individual did not require surgery for the previous attack, doctors might still discuss surgical options with patients if they’ve had multiple diverticulitis attacks in the past. 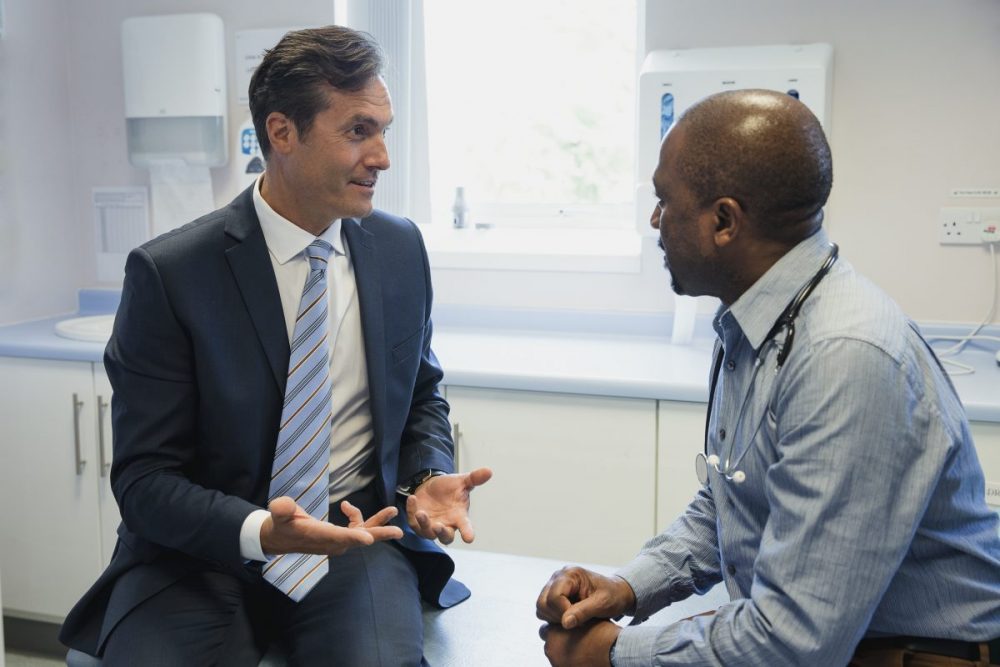 While some people opt for surgery to prevent future diverticulitis attacks, others may aim to prevent attacks by making changes to their diet. Doctors recommend people at risk of diverticulitis adopt a high-fiber diet. In addition, some practitioners believe adding more probiotics to the diet can help prevent diverticulitis; however, medical and scientific evidence has yet to confirm this theory. 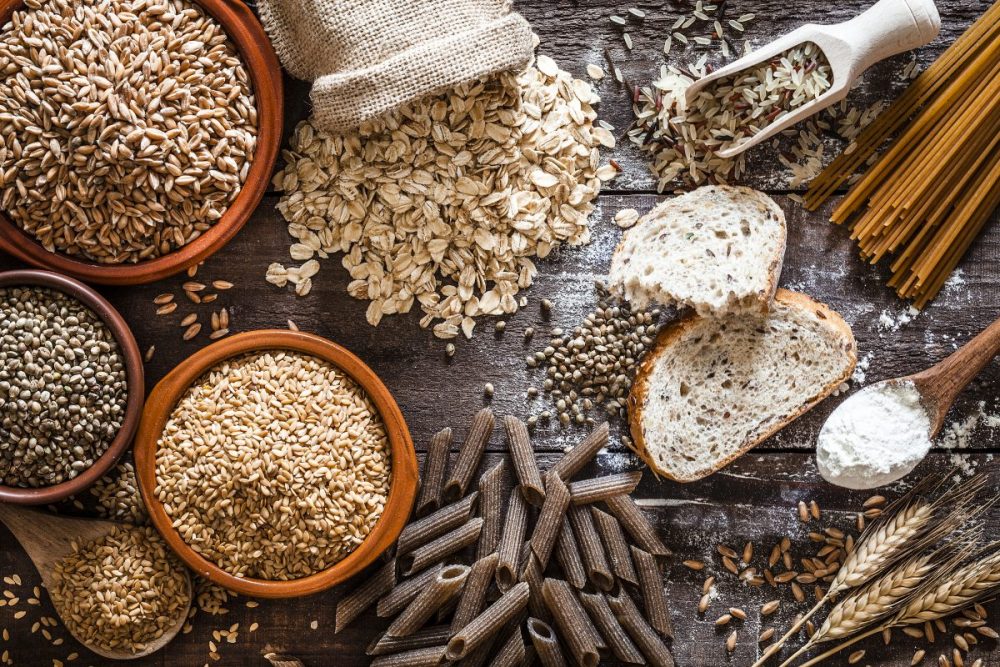