Angioedema is a swelling under the skin that sometimes forms in conjunction with hives. Some medical professionals call angioedema "giant hives" for this reason. Targeting the deeper layers of your skin, the condition primarily affects the face, in particular, the lips. While frustrating, angioedema is harmless and don't leave any scarring or lasting marks. In rare cases, angioedema may be a symptom of a more serious underlying condition, but for the most part, the symptoms of angioedema fade in time.

Angioedema is typically the result of an allergic reaction. The inflammation occurs when your body produces too much histamine, making your blood vessels swell. Angioedema is a more severe reaction than hives, despite being similar in presentation. Some of the more common allergens that can result in hives or angioedema are latex and insect bites. That said, airborne allergies like hay fever and dust mites can bring it on, as well. Angioedema may also develop as a result of an autoimmune condition such as lupus, or as a result of leukemia. 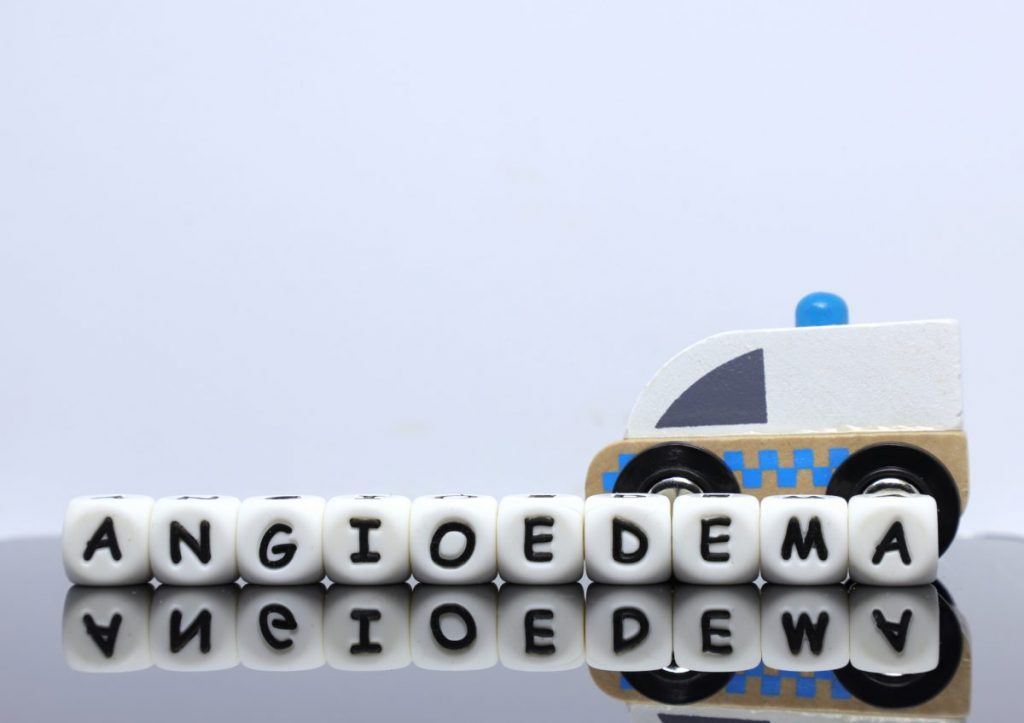 Who is at Risk of Angioedema?

Risks of developing angioedema are higher in people who have experienced it before. Previous allergic reactions can also be a driving factor. Much more rarely, angioedema can be genetic, as a result of a condition called hereditary angioedema. Other environmental or physical factors that can cause angioedema or hives include sudden temperature changes and stress. Angioedema can also be a product of a previous injury. 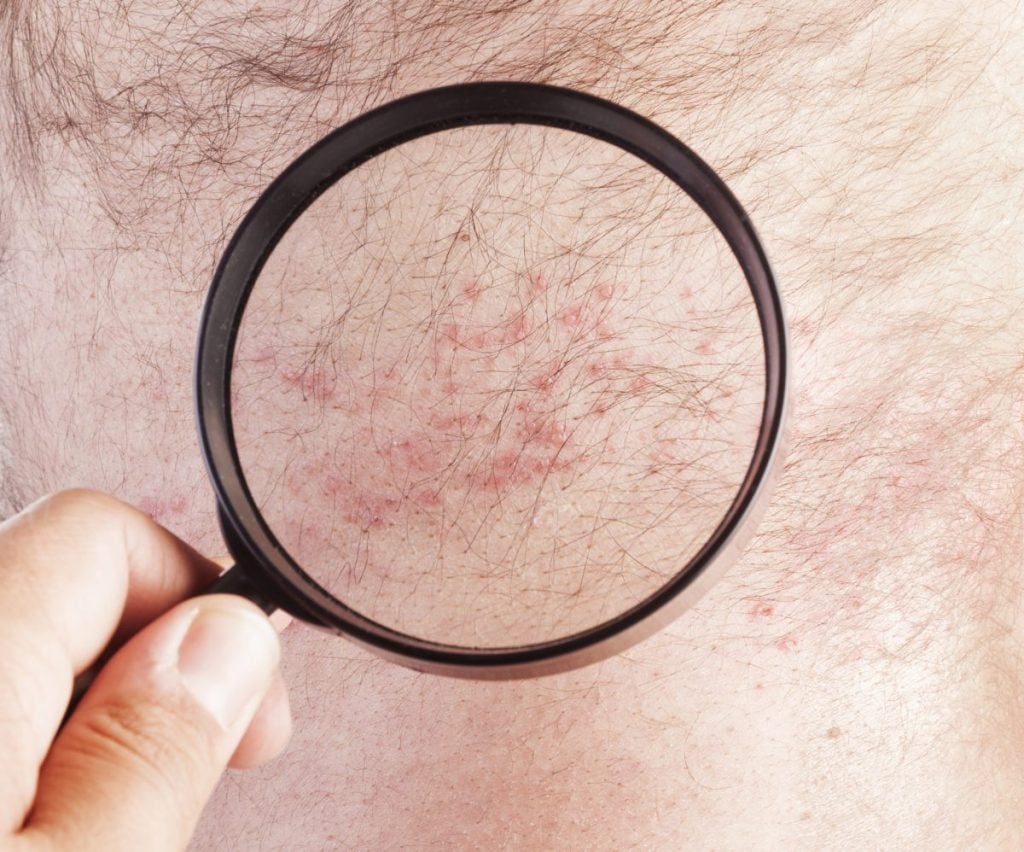 What Are the Symptoms of Angioedema?

The most common symptom of angioedema is swelling, but additional symptoms include discolored patches of skin and rash. In the rare cases where angioedema affects the airways, it can cause swelling leading to trouble breathing. If you develop a rash or hives that then leads to breathing difficulties, call emergency services. 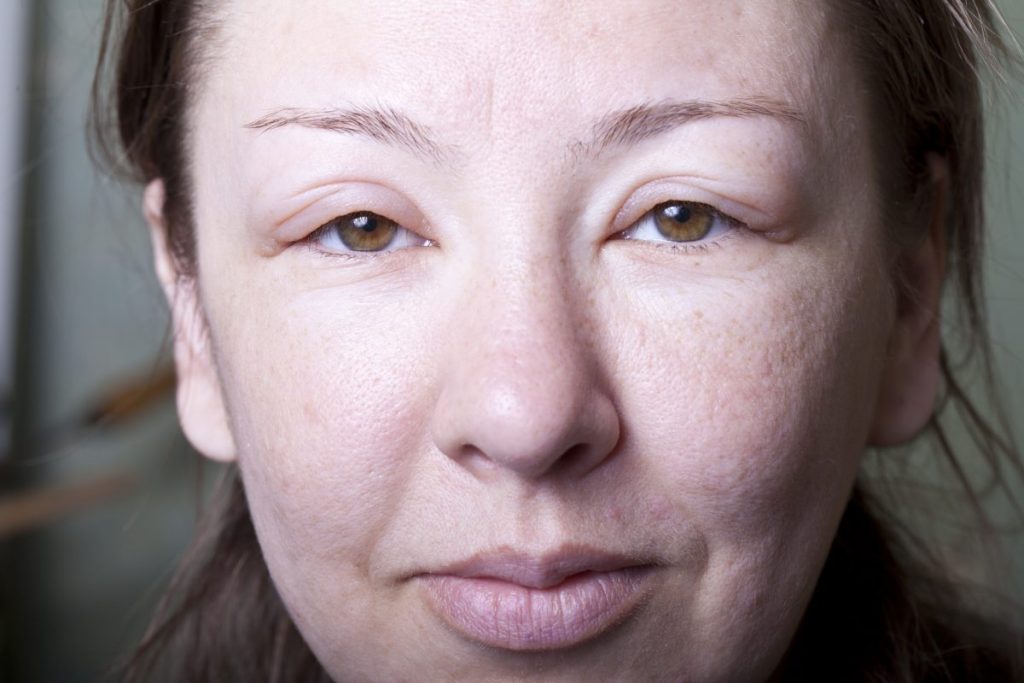 Swelling Under the Skin

When you have an allergic reaction that makes your face or eyes swell drastically, this is angioedema. In some but not all cases, swelling around the eyes occurs alongside hives or a rash. As well as the face, the feet may also be affected. Swelling is a rapid result of a build-up of fluid deep under the skin. Medication can help to reduce the chances of swelling if you have hereditary angioedema. In some cases, a doctor may administer a steroid injection to curb the inflammation. 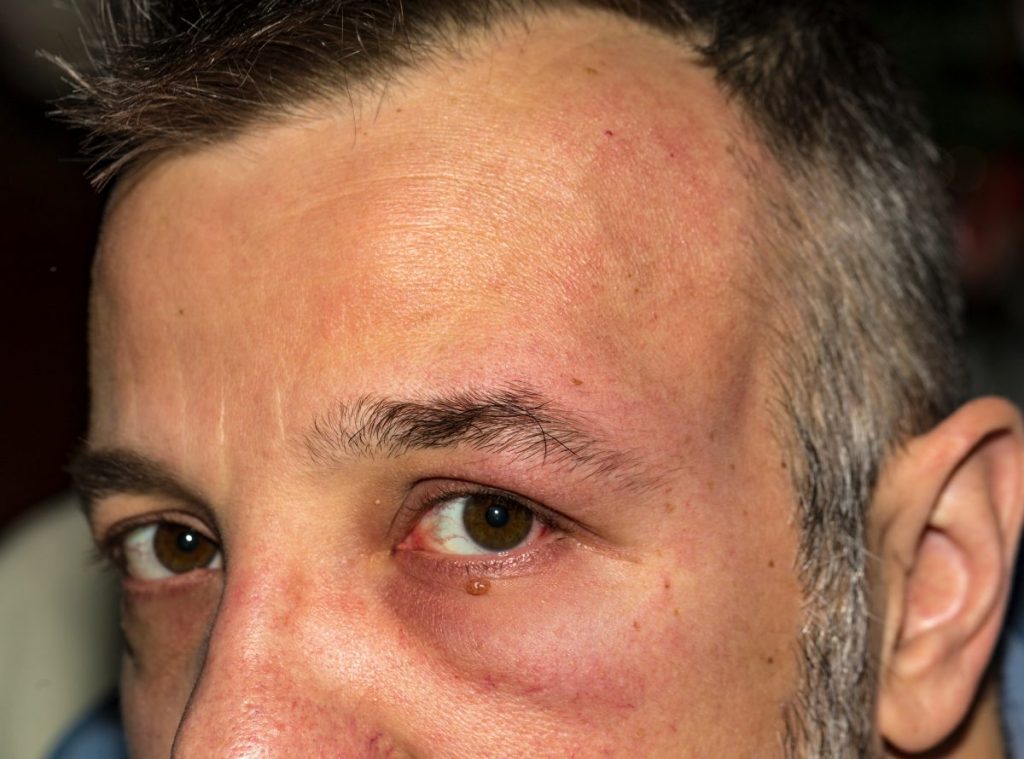 Hives are itchy, raised, red welts that develop on the surface of the skin. Also known as urticaria, they occasionally present alongside angioedema. Ranging from a few millimeters to several centimeters, hives usually fade once the cause of the breakout has been addressed. Unlike angioedema, hives on their own aren't a symptom of an allergic reaction. But, when they occur with swelling, allergies are the most common cause. Generally, hives last for less than six weeks. 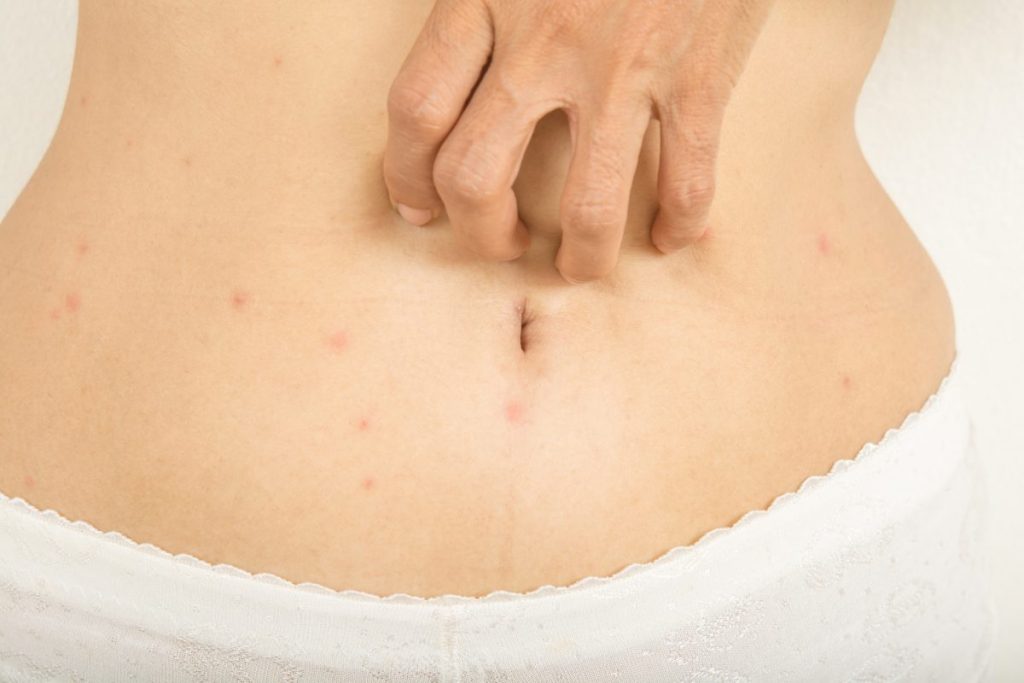 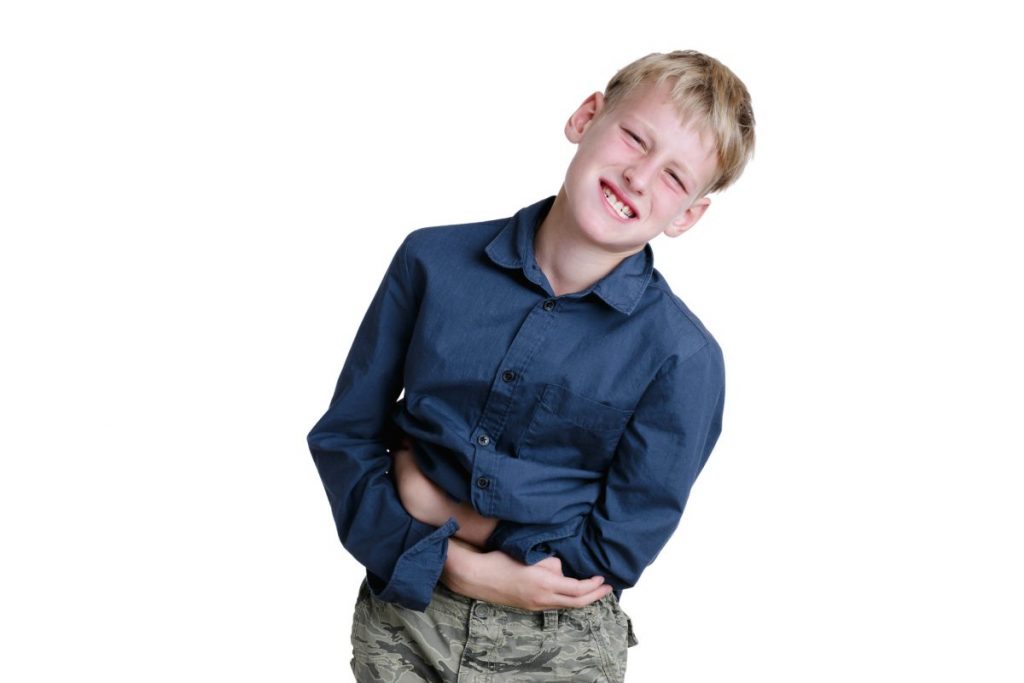 Discoloration of the skin tends to be a result of swelling. When angioedema makes your face appear puffy, your skin may take on a pinkish-red shade. The skin will also blanch, which means if you press on the red skin, it will turn white. Once you stop touching it, it will go back to its pink or red color. Discoloration can sometimes occur with a rash or hives. 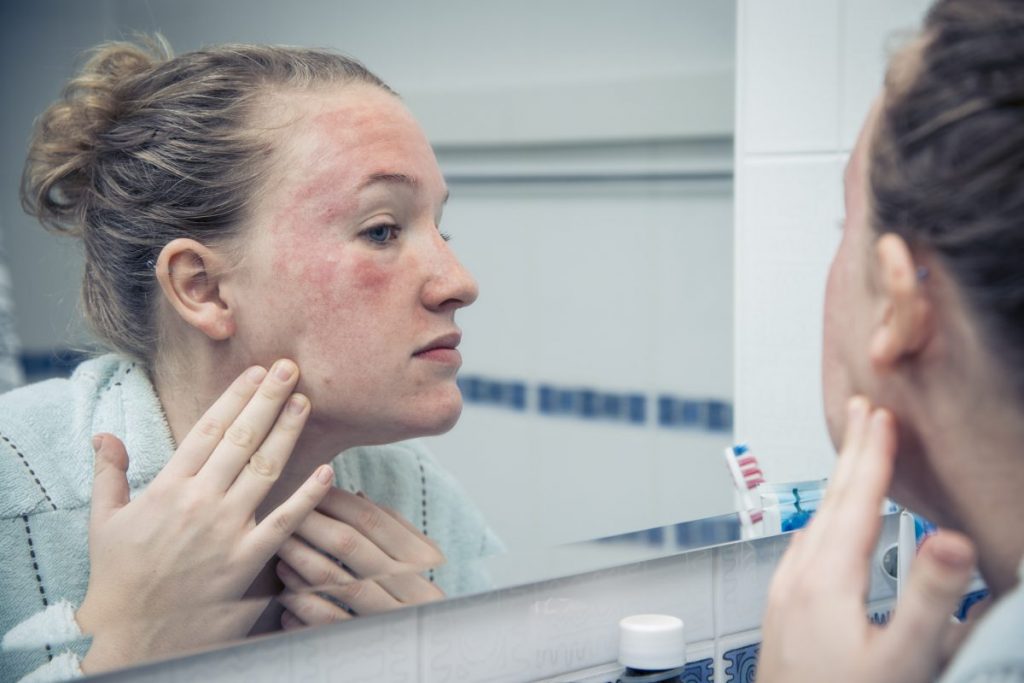 This may be the rarest complication, but if an allergic reaction causes your throat to swell, angioedema becomes dangerous. Usually, this symptom is mild and will start to ease up as the reaction dies down. That said, if swelling around the throat progresses rapidly, it can lead to asphyxiation. If you're experiencing an allergic reaction that's causing you to have difficulty breathing, call 9-1-1. 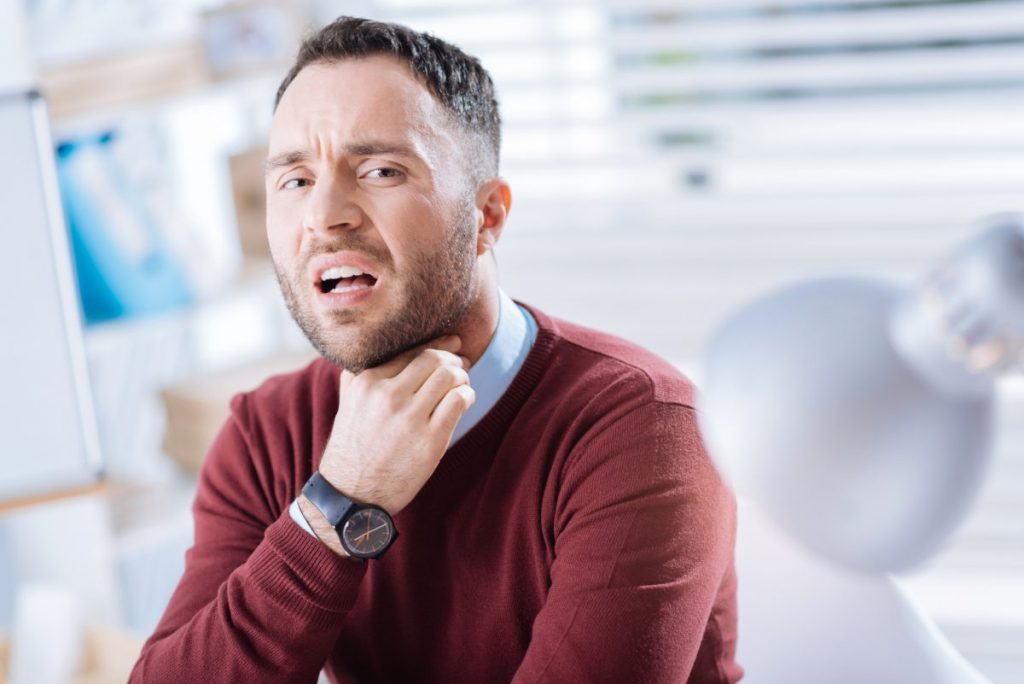 Although angioedema doesn't tend to be itchy in and of itself, if it develops along with hives, the latter will be. Instead of itchiness, you may also experience a tingling sensation before the skin swells. This reaction can also feel like a burning or a numb sensation in the lips or affected areas. Any tingling sensations should subside as the allergic reaction and swelling lessen. 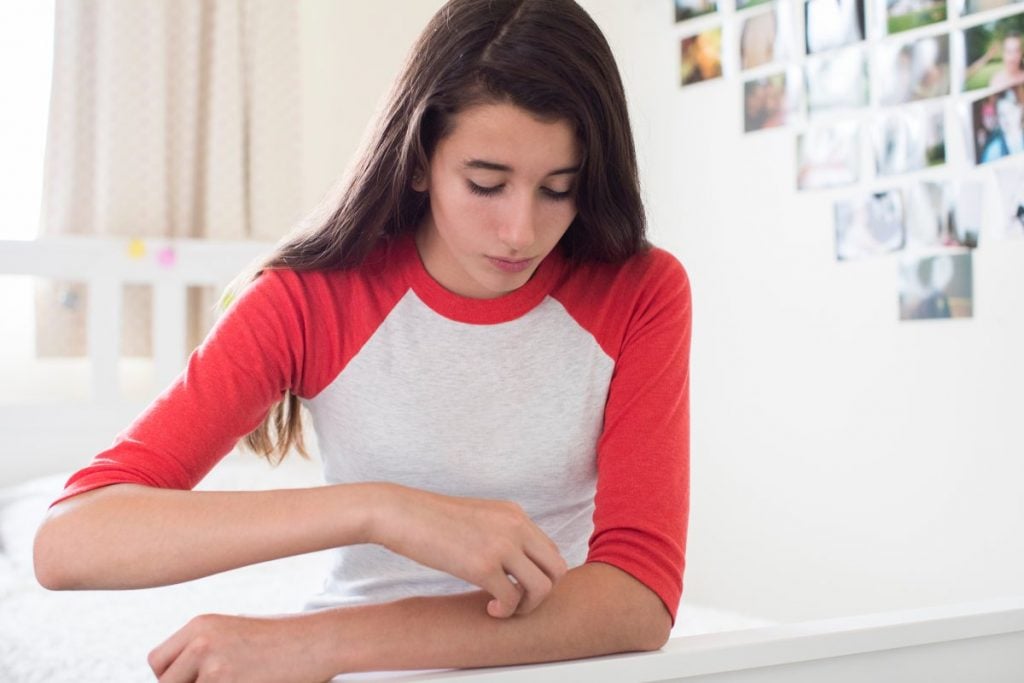 How is Angioedema Treated?

Mild symptoms of angioedema tend not to need treatment, as they often clear up on their own. Moderate or more severe symptoms -- such as if hives last more than a few weeks -- may require medicinal aid. If you do require medication, your doctor will probably prescribe antihistamines and anti-inflammatory medication. Home remedies can also be helpful in relieving some of the symptoms. Placing a cool compress on the swelling can help bring it down. 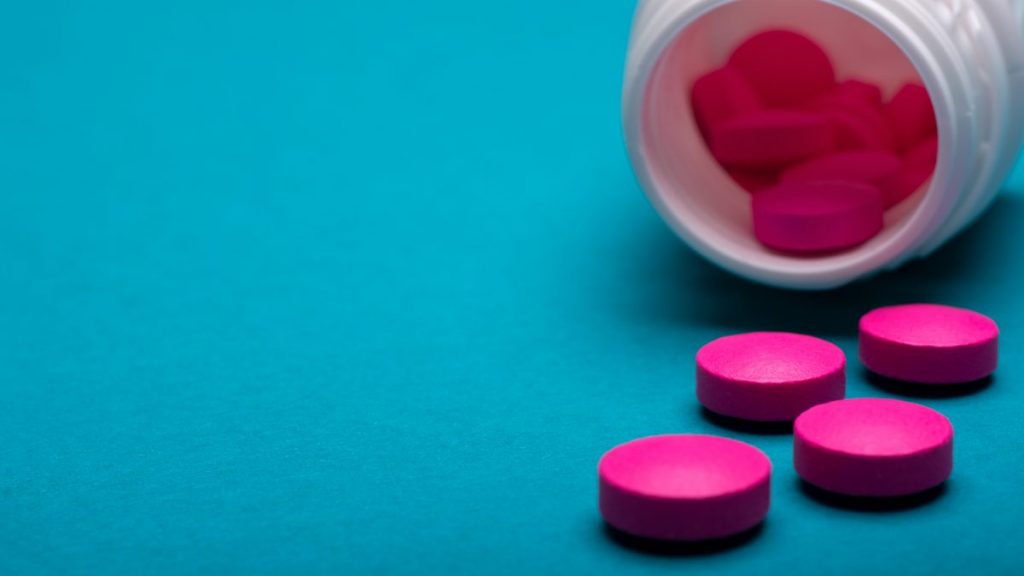