You've likely experienced ear barotrauma in your lifetime if you've driven through the mountains or taken a commercial flight and experienced the sensation of "popping" ears. The discomfort that most feel when this happens, and the pain that fewer people feel, is most often caused by pressure changes in the air and water. Infections and blockages can also cause this condition, which affects the inner ear. Ear barotrauma usually clears up by itself, but in severe cases, corrective surgery may be necessary.

In each ear, there is a tube that connects to your nose and throat -- the eustachian tube. When a blockage occurs, you're likely to experience symptoms of ear barotrauma. For most, this is more irritating than harmful, but that's not always the case. Occasional (acute) and recurring (chronic) ear barotrauma may require some kind of treatment. 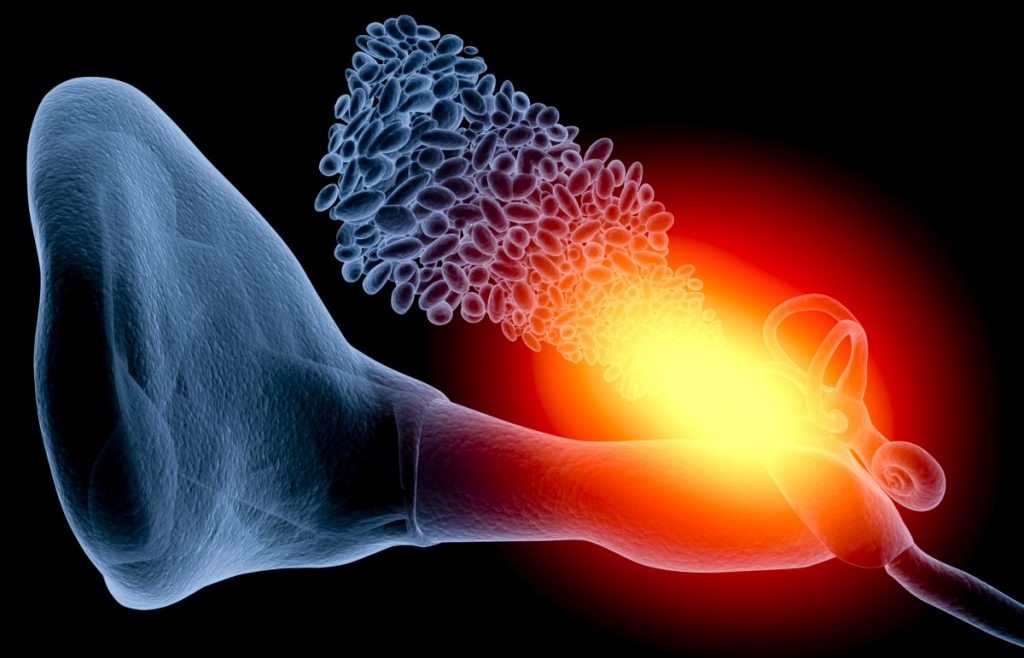 For frequent flyers and those that live at altitude the symptoms of ear barotrauma usually feels like a fullness or stuffiness in one or both ears. Additional symptoms include dizziness, difficulty hearing, and slight, temporary hearing loss. Any of these symptoms should clear up in a matter of minutes but can last over an hour. 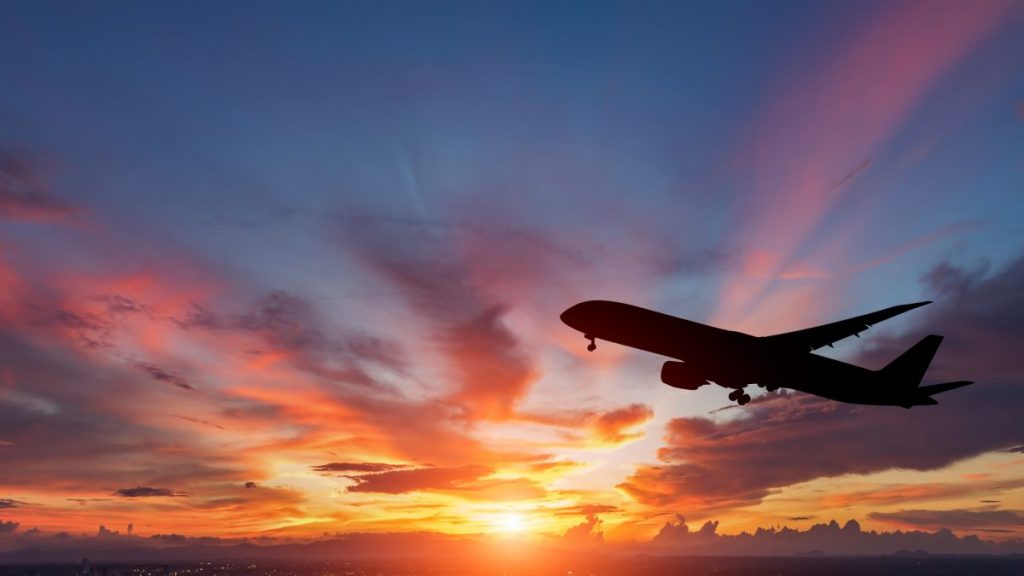 While most cases of ear barotrauma require no treatment, if symptoms include increased ear pain, the feeling that you're underwater, nosebleeds, or continued hearing loss, it is a good idea to see a doctor and determine whether there is some injury to the eardrum. 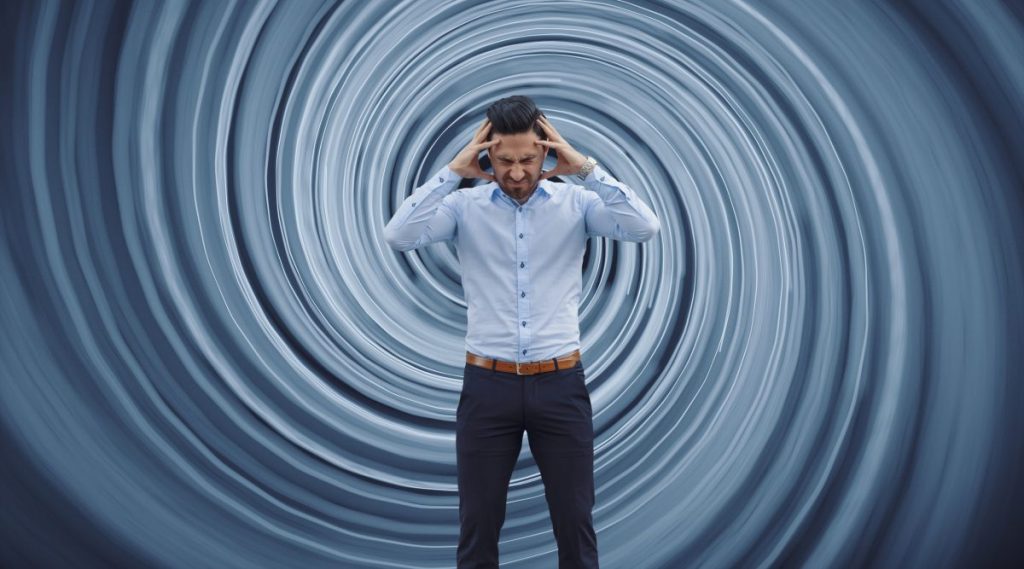 The eustachian tube is responsible for the restoration of equilibrium in the ears during pressure changes, which most commonly occur due to altitude fluctuations (which is why some people call the condition "altitude ear"). If the inner ear has a different pressure than outside the ear, barotrauma symptoms start. While this can happen hiking and driving, the pressure changes in an airplane occur much faster, so symptoms are often more noticeable. 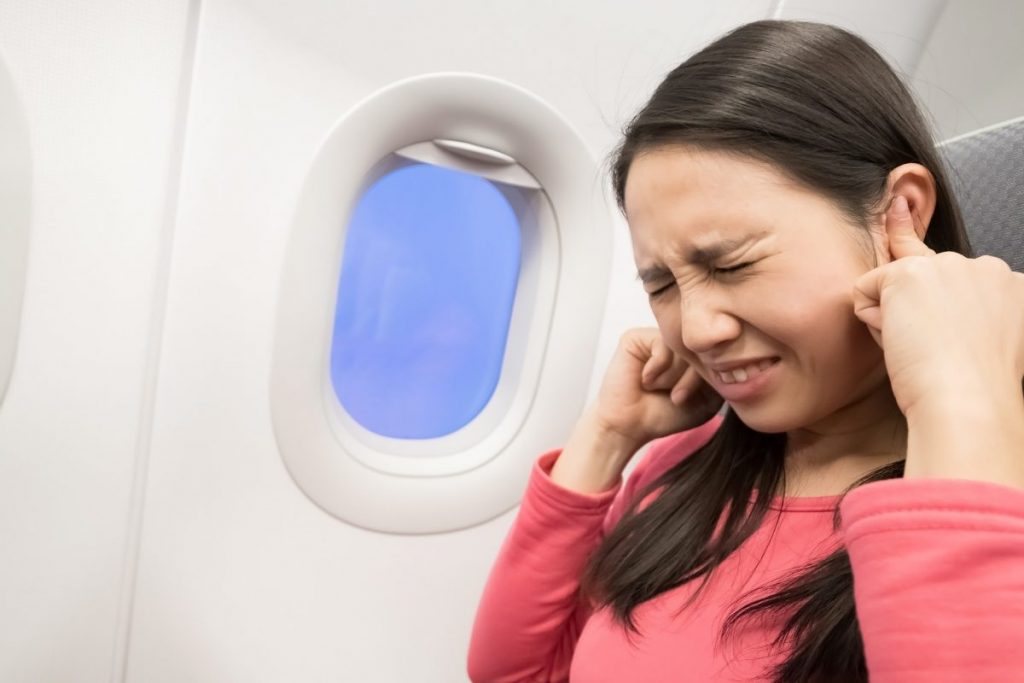 Middle ear barotrauma affects nearly 30% of first-time divers and roughly 10% of experienced divers. Boyle's Law says that as ambient pressure increases, a gas-filled volume with that pressure decreases, and vice versa. Essentially, barotrauma while diving usually occurs within the first 14 feet of a dive, where pressure change is greatest. This is precisely why divers learn to equalize early and often on descent and assent. 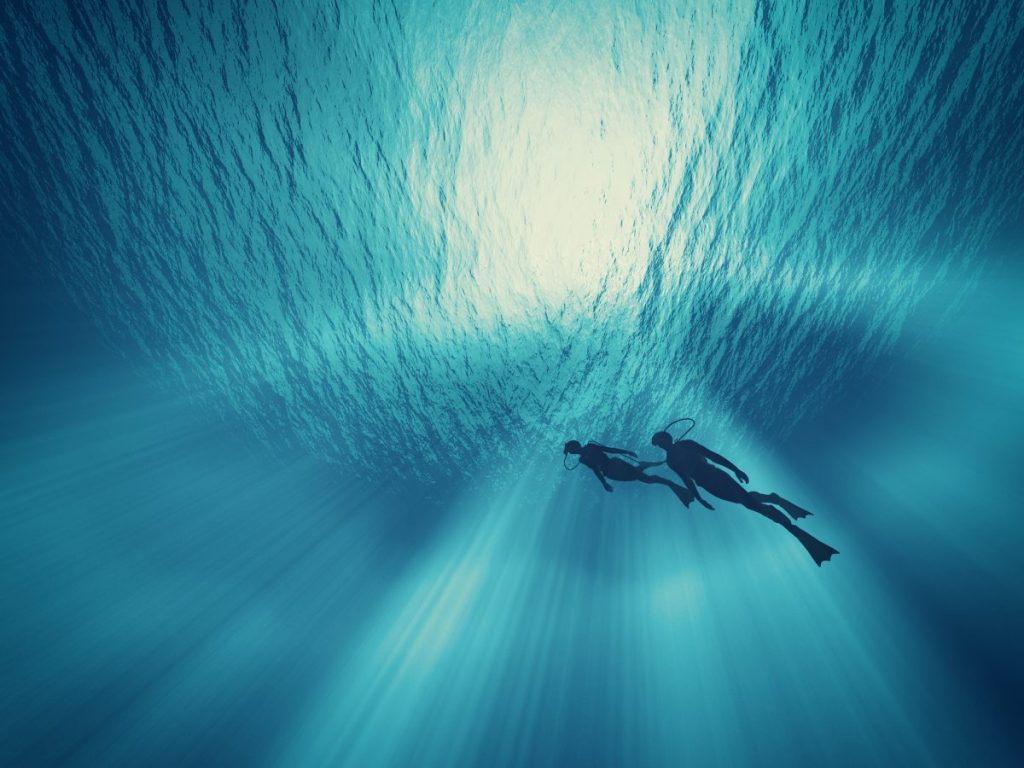 While most people experience ear barotrauma as the plane descends, some have an issue when the vehicle takes off, as well. Exhaling through the nose while ascending should lower your chance of experiencing the pressure changes in the ear. Chewing gum, purposeful yawning, and swallowing during the flight is also helpful. Additionally, try to stay awake during takeoffs and landings. 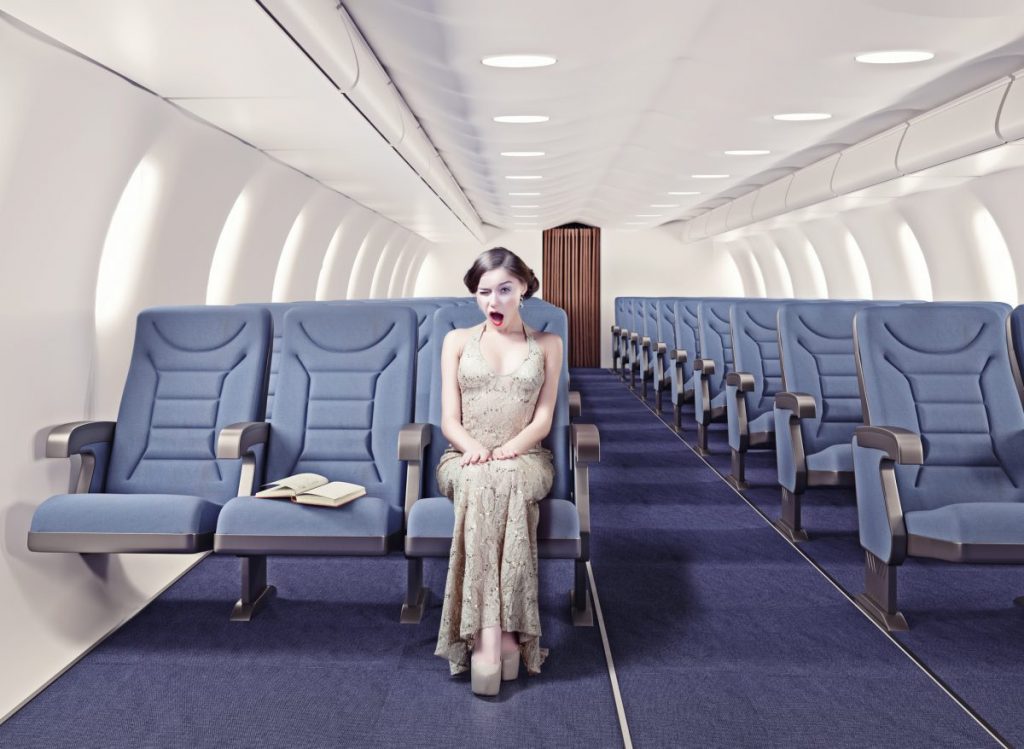 Doctors do not recommend ear drops for preventing or reducing ear barotrauma; You're trying to avoid blockage, not potentially carry dirt into the middle ear or plug it with liquid. Many people who suffer from ear barotrauma regularly when flying take antihistamines or decongestants to reduce the effects. Nasal sprays can be prescribed by a doctor, as well. 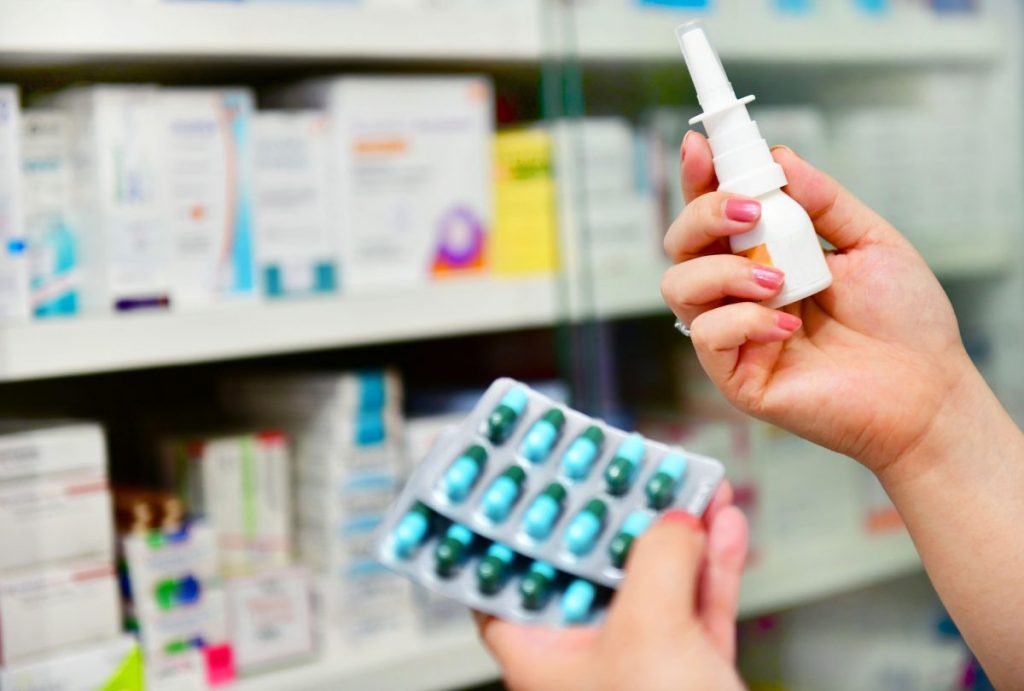 Infants and young children have smaller, straighter Eustachian tubes which leave them more susceptible to ear barotrauma. The effects are often very unsettling for babies because they do not understand what is happening. Feeding infants during altitude changes may help prevent ear barotrauma. If the pain continues after landing, a doctor may prescribe ear drops for pain relief. 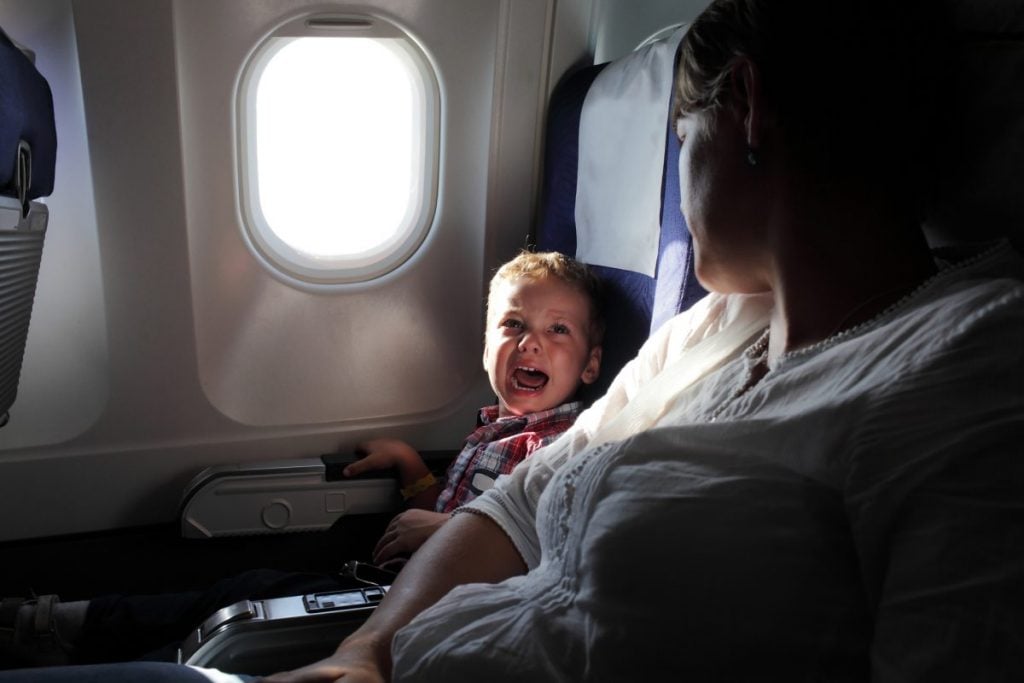 The majority of people recover fully from ear barotrauma with no permanent hearing loss. If you find the symptoms persist for long periods of time, you might try to avoid flying when possible, and scuba diving probably is not for you. Sometimes, allergies or an infection cause ear barotrauma and need to be treated to recover fully. Severe cases can take up to a year to resolve. 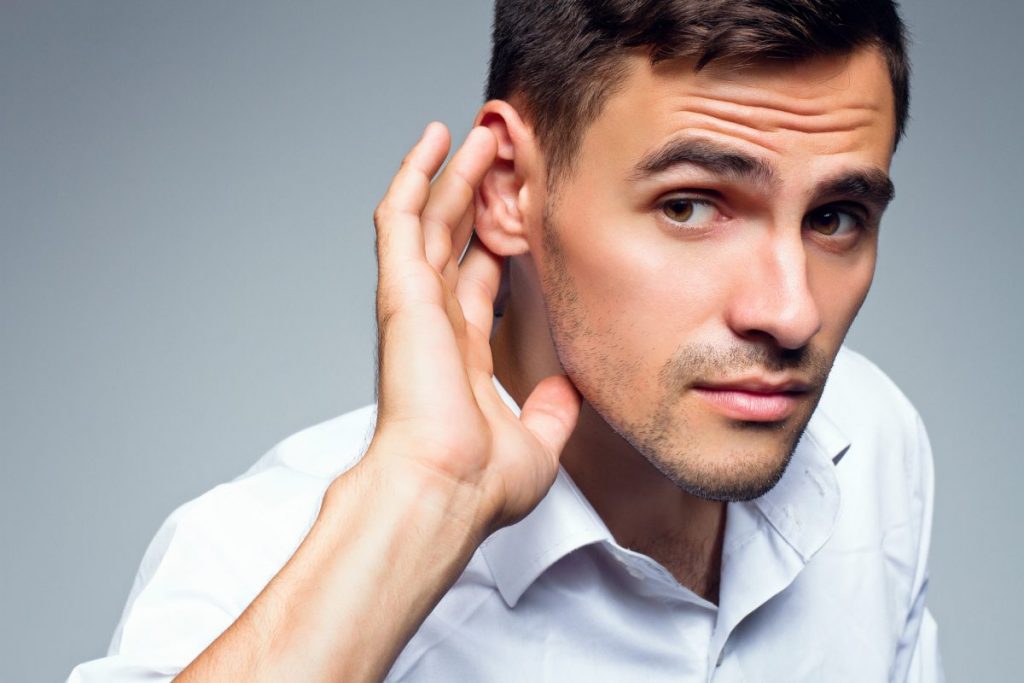 In chronic or severe cases, surgery may be deemed the best option by your doctor. This is usually done by putting small cylinders in the eardrum to increase airflow in the middle of the ear. These tubes are generally left in for six months to a year. Children and adults with chronic barotrauma who must fly often are the most likely candidates for this surgery. 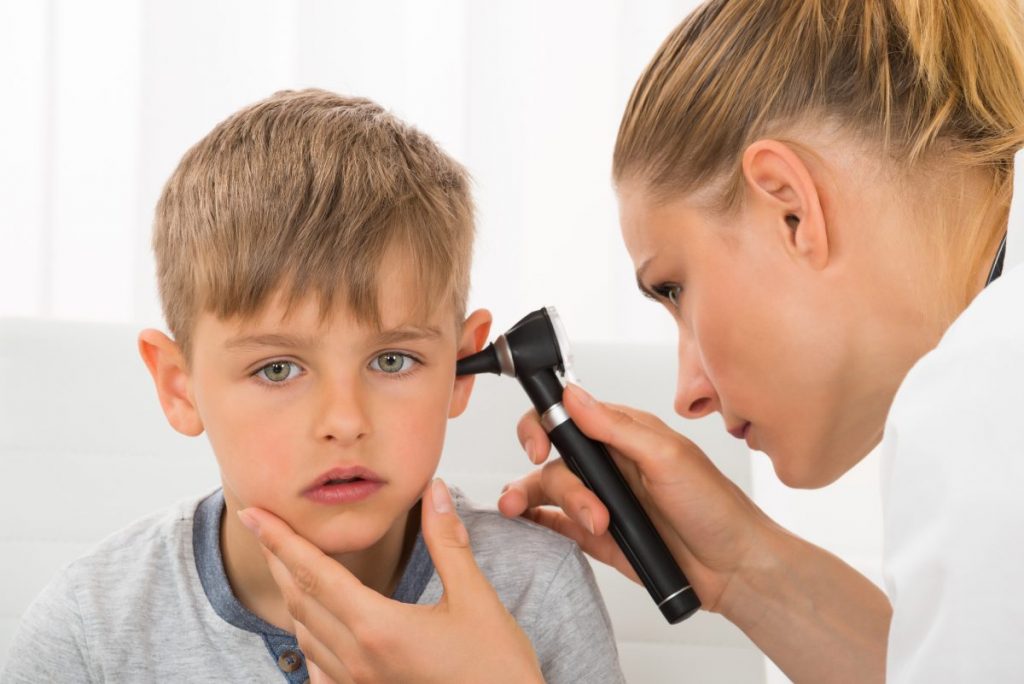