Sometimes called "second cell death," necrosis is the opposite of apoptosis or programmed cell death. During necrosis, tissue dies without anything to trigger the next step: phagocytes that clean up and recycle the dead cells. Instead, the debris accumulates and causes inflammation, spurring a cascade of events. Chemicals released in necrosis start a chain reaction that damages other systems. Necrosis generally requires prompt medical treatment to avoid serious consequences.

The causes of necrosis can be internal or external. External circumstances include injury to the body that causes cell damage or destruction, or ischemia, a disruption of blood supply to tissues. An example is frostbite: ice crystals put pressure on cells, causing them to burst. Internal factors include bacteria, toxins, and damaged or defected nerve cells. The venom from the Asian giant hornet, Vespa mandarinia, and recluse spiders from the U.S. and South America impart toxins that can cause necrosis. 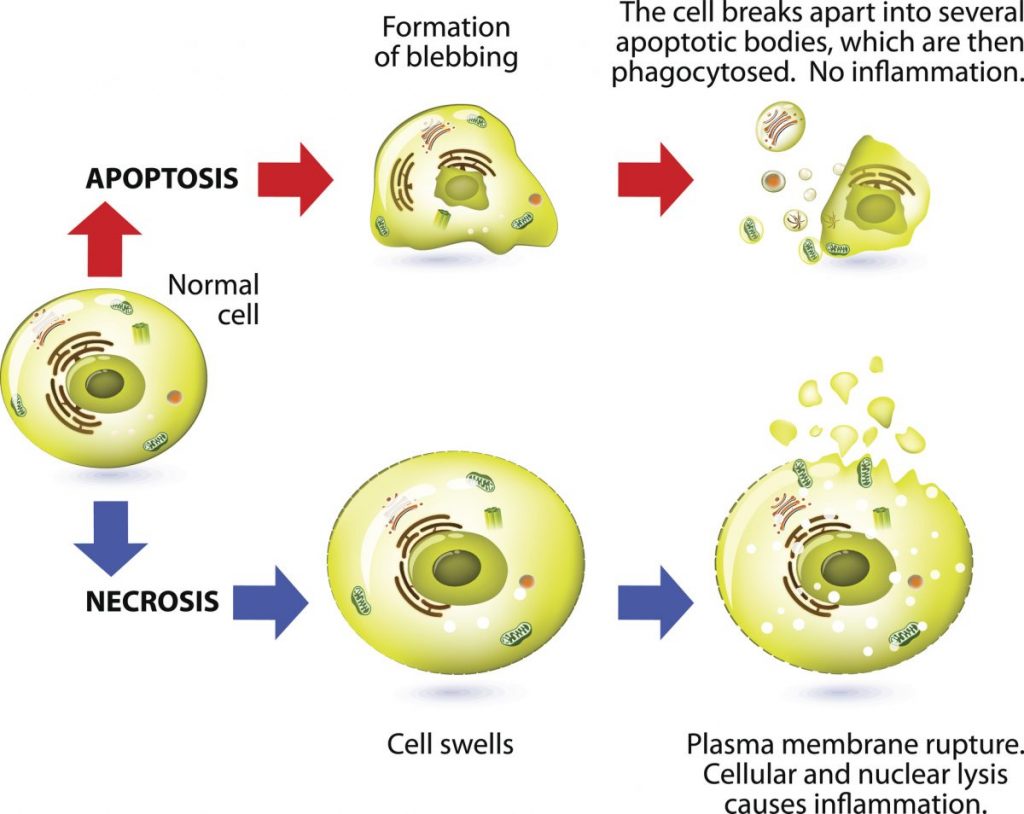