The Most Popular Plastic Surgery Procedures

Gone are the days when you could spot somebody who had plastic surgery procedures with ease. Now, cosmetic and reconstructive procedures are quite common, and many do not even require invasive measures. Instead, injection and laparoscopic practices are widely available. Though many plastic surgery options exist, some are more popular than others.

One of the most common plastic surgery procedures is breast augmentation. During the procedure, the surgeon makes an incision below the breast and positions the implant between the breast tissue and chest muscle or behind both. Between the breast and muscle is the more natural position. However, placing implants under the chest muscle also has its benefits, chiefly making it easier for doctors to administer breast exams or mammograms. 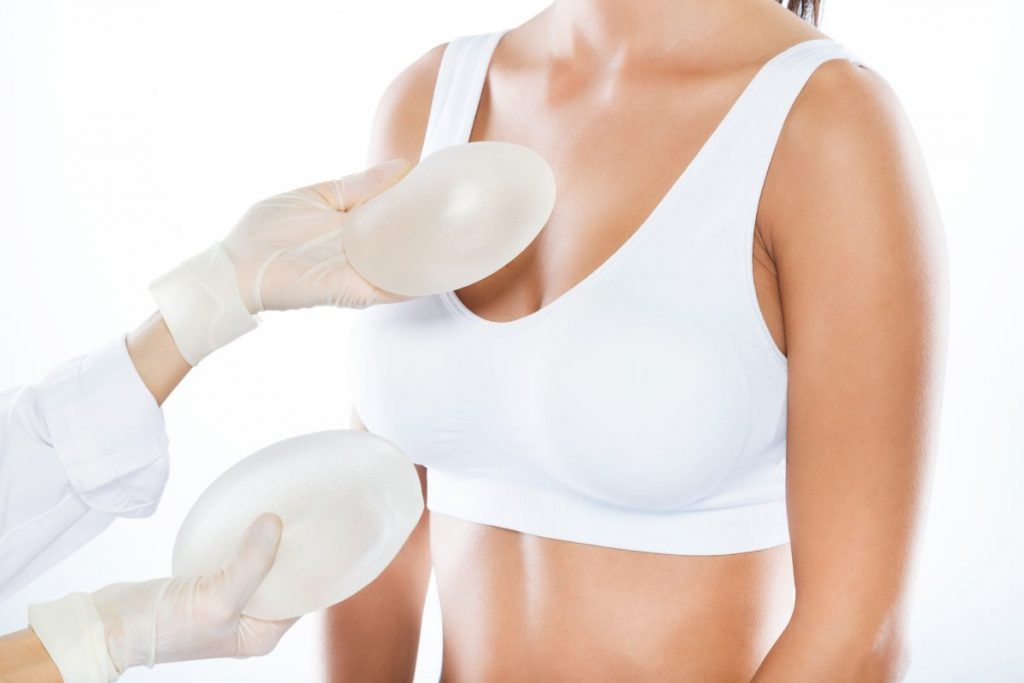 Liposuction is a procedure to move unwanted body fat, most often in areas where it is prone to collecting, such as the abdomen, thighs, buttocks, and arms. The surgeon removes the excess using a specially-designed suction device called a cannula -- a thin tube connected to a vacuum. Various techniques require the use of this same tool. Though some people think of it as such, liposuction is not a recommended weight loss procedure and does not treat obesity-related issues. 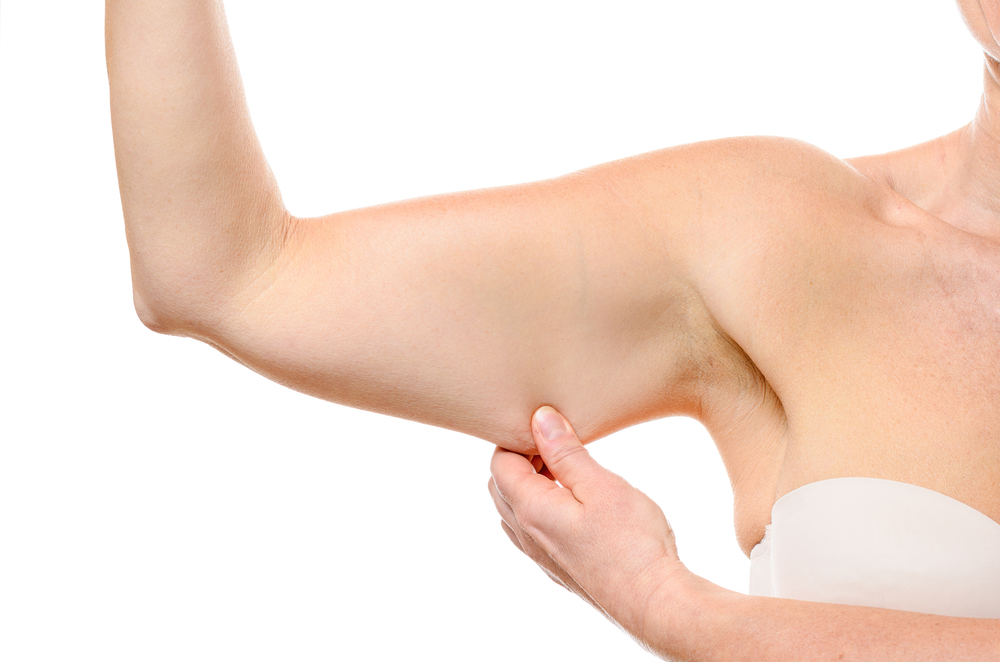 Rhinoplasty is a plastic surgery procedure that changes the size and shape of the patient's nose. Depending on the preferences of the individual, the surgeon can straighten a crooked nose, remove a bump or hook, or make the feature smaller overall.  Most rhinoplasty involves making small cuts within the nostrils that allow the surgeon to reshape the cartilage and bone with minimal or no outer incisions. 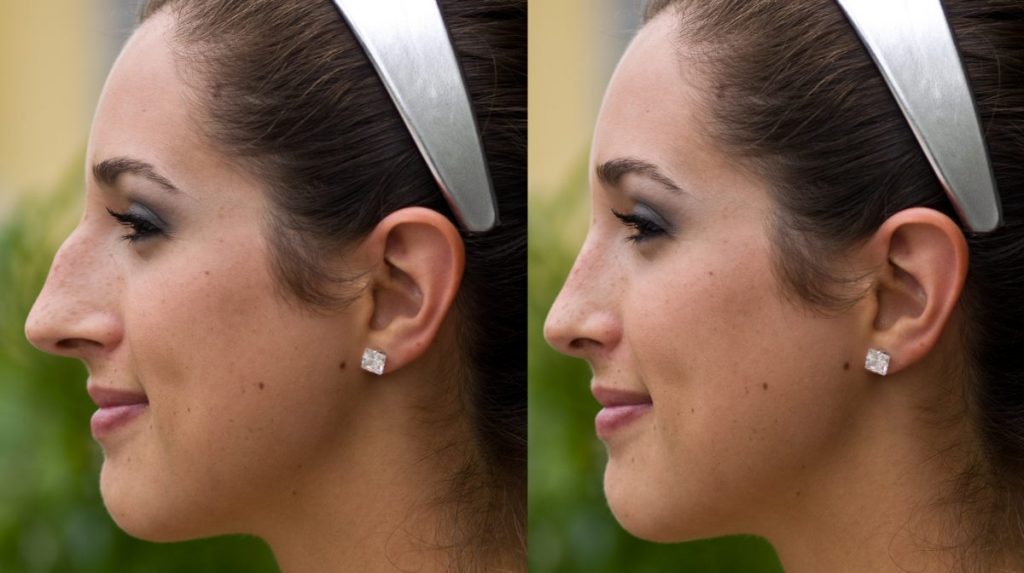 Often confused with liposuction, a tummy tuck (abdominoplasty) is a different procedure altogether. Tummy tucks involve tightening the abdominal and flank wall skin and muscles. The surgeon does this by making two incisions: one from hipbone-to-hipbone, close to the pubic area, and the other close to the navel. The muscles within are then pulled together and stitched for a more streamlined shape. Like liposuction, a tummy tuck is not a weight loss tool. In fact, most surgeons recommend their patients lose all the weight they plan to before undergoing the procedure. 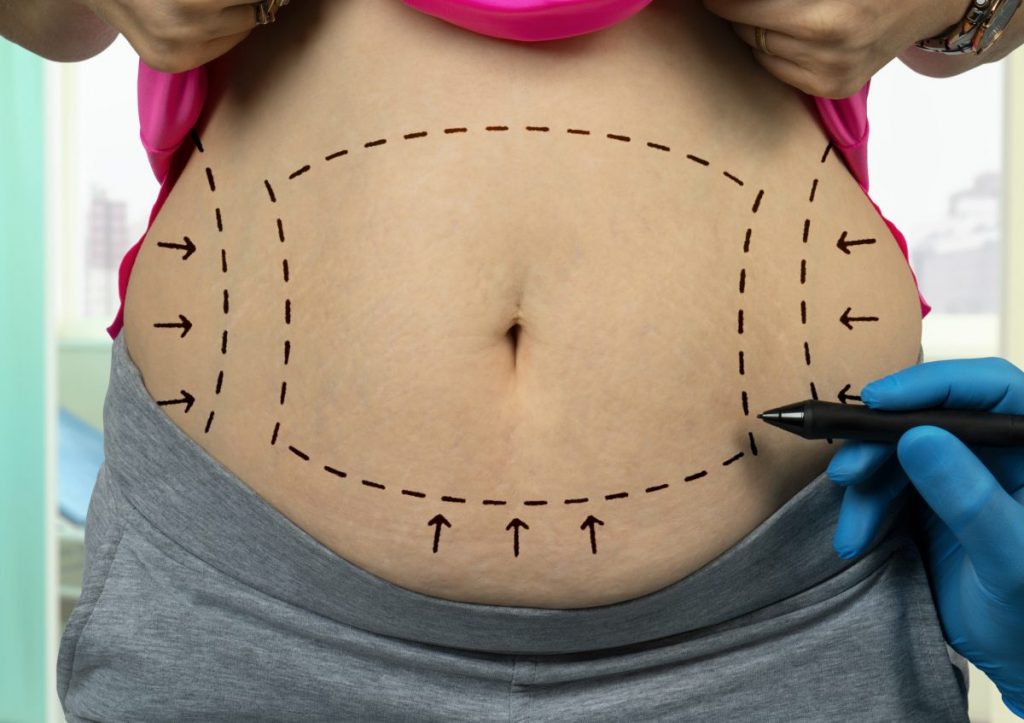 Blepharoplasty tightens and reshapes the eyelids. Upper-eyelid and lower-eyelid reshapings are two separate procedures. Both operations require the surgeon to cut into the skin crease of the upper or lower eyelid. Then, they remove excess skin and fat that causes dark circles, puffy eyes, or wrinkles. Upper-eyelid reductions can make the patient look younger, while a lower-eyelid reduction can reduce wrinkles. The operations are done under general anesthetic and take one to two hours. 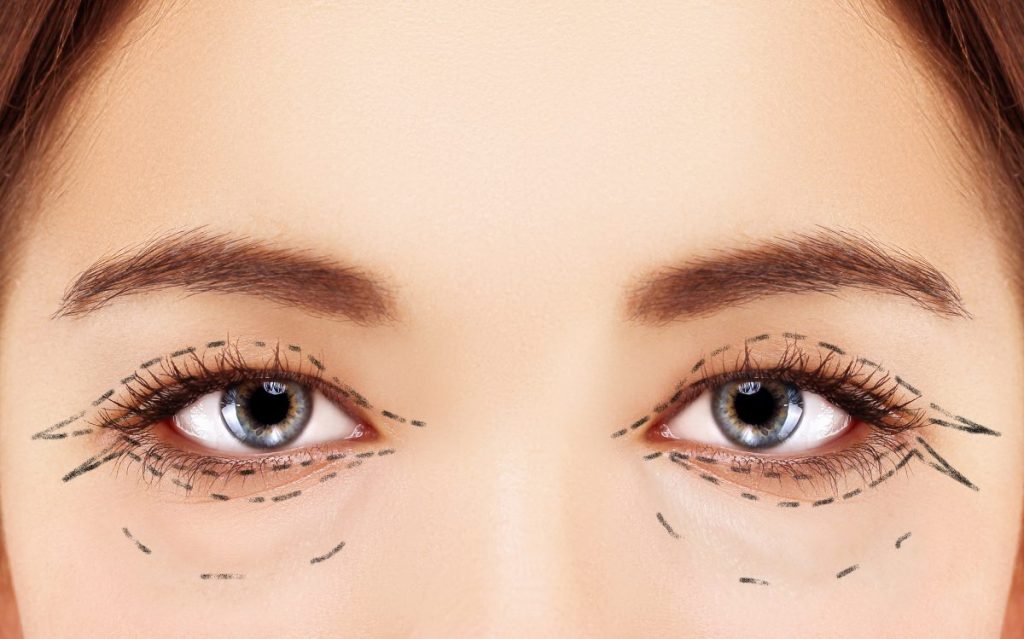 Facelifts are another type of cosmetic surgery that can offer people a more youthful appearance. For a facelift, the surgeon will lift and then pull back the skin on the face. Generally, the surgeon will complete both a facelift and a neck lift (platysmaplasty) in the same procedure. A successful facelift can reduce sagging and deepening of natural folds on the face such as smile lines. Despite this, the effects of a facelift are not permanent and will last up to 10 years. 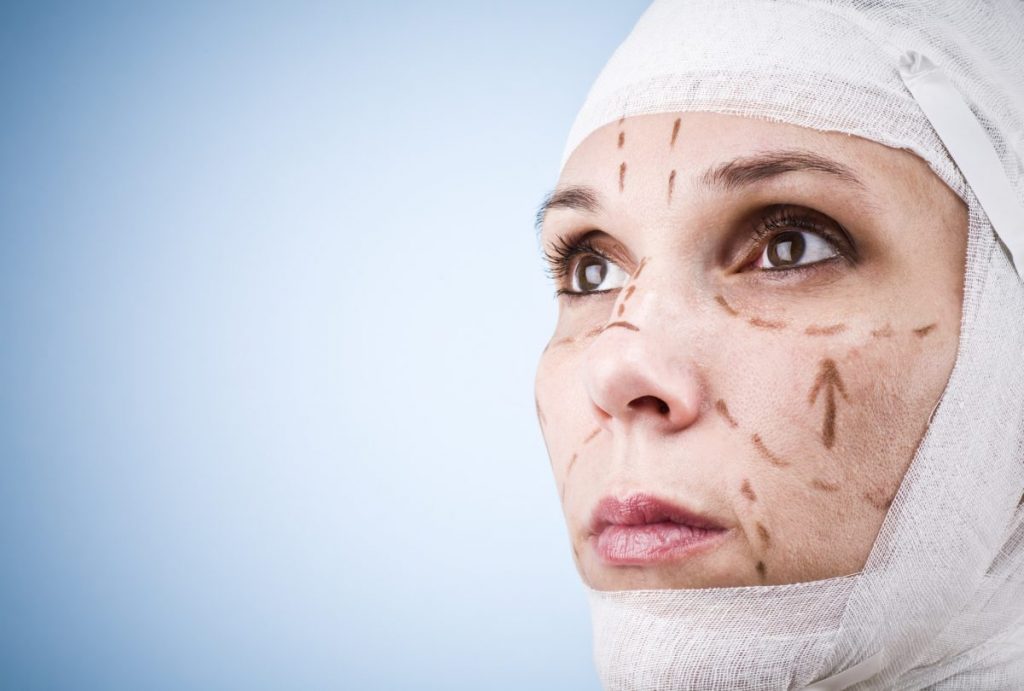 Chemical peels improve the skin's appearance in several different ways. One of the most commonly reported reasons for seeking a chemical peel is wrinkles. However, they can also treat sun damage, uneven skin tone, certain types of acne, and reduce age spots and freckles. A dermatologist administers a chemical peel by applying a specially designed chemical agent to the skin. The application usually contains either an alpha or beta hydroxy acids such as glycolic acid and salicylic acid respectively. Generally, a chemical peel is a safe procedure when done by a properly certified dermatologist. 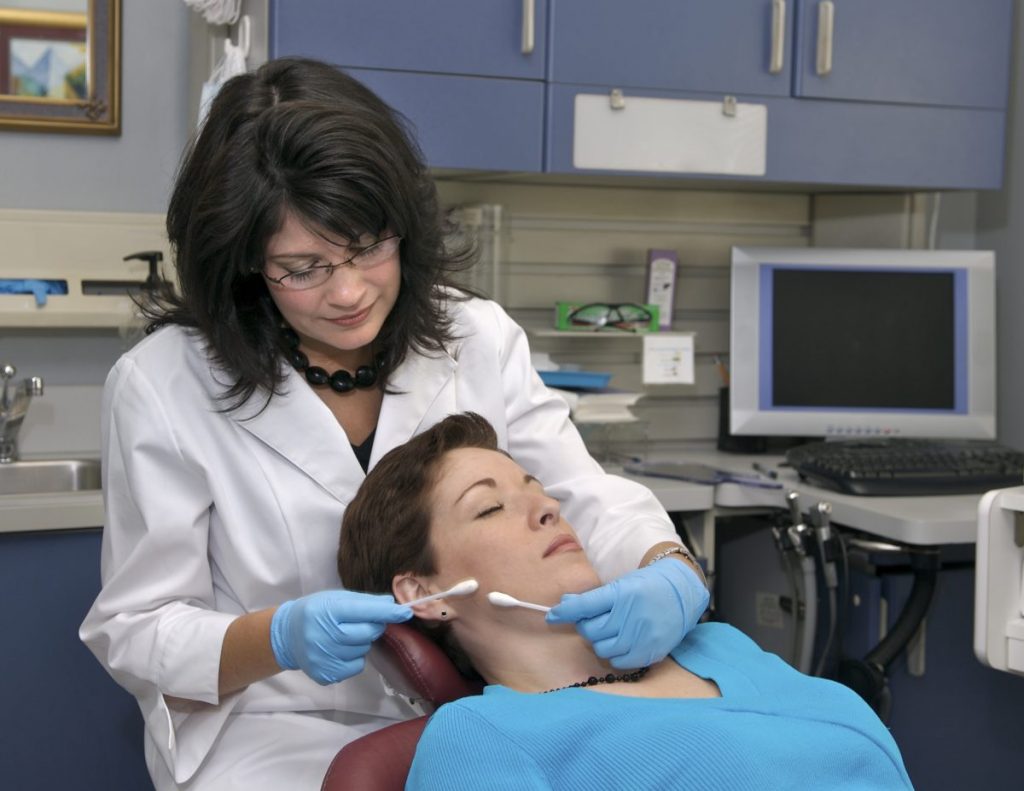 Although no less common than breast augmentation, breast uplifts are less well known. Many life factors lead to women's' breasts beginning to sag over time, including pregnancy, breastfeeding, weight loss or gain, and general aging. In a successful breast uplift procedure, the surgeon will reshape and remodel the breast tissue, without any significant changes to size. 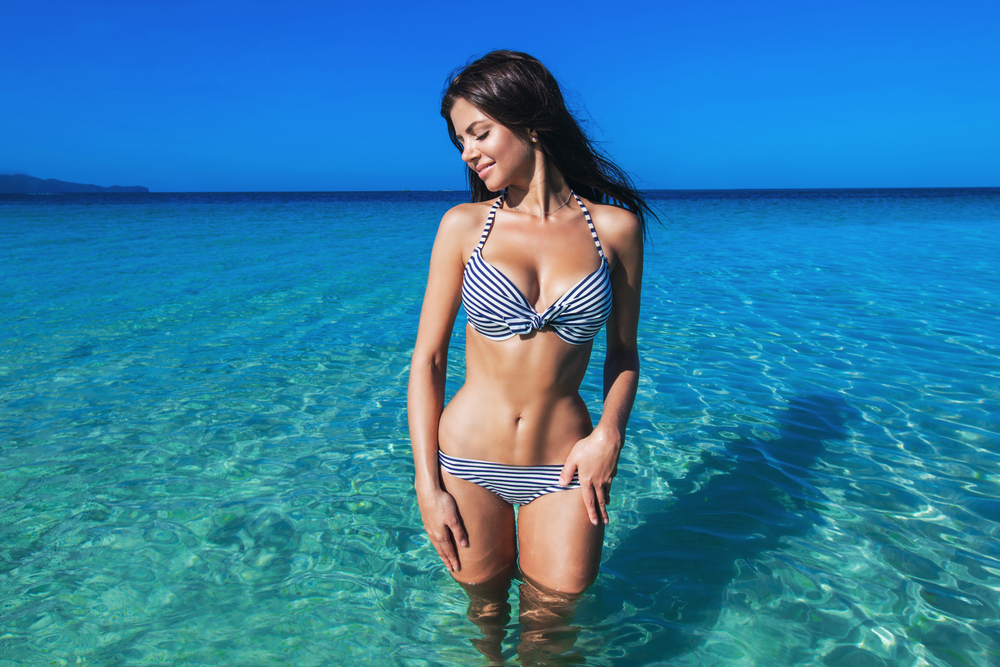 As we age, our cheeks lose their plumpness. Cheek augmentation has both surgical and non-surgical varieties. If the surgeon opts to use a fat transfer technique, she will make two incisions near the cheeks. Cheek implants may be inserted through an incision inside the mouth or one below the eyelid. The procedure aims to revitalize the parts of the face that lose definition with age. 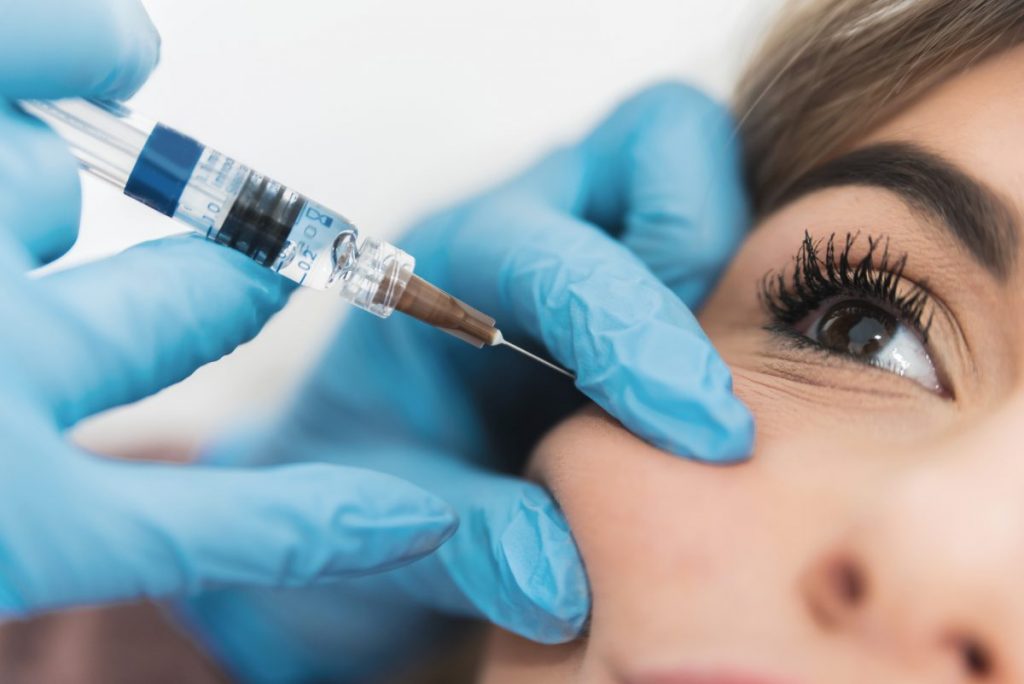 The forehead lift procedure offers similar benefits to eyelid shaping, eliminating forehead creases or wrinkles by raising the skin with an endoscopic technique. The surgeon will make two incisions on either side of the brow line, by the temple. Through these incisions, he repositions the brow tissue. Injections have become a popular alternative to this procedure, though this alternative requires regular administration every six months or so. 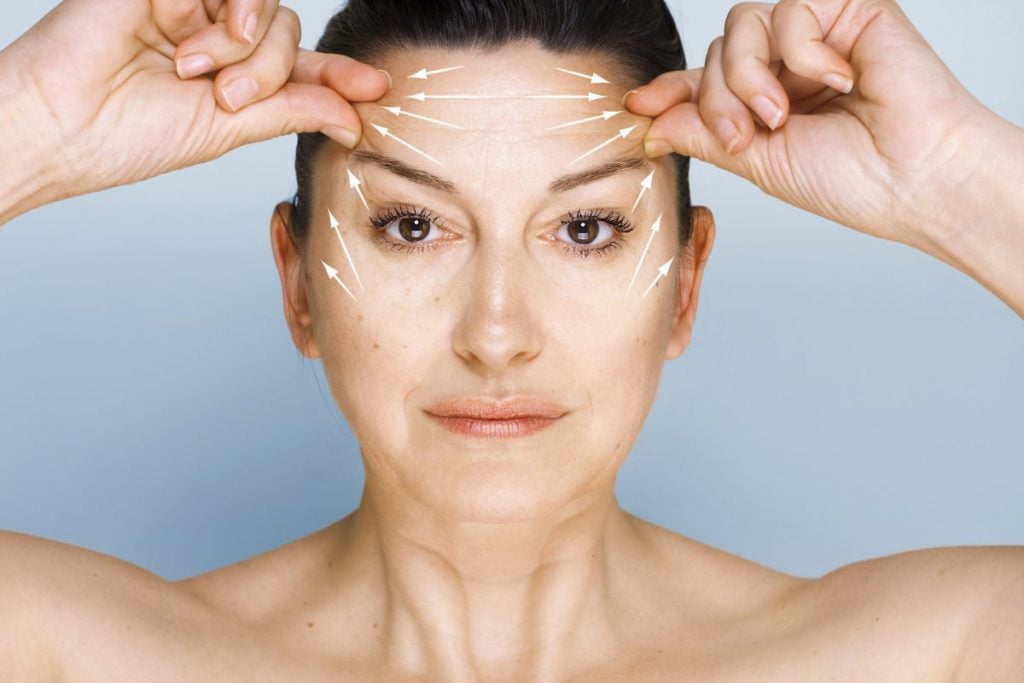