Symptoms and Treatments of Rheumatic Fever

Rheumatic Fever is very uncommon in developed countries, but there are many cases in Africa, Asia. An untreated bacterial throat infection triggers the illness. The symptoms appear as the body's immune system struggles to fight off the infection. The body produces antibodies to fight the bacteria, but these may attack vital tissues in the heart and joints. No cure is available but there some steps to take that relieve symptoms and lower the risk of serious health damage. Even after successful treatment, the illness often returns and further care becomes necessary. It is possible to treat patients at home in many cases.

Arthritis appears after a streptococcal infection

Rheumatic fever appears four or five weeks after an untreated or poorly treated streptococcal throat infection. Most patients start to feel arthritic joint pains. The pain affects principal joints such as elbows and knees. Often the patient feels these pains in several joints on both their left and right sides. Usually, these symptoms continue for a month and more. Afterwards, the pain subsides without leaving any lasting damage. Without making the connection with the preceding throat infection, this could easily be mistaken for a regular outbreak of arthritis. 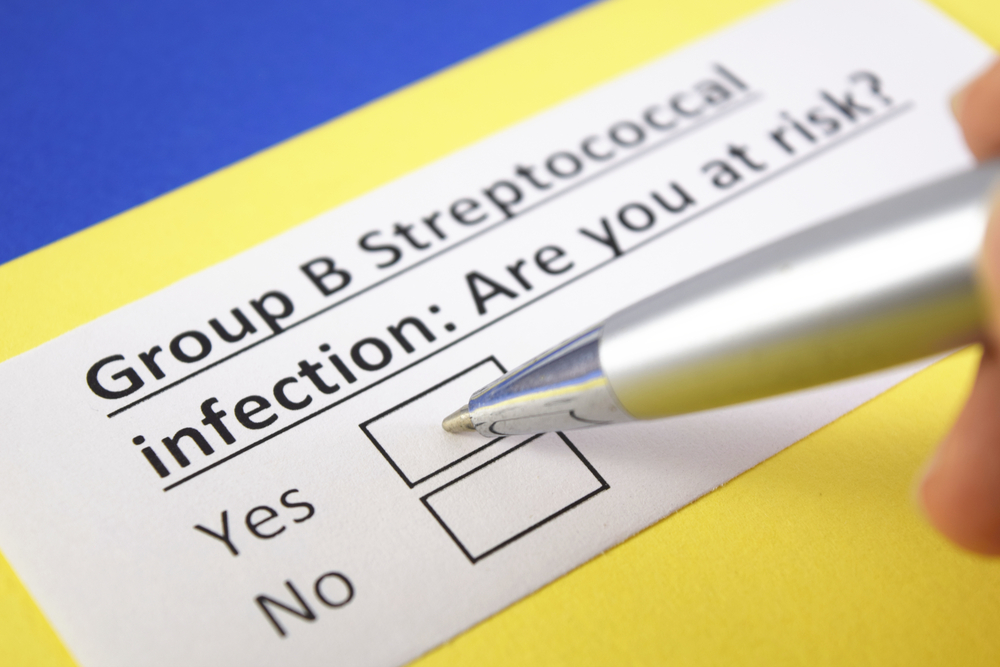 Individuals who are most likely to contract this fever

The most significant group at risk are inhabitants of undeveloped countries with inadequate medical facilities. In stark contrast, figures from the prosperous show just 100,000 people get this disease. Children in the five to fifteen age ranges are those most likely to contract the fever. People over the age of 35 rarely contract it. In the western world available treatments also ensure that the risk to life is very low. 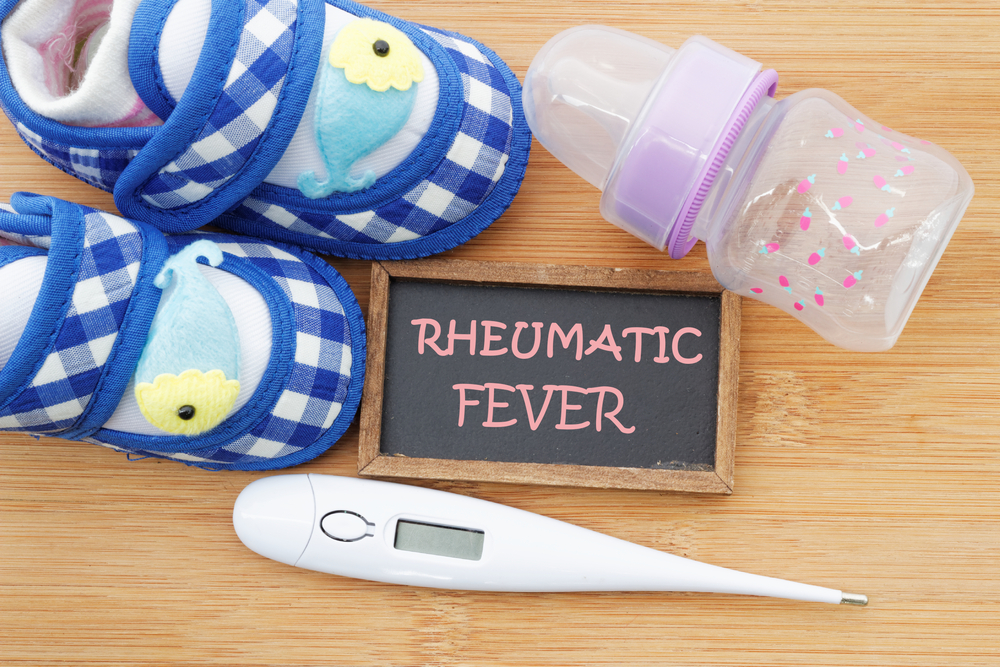 The possibility of serious heart damage poses a more serious risk that the arthritis symptoms. The medical name for this condition is carditis. Medical statistics show that rheumatic fever sufferers face an approximately 50:50 chance of getting carditis. Children face a significantly larger risk. Warning symptoms include a much faster than normal heartbeat, pains in the chest, struggling for breath and a continual cough. Patients often wake up in the night finding it hard to breathe and coughing. They also tend to feel very fatigued. This situation could continue over several months, but symptoms should ease. 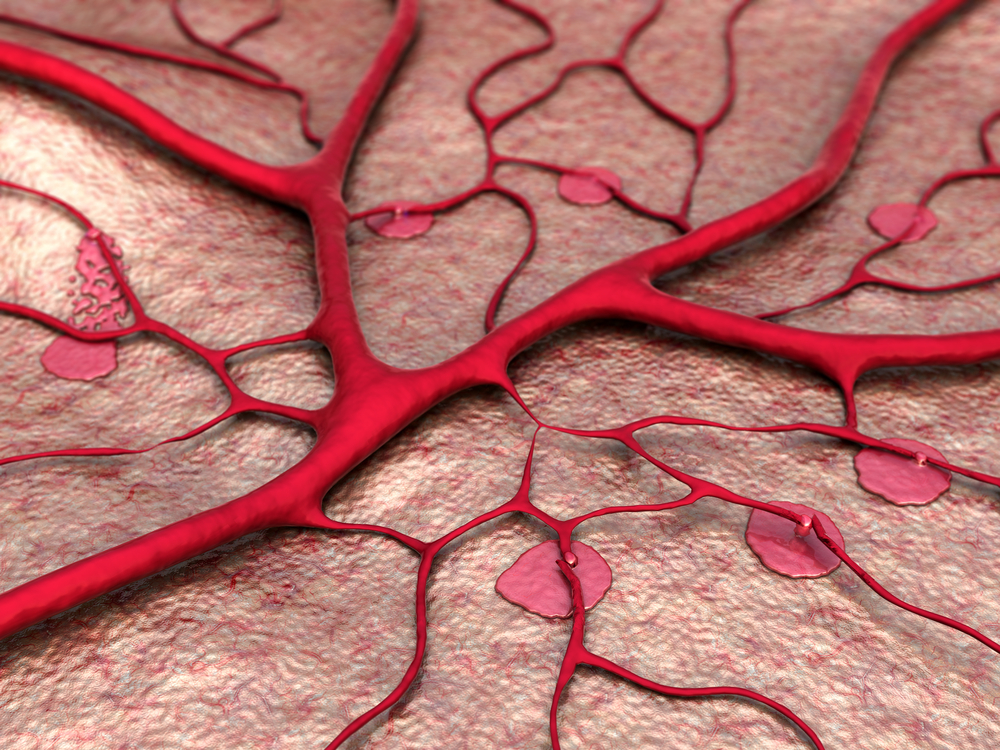 About one-quarter of children who get this fever go on to suffer from nerve inflammation (Sydenham's chorea in medical terminology). Patients lose control of hand and feet movements, and it disturbs their emotional balance. Thus you find that people with this disease may jerk their hands and feet or other parts of the body involuntarily, and express emotions of joy or sadness with no connection to some event in their lives. Also, they find it hard to keep a good balance and performing routine tasks with their hands. Although these symptoms are disturbing, they should pass in a few months without doing any lasting harm to the patient. 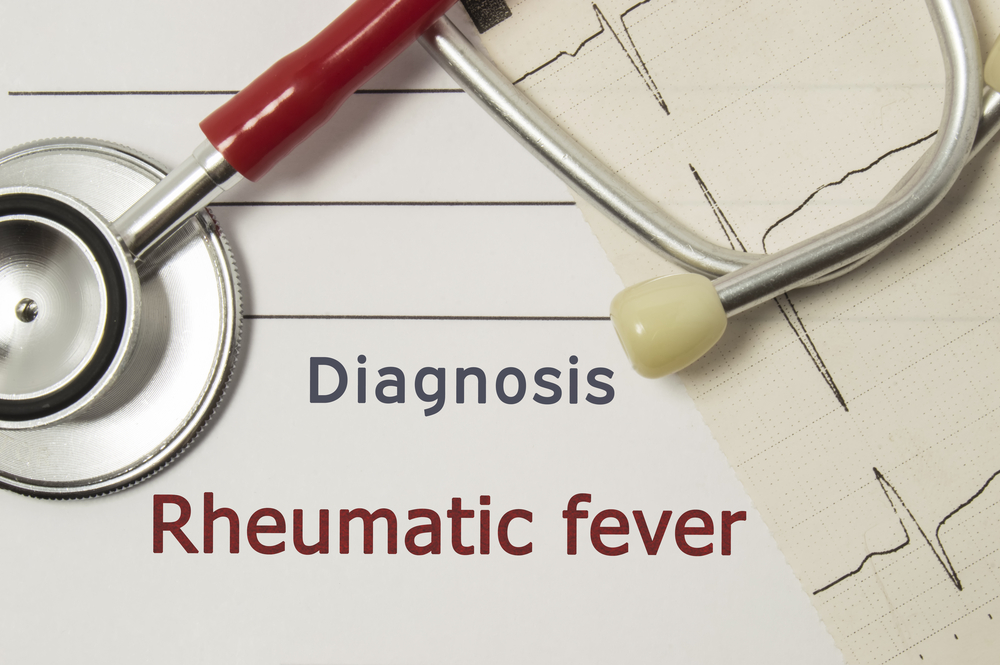 Appearance of a skin rash

Medical statistics reveal that about ten percent of children with rheumatic fever develop a skin rash, but this would be very unusual in the case of an adult. Sometimes the rash might not even be visible, except in the case of a child with very light skin. This counts as one of the "lighter" symptoms of the illness because the rash rarely itches or causes pain. It can continue for several months, and then it disappears. 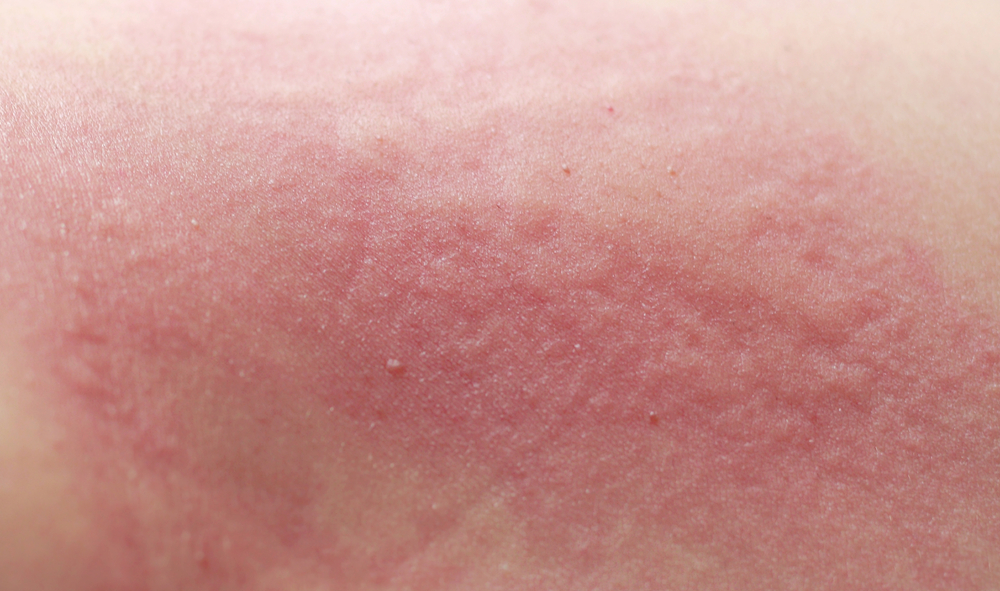 Symptoms that could appear in extreme cases

In rare cases, rheumatic fever patients might find they have small lumps beneath their skin in the area of the wrist. It is also possible, although unusual, for them to develop a fever that goes beyond 102oF. Additional non-standard but recorded symptoms include stomach pains and nosebleeds. All suspected rheumatic fever cases ought to come before a doctor but if any of these symptoms appear it becomes that much more urgent. 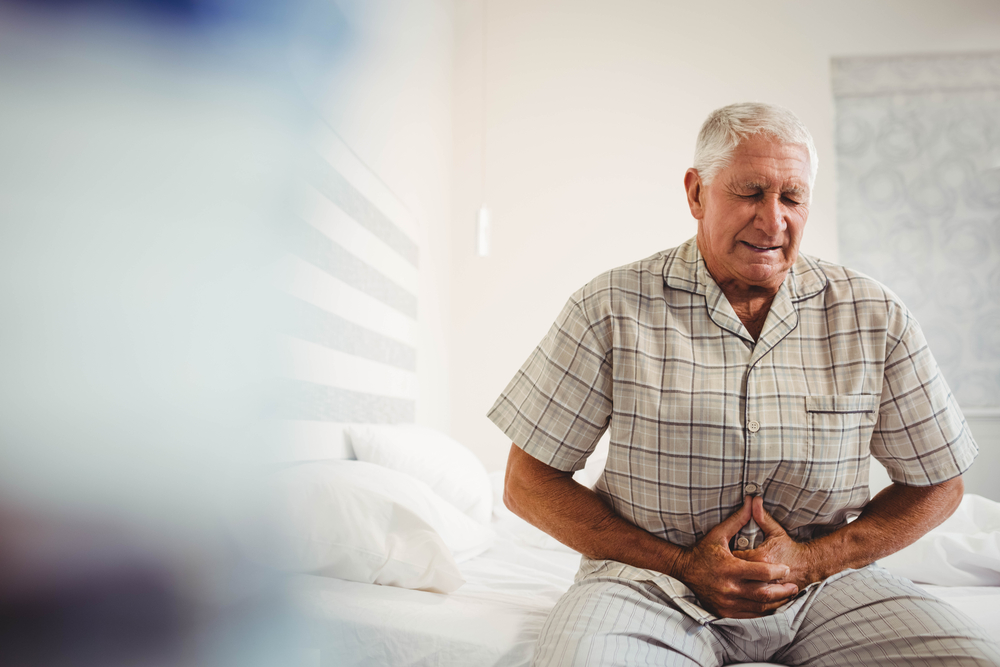 A course of anti-inflammatory drugs

Given the nature of this illness, it is easy to understand why anti-inflammatory drugs are one of the most common treatment options. They are effective against arthritic pains and can treat heart inflammation problems. Usually, doctors prescribe non-steroidal medications in these cases. Aspirin is the best known of all the drugs used to treat rheumatic fever symptoms. Even though doctors prefer not to prescribe this to children, in these incidences, they permit them to take it since the required dosage is low, and the risks from the fever outweigh their other concerns. 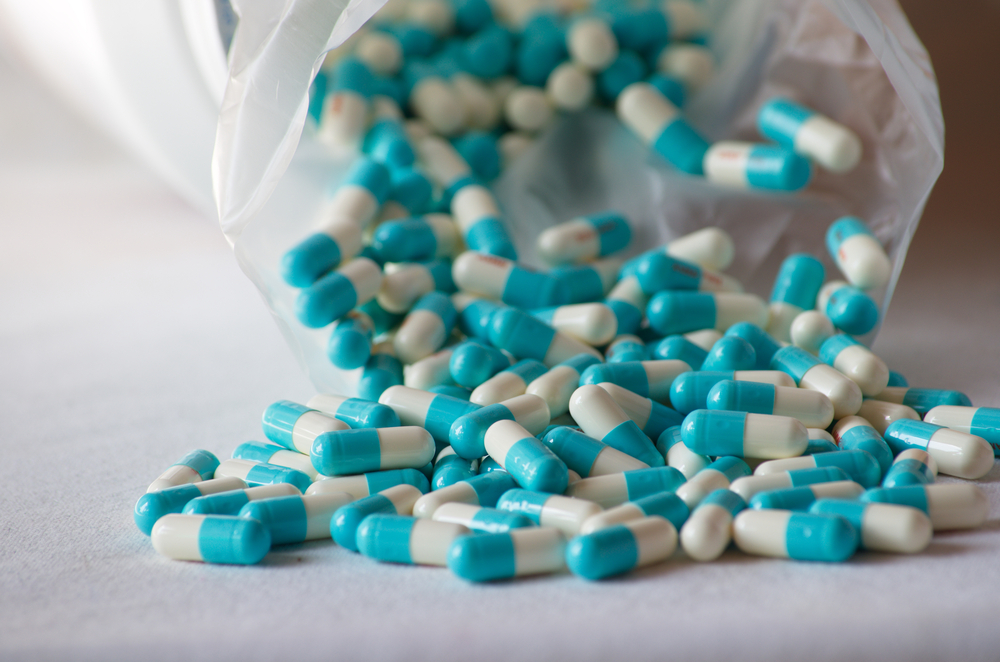 Penicillin and other kinds of antibiotics are another obvious medication choice since a bacterial infection is a rheumatic fever trigger. A course of antibiotics should remove any bacteria left in the body from the original infection, and help prevent new bacteria taking hold and renewing the fever. Because of the dangers, a return of fever poses to heart health, doctors often prescribe regular injections of antibiotics. This treatment plan stretches over a number of years. Some doctors believe a child who got rheumatic fever needs such injections every few weeks for the rest of their life. 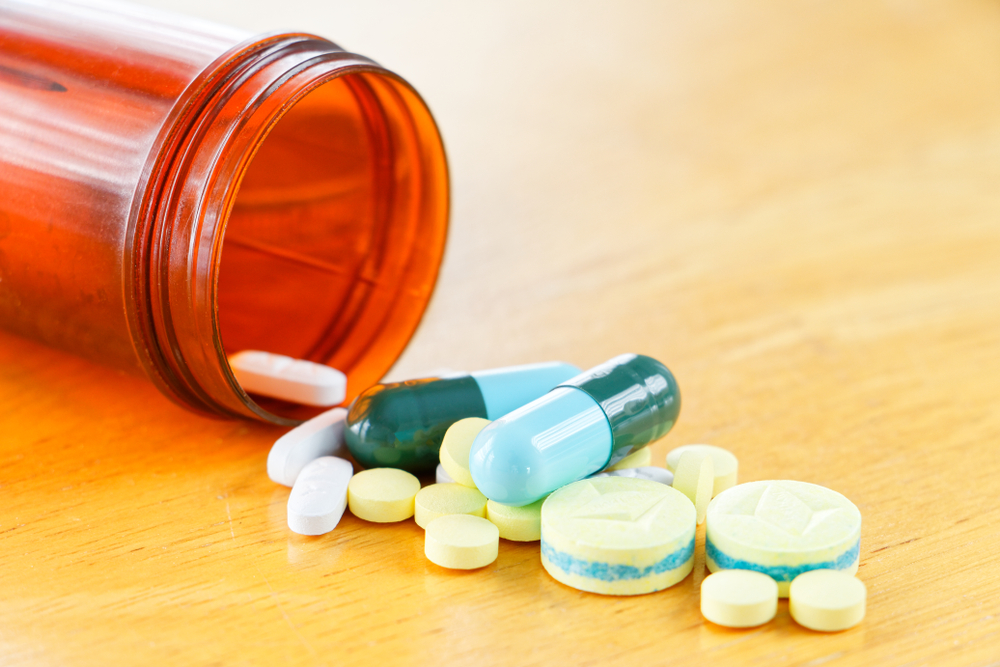 Bed rest is important for recovery

Concerns over possible heart damage mean that anyone suffering from this disease ought to stay confined to bed until the symptoms ease. Even when the symptoms ease, and it becomes possible to resume a normal life, nobody can assume the risks are at an end. Doctors sometimes only detect heart problems at a later stage. Children who had rheumatic fever need to undergo heart exams at regular intervals throughout their adult years. 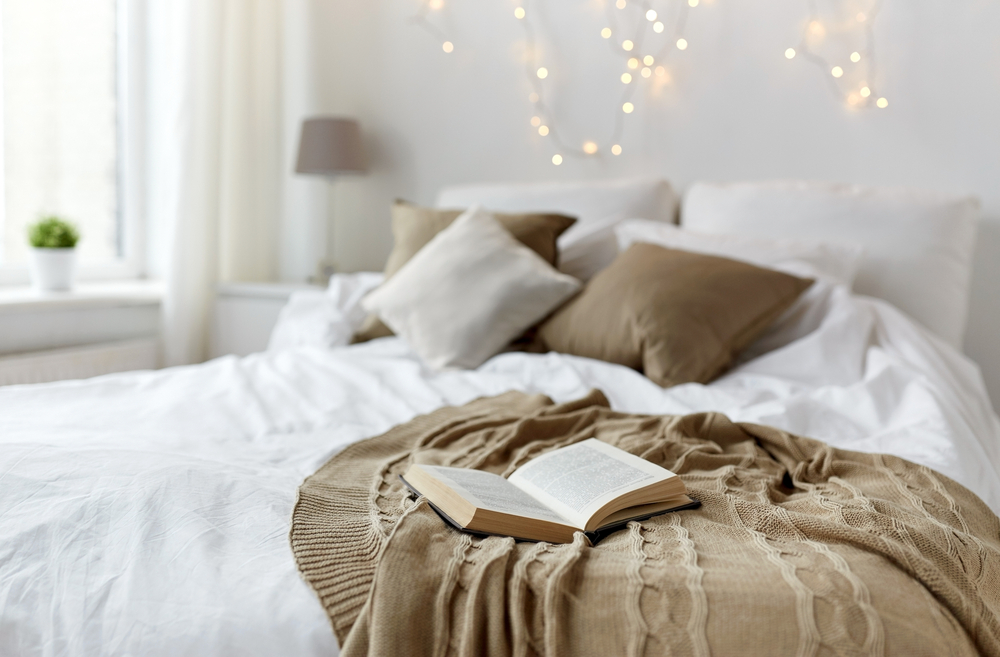 A key factor that determines the chances of recovery

The future prospects of rheumatic fever sufferers are largely dependent on what damage the disease causes to the heart. If they were fortunate enough to escape lasting damage, antibiotics protect them against reoccurrences of the fever. If damage occurs, a full recovery is improbable. Shortness of breath, tiredness and other rheumatic heart disease symptoms will not go away. 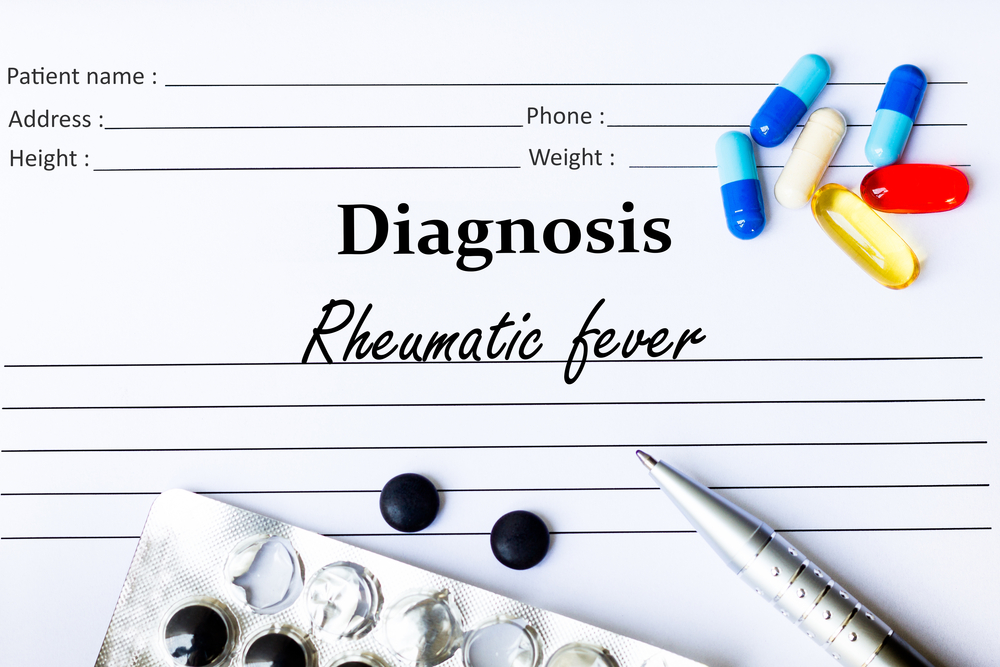