Physical and Mental Effects of Sitting All Day

As technology advances, an increasing number of people are leading sedentary lifestyles. For many, this means extended periods of sitting. We sit at our jobs, we sit at home, and we sit while we travel. This can have physical and mental effects with shocking severity. Though researchers don’t fully understand the causality, they can find many correlations between decreasing wellness and increased sitting.

The human body naturally burns calories every day through normal activities such as standing, walking, and even general fidgeting. Burning calories in this manner is non-exercise activity thermogenesis. Sitting requires little movement and therefore burns fewer calories. Studies show that agriculture workers will burn up to 1000 more calories per day than individuals who work seated. Because people who sit excessively are not burning as many calories, they are more at risk for weight-related issues. 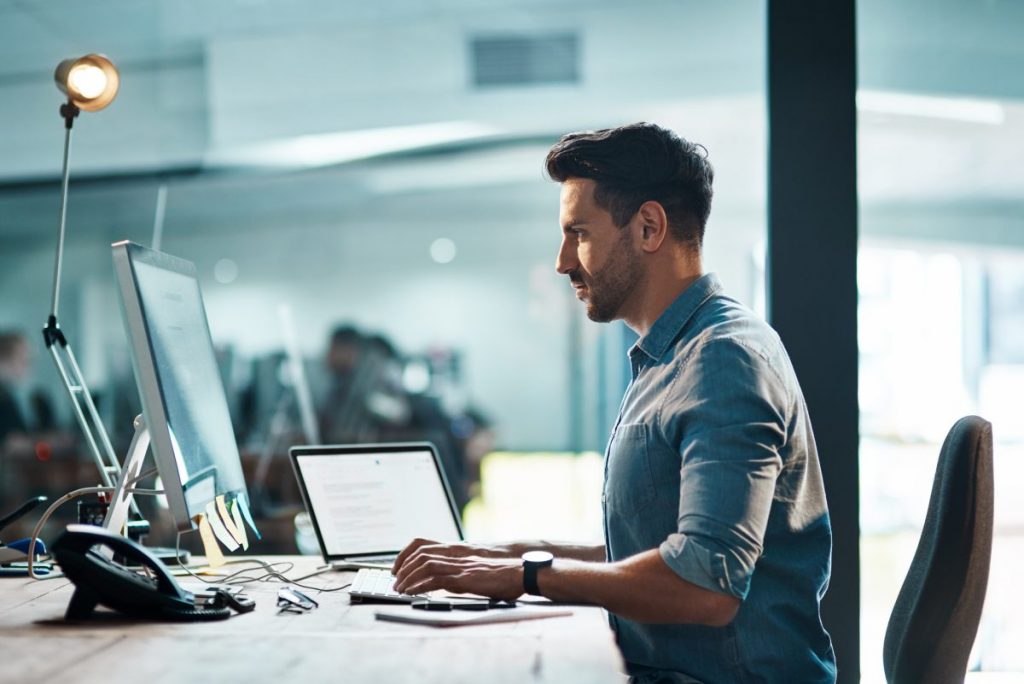 Individuals who sit for the majority of their day are more likely to gain weight, simply by burning too few calories. Weight gain and inactivity often result in conditions such as high blood pressure. They may also increase the chances of cardiovascular disease. Some studies suggest that frequent, extended periods of sitting can cause heart issues even if the individual exercises often. The best way to counteract sitting is to take short walks every 20 to 30 minutes. 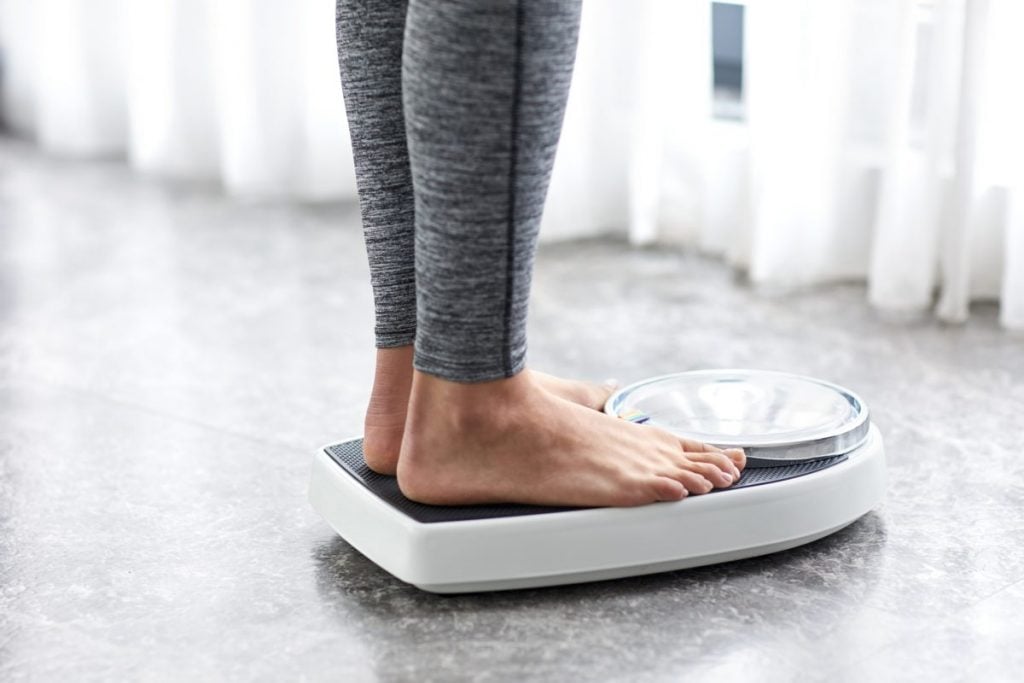 As bizarre as it sounds, observational data of over one million people found that sedentary individuals are more likely to die early. The study by the American Cancer Society that tracked 100 thousand women over many years found that women who sit for more than six hours a day have a 37 percent higher chance of dying than women who sit for fewer than three hours every day. Men who sat for longer than six hours a day had an 18 percent higher chance of death. Additionally, individuals who exercise often are less likely to die early, even if they don’t counteract the other effects of sitting. 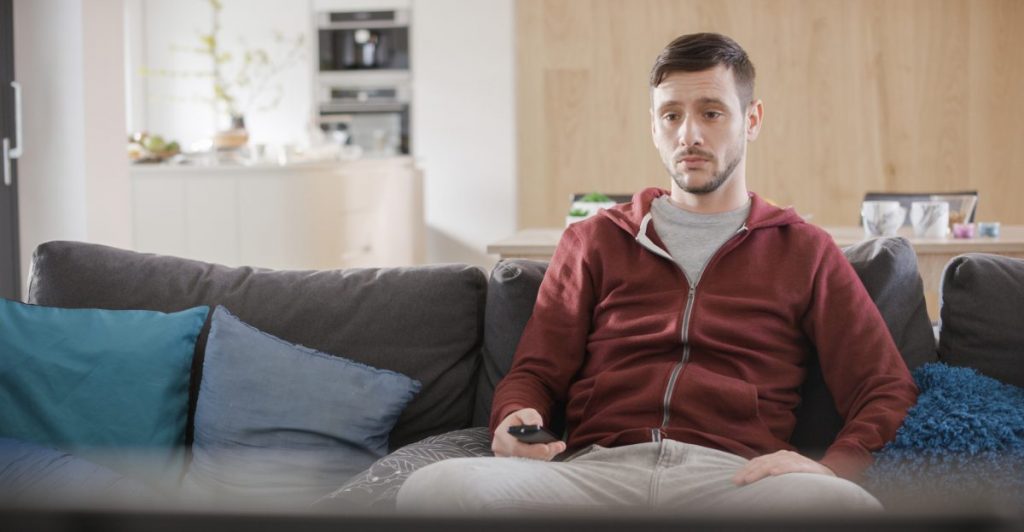 Researchers studying sedentary behavior and excessive sitting have taken particular interest in insulin resistance. Insulin is an important hormone that helps control many processes in the body, though its most notable role is regulating blood sugar. Some studies find that sitting for long periods can cause the body to develop insulin resistance. This may eventually lead to type 2 diabetes or metabolic syndrome. People who develop metabolic syndrome are even more likely to develop type 2 diabetes.

A thrombus is a blood clot. Deep vein thrombosis occurs when a thrombus impedes blood flow in the deep veins of the legs. This is potentially serious for several reasons. Without proper blood flow, the legs may not receive the oxygen they need to continue functioning, and the tissue may begin to die. Alternatively, the clot may leave the leg and travel to the pulmonary artery. A clot blocking the pulmonary artery can result in death. Excessive sitting is a major contributor to the risk of deep vein thrombosis. 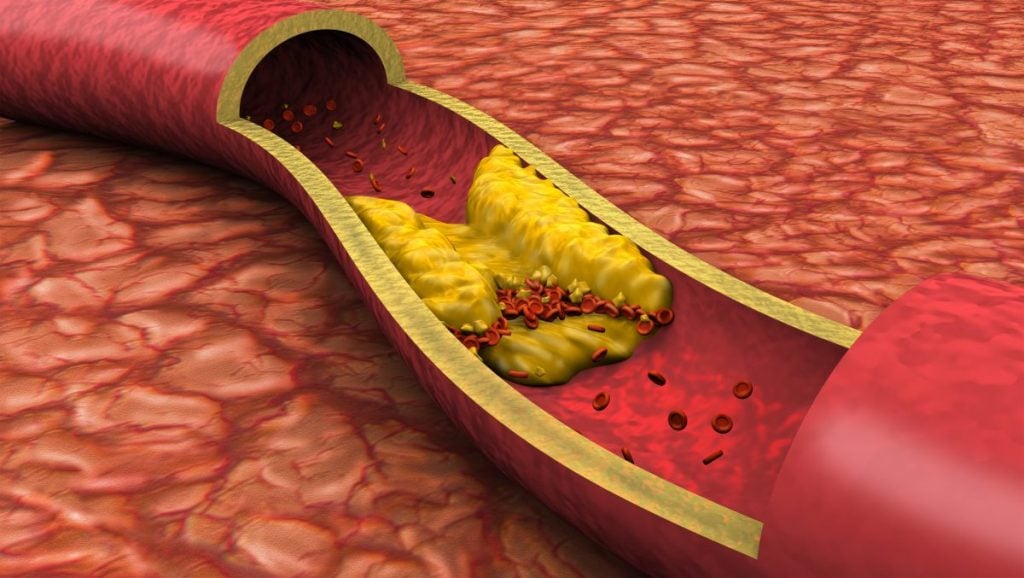 Beyond diseases and illnesses, sitting can also directly affect the muscles. Without proper exercise, it’s common for the leg and gluteal muscles to weaken. These muscles are integral to moving and staying stable while standing. Additionally, sitting with poor posture may weaken the hip and back muscles. Sitting shortens the hip flexor muscles, which may weaken the hip joints. General muscle weakness may also cause chronic pain and fatigue. 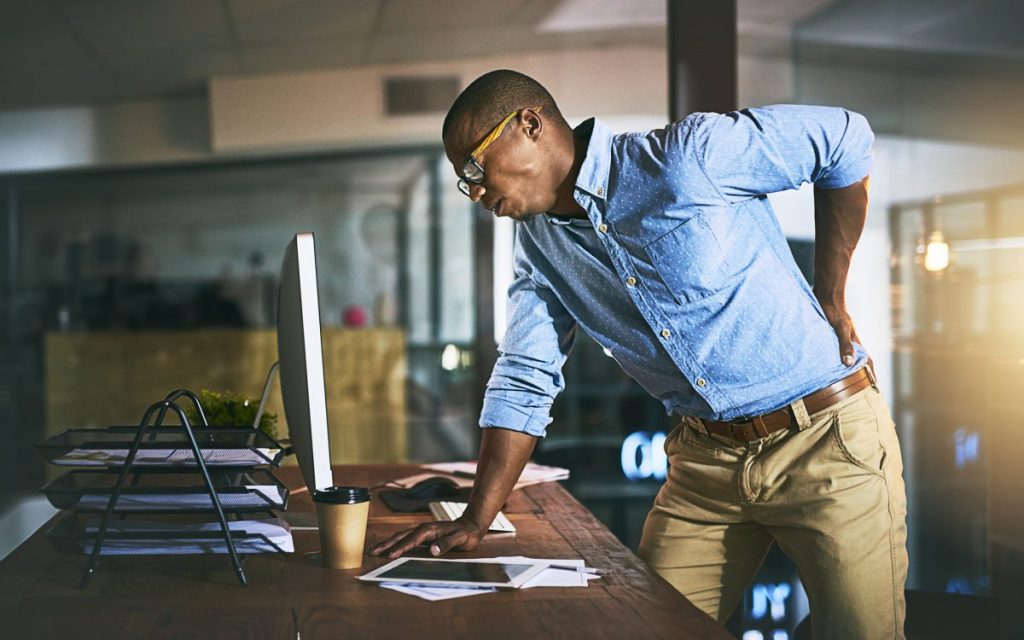 Many people sit in chairs that are not ergonomic, or they sit with poor posture. Over time, poor posture can affect health. Minor effects include neck and shoulder stiffness and mild pain. Sitting while hunched can cause jaw clenching and a tightening of facial muscles, which is commonly followed by headaches. Eventually, poor sitting posture may cause disc compression in the spine, which leads to extremely painful premature degeneration. 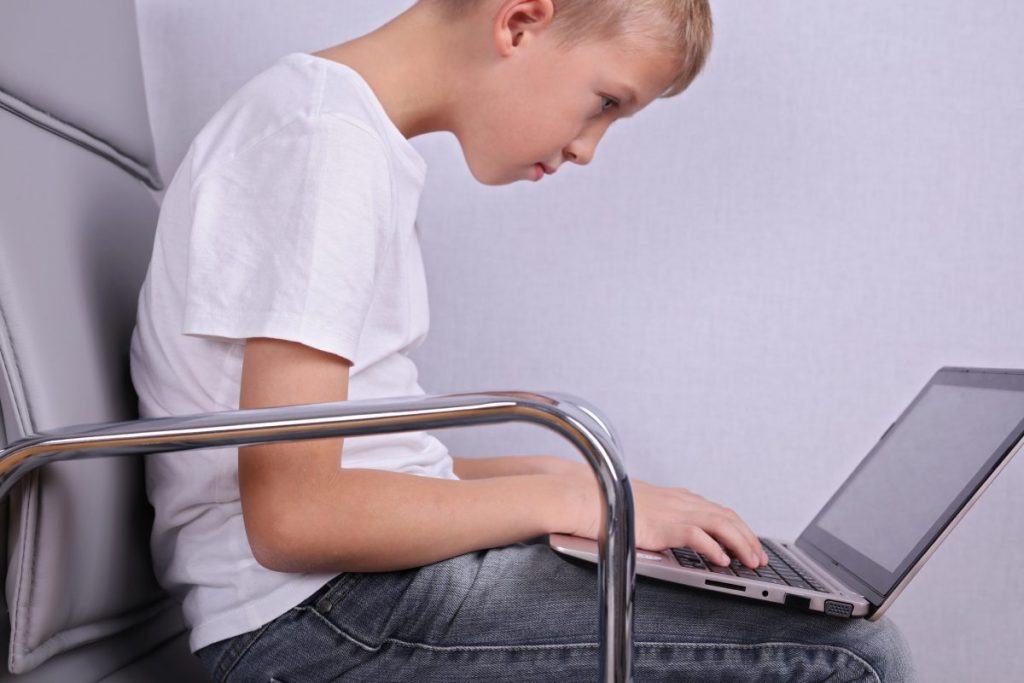 Though the physical effects of sitting for long periods are notable, psychological issues may occur as well. A national wellness project in the United Kingdom attempted to discover how much non-work time people spend sitting. The project found that people of both sexes who used computers for several hours while sitting experienced lower general mental wellness. The same was true of women who spent long hours watching TV. 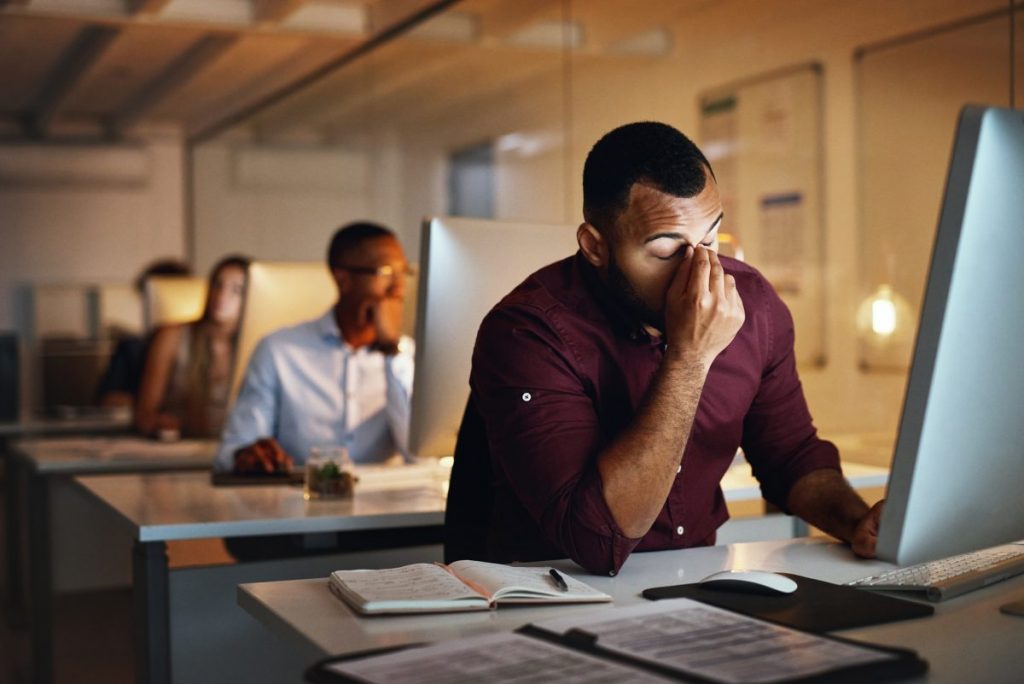 A study of Australian government workers discovered employees who spent longer than six hours a day seated were significantly more likely to show signs of psychological distress in comparison to those who sat for fewer than three hours. During testing, the people who sat for over six hours tended to score in the moderate to high range of psychological distress. Exercise outside of sitting hours did not appear to affect the results of the study in any meaningful way. 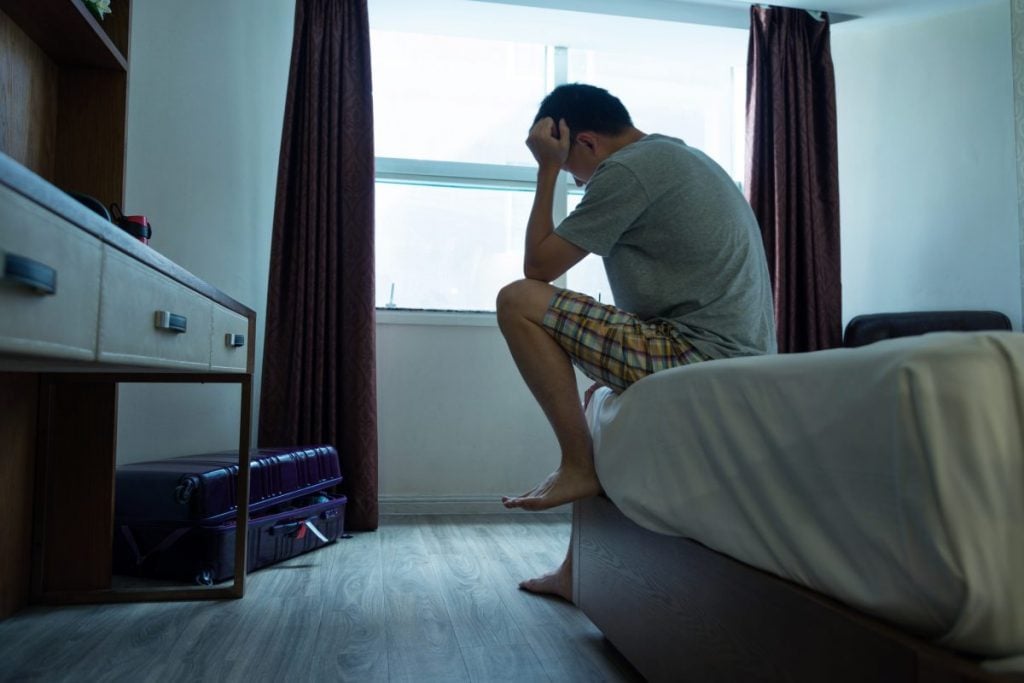 A 2001 study on sitting time and depression symptoms followed women between the ages of 50 and 55. The women completed surveys every three years until 2010. Women who sat for greater than seven hours a day and women who performed no physical activity were significantly more likely to experience symptoms of depression. Models studying the survey suggest that the likelihood of depressive symptoms was triple that of women who sat for fewer than four hours a day. 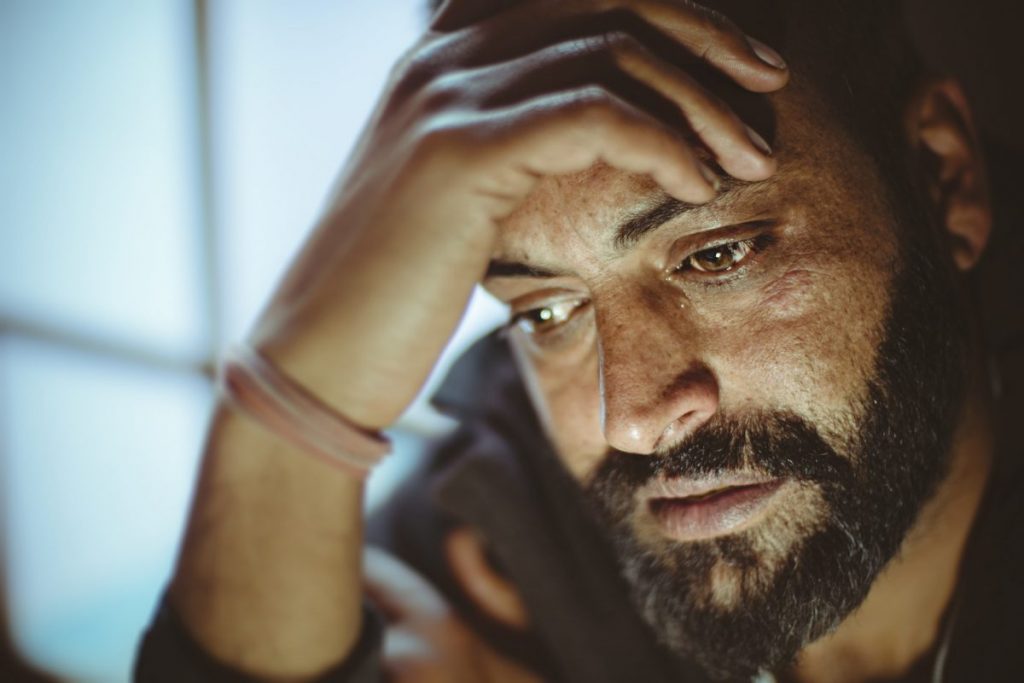