Nail biting or onychophagia is an oral compulsive habit common among individuals of all ages, though it is most prevalent among adolescents and young adults. For most people, nail biting is a minor and relatively harmless condition, though it may become a severe long-term issue for some. In particularly severe cases, people may require professional treatment to alleviate the compulsion. There are often debates in the medical community discussing whether nail biting is a purely psychological condition or if it originates from a physical cause.

There is a significant lack of research on nail biting. Many people consider it an undesirable habit, but it is not clear where the line lies between general distaste and danger. People with pathological nail biting tend to bite their nails more frequently, with greater intensity, and for longer durations than an average person who chooses to bite their nails. Because there isn’t a clear distinction between pathological and non-pathological nail biting, medical professionals realize that they may not fully understand the compulsion that drives patients to bite their nails. Some professionals believe nail biting is an impulse control disorder, while others believe it is a stereotypic movement disorder, an obsessive-compulsive disorder, or self-injurious behavior. 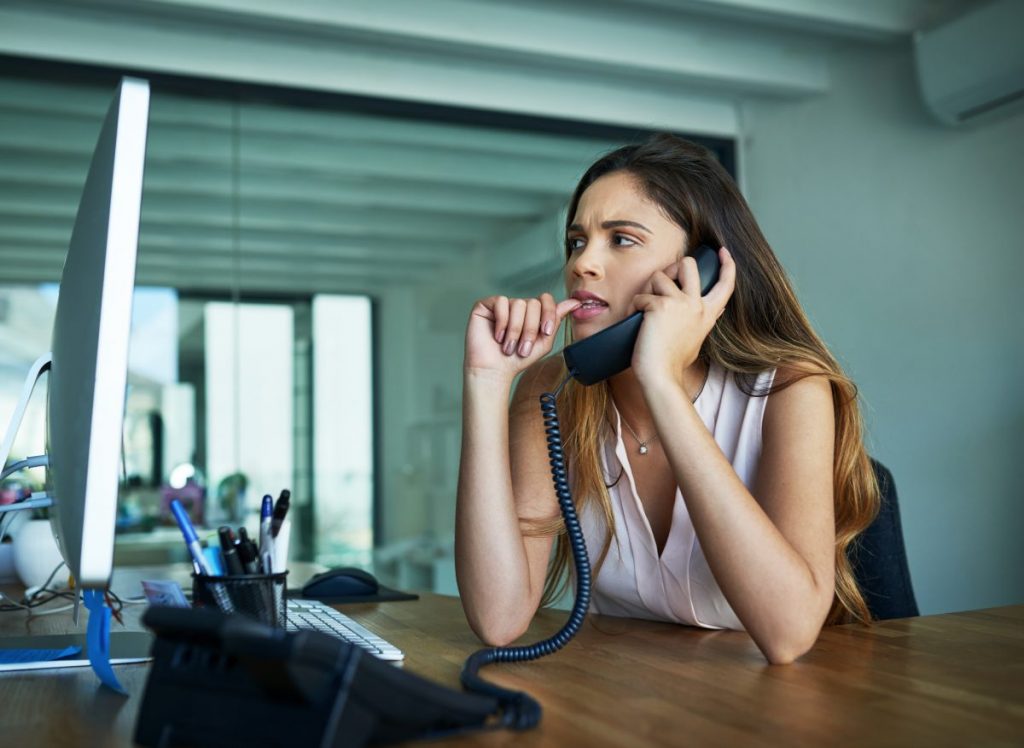 Most people do not begin to bite their nails until they are three or four years old. Though there are some contradictory reports on the topic, the consensus is that while numerous children and adolescents bite their nails, the condition wanes in adulthood. Some studies suggest the prevalence of nail-biting in children between the ages of seven and ten is around 20 to 33 percent. In adolescents, the prevalence percentage increase to around 45 percent. 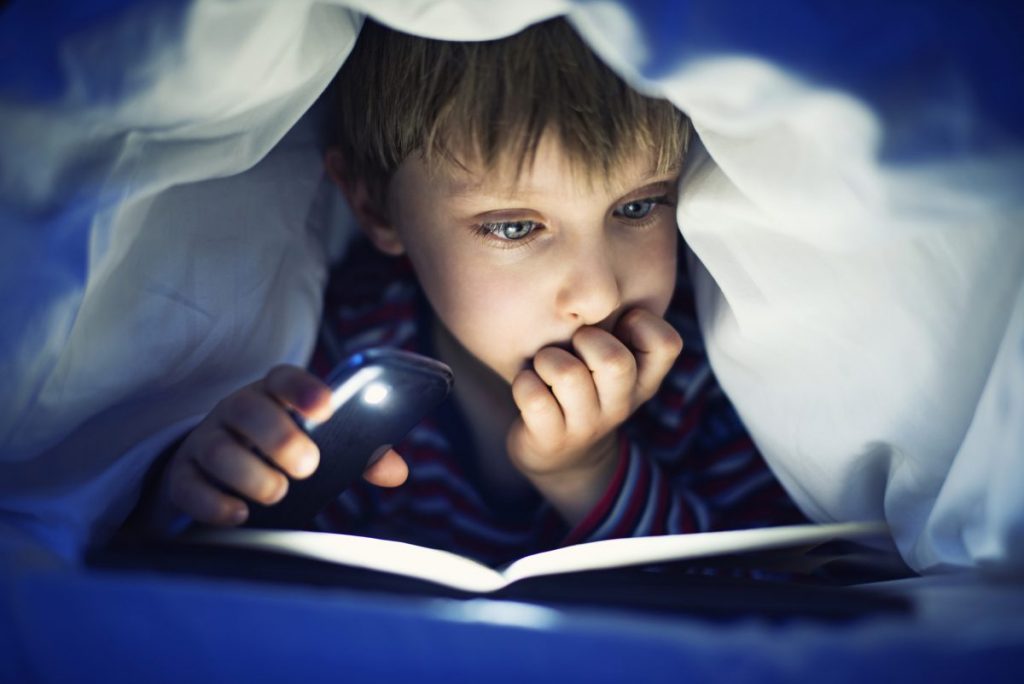 Persistent nail biting may be largely the result of an underlying condition or disorder. In children, the most common underlying psychiatric disorder is attention deficit hyperactivity disorder or ADHD. Other commonly diagnosed conditions include oppositional defiant disorder and separation anxiety disorder. Nail biting is one of the most common symptoms of psychiatric problems in children with Tourette syndrome. It is also possible, though rare, that nail biting is the sign of an obsessive-compulsive disorder or a major depressive disorder. 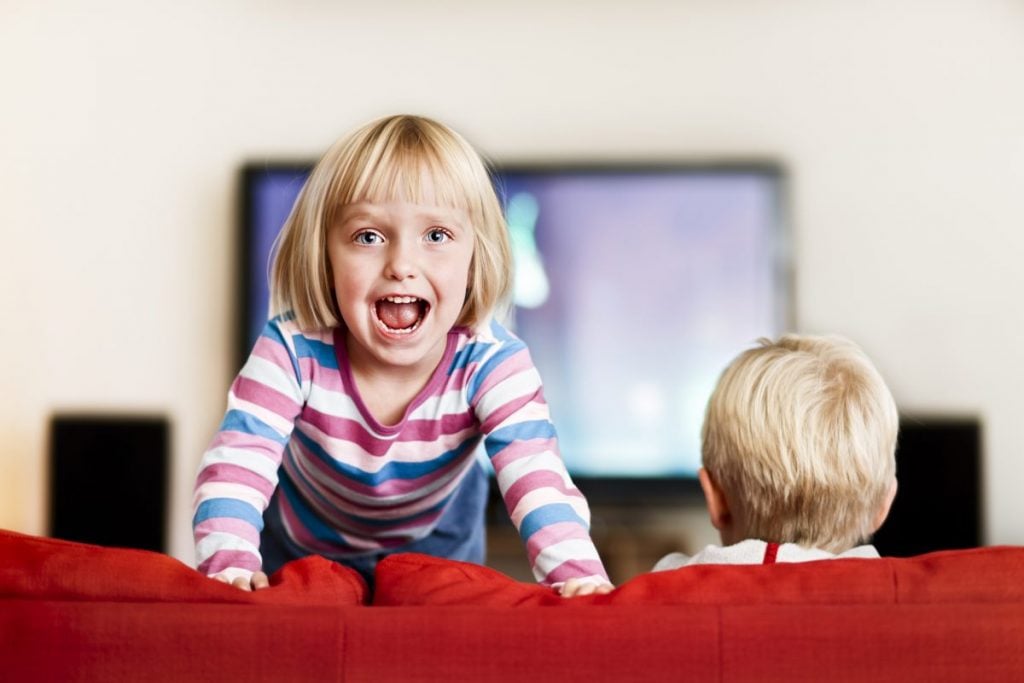 Some studies attempt to link parental psychiatric disorders to nail-biting in children. One study found that around 57 percent of mothers and 46 percent of fathers with nail-biting children possessed some type of psychiatric disorder. The most common was major depressive disorder. Another study found that nail biting was more typical in children if their mothers had schizophrenia compared to bipolar disorder, but children of mothers with either condition were more likely to bite their nails than children from the control group. 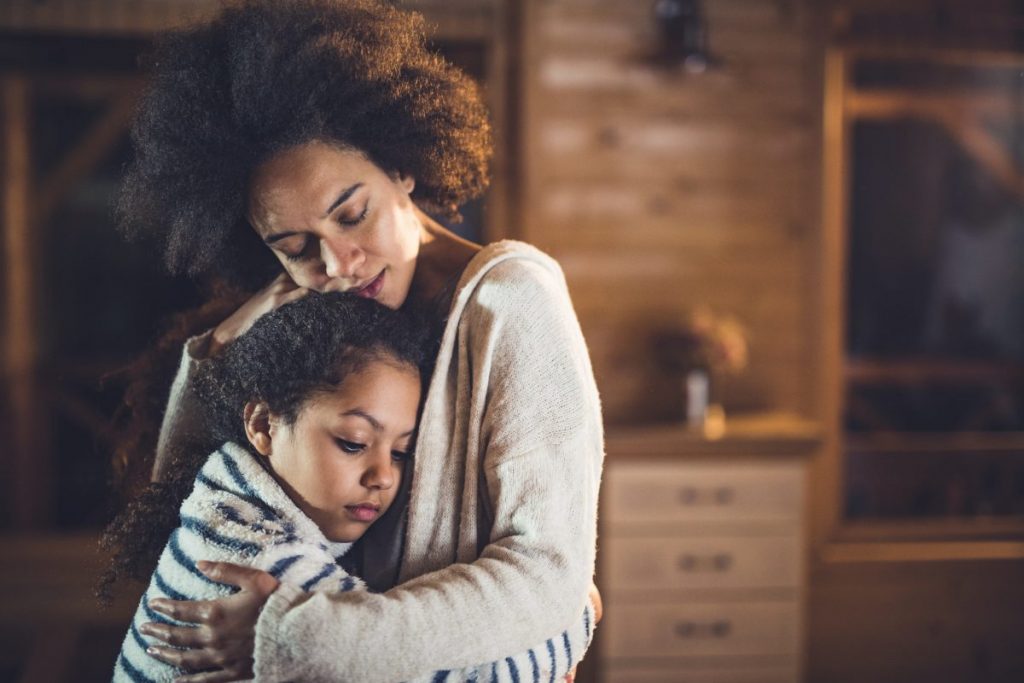 Though nail biting is not often a dangerous activity, it can progress and affect the mouth. Enterobacteriaceae are a family of bacteria that often exists within the human gut, soil, and water. People who bite their nails often have higher levels of these bacteria in their mouths. Additionally, nail biting may damage the gums and teeth. Apical root resorption occurs when the gums begin to reabsorb the teeth. People with nail-biting habits are more likely to experience this condition than the average person. Sometimes, nail biting affects the temporomandibular joints of the jaw. 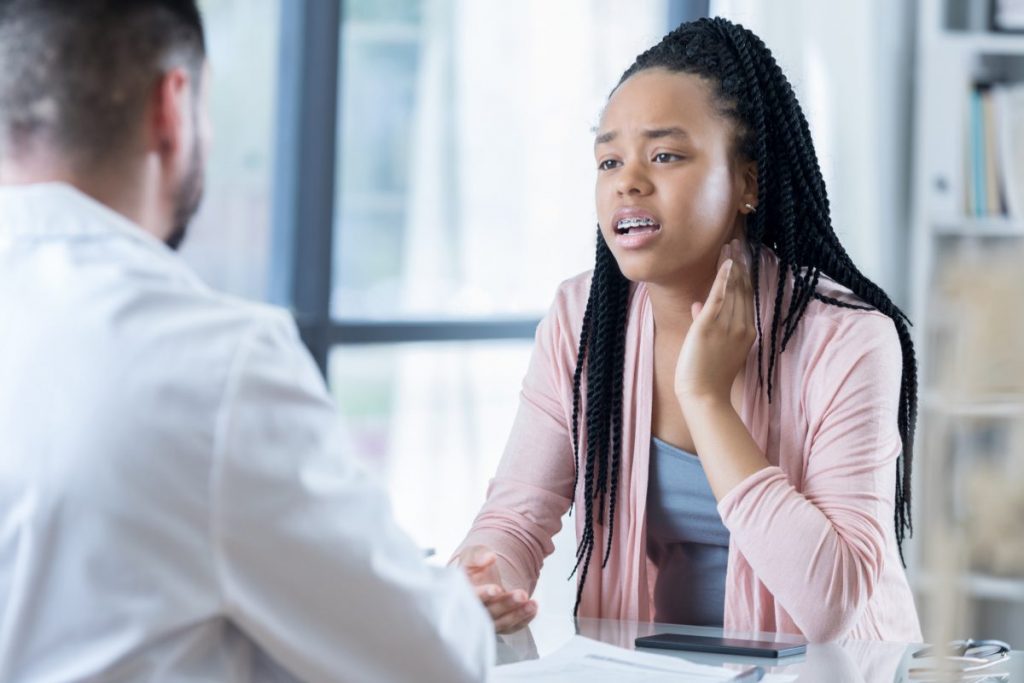 Beyond damaging the mouth and gums, nail biting may damage the fingers and nails, as well. Notably, nail biting can damage the tissue surrounding the nails, leading to infections. Some people who bite their nails damage the most prominent area, the nail bed. The nail bed can vanish as part of an uncommon condition called disappearing nail bed. The condition usually presents as a much shortened or narrowed nail bed, which gives the appearance of shorter nails. In some instances, nail biting may actually increase the growth rate of the nails.

Nail biting is an interesting habit because medical professionals lack a proper understanding of the causes. Because of this, proper treatment requires consideration of possible related conditions and consequences. The vast majority of clinical findings confirm that managing and treating nail biting habits requires more effort than simply ending the nail biting itself. Additionally, because the habit can damage the mouth, gums, teeth, fingers, and nails, the condition may require cooperation between professionals in psychology, medicine, and dentistry. 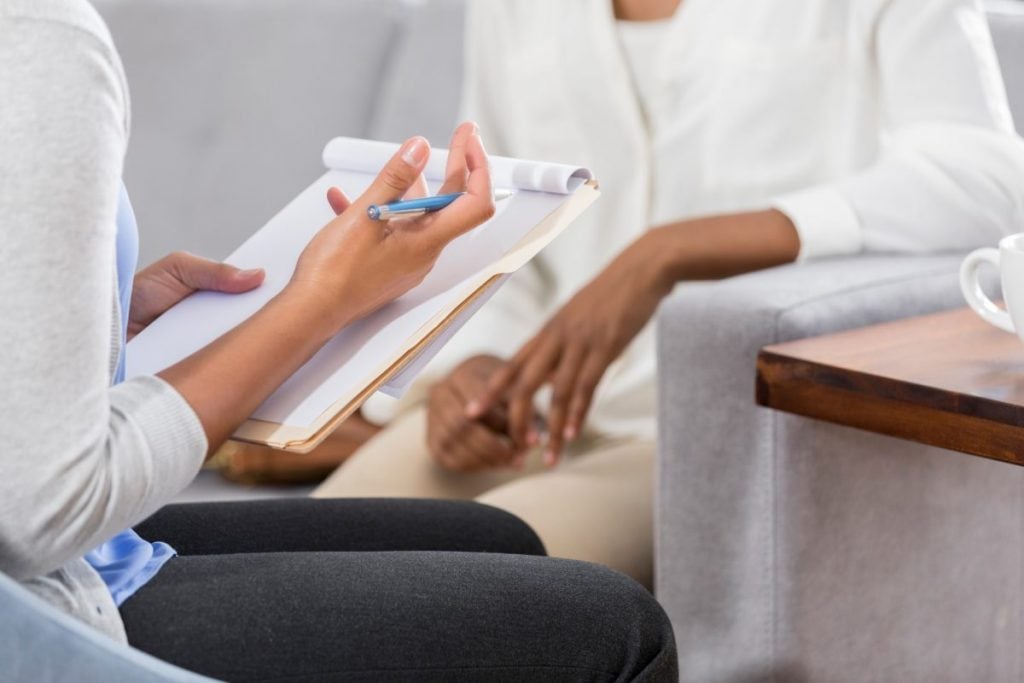 Many parents try to prevent their children from biting their nails by coating the fingers in a foul-tasting material or covering the fingertips with tape. While these actions are successful in the short term, the compulsion that drives nail biting seems to persist regardless. Parents who use punishment systems such as timeouts or spankings may actually increase the frequency of nail biting in their children. Additionally, children with the habit of biting their nails who experience these punishments showed higher levels of anxiety, stress, and frustration. 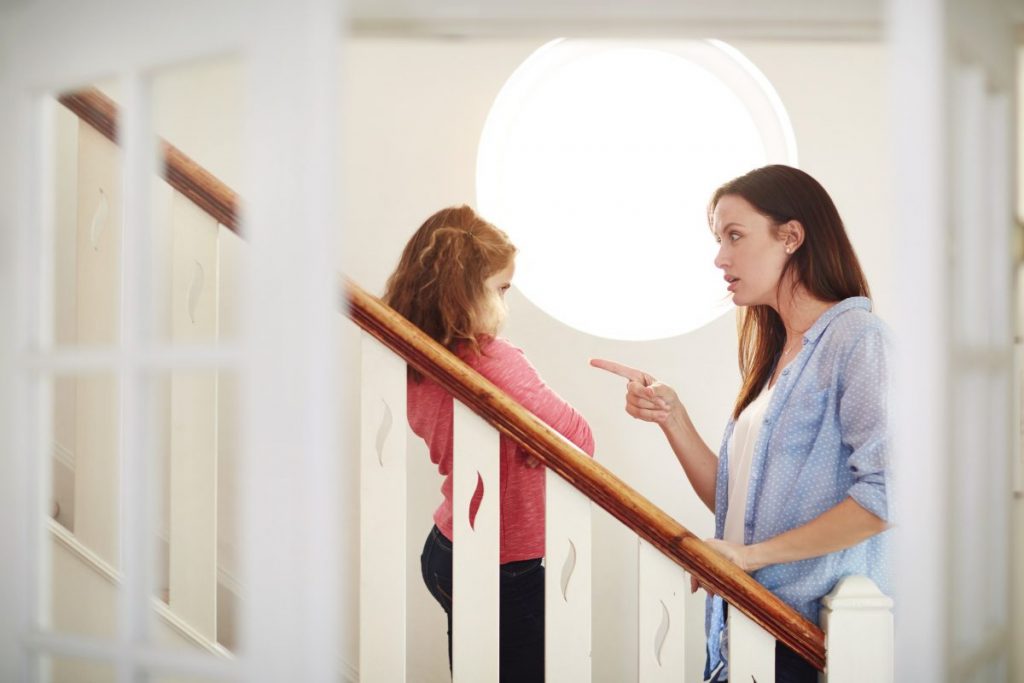 Some of the more effective treatments for nail biting involve psychotherapy. Cognitive behavioral therapy is one of the most popular forms of psychotherapy for many conditions, including anxiety and depression. It focuses on challenging and improving thoughts, beliefs, and attitudes that may prevent a person from coping with their condition. Throughout the treatment process, a counselor teaches coping strategies to ensure treatment is effective even once the therapy ends. Another popular method for treating nail biting is habit reversal training. 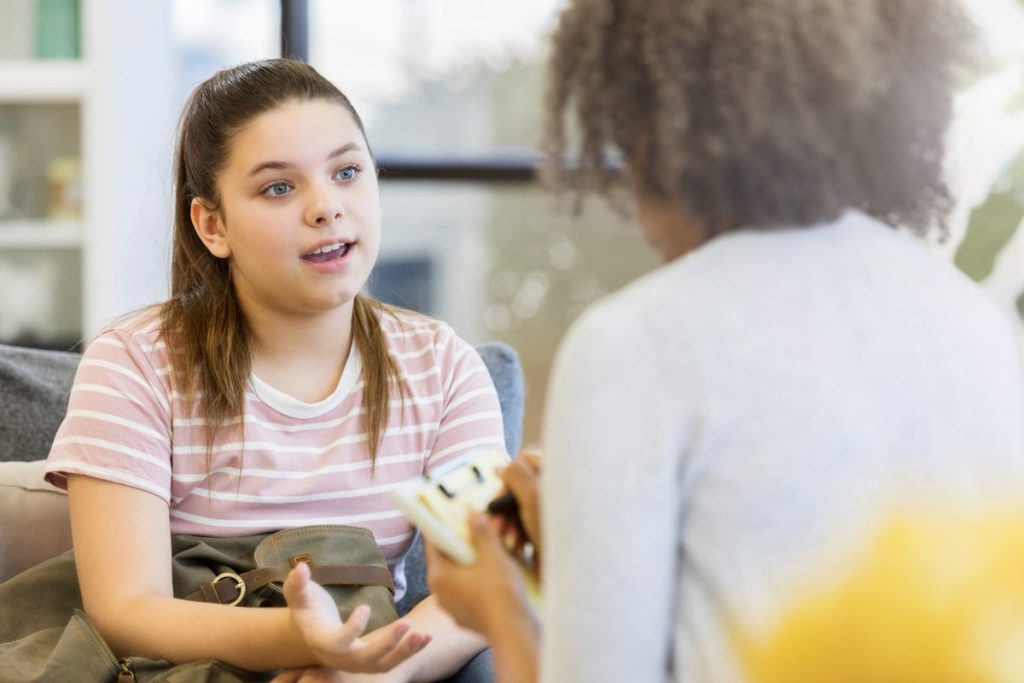 Habit reversal training is a form of behavioral treatment that aims to reduce certain behaviors people feel are bothersome or harmful. It typically consists of five main components: awareness, competing response, contingency management, relaxation, and generalization. Usually, a patient replaces their dangerous habit with a less dangerous habit such as gum chewing. People undergoing the treatment perform the new action for at least a minute every time they feel the compulsion to bite their nails. Over time, a counselor may introduce new management methods. 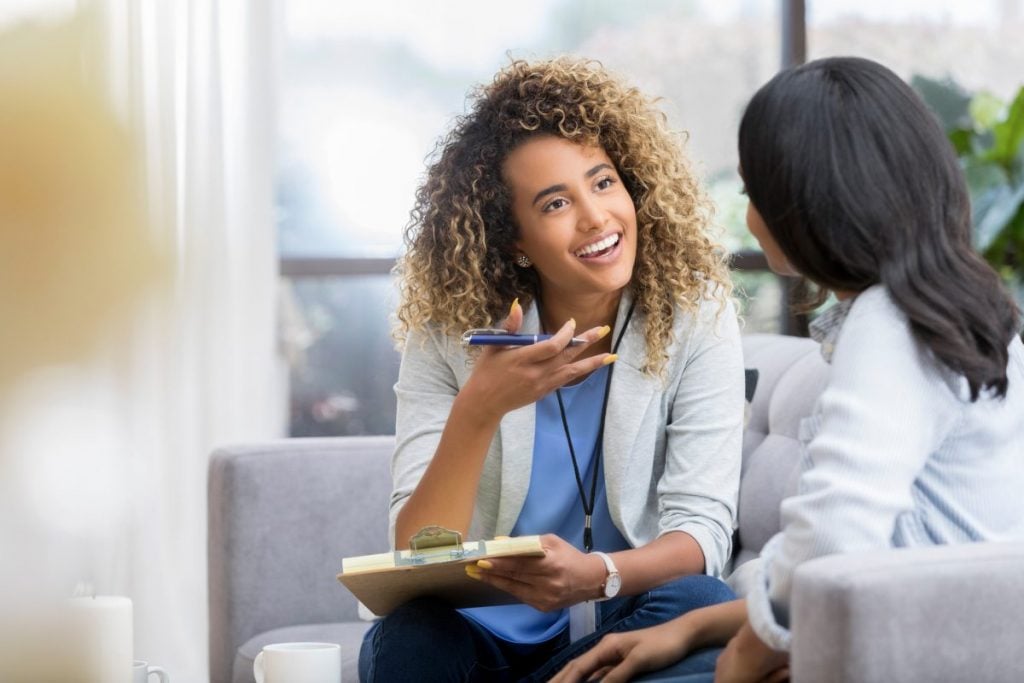