Know the Symptoms of Shock

Shock occurs when the circulatory system, for various reasons, does not provide enough blood flow to the body’s organs and tissues, rendering them deprived of oxygen. It may occur as the result of a trauma, a severe burn, a serious infection, heatstroke, blood loss, or even poisoning. If untreated, the individual can suffer permanent organ damage or death.

Decreased blood flow can cause problems with the heart. The cause of shock-like trauma can make the pulse weak, rapid, or what medical practitioners call “thready.” The jugular veins may appear distended. If left untreated, the pulse can substantially weaken. 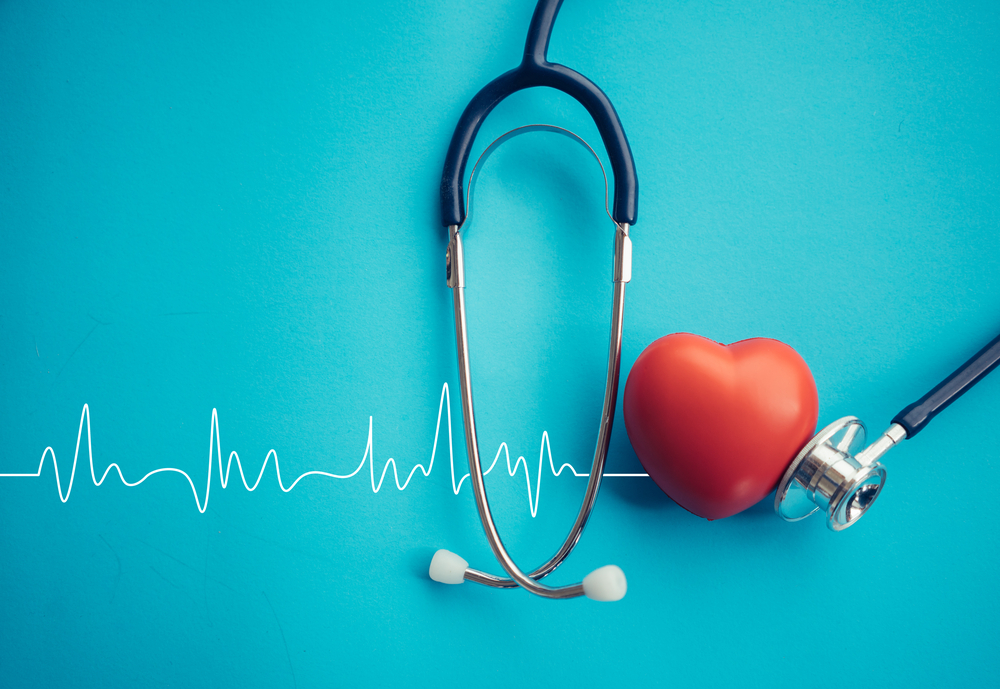 If you’ve seen any medical television shows, you might recall that the first thing emergency medical staff tend to do when a person goes into shock is cover them up. During a state of shock, decreased blood flow can cause the body temperature to drop. The affected person's skin may become cool and clammy to the touch. Keeping him or her warm will help retain essential body heat. 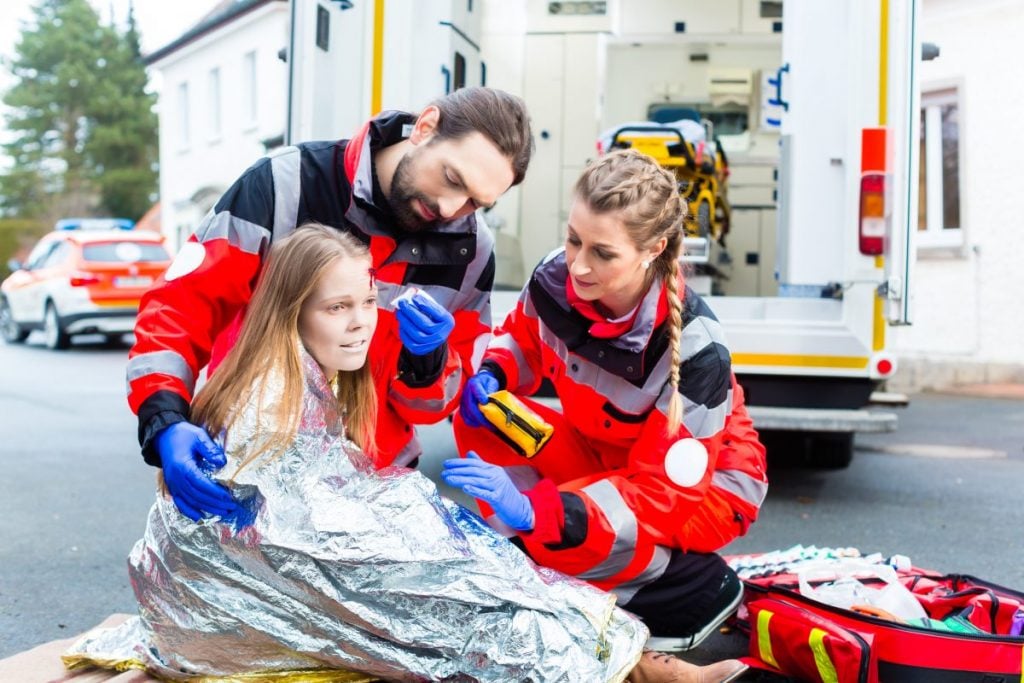 Another classic sign of shock is skin that is ashen or pale -- the person may appear drained of color. This is again a result of decreased blood flow and the struggling circulatory system. When these functions are restored, the skin will return to its normal color. 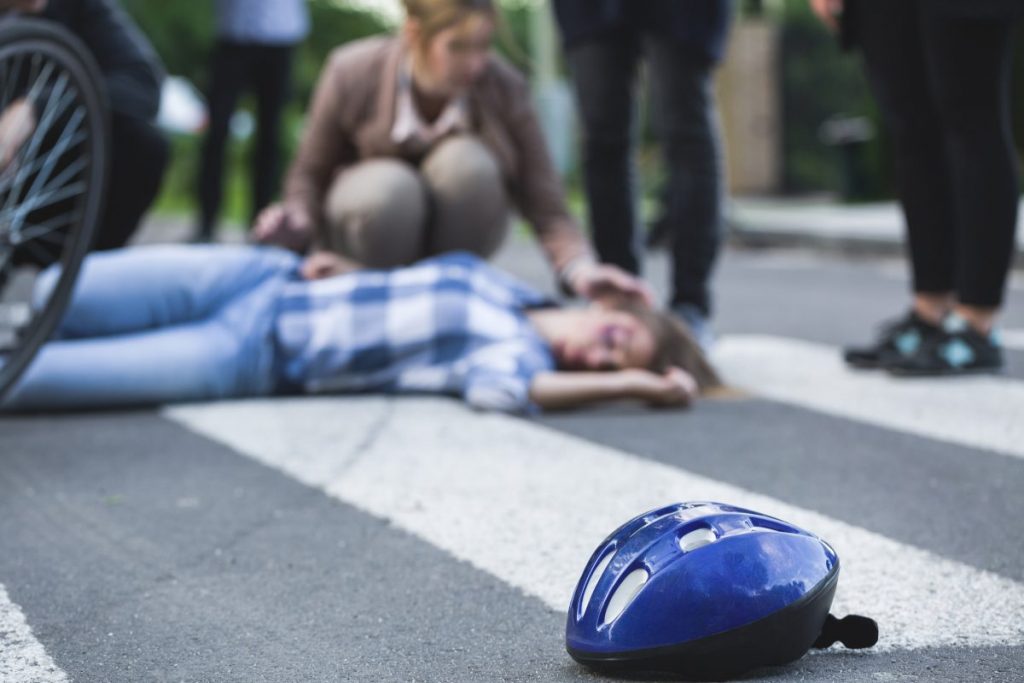 When a person goes into shock, they may begin to breathe rapidly. The body is desperate for oxygen because the circulatory system is unable to pump enough of it to the organs and tissues. The person may feel as though they cannot get enough air, and breathing becomes quite rapid. It is not uncommon for people to require CPR. When medical caregivers arrive on the scene, they are likely to place an oxygen mask over the patient's mouth and nose. 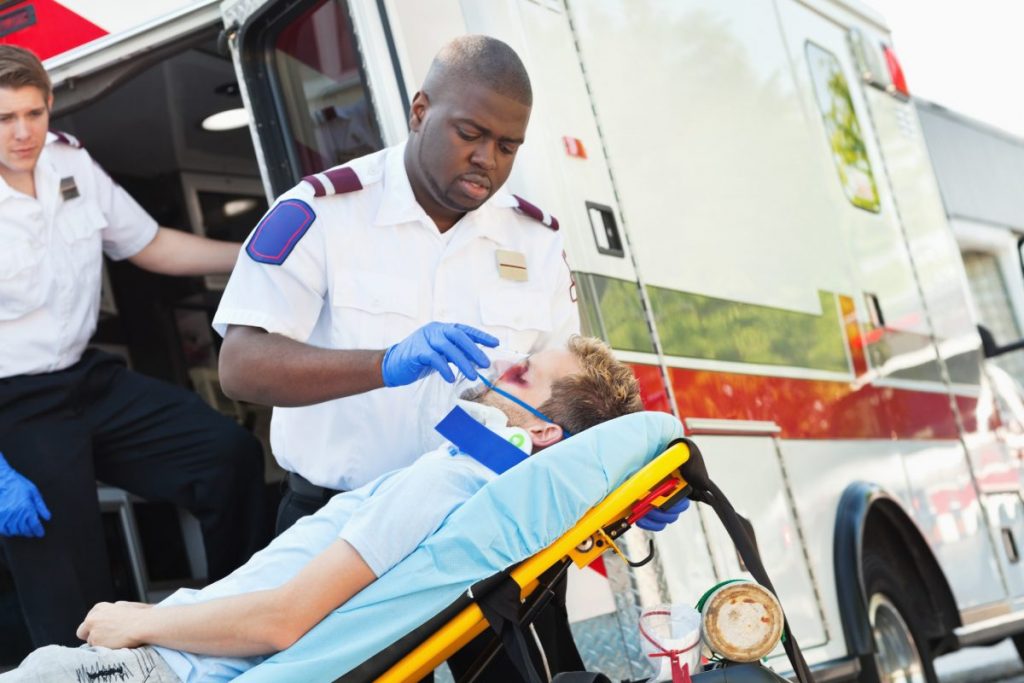 As a person goes into shock, they may be feel dizzy. The lack of optimum blood flow to the brain can lead to this dizziness and even cause the person to black out and lose consciousness. Fainting can, in itself, cause further injury. If you or someone near you is feeling dizzy, sitting down is the best way to prevent further damage from a fall. 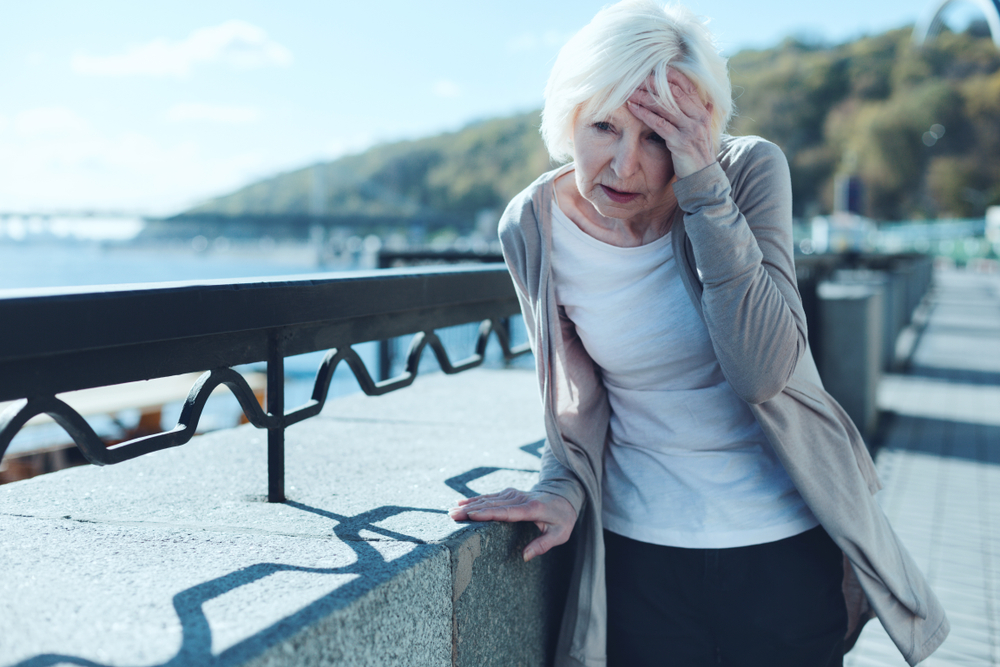 As a person experiences shock, they may feel sudden fatigue and weakness. With less blood flow and its life-giving oxygen, the body’s tissues suffer, leaving the person weak and possibly unable to stand. As with dizziness, the best immediate remedy is sitting down. People in shock typically experience this symptom alongside other symptoms of shock like cool skin and rapid breathing or pulse. 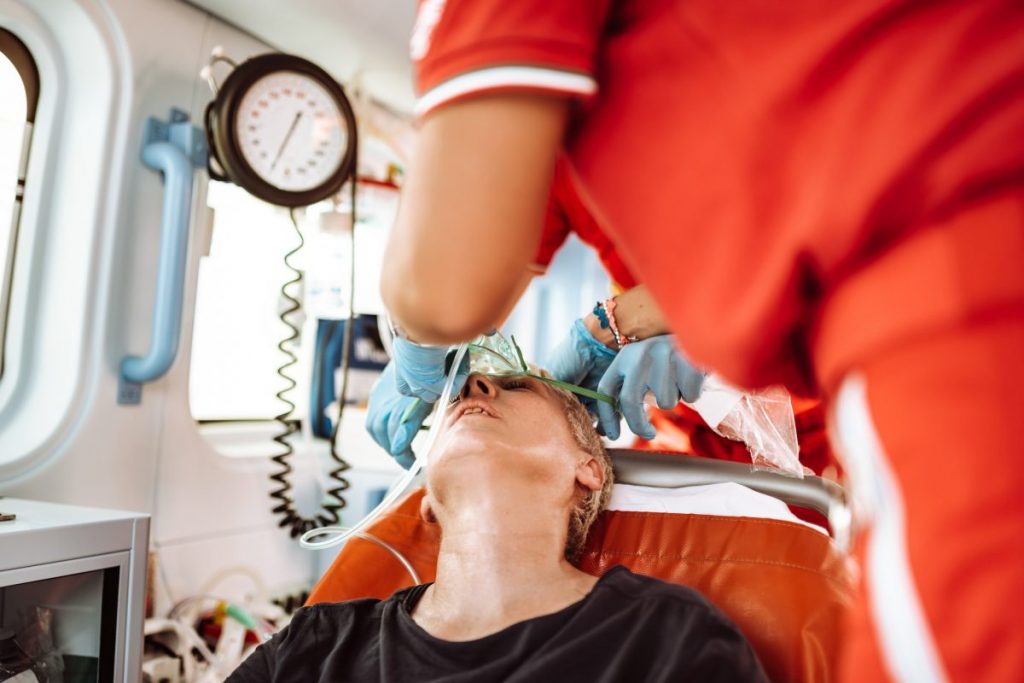 Changes in Mental State and Ability

When a person goes into shock, they are not getting the oxygen they need to vital parts of their body, including the brain. This can trigger feelings of anxiousness. The individual may become forgetful. If left untreated, the person can appear unresponsive and may slip out of consciousness. Again, immediate medical care is vital. 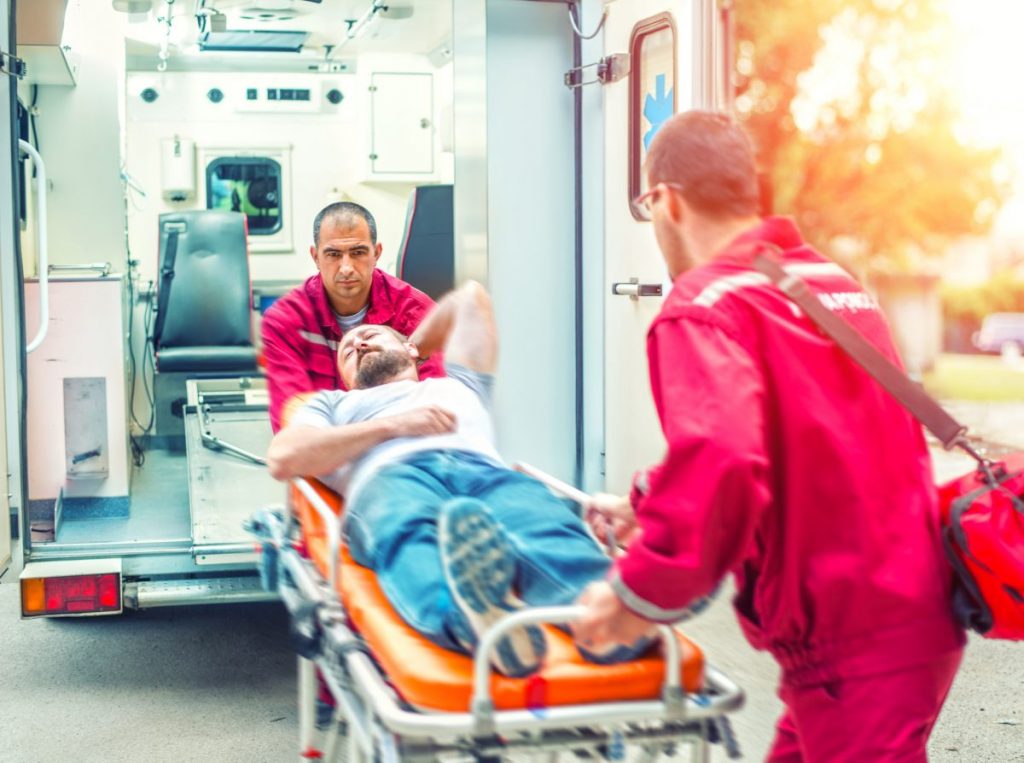 Many conditions can cause a person’s pupils to dilate. A major disturbance to the nervous system, caused by the shock, can and often does lead to pupil dilation. As it continues, the eyes may begin to appear dull. When accompanied by other symptoms like rapid breathing and a feeling of dizziness, dilated pupils should indicate shock and prompt medical action. 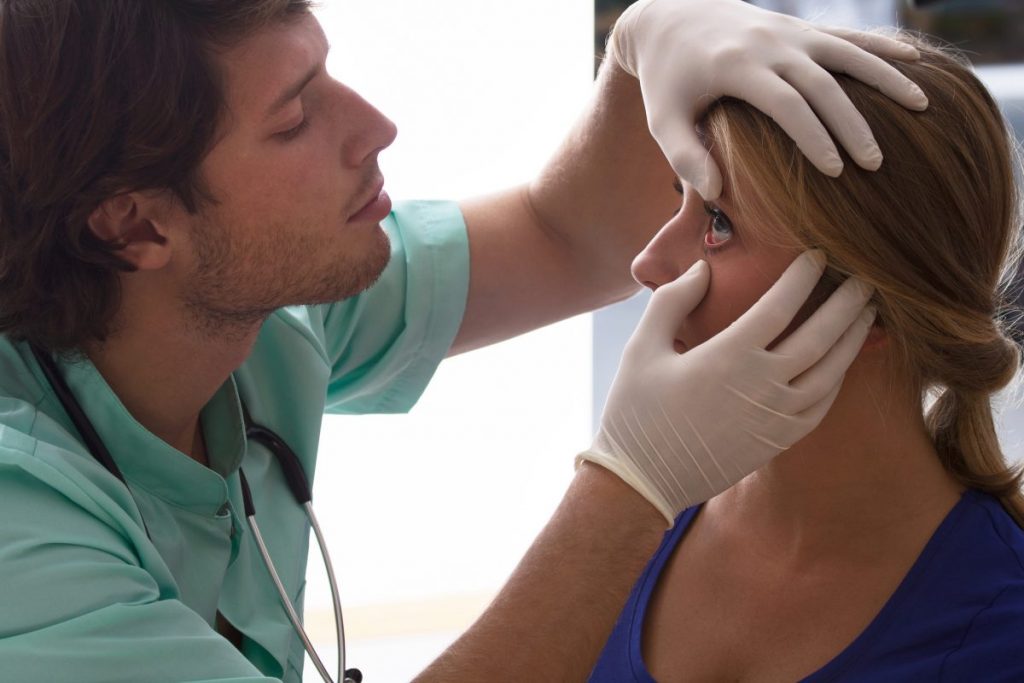 Many people in the early stages of shock may complain of a dry mouth or thirst. Medical providers say that you should not, however, give the person a drink if you suspect shock. It is far safer to call for emergency help if other symptoms are present, such as confusion, dizziness, or nausea. 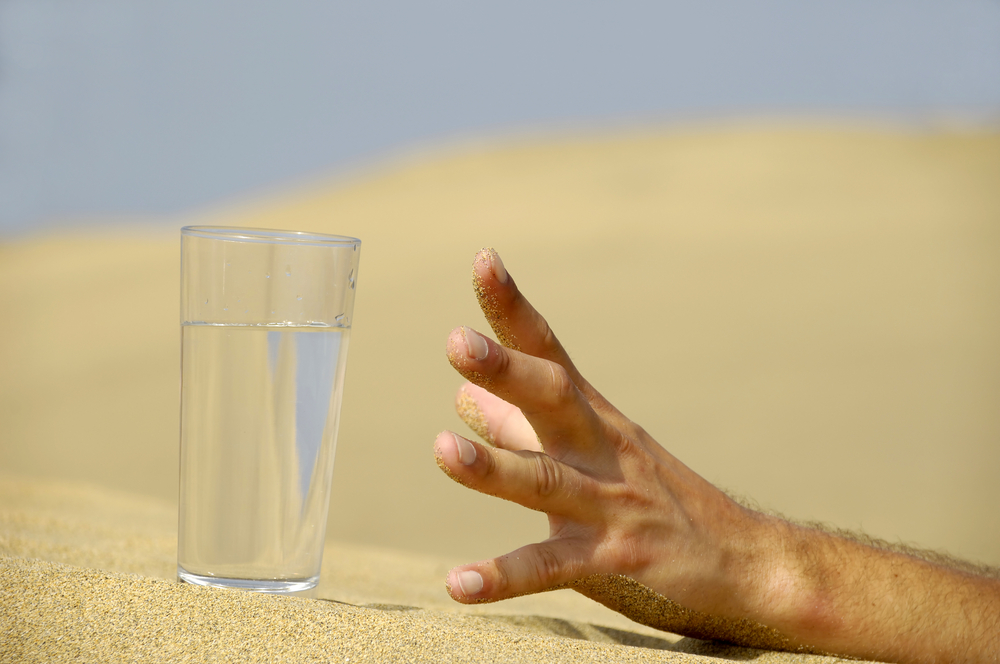 The overall disturbance shock has on the body is immense and can cause considerable internal upheaval. Blood sugar may drop to the point where the individual feels nauseous or begins vomiting. Other conditions associated with shock can also trigger nausea. A person in shock who is lying down should be turned onto their side to ensure they do not inhale or choke on their vomit should they begin experiencing this symptom. 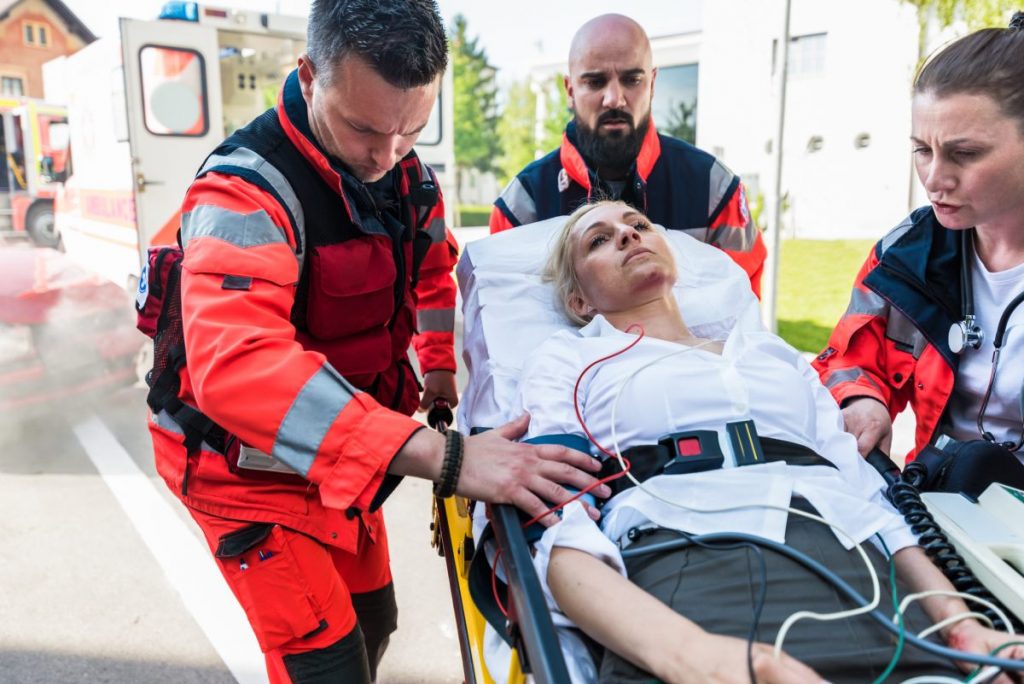