The Greek translation for teratoma is a monstrous swelling. For centuries, these tumors have been a medical curiosity, which may account for the many misconceptions about them. A teratoma is a three-layered germ cell tumor that resembles a ball of tissue. Some types contain tissues such as hair, muscle, and bone. They may grow large enough to cause severe pain. Teratomas are typically benign, although some may be cancerous. Theyoccur in people of all ages, and most are treatable. 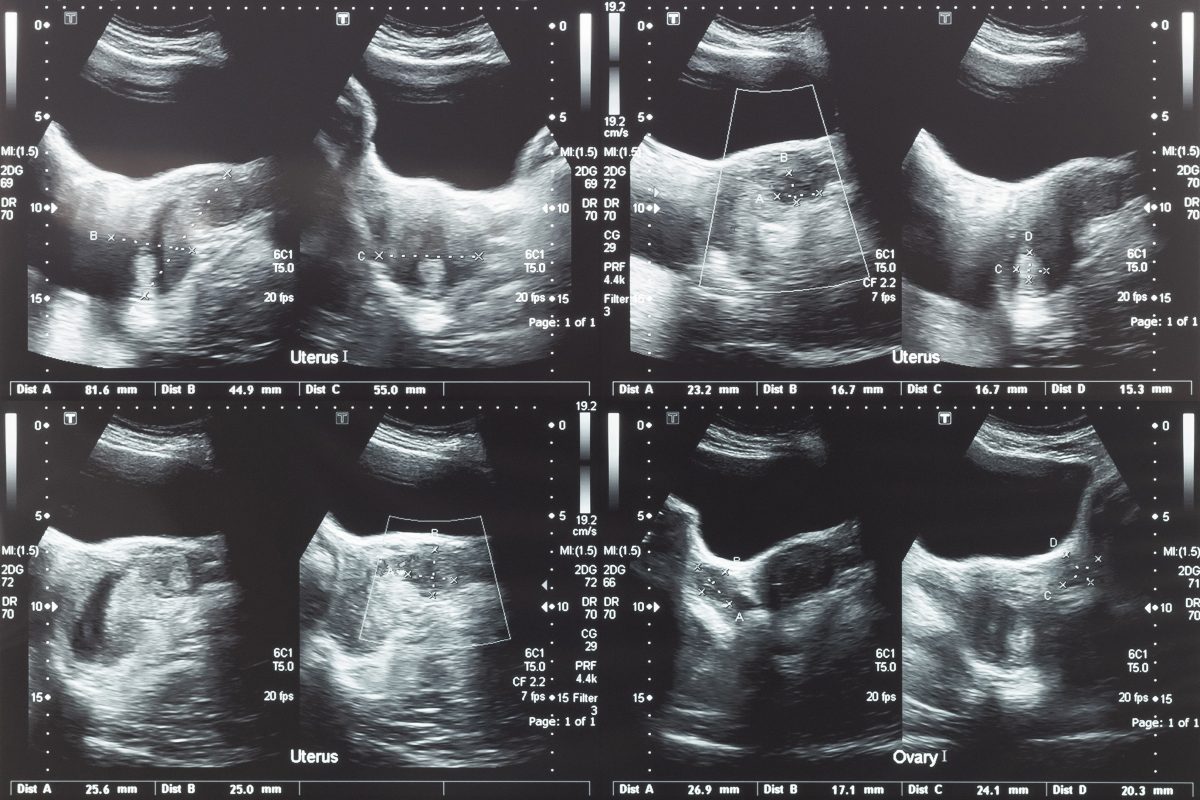 Teratomas consist of multiple cell types and contain a variety of tissues. They are classified as either mature or immature. The former, also called dermoid cysts, are mostly benign, and physicians further classify them as cystic, solid, or mixed. Immature teratomas are usually malignant. 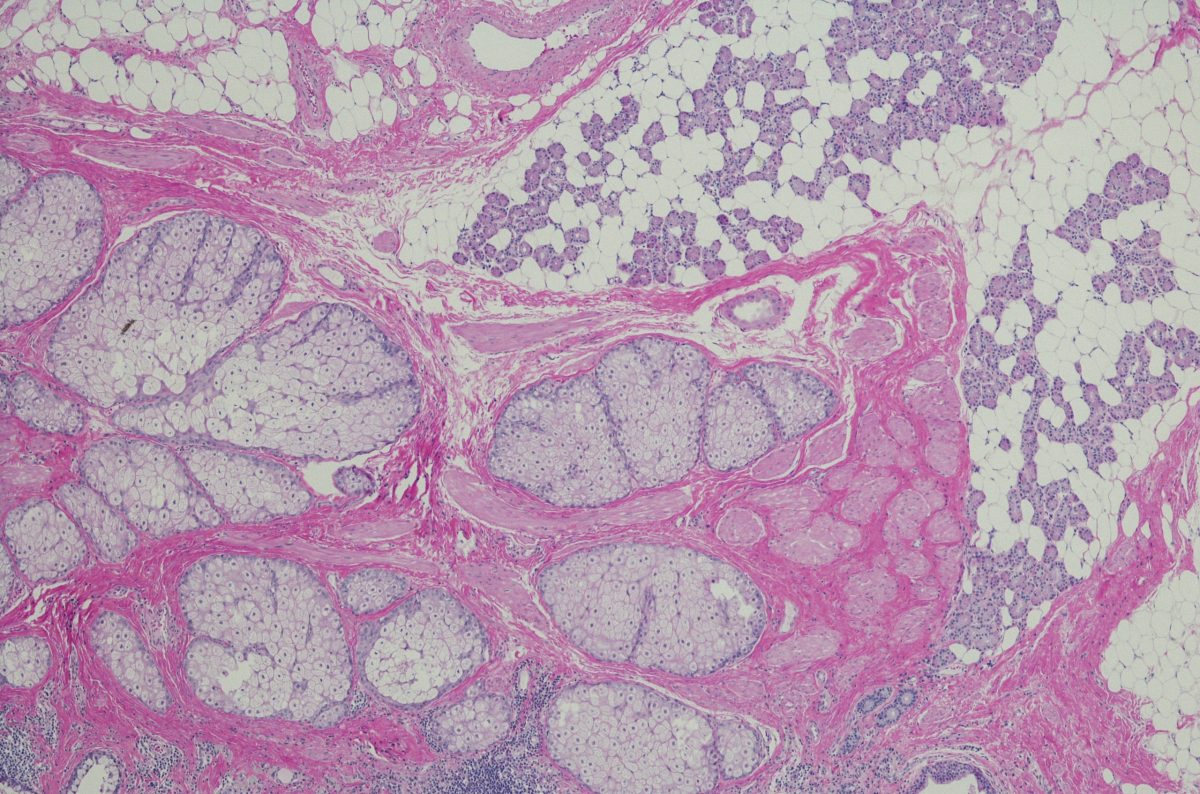 Doctors identify teratomas in various places and it closely relates to the age of the person. In infancy and early childhood, the most common location is outside the ovaries and testes. Teratomas occurring after childhood are more likely to be in the testes and ovaries.

Symptoms and Signs of Teratomas

Mature cystic teratomas of the ovaries or dermoid cysts may be found by chance if there are no symptoms. This may happen during a physical examination, a scan or surgery carried out for an unrelated reason. People with ovarian teratomas usually experience abdominal pain and abnormal uterine bleeding. Some individuals also complain of back pain with gastrointestinal and bladder issues. Severe pain can indicate the rupture or twisting of a cyst.In many cases, doctors will not discover a sacrococcygeal tumor until a child's birth. However, it is possible to observe one during an ultrasound. Some children do not exhibit symptoms until they are between one month and four years old.

People with mediastinal teratomas may experience cough, chest pain, and shortness of breath. The person may cough up hair or other material from the teratoma if a channel has developed between the tumor and the windpipe.

Men with testicular teratomas have a noticeable scrotal mass but seldom experience pain. Vision problems and headaches often accompany teratomas in the brain. 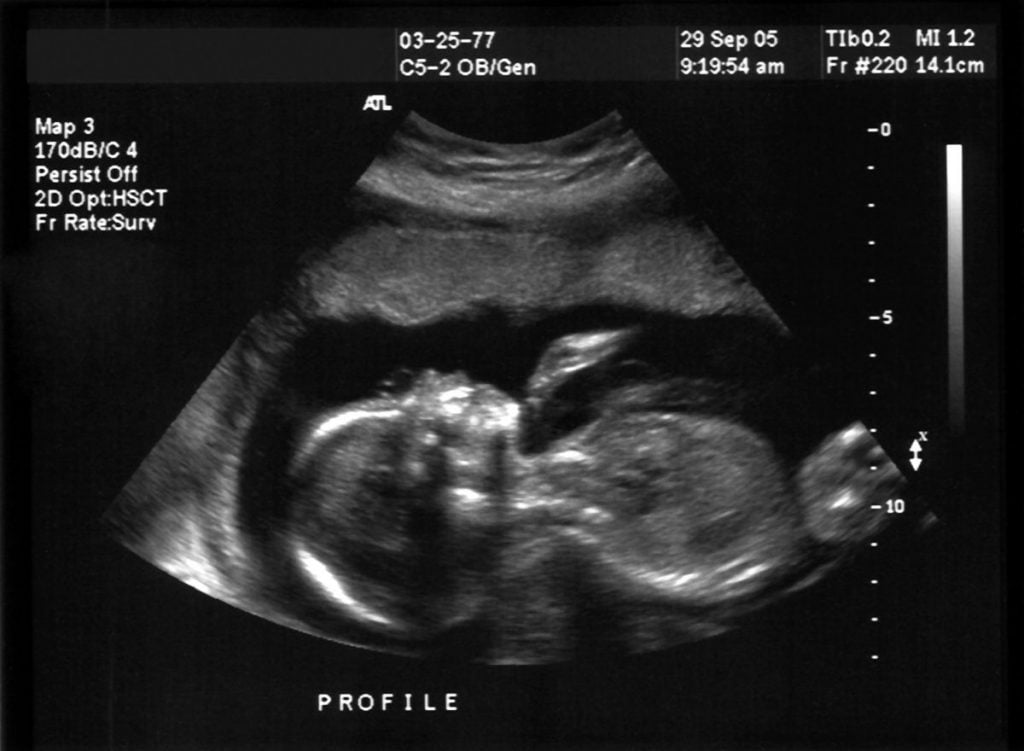 Researchers are not sure what causes teratomas and other germ cell tumors. They appear sporadically and randomly. Family history and environmental factors may play a role. One theory suggests that germ cells migrate mistakenly during embryo development, then undergo mitosis, dividing, multiplying, and then forming the teratoma. Much of the current research focuses on possible causes. 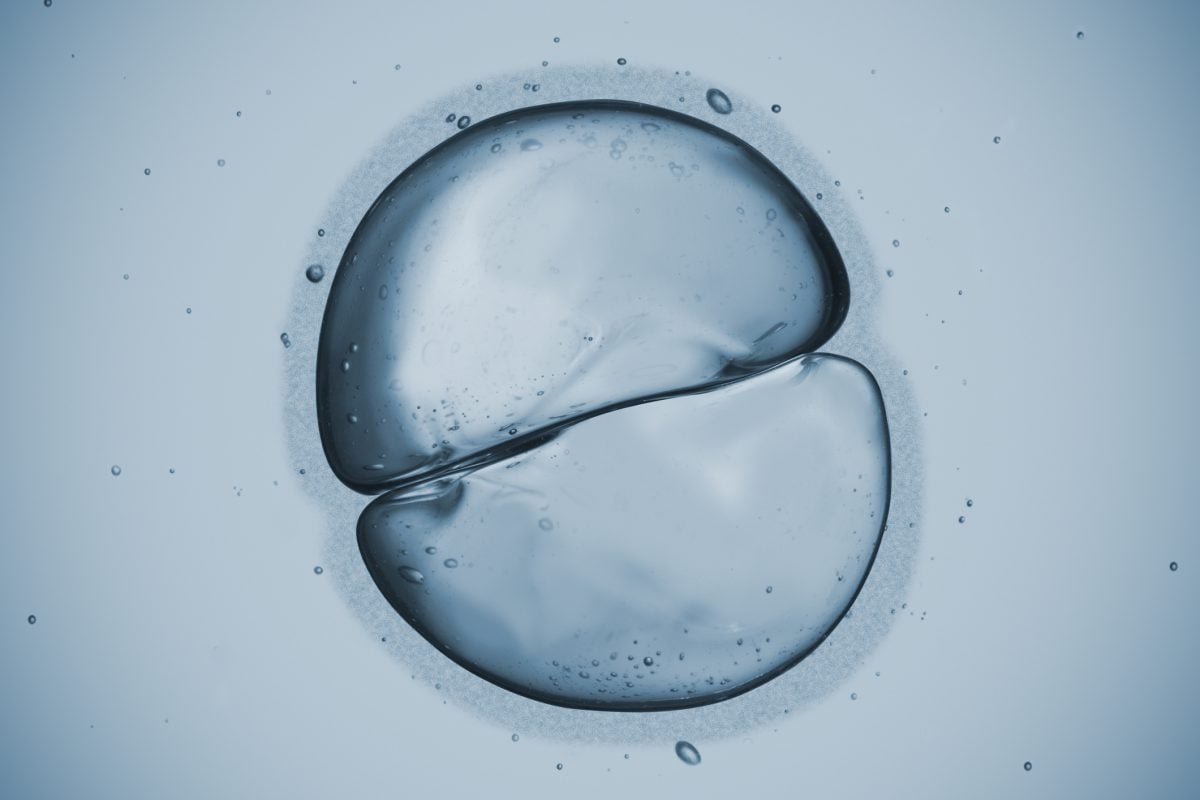 Mature teratomas are the most common; a surgeon can usually remove them, though they occasionally grow back. Some teratomas make hormones that may cause symptoms and signs of disease. Immature teratomas often occur in the tailbone or sacrum in newborns or in the ovaries of girls who are starting puberty. They are less developed and tend to grow and invade the tissues that surround them. Physicians have developed a grading system to help with treatment plans. The more embryonic tissue the tumor contains, the more immature it is, and the poorer the outlook. 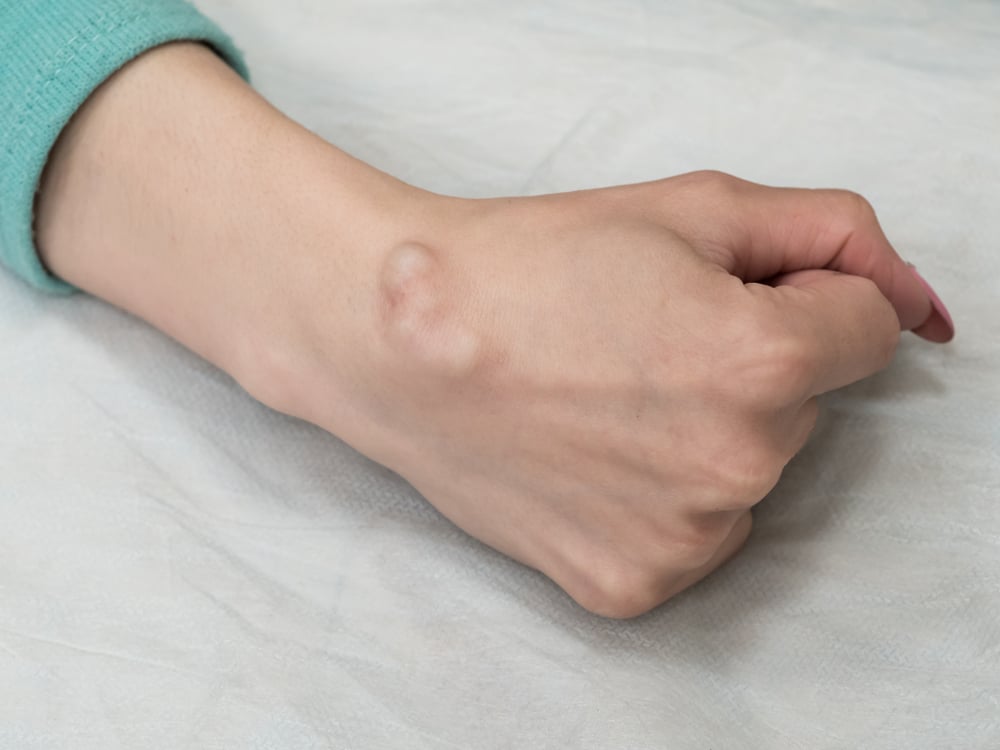 A teratoma with malignant transformation is a very rare form of teratoma. It may contain elements of malignant tumors such as leukemia, carcinoma, or sarcoma. Malignant transformation causes about six percent of teratomas to become cancerous. Experts believe these tumors result from germ cells that grow and divide abnormally and form a mass, possibly due to chromosomal differences. Additionally, TMTs do not necessarily respond to treatments in the same way that germ tumors do, despite appearing similar to mature teratomas. 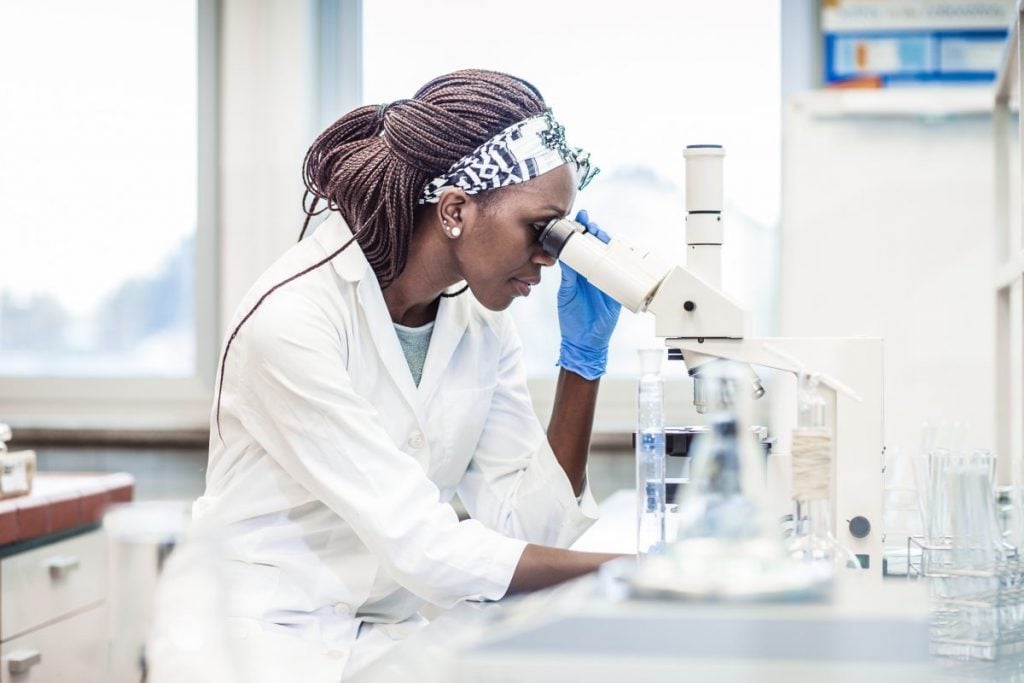 Age is a major factor for the type and location of teratomas in children. Around 40% are sacrococcygeal teratomas, occurring in newborns. These can grow very large, and up to 70% are found in girls. They are not usually malignant.

Teratomas in older children are usually found in the testes or ovaries. About 25% of the teratomas physicians diagnose in children occur in the ovaries. 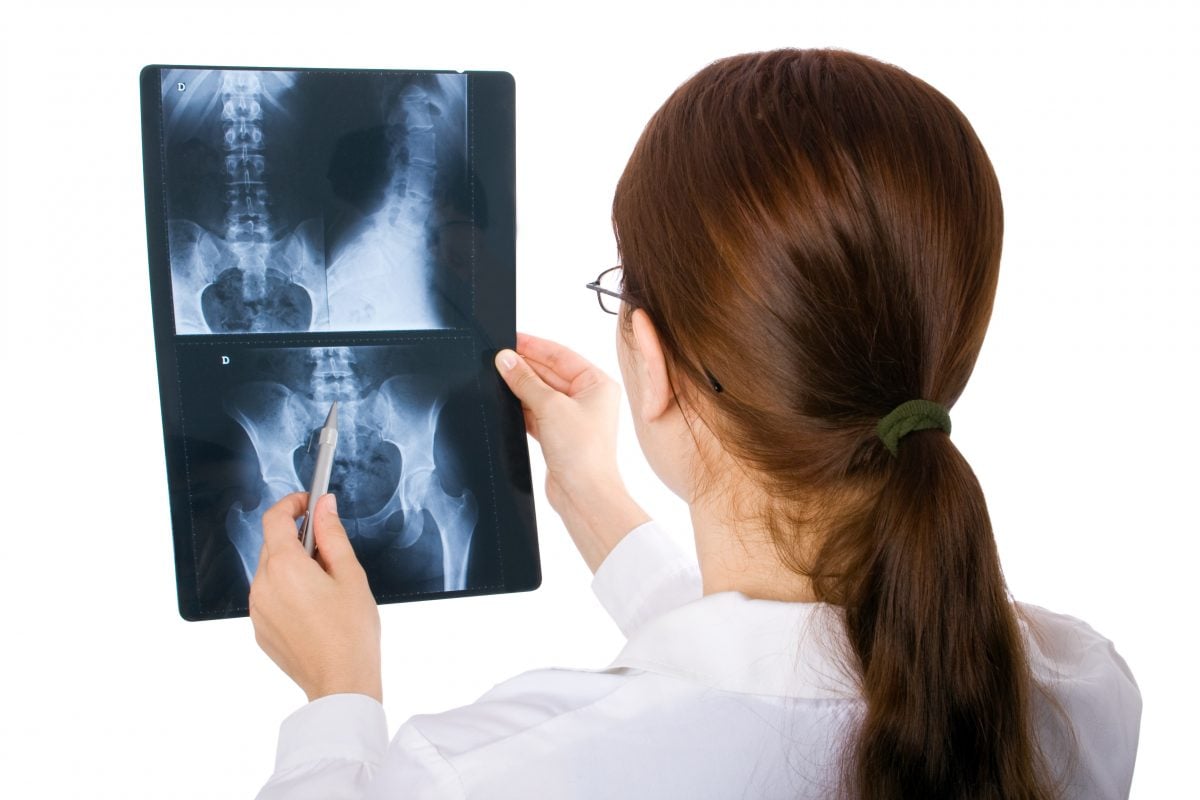 Mature cystic teratomas account for more than 95% of all ovarian teratomas. These tumors generally appear in females in their 20s and 30s. Most contain cysts and hair, as well as debris from dead, fat-producing sebaceous cells. In some cases, doctors find teeth, cartilage, and bone in the tumor.

Malignancies are rare, but approximately 2% of people develop a secondary tumor, with squamous cell carcinoma being most common.

Surgical removal is the treatment for mature ovarian cystic teratomas. If a malignancy is found, then the patient will need chemotherapy in addition to surgery. 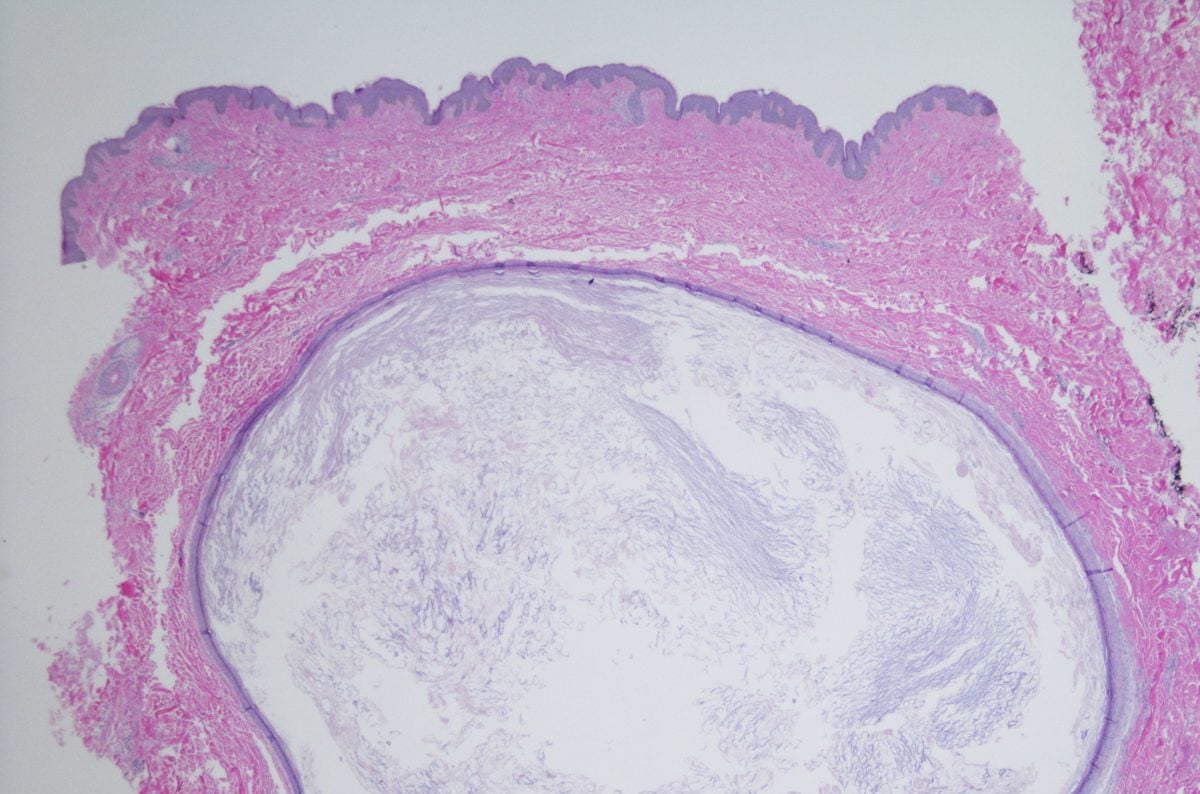 Both children and adults may develop testicular teratomas. In children, they are invariably benign, whereas in adults and adolescents they are usually malignant. For men past the age of puberty, medical experts warn that even mature teratomas that are initially benign are potentially aggressive.

Treatment for testicular teratomas is usually surgical removal of the testicle. For boys who have not reached puberty, some surgeons may remove only the tumor, leaving healthy testicular tissue behind. For malignant teratomas, surgery will be combined with chemotherapy. 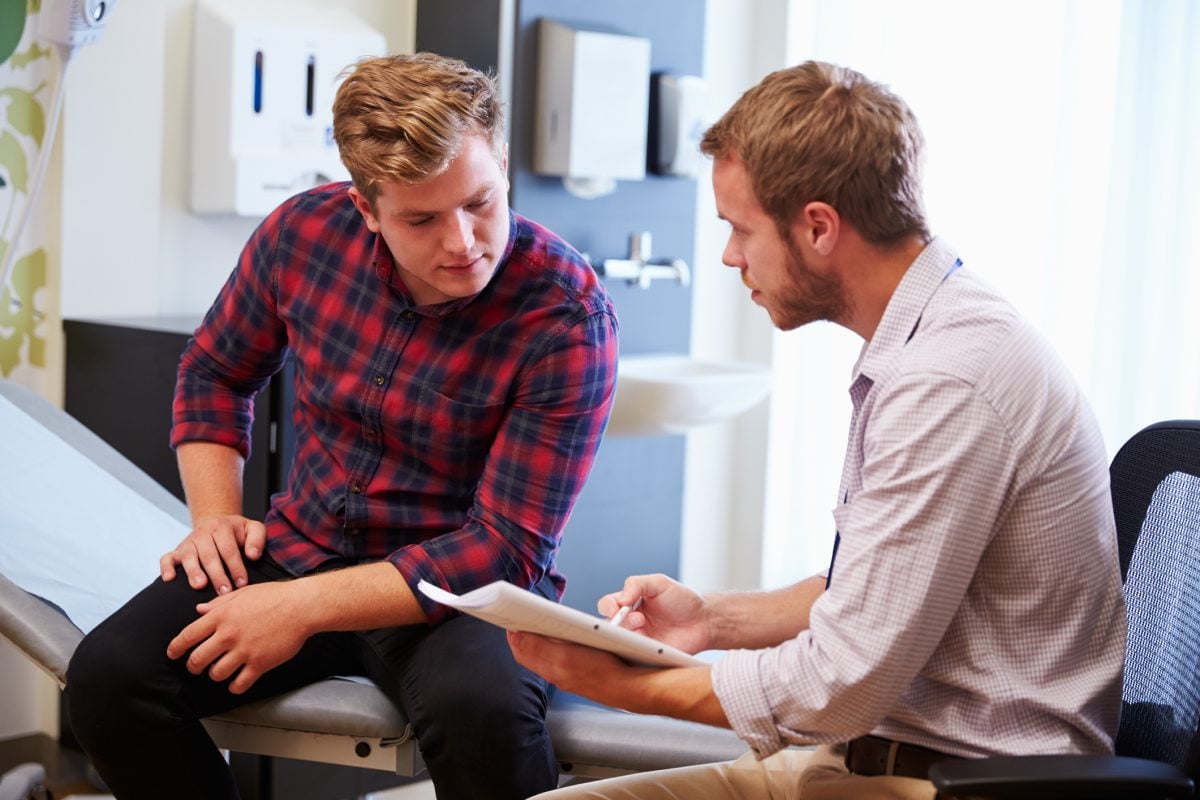