Dealing with an Epididymal Cyst

The epididymis is located along and behind the testicle. The coiled tube is responsible for collecting and moving sperm from the testes to the vas deferens. Sometimes a fluid-filled cyst develops in the epididymis. This is known as an epididymal cyst. If the cyst is filled with sperm, it is called a spermatocele.  An epididymis will grow to the size of a pea and usually sits in the upper portion of the testis. It is benign and rarely causes symptoms, so men may have this kind of cyst without knowing it.

Diagnosis of an Epididymis Cyst

It is most common to discover an epididymal cyst during a self-examination, although as with any mass found in the testicle it will have to be verified by a urologist. A scrotal ultrasound will identify the presence of an epididymal cyst or show another condition. After being diagnosed with a testicular cyst, there is not much to be done with it unless the epididymis continues to grow or becomes painful to the touch. 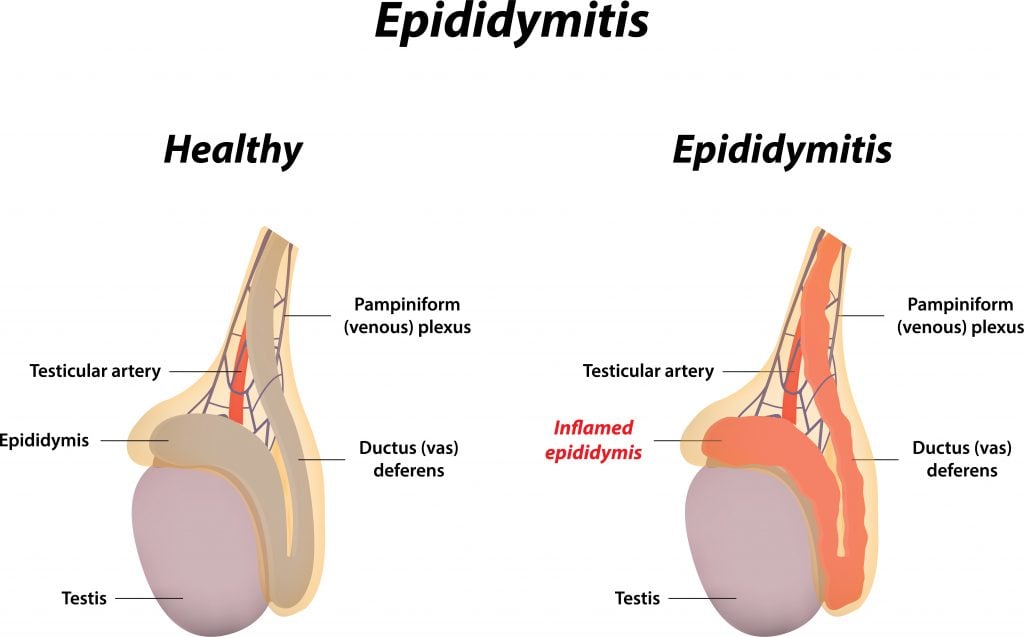 The genetic condition of cystic fibrosis is a devastating disorder that affects more than 30,000 people country-wide. The progressive disease is usually associated with the lungs, causing a buildup of mucus in the lungs and other organs of the body. Cystic Fibrosis can cause the formation of cysts throughout the body, including the pancreas and lungs as well as the reproductive organs. An epididymal cyst is not uncommon in cystic fibrosis patients. 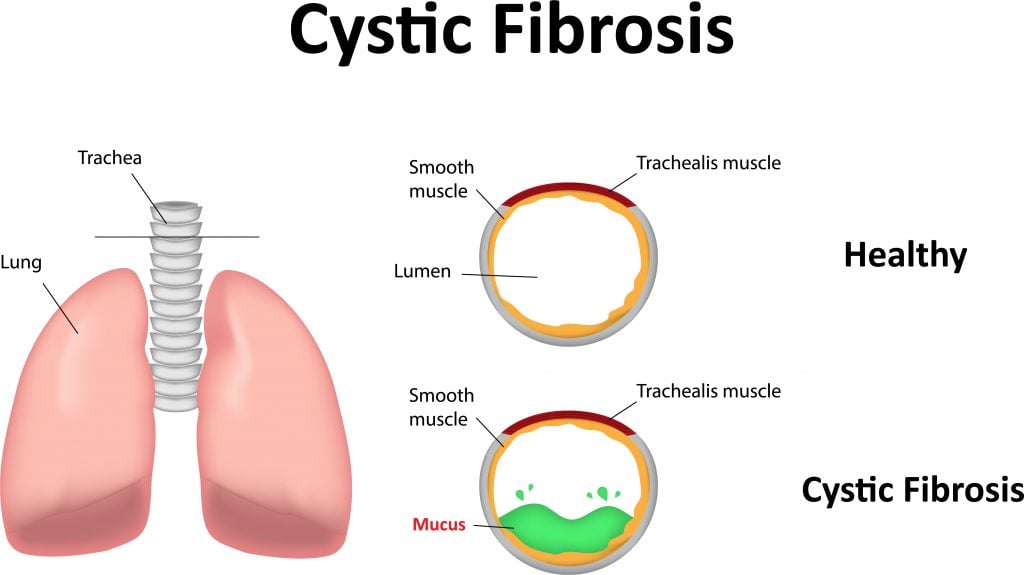 Polycystic kidney disease (known as PKD) afflicts more than half a million people throughout the United States. It is one of the leading causes of kidney failure and is spread equally between men and women. Although PKD causes cysts to develop mainly on the kidneys, it can also cause the formation of epididymal cysts on the male reproductive organs. There is currently no cure for PKD, but some treatments have been proven to control the symptoms and slow down the growth of cysts. 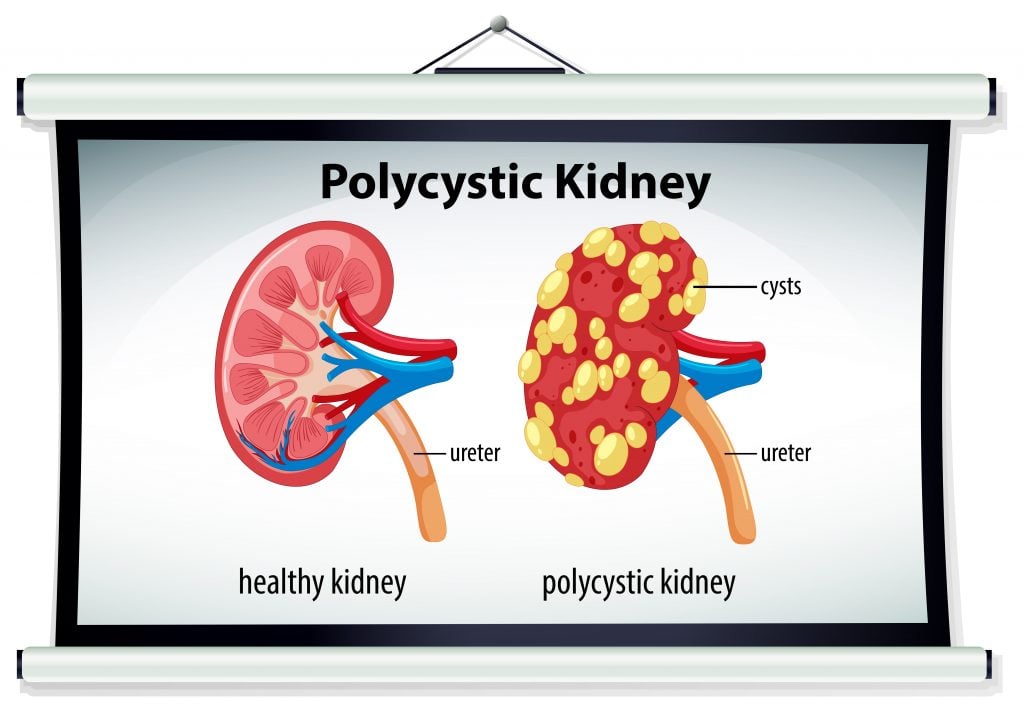 There are many conditions related to the epididymal cyst that differ from it yet produce similar symptoms. A Spermatocele is a cyst that is found in the testes just like an epididymal cyst; however, it is filled with semen. A Lipoma is a lump made from fatty tissue that forms in the testicle, and a Hydrocele is a collection of fluid in the scrotum. Even inflammation alone can be confused with a cyst of the testis, making it important to get a proper diagnosis. 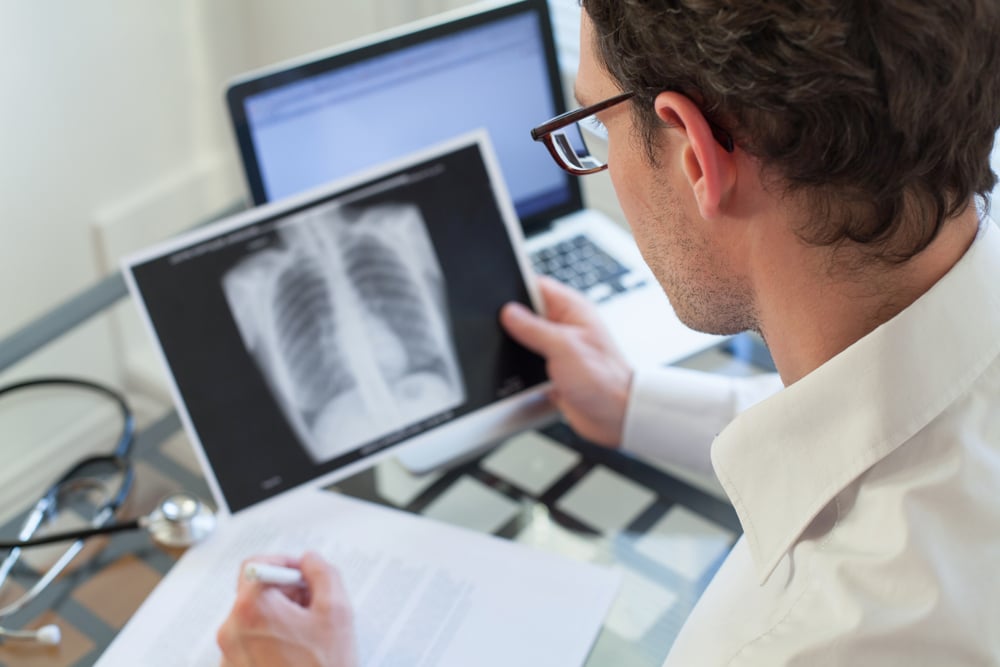 Often there is more than one epididymal cyst, and they can be found bilaterally. The cyst or cysts are well-defined and easily seen when the skin is illuminated. The cyst is easily palpable separate from the testis and is usually found along the top of the membrane. Small cysts are asymptomatic. Larger cysts rarely grow large enough to equal the size of the testicles but will occasionally cause noticeable inflammation. 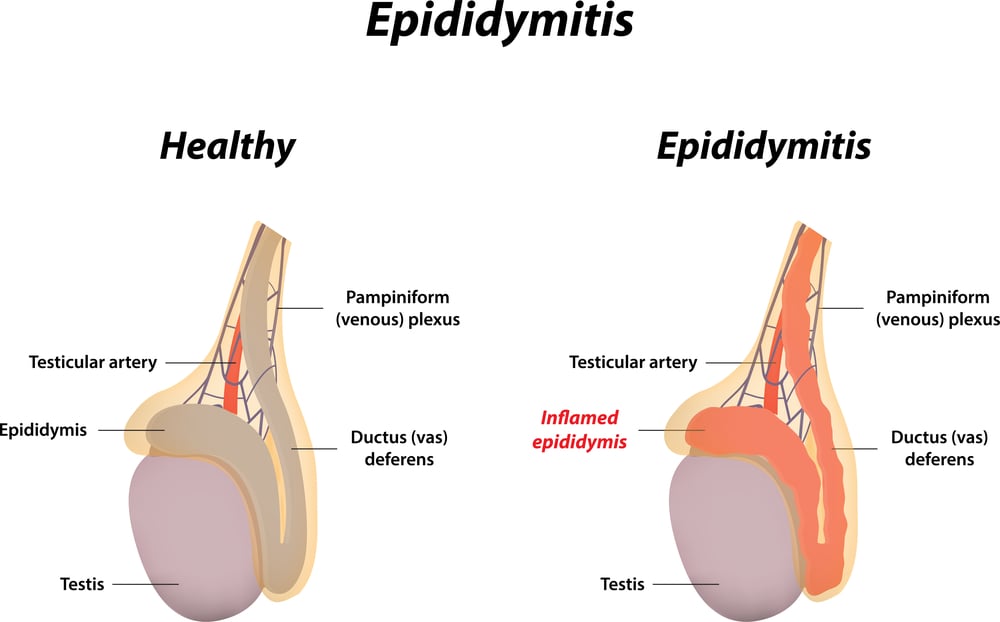 Typically such a cyst is small enough that it presents no problems to the patient and will be left alone. However, if the cyst grows or creates pain for the patient a physician may consider removing the cyst or draining it within the testicles. Surgery is only recommended if there are numerous epididymal cysts or it is large enough to cause discomfort. General anesthesia is used. The physician will make an incision in the affected testis, the cyst is removed, and the patient sewed up with stitches that absorb into the skin. Recovery time is short, and the surgery is well tolerated. 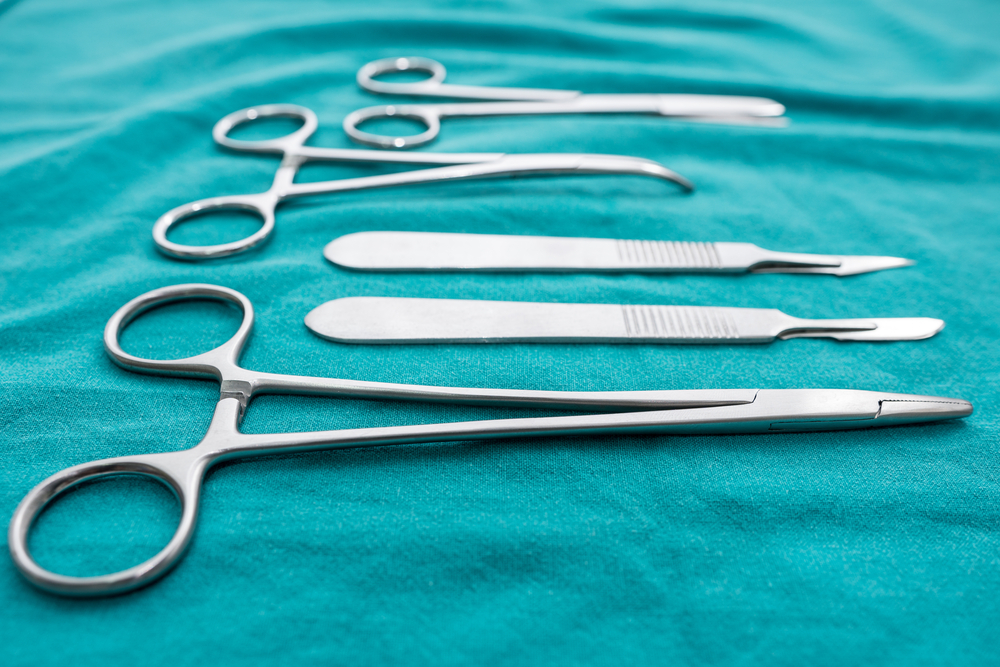 Although removal of epididymal cysts is generally safe with minimal side effects, there are risks associated with having the cysts surgically removed. There is always the potential for bleeding and infection within the incision, as well as swelling, bruising and pain. It is possible to experience an adverse reaction to the general anesthesia, including drowsiness, confusion and continued sedation. Finally, the removal of one or more epididymal cysts does not guarantee that another cyst won't recur in the future. 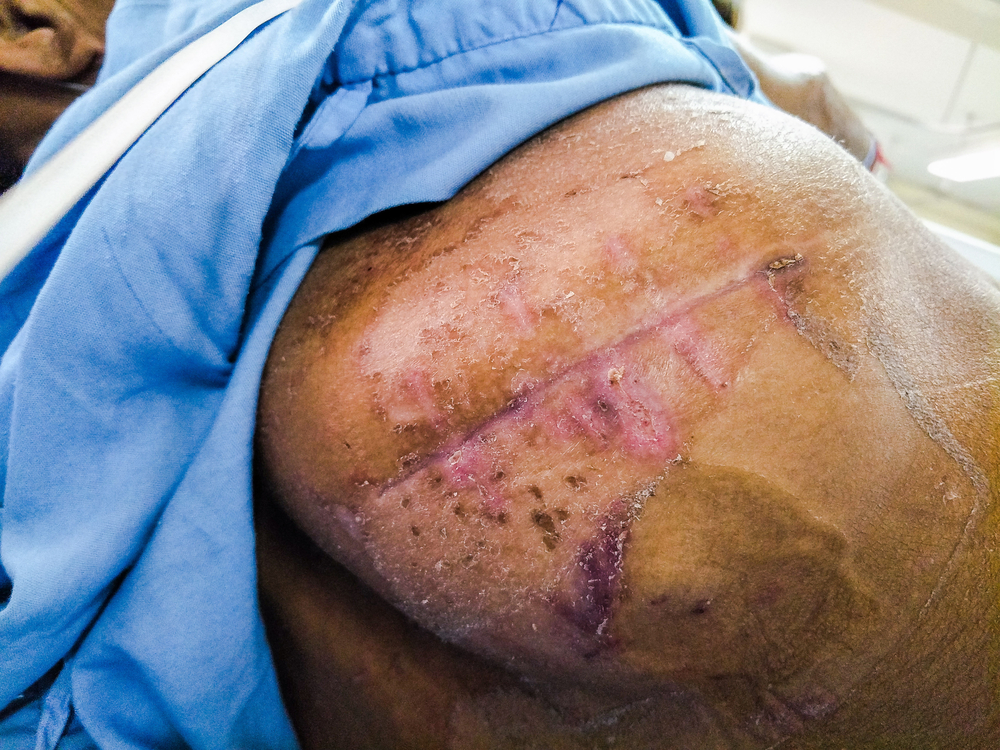 It is uncommon for patients to experience any adverse effects from the surgical removal of an epididymal cyst. However, as with other types of invasive surgery, there is a chance for complications. It is possible for bleeding to occur within the testis after removal of the cyst, and if not controlled, physicians will have to re-open the incision to stop the bleeding. There is also the potential for a deep-vein blood clot. Another possible complication of this cyst removal is damage to the spermatic cord, which can cause the testicles to shrink and ultimately end up causing irreversible fertility problems. 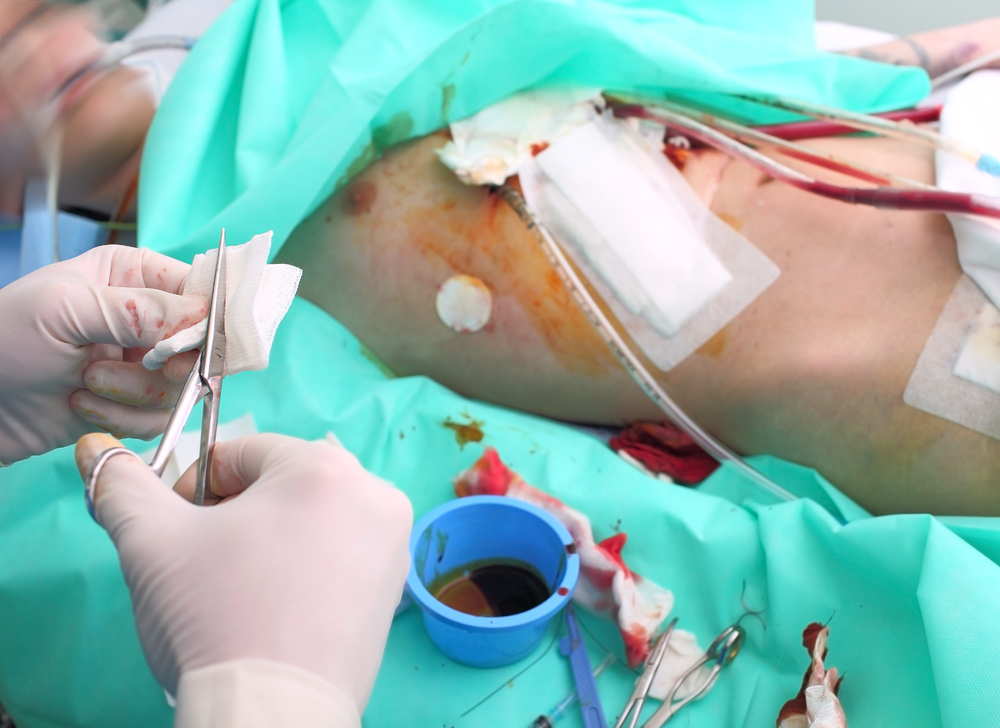 It is important to remember that epididymal cysts are relatively common and usually create few problems for the patient who lives with them. Most are small and asymptomatic. However, they can be confused with something much more serious: tumors that indicate testicular cancer. In general, tumors form within the testis rather than separate from it and can be accompanied by swelling or pain. Often, it takes the expertise of a physician to examine lumps found on or in the testes to determine their morphology. Testicular cancer discovered early has a high recovery rate. 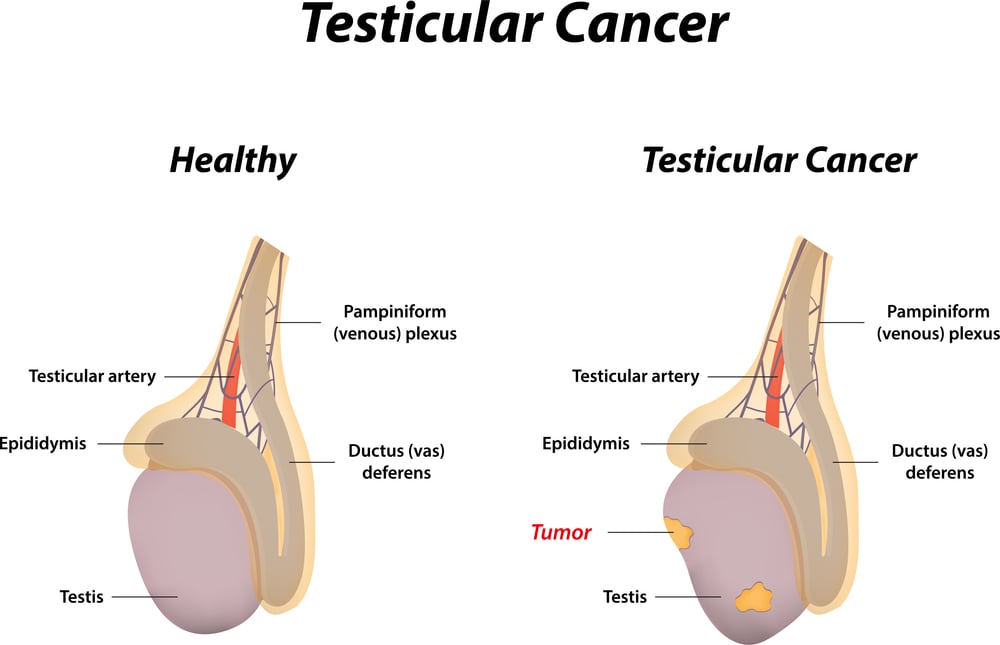 Taking Care of the Reproductive System

The testes serve two main functions in the healthy male: to produce sperm, and to create male hormones, including testosterone. The presence of an epididymal cyst is not something to be concerned about unless it grows inordinately large or causes discomfort/pain. It is important for men to regularly examine their reproductive organs and visit a physician for a professional appraisal of lumps and cysts. 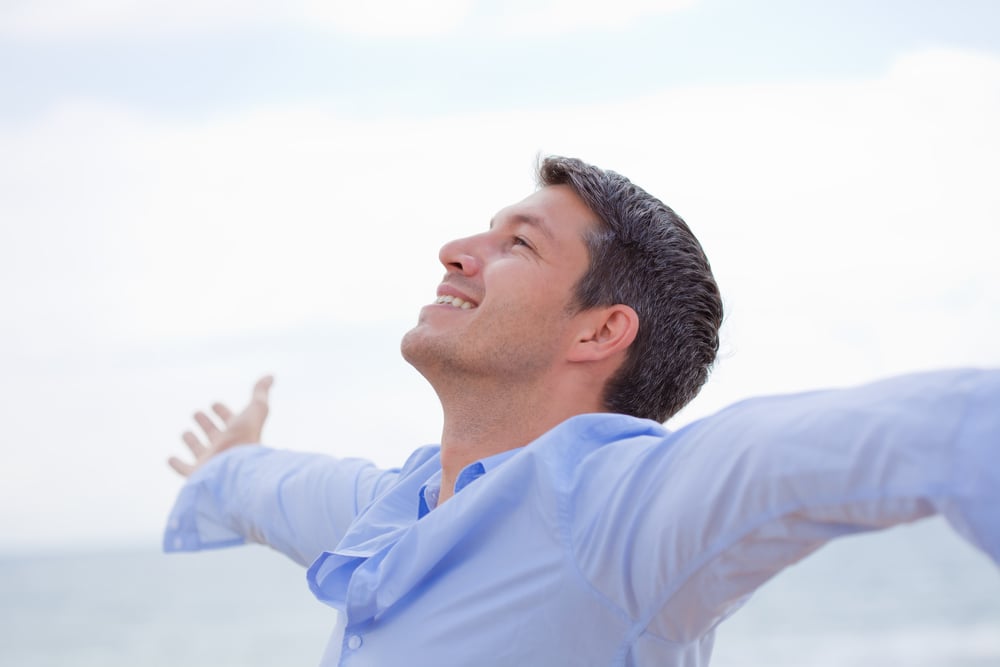