Electric shock is a flow of electrical current through a person's body. Damage to the skin or internal organs as a result of contact with electrical current is an electric injury. Electric shock can cause a minor twinge, mild to serious injuries, or death, depending on the circumstances and voltage. The human body conducts electricity well, so it travels through the body with ease. People can incur organ damage even if there is only a minor burn on the skin. The most common areas injured by electric shock are the heart, muscles, and brain.

There are four main routes of injury from electric shock. Cardiac arrest occurs due to the electrical effect on the heart. As the current travels through the body, it may damage muscles, nerves, and organs. Thermal burns result from contact with an electrical source. Indirect injuries can happen if the electrical shock causes a person to fall or the electricity starts a fire. 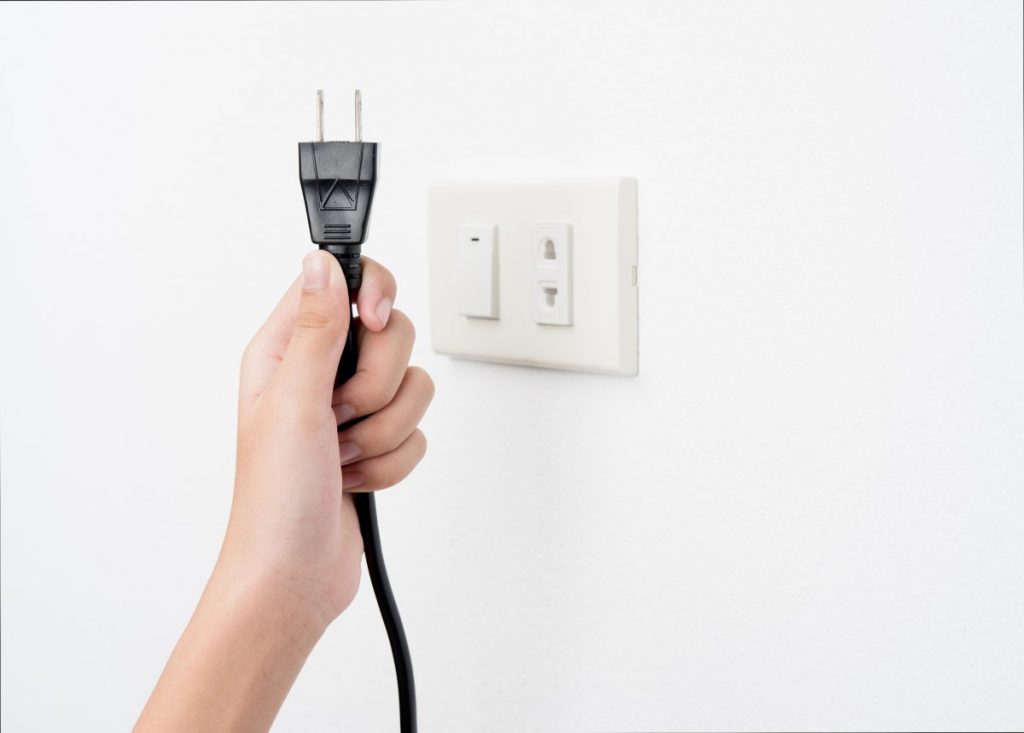 Children are more likely to experience low voltage electric shock, between 110 to 120-volts, from typical household current. Household appliances, electrical cords, and extension cords are the source of most electric shock incidents in children under twelve. Young children may bite and chew on wires, or insert toys and other items into power outlets. 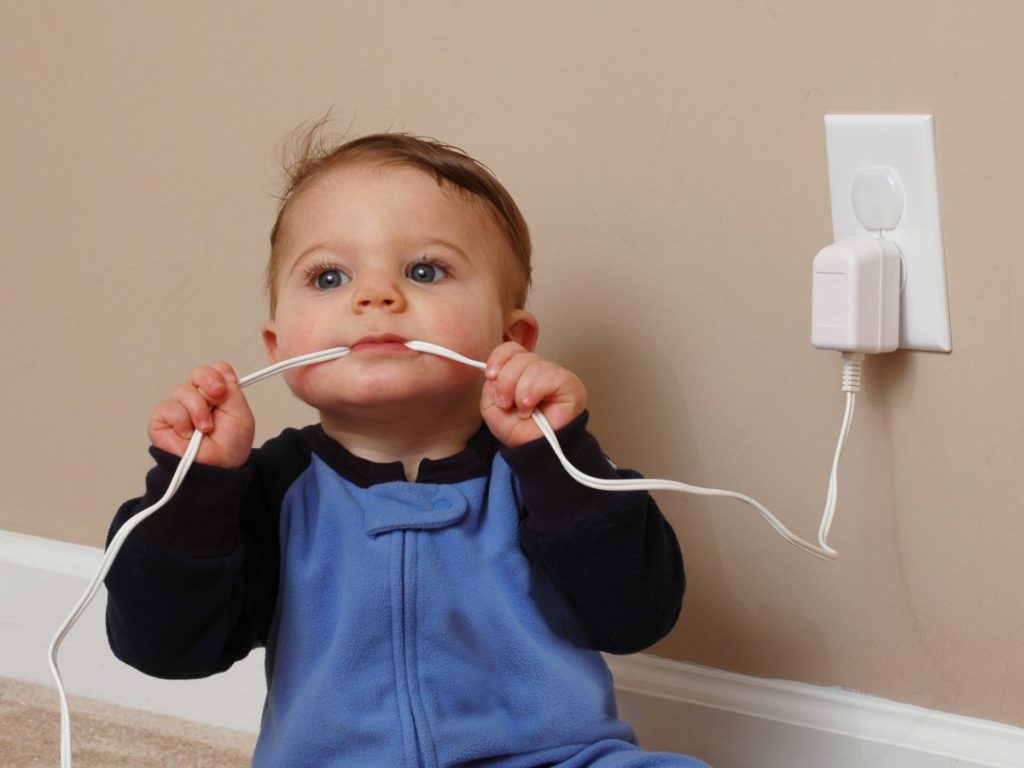 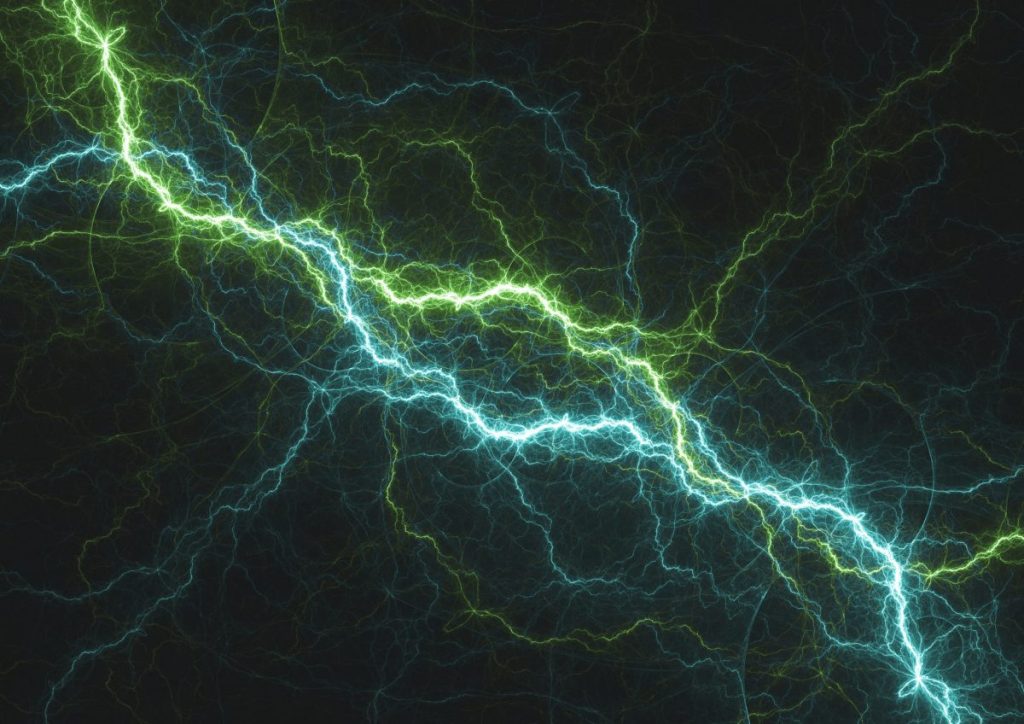 An electric shock with very low voltage may still have serious results. An electric current at 1/10 of an ampere passing through the body for two seconds can be fatal. An internal current of fewer than ten milliamperes may cause a person to lose control of muscles in the arm and hand. This "freezing" makes malfunctioning handheld tools dangerous because the person may not be able to drop the tool after the shock. Extended exposure to the current can lead to paralysis of the muscles that control breathing. 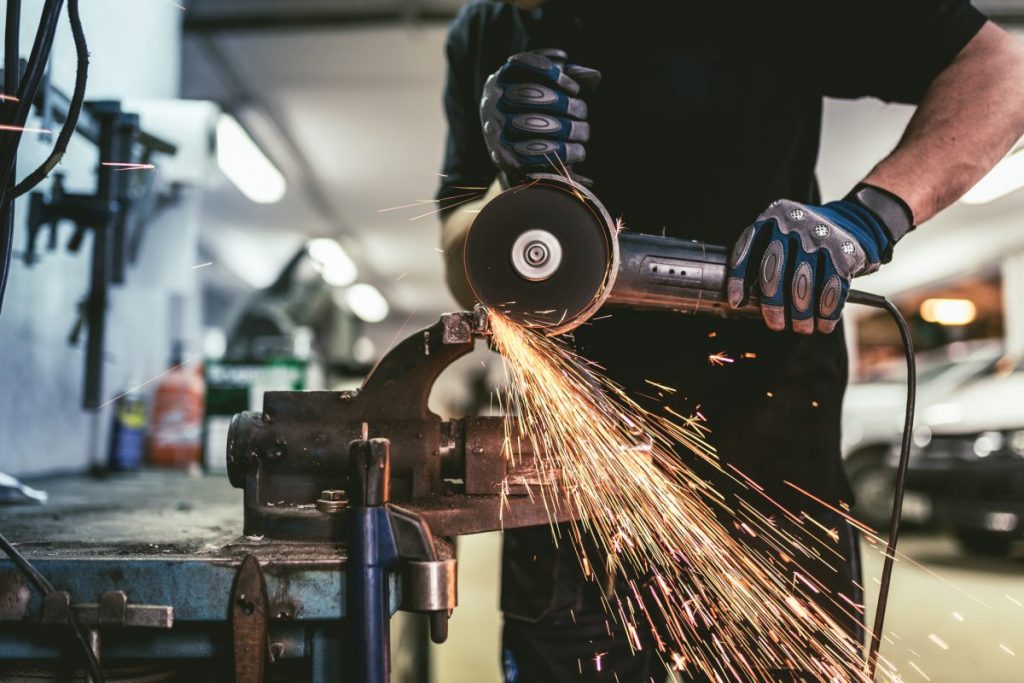 Common causes of electric shock in the home include contact with exposed wiring, touching or inserting objects into outlets, faulty wiring, and malfunctioning appliances. Shocks during bathing are also not uncommon. Possible causes outside the house include car accidents involving downed power lines or contact with water around uncontrolled electric currents from machinery or other sources. Electric shock from small bodies of water usually occurs during extreme weather events that damage infrastructure. 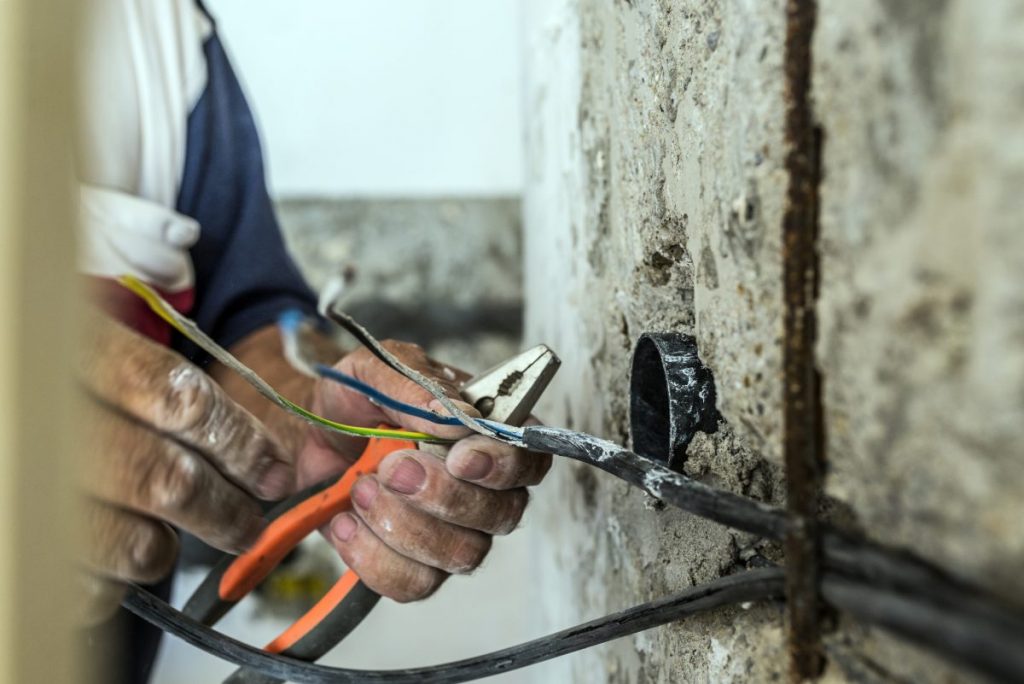 Direct contact with exposed energized conductors or circuits causes an electrical current to pass through the body. The current interferes with normal electrical signals traveling between the brain and muscles. This may cause cardiac or respiratory arrest. Indirect contact occurs when electricity arcs through the air from exposed conductors or circuits to a person. The arc may also cause a pressure wave that can injure bystanders or damage hearing. 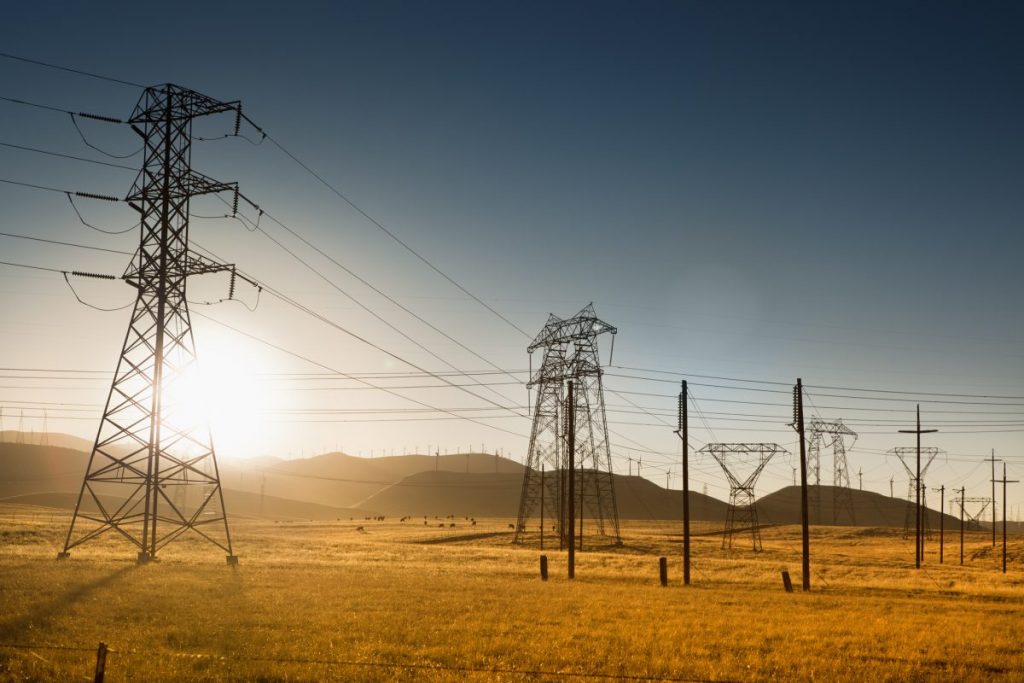 Symptoms of electric shock vary according to voltage type and strength. Other factors include the length of time the person was in contact with the source and how the electricity traveled through the body. Symptoms also vary depending on general health. An electric shock may cause a change in consciousness or broken bones. Pain in the chest, arm, neck, jaw, or back may indicate a heart attack, as can headache, difficulty swallowing, altered vision, impaired hearing, an irregular heartbeat, muscle spasms or pain, numbness, or tingling. The person may also experience breathing problems, seizures, and burns. 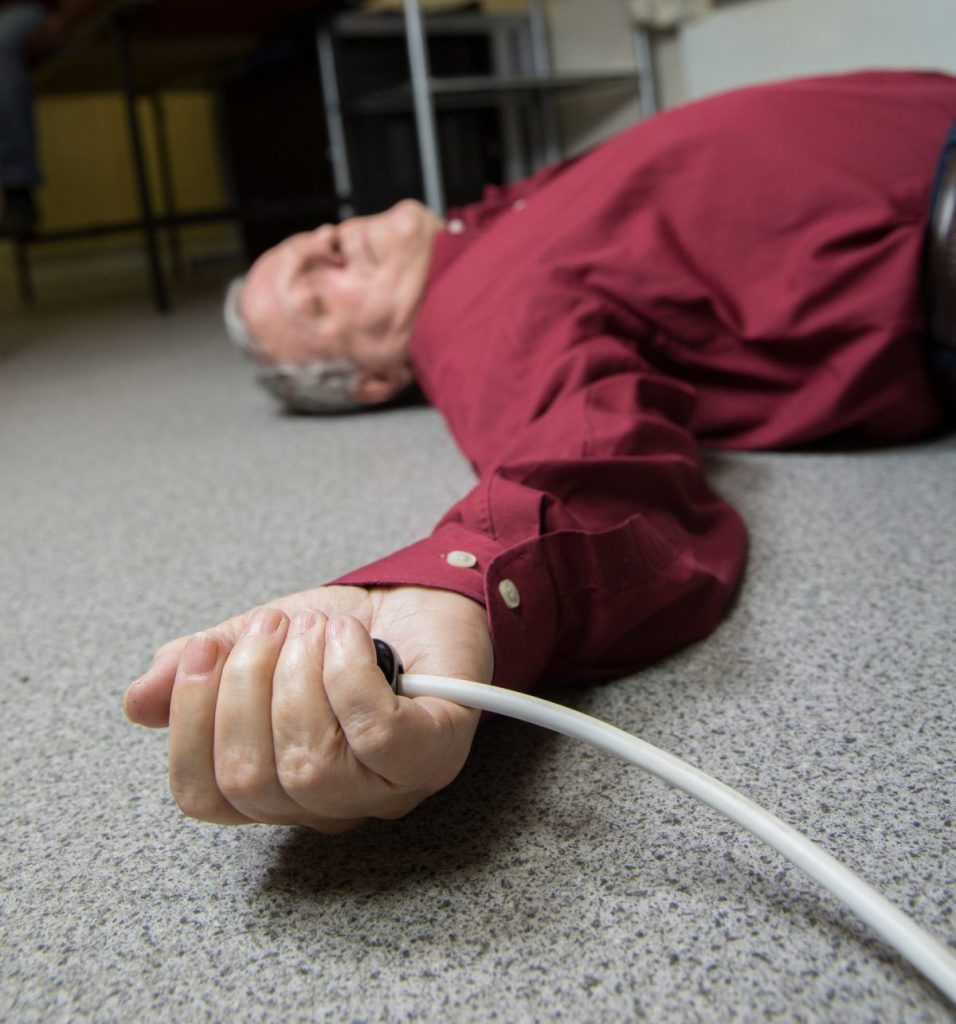 Neurological damage is possible after any form of electric shock, although it is most common in lightning strikes. This may occur through several mechanisms. Electric shock can damage any part of the body, but neural tissue has less resistance to electric current than other organs. A person who loses consciousness after an electric shock may have permanent brain damage directly caused by the electric current. 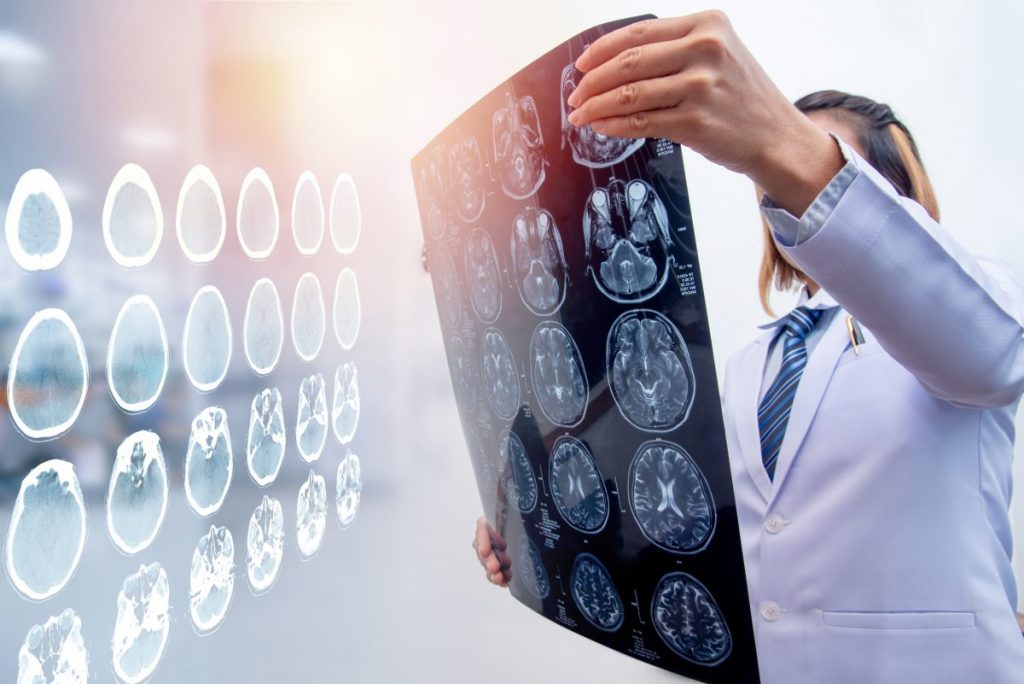 Respiratory arrest from an electric shock can indirectly cause brain damage because of oxygen deprivation. A stroke can occur when the electric shock causes an irregular heartbeat or an embolism. Paralysis is often the result of softening in the spinal cord, which happens when electrical currents begin in this part of the body. 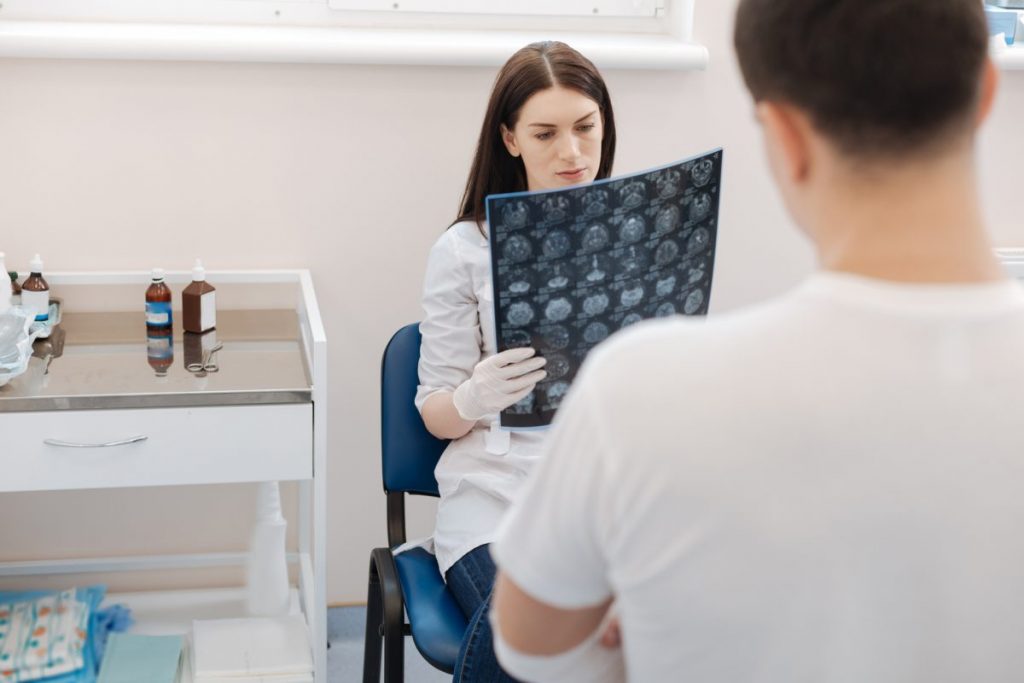 Numerous long-term effects can occur due to neurological damage from electric shock. Parkinsonism is a syndrome that causes symptoms similar to Parkinson's disease. Damage to the cerebellum causes poor coordination, altered depth perception, and impaired fine motor skills. Spinal cord damage or myelopathy can result in tingling, numbness, or paralysis depending on the severity of the injury. Spinal muscular atrophy causes poor muscle function, and sensorimotor peripheral neuropathy impairs movement. 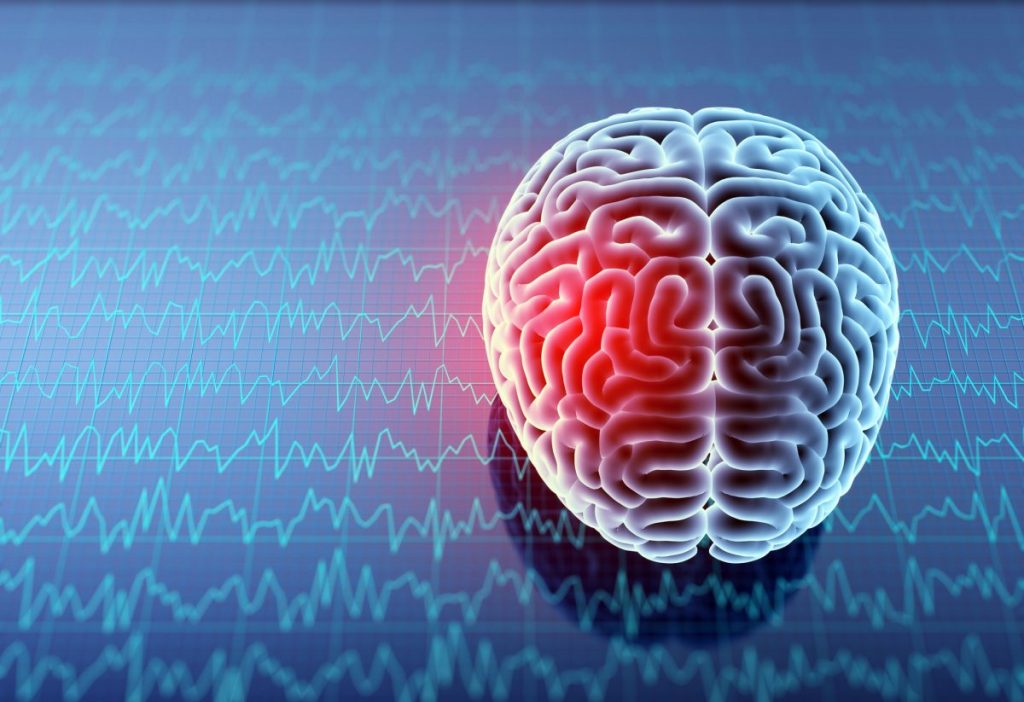