An Intro to Photic Sneeze Reflex

How Common is Photic Sneeze Reflex?

This genetic defect is estimated to affect between 18 to 35 percent of the world population. Photic sneeze reflex (PSR) or ACHOO (autosomal dominant compulsive helio-ophthalmic outbursts of sneezing) syndrome has been a recognized genetic condition for about 25 years, though publications in medical journals are rare. Most people with this affliction sneeze a set number of times, generally two or three, but there are recorded cases of up to 40 consecutive sneezes. 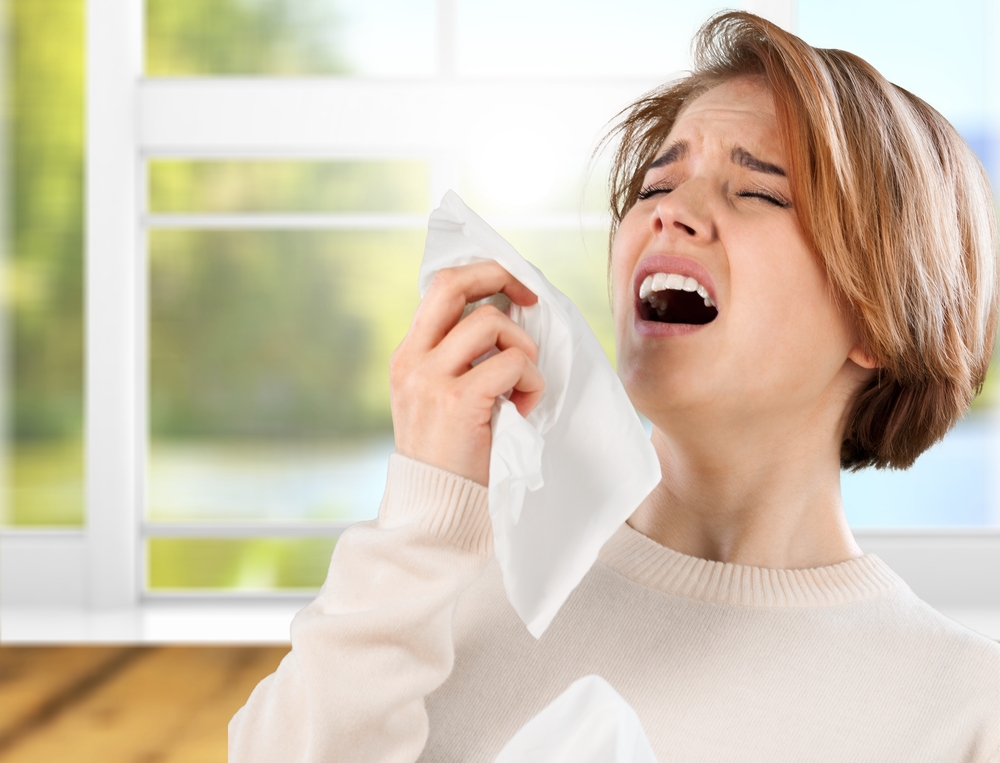 The Dangers of PSR

While PSR does not pose any medical danger, any unexpected onset of sneezing has safety risks. Automobile drivers have been involved in car accidents when struck by sudden sneezing. For example, when the condition is triggered as the driver emerges from a tunnel into daylight. Military medical journals have noted the risks of PSR to pilots; since the condition is not linked to any specific wavelength of light, visors and other filtering devices do not reduce occurrences. 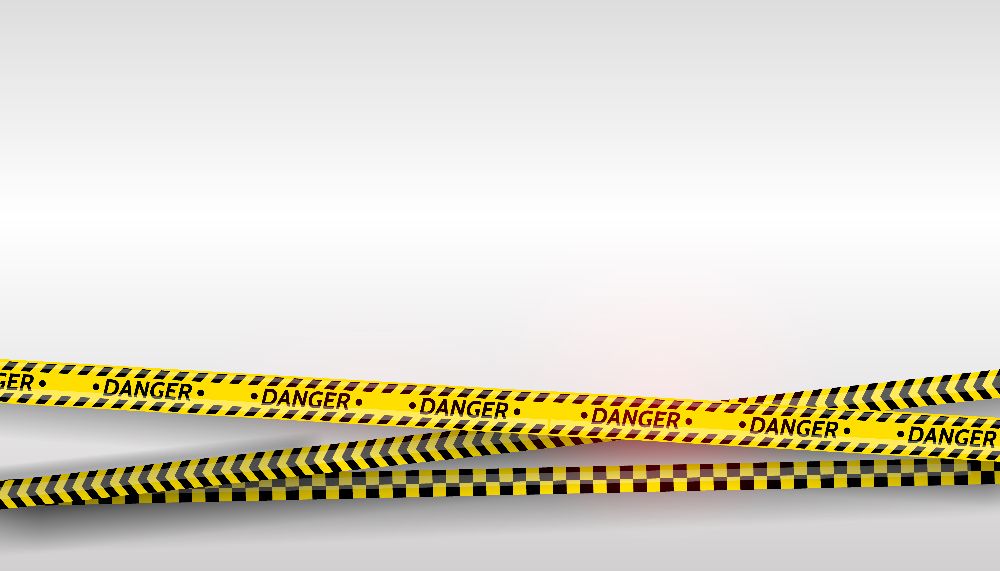 What Causes Sneezing With PSR?

While the exact cause of photic sneeze reflex is unknown, there is a running theory. Scientists believe PSR has to do with the trigeminal nerve, also known as the fifth cranial nerve. The most complex of any paired nerve in the head, the trigeminal nerve has three major branches which lead to the eyes, jaw, and nose. Medical researchers surmise that signals might get crossed because the nerves are so closely clustered together. The pupils contract in bright light due to a signal that is carried along the trigeminal nerve, which also branches off to the nose. Confusion in this region could cause violent sneezing. 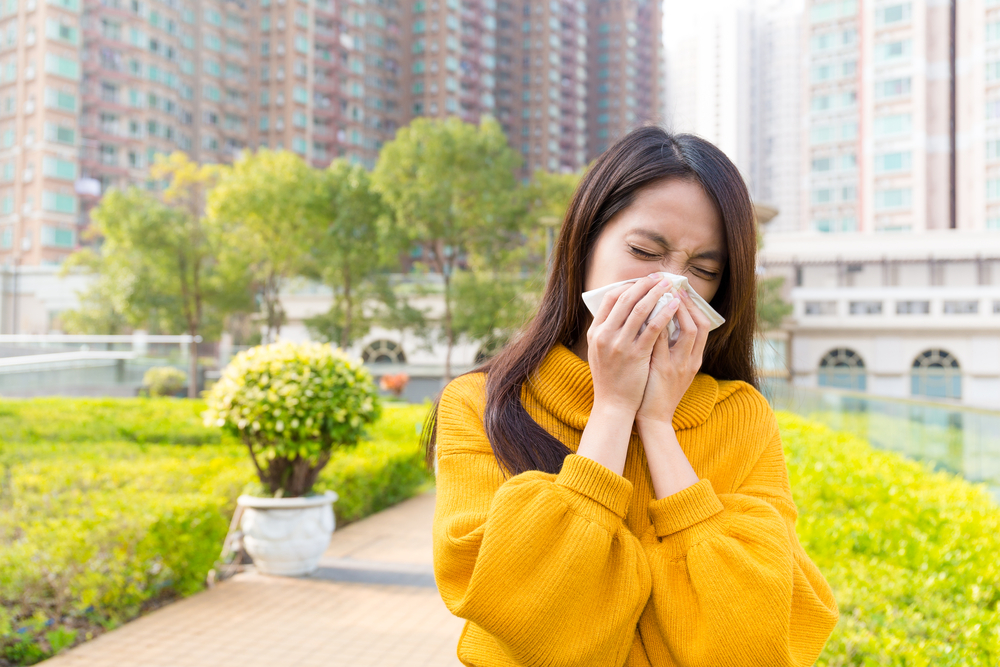 The Genetics of Photic Sneeze Reflex

The other name for this illness is ACHOO, an acronym that describes the genetic origins of the condition. ACHOO stands for Autosomal Dominant Compelling Helio-ophthalmic Outburst. "Autosomal" comes from the fact that the affiliated gene is located on a non-sex linked chromosome, meaning both men and women can have this condition. "Dominant" describes the fact that the gene only needs to be passed on from one parent to express in the offspring. Genetically speaking, this trait is even more common than green eyes. 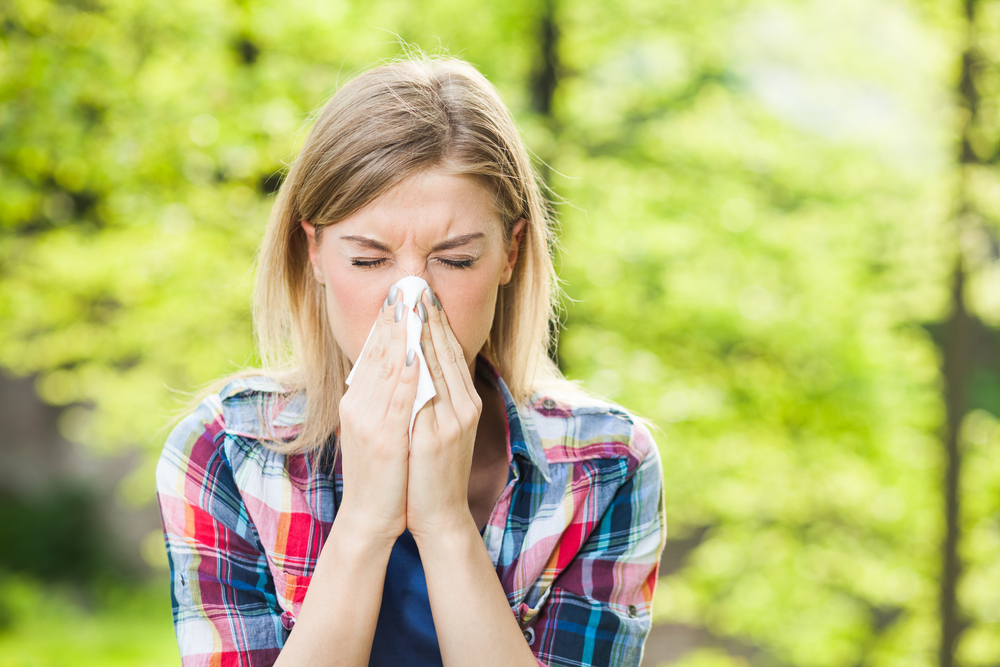 Not Just The Sunlight

It is not just the sun that can prompt the photic sneeze reflex. Some people with the condition can be triggered in the dark by a flashlight. Staring into a bright bulb, or looking directly at a bright LED light can also cause an attack. 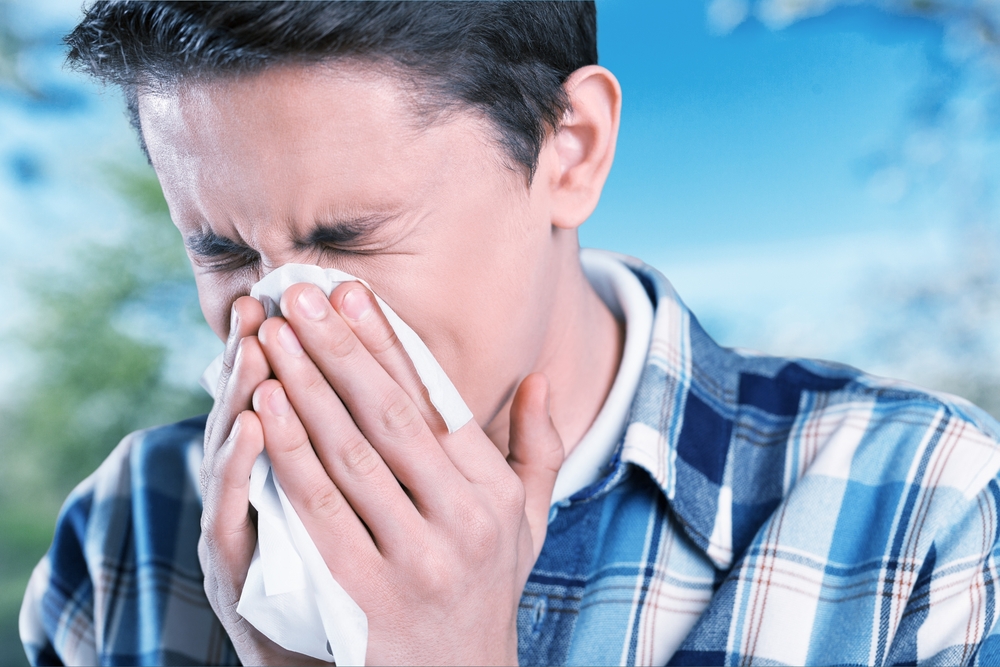 Photic sneeze reflex makes little sense to most people: after all, the sun is not an allergen. The entire purpose of sneezing is to flush out irritants from the nose. Light is not an irritant in this sense. PSR has not been researched in any detail as it does not directly cause harm. Only a few dozen case studies and medical journals delve into the issue. One theory places responsibility with the parasympathetic nervous system. As mentioned previously, another theory proposes that the optic nerve is to blame: when sending signals to the brain to constrict one's pupils, the trigeminal nerve mistakenly takes this as a signal that the nose needs to expel an irritant. Yet another theory is that the optic and cranial nerves cross, resulting in the violent sneezing fits. 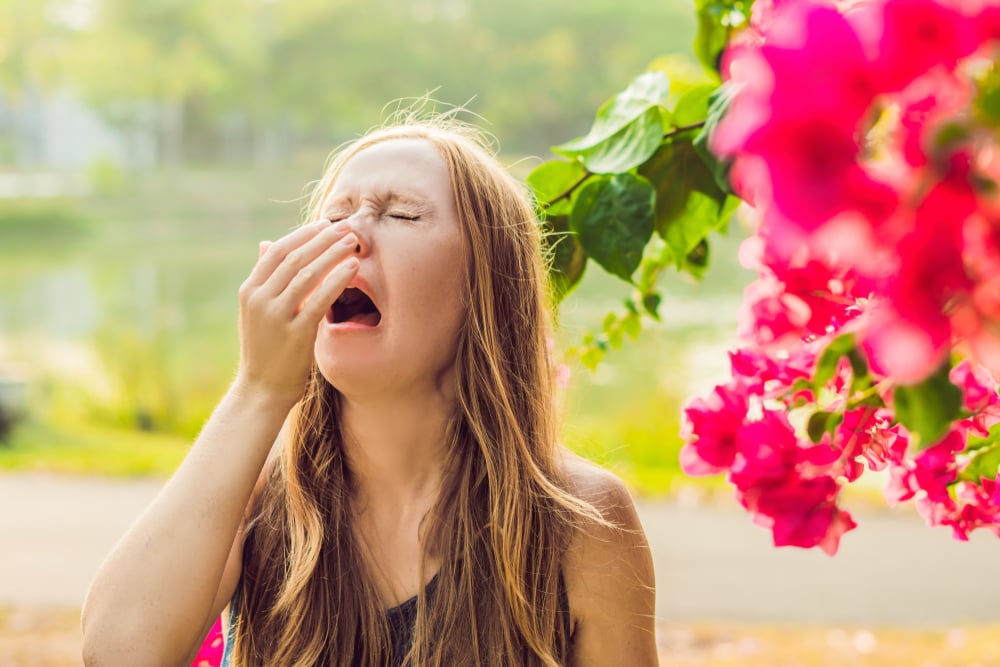 Photic Sneezing is a Common Trait to Pass On

Though cases of photic sneeze reflex are not overly common, it's commonly passed from parent to child. Because it is a dominant trait, if you have the condition there is a 50% chance you will pass it on to your offspring. If both parents have this trait, the offspring will carry the trait as well. 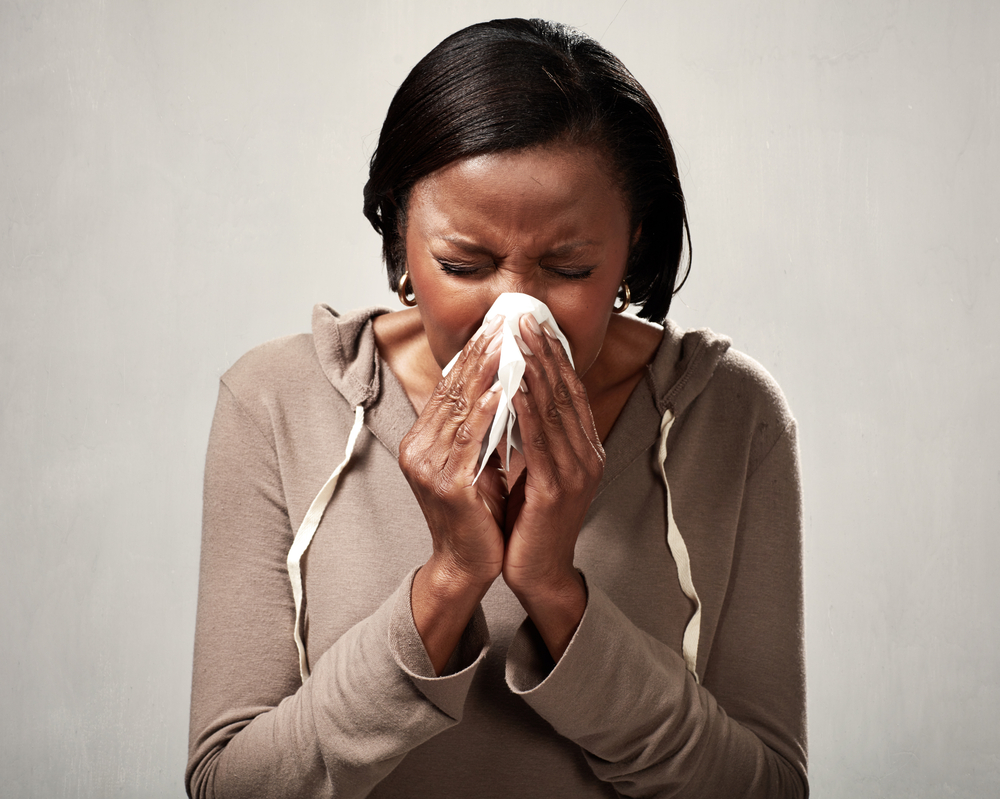 It is rare that a doctor will officially diagnose a patient with photic sneeze reflex. If you find yourself sneezing several times after exposure to bright light, it's likely you have PSR. Your sneezing attacks may increase in intensity when coming from a dimly lit place to one that is brightly illuminated. Some research indicates that the intensity of the sneezes depends on the specific wavelength of light to which you're exposed. 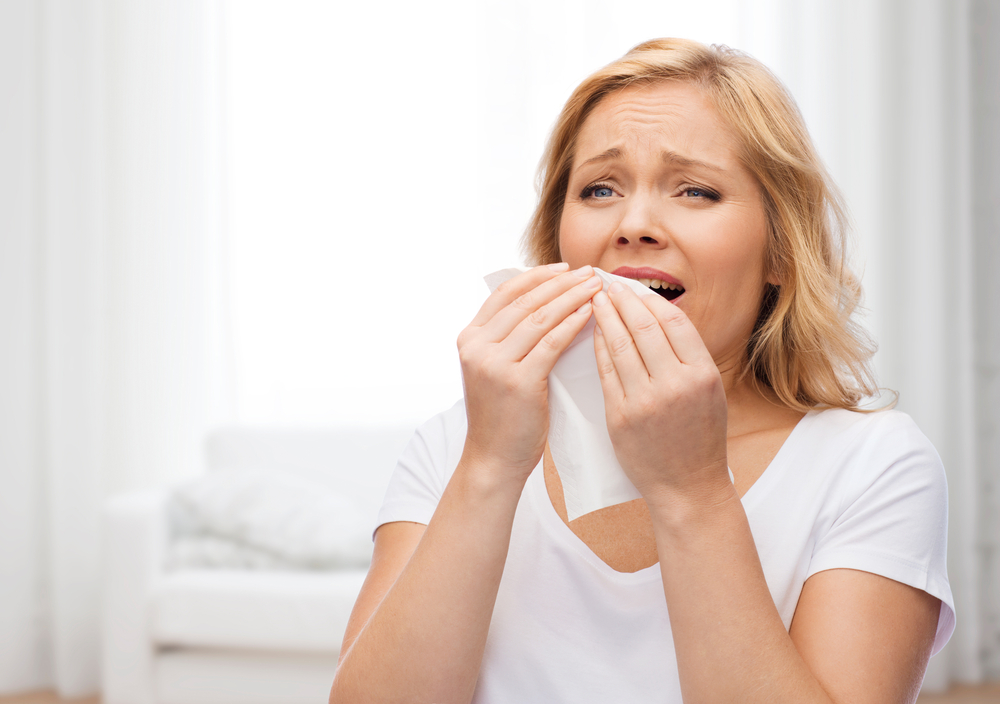 As far back as 2,300 years ago, people knew the sun could make you sneeze. In The Book of Problems, the ancient Greek philosopher Aristotle pondered: "Why does the heat of the sun provoke sneezing?" Despite the fact that we have long known that the sun causes some people to sneeze, very little is known about the condition today. It is not considered a hot topic to research, so very little medical or genetic investigation has taken place. 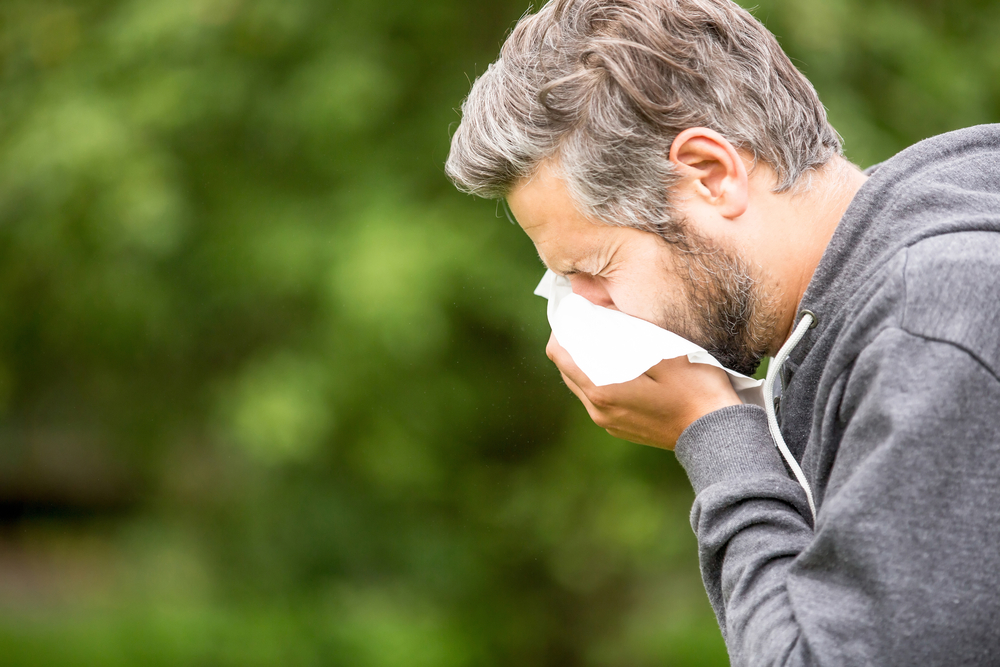 Could Photic Sneeze Reflex Be an Evolutionary Relic?

In conclusion, let's consider one last theory on the existence of PSR. Some experts have suggested that it could be a trait left over from our cavemen ancestors. In those days, fires were constantly lit at night, often in dark and musty caves. Researchers speculate exposure to firelight prompted the act of sneezing to clear contaminants and pathogens from the airways, promoting better health and longevity! 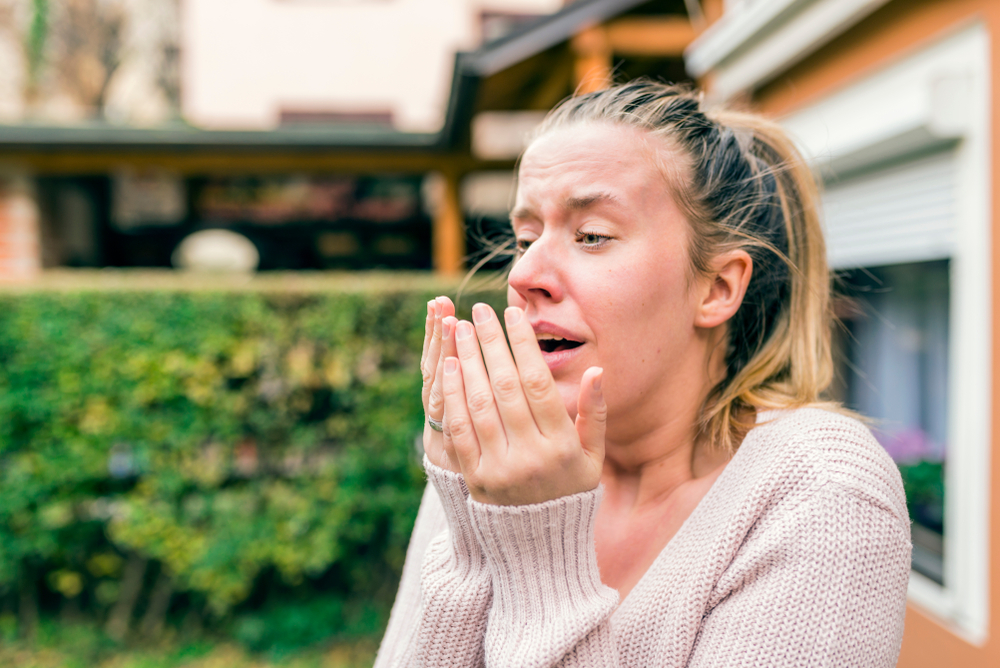