Ovulation and menstruation rely on the release of hormones estrogen and progesterone every month at the same point in the cycle. When a woman’s hormones are not released properly, she may experience anovulation and can go for a long time without bleeding, or she will bleed more often. Changes in hormones can also cause heavier bleeding than normal. This condition is especially common among adolescents and premenopausal women. Women who are overweight or underweight are also more likely to experience hormone imbalance with AUB. Treatment: Women who are not trying to get pregnant may be given combination oral contraceptive pills to balance hormones and regulate their cycles. Women with anovulatory dysfunctional uterine bleeding may be given progesterone because they have too much estrogen being released, and no progesterone to oppose it. 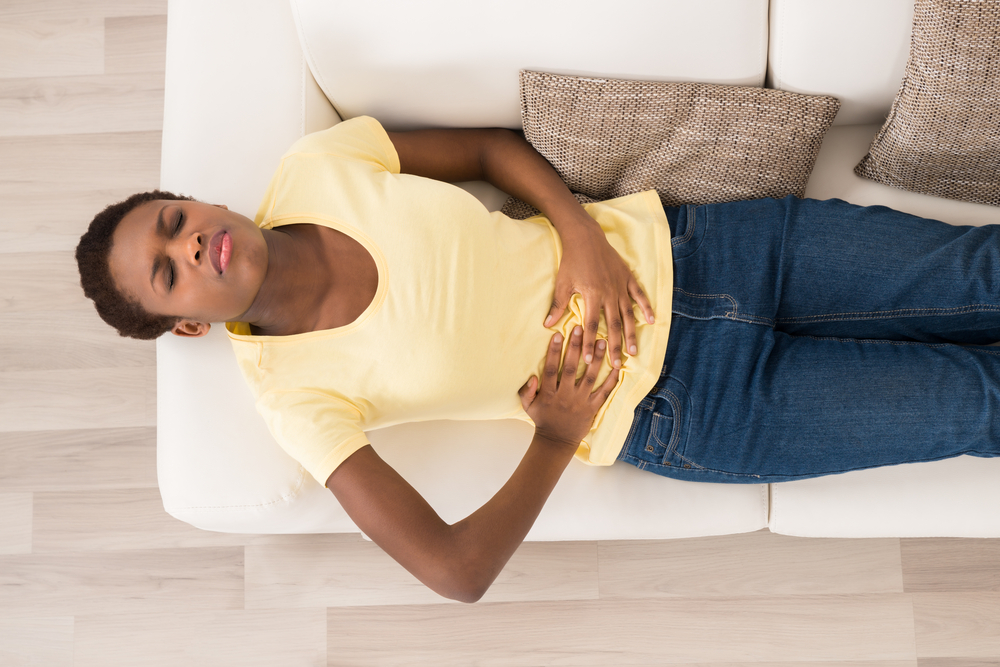 Thickening of the uterine wall or lining

Thickening of the uterine wall or lining can happen either because of a hormone imbalance or due to a medical condition which causes tissue to grow abnormally. The following two conditions cause heavy, long-term, and irregular bleeding. Endometrial hyperplasia is a condition in which the endometrium, or the uterine lining, becomes too thick. According to The American College of Obstetricians and Gynecologists (ACOG), it is often caused by anovulatory cycles with excess estrogen and no progesterone. Estrogen causes the uterine lining to grow and thicken, preparing it for implantation. Then ovulation occurs, and progesterone is released, preparing the body for pregnancy. The decrease in progesterone levels toward the end of the cycle (if the woman is not pregnant) triggers menstruation—so without the release of progesterone, there is no shedding of the uterine lining. The uterine lining will continue to grow, and the cells will crowd one another and possibly become precancerous. Adenomyosis is a thickening of the uterus that occurs when endometrial tissue begins to grow on the outer wall of the uterus. The cause of this condition is unknown. It is most common in women 40 to 50 years of age. Treatment: Endometrial hyperplasia can be treated with progestin in most cases. It can be taken orally, as a shot, in an intrauterine device (IUD), or as a vaginal cream. The progesterone should treat the condition by triggering uterine bleeding like a regular period. Adenomyosis can be treated with combination birth control pills or an IUD. In severe cases, and once a woman is no longer planning on getting pregnant, her doctor may recommend a hysterectomy (removal of the uterus). 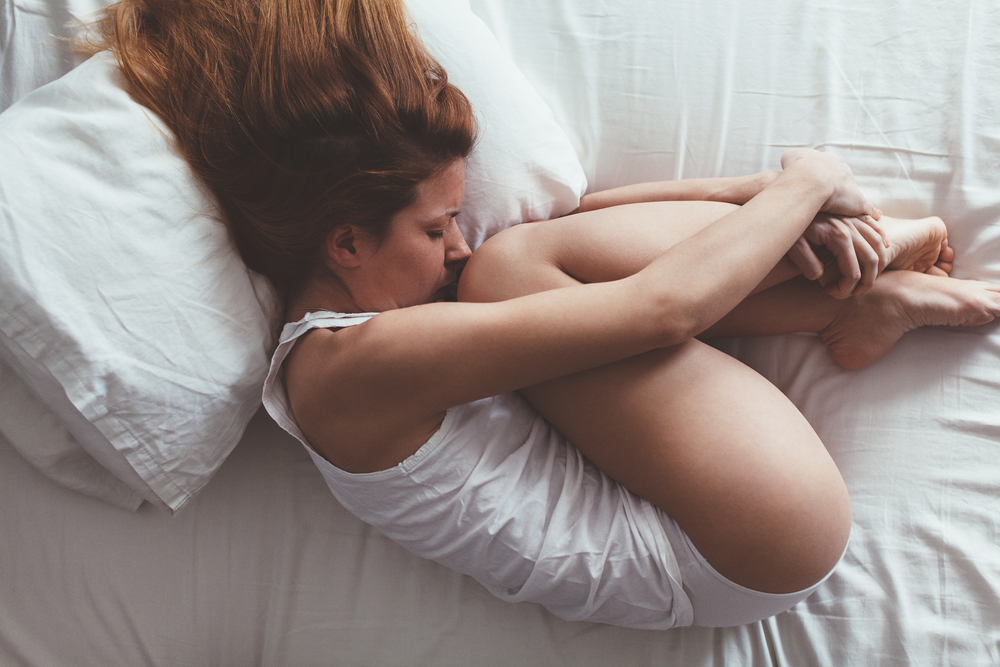 Uterine fibroids are growths in the uterus that are very common (occur in up to 25% of women) and most often non-cancerous. Many women have uterine fibroids and are not aware because they are asymptomatic. Women with symptoms may experience heavy and prolonged periods, pelvic pain and pressure, and rarely, reproductive dysfunction. Treatment: Your doctor may choose to closely observe without medication and wait to see if symptoms improve. If symptoms need to be managed, combined oral contraceptive, progestins, and IUDs may help control heavy and irregular bleeding. Nonsteroidal anti-inflammatory drugs (NSAIDs) can also be taken to relieve pain related to fibroids. If the fibroids need to be removed, there are options for noninvasive, minimally invasive, and traditional surgeries that can treat the condition. 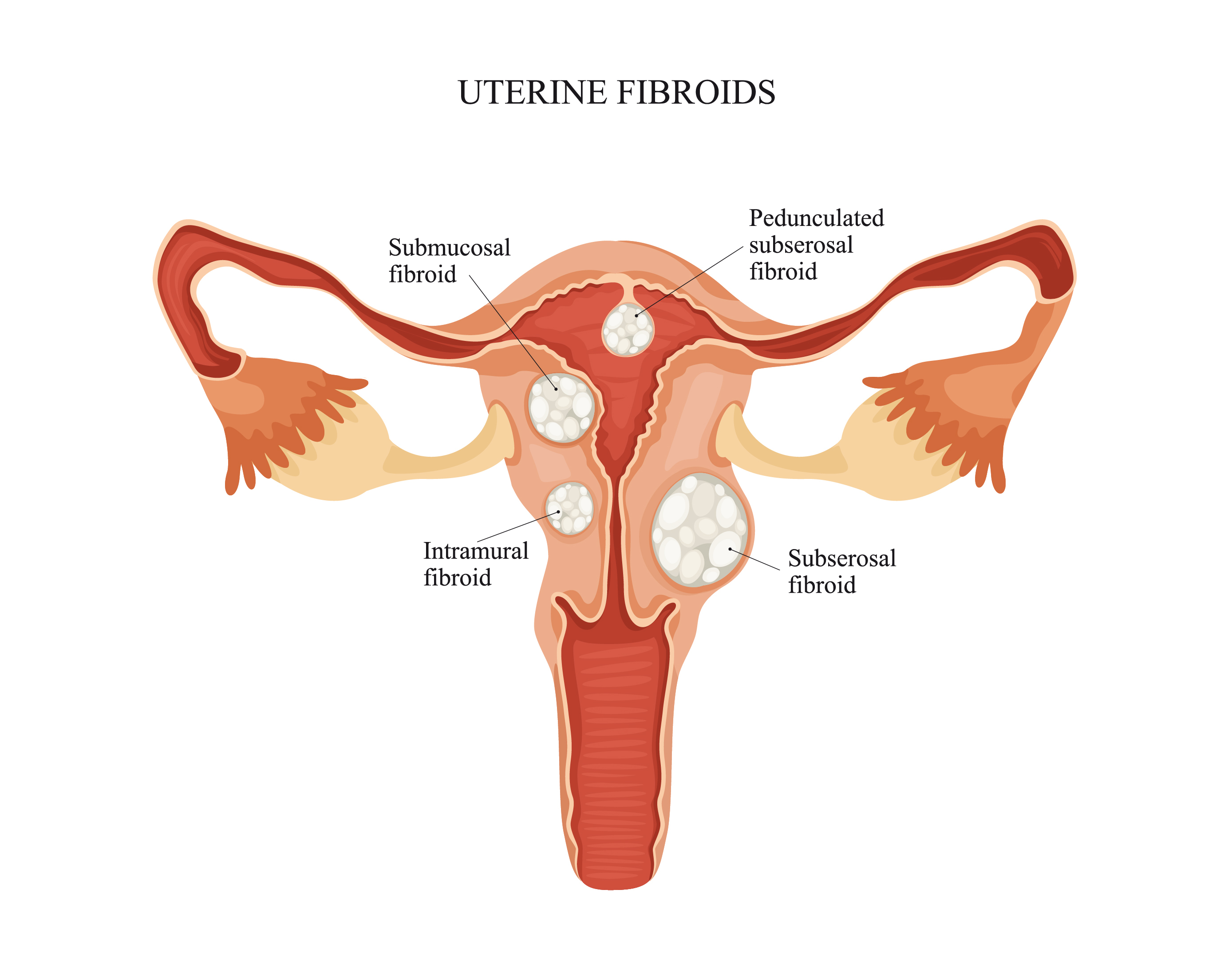 Uterine polyps are growths in the lining of the uterus which extend into the uterine cavity. These growths are usually noncancerous although in some cases they can be precancerous. Uterine polyps may cause symptoms like heavy and irregular menstrual bleeding, bleeding after menopause, and infertility. The cause of uterine polyps is unknown. Although hormonal factors seem to play a role in their formation. Treatment: According to the Mayo Clinic, watchful waiting is usually the best treatment for uterine polyps if they are not cancerous and are not affecting fertility. Certain medications may be used short-term to treat symptoms. In more severe cases, the polyps can be removed surgically through a hysteroscopy and will be sent to a lab for examination. 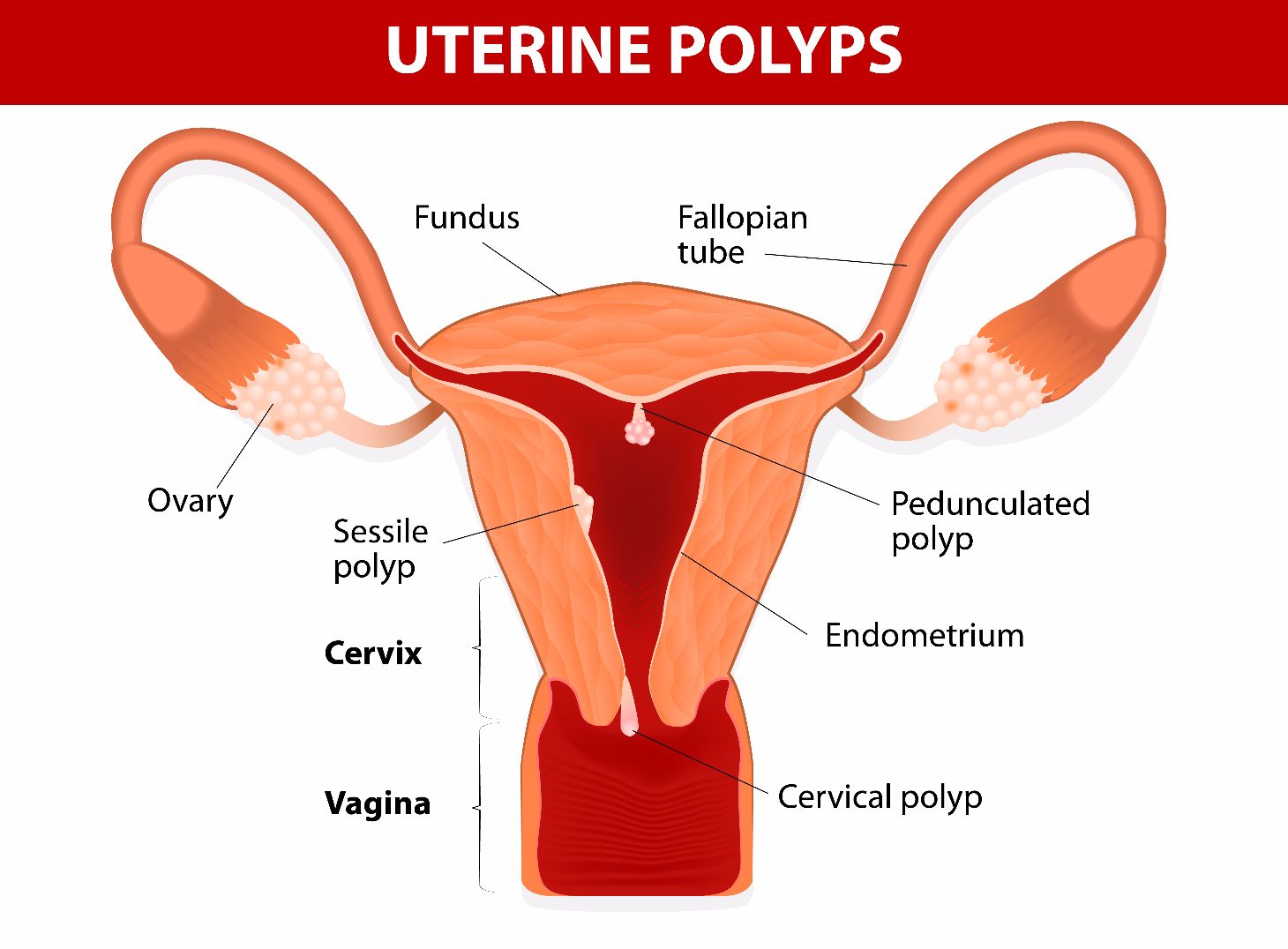 Sometimes bleeding disorders and problems with blood clotting, such as von Willebrand disease, can cause abnormal uterine bleeding. In one study, 150 women with abnormal uterine bleeding were screened, and 17% were diagnosed with a bleeding disorder. Specifically, these women experience menorrhagia. This is a heavy and prolonged menstrual bleeding. When a woman with menorrhagia is diagnosed with a bleeding disorder, she is usually sent to a hematologist for treatment. Treatment: A hematologist may prescribe a medication to help with blood clotting. 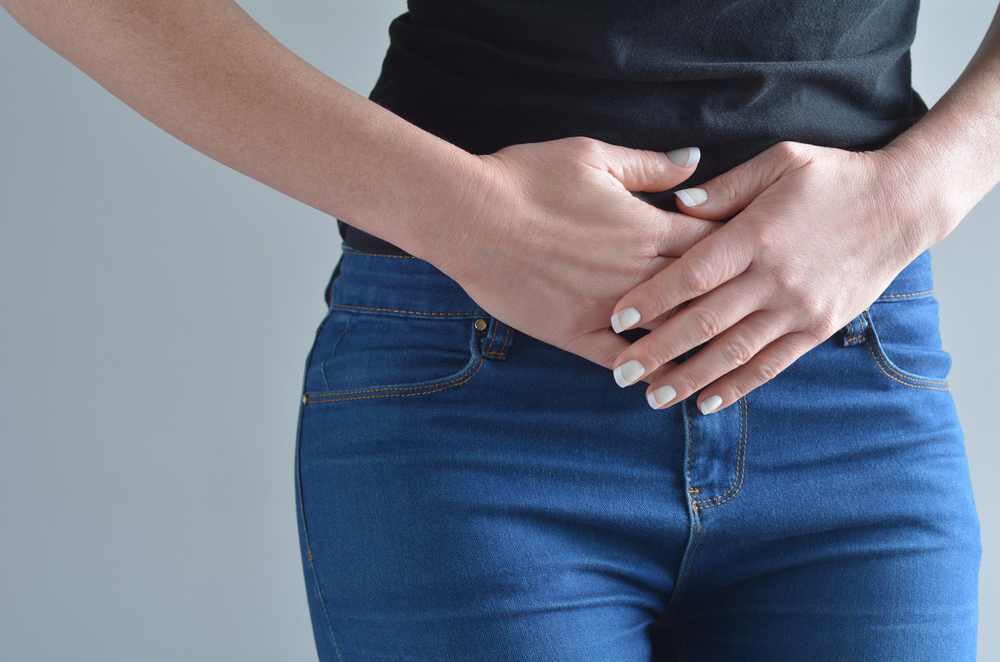 Polycystic ovary syndrome is when there are elevated androgens (male hormones) in a woman’s body. This causes a set of symptoms which may include no menstruation, heavy menstrual periods, excess body hair, acne, infertility, and polycystic ovaries. Symptoms are usually worse if the woman is overweight. Treatment: The first line of treatment is through lifestyle change. Losing weight and eating a low glycemic diet may help control symptoms and regulate menstruation. Combination birth control pills or progestin therapy may be helpful in controlling symptoms as well. If a woman with PCOS wishes to get pregnant, she may be prescribed a medication to stimulate ovulation which includes clomiphene (Clomid), letrozole (Femara), metformin (Glucophage, Fortamet, others), or gonadotropins (given by injection). 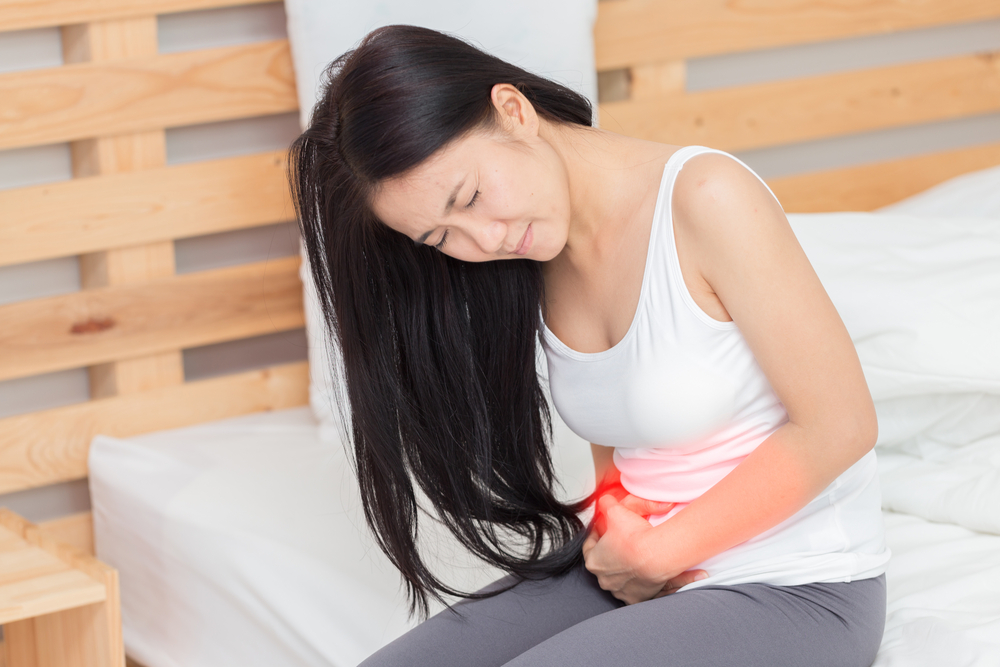 Hormonal birth control including oral combination birth control, the mini pill, vaginal rings, skin patches, and IUDs (both hormonal and copper), can cause irregular bleeding in the beginning. Sometimes it can take up to six months for the body to acclimate to a new birth control. Treatment: Expect irregular cycles and breakthrough bleeding for the first few months on a new hormonal birth control. If you are experiencing pain, depression, or anxiety, or your symptoms last a very long time, talk to your doctor about switching birth controls. 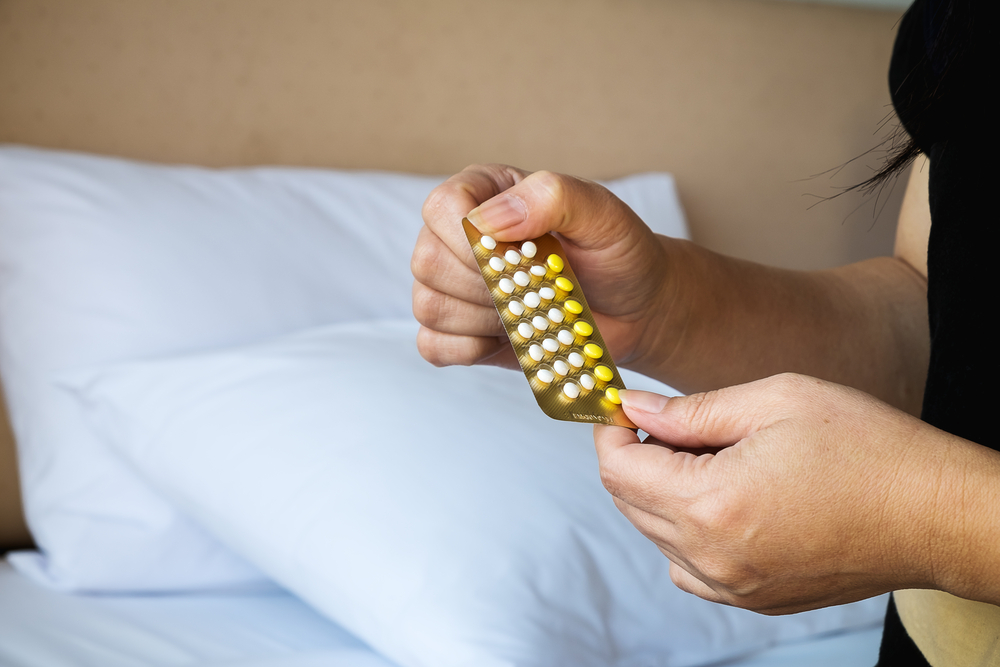 Abnormal uterine bleeding is usually not a symptom of a life-threatening condition. Rarely, however, it can be a sign of uterine, cervical, ovarian, or vaginal cancer. More than 70 percent of cervical cancer cases are caused by the human papillomavirus (HPV)—more specifically, HPV-16 and HPV-18. Ovarian and endometrial (uterine) cancers are most common in post-menopausal women. Treatment: The first line of defense against cancer is prevention and to catch it early. Cervical cancer develops slowly. It may be caught early and prevented with regular Pap tests. Gynecologic cancers are treated much like any other cancer found in the body: with surgery, chemotherapy, and radiation. 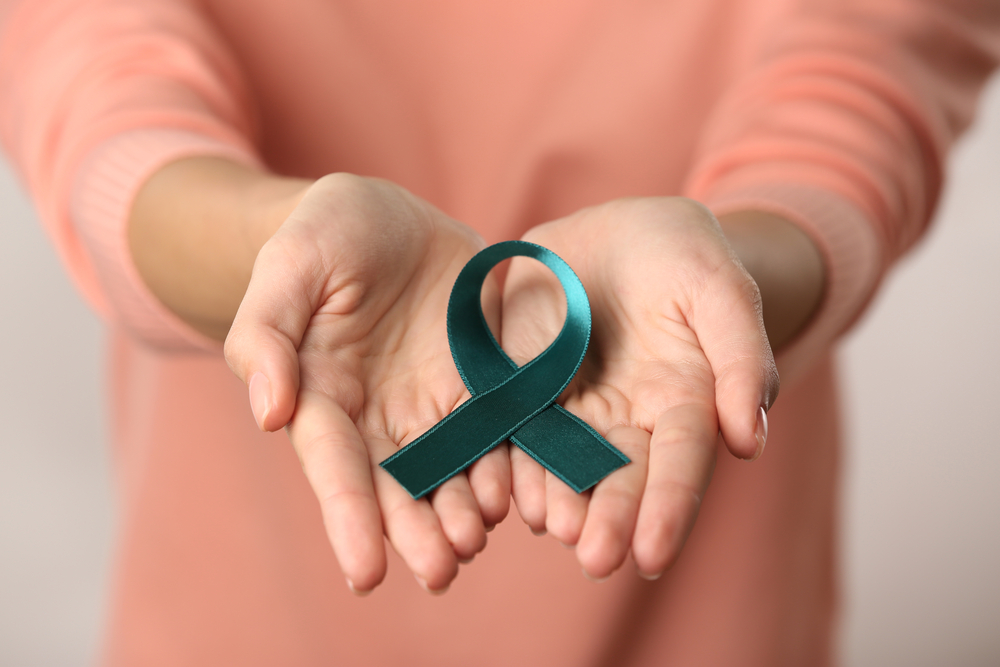